Home » 10 Best Iranian Soccer Players of All Time
other

Iran’s team has always performed well and made some unforgettable moments with a reputation for reliable defense in the World Cup and other major soccer championships. That’s why it’s essential to introduce the best Iranian soccer players. Even though Middle Eastern nations have never been as excellent as countries such as Brazil or the European nations, there have been some best Iranian soccer players who have broken certain worldwide records. As soccer’s global impact continues to increase, we should expect to see more and more talented players emerge. We will discuss the top players in Iran’s soccer history with the current best players, who are young stars.

Who Are the Best Iranian Soccer Players of All Time?

It’s challenging to compile a complete list of the best Iranian soccer players of all time since there have been several top-level players who have competed in several different leagues over the years. Some argue that being ranked the greatest player should be determined by more than simply awards, but by a combination of factors, including the player’s talent and consistency throughout his career. We provided some of the best Persian soccer players of all time in the following. 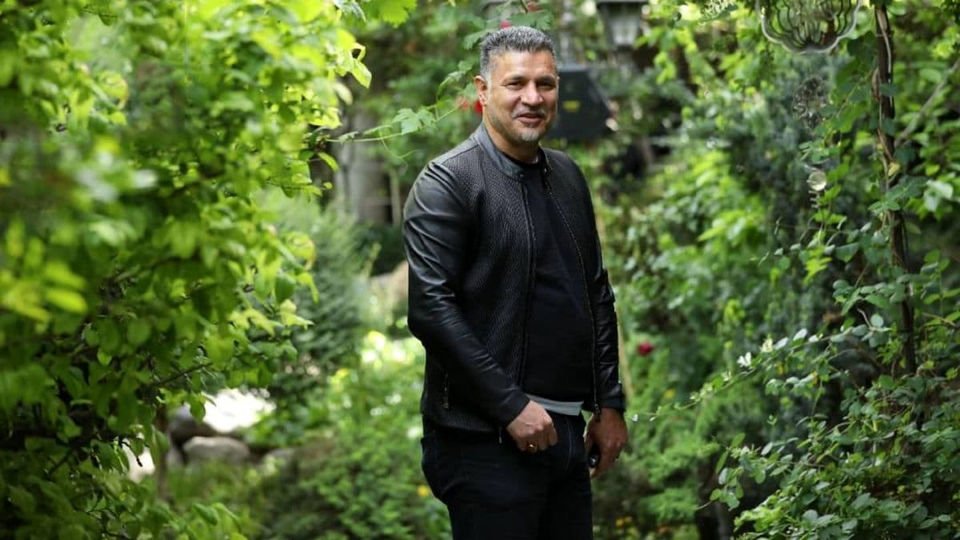 Ali Daei, one of the best Iranian soccer players, was born on March 21, 1969, in Ardebil, Iran; he’s a Persian legend soccer player. While captaining Iran from 2000 and 2006, he played for Arminia Bielefeld, Bayern Munich, and Hertha Berlin in Germany’s Bundesliga as a striker. He’s widely known to be one of the greatest players the world has ever seen. With 109 international goals, he held the global record for the most international goals scored until Cristiano Ronaldo surpassed it in 2021. During his playing career, Daei was the UNICEF Goodwill Ambassador in 2001. After retiring from his professional career, he served as a FIFA Football Committee member from 2007 and 2013. He spent many years coaching teams such as Perspolis, Rah Ahan, Saipa, and many others. 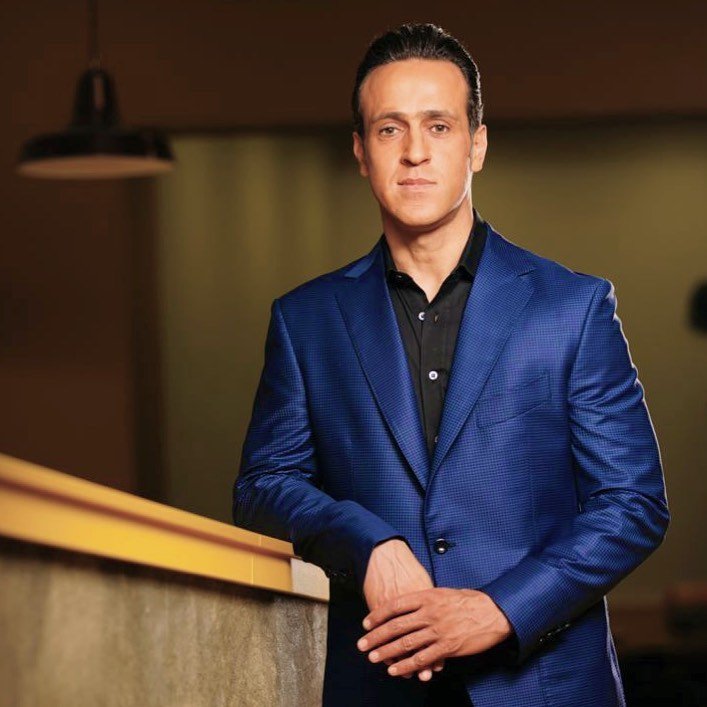 One of the best Iranian soccer players is Ali Karimi, born on November 8, 1978, in Karaj, Iran. A total of 127 games for the Iran national team resulted in 38 goals in his career. He has played for several teams, including Fath Tehran, Persepolis, Al-Ahli Dubai, Bayern Munich, Qatar SC, Steel Azin, Schalke 04, Tractor Sazi, and the Iranian national team. The Iranian player became the fourth player to win the Asian Footballer of the Year award in 2004. In 2005, the Bundesliga champions Bayern Munich announced on their website that they had signed Karimi to a one-year agreement. Karimi was the third Iranian to try his luck with Bayern, after Ali Daei and Vahid Hashemian.  He was not the first Iranian player to try his luck in the Bundesliga with Bayern Munich, but he’s by far the most well-known of those who have done so. Ali Karimi played for many years for Perspolis and is greatly popular among this teams’ fans. 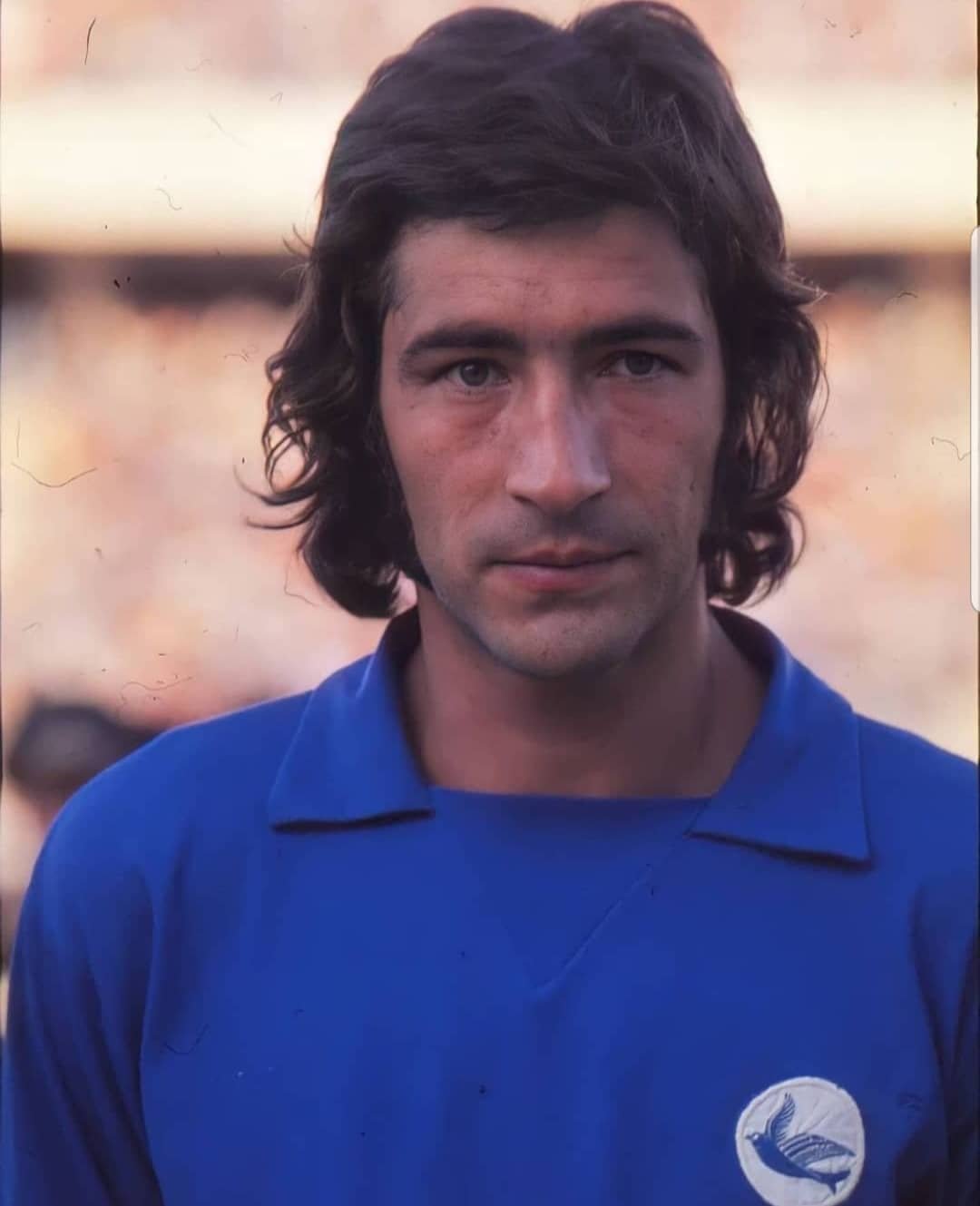 Nasser Hejazi was born on14 December 1949 and died on May 23, 2011, known as one of the legendary Iranian goalkeepers, who was most known for his time with Esteghlal (Taj.); he’s still known as one of the best Iranian soccer players. He played 62 times by the Iranian national football team and is widely popular as the finest goalkeeper in Iranian football and Asian football history. In 2000, the Asian Football Confederation named him the second-best Asian goalkeeper of the twentieth century. In the 1990s, Hejazi managed various football teams, most notably the Mohammedan SC, the Esteghlal Tehran (Taj), and the Esteghlal Ahvaz. During his time with the Esteghlal Tehran, Hejazi helped the team win the Iranian League in 1998 and then reach the final of the Asian Champions League in 1999.

Hejazi was diagnosed with severe lung cancer in late 2009, and his treatment began immediately. While attempting to return to his usual daily responsibilities as a coach, his sickness led him to the hospital. Hejazi lapsed into a coma on May 20, 2011, as he was watching a soccer match between the Esteghlal Tehran and Pas Hamedan soccer teams in the final week of the Iran Pro League. On May 23, 2011, he passed away in Kasra Hospital in Tehran after failing to recuperate from a stroke the day before. On May 25, 2011, his burial service took place at Azadi Stadium in western Tehran. Hejazi’s popularity extended beyond Iran’s borders, as shown by Sir Alex Ferguson, the coach of Manchester United, who conveyed the club’s compassion for Hejazi’s sickness in April of 2010. 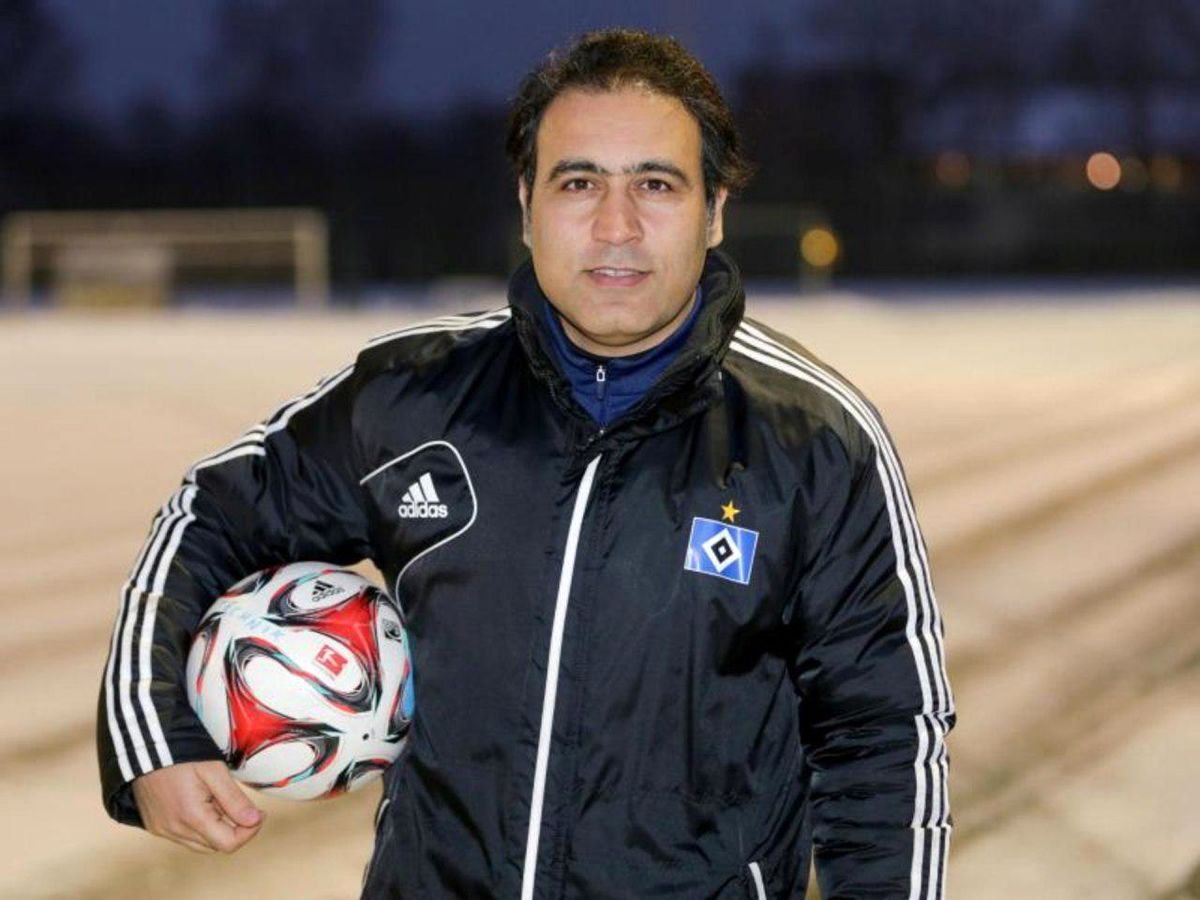 He’s an Iranian professional football coach and former player, born on July 24, 1977, in Ray, Iran. He’s one of the best Iranian soccer players ever. As one of the best Iranian soccer players, he played for Iranian teams Bank Melli, Persepolis, Steel Azin, Damash Gilan, and German clubs VfL Bochum, Hamburger SV, and Eintracht Frankfurt, where he spent 12 seasons in the Bundesliga. He also played for the Iranian national team. Mahdavikia was one of the key players in Iran’s critical 1–0 win against Bahrain in the 2006 FIFA World Cup qualifying match, held in Germany. Mehdi’s most memorable national team performance was against South Korea in the 2004 Asia Cup, in which he assisted three goals in Iran’s 4–3 victory. Many consider his thrilling performance against the United States in the 1998 World Cup, in which he scored Iran’s second and winning goal, to be his finest ever game. 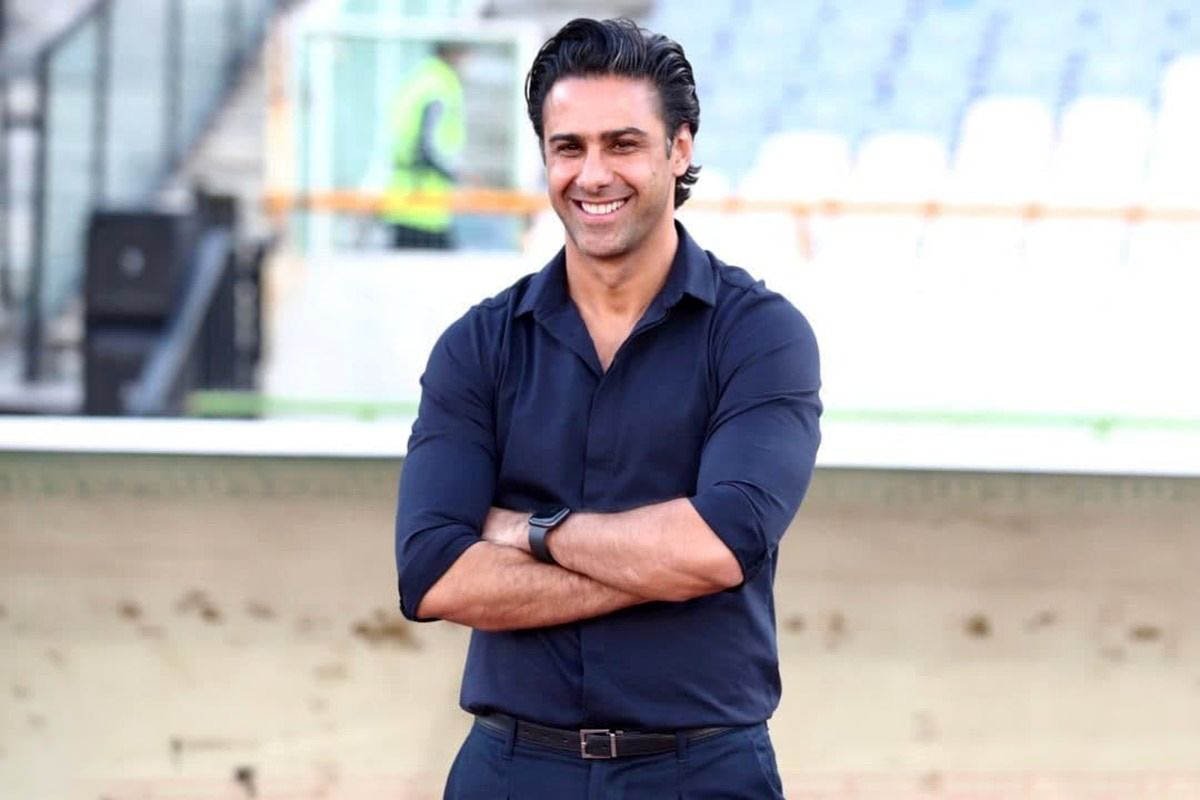 Majidi is one of the unforgettable players for Esteghlal FC and among the best Iranian soccer players, who was born on June 3, 1976, in Tehran, Iran. As a former player and coach in Iran’s professional football league, Farhad Majidi is presently coaching Esteghlal. He mostly played as an attacking midfielder in his previous football career with Esteghlal. He began his professional career with the Bahman club and has since played for teams in Austria, the United Arab Emirates, and Qatar. A member of the Iranian national football team from 1996 to 2011, he appeared in 45 games for the national team during that period. As a nominee for the Asian Footballer of the Year award in 2010, he placed second in the voting. Esteghlal Fans particularly love Majidi since he scored the winning goals in the Tehran Derby match against Perspolis. 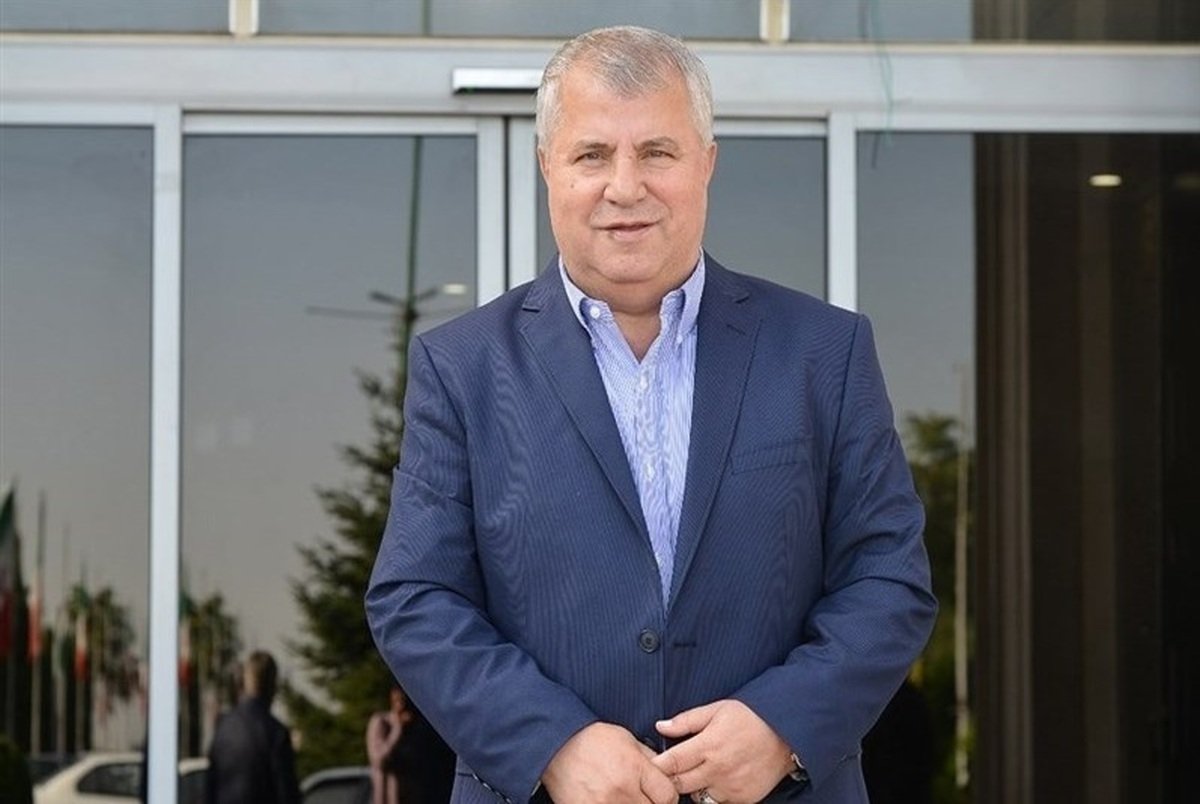 Ali Parvin is a famous retired soccer player and will always be one of the best Iranian soccer players born on September 25, 1946, in Tehran, Iran. He’s widely famous for being one of Iran’s outstanding players. He has been primarily linked with Persepolis throughout his career, playing for the team for eighteen years, managing the team for seventeen years in three different positions, and serving as the club’s president.

He was discovered by somebody who noticed his talent while playing street soccer. Paykan signed him, and he became a star player during the team’s brief existence in Iranian football. After the dissolution of Paykan FC in 1970, he joined Persepolis FC. After the Iranian Revolution and throughout the Iran–Iraq War, Parvin played a crucial role in enabling the Persepolis club to survive. Parvin was appointed manager of the Iranian national team in late 1989. He previously has leadership experience with Tehran’s Persepolis FC, a major club. As the squad won the 1990 Asian Games football gold medal, his popularity soared even more. 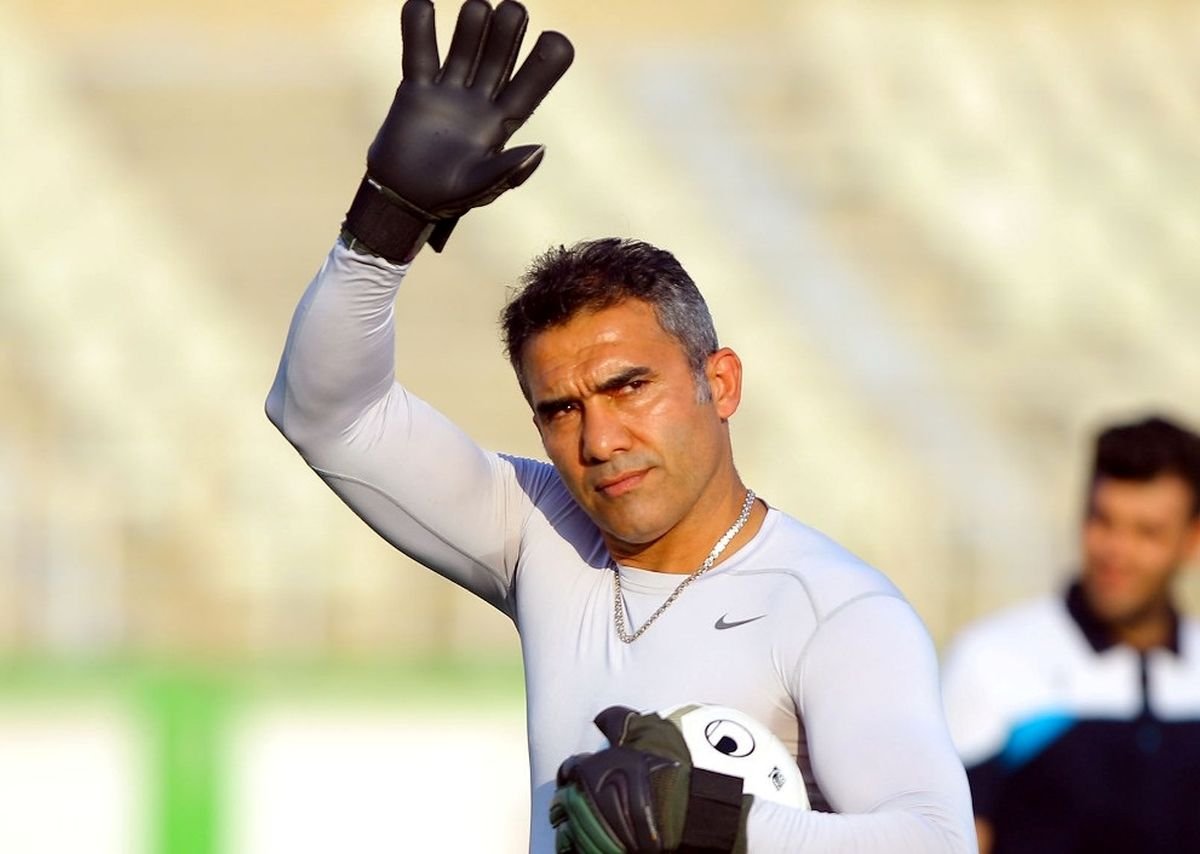 Here is one of the best Iranian soccer players, Ahmadreza Abedzadeh, who was born on May 25, 1966, in Abadan, Iran. Abedzadeh was a goalkeeper for the Iranian national team in his playing days. Esteghlal, Sepahan, Persepolis, and the Iranian national team were among the clubs he played for. He played for Iran in 79 games and was a member of the Iranian national team in the 1998 FIFA World Cup. Abedzadeh is widely well known as the Eagle, and most people remember him by playing in Perspolis. After Abedzadeh had a stroke in 2001, he decided to retire from the soccer. He was discharged from the hospital a few weeks later, but he still suffers from the long-term effects of his stroke. After he retired from playing football, he worked as a goalkeeping coach for several teams. Saipa, Esteghlal Ahvaz, Persepolis, Steel Azin, and Los Angeles Blues were some teams he coached between 2001 and 2012. 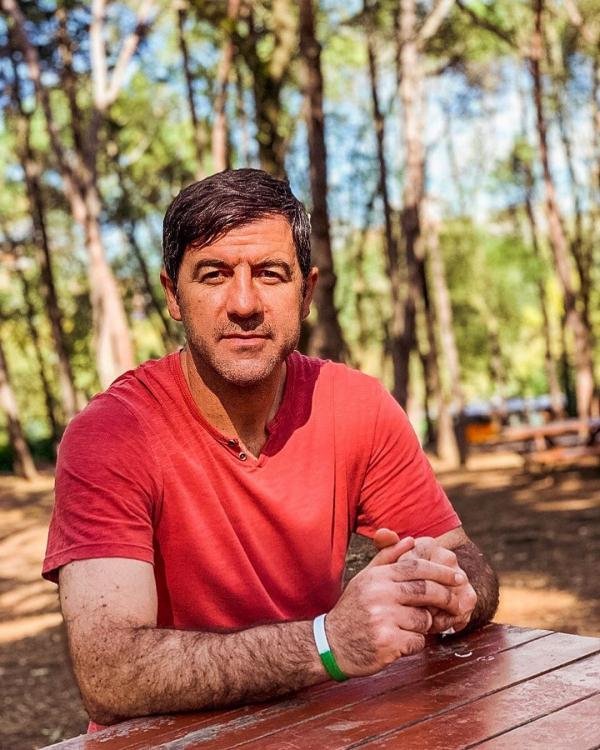 Who Are the Current Best Iranian Soccer Players? 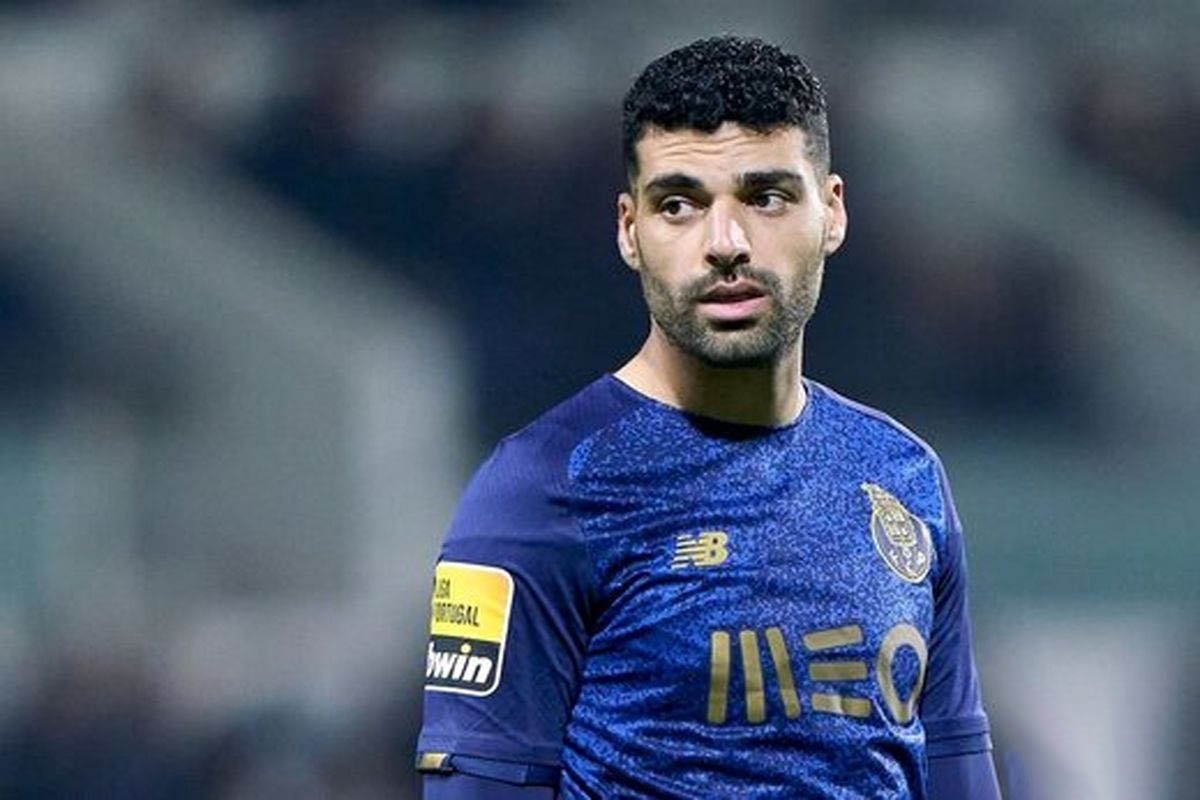 Mehdi Taremi is one of the best Iranian soccer players who was born on July 18, 1992, in Bushehr, Iran. He’s an Iranian professional soccer player who now plays as a striker for Porto and the Iran national team. Taremi began his professional career with Shahin Bushehr and Iranjavan before joining Persepolis in 2014. He was the top scorer in the Persian Gulf Pro League two times (2015–16 and 2016–17). After two seasons with Qatari club Al-Gharafa, he moved to Rio Ave in Portugal, where he was the club’s joint-leading scorer in the Primeira Liga in 2019–20. The following year, he signed with Porto, another Portuguese club. Taremi earned his first senior debut in 2015, and he went on to represent his country in the 2018 FIFA World Cup and the 2019 AFC Asian Cup. 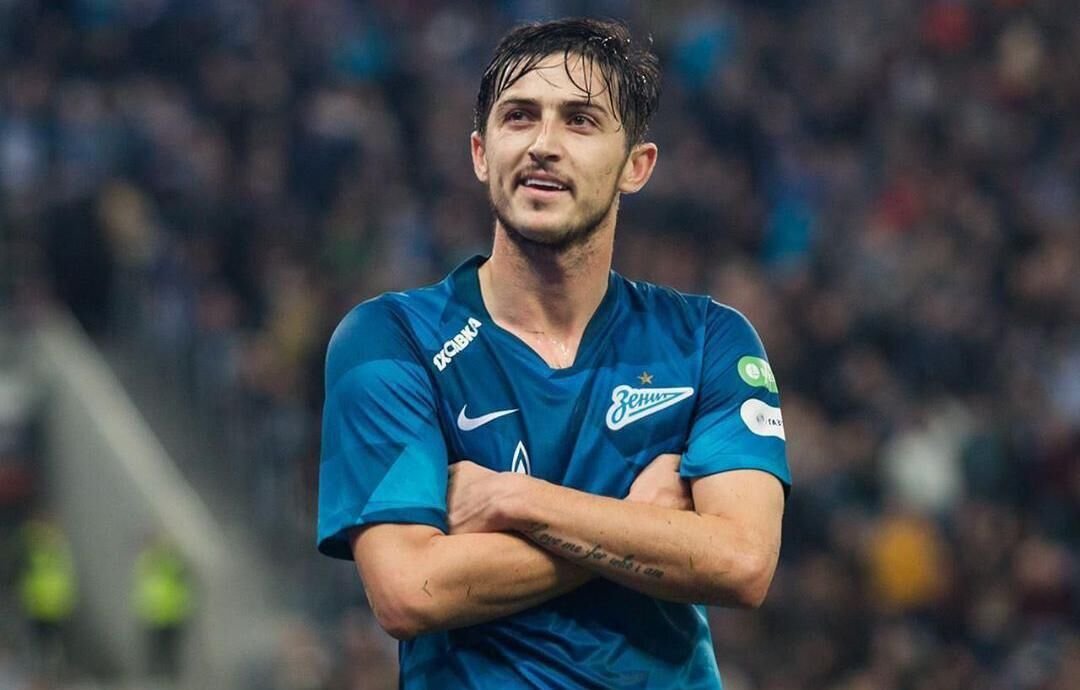 Sardar Azmoun is absolutely one of the youngest and best Iranian soccer players who was born on January 1, 1995, in Gonbad Kavus, Iran. He’s an Iranian professional soccer player, a striker for both the Bundesliga club Bayer Leverkusen and the Iranian national team. Azmoun made his international debut for Iran in 2014, when he was only 19 years old. Iranian national team member since 2015, he has represented his country in the AFC Asian Cup in 2015 and 2019 and the 2018 FIFA World Cup.

Azmoun is the second-most expensive Iranian player, behind only Alireza Jahanbakhsh, one of the best Iranian soccer players we will introduce later in this article. With six goals in the UEFA Champions League, he holds the Iranian record for most UEFA Champions League goals scored by a player. Zenit St. Petersburg announced on February 1 that he had signed a three-and-a-half-year deal with him. Sardar made his Zenit Saint Petersburg debut against Fenerbahçe in the Round of 32 of the UEFA Europa League, and he came away with two goals and an assist. UEFA named him as Player of the Week for his outstanding performance. Bayer Leverkusen confirmed on January 22, 2022, that Azmoun had signed a pre-contract to join the club on July 1, 2022, on a free transfer. Azmoun was set to join Bayer Leverkusen the next day after Zenit confirmed the teams had reached an agreement on a winter transfer, and now he plays in this team. 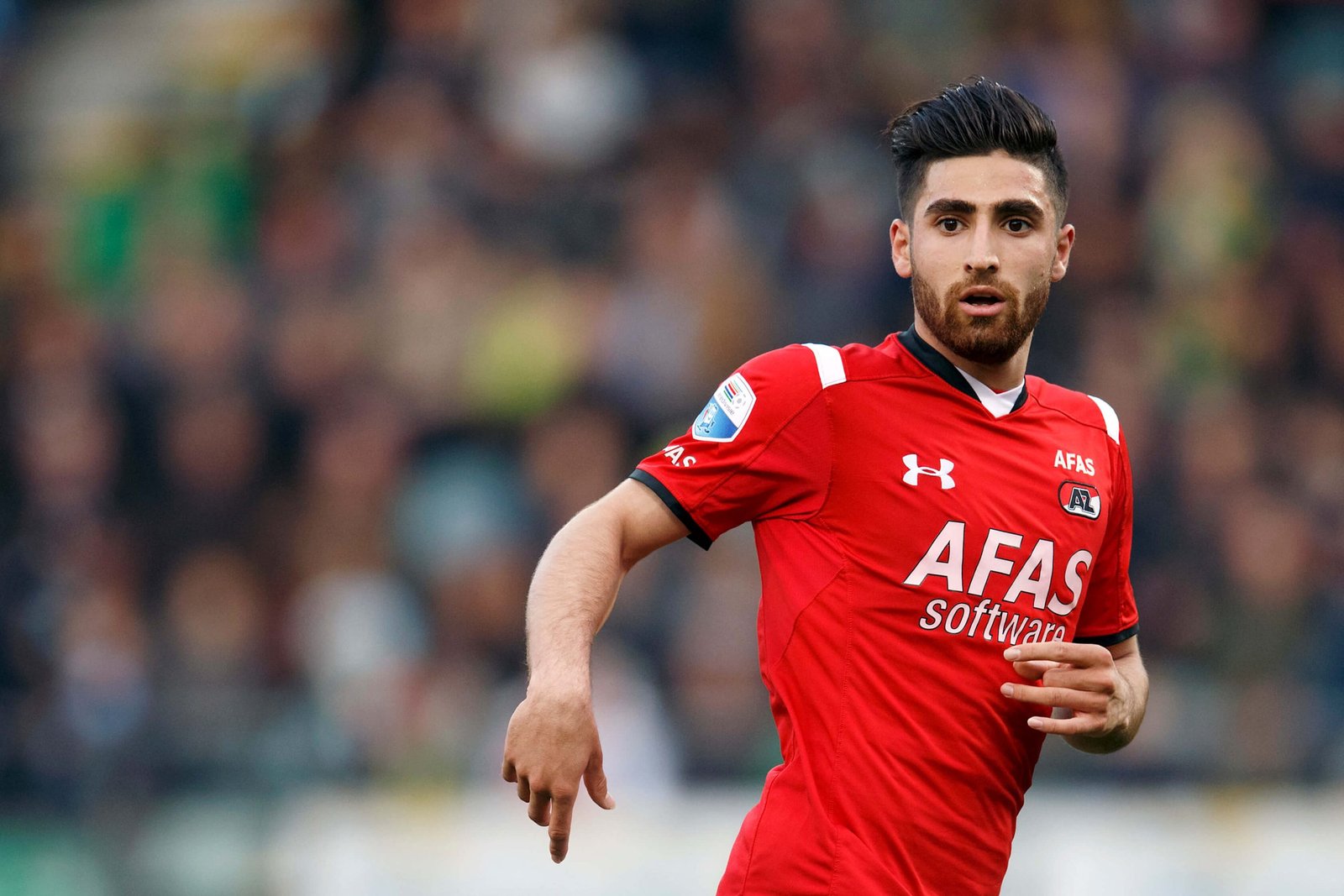