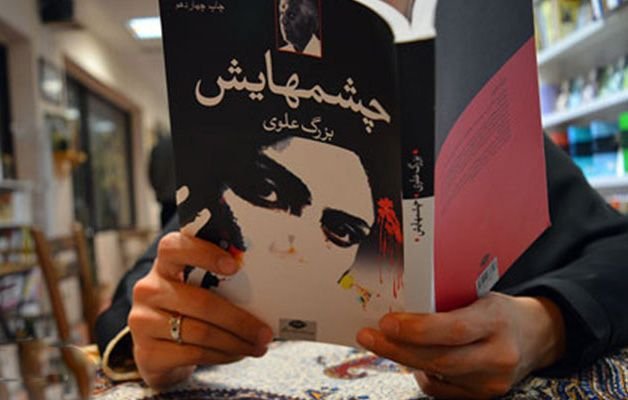 Iran is home to many great writers and poets who left masterpieces for the next generations. Famous Iranian books can move you to another universe. Let go of your fear and immerse yourself in a new universe created on words and imagination by sitting back in a comfy chair with a book, phone, and tablet in hand. This article will introduce you to famous Iranian books, so keep reading!

What Are the Top Famous Iranian Books?

Do you recall the first book that forced you to think outside of your comfort zone? Was there a particular novel or collection of stories that helped you see the world a bit more clearly and brighter? The best Iranian books can make you think more deeply about your life and push you to go outside of your comfort zone. Now, let’s learn more about famous Iranian books. 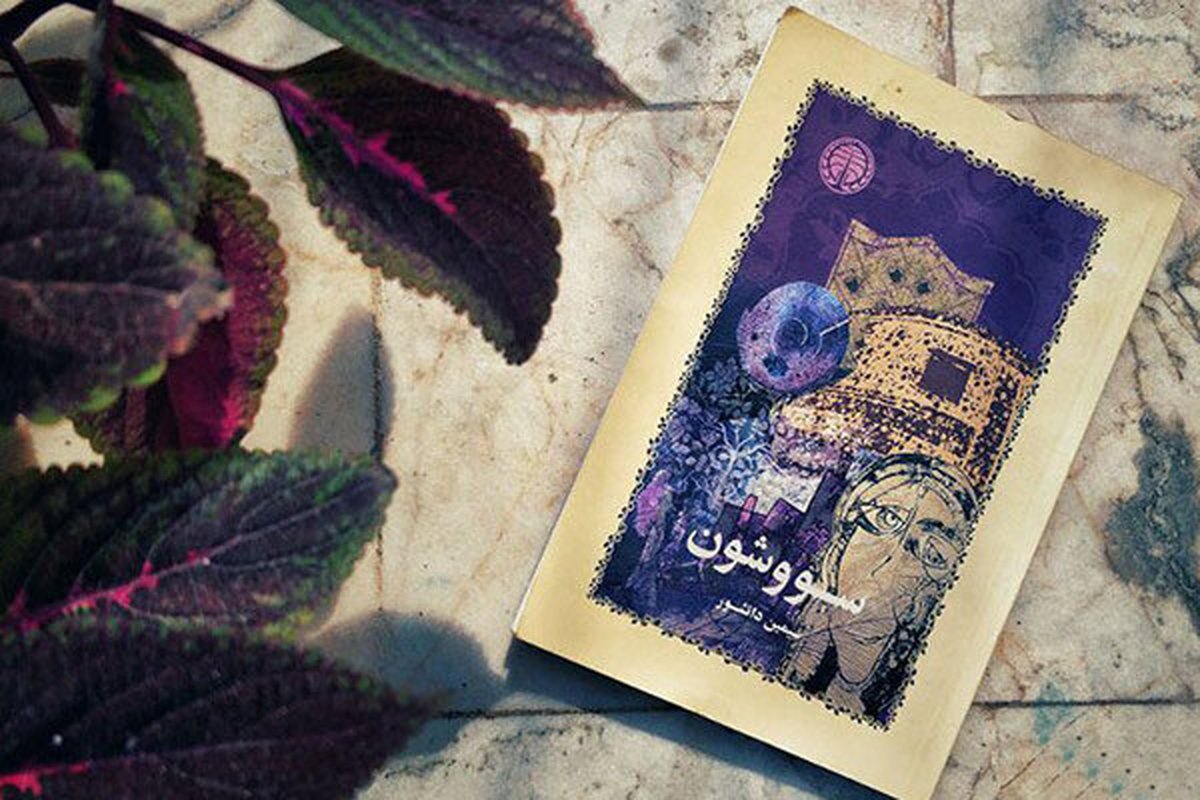 Savushun is a Persian book written by Iranian writer Simin Daneshvar in 1969. As a fact, this is the first female-authored book in Persian literary history. Iranians have purchased more than 500,000 copies of Savushun thus far. Savushun tells the story of Zari, a young woman from one of the town’s wealthiest families who lives in Shiraz, southern Iran, during the Second World War while under British control. She must balance the need to protect people she cares about with the need to carve out a personal and social position for herself. In Savushun, you can find many exotic and unique Persian cultural expressions, and it’s one of the most famous Iranian books. 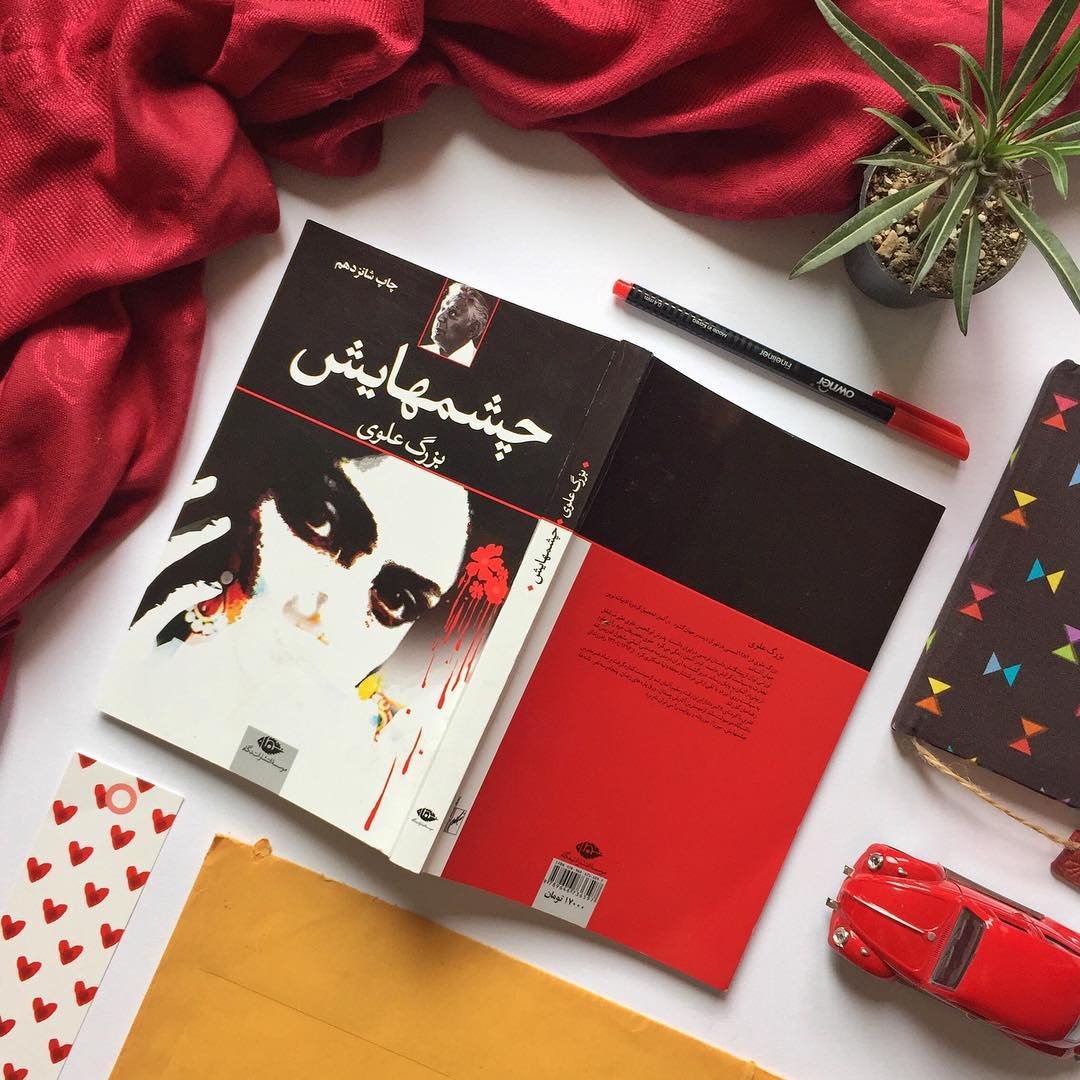 Her Eyes is the name of a novel by Bozorg Alavi in 1953. Her Eyes is one of the most famous Iranian books; The narrator is the head of a school of painting built by Iran’s best painter, Ostad Makan. The narrator wants to write a biography of Makan, but he has an issue with that idea. Her Eyes, Makan’s most well-known painting, is undoubtedly a portrait of a lady, yet no one knows who she is. Who could she possibly be? He eventually discovers the truth thanks to some excellent detective work. A significant portion of the book is about her life and how she became known as the lady of Her Eyes. 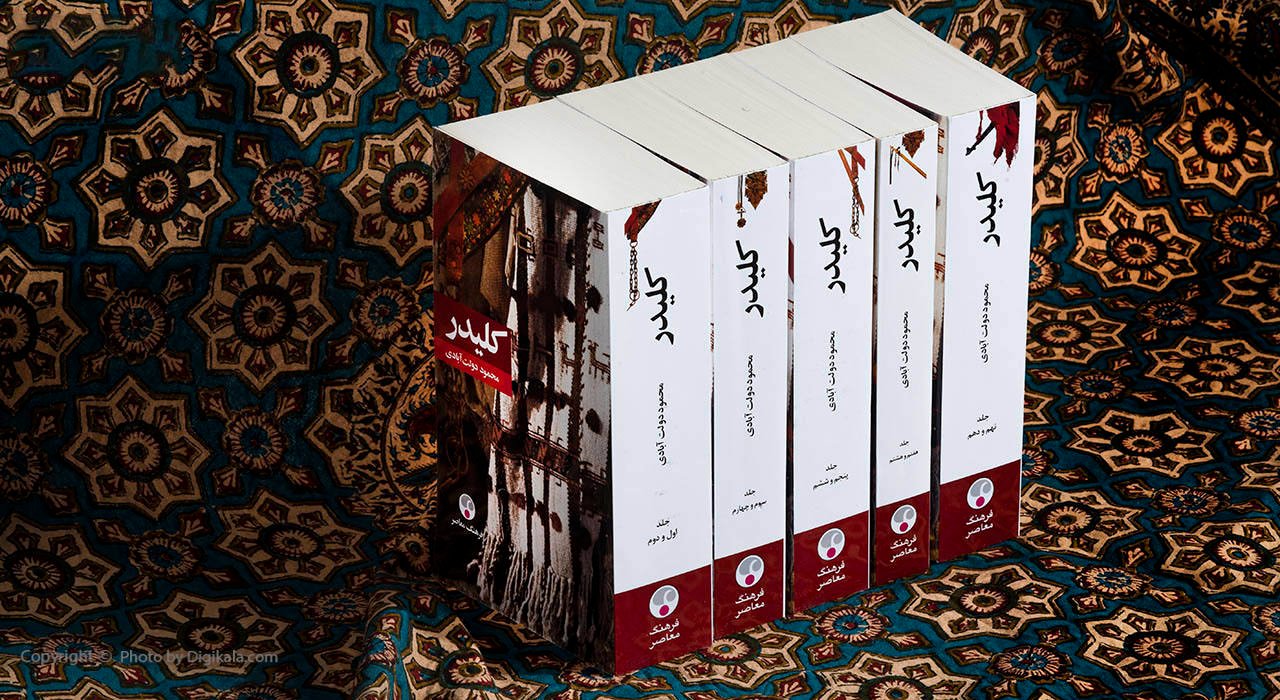 Mahmoud Dowlatabadi wrote Kelidar, one of the most famous Iranian books. The book has ten sections in 5 volumes. He wrote the novel over 15 years and covers themes from Iranian folklore. There have been many translations of Kelidar available in different languages. Despite their cultural similarities, a Kurdish family living in Sabzevar conflicts with hatred by the local villagers. The plot revolves around Iran following World War II, between 1946 and 1949, at a politically sensitive period. 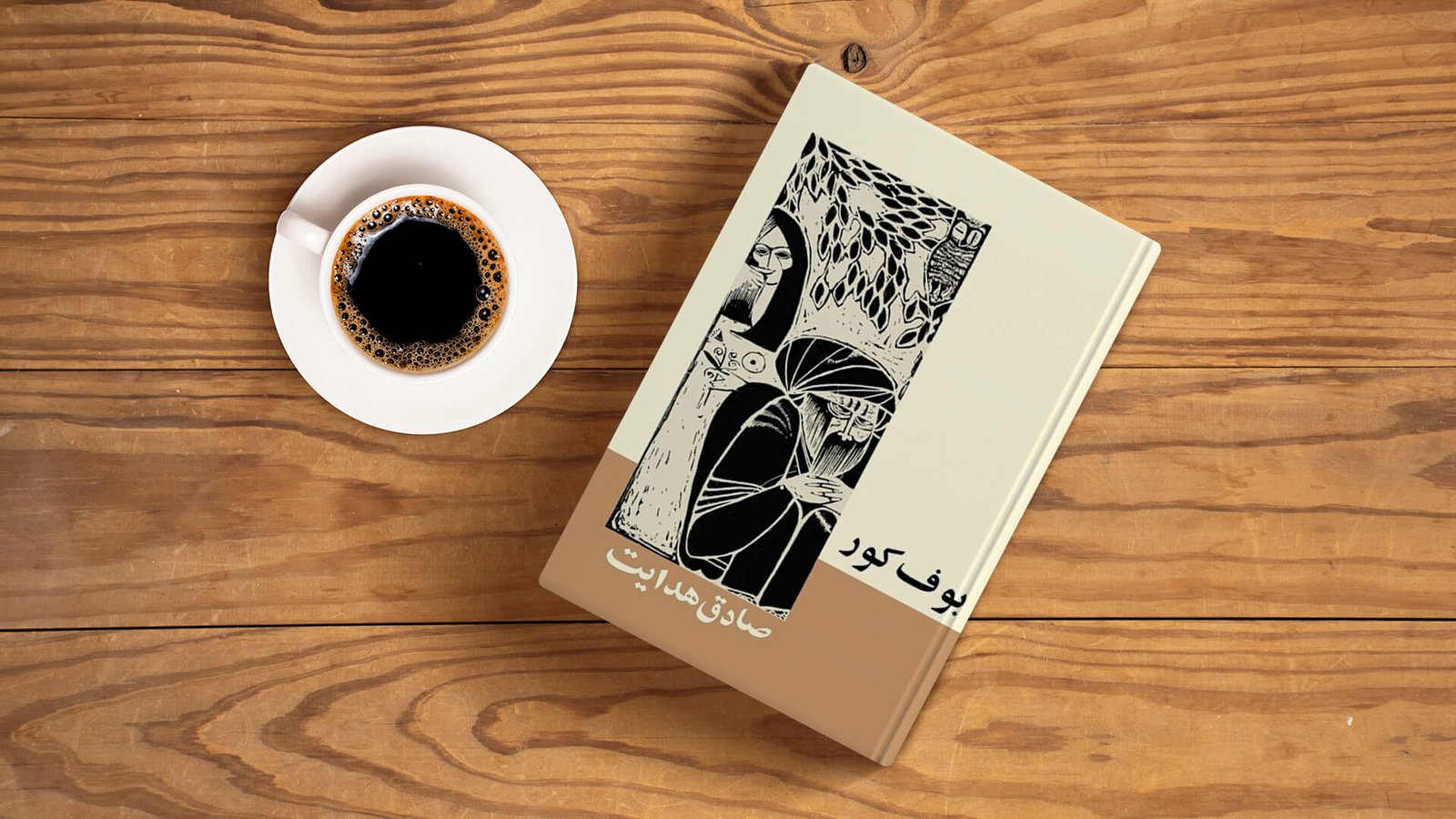 The Blind Owl is one of the most famous Iranian books written by Sadegh Hedayat in 1936. The plot revolves around a young guy who serves as the book’s narrator and works as a pen case painter. He always creates a single artwork, which depicts a lady in black handing a single lily to an older man sitting beneath a tree. The plot starts when he sees this image through a hole in the wall. He sinks into his visions in the following moments, which are not new but yet entertaining. He begins to explain the events of his life to his own shadow, which is like an owl. Sadegh Hedayat is the author of the novel, and he is also the guy credited with introducing modernism into Persian literature.

Best Iranian Books of All Time

It’s really challenging to pick the best Iranian books of all time, but here is our list: 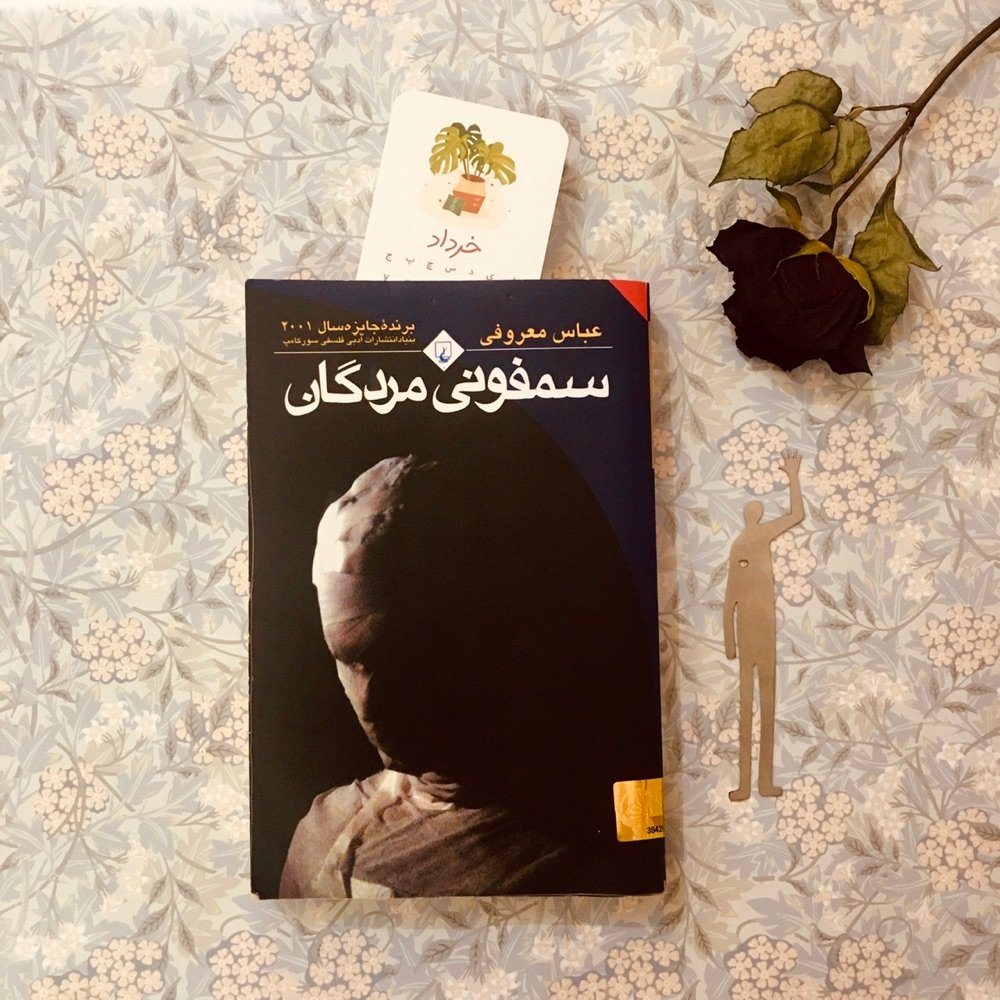 “Symphony of the Dead” is one of the most famous Iranian books. It informs us about the Urkhani family, who live in Ardabil in Iran. Following World War II, we watch the reality of their post-war lifestyle. There are four main protagonists: Jaber, his wife, and their four children. There are four distinct symphony-like movements. A significant plot point is a rivalry between Aidin and Urhan, two brothers. Abbas Maroufi’s book masterfully conveys this symphonic structure with four distinct actions that repeat certain portions of the plot from multiple points of view, various voices, a change in tone, time, and location. This work brilliantly captures the hardships of living in the far northern areas of Iran in the middle of the twentieth century. 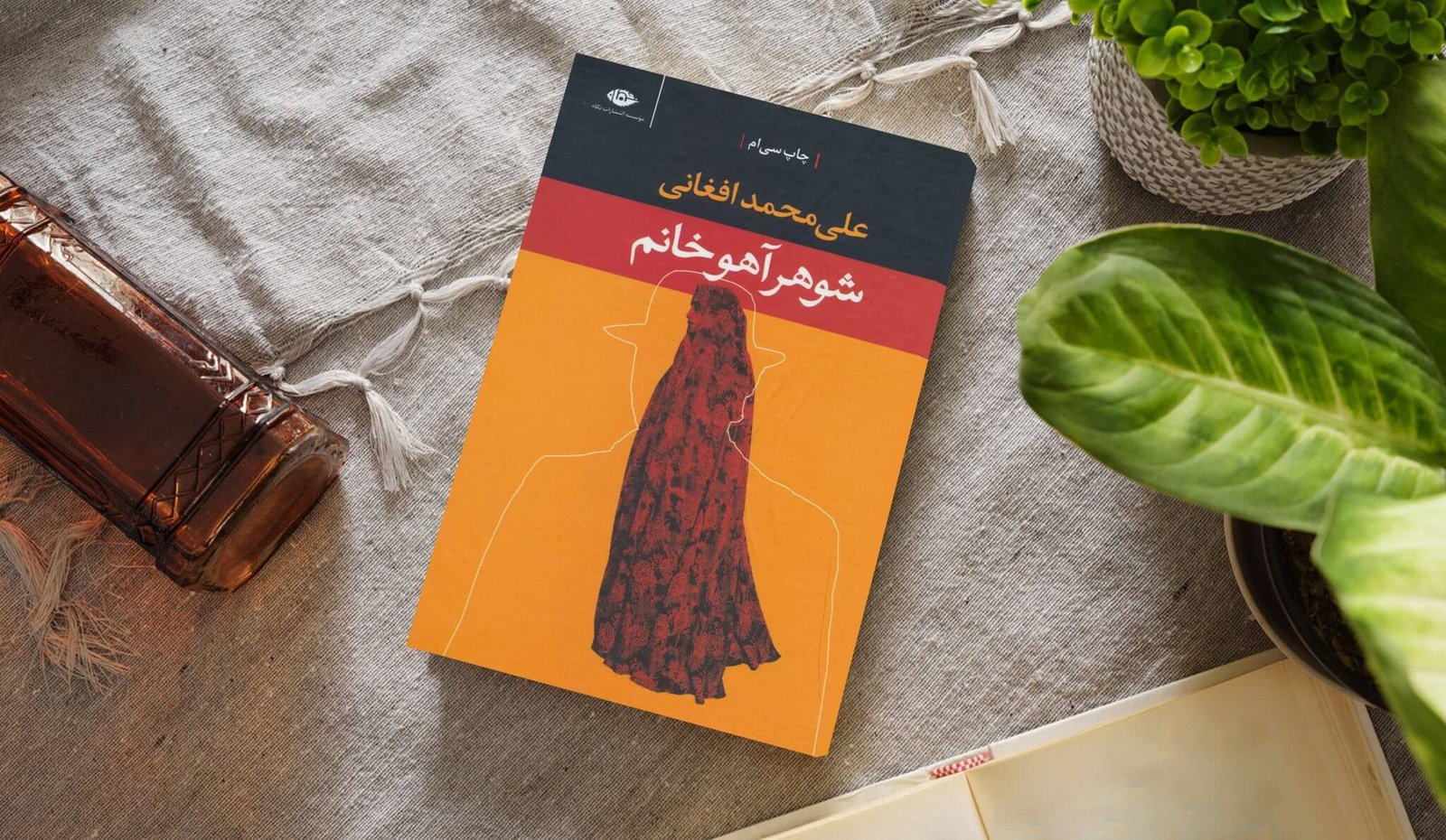 Ali Mohammad Afghani wrote this book in 1962, which is one of the most famous Iranian books. This work became very popular among Iranians in a short time. In 1962, the release of this lengthy novel was a significant event in the Iranian book and fiction business. He authored the book between 1955 and 1980 while imprisoned and self-published it after his freedom since the publisher was unwilling to take the risk of publishing a lengthy narrative by an unknown author. Taking place in Kermanshah in 1935, the story’s central topic is profoundly about the horrible reality of women’s lives in the lowest classes of society during those years, and it is also firmly against polygamy. Mahmoud Dowlatabadi is the author of Missing Soluch. First published in Persian, it was a very influential book during Revolutionary Iran because of its sympathetic portrayal of the proletariat, new in contemporary Iranian writing; also, it’s among the famous Iranian books. When many people from the countryside were migrating to cities in the 1960s, the book explores rural village life in northern Iran. Mergan, the protagonist, is a lady whose husband, Soluch, has vanished without a word, leaving her and their three children alone. The story depicts what occurs when Mergan’s family falls victim to the daily catastrophes of poverty, such as robbery, famine, and violence. 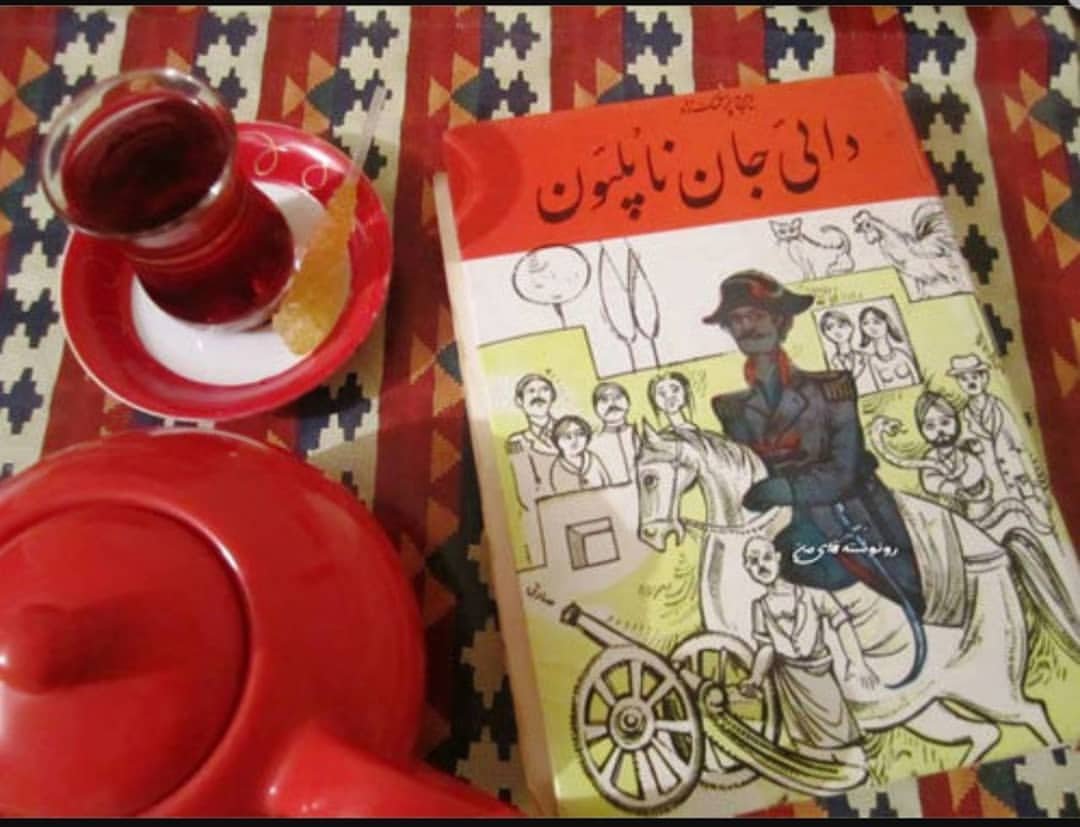 Iraj Pezeshkzad authored the book “My Uncle Napoleon” in 1973. In 1976, Nasser Taghvai directed a successful TV series adaptation. Even after Iran’s Islamic Revolution of 1979 temporarily banned the book and TV series, they were nevertheless popular. It’s often popular as “the most significant and well-loved piece of Iranian literature since World War II.” Dick Davis has done the English translation of the book, which is among the famous Iranian books. 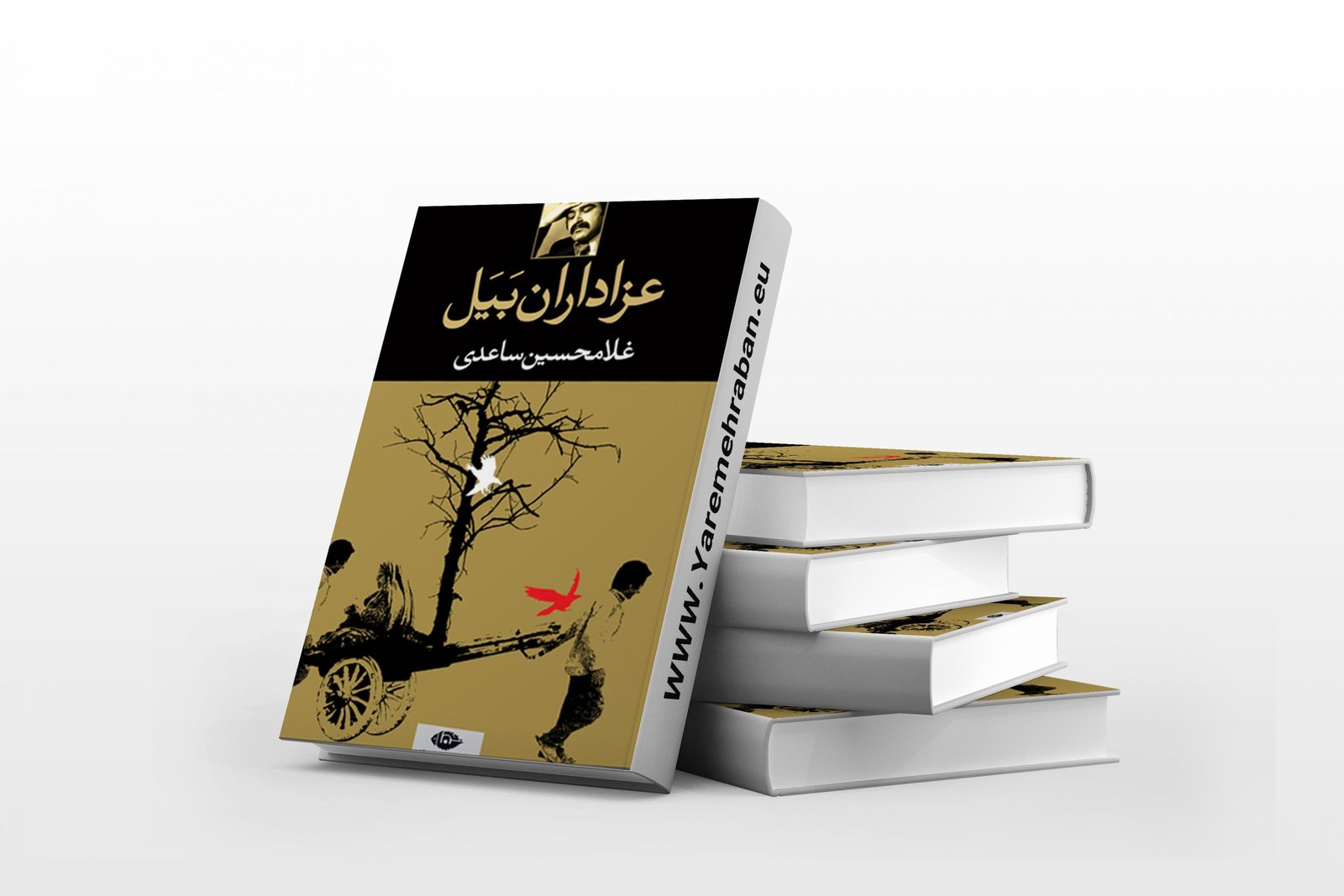 It’s a collection of short stories by Gholam-Hosayn Saedi that consists of eight interwoven pieces written by the author and is among the famous Iranian books. A fictional village called Bayal is the setting for these stories that center on the inevitable miseries of hunger, sickness, drought, and death. The wife of Bayal’s headman is ill in the first tale. The fourth section tells the story of Mashhadi Hassan, who lives a miserable life when his cow, his sole valuable thing, dies while he was away. Denial has engulfed Hassan: He pretends to be a cow, mooing and even consuming grass. 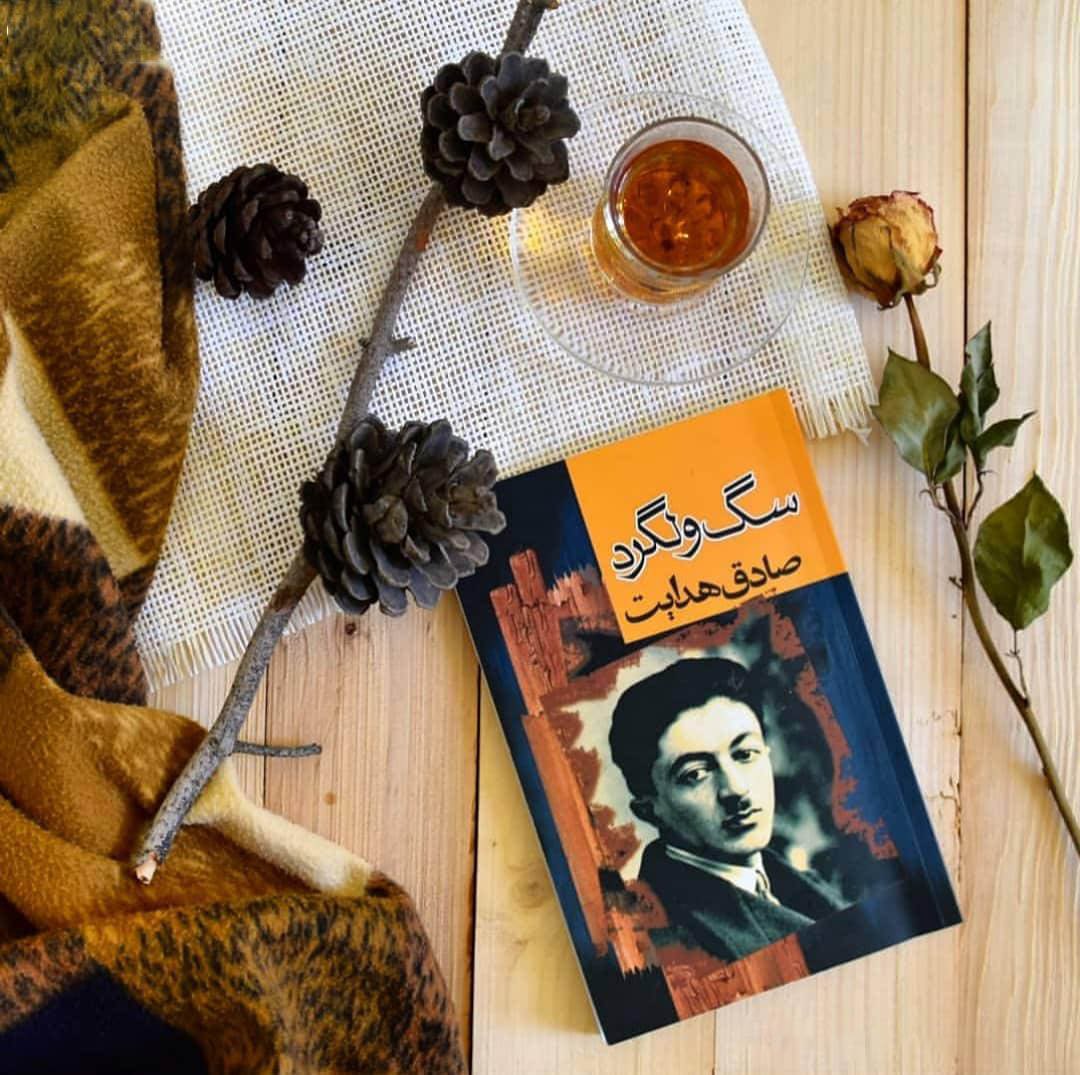 Sadegh Hedayat is the author of this short story in 1942; it’s among the most famous Iranian books. The story is about Pat, this Scottish breed dog with two human-like eyes. He used to enjoy playing with the son of his master. Pat’s master and two other persons got into a vehicle one day, summoned Pat, and placed him in the backseat next to them. They arrived at Varamin square a little later and got out of the vehicle. Pat detected a smell while walking with his master. He inhaled the aroma of a female dog and followed it. When he returned, he was unable to locate his master. Pat’s bad luck started on that day.

As we mentioned earlier, Iran is home to great writers. We provided a list of the most famous Iranian authors. She was widely famous as Iran’s first prominent female novelist. Her books were about the lives of ordinary Iranians, particularly women, and she wrote the story through the lens of recent political and social events that were taking place in Iran at the time. Daneshvar was the author of several firsts, including her collection of Persian short stories in 1948, which was the first work by an Iranian woman. Savushun, her debut novel, became a bestseller and was the first novel that a female wrote. She’s a novelist and writer who is of Iranian and Armenian descent. Her mother is of Iranian Armenian descent, while her father is of Russian descent. She grew up in Tehran and is now married with two kids, Sasha and Shervin. Pirzad’s debut book, Cheragh-ha ra man khamush mikonam (I Will Turn Off the Lights; released in English as Things We Left Unsaid), has been published multiple times in Iran and many translators rendered them into English. 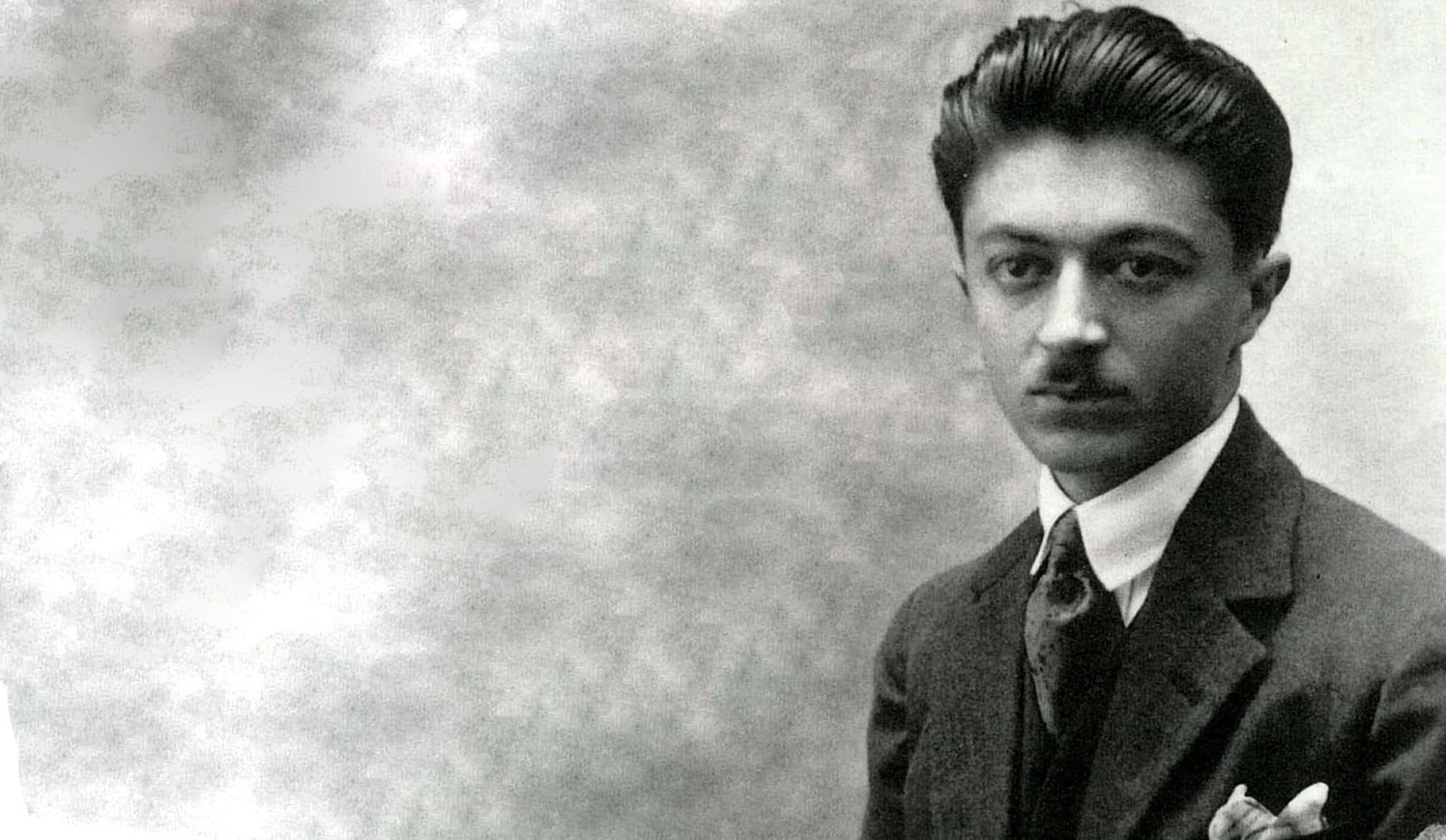 Best Iranian Movies of all time