People have always cared about fashion throughout history; today, following fashion got more accessible with the rise of social media. Among all, there are many Iranian fashion influencers on Instagram who can help you choose your favorite brand to wear.

An influencer is someone who can impact others by their way of life and views.

One of the most well-known partnerships in influencing occurred in the 1970s; When Wedgwood initially made tea for the wife of King George III. Wedgwood quickly promoted its brand as a royal endorsement. This collaboration made his product a luxury brand and is still a suitable brand for the royal family.

Like other nations, Iranians love following fashions; that’s why many attractive Iranian fashion influencers have arisen.

Who Are the Top Iranian Fashion Influencers?

Today, social media enables everyone to be an influencer and share their content with many people. The fact that Instagram has transformed the fashion business is also apparent. Customers may now connect with companies more efficiently, thanks to Instagram.

We will introduce you to 7 popular Iranian fashion influencers in the following. 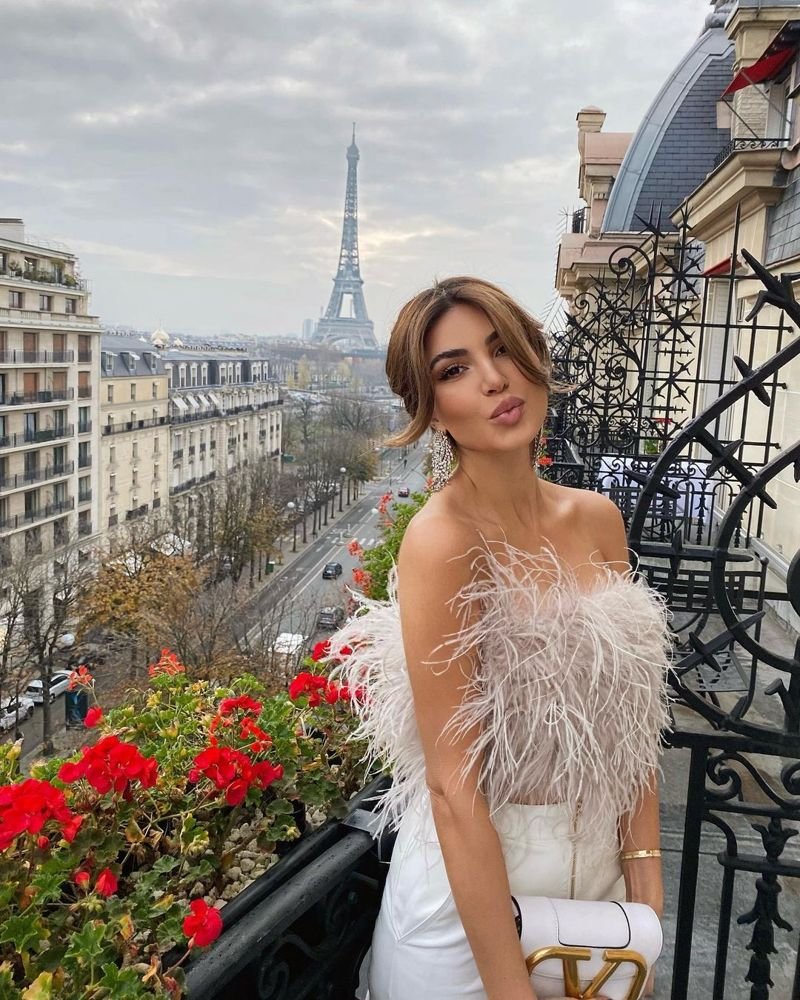 Negin Mirsalehi was born on November 2, 1988, in Amsterdam, the Netherlands, and is among the most beautiful Iranian fashion influencers.

Negin holds a master’s degree in business administration, but she decided to pursue a career in blogging. She has the honor of being the first Dutch-Iranian fashion influencer.

Negin’s father is a beekeeper and his mother Zhila works in the beauty industry; both of her parents are Iranian. 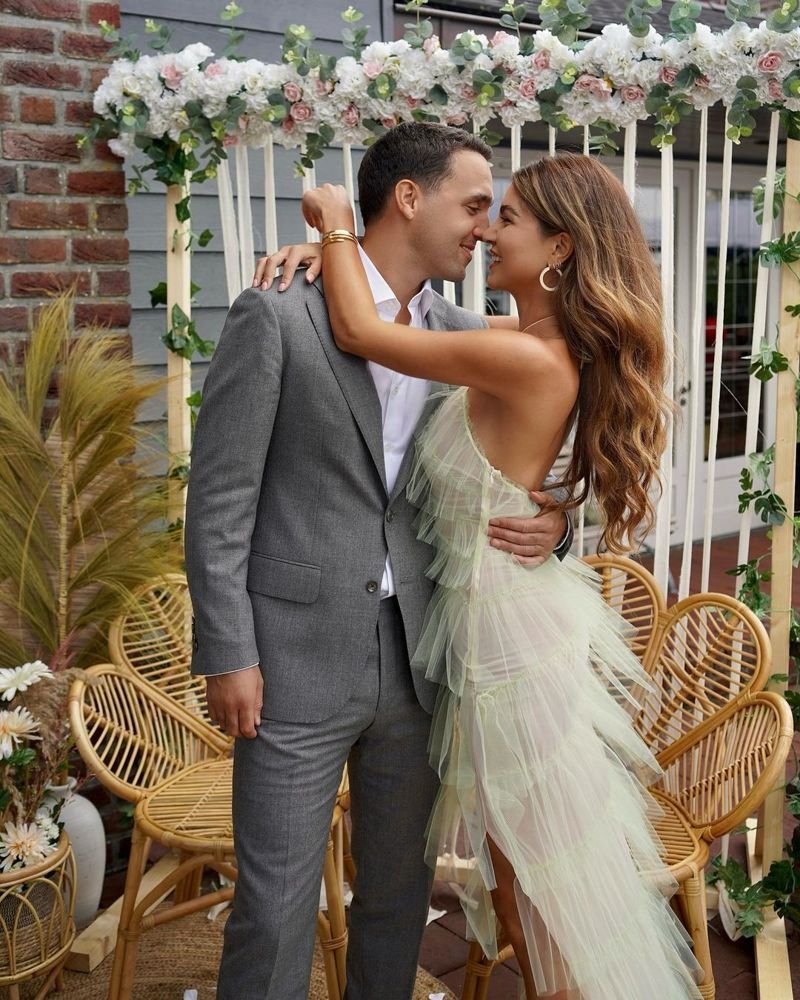 She began blogging in 2013 and made remarkable improvements in her first year of experience. In 2017, she got the Revolve Award for being the world’s most influential blogger. Also, luxurious and well-known brands like Gucci, Victoria’s Secret praised her. 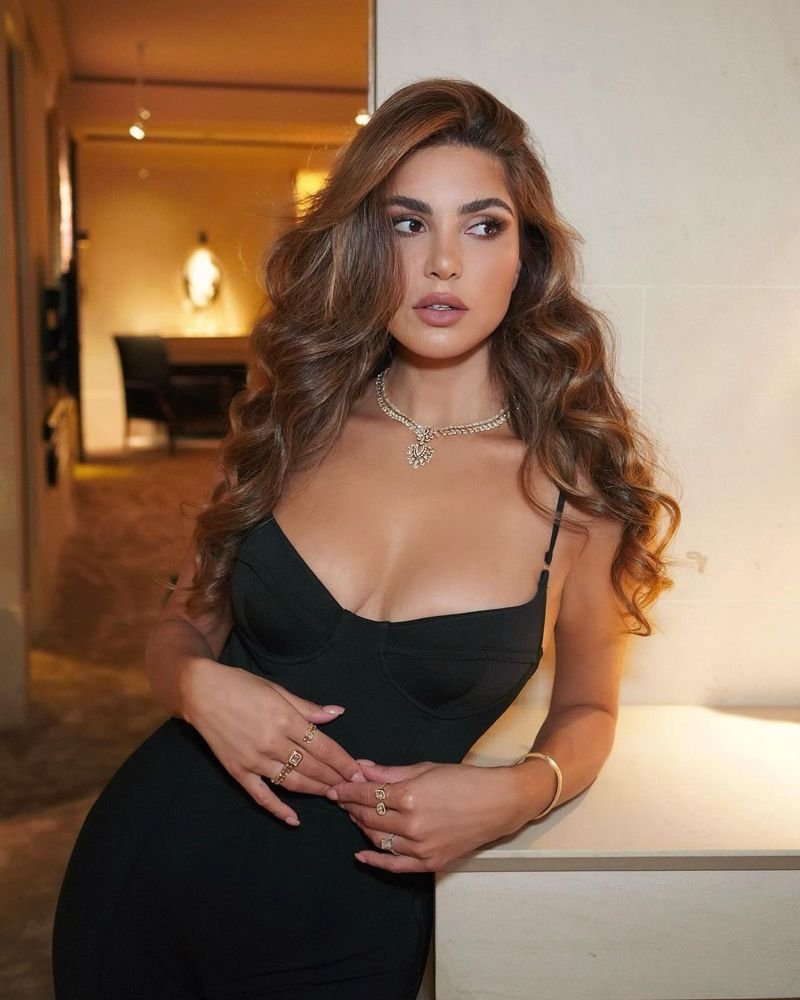 On the other hand, she has collaborated with more high-profile businesses and brands for the last several years, making her one of the most famous Iranian fashion influencers. 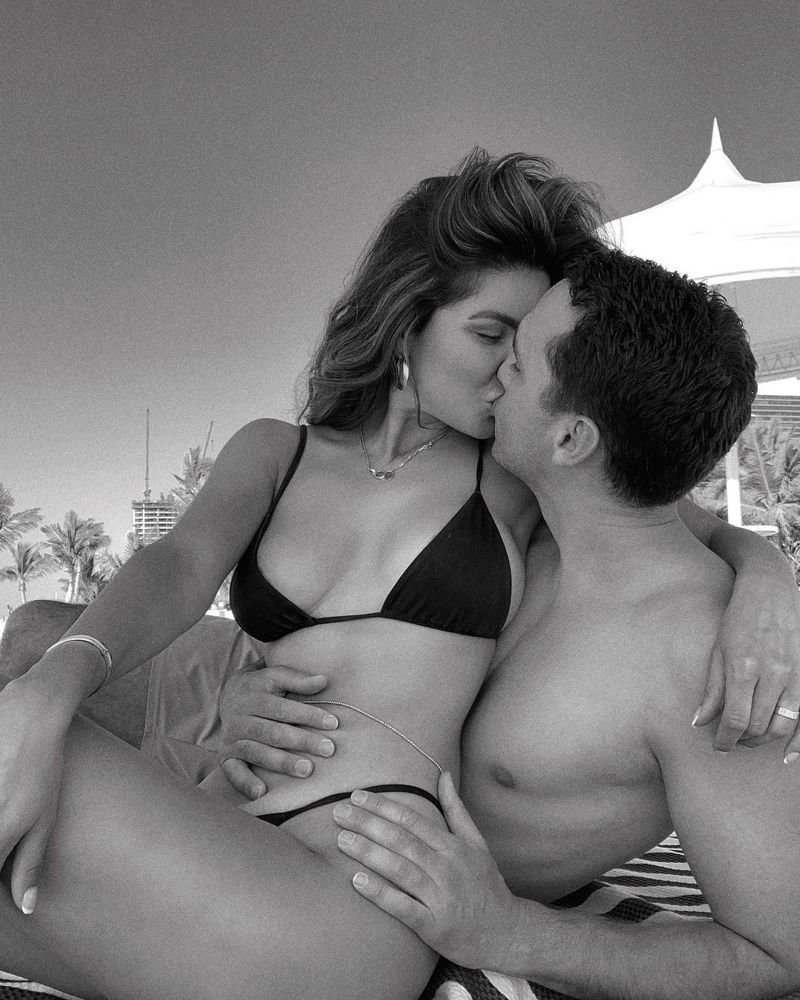 Negin says she loves traveling because she gets inspiration from people’s styles. Her fans love her vacation photos with her boyfriend, which she shares on her social media accounts.

Since 2007, Negin has been dating her long-term boyfriend, who is a successful businessman. 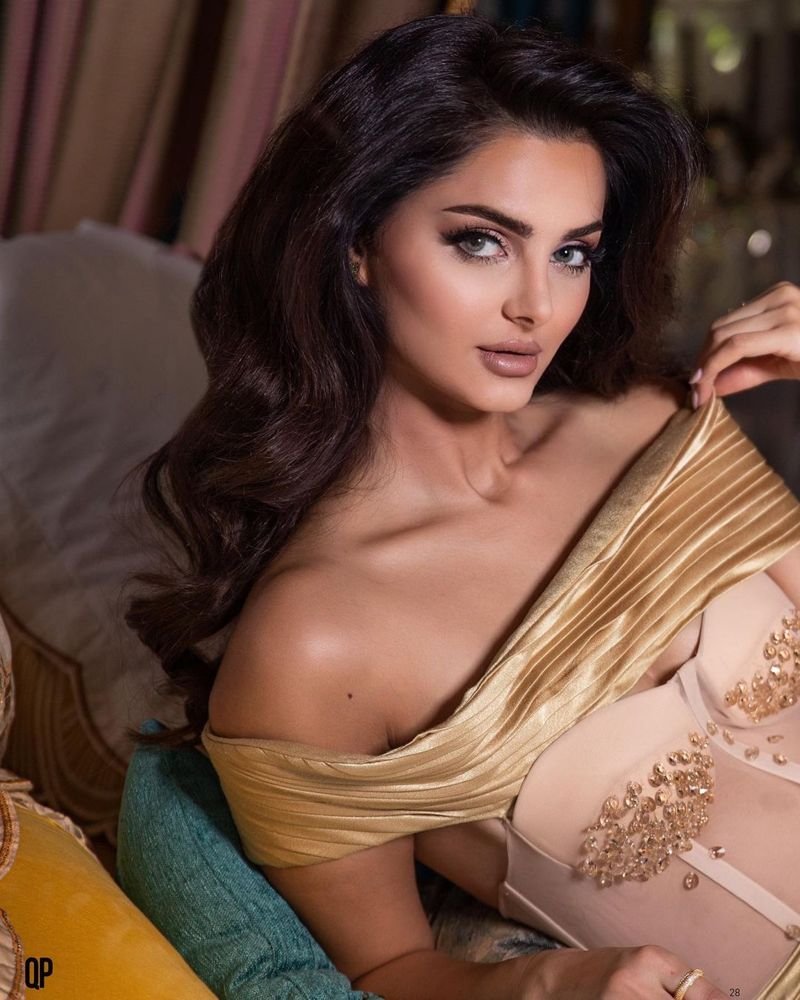 Here is one of the most well-known Iranian fashion influencers. It’s safe to claim that many Iranians know her or have heard about her. Mahlagha Jaberi is a model who was born on June 17, 1989, in Isfahan, Iran. She has a bachelor’s degree in Business Administration. 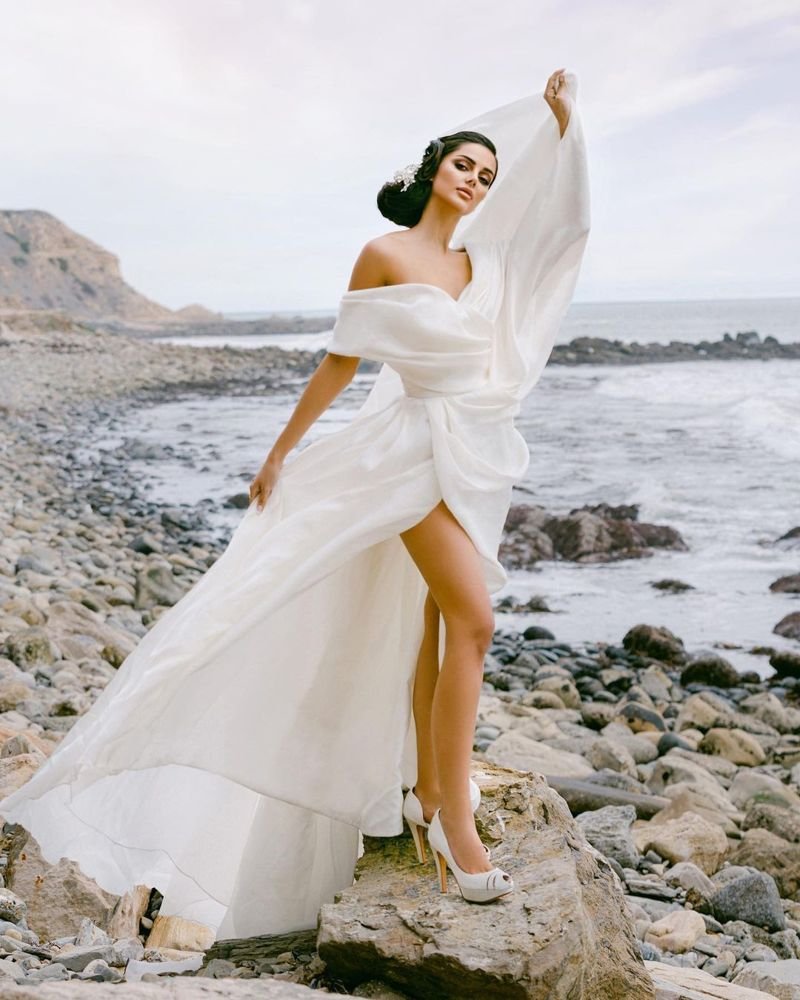 Mahlagha finished high school in Iran, but then she and her family moved to the United States, currently living in San Diego, California, USA.

She has a remarkable resemblance to the Indian actress Aishwarya Rai. Mahlagha asserts that she’s not a mean girl, but she’s happier when she’s alone. She doesn’t like clubs, parties, and drug and stays away from them all. 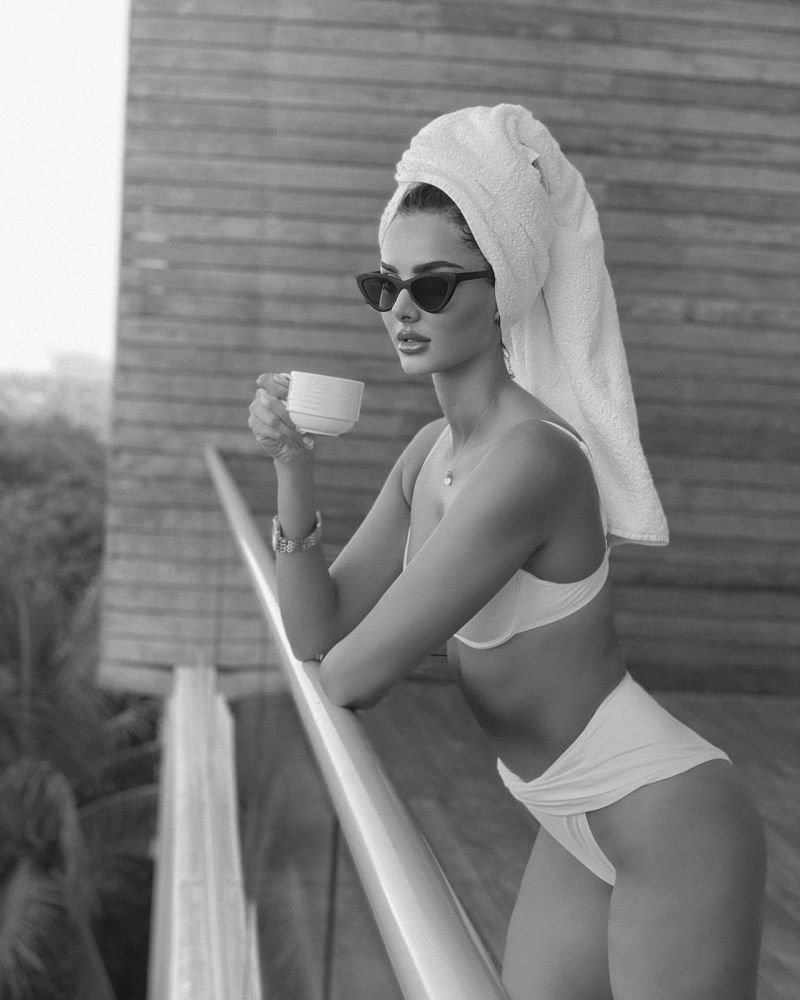 Mahlagha is a 32-year-old Iranian influencer who is proficient in both English and Persian. Her height is 178 cm, and her weight is 57 kg. She hasn’t been married yet.

Her favorite moments are when she spends time with her closest friend, going out to lunch, shopping, and going to the movies as a group. Mahlagha claims to be a creature of her own universe. Jaberi despises individuals who gossip, and she makes an effort to avoid being around them. 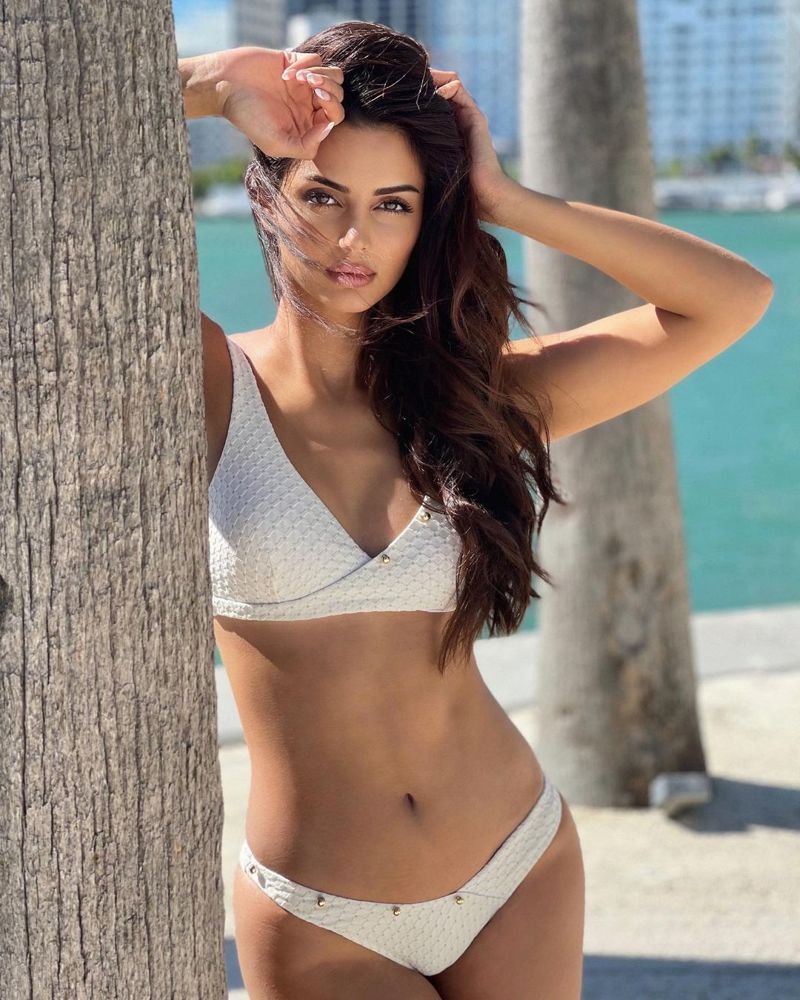 Mahlagha spends her time with people who are polite and trustworthy. Honesty is really important to her. She enjoys pizza, coconut water, salads, horseback riding, shopping, watching movies, and doing yoga in her spare time.

We recommend you to take a look at her Instagram account because that’s when you realize how much gorgeous she is. 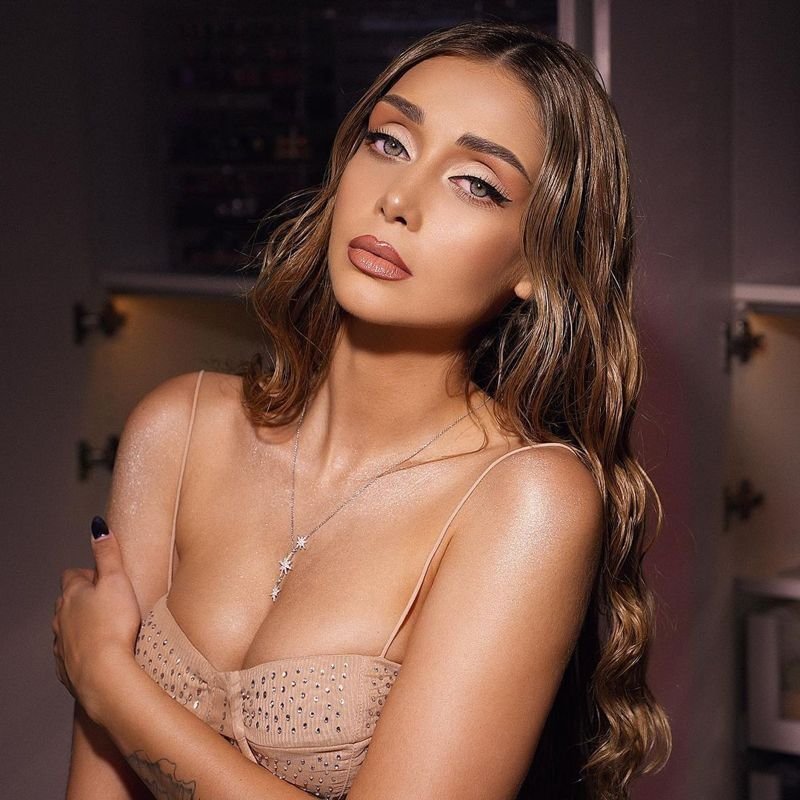 Elnaz Golrokh is one of the most attractive and famous Iranian fashion influencers. Elnaz was born on February 11, 1986, in Tehran, Iran, and presently lives in Dubai, United Arab Emirates.

She has a bachelor’s degree in graphics from the University of Tehran, where she began her career as a hairdresser, and she’s now active in modeling and music. Elnaz is the first kid in the family and has two younger sisters. 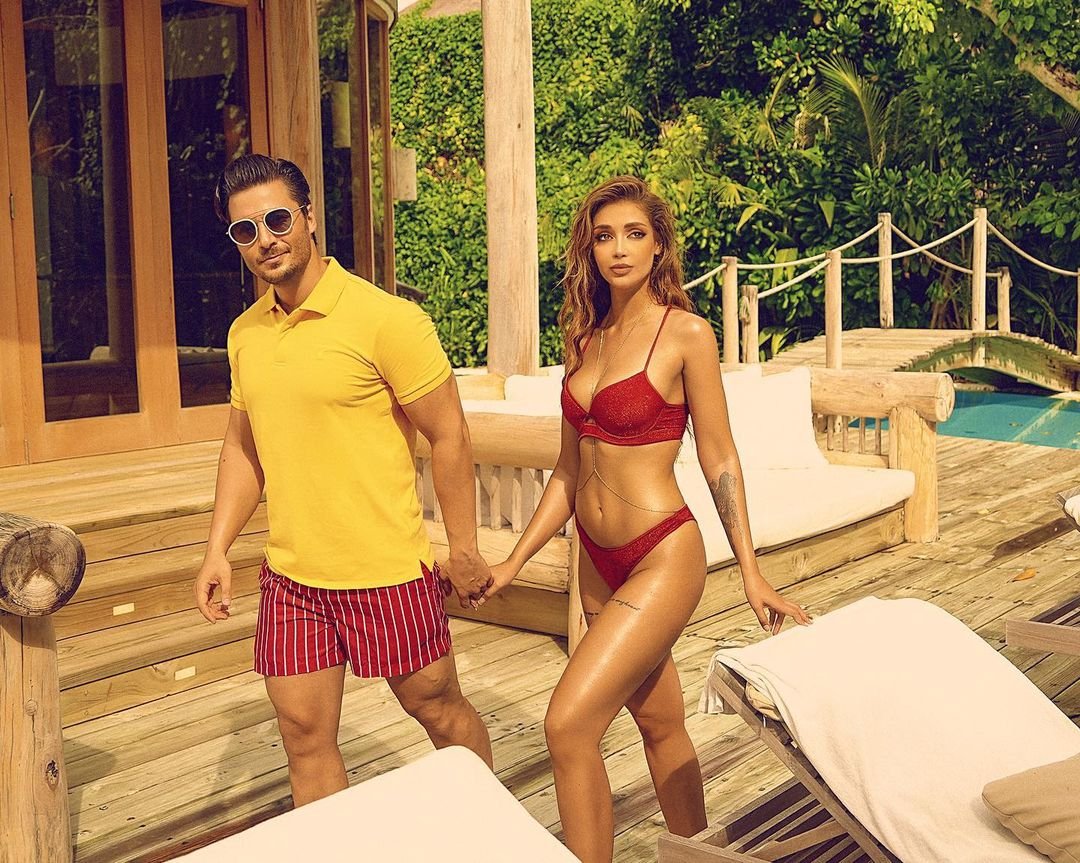 Elnaz married Hamid Fadaei years ago when she was still living in Iran. She met him through their joint modeling work, and their relationship grew from there until they were engaged in Iran and then married. 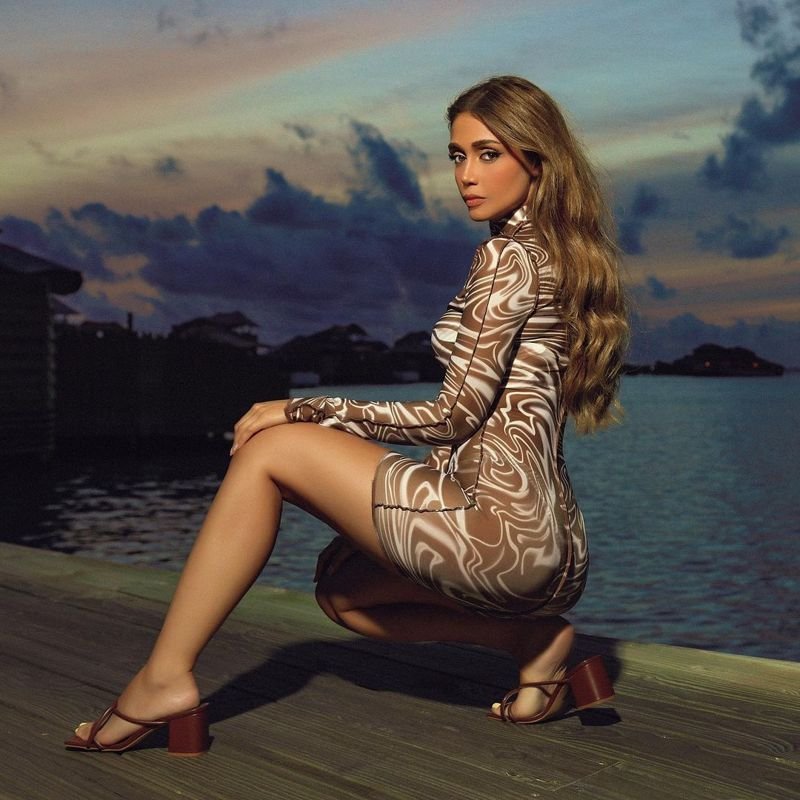 In 2009, she graduated from university when she had 23 years old. Elnaz immediately entered the world of modeling and photo modeling while managing her beauty salon, which she rapidly became well-known for.

Golrokh began modeling in 2009 and has been working since then. Later, she started online make-up teaching on platforms such as Instagram and YouTube, where she has millions of followers. 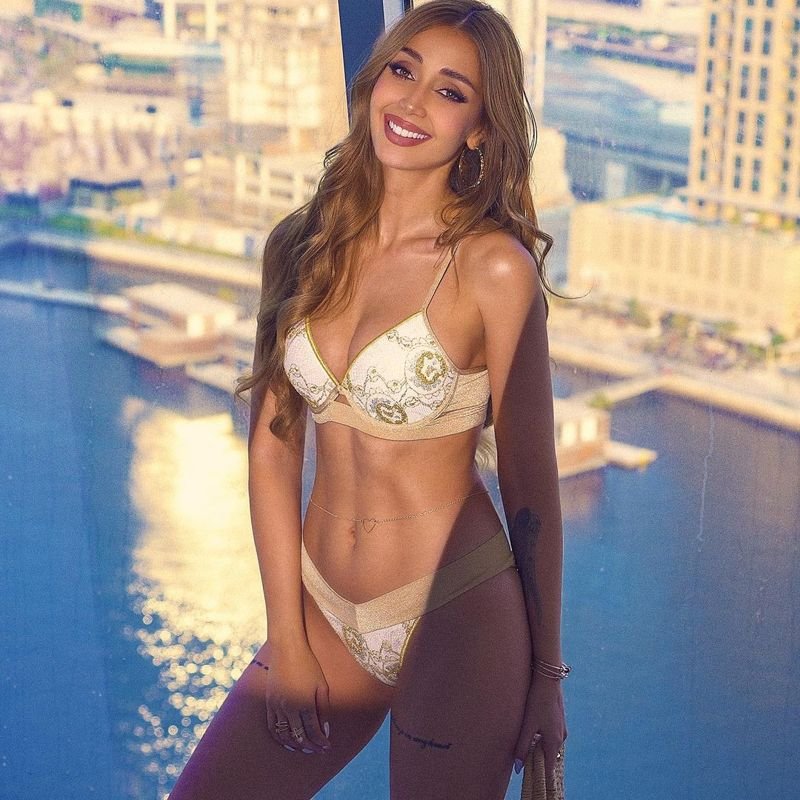 When Elnaz was younger, she didn’t care about her appearance, she didn’t exercise or eat healthily and would eat more fast food, but in the last few years, she has altered her lifestyle and lost a lot of weight.

Elnaz Golrokh was named one of the top 100 most influential figures in the United Arab Emirates by Ahlan Magazine in 2017, gaining her more attention than she had ever received previously in her career. 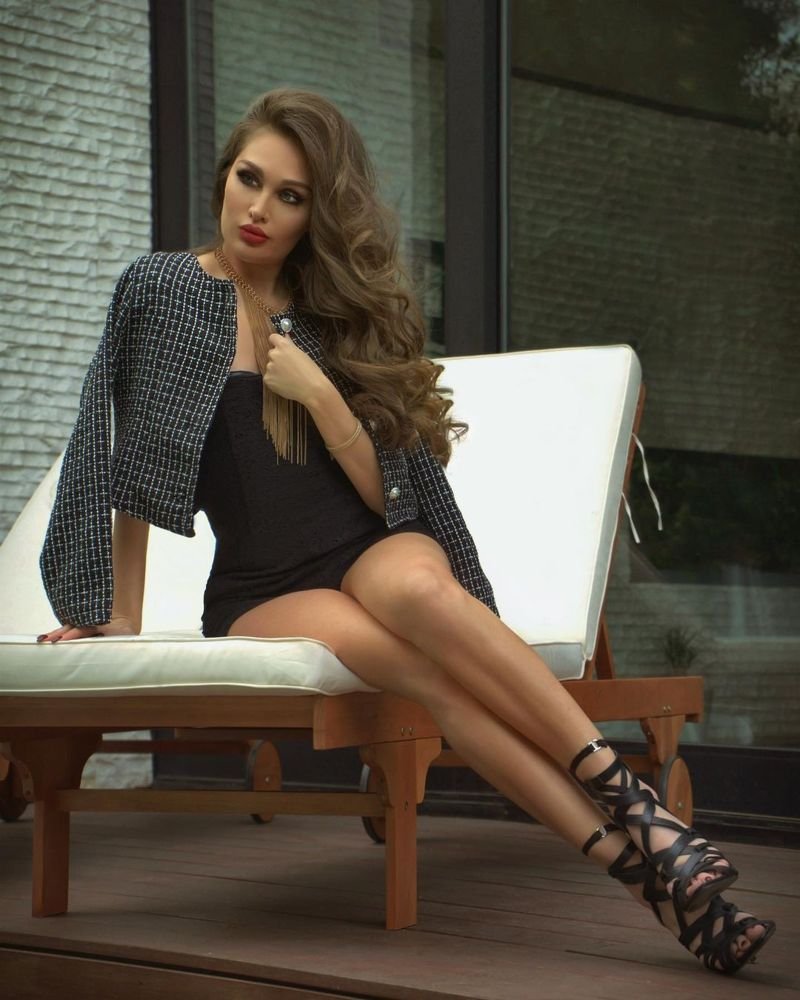 Tala Golzar is one of the prettiest and sweetest Iranian fashion influencers. Tala is a model and fashion designer born on February 10, 1989, in Tehran, Iran. She obtained her pharmacy degree in the United States after emigrating from Iran when she was 18 and now is living there.

Tala was born in Tehran and grew up in Karaj, Iran. Farbod is her younger brother. Her mother, Soheila, has Russian origin despite being born in Iran. She and her family moved to the United States in 2006, when she was 17 years old. 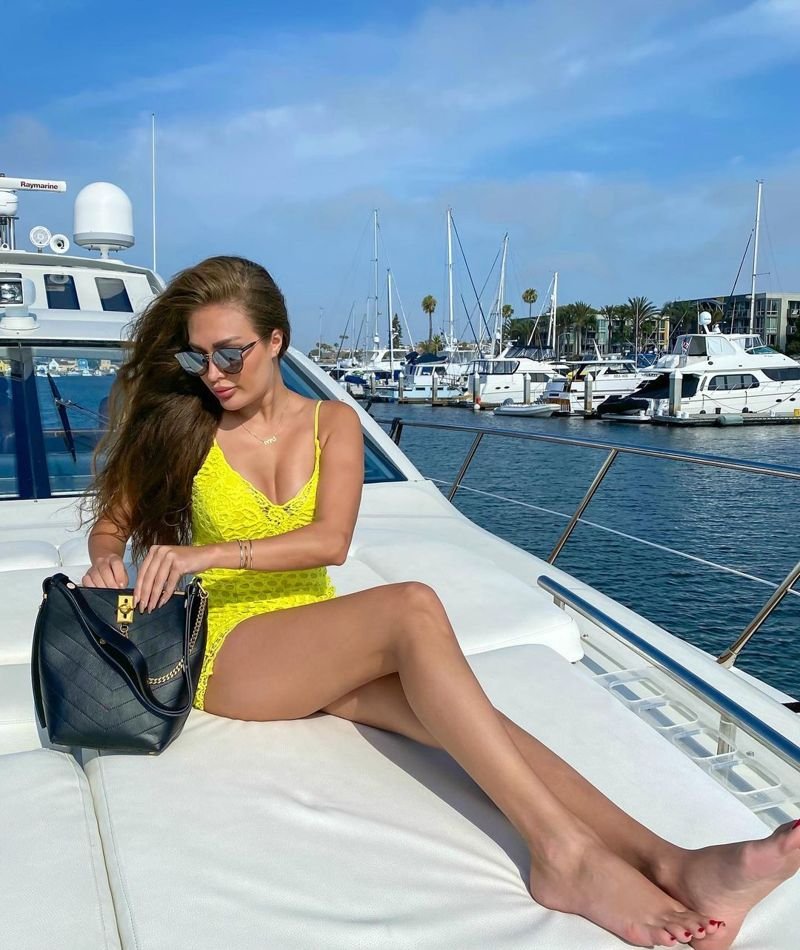 Tala began pursuing her childhood passion of being a model as soon as she arrived in the United States of America. She first gained attention with a special edition of Tehran Magazine published in Los Angeles and then gained more recognition after cooperating with international brands like NS Design.

In 2010, she appeared as a presenter on the MBC channel of America, where she talked professionally about fashion news and the world of modeling. 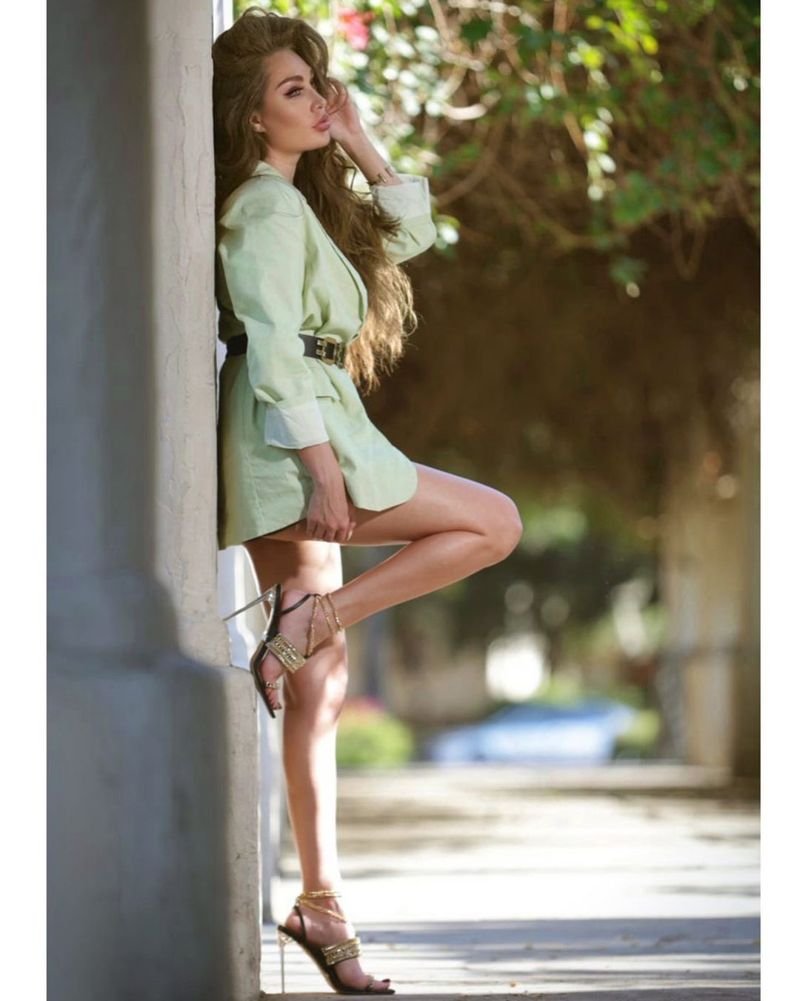 Tala Golzar believes that modeling is more about height than about looks. Women should have a height of at least 175cm with an appropriate weight. 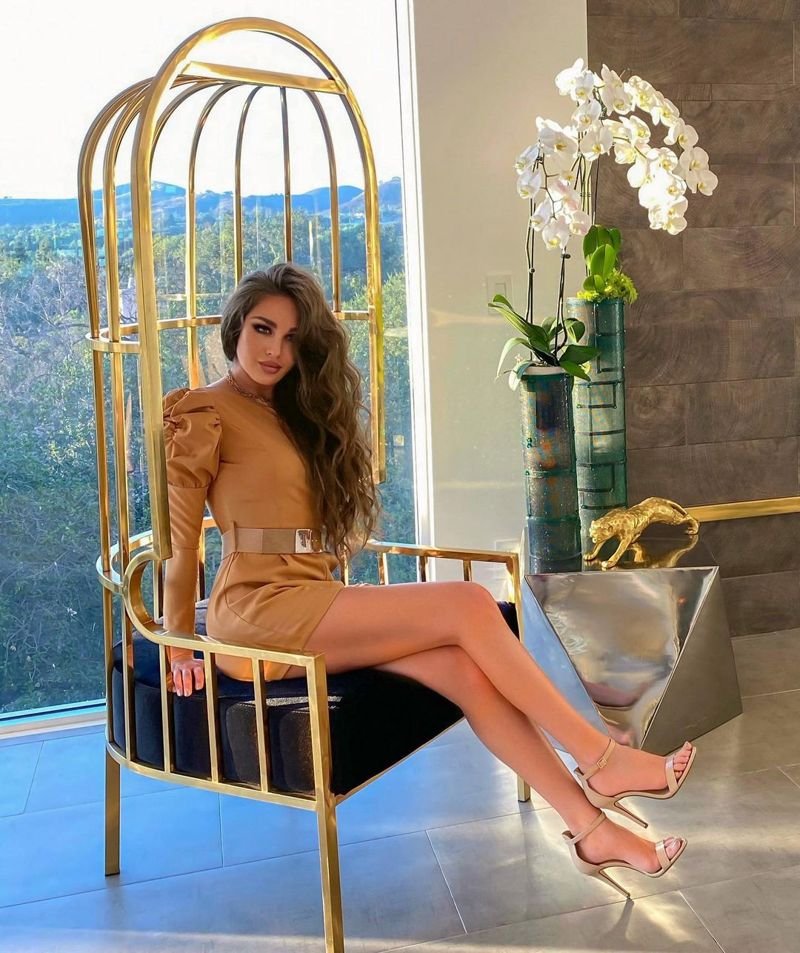 Modeling, except for height, is a profession that needs genuine talent. Tala believes that everyone who aspires to be a model should be born with natural skills. She’s 175 cm tall and weighs 54 kg, and her hair is brown.

Tala Golzar is not married; she’s currently developing her brand. 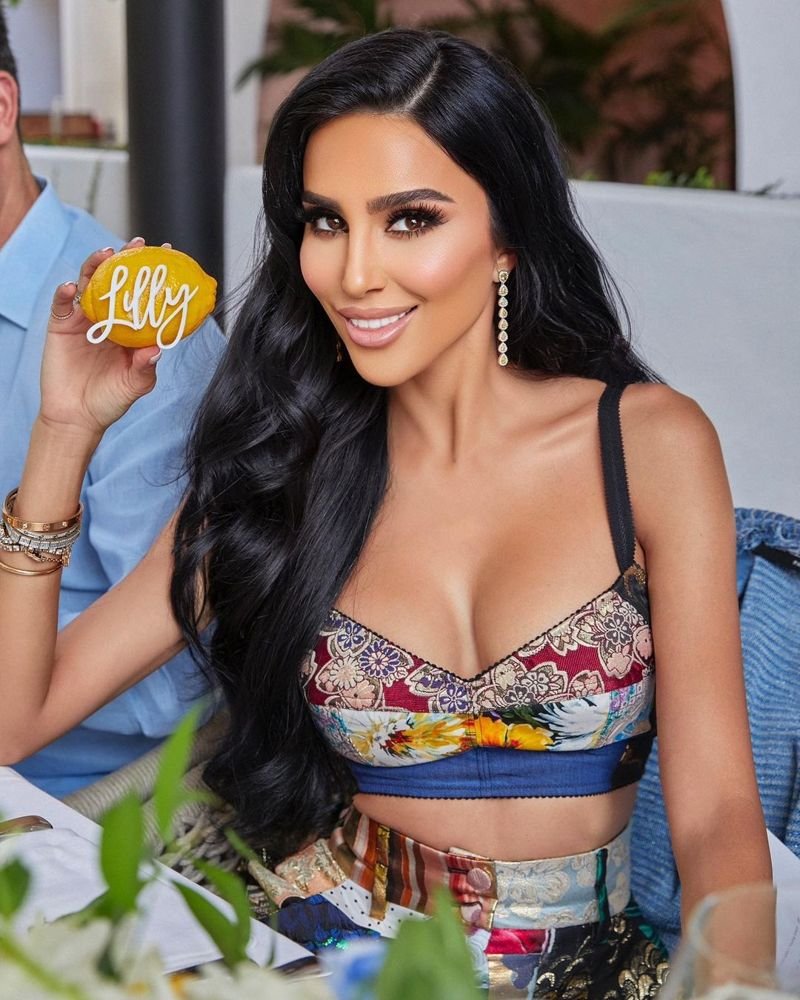 Lily Qalichi is one of the most beautiful Iranian fashion influencers. Lily is an Iranian model, actor, blogger, designer, and lawyer known as “The Iranian Barbie.” Lily starred in the American television series “Shahs of Sunset,” making her more famous. 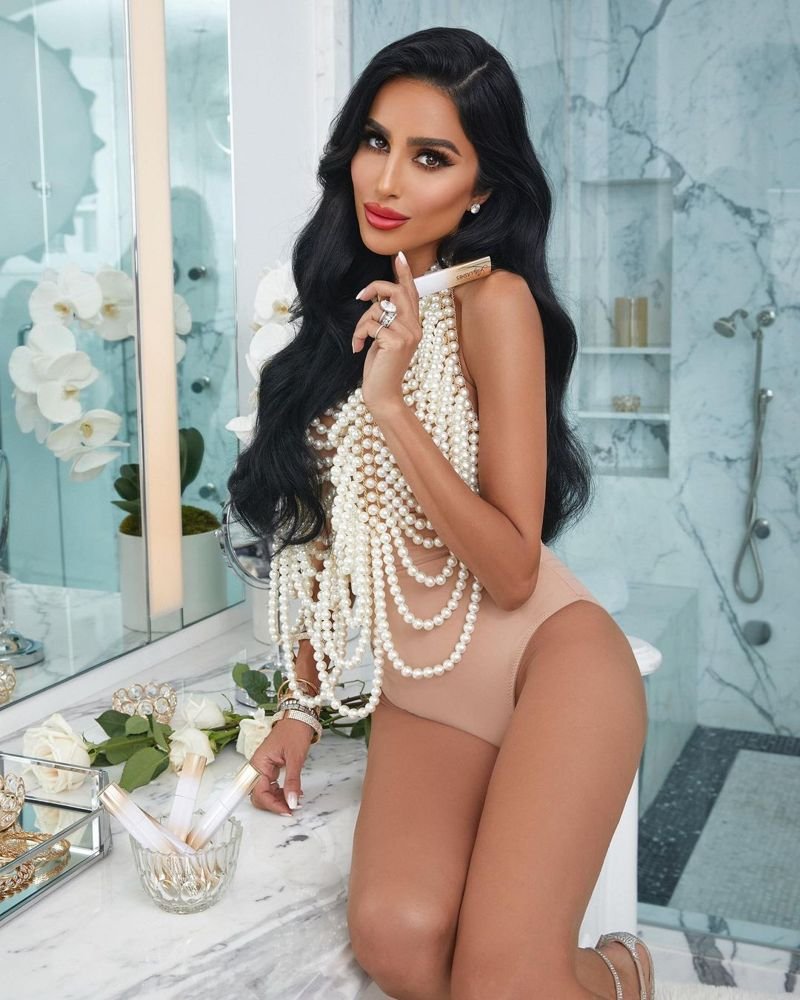 Currently, she is married and has a little son. Dara Mir, Lily’s husband, is a wealthy businessman from Iran. Lily was born in Texas, the United States, on April 30, 1983. Originally from Texas, Lily grew up with her younger sister Jasmine and brother Muhammad in Houston.

Lily Qalichi is 1 meter and 70 centimeters tall and weighs 57 kilos. She has a physically fit and attractive body. 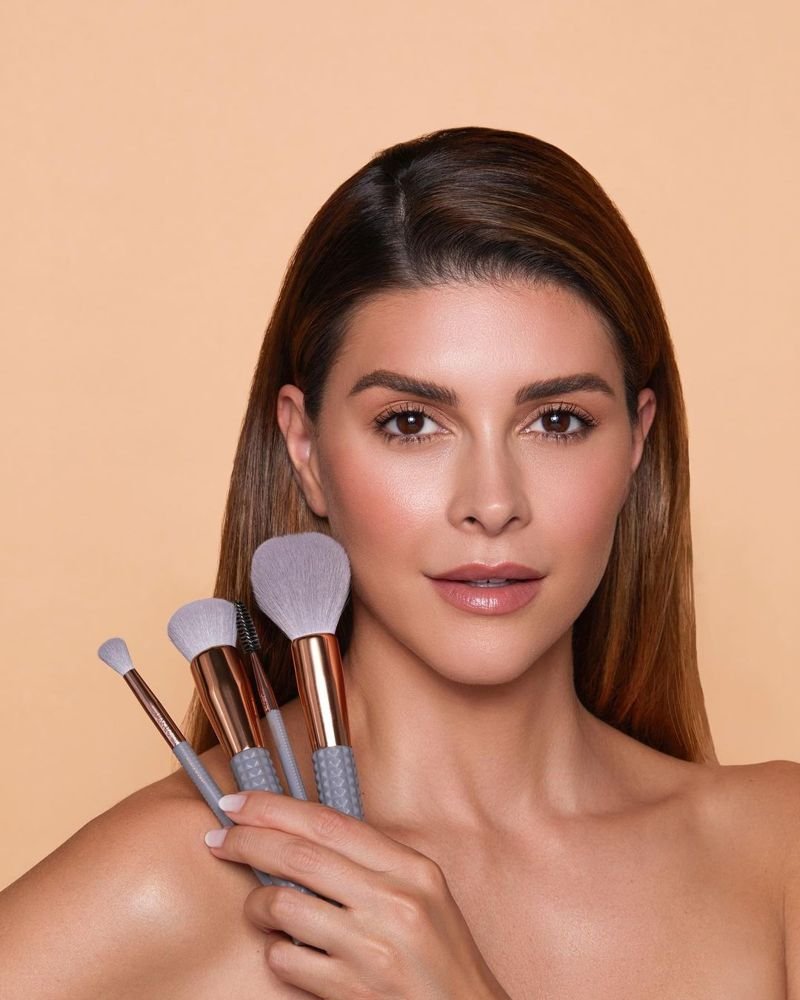 Here is one of the best Iranian fashion influencers. Although Shiva Safai was born on June 12, 1990, in Iran, she spent her childhood in Norway. Then when she was 19 years old, she and her family moved to California. However, Shiva presently lives in Los Angeles.

Shiva is 172 cm tall and weighs 62 kg, making her a slender woman. She has two brothers who are bodybuilders and fitness coaches. Several years ago, Shiva married Muhammad Hadid, who you probably know.

Muhammad Hadid is one of the wealthiest Arabs in the world. Hadid is originally from Jordan, but he moved to the United States many years ago and still lives there. The most intriguing aspect of Mohammad Hadid’s life is his Iranian bride, his third marriage!

Hadid has two children, both active in the fashion industry. Mohammad Hadid met and married Shiva Safai, an Iranian fashion influencer. However, they separated a few years later.

This article introduced you to the 7 top Iranian fashion influencers.