Even though the vast majority of Iranians are Persian, the country has a large number of minority ethnic groups, each with its own language, custom, and clothing. In this section, we will look at the traditional Iranian dress, which their beauty will shock you. You should be aware that the diversity of temperatures in Iran has impacted the history, behavior, culture, and, of course, the clothing of different people.

What Are the Traditional Iranian Dress?

As a multi-ethnic and multicultural nation, Iran has a diverse population scattered across the country, from the north to the south and from the west to the east, who enjoy wearing different traditional Iranian dresses. You may observe Iranian people, both men, and women, dressed in embroidered designs and vibrant patterns because of the unique Persian art taste. In the following, we will look at the traditional clothing of some of Iran’s most remarkable tribes. 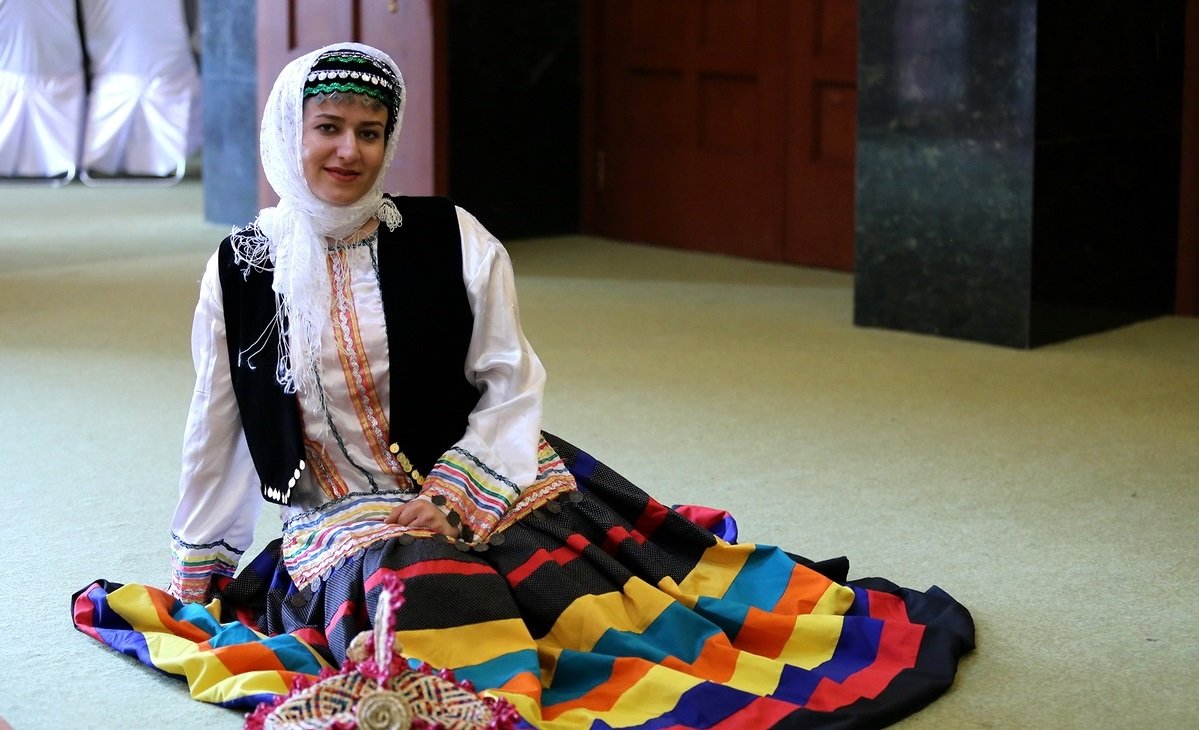 People of Mazandaran, a northern province, wear shorter dressers, as opposed to some of the other tribes, who favor more lengthy clothing. In this region, women dress in colorful trousers under short, puffy skirts and a waist-length tunic-style top, frequently embroidered with a traditional design across the top and is usually a vibrant green hue due to the abundance of forest area. Their headscarves, decorated with beads and tassels, are the most decorative accessories on their clothing. For men, a basic vest placed over white cotton shirts, tucked into hunting pants, and black socks pulled up to just below the knee are all that’s needed to look great. 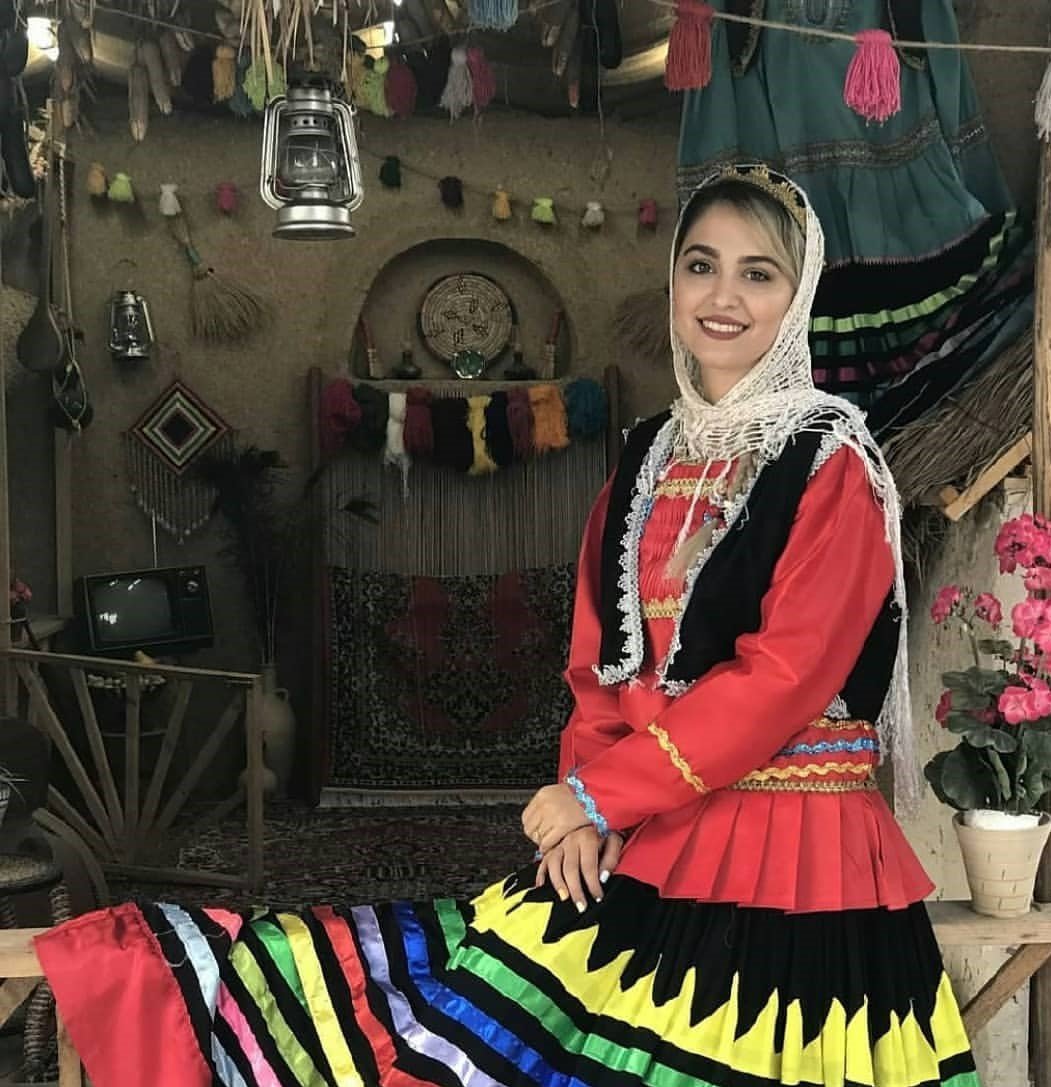 Here is one of the most colorful and spectacular traditional Iranian dresses. Gilan’s northern region is home to the Gilak people. Instead of the wide-legged pants typical of traditional Iranian attire, ladies wear long pleated shirts under black velvet vests adorned with colorful horizontal stripes as their primary mode of outerwear. 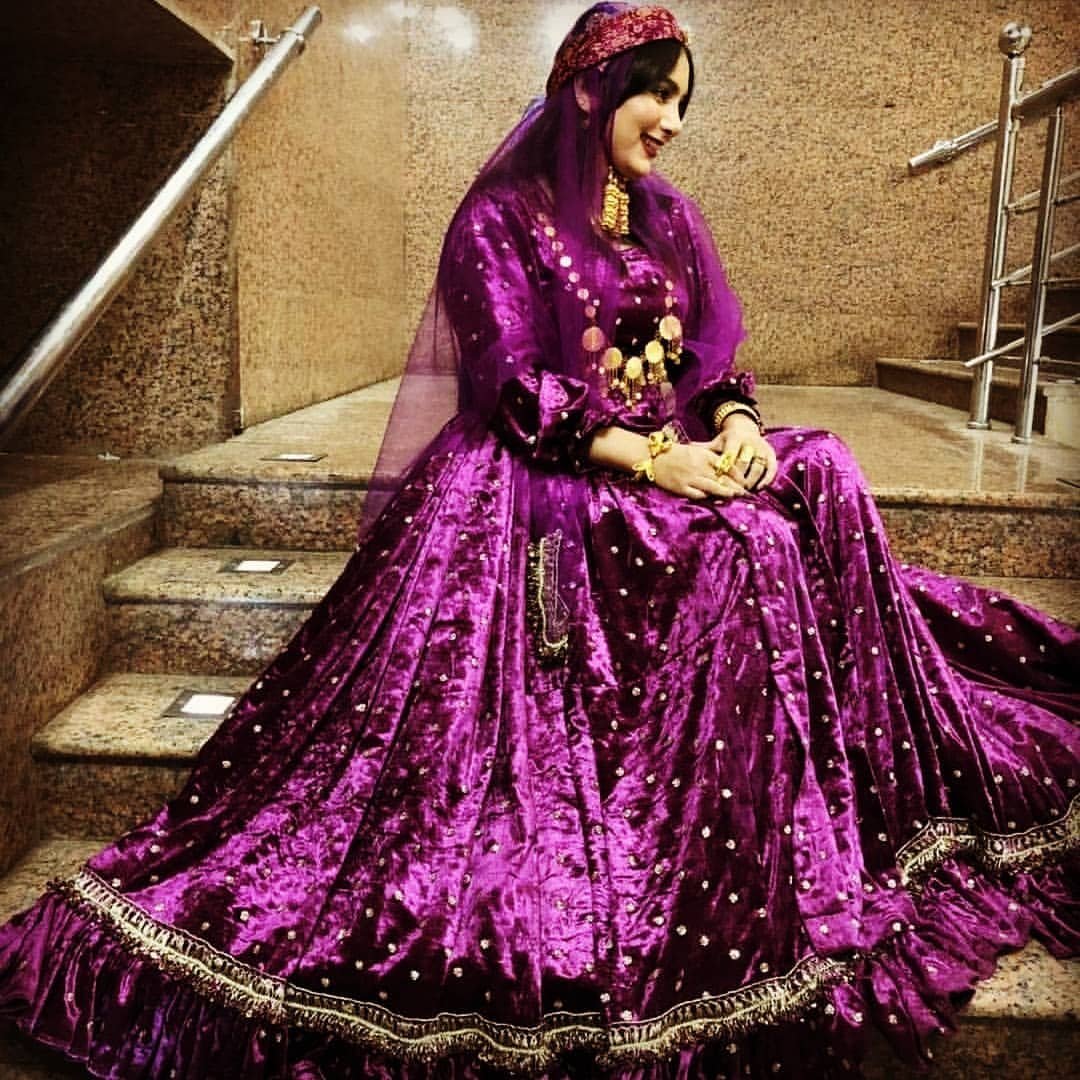 Luri’s traditional Iranian dress is spectacular. Ladies like bright colors and their pants’ cuffs are trimmed with colorful stripes. Women wear colorful scarves covering their head, neck, and shoulders, and a long portion of the scarf falls down their backs. Traditional Luri clothing is recognizable by its intricate beading on the garment and coins and beads hanging from the headscarves, which are among the most eye-catching in the world. 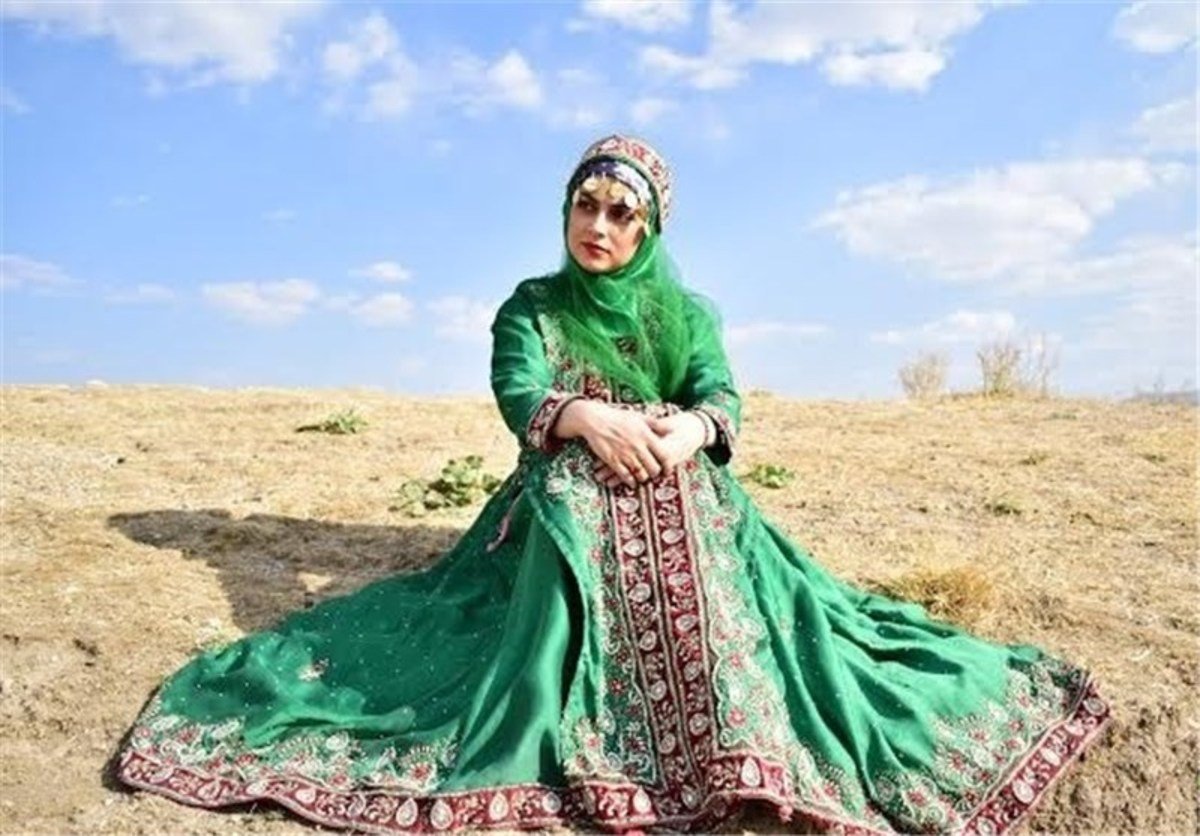 Typical Kurdish women’s attire is vibrantly colored, which is the norm in the region. Typically, they wear a long dress or gown, topped with a jacket or a vest. Colorful belts and trousers are prevalent, as are a variety of accessories. Traditional Kurdish women’s shoes are likewise brightly colored, and they may decorate them with beads or precious stones for added glitter. This style has changed through time, probably as a result of religious influences. Older women tend to dress in darker and more subdued hues, while young Kurdish women and girls choose to dress in the brilliantly colored traditional ones that have been passed down through generations. 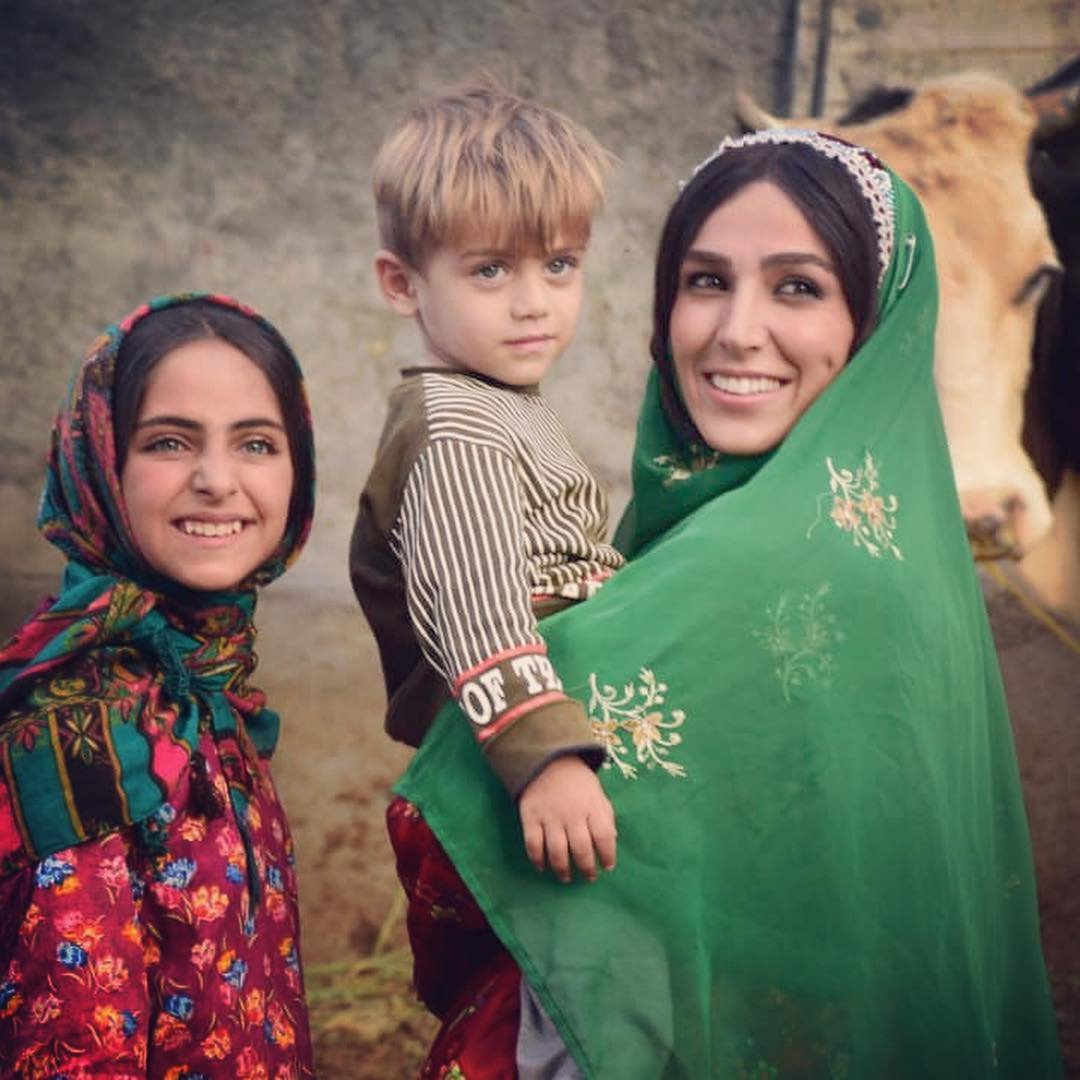 Here is another traditional Iranian dress that belongs to a group of Iranians known as the Bakhtiari who live in hilly parts of southwest Iran, particularly in the provinces of Khuzestan and Esfahan. They are most well-known for being a nomadic group of people. Typical Bakhtiari women’s clothing consists of a scarf, a knee-length garment with long sleeves slit on the sides, and a long full skirt with numerous layers gathered at the waist.  The skirts are then matched with separate shirts and matching vests or shawls, subsequently worn over the top. Long scarves and wraps for the head are often prevalent, sometimes with decorations (for example, fake coins) or hand-stitched patterns sewed into the cloth. 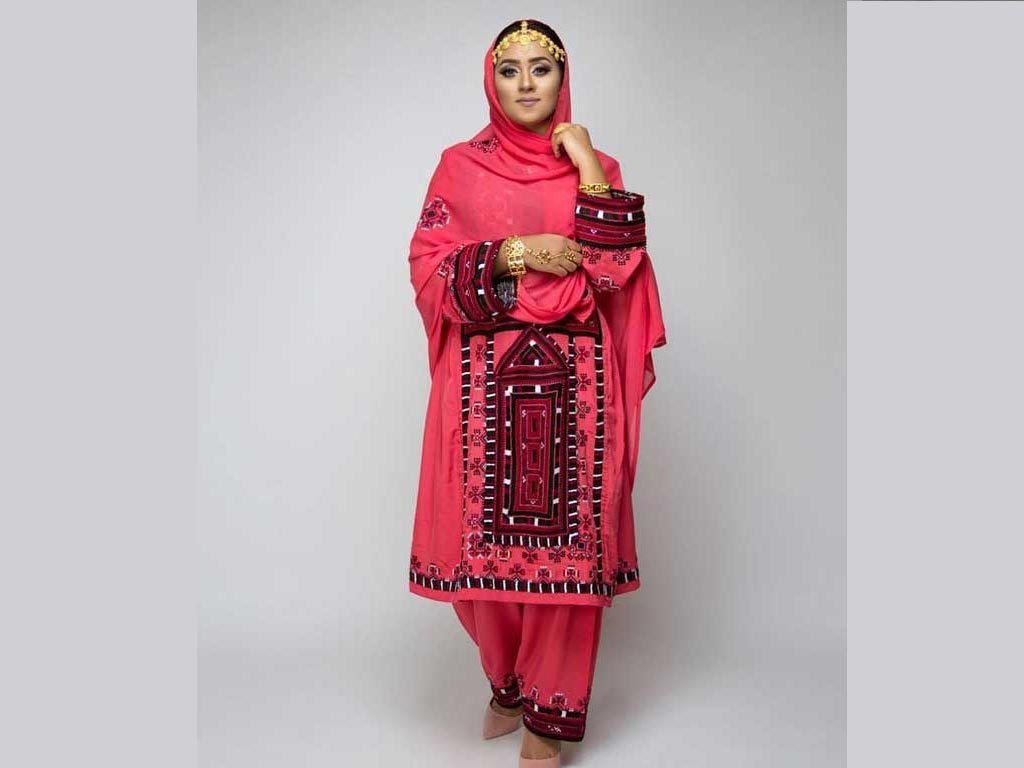 The Baluch people are indigenous to the southeastern region of Sistan and Baluchestan, which borders Pakistan and Afghanistan. As a result, it is not unexpected that their traditional clothing is reminiscent of the voluminous shalwar kameez (loose pants with a long shirt or tunic) used in those countries. The most prominent feature of Baluch women’s clothing is brightly colored. In addition to Jameg (a blouse-like garment) and Pajameg (pants), Baluch women have fashioned their garments with a delicate taste by employing a long scarf (Sarig) and Taku ( a kind of veil). These ladies wear a lot of jewelry, including earrings, necklaces, bracelets, and other varieties.

Learn the Name of Flowers in Farsi