If you want to get familiar with Persian musical instruments, then this article is for you. Every country’s art reflects the essential sentiments and feelings of its people. Even though each country’s taste is distinct, they all have a shared sense of purpose in creating art. Their artworks all have a similar ambiance and concept, which is easy to feel. Music serves as a portal to the soul. No one can ignore the importance of music in human lives, no matter where they’re from. Each culture has a distinct contribution to music that is distinct from the others. Let’s introduce you more to Persia musical instruments, so keep reading.

Persian musical instruments come in various forms and tones, yet they all share certain characteristics. Persian instruments are renowned for their delicacy. Everything about this music will send your spirits soaring back to where they belong. Even if you don’t speak Persian, you can still connect with Persian music thanks to the incredible melody, which can communicate with you deeper than words alone. You just have to pay attention to their exquisite melody and rhythm to appreciate them. Here is the list of traditional Persian instruments.

Persian musical instruments such as the Tar are among the most widely used and well-known in Iran. In Persian, it literally translates as “string.” In the eighteenth century, the Middle East was the site of the earliest forms of this instrument. Some believe Tar is a member of the lute family, although it has frets and six strings, five of which are steel and one of which is brass. Compared to a double bowl, Tar’s body is of mulberry wood. In addition, you can see a thin membrane of sheepskin stretched at one end of the structure. There are about twenty-six frets on the instrument’s fingerboard, and individuals play the strings using a little plectrum. 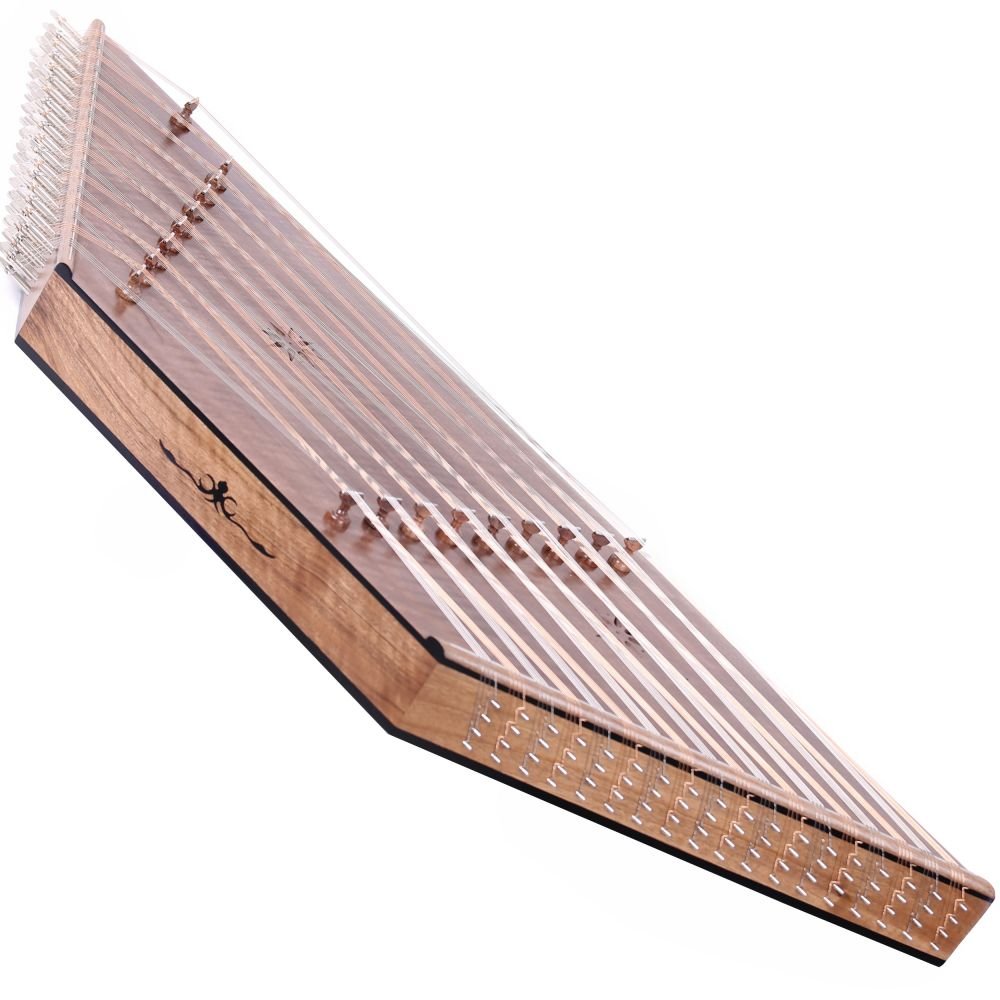 When you look at Santoor, you’ll see a geometrical wooden box with brass and steel strings wrapped around it. The artist is able to play this beautiful instrument with the help of two wooden Mazreb Hammers that have been carefully crafted. When you listen to Santoor, the first thing that catches your ear is the captivating notes and wonderful melody that it creates for you, and it’s among the best Persian musical instruments. When listening to this fascinating music, you may shut your eyes and picture yourself in paradise, where you can simply alter your mood. When you listen to Santoor, its melancholy melody will draw tears to your eyes, and the rhythmic melody will make it hard to keep a smile off your face. 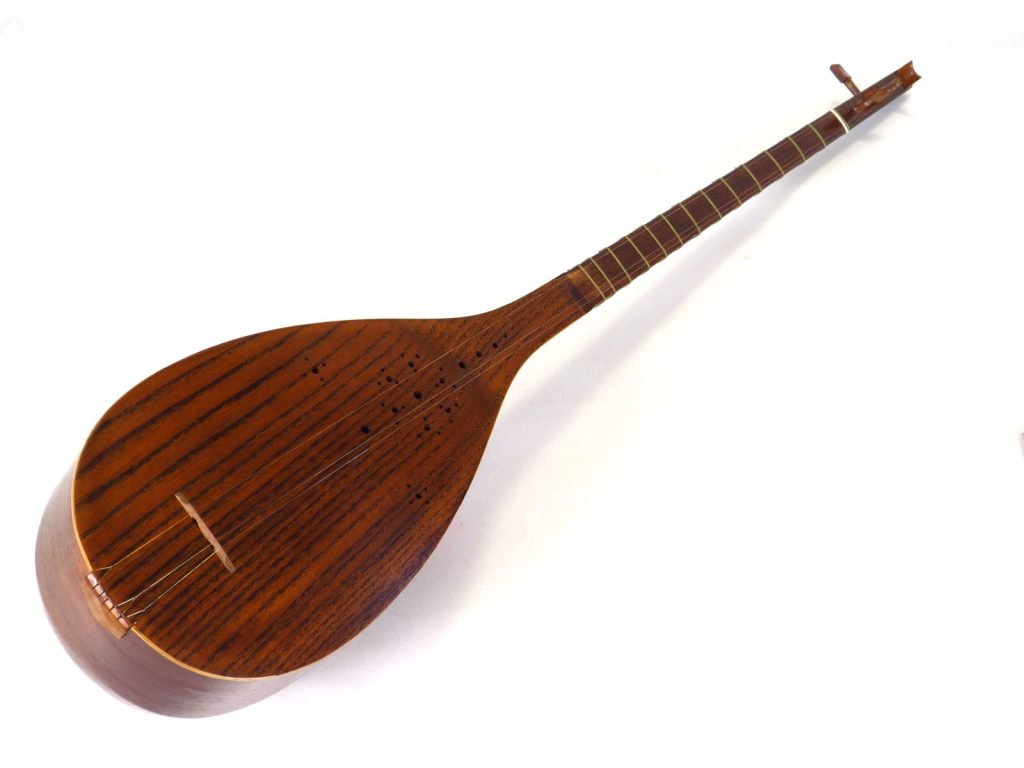 With a long neck and pear-like form, it is a stylish choice. There are some holes cut into the surface for a more qualified resonance. Tanbur is a four-stringed instrument with fourteen chromatic gut frets. One can play Tanbur with the right hand, and it requires the player to utilize all of the fingers on their right hand. Of course, there are other methods of strumming the strings, the majority of which employ the index and pinky fingers. Tanbur provides the musician with the ability to create a variety of rhythms and natural sounds, such as bird whistling, waterfalls, and streams. 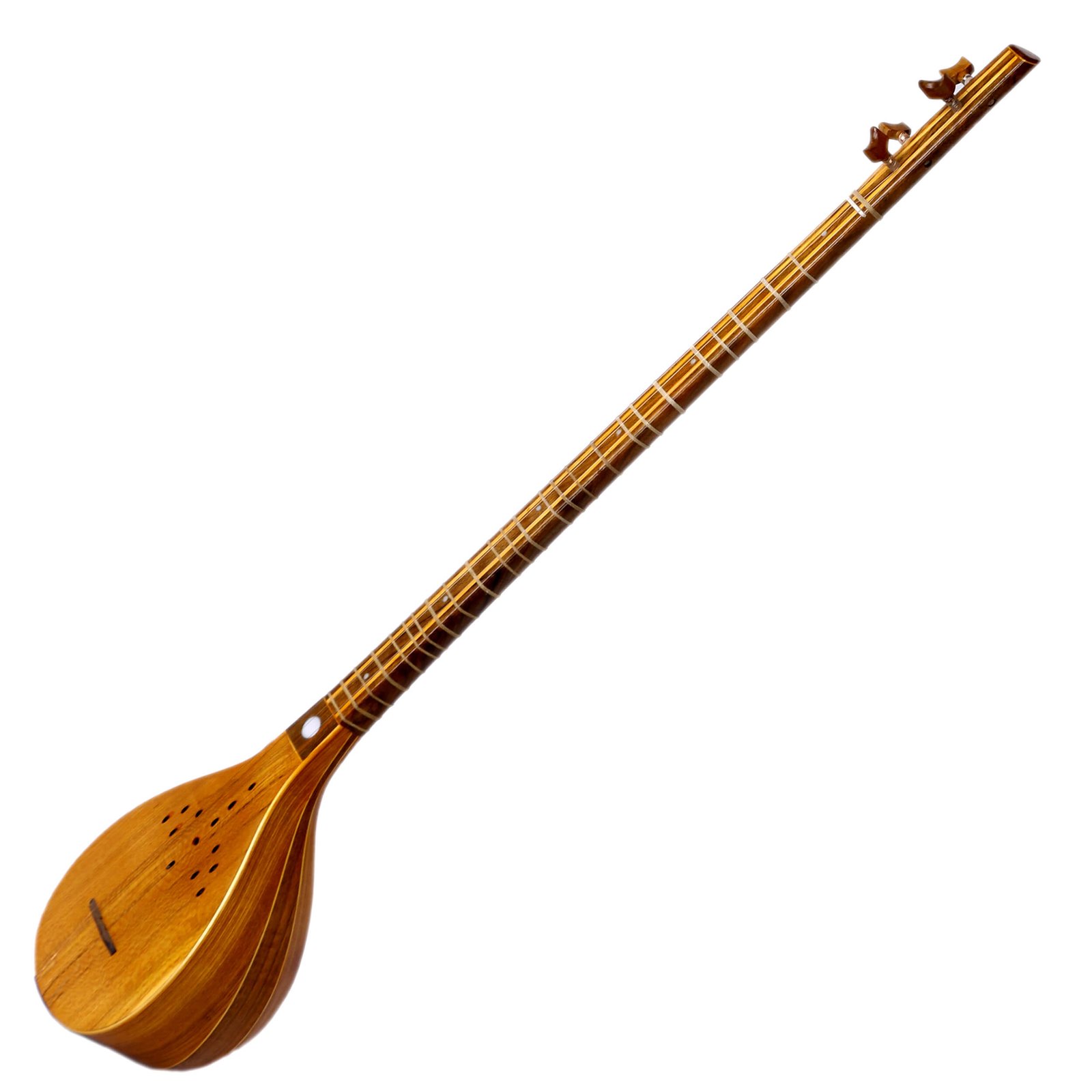 The melodies of Setar will captivate you if you’re seeking something fresh and exciting, something raw and seductive in music. Listening to its song is similar to sitting next to a campfire near a sea while enjoying the view. Even though it relaxes you, the color of fire and the flames stimulate feelings of excitement in your heart. Setar is among the very famous Persian musical instruments in Iran. Setar is a Persian word that literally translates as “three threads.” This wonderful Persian instrument has four strings despite its name or contrary to its appearance. It was not until the nineteenth century that some masters introduced the fourth string to Setar. Even now, some players continue to use three strings to perform the instrument. Setar and Tar are very similar in many ways. On the other hand, Tar is larger in size compared to Setar, and it often contains six strings. 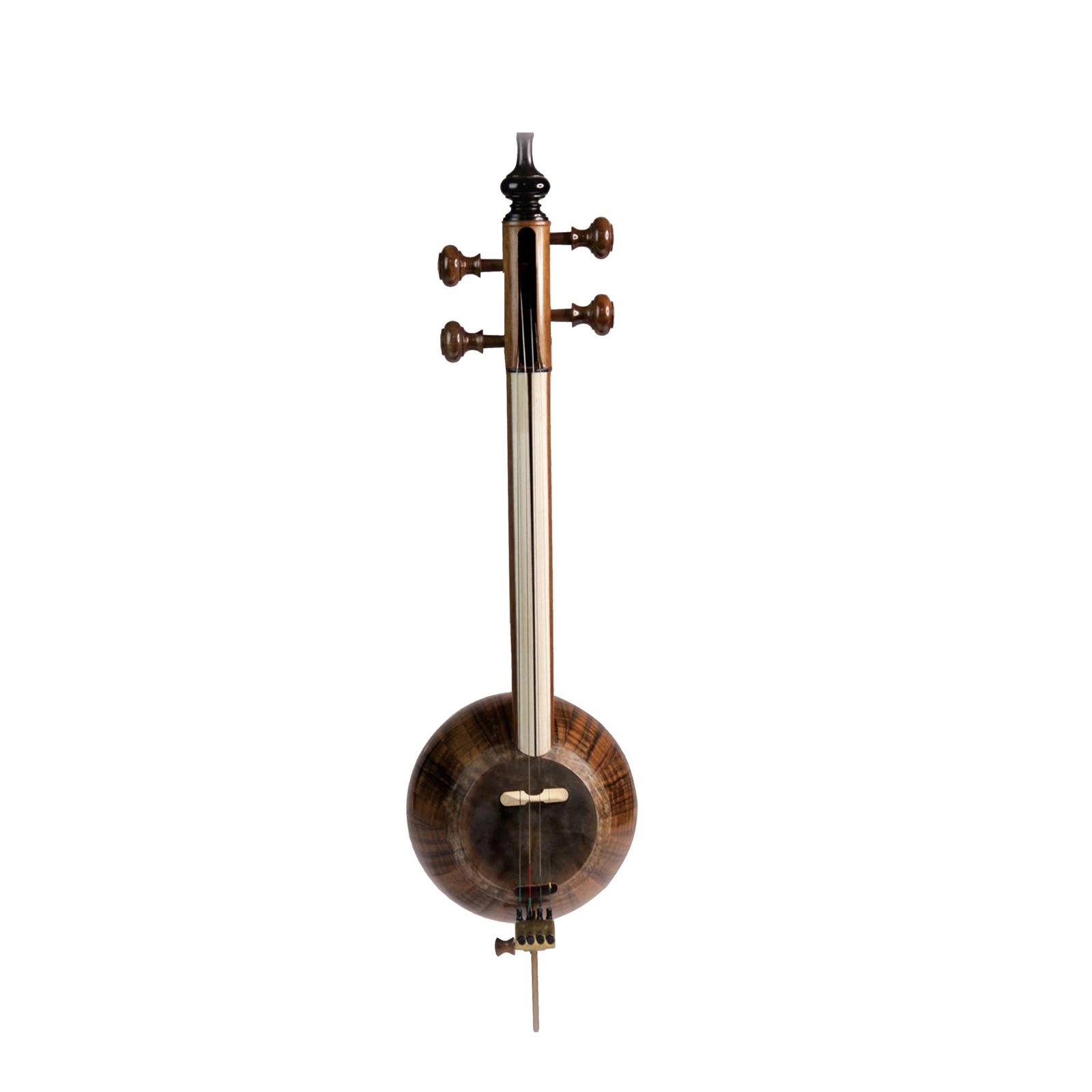 Kamanche is another famous one in Persian musical instruments. The Kamanche is an Iranian stringed instrument comparable to the violin and bass. It is somewhat larger than a violin and nearly as large as a viola, yet it has many characteristics with each of them and distinctions against them. For example, the Kamanche is a four-metal strung instrument played with a single-stringed bow and performed in the traditional manner. The form is similar to a violin, with a wooden globe and a long handle on one side.  Some people believe that the Kamanche was originally a three-stringed instrument until the violin became known in Iran in the late twentieth century, at which point they inserted the fourth string. 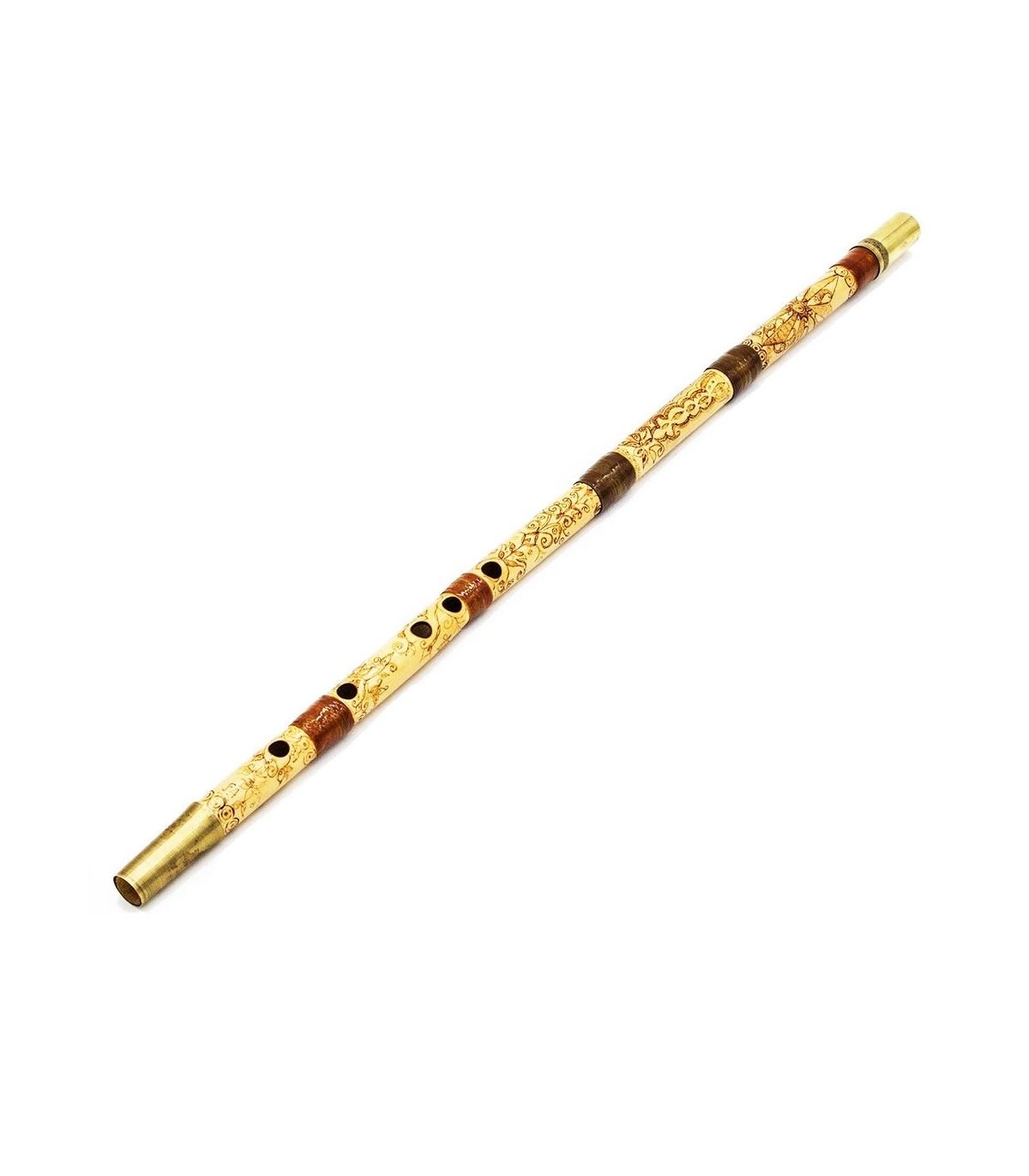 The Nay is one of every Iranian favorite Persian musical instruments. In Persian classical music, it’s a vertical reed flute with a long history that Iranians have been playing for centuries. There are six finger holes in the front of the instrument and one in the back. When the musician blows into Ney, they breathe life into the notes and cause them to conduct an emotional revolution in the crowd’s lives. When you first hear the notes, you are overwhelmed by the emotional melody and tone, and then you have enlightenment and realize that you can’t stop listening to the music anymore. That is how you know Ney has developed a connection with your soul. 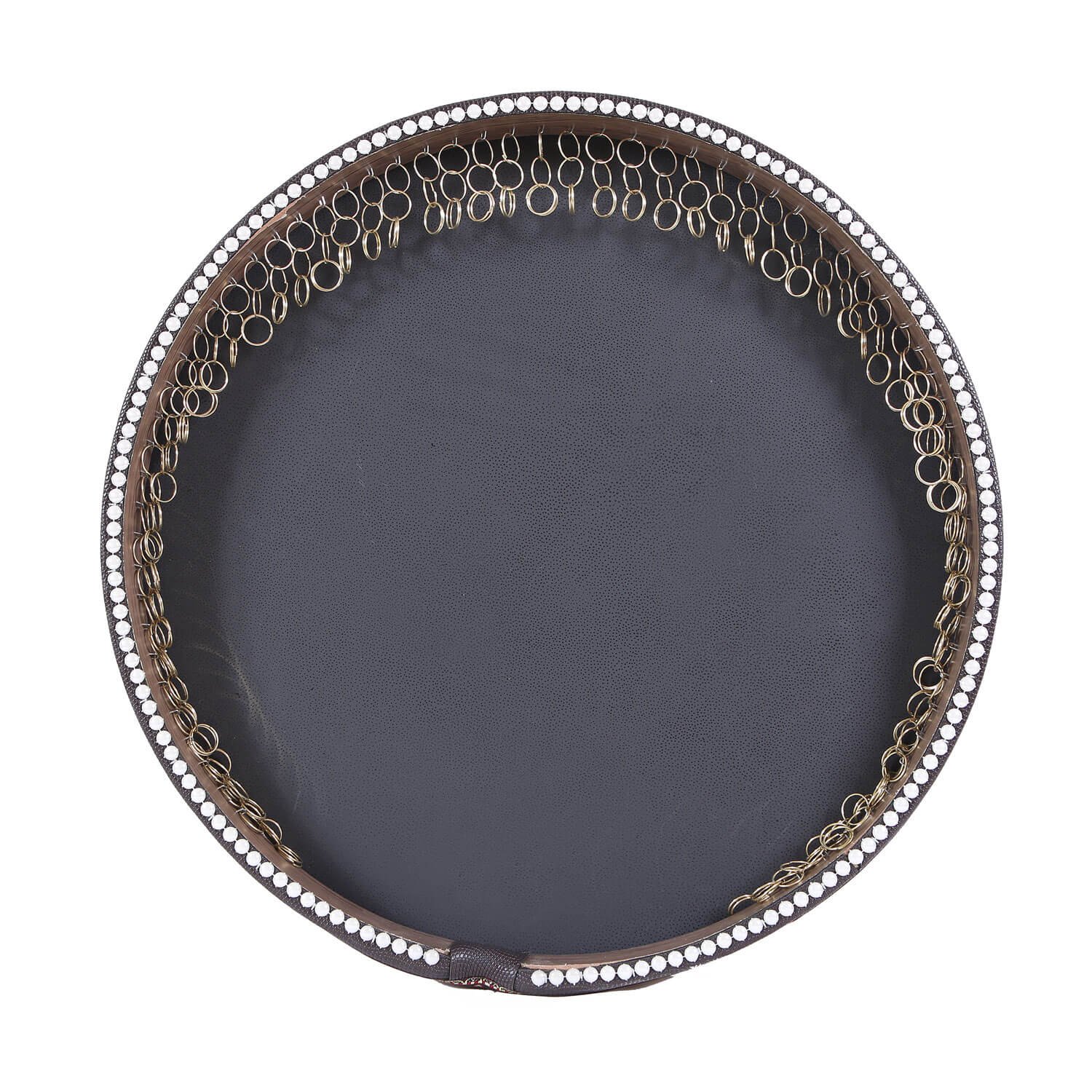 Daf is another popular one among Persian musical instruments. The history of Daf dates back thousands of years when it was popular in ancient Persia, various regions of Southeast Asia, and North Africa. During the twentieth century, Sufis in Iran would perform this rhythmic Persian musical. An instrument similar in size and shape to the drum but much thinner in appearance. As opposed to a drum, it’s open on one side and not closed. Many little metal rings are sometimes added to the open side of the Daf traditionally. The Iranian Daf has become more prevalent in recent years, and many people are attempting to learn it.