As Iran’s third-largest city, Isfahan has long been a popular tourist destination for Iranians and visitors from around the world, thanks to its distinctive Iranian architecture, mosques, and numerous historical landmarks, some of which are on the UNESCO World Heritage List. If you want to visit Isfahan, you probably need to know the best hotels in Isfahan. So, let’s find out which hotels in Isfahan are the best.

What Are the Best Hotels in Isfahan?

If you want to enjoy your trip to the utmost, it’s better to stay in a hotel with good facilities; that’s why we have provided a list of the best hotels in Isfahan. 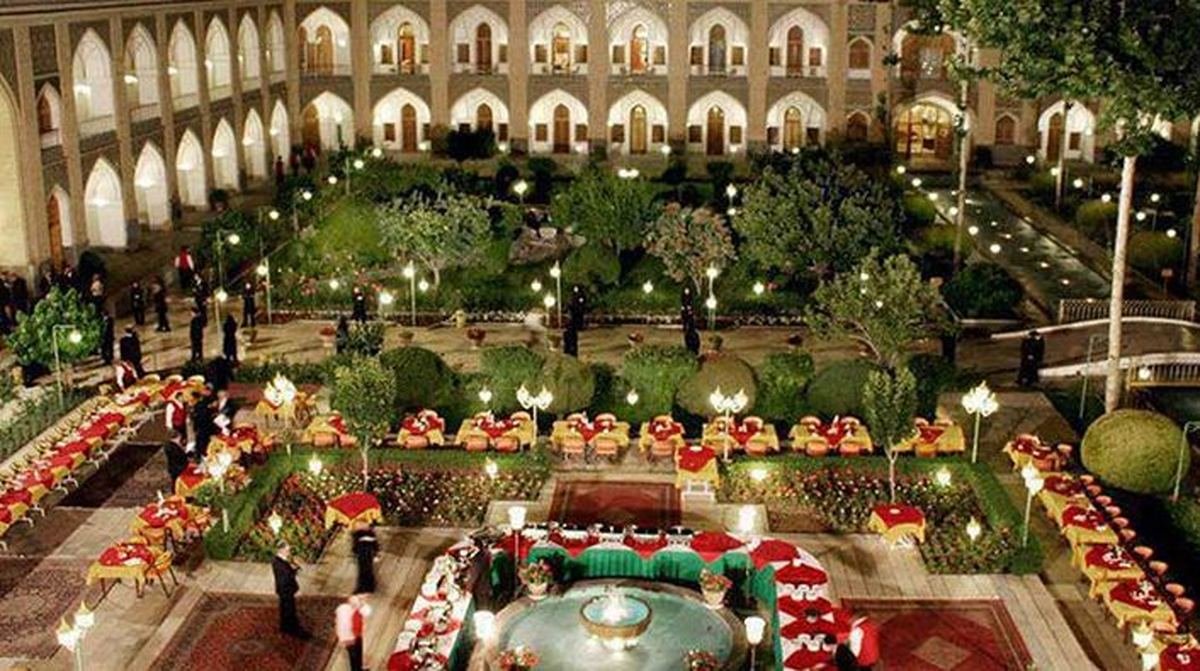 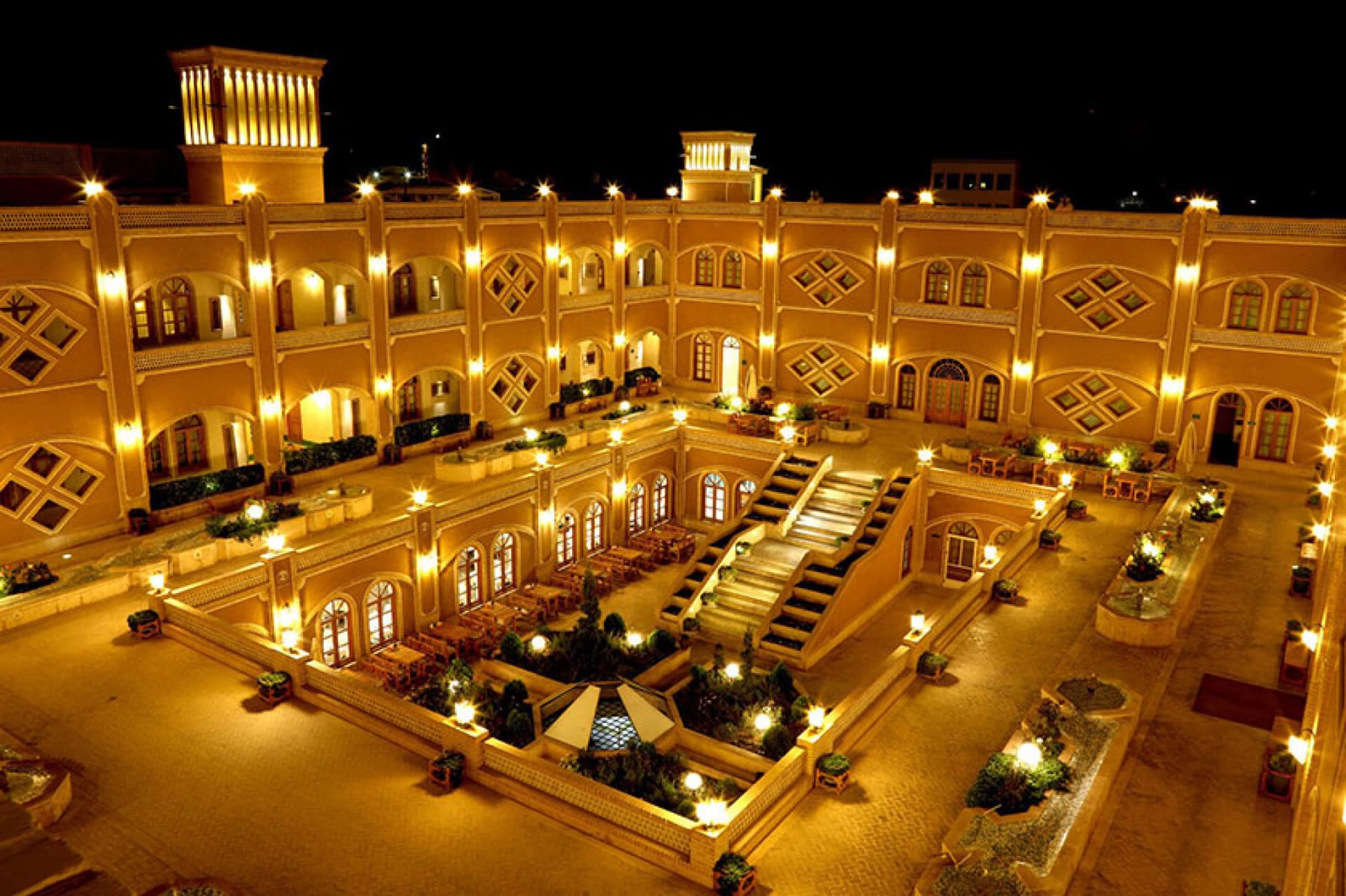 The Abbasi Hotel is a five-star hotel located on Charbagh Avenue in Isfahan, among the best hotels in Isfahan. A one-of-a-kind architectural legacy in the Isfahan architectural style, dating back to the magnificent Safavid period. The Abbasi Hotel, now a 300-year-old edifice in the center of the city of Isfahan, is famous as the museum known as the “Nesf-e-Jahan” (meaning half of the world). Staying in the Abbasi hotel is like spending time in a museum. Construction of the Abbasi Caravansary began in 1695 under the direction of King Sultan Husayn of the Safavid Dynasty. He left the mansion to his mother as a gift. It’s noteworthy that over 150 eminent artists from Isfahan had worked tirelessly to build this spectacular historical hotel. The Abbasi hotel features 225 rooms and suites, including standard single, double, and suite rooms and Qajar, Safavid, green, and two or three-bedroom apartments. There is a view of a garden from the hotel rooms and suites. This hotel provided free wifi and daily housekeeping. The restaurants of the Abbasi Hotel, which include a traditional dining room and a coffee shop, are also excellent choices for a meal. 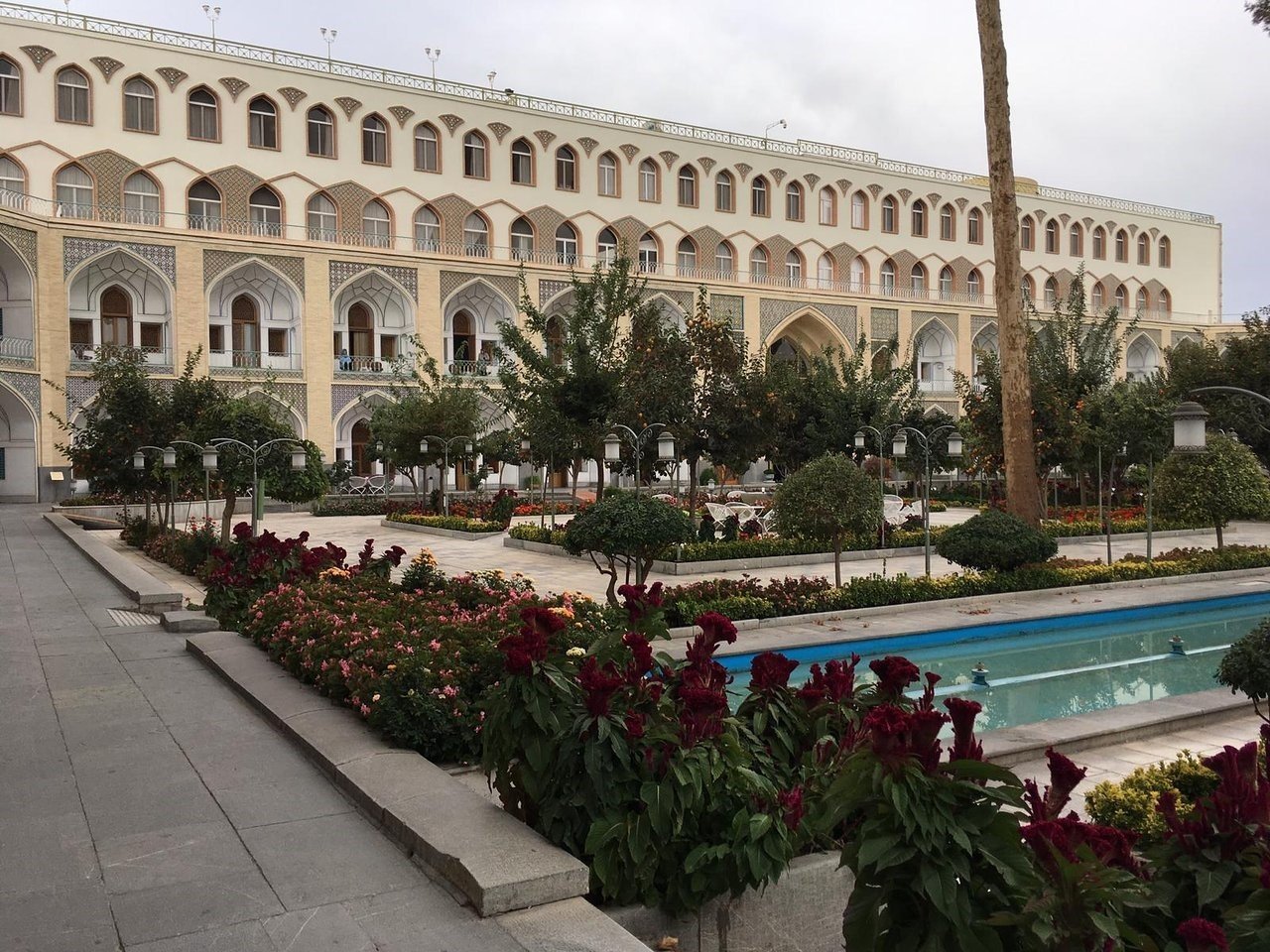 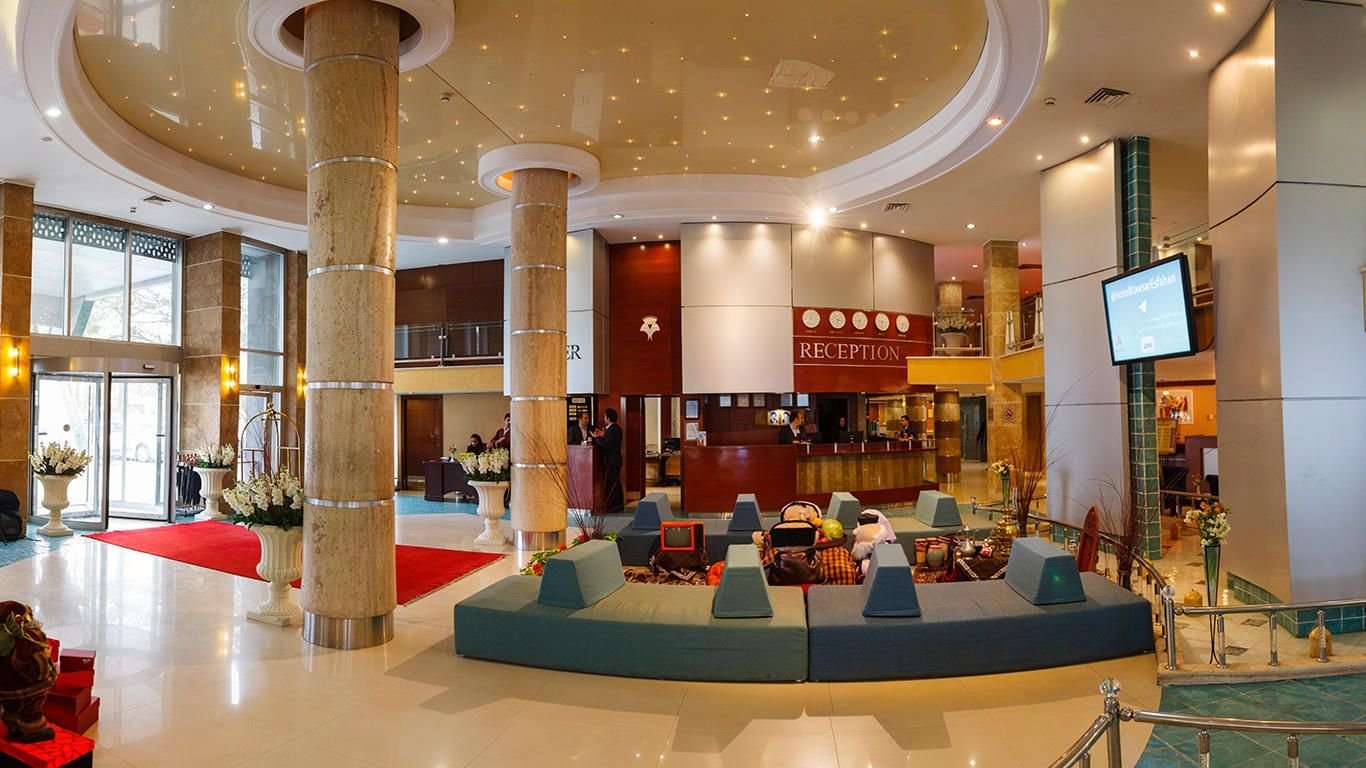 The five-star Isfahan Kowsar Hotel, situated on the picturesque edge of the ever-flowing Zayandeh Rood, close to the old bridge of Siosepol, was opened in 1972 with 130 rooms and is one of the best hotels in Isfahan. To improve its quality and quantity of services, the International Parsian Kowsar Hotel underwent a complete reconstruction in 2004, adding 40 new rooms. One hundred seventy luxurious rooms and suites are now available at the hotel. The hotel facilities include a café, elevator, restaurants, parking space, garden, wifi, satellite tv, mini bar in rooms, and lots more. 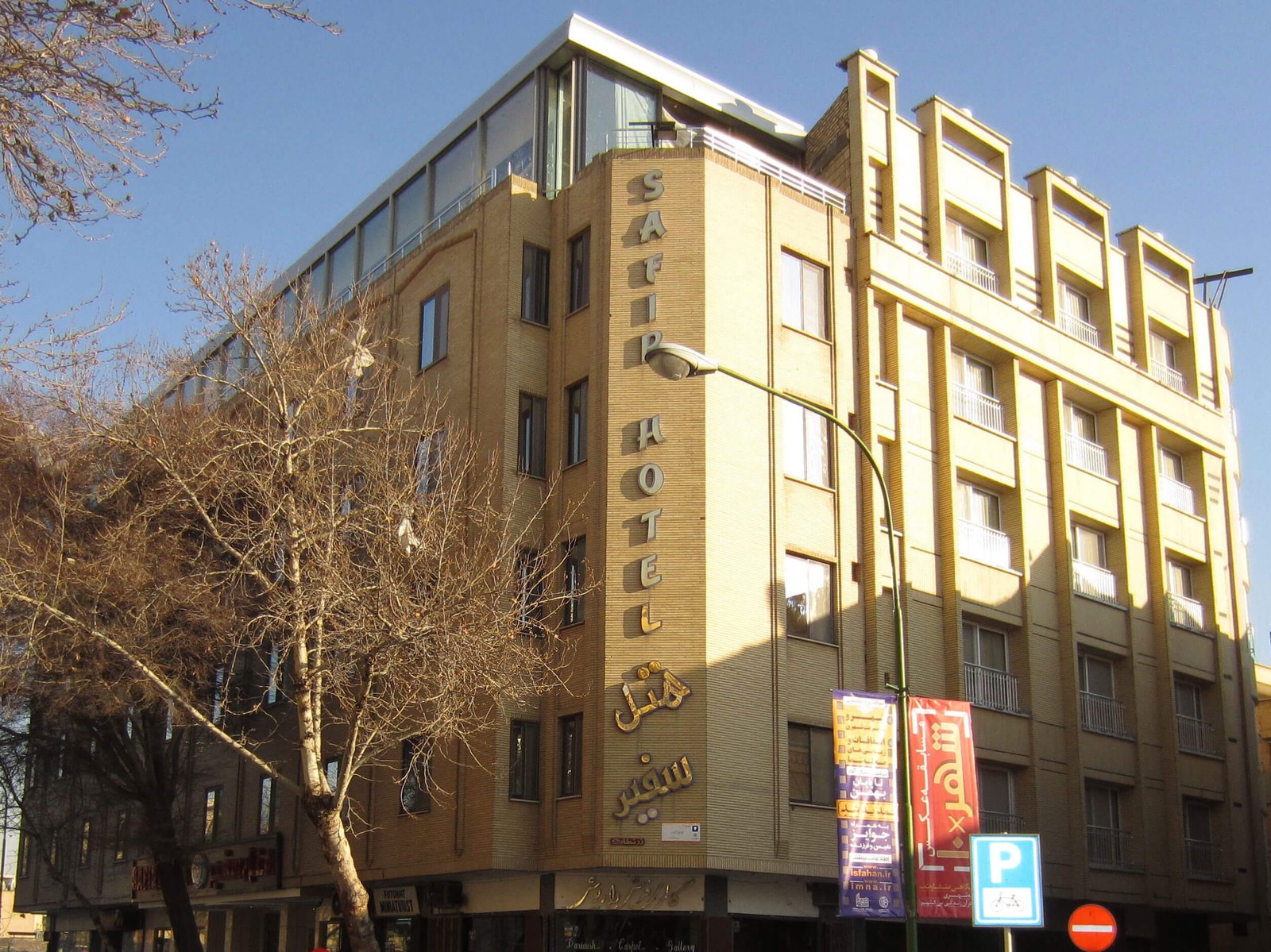 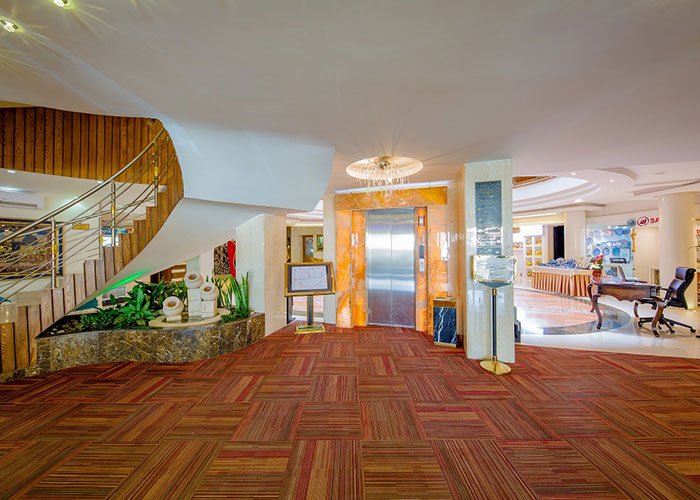 The Safir Hotel, a four-star hotel, is one of the best hotels in Isfahan. In 1992, it was completed and put into service, and it has been in operation ever since. The Safir hotel had a renovation in 2017 to increase the facility’s overall quality. The Safir hotel is on five floors and has 100 rooms. In the lobby of this hotel, there is enough space to accommodate 100 people. Unfortunately, there is no parking available at this hotel. The Safir hotel has a rooftop restaurant that can accommodate 120 guests, a free swimming pool for guests that includes a massage sauna and Jacuzzi, a coffee shop that serves both cold and hot drinks and light snacks, and a shopping center. It also consists of a money exchange shop, a service to assist disabled people, a CIP service, a paid mini bar, a taxi service, a laundry service, special tours, an airport transfer service (for a fee), ticket services, and internet access. 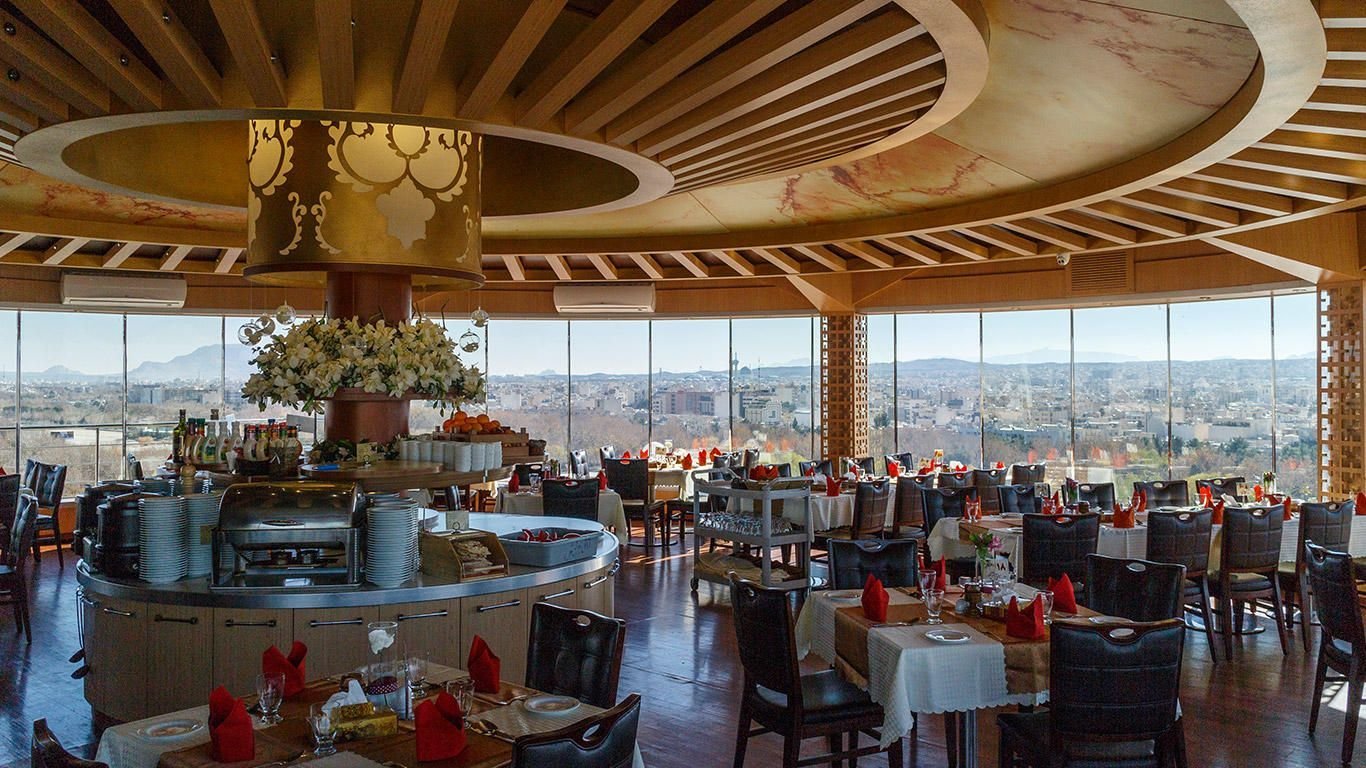 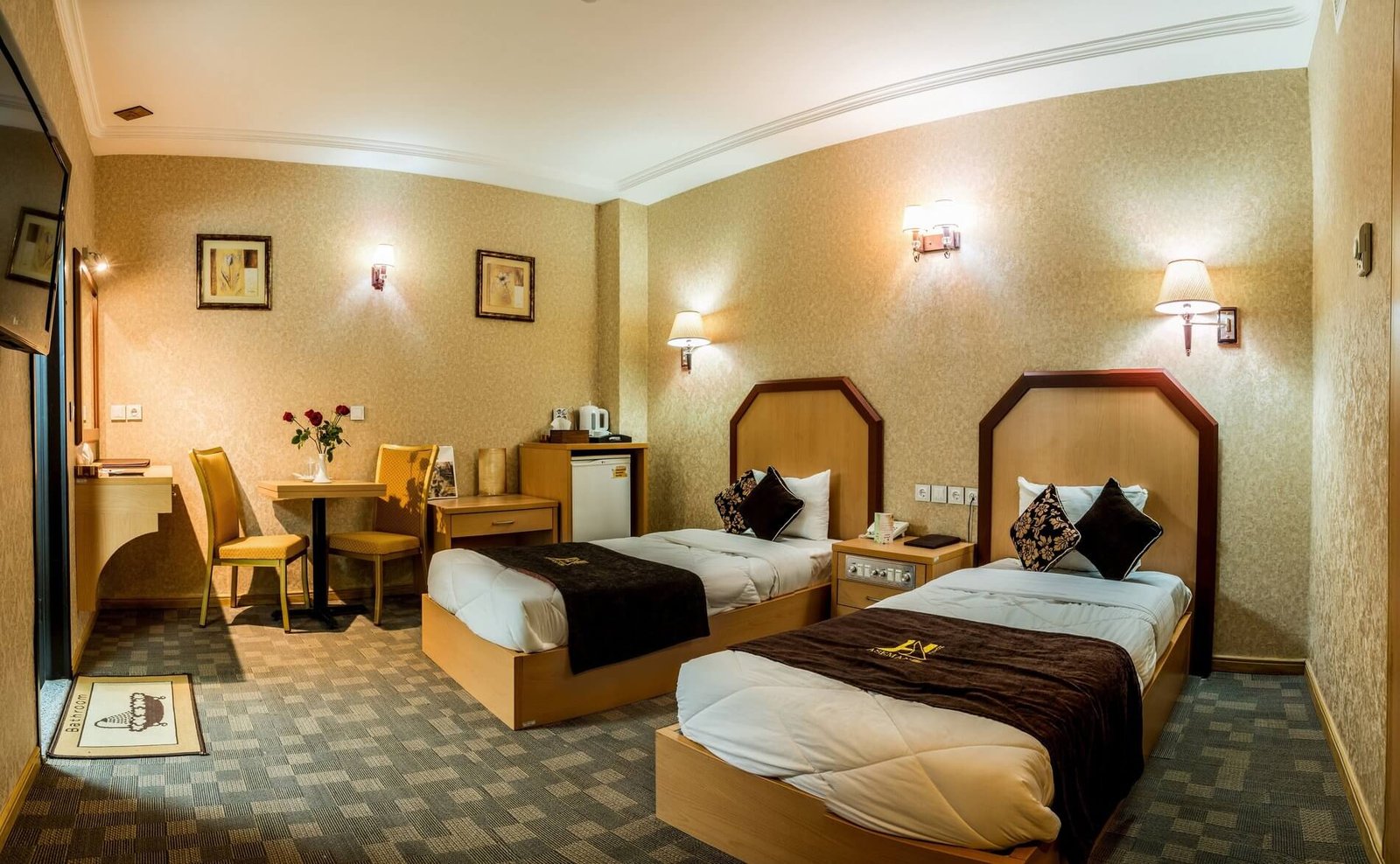 With 13 stories and 93 contemporary rooms, this resort offers a variety of amenities, including basic furnishings, a television, a wardrobe, a safety deposit box, and a mini-fridge, and it’s among the best hotels in Isfahan. They provide all guests with a private bathroom equipped with a shower or bathtub and essentials. There is free, unlimited wifi access provided throughout the hotel. They have a large restaurant with a view of the Zanyanderud River, offering both Persian and foreign cuisine. They also have a lovely coffee shop where you may have some beverages. Another set of facilities and services provided by this hotel include an indoor pool, spa, concierge, game room, currency exchange, dry cleaning, and baggage storage. 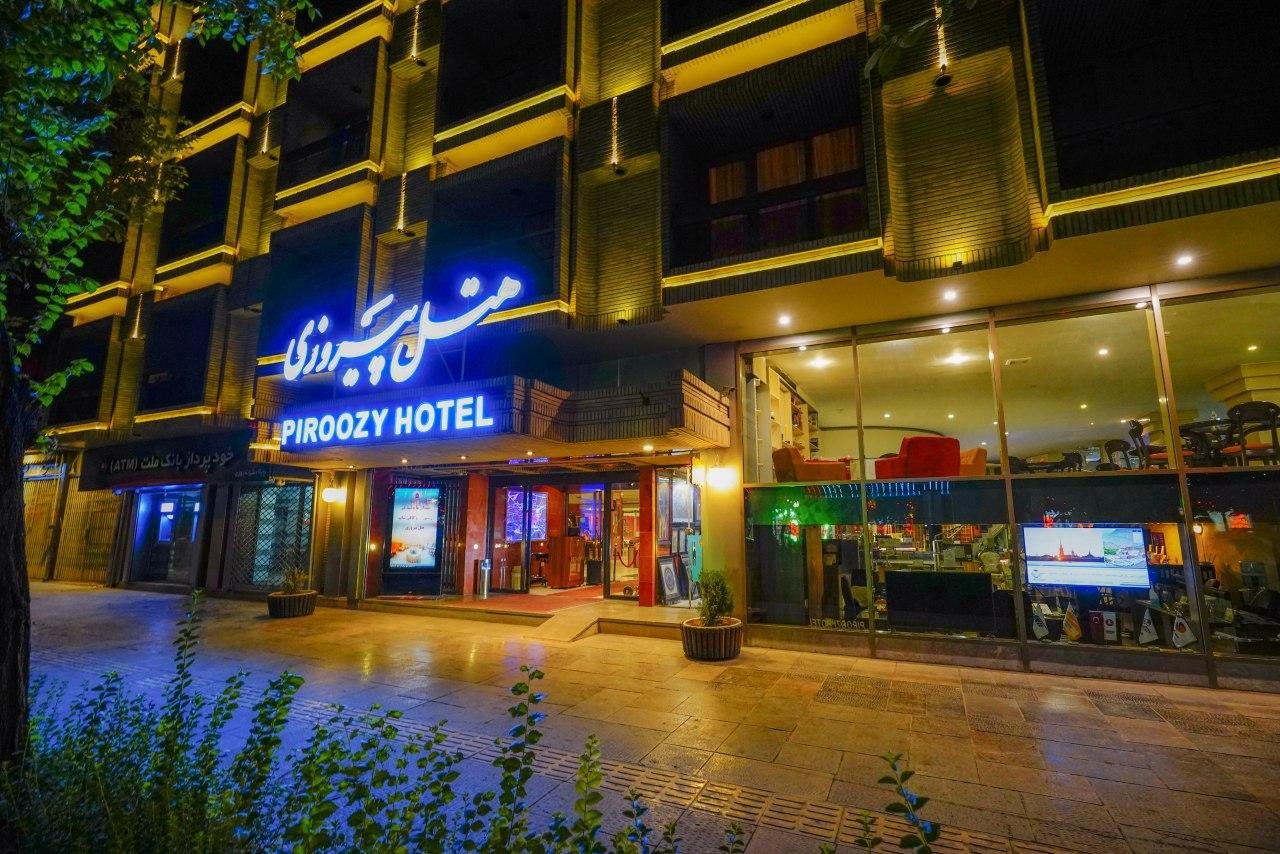 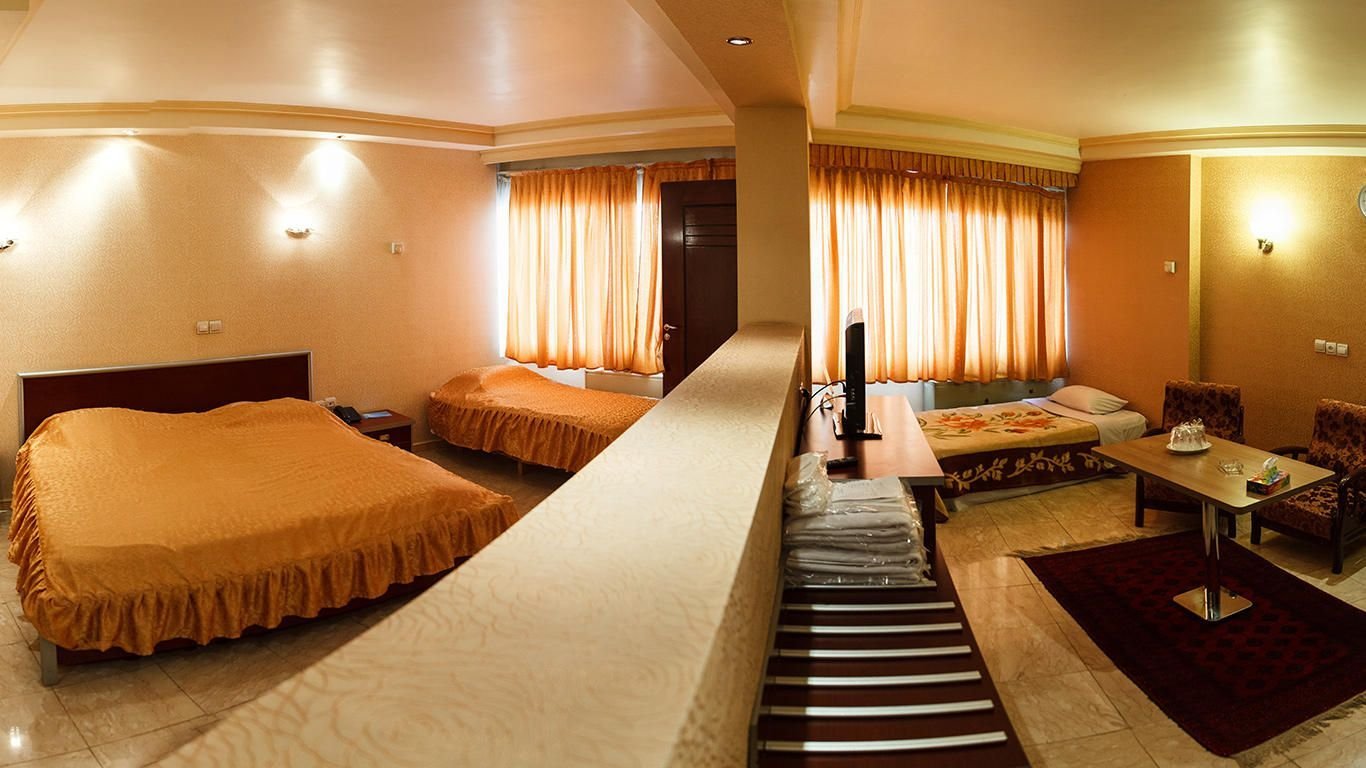 The Piroozi Hotel, located in the heart of Isfahan, within walking distance of the Sio Seh Bridge and the Imam Khomeini Mosque, is one of the best hotels in Isfahan. It’s also near several of the city’s attractions, including the UNESCO World Heritage Sites Shah Mosque and Naghsh-i Jahan Square, Palace Hasht Behesht, and Ali Qapu Palace, all of which are all within walking distance. Air conditioning, satellite television, a desk, internet access, a hairdryer, and bathrooms are the facilities of this accommodation. The hotel’s in-house restaurant offers a variety of foreign meals and local delicacies. There is also a coffee shop and room service provided at the hotel. A meeting room, parking spaces, and a taxi service are among the other amenities available. The hotel is around 30 kilometers from the Isfahan International Airport. 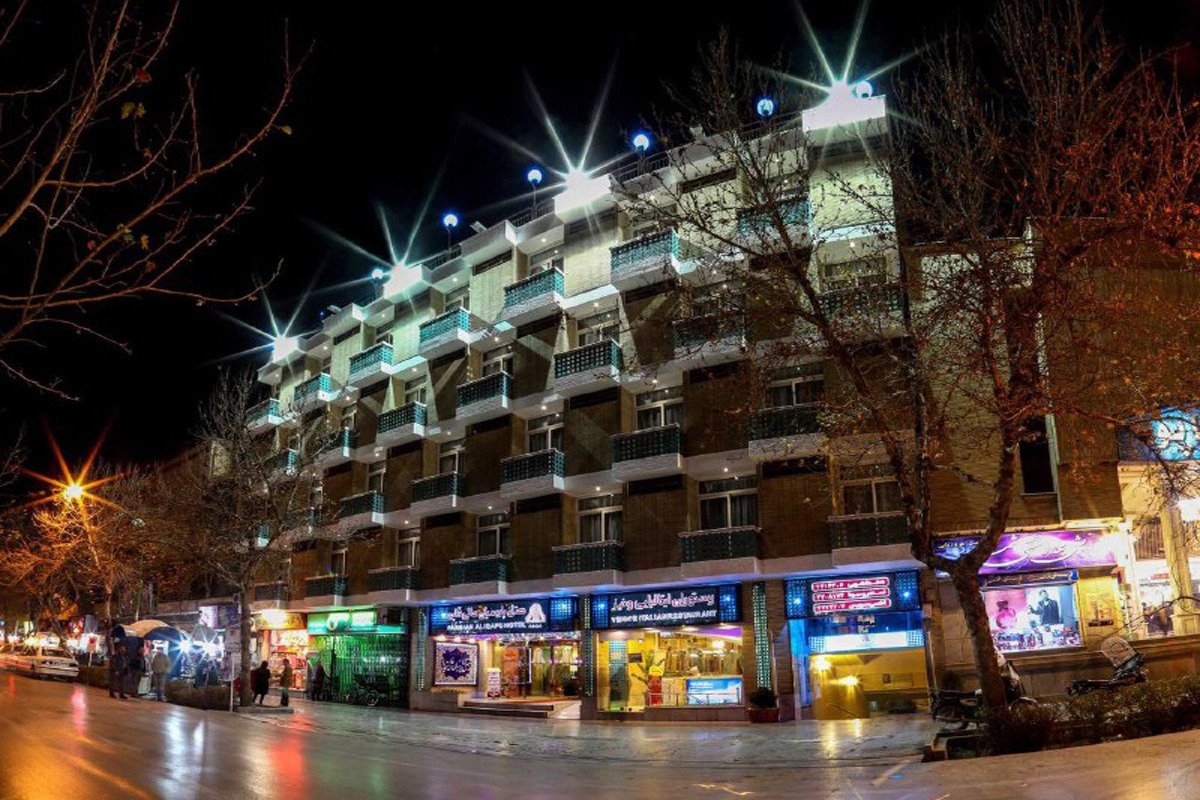 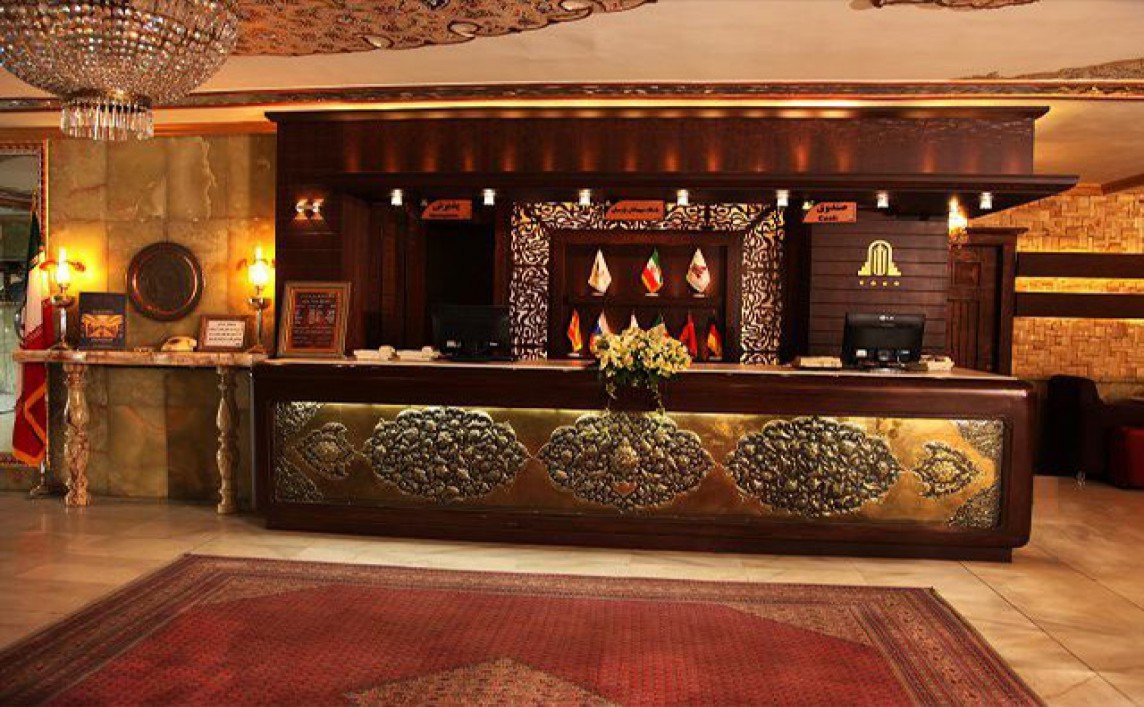 There are 106 rooms in the Parsian Ali -Qapu hotel spread across four levels, and it’s one of the best hotels in Isfahan. The lobby of this hotel has enough space to accommodate 50 people. Unfortunately, there is no parking available at this hotel. The Parsian Ali -Qapu hotel has a restaurant that can accommodate up to 150 guests, a free swimming pool for guests that includes a massage sauna and Jacuzzi, and a coffee shop that serves both cold and hot drinks and light snacks. It also has a shop, a green space, a money exchange shop, a service to assist disabled people, a paid mini bar, a taxi service, a beauty salon, a café net, laundry service, special tours, and an airport transfer service. 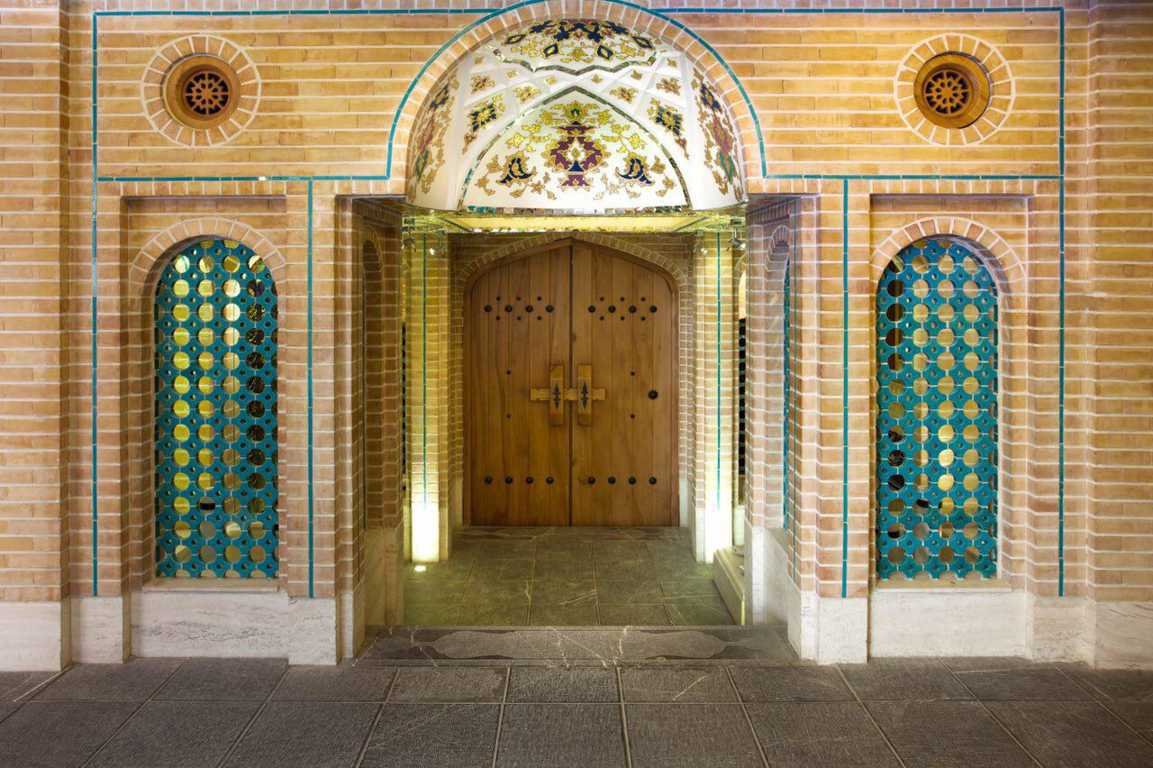 Attar Hotel is one of the best hotels in Isfahan. All of their luxury apartment suites at Attar Hotel offer a fully equipped kitchen, bedrooms, bathrooms with walk-in showers, and a spacious living room. Each suite has been thoughtfully designed to ensure your comfort. Many of Isfahan’s attractions are within walking distance of the Attar Hotel, making for a convenient stay. Traditional breakfast, access to the pool and gym facilities, room service, and wifi are all the facilities in the Attar hotel. Attar was a family house that they transformed into a boutique hotel that is privately owned and maintained. It’s in the center of Isfahan’s traditional residential district and is a beautiful place to stay in the center of its traditional residential district. With an eclectic combination of sophisticated craft, detailed design, and a colonial feeling of comfort, it’s a contemporary retreat that encompasses all that you might think to be luxurious. 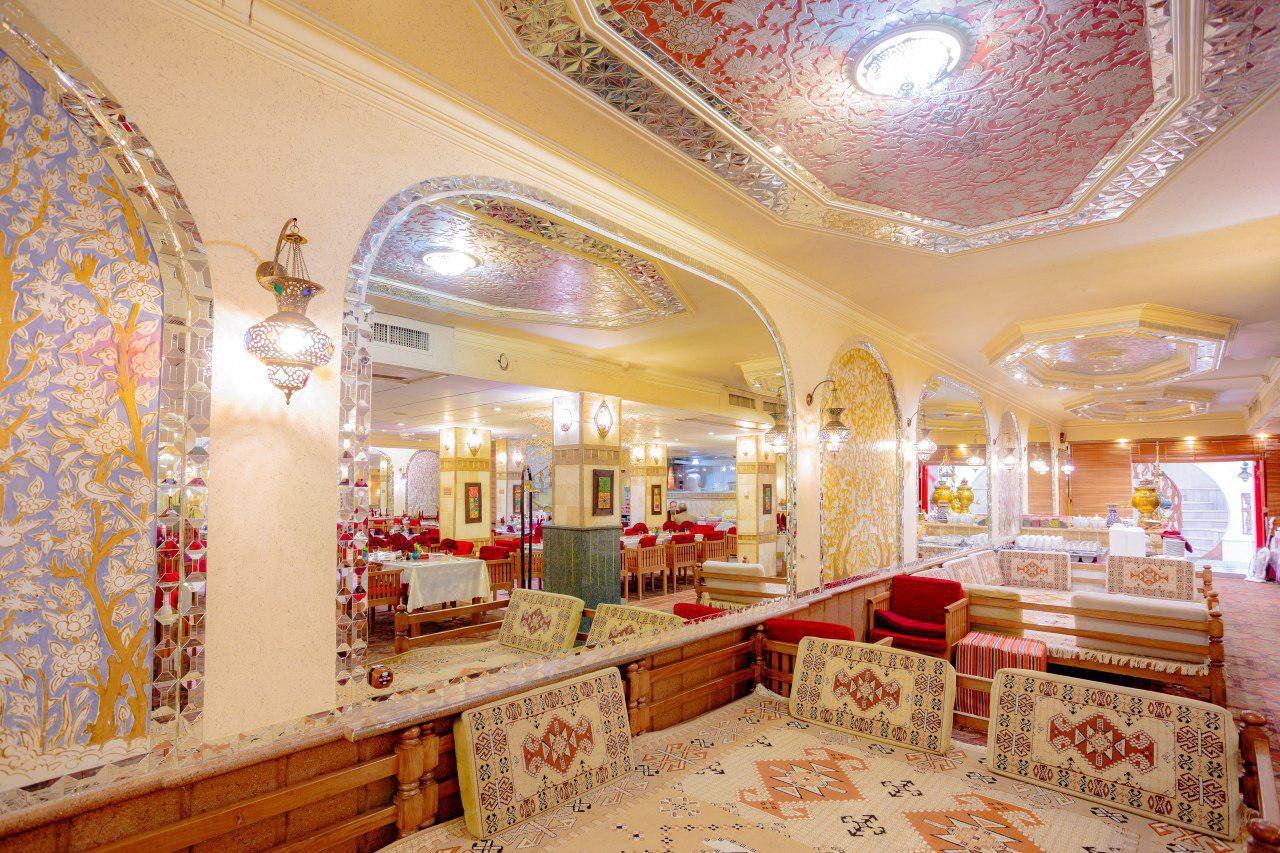 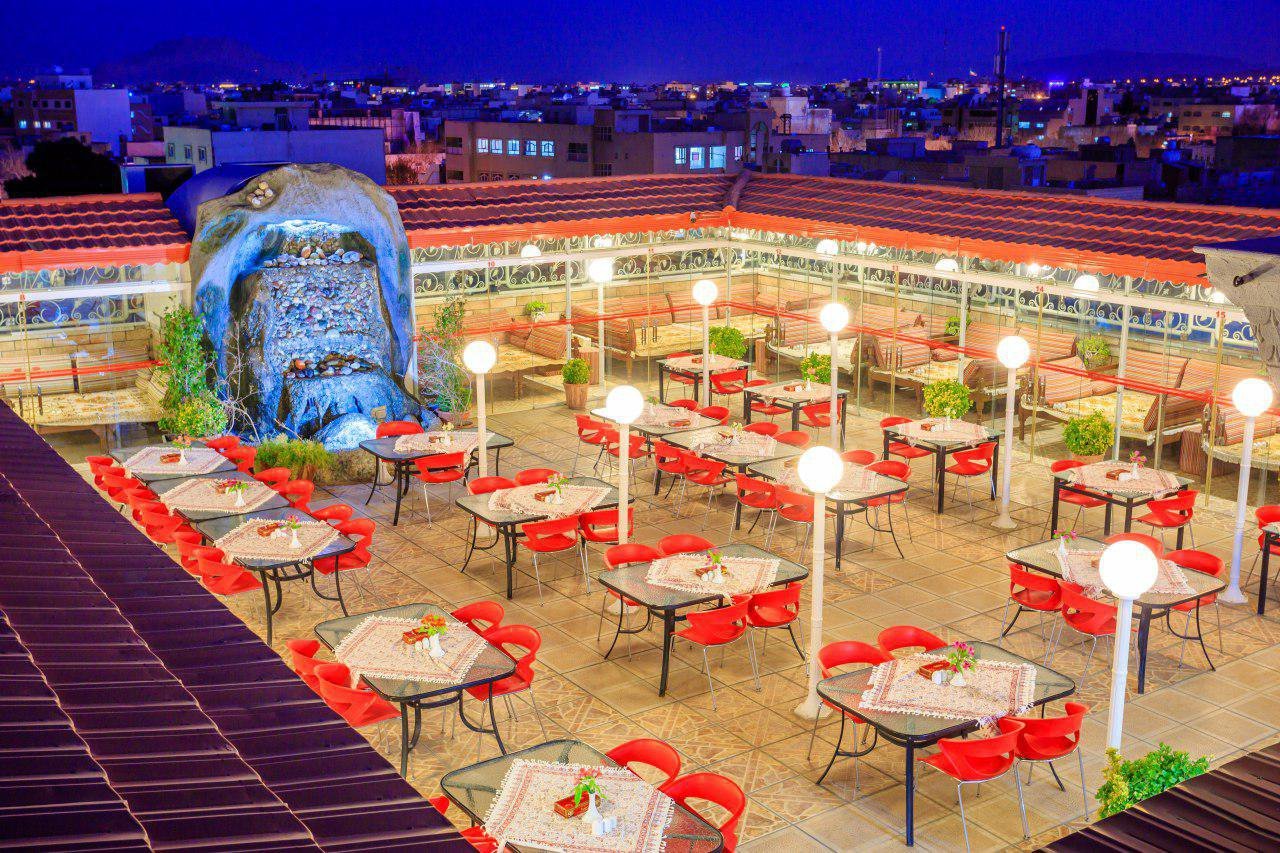 Isfahan’s historic Setareh (previously Sadaf) hotel had a complete renovation in 2016 and is one of the best hotels in Isfahan. There are 52 contemporary rooms in this building, spread over three stories, each with a safety deposit box, basic furnishings, a TV, a closet, and a mini-fridge. With a shower or bathtub and all the necessities, each room has a bathroom with a shower or bathtub. The lobby has free, unlimited wifi. Persian and foreign foods are on the menu at their restaurant. They also feature a classic tea house and a pleasant coffee shop. The hotel also provides a rooftop restaurant (available in the summer and spring), CIP services, transport (at a fee), parking, concierge, baggage storage, ATMs, and dry cleaning as additional features and services to its guests and clients.

read more
The Best Hotels In Tehran You Should Stay In