Akbar Joojeh is a renowned and tasty Iranian cuisine that originates from the city of Galugah. As one of the most delicious dishes in Iran, we recommend you learn the Akbar Joojeh recipe. In fact, Ali Akbar Kalbalinejad came up with this mouthwatering cuisine. This yummy dish originated less than a century ago. Many Iranians from different cities travel to Mazandaran to taste this delicious food. Read this article to the end if you’re curious about learning the Akbar Joojeh recipe. 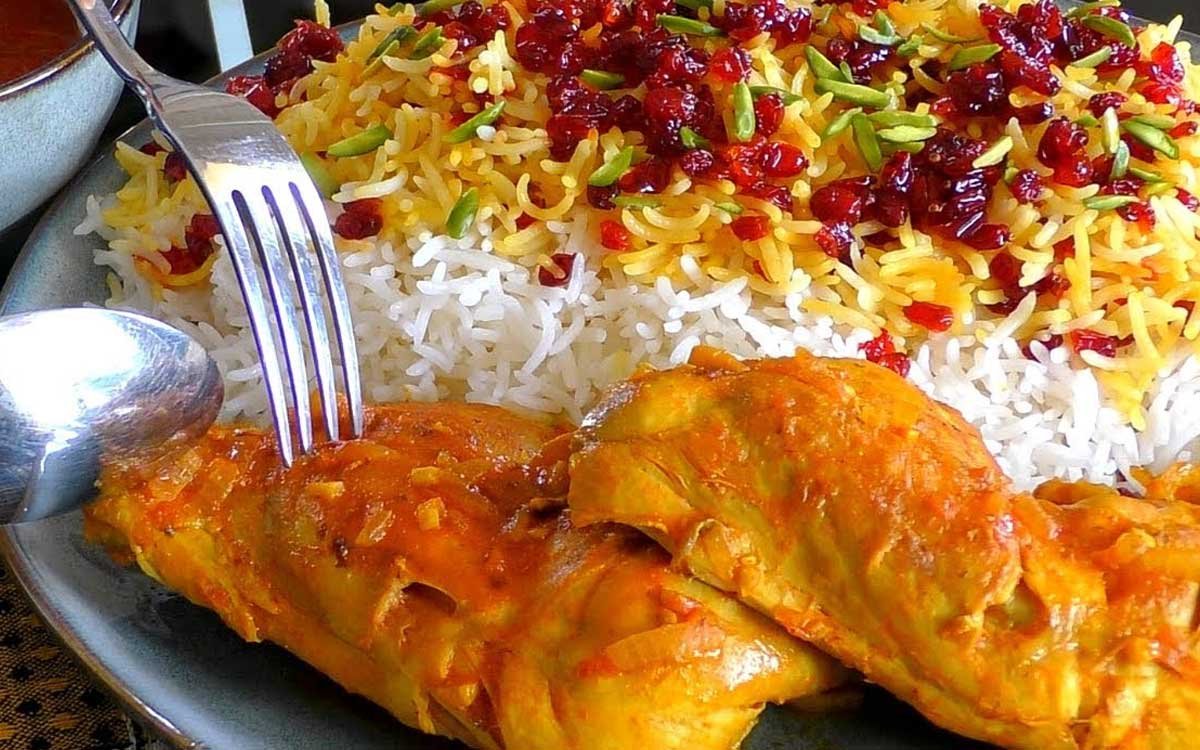 Living in Galogah county in the eastern Mazandaran, Ali Akbar Kalbadi ran a tiny coffeehouse. He used to serve the guests tea and breakfast there. Akbar Kalbadi began serving meals at his tiny coffeehouse, which he eventually expanded into a restaurant. He served lunch to tourists and truck drivers who passed through the area to or from work. By that time, Kalbadi had begun preparing chicken in his own style. He used Lemon, salt, and pepper to season the fresh chicken, then fried it in oil. He served the chicken with saffron rice, which was delicious. Thanks to the unique pomegranate sauce that Kalbadi had created, the Akbar Joojeh recipe became more exquisite and memorable. Soon after, it gained popularity and became famous as Akbar Joojeh in honor of him. People have even referred to the restaurant as Akbar Joojeh. 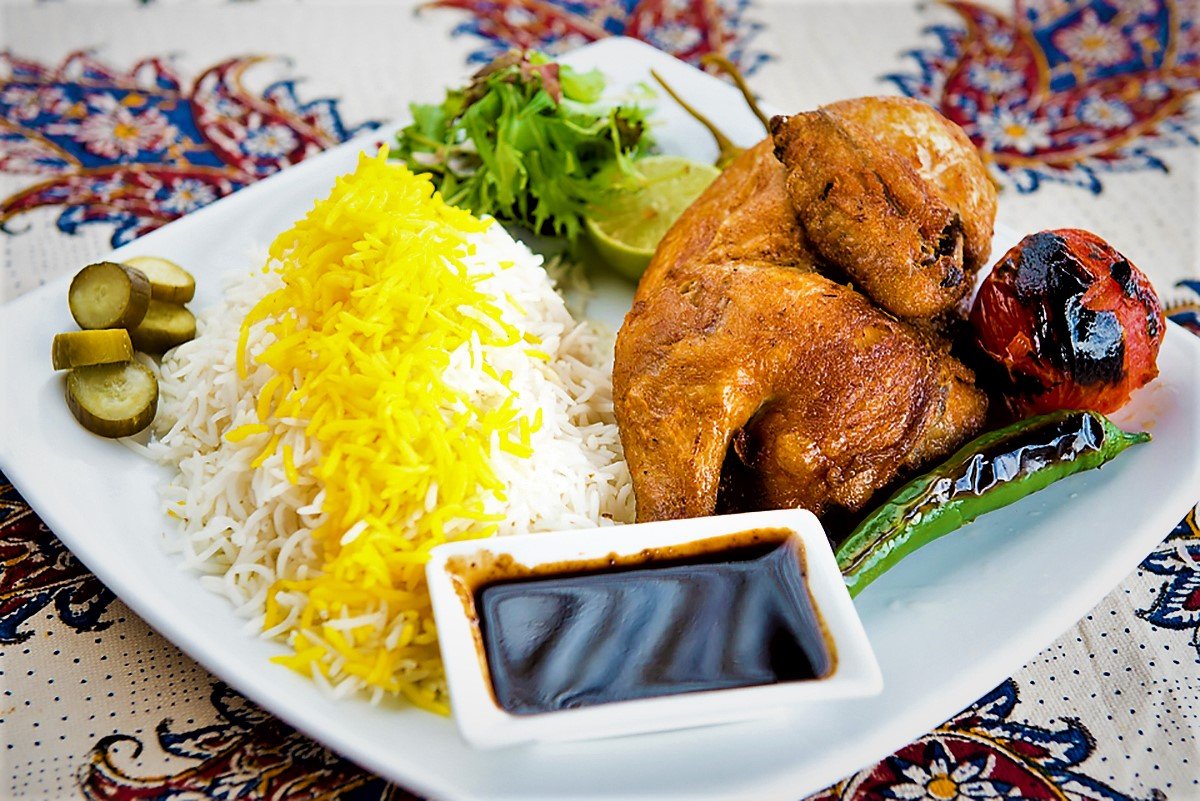 Ali Akbar Kalbadi and his family expanded their business throughout the regions of Mazandaran and Golestan. As a result, he has grown his company and established a solid reputation in the food market. Akbar Joojeh is now available across Iran, as well as in the United States, Canada, and even the Gulf States. Chickens that are young and lightweight are critical in preparing this meal. Because of this, the texture of Akbar Joojeh is soft and delicate. As a result of the cooking procedure used in preparing this dish, they first spice the chicken with condiments before being deep-fried in a combination of oil and butter, resulting in a calorie-dense dish. So, as one of the most well-known meals in northern Iran, they cook this tasty dish with little chickens that weigh less than one kilogram and have a great flavor. 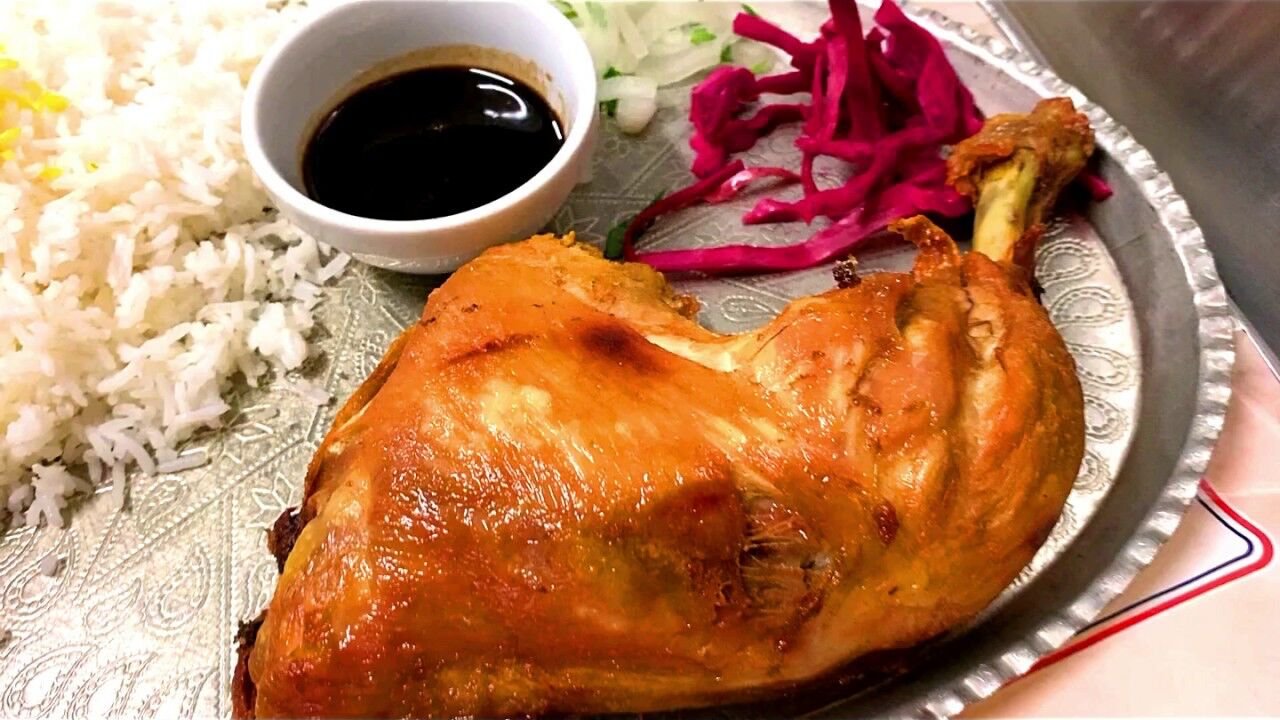 You may wonder what Joojeh is; in Persian, Joojeh means chicken. In Akbar Joojeh restaurants, you’ll get unbelievably delicious fried chicken served with high-quality Iranian rice. You’ll be surprised with the pomegranate sauce, as well. Akbar Joojeh is also a well-known Iranian chain restaurant, with its headquarters mainly in the country’s northern regions. It provides unique dishes made with chicken and oil, to which a sauce of some kind is also available. If you try this food, you will never forget its unique taste ever.

Among the vitamins found in Akbar Joojeh are A, C, D, E, and K. Because of its high protein content, it has the potential to increase your energy levels while also improving your muscles. As a result, the athletes could take advantage of the food. Another advantage is that you will have a fantastic time with your friends or family while also enjoying really tasty and memorable cuisine.

How to Cook Akbar Joojeh?

read more about other recipe