Mohammad Ali Karimi Pashaki was born on November 17, 1978, in a football lover family in Karaj. His father’s name is Wali Allah Karimi, and he has experience playing in football teams in Gilan. Muhammad Ali is the fourth child in the family and has one sister and three brothers. After finishing high school in Karaj, Ali Karimi became interested in football due to the presence of Farshid, his older brother, who played as a goalkeeper and even played together once. Muhammad Ali was a taxi driver before and after training to meet his expenses. Today Ali Karimi is considered the most significant football player in Iran; many named him the best football player in the history of Asia. Alongside his pioneers like Ali Daei, Mehdi Mahdavikian, and Karim Bagheri, he is one of Iran’s most famous football players. Nevertheless, he is currently more than a football player and has a social status among Iranians. 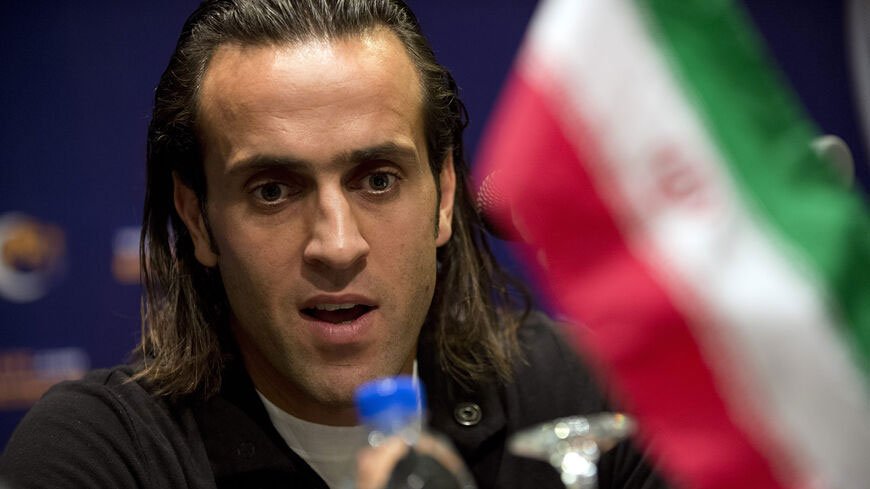 The start of his football career

Karimi started professional football with the Naft Tehran youth team. His brother Farshid also joined this team a year before him. Then he started playing in the youth category of the Saipa club. After that, Karimi joined the Fath Tehran team and entered the youth team and then the senior team in 1996. He passed his compulsory military service on the Fath team alongside Hassan Khan Mohammadi and Ebrahim Assadi. The Ramadan Futsal Cup was held in January 1997 and four clubs, Atanshani, Fatah, Esteghlal, and Persepolis, made it to the semi-finals. Karimi’s performance in this tournament made him attract the attention of the critical teams of Esteghlal and Persepolis. At the end of the tournament, Karimi accepted the offer of Persepolis to join this team. 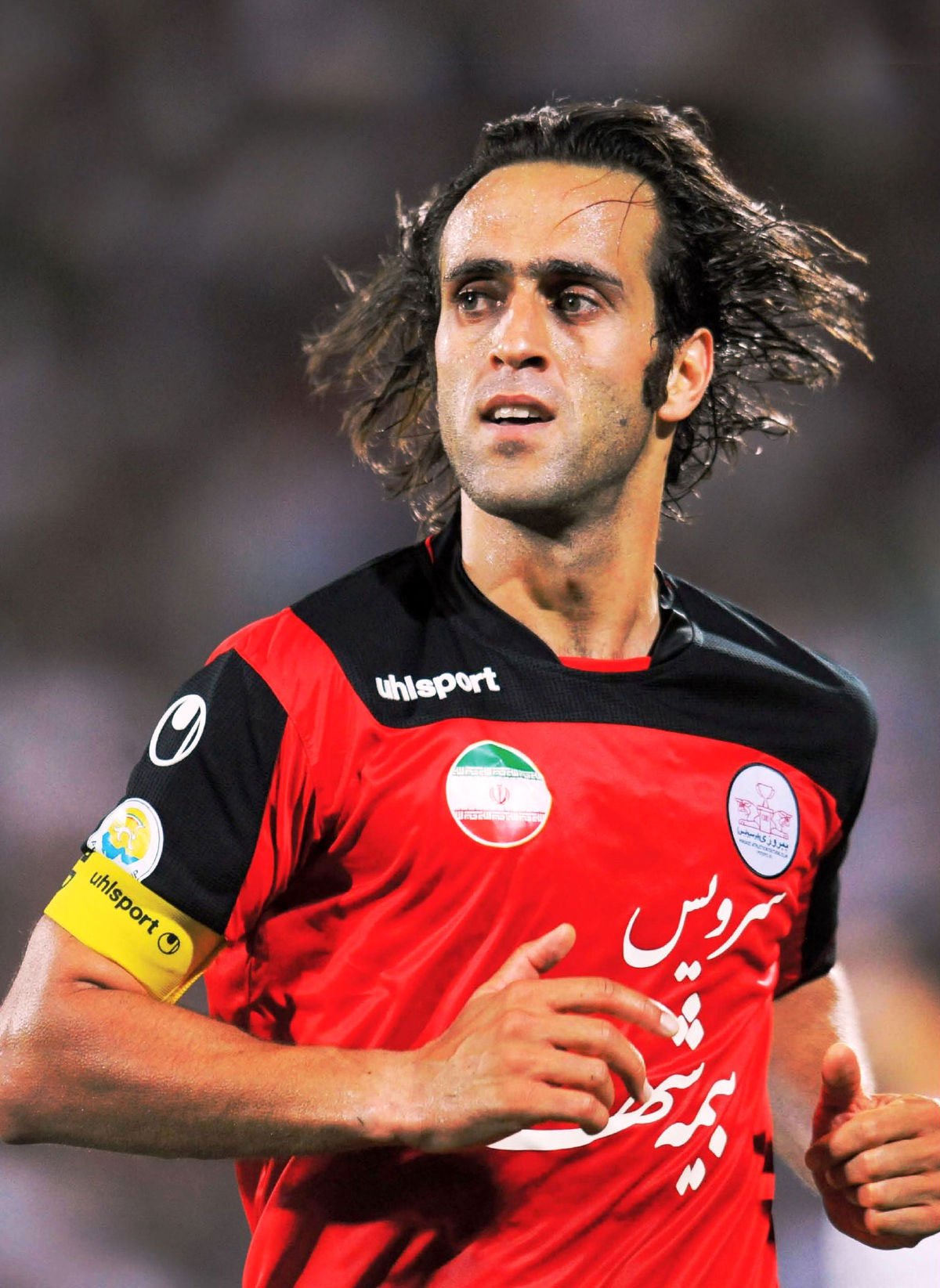 Ali Karimi joined Persepolis in June 1988, during the coaching period of Ivica Metkovic. In his first season in Persepolis, Karimi managed to win the Azadegan Cup and the FA cup with this team. Karimi for the first time; On September 22, 1998, he played for Persepolis against Polyacryl Isfahan in the Azadegan Cup. After four weeks of the league matches (Parvin took over the Persepolis from the fourth week), Karimi scored his first goal for this team against Saipa on October 10, 1997. A day later, Mansour Pourheidari listed Ali Karimi in Iran’s national team for the first time. After ten weeks of league matches, Karimi played in the Tehran derby for the first time in November 1997.

After playing in the Tehran derby, Karimi was invited to the national team camp for the second time. He was called to participate in the 1998 Asian Games in Bangkok. In addition to the adult team, He was also present in the under-18 national team. Karimi pushed the referee in a friendly match between Iran and Vietnam in February 1998 and was banned from all competitions by AFC for one year. As a result of this incident, he couldn’t play for the Persepolis for a year. 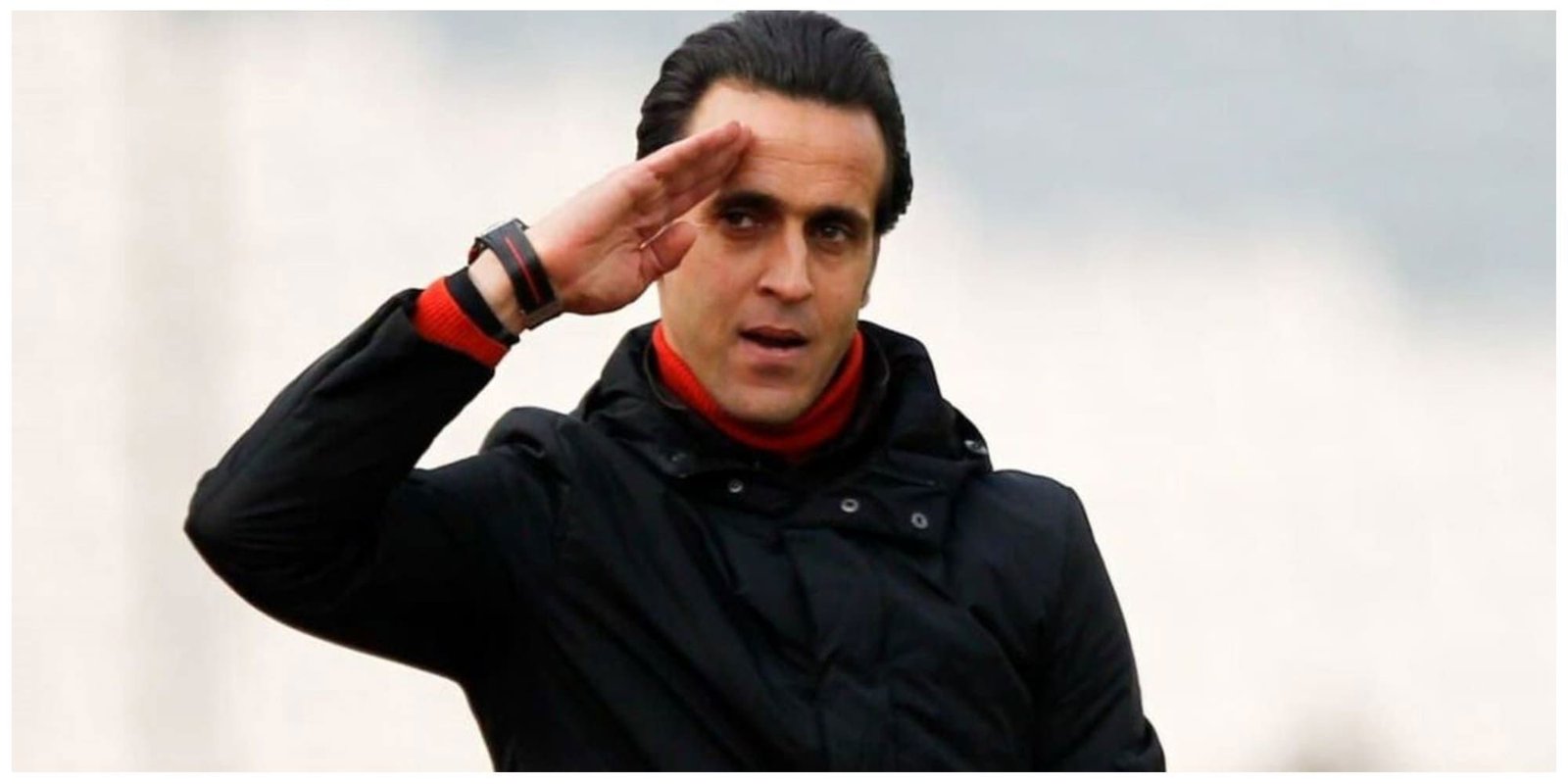 The End of Ali Karimi’s ban

In his second season in Persepolis, Karimi won the Azadegan Cup for the second time with this team. He also won third place in the Asian Club Cup with this team.

In February 2000, in his first game after the disciplinary suspension, Karimi played against Al-Sharta in the Asian Club Cup. Persepolis team, with Karimi’s participation, made it to the final four teams of the 19th round of this competition. In the semi-final matches that were held in May 2000, after losing to Japan’s Jubilo Iwata, Persepolis defeated South Korea’s Suwon Samsung in the third-place play-off match with Ali Karimi’s single goal won third place in the Asian Club Cup in the season. 1999-2000 Karimi’s performance in these competitions attracted the attention of Italy’s Perugia club. 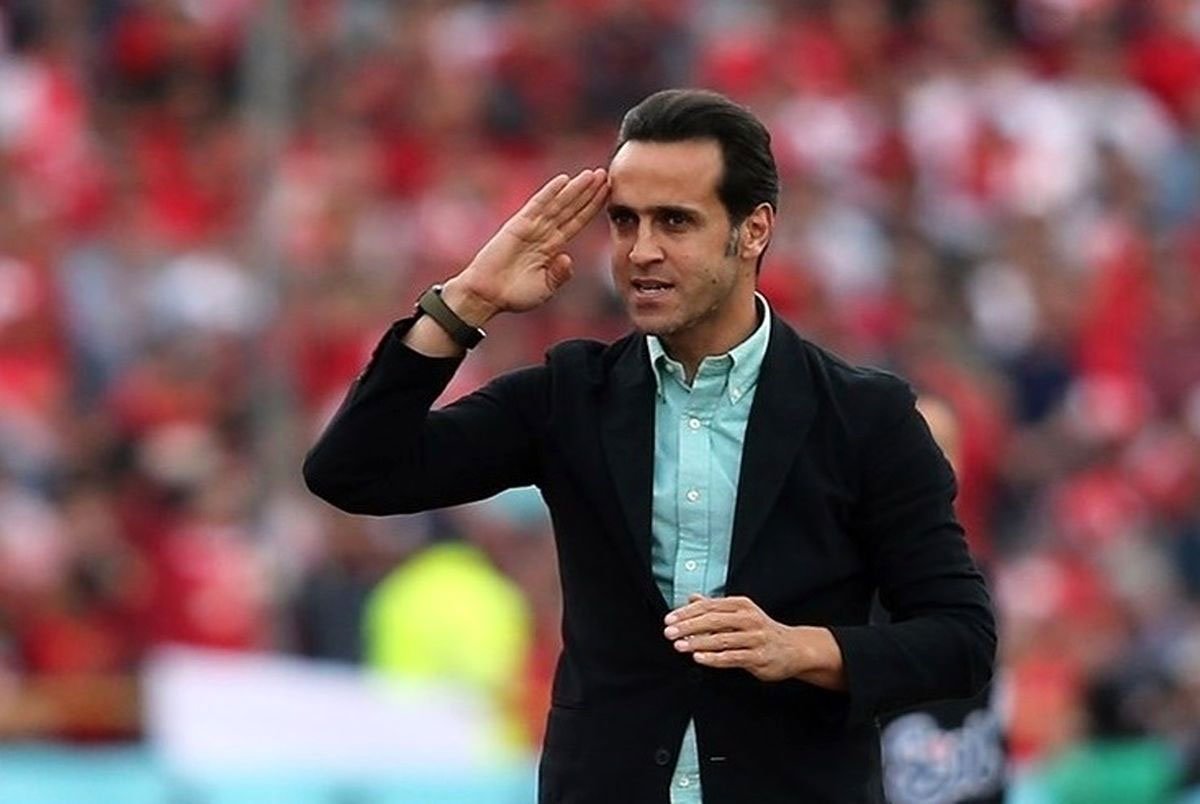 With the start of the league competition, Karimi traveled to Italy to sign a contract with the Perugia club. But due to the low price offered by this Italian club, he did not join this team. According to World Soccer, Italy’s Perugia Club wanted to hire Karimi in September 2000, with an amount of one million and four hundred thousand euros (World Soccer did not mention the duration of the contract).

In the group stage games of the Asian Club Cup, which was held centrally in Tehran in March 2000, Persepolis, after a goalless draw against the teams of Al Ittihad of Saudi Arabia and Irtysh Pavlodar of Kazakhstan, faced Al Hilal of Saudi Arabia. In this match, where Atlético Madrid club officials were also present at Azadi Stadium, Karimi scored a goal and assisted his teammates. Karimi’s performance in these matches made Atletico Madrid more determined to hire him.

As it was said, Ali Karimi did not accept the offers from European teams because of his love for his family. He joined the Al-Ahli team so he would not face many problems meeting his family. His first appearance in this team caused this team to win the FA cup because Karimi was able to score 1 goal out of 3 goals for his team.

In the 2002-2003 season, Ali Karimi was named the best player of the Emirates League season due to his brilliant performances. He extended another year with this Emirati club. He won the FA Cup and the league runner-up in his new season with this team.

In 2004, while Ali Karimi’s contract with this club was about to expire, his manager announced that Karimi had offers from clubs such as Juventus, AS Roma, Bayern Munich, and Hertha Berlin. As a result of multiple offers, the contract extension was not possible so Ali Karimi decided to leave the club. 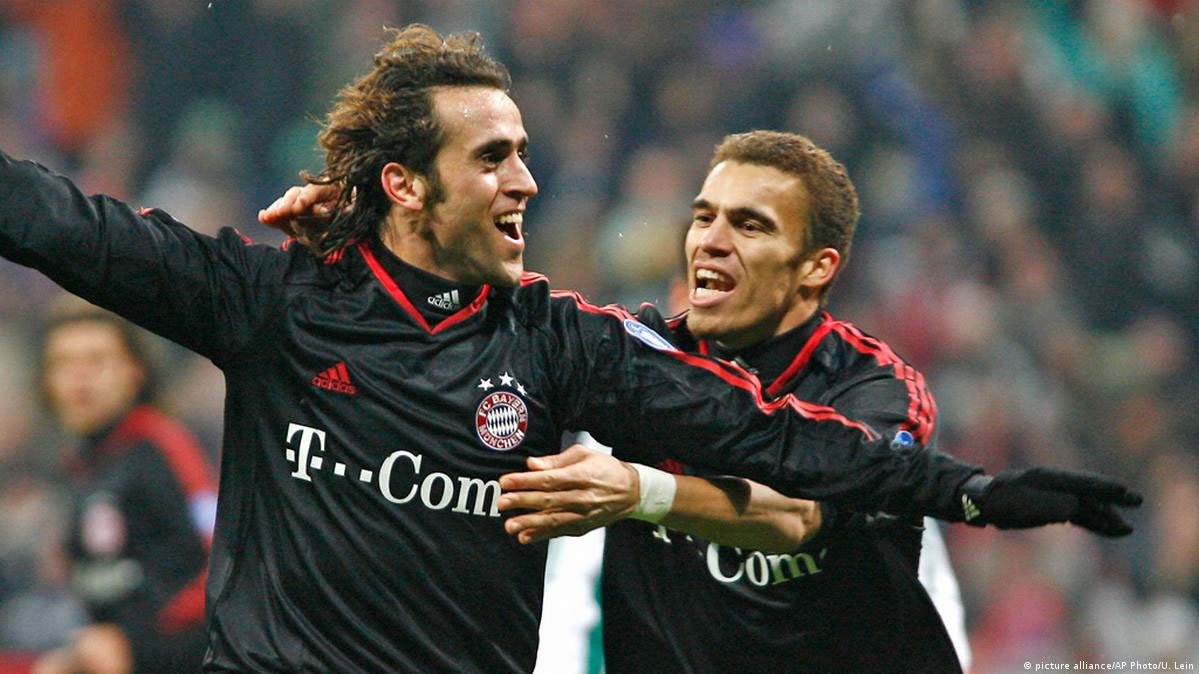 Karimi’s strange choice to participate in the UAE team surprised everyone because he could easily play in European football with his high level of football. Karimi played in UAE for about four years and finally went to Europe. Karimi’s destination was the great club Bayern Munich where he wore shirt number 8. Karimi had an excellent performance in Bayern, but an untimely injury shook his position in this club. After only two seasons with this club, they finally departed, and Ali Karimi continued his football in Iran. 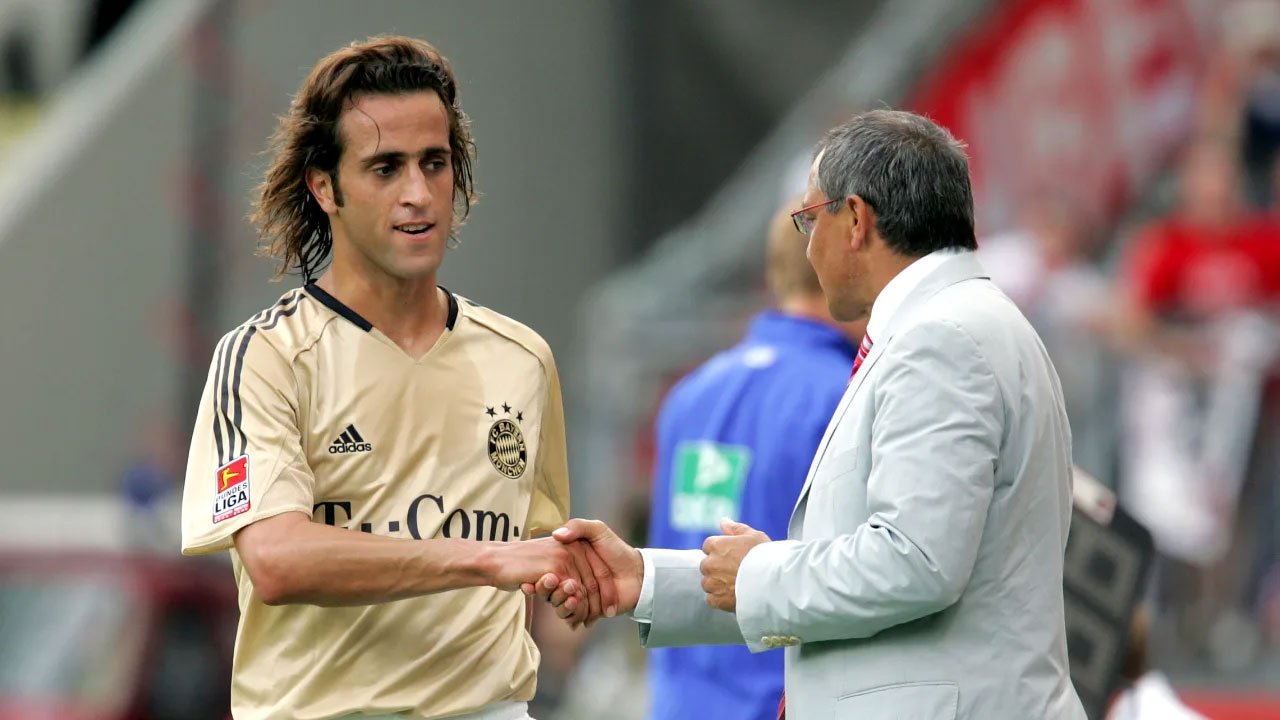 The sincerity and frankness of Karimi’s words

During his time in Iranian football, Karimi stated all his words clearly and was correct many times. Ali Karimi criticized the football federation’s performance during Kafasian’s era, which resulted in his exclusion from the national team. On another occasion, his harsh interviews against Rouyanian in several situations caused many serious consequences; however, these incidents never stopped Karimi from speaking his mind. When the former president visited Iran’s National team before the World Cup, he never stood up, which showed his bravery. 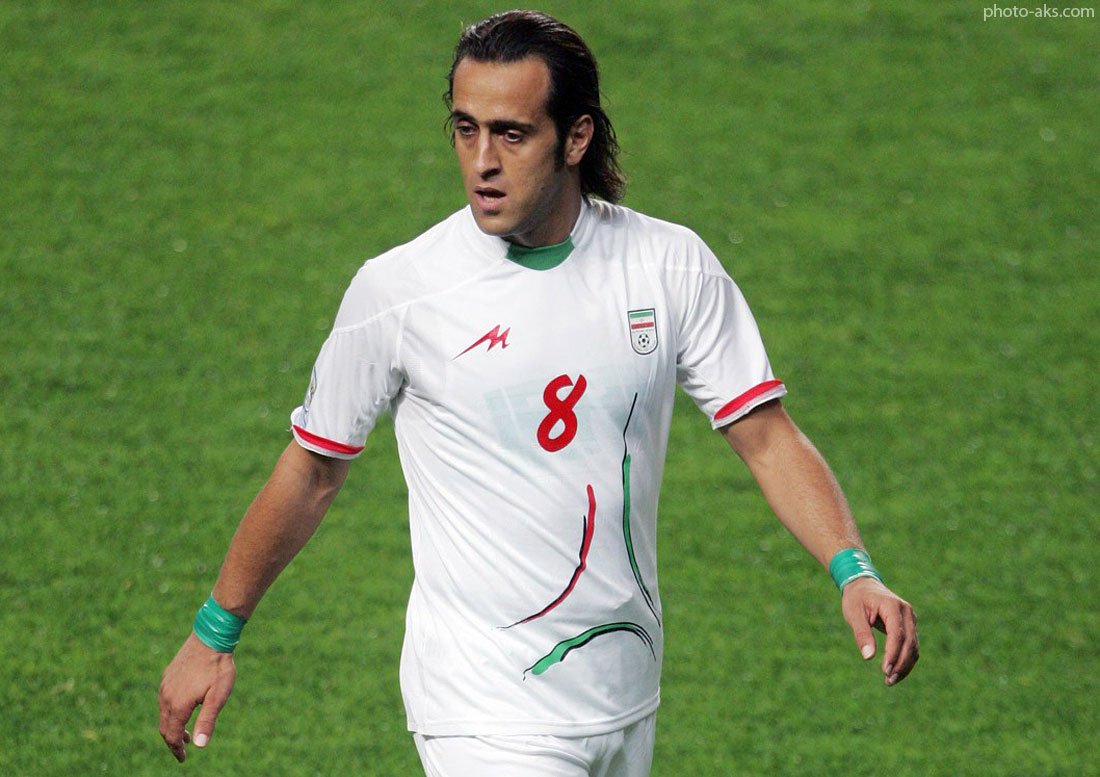 Candidate for the president of the Federation

Ali Karimi registered for the election of the president of the football federation on January 19, 2019, and nominated Mehdi Mahdavi Kia as his first vice president. Karimi and Mahdavikia announced their plan to take over the seat of the Football Federation by publishing a joint statement based on clean football and the fight against corruption. The development of football from the grassroots to the top ranks, the fundamental attention to women’s football issues, more excellent immunity and independence for referees, the use of experts in economic, legal, refereeing, and international issues, and the transparency of all the work done in Federation was one of the most important points mentioned in this statement. After a long debate in the news, Mr. Azizi Khadem was elected as the new president in a very controversial election. 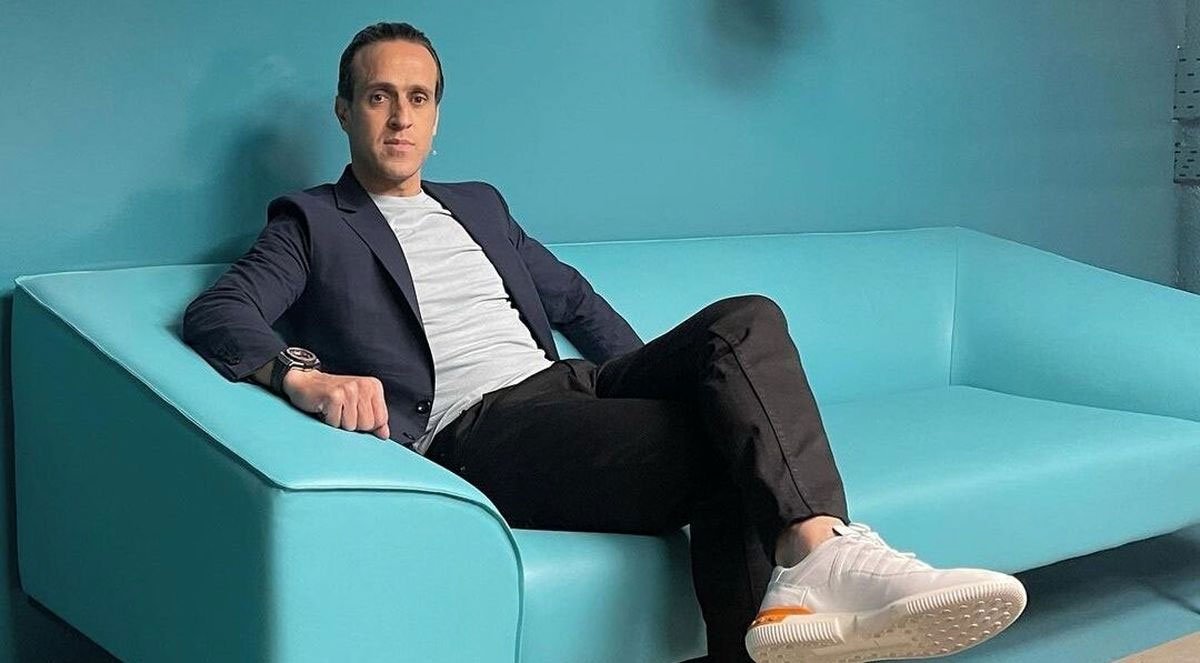 Karimi has always been one of the few sportsmen who have been with ordinary people. The first time was when he wore the green amber band in 2009; the latest is in 2022. Now we will look deeply at his political activities and see how he becomes a political person after all these years.

wearing the green wristband in 2009

In June 2008, at the same time as widespread protests against the results of the 10th round of Iran’s presidential elections, Iran’s national football met South Korea in the group stage of the 2010 World Cup. On the day of the match, several players of the Iranian national team wore green wristbands in the game against South Korea to show their solidarity with the protesters. After the feedback of this move on social networks, Mehdi Taj, the vice president of the Iranian Football Federation, requested the national team members to open their wristbands between the two halves of the match. But Ali Karimi, Javad Nekonam, and Mehdi Mahdavi Kia were the three players who refused to remove their wristbands.

This move, which had many reactions in the media, also followed FIFA’s response to the farewell of Karimi and Mahdavi Kia from the national team. the Iranian Football Federation explained to FIFA that no specific action was taken regarding this issue. After this incident, Nekonam denied the political nature of this move and announced that he had never had a margin during his football career and that such a move was not political. Mahdavi Kia, like Nekonam, denied that this issue was political. In the meantime, Ali Karimi refused to reject this case, and two years later, he emphasized his opinion by presenting a signed shirt to the mother of one of the victims (Ashkan Sohrabi) of the events of the 2008 Iranian elections and calling Nasser Hijazi symbol of resistant to Iranian bullies. Karimi’s denial of the political nature of this issue led to the reaction of Iran’s political institutions and authorities and had consequences for this player. 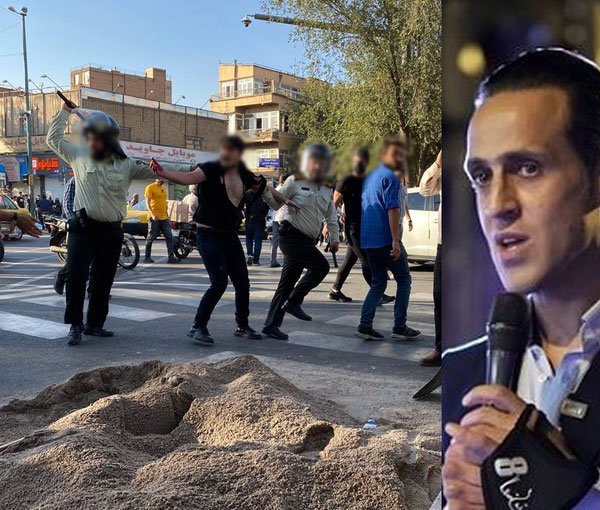 Ali Karim and the 2022 Protests

In 2022 and after the death of Mahsa Amini, many celebrities started to protest against the violence against protestors. Nevertheless, Ali Karimi had the harshest reaction and became a  revolutionary person. While he soon began to only as a protestor on Instagram, he tried to become one of the foremost leaders. After the death of some protestors, Ali Karimi started to blame the supreme leader and ask from all people to come into the streets. After his reaction toward the leader and government, the parliament asked to distraint his house. Soon it was revealed that Ali Karimi was not in Iran; he had migrated with his family to UAE and was in the process of going to Canada. 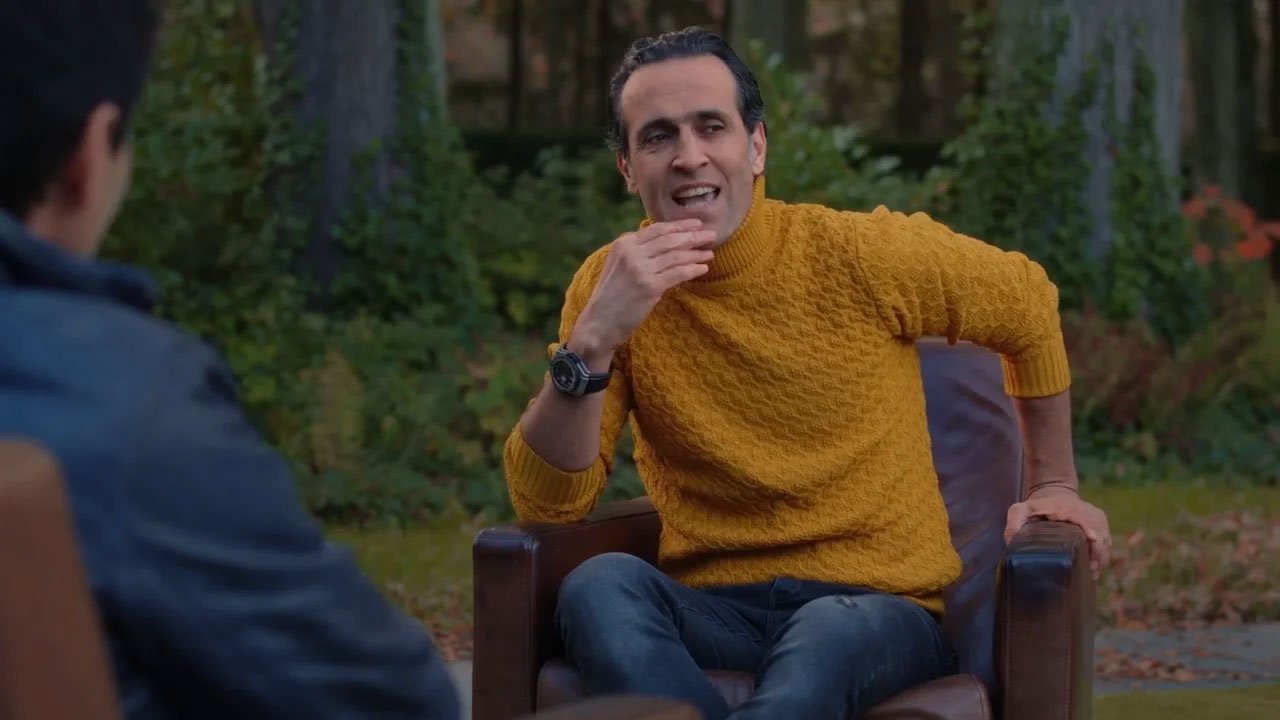 After migrating to Canada, Ali Karimi arranged an interview with Max Amini, a US-Iranian comedian. At this interview, he indicated it was the first actual interview he had ever had with someone. When speaking with Max, he said that this tyranny should be stopped, and if we did not sacrifice ourselves, it would not happen forever. Karimi explicitly indicated that the Islamic Republic officials have tried to kidnap and bring him back to Iran more than once.

In the middle of the crisis, one of the most influential reports said that officials in Iran tried to kidnap him by using Mehran Modiri. Since these two celebrities have profoundly impacted Iranians, this news was a great shock for everyone. In this news, it is reported that Modiri tried to meet with Karimi face-to-face by using IRGC to kidnap him. After spreading this news by the cyber army of the country, Ali Karimi denied this news and told IRGC tried to kidnap him but not with the help of Modiri. 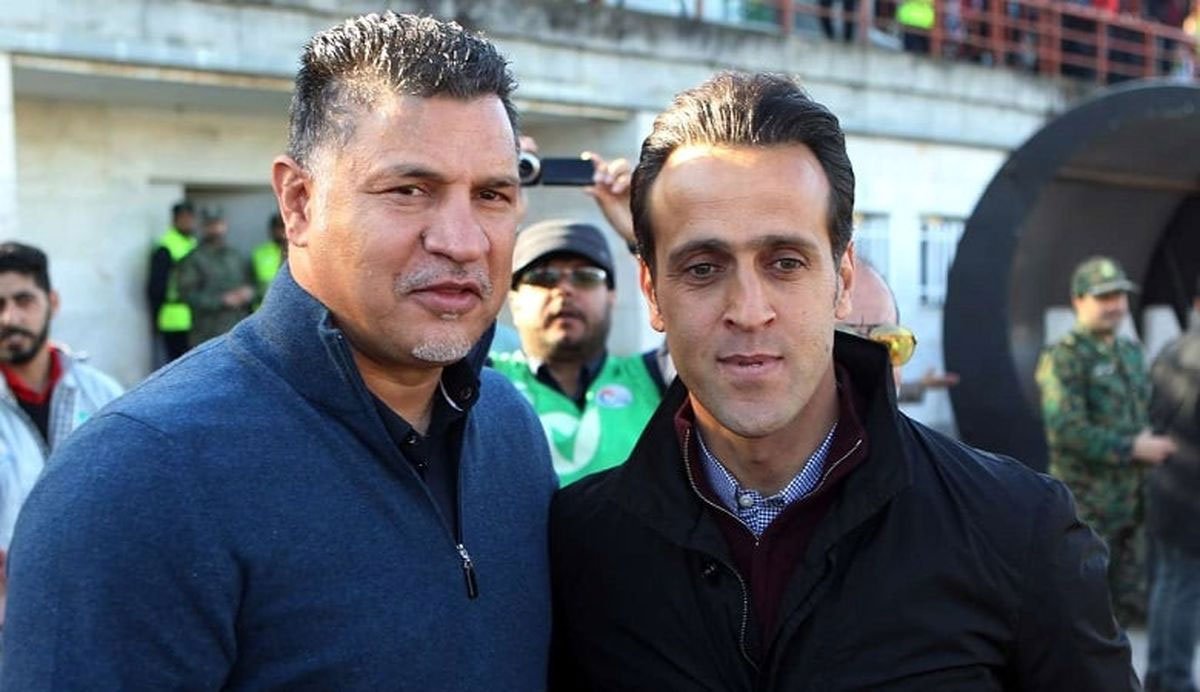 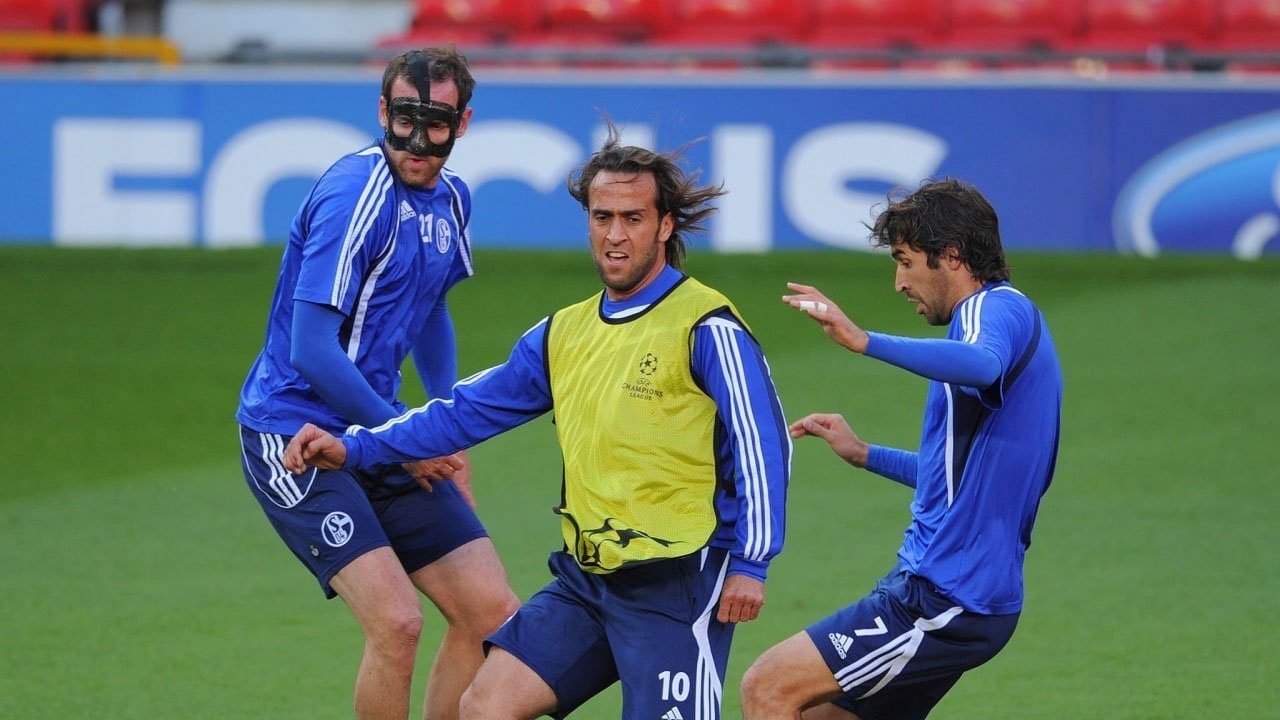 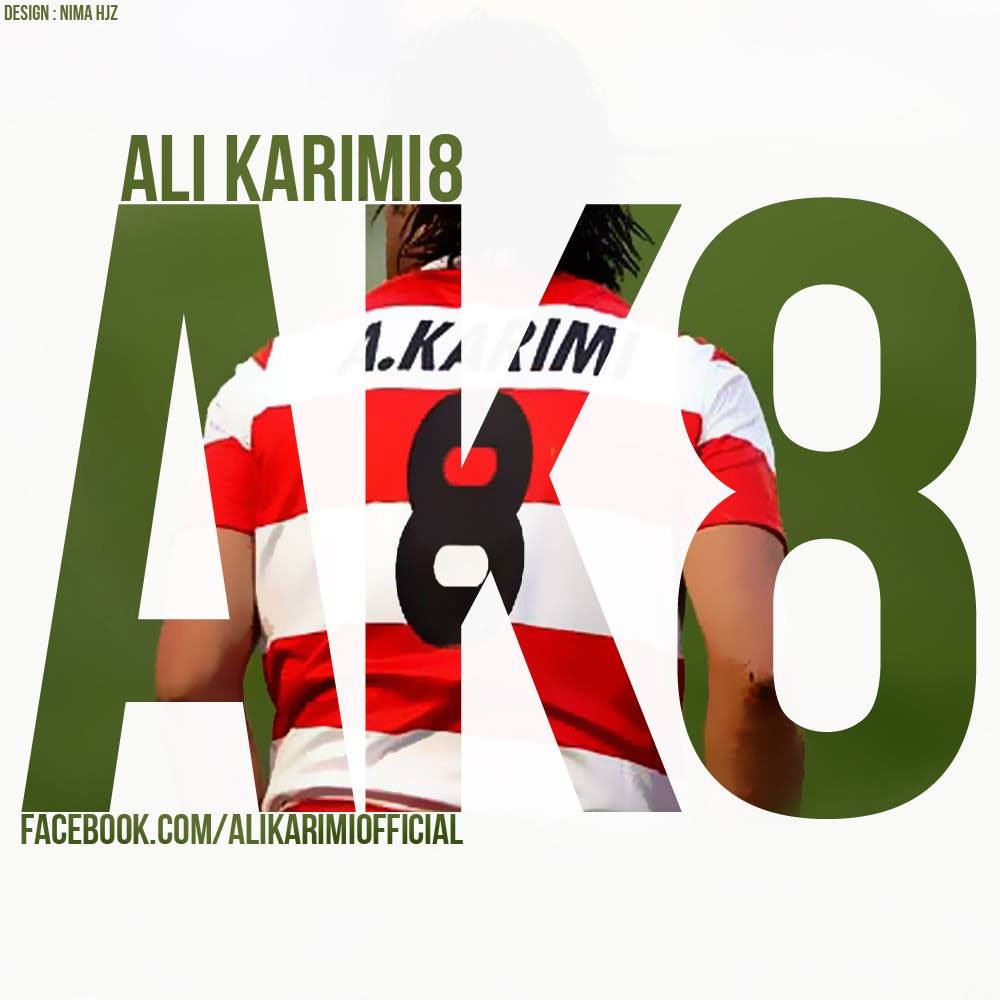