Home » All about Woman, Life, Freedom Farsi
other

One of the most important aspects of any social and political movement is the production of unique slogans for that movement. Among many slogans, one of them always becomes the primary symbol of demand. A slogan, from some point, is like poetry, unlike poetry, which offers a broader space to express the theme and emotions of its singer; a slogan should be expressive, short, practical, and comprehensive. An excellent motto not only comprehensively describes the main demands of the participants in the movement but also prevents the entry of concepts and demands that are not theirs.

Despite the comprehensiveness of the concepts, slogans are far from the vagueness characteristic of poetic expression. Euphonious and brevity features of each slogan make the movement participants with various personal and theoretical perceptions easily remember and shout in the complex emotional conditions surrounding them.

Among dozens of slogans repeated by thousands of participants in a social movement, some still need to be remembered after a short time. However, a few spread with fantastic speed and became that movement’s main and national symbol, just like a fire in the haystacks. There looks to be a reciprocal relationship between “slogan” and “movement.” A social and political movement tries to produce slogans that most effectively represent the summation of its most public demands at that historical moment. But the quality and expressiveness of those selected slogans also have a reciprocal effect on the said movement.

Slogans that do not represent the proper stage of a social movement may negatively affect its expansion, deepening, and, as a result, its success. Therefore, it seems necessary to analyze the content of the main slogan of a social movement and its relationship with the depth of historical experience.

Based on the above introduction, in the following lines, we will examine the components of the slogan “Women, Life, Freedom” that resonate throughout Iran and the world today. 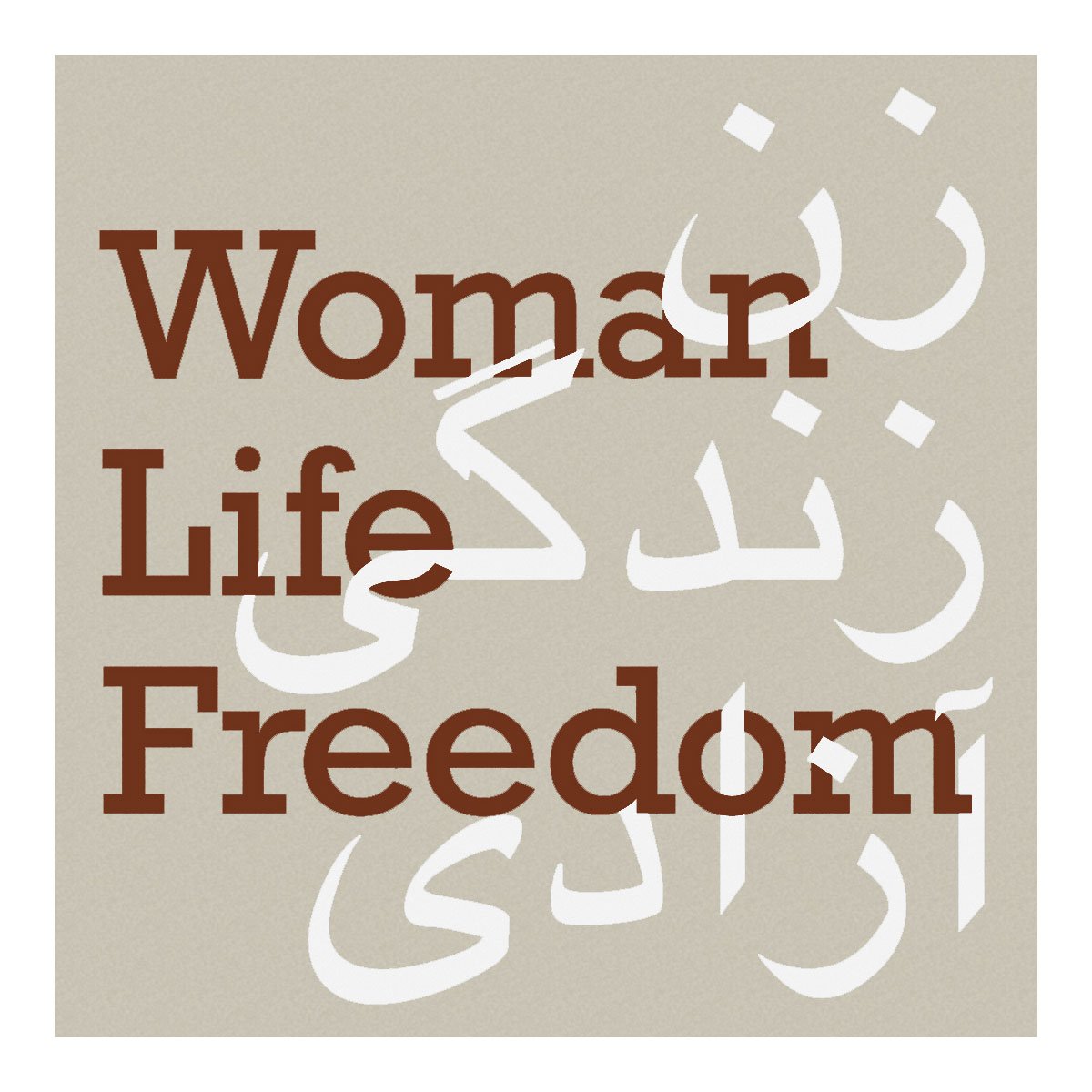 Contrary to what some observers say, the current movement of the Iranian people is not a purely “female” (feminist) movement. However, women, especially young women, have largely taken the lead! Thousands of young Iranian men and women, shoulder to shoulder, demand broad democratic and justice demands, including the right to freedom of clothing and the abolition of the discriminatory laws of compulsory hijab. Let us reflect a little on the components of the above slogan: 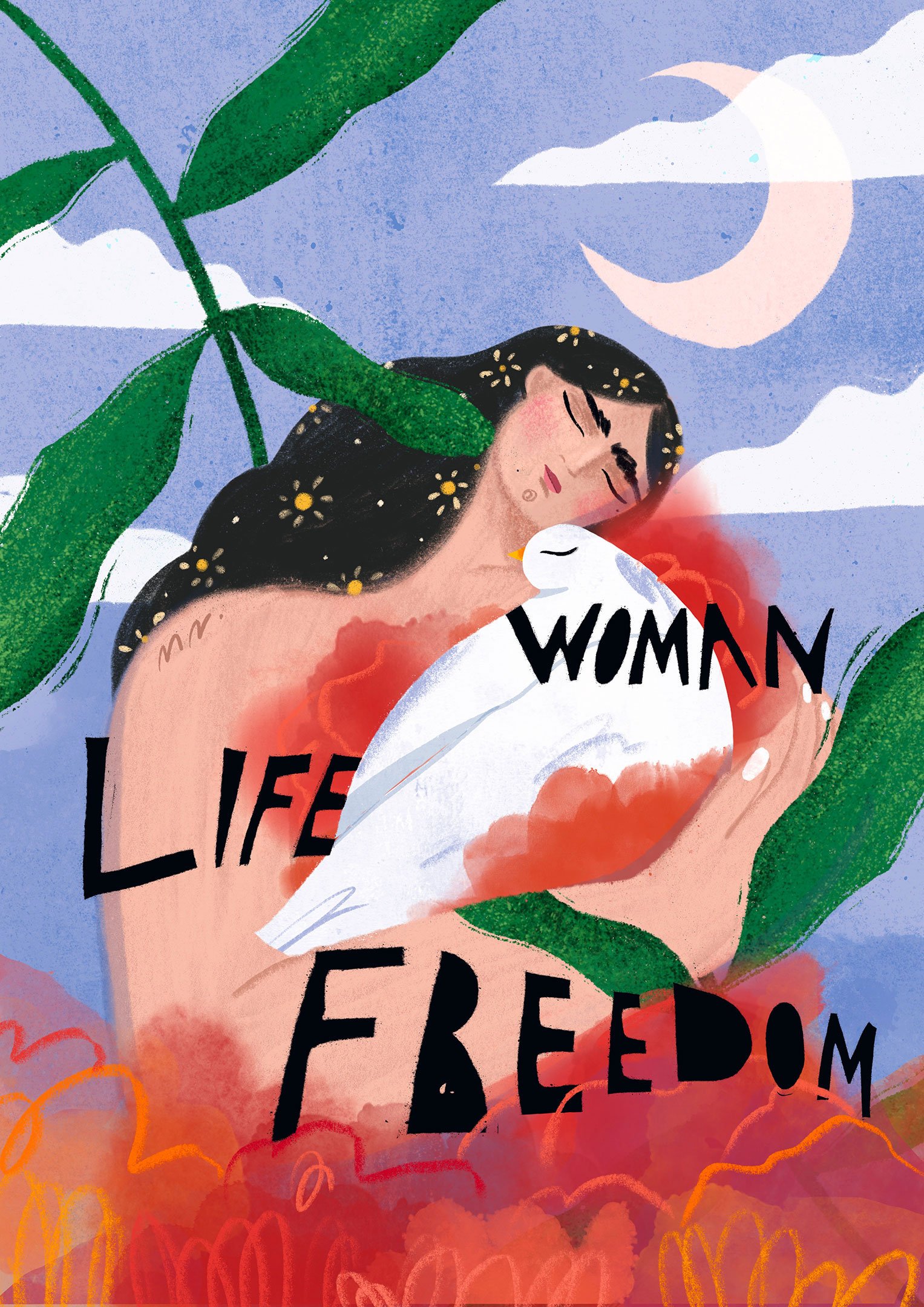 Historically, cultural and traditional institutions in Iranian society are strongly “male-dominated.” The fusion of Shiite jurisprudence with the ancient tradition of the Iranian kingdom over several centuries has played a significant role in intensifying the patriarchal dimensions of this culture.

Imposing changes in the type of women’s clothing by male government institutions, despite women’s wishes – as the forced removal of the hijab during the first Pahlavi period and then its violent return after the Islamic Revolution by declaring “scarf or cover-up” – is only one aspect of non-conformity. It is democratic with fundamental personal and human rights of women in the contemporary history of Iran. But hijab and its violent imposition is not the only way of violating these basic rights. Iranian women’s rights are violated in many laws in Iran, some of which date back to the era before the Islamic Republic.

For example, the regulations regarding permanent marriage, divorce, alimony, and property division between men and women are among dozens of such patriarchal discriminations discussed less than hijab in social disputes.

Also, in practical terms, women today are prevented from participating in many social arenas open to their male counterparts. Entering sports and participating in many activities, studying in some university fields, taking part in many artistic movements, and staying in hotels without being accompanied by a “mahram” man are among the discriminations that Iranian women are exposed to.

This double oppression reaches its peak in patriarchal societies. The category of male zeal, honor and honor worship, and related violence are among the most disastrous examples of this problem. Therefore, the word “woman” in the slogan “woman, life, freedom” represents not only the struggle against the hijab and imposing compulsory covering. However, the formal abolition of this as the establishment of the first step of a victorious phase can infuse enormous energy into this movement and elevate it to much higher political and social levels.

It should be noted that achieving significant changes in the aforementioned discrimination against Iranian women will transform Iranian society’s cultural, social, legal, and foundations. The widespread presence of women in this movement’s front ranks will ensure such a transformation in the long term and possibly make it irreversible.

Also, the active presence of the “woman” factor in the leadership of the social movement reduces the possibility of the widespread emergence of “organized violence,” which is primarily a “male” thing in patriarchal societies. Reducing violence helps to expand the ranks of participants in the movement and diminishes the human cost of obtaining and merging temporary or long-term and primary victories. 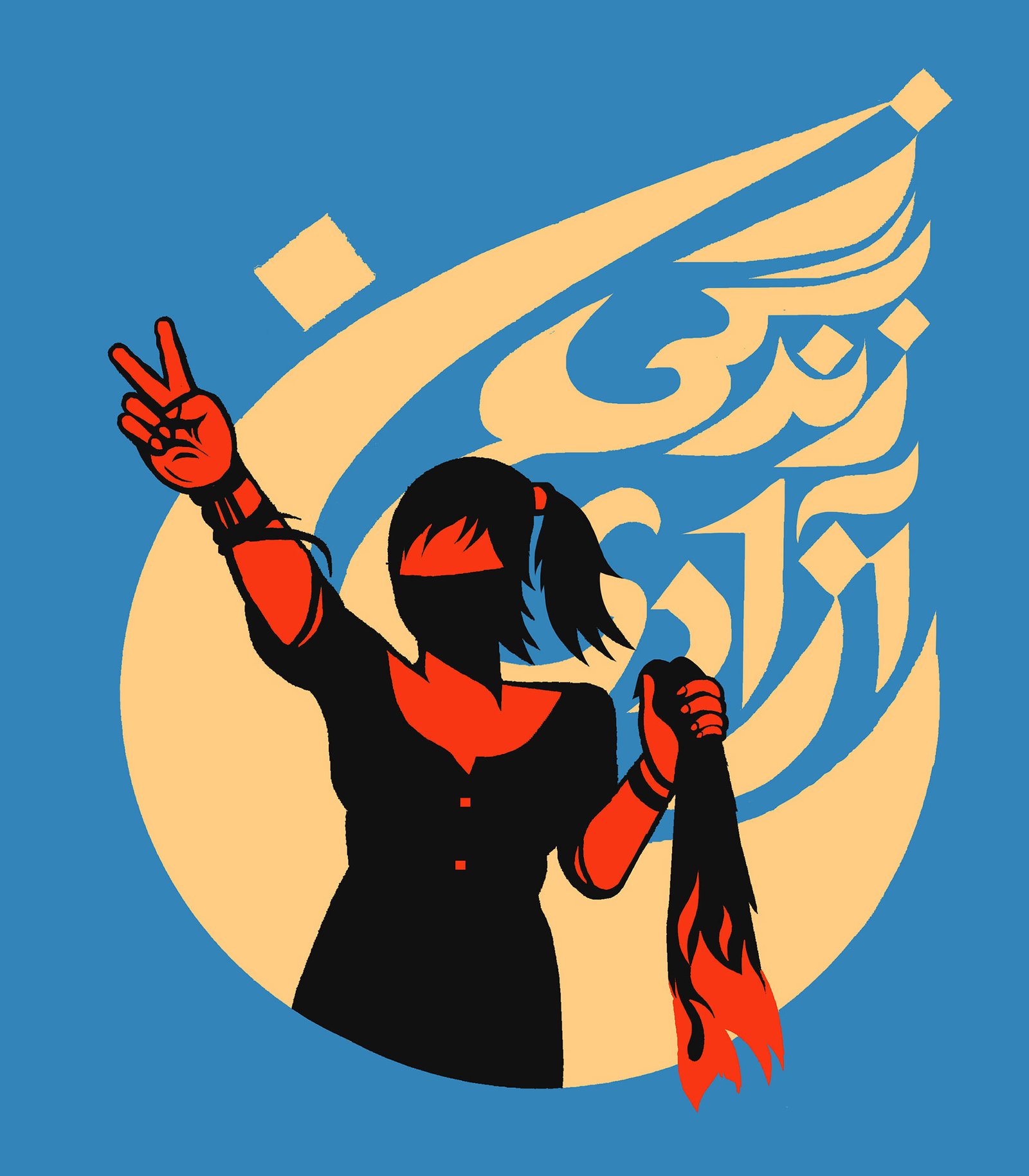 Since the participants in this movement shout “life,” it shows that what they are experiencing now in Iran is far from the ideal human life they want.

The current economy of Iran is stuck in one of the most severe forms of “stagflation.” The situation combines an extreme inflation rate and a rapid increase in the annual price index with a very high percentage of unemployment among the job-seeking population. The current economy has caused a daily decrease in the purchasing power of people, especially the middle and poor classes. Poor people are becoming more flawed daily, and a large part of the middle class is dropping into the poor category with the continuous loss of purchasing power.

At the same time, this has led to the rapid expansion of the deep class gap in Iranian society, where a tiny minority enjoys the best material life gifts, but the vast majority of people live in suffering and torment every day to meet the basic needs of their lives. Therefore, the demand for a better economic “life” in the above slogan is rooted in the painful realities of the everyday economic life of millions of Iranian men and women.

The daily and permanent intervention of government institutions in the most minor and most personal aspects of life and the creation of daily restrictions in social, political, cultural, economic, and recreational activities have severely restricted the people. The issue is much more intense with young people, especially young women.

These young people are more familiar with the life and way of life of their peers in other parts of the world because of their superior technological abilities to be present in the virtual space and various social networks. They do not accept the daily intervention of government institutions in their lives and consider it an obstacle to breathing freely in their personal and social lives. This is another reason for coming to the streets and demanding a “life” with comfort and human dignity by young Iranian men and women.

Third, life in terms of widespread corruption and destruction and severe pollution of the environment:

The neglect of the relevant government organizations on protecting the environment, the dominance of profit-seeking, and extensive bureaucratic corruption has led to the granting of government rents to the country’s dependents and the army of the government system. They are engaged in looting and unwise exploitation of the country’s natural resources by abusing those rents. This has led to the destruction of those resources and created pollution in the country’s environment, making many urban and rural areas unsuitable and even harmful for a healthy life. Among the above cases are the destruction of underground water sources by indiscriminate digging of thousands of deep wells, drying rivers and lakes, and highly harmful respiratory substances.

Any peaceful protest by environmental activists against this situation is constantly faced with pressure and threats of security and prison. The young generation present in the square looks at the above destruction and pollution as the destruction of their yard and considers it to be their “lifestyle.” 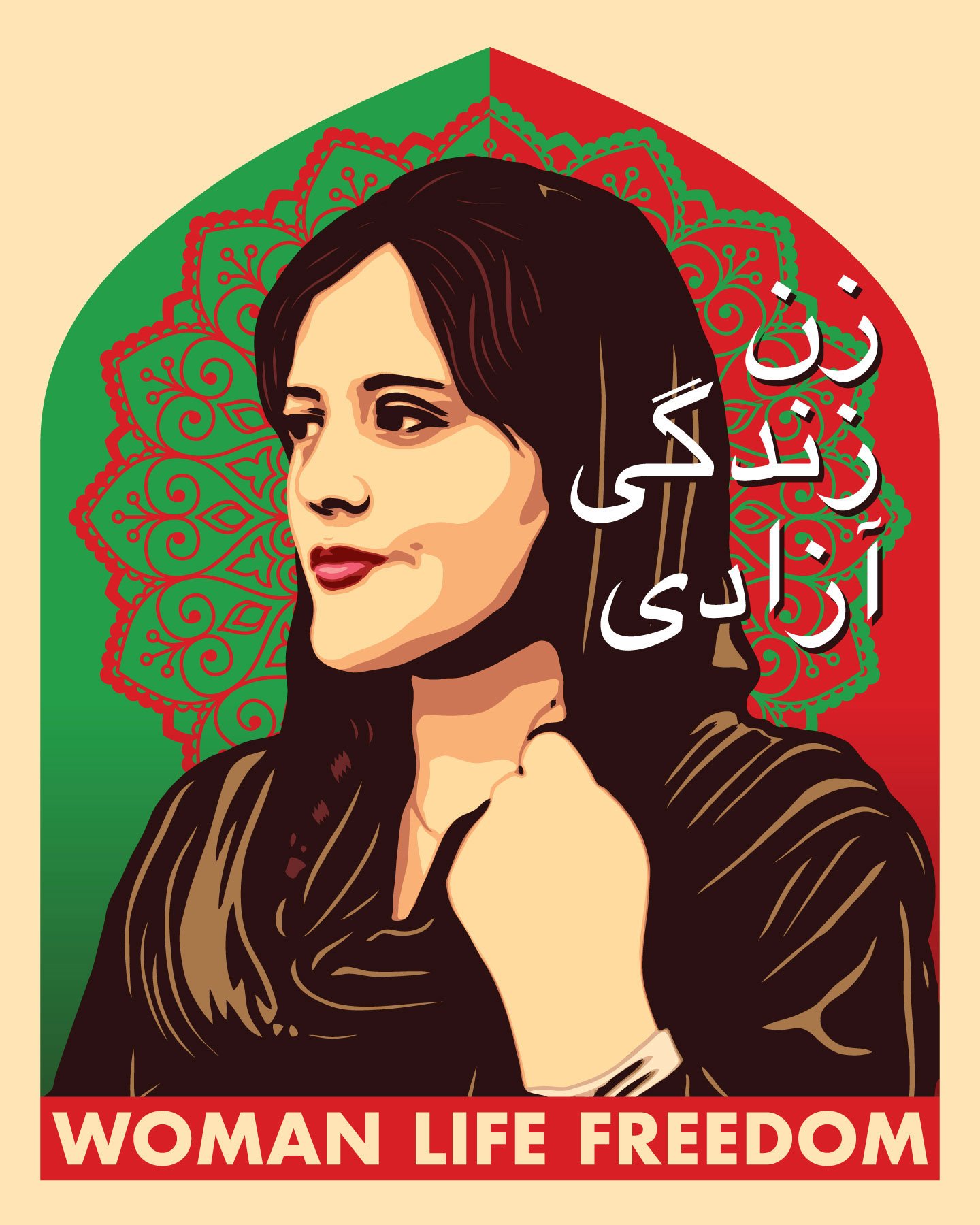 The daily spread of intrusive and restrictive rules and regulations by the government and applying them to the most elementary and clumsy forms have limited the personal lives of millions of young Iranians. As mentioned, the patriarchal nature of culture also causes strictness in the content and the form of applying these restrictions to women, especially young women.

If there were reliable statistics on the effectiveness of the “Morality Police,” it would show that the most significant part of that activity was focused on monitoring and arresting young women. The criminal behavior that led to the tragic death of “Mahsa (Gina) Amini” represents the focus of the activities above on young women. The reason “Mahsa” became a symbol of women’s oppression is that she was not a famous person or intentionally intended to violate the restrictions of the mandatory hijab. She was an example of millions of Iranian women forced to accept and comply with compulsory veiling. Therefore, the crime committed against her can quickly and randomly happen to any other young woman, arousing the anger and protest of thousands of young girls. 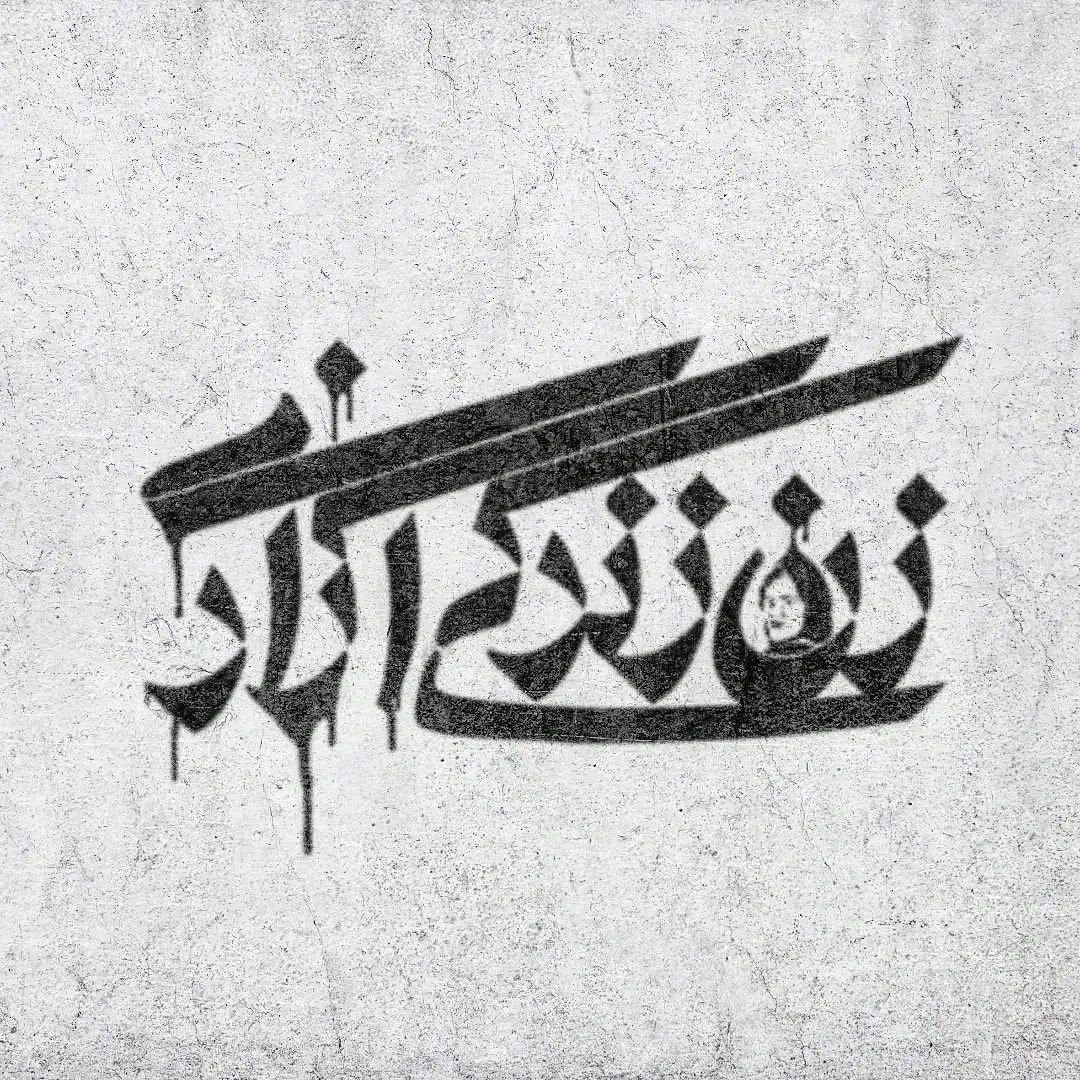