Amir Jadidi (امیر جدیدی) was born on June 20, 1984, in Tehran, Iran, and is a well-known Iranian actor and tennis player. This actor has been in several notable films and won several local awards, such as receiving the Best Leading Actor at the 36th Fajr Film Festival for acting in the “Cold Sweat” and “The Lost Strait.” So little is known about Amir Jadidi’s personal life since he’s not into interviewing, and he has a serene and quiet personality.

This article provided some information about this young handsome Iranian actor, so follow us to the end. 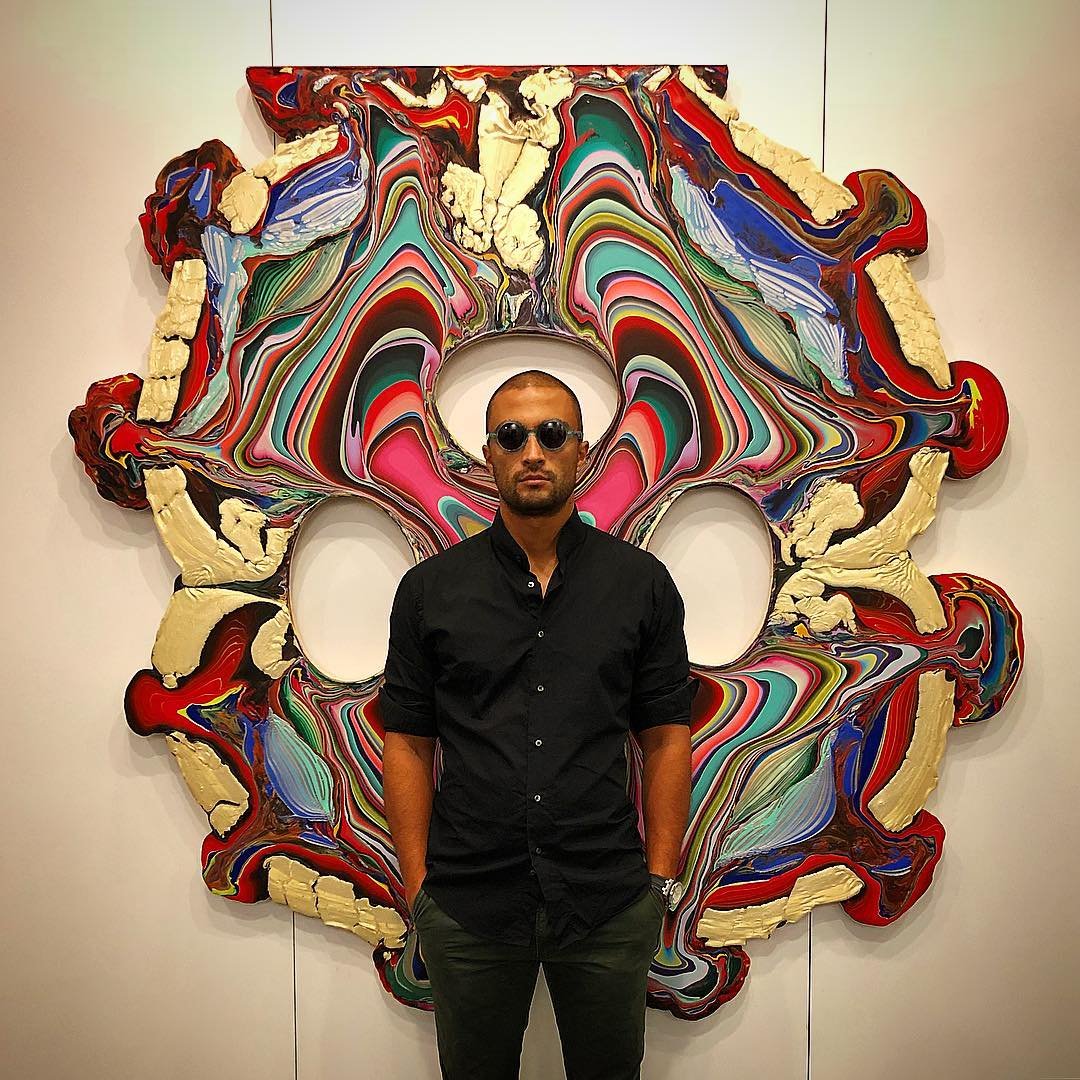 This young artist from Iran has a bachelor’s degree in industrial engineering from Azad University and a master’s degree in Business Administration from the same institution. Even though he hasn’t studied cinematography, he is a natural actor who has performed well in various roles.

Amir Jadidi is a single person who has never been married. 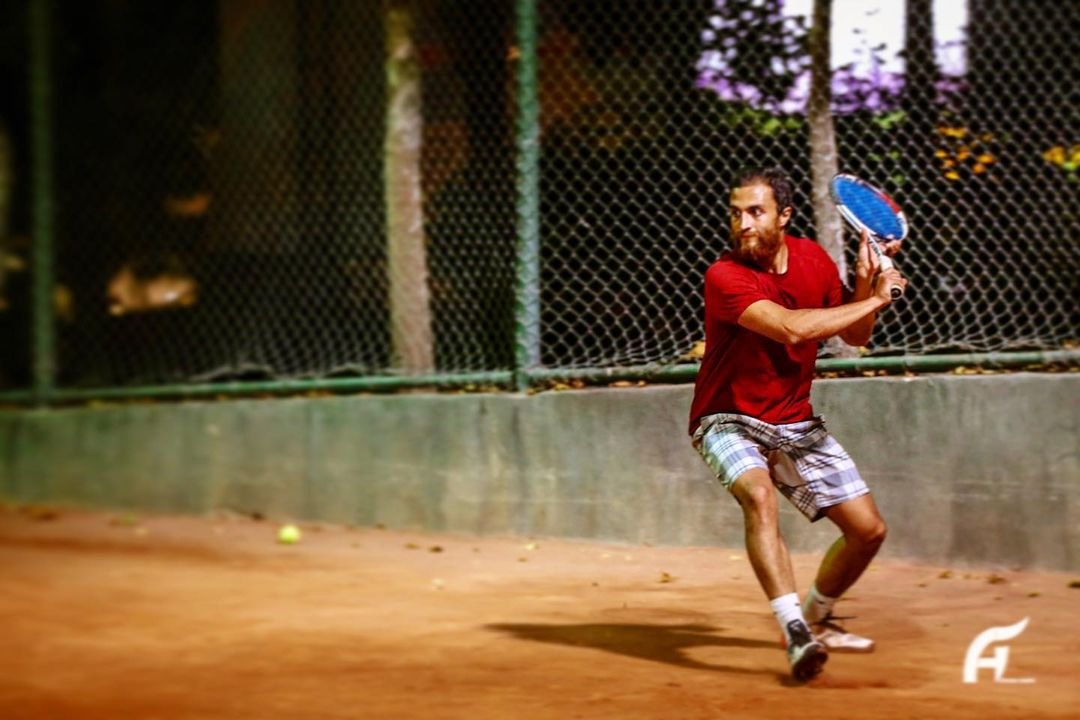 Jadidi, who has a distinct and well-suited look, was once a professional tennis player. This actor’s tennis ability is sufficient that he is eligible to represent his country on the international stage. He was asked to join the national team, but he decided not to participate.

“When I’m not at work, I like to play tennis, go for runs, and work out at the gym,” the actor explains.

Beginning of His Acting Career 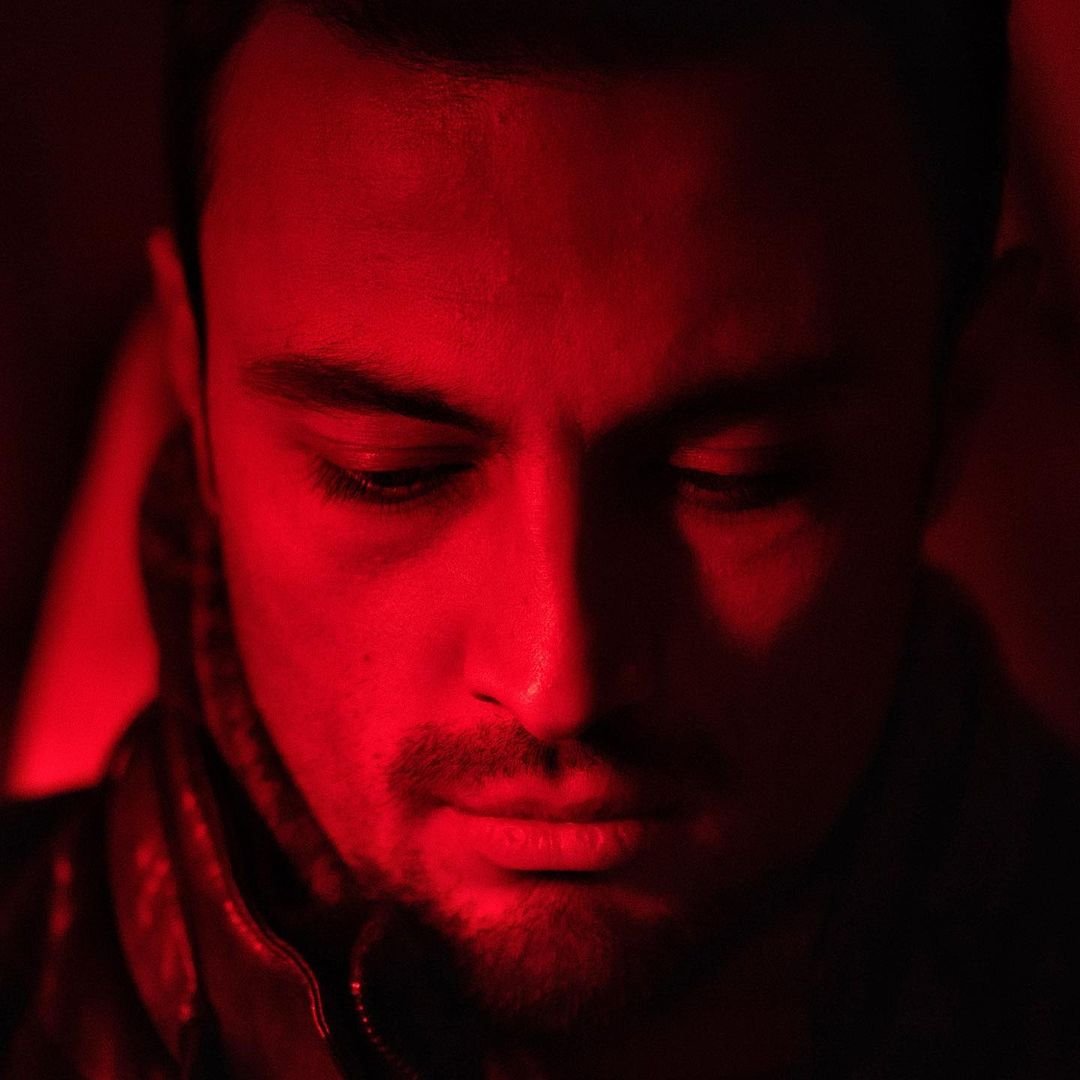 As we mentioned earlier, Jadidi is an accomplished tennis player and instructor. Through this sport, he met Houman Seyyedi, a well-known Iranian film director. Their connection allowed him to break into the world of movies and eventually become a celebrity in Iranian cinema. Jadidi’s first acting role was in the 2013 film “Africa,” directed by Houman Seyyedi, and he then appeared in another Hooman Seyedi film called  “Thirteen.” He’s now a famous actor who can perform in a wide range of roles on screen.  In the following, we’ll take a closer look at some of his cinematic roles. 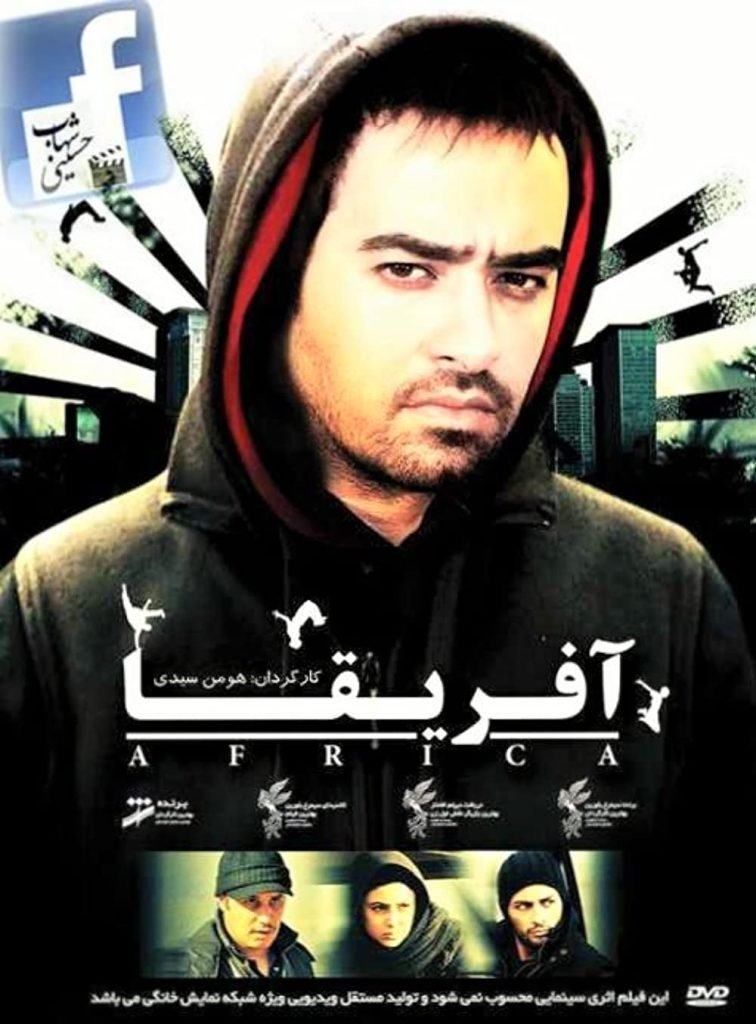 In 2013, Jadidi appeared in Houman Seyyedi’s film “Africa,” however the film was shown on Home Tv Show rather than a cinematic release. Jadidi appeared on screen as Kasra with Shahab Hosseini, Azadeh Samadi, Javad Ezati, and Mina Sadati. The film depicted the ups and downs of three drug dealers.

Jadidi in “End of the Service” 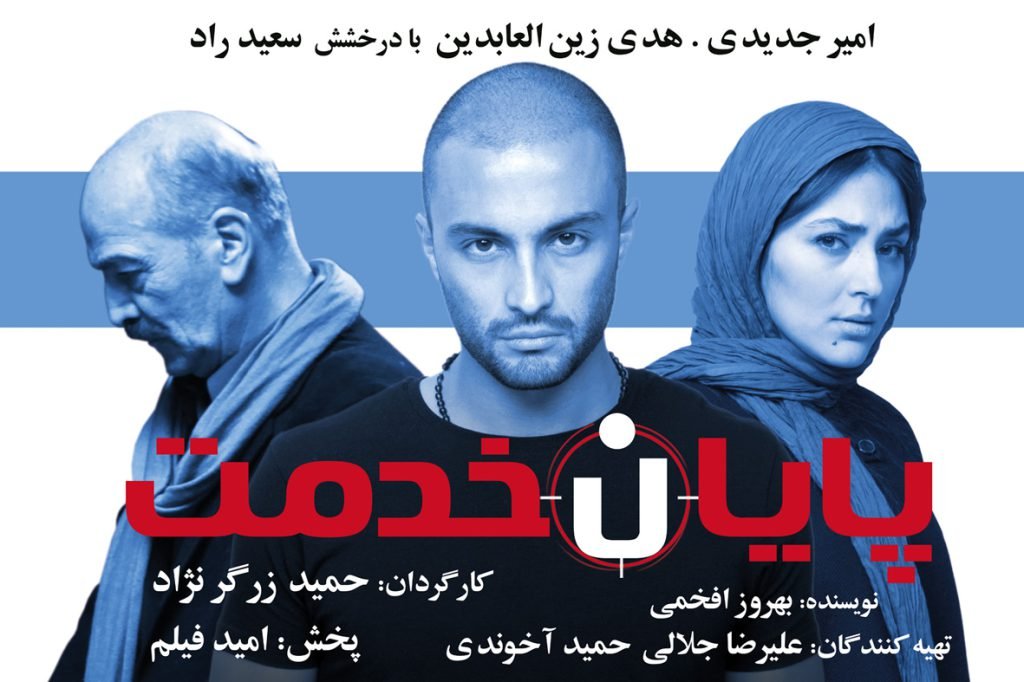 In 2013, Jadidi appeared in the film “End of Service,” directed by Hamid Zargarnejad. He received the honorary diploma of the 33rd Fajr Film Festival to appreciate his performance in this film. With Saeed Rad as his partner in this film, Jadidi played the character of a young Turk-speaking soldier; While it’s interesting to note that he wasn’t well-versed in the Turkish language, he yet performed professionally in this film.

In the film “End of Service,” Jadidi starred with Hoda Zeinolabedin, Saeed Rad, Farhad Besharti, and Ali Osivand. “When I wanted to act in this movie, I spent a lot of time with Turks, and I traveled to Tabriz and spent days living with them and observing their habits”; he explained.

In 2014, Jadidi acted as Arash in the movie “Thirteen,” directed by Houman Seyyedi. No one can deny that Houman Seyyedi made the correct decision by casting Amir Jadidi in his film “Thirteen.” He was awarded the diploma of honor for being the best actor at the Fajr Festival and proved himself worthy of the faith placed in him by Houman Seyyedi.

In the film “Thirteen,” Jadidi played the part of Arash, a young criminal who fell for a girl and sought to capture her attention. He appeared on screen alongside Amir Jafari, Vishka Asayesh, Navid Mohammadzadeh, Mehran Ahmadi, and Azadeh Samadi.

Jadidi acted as Pirouz in the film “Crazy Rook,” directed by Abolhassan Davoudi. In “Crazy Rook,” Jadidi showed a new side of himself to Iranian cinema by starring as one of the film’s key characters. “Crazy Rook” won the Crystal Simorgh award for Best Film.

Jadidi acted as Arya in “Me,” directed by Soheil Beiraghi in 2016. Amir appeared in “Me” with a more different look and makeup than in his prior parts; The Fajr Film Festival honored Jadidi’s performance in this film by nominating him for the Crystal Simorgh Award for Best Supporting Actor. He worked with actors like Leila Hatami, Mani Haghighi, Behnoosh Bakhtiari, Ali Mansour, and Alireza Ostadi in “Me.”

Jadidi in A “Dragon Arrives”

In 2016, Jadidi acted as Babak in the movie “A Dragon Arrives,” directed by Mani Haghighi. Amir acts as a courageous and brilliant police officer in the film, which depicts a character that develops a unique mixture of boldness, amazement, and helplessness. Despite all the challenges, Jadidi finished the project.

In 2018, Jadidi acted as Yaser in “Cold Sweat,” directed by Soheil Beiraghi. Soheil Beiraghi, following the success of Jadidi in the film “Me,” asked him to play in the movie “Cold Sweat” again. In “Cold Sweat,” he plays Yaser, a deceitful, arrogant, anti-woman, and hypocritical TV host. By starring in this film, Jadidi won the Crystal Simorgh at the 36th Fajr Film Festival. His co-stars were all superstars of Iran’s cinema such as Baran Kosari, Leyli Rashidi, Sahar Dolatshahi, and Hoda Zeinolabedin.

Amir Jadidi in “The Lost Strait” 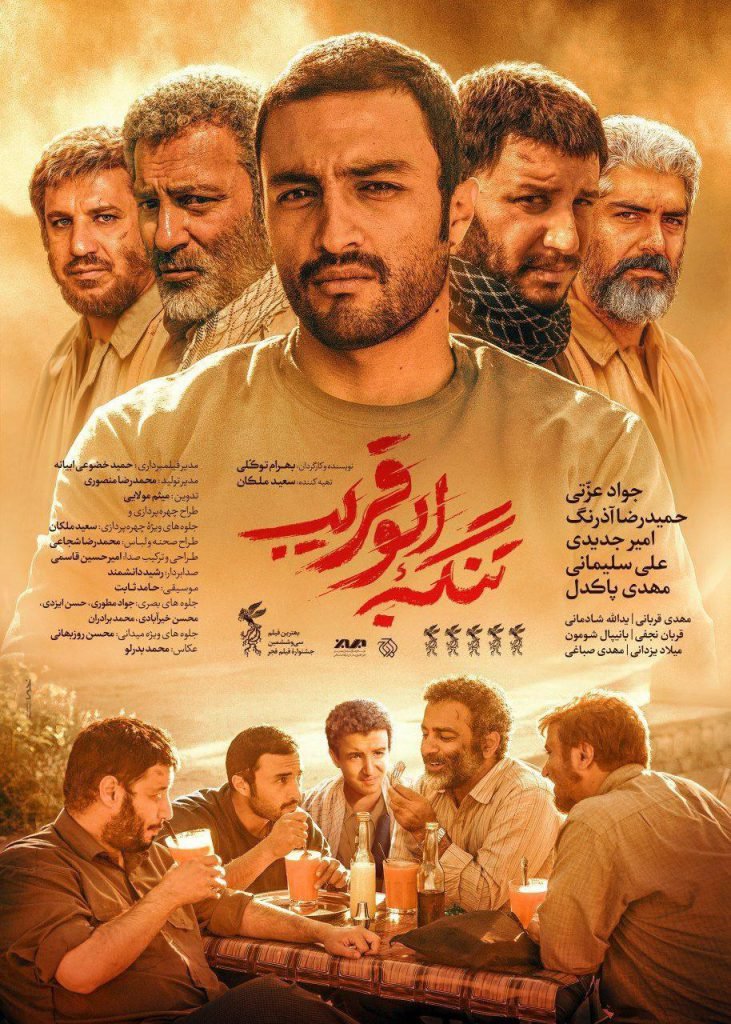 Jadidi acted as Hassan in “The Lost Strait,” directed by Bahram Tavakoli in 2018. He won the Crystal Simorgh Award for best actor at the 36th Fajr Film Festival for his performance in “The Lost Strait.” In “The Lost Strait,” Amir Jadidi acts as Hassan, a patriotic man determined to protect the frontiers of his nation. Mahdi Pakdel, Javad Ezati, Hamid Reza Azarang, and Ali Soleimani were among the other actors in this film. 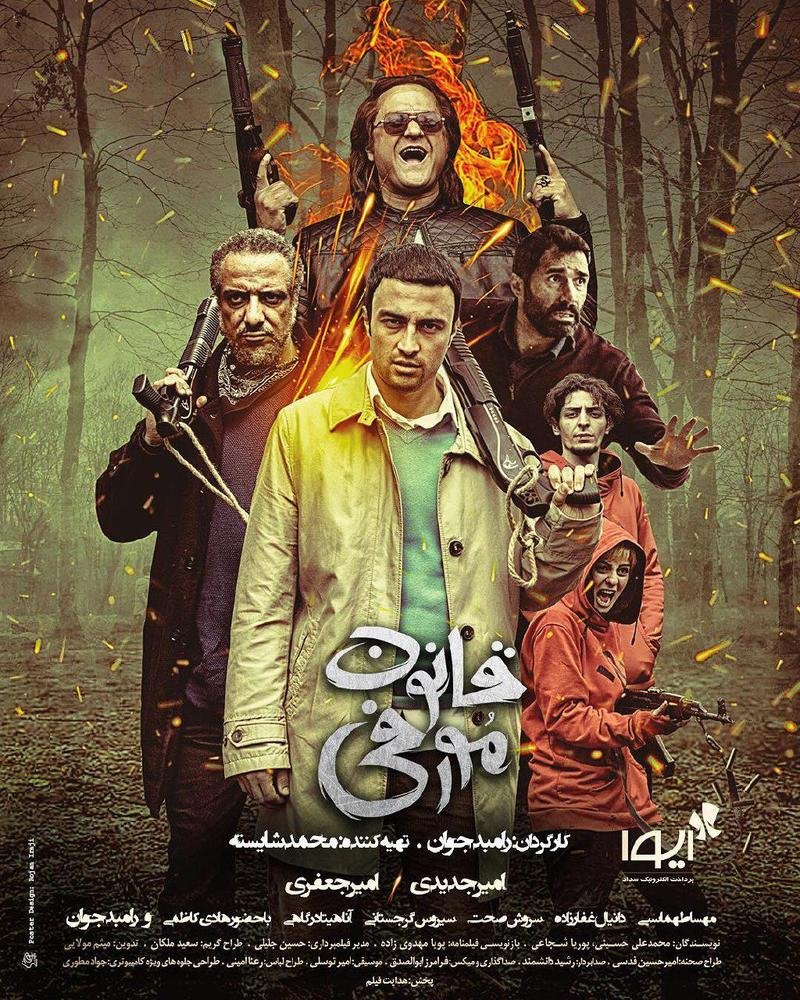 Jadidi acted as Farokh in “Murphy’s Law,” directed by Rambod Javan in 2018. Jadidi is a talented actor who has been in Rambod Javan’s comedy “Murphy’s Law” and has played various roles in Iranian cinema. 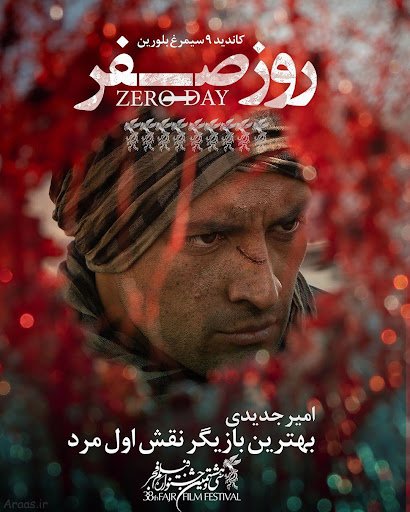 In 2020, he acted as Reza in the “Zero Day” movie directed by Saeid Malekan. In Zero Day, Jadidi was a true cinematic hero. He plays a character of a security officer in this film, and he’s responsible for planning and executing the operation to capture Abdolmalek Rigi in 2010. He shows no similarity to the typical security agents in Iranian movies. Amir enters the film simply, and because of his distinctive qualities, urges the viewer to follow him until the end. 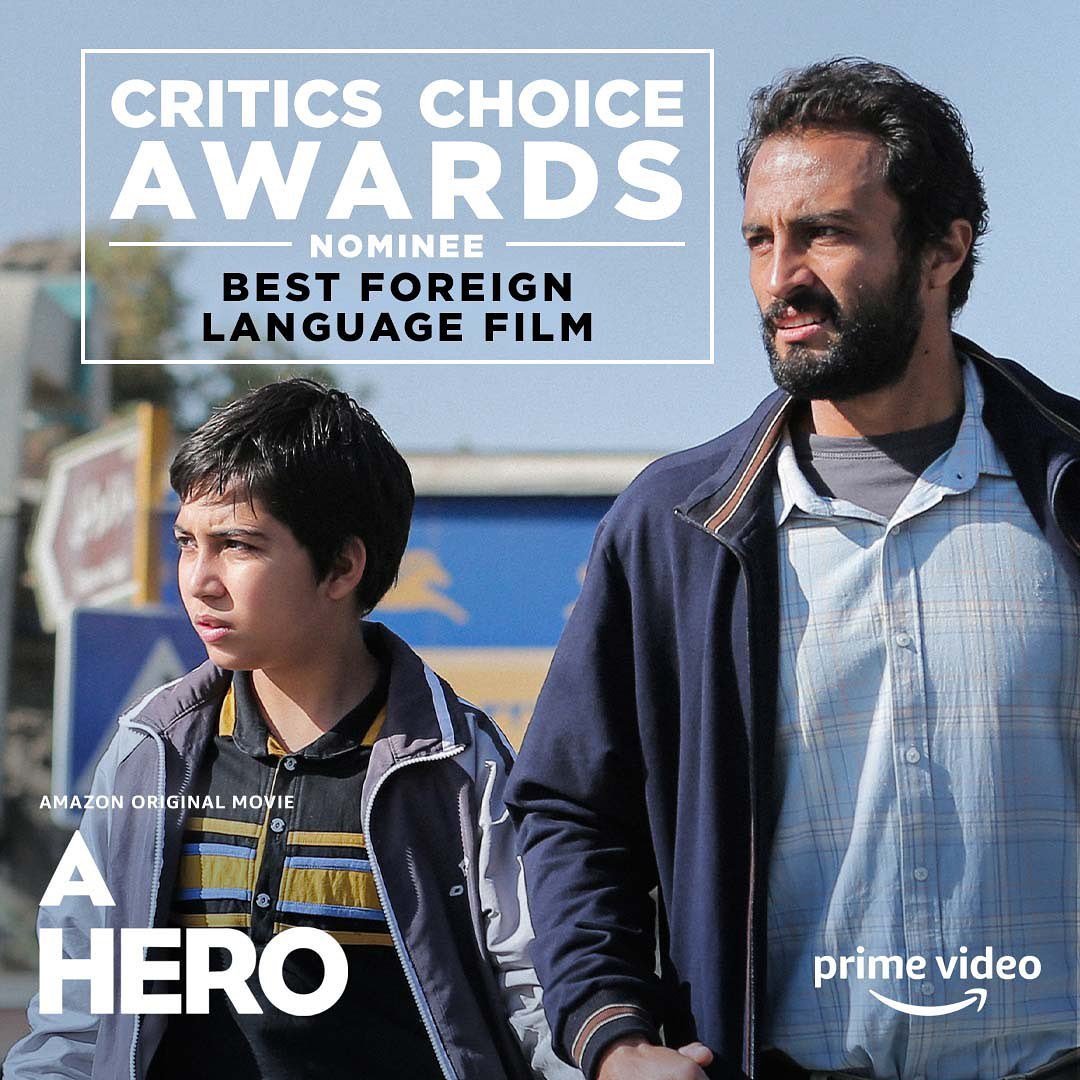 In 2021, Jadidi acted as Rahim in “Hero,” directed by Asghar Farhadi. The story is about a young man called Rahim; he is in jail due to a debt that he was unable to pay back on time. Rahim is in jail because he couldn’t pay back a debt he incurred. So, in a two-day break, he tries to persuade the owner to drop his complaint. However, things don’t go as his plans. Jadidi won the Best Actor honor in Hafez Awards.

We’ve listed the films Jadidi has appeared in below. 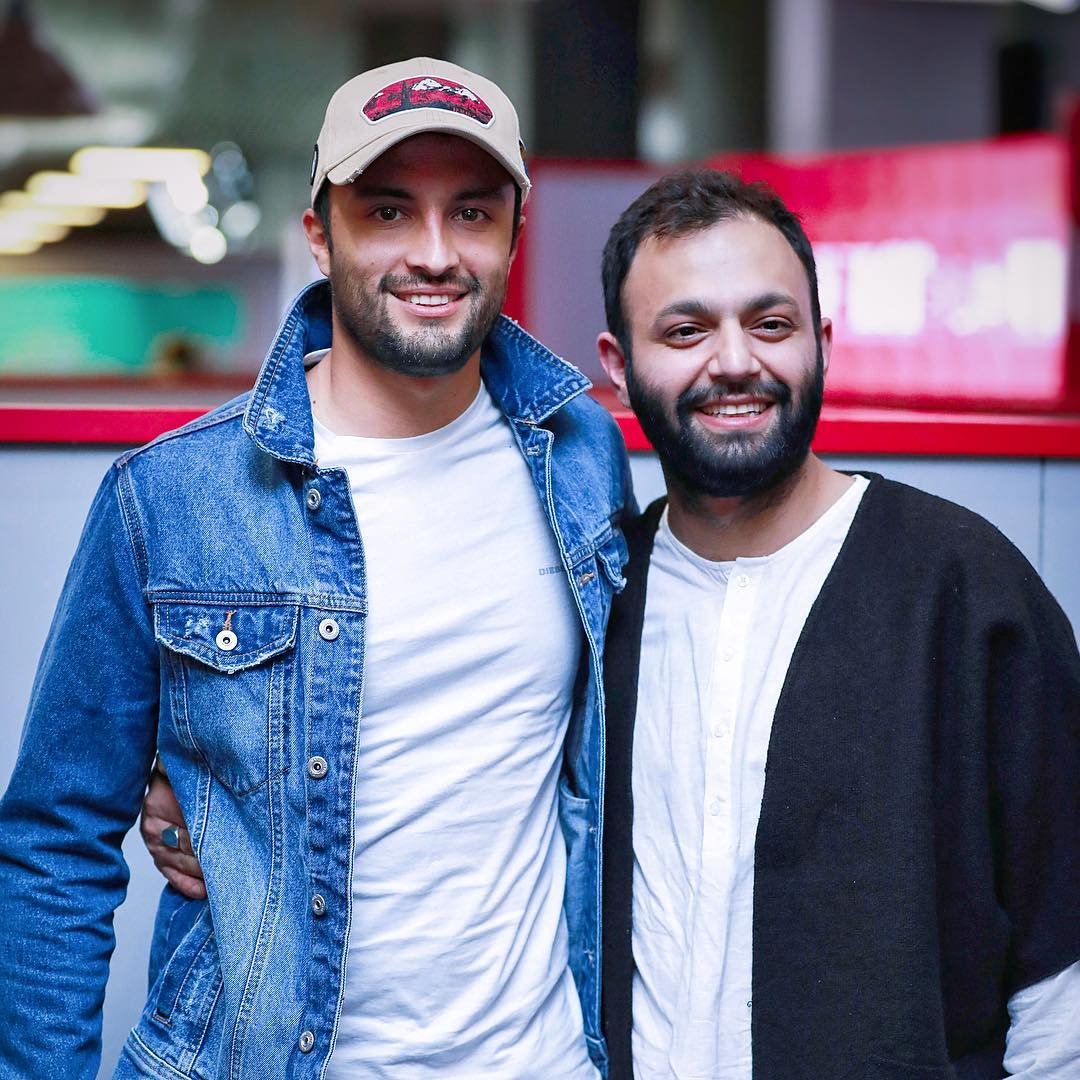 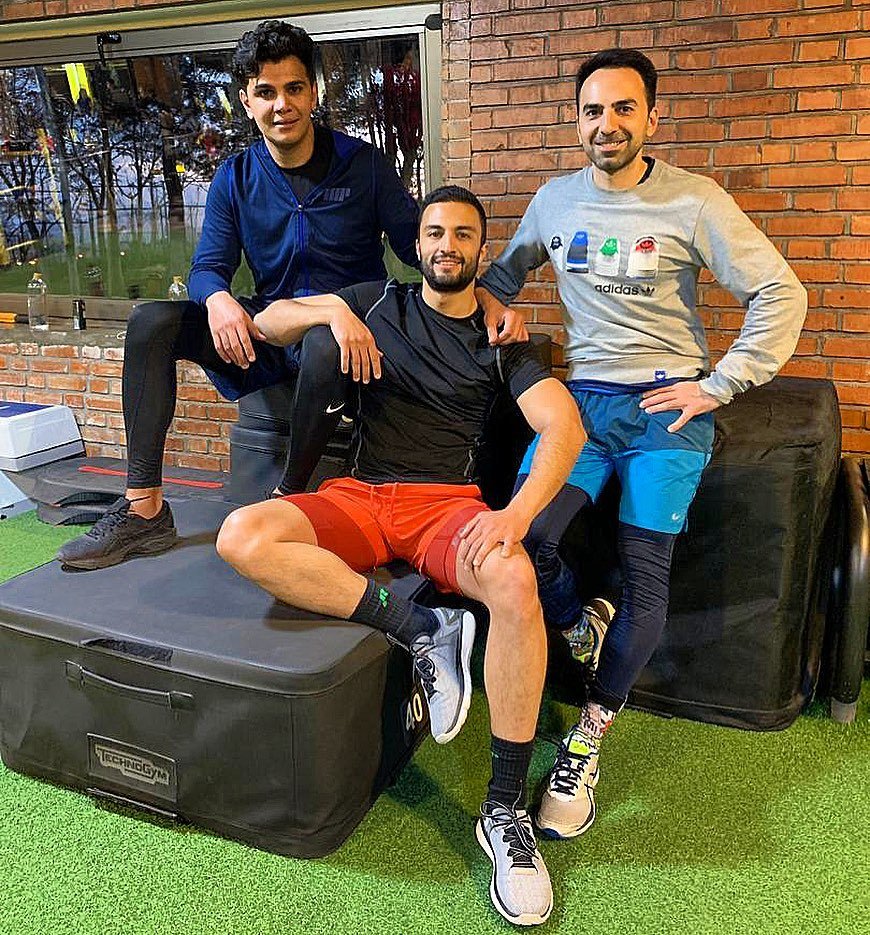 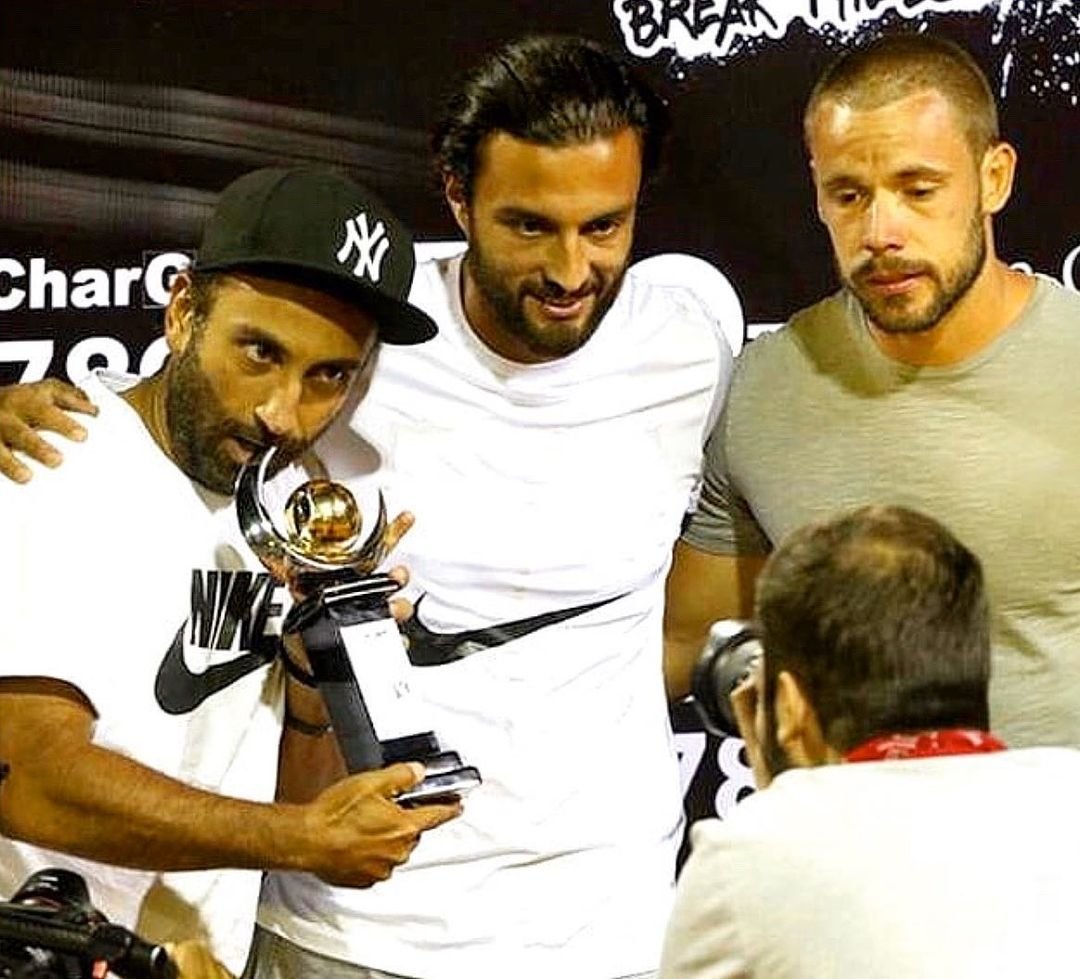