Bahram Radan (بهرام رادان) is a famous and handsome Iranian actor born on 28th April 1979. He has received several local and international awards, and he’s well-known for his parts in “Santouri” and “Candle in the Wind.” “The Iranian Brad Pitt” is a common nickname for him. For his role in” The Killer,” he won the Ladakh International Film Festival Award in 2009.

In 2010, the UN appointed him as the first ambassador against hunger in Iran. 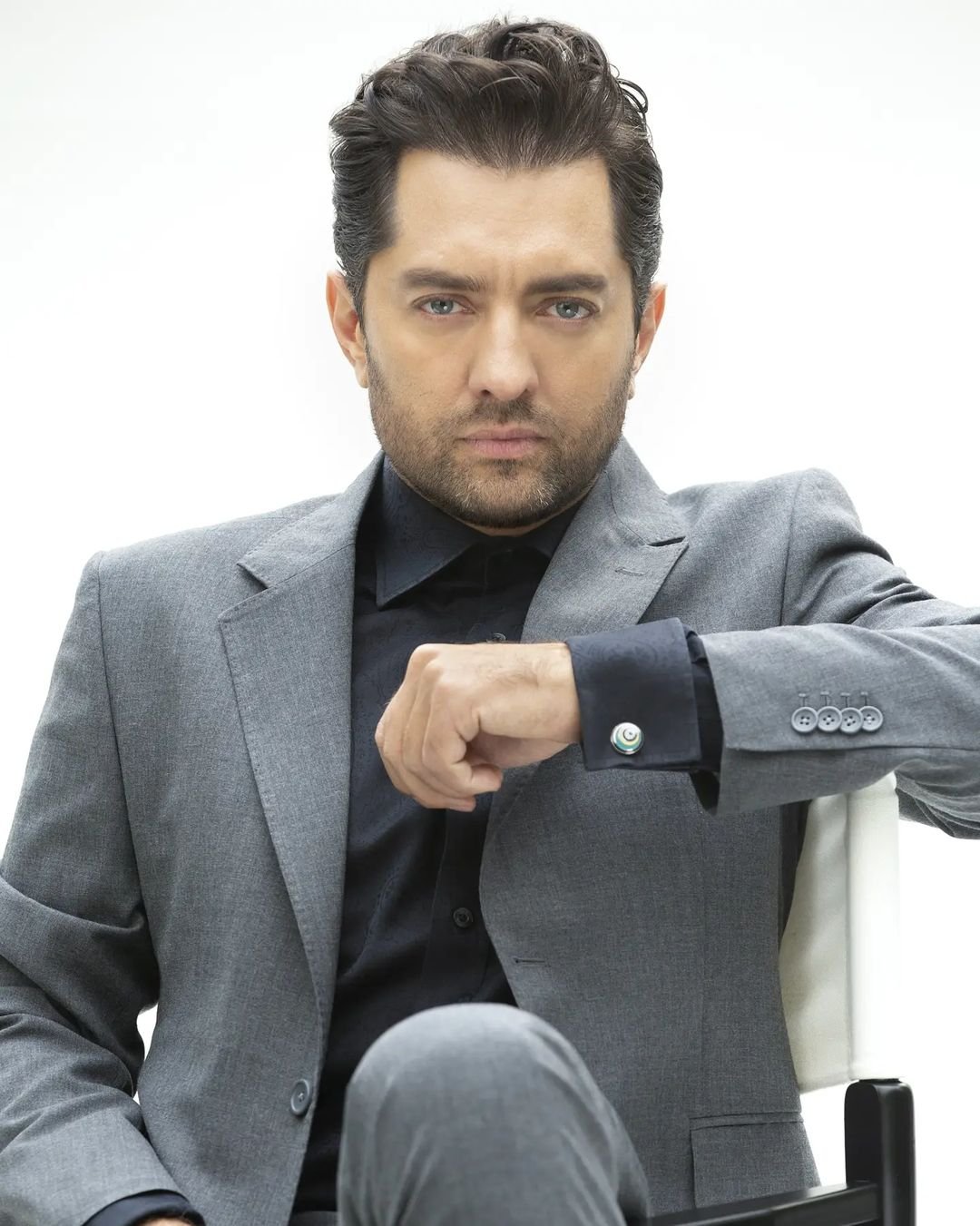 Bahram Radan graduated from Azad University with a bachelor’s degree in business administration.

He has two sisters and a brother, and he is the last kid of the family; his mother is a housewife, and his father is a retired colonel. 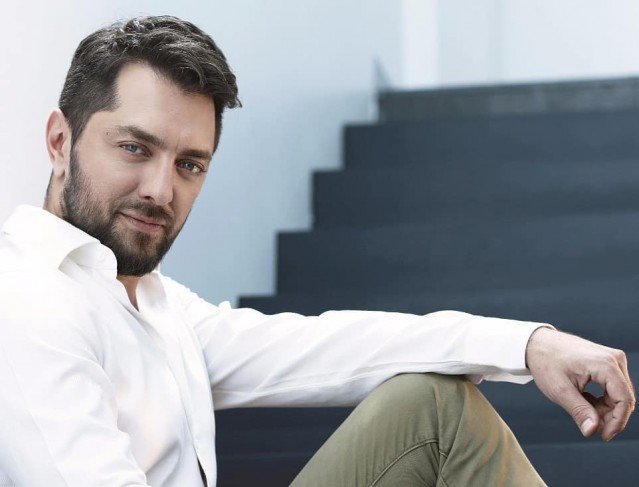 In an interview, he explained that: There are many individuals out there seeking a career following military duty, and once I was one of them. So I passed the classes, and less than a week after finishing acting classes, I filled out an application for a movie role.

He participated in Soraya Ghasemi’s classes in 1999; she introduced Bahram for acting in “The Passion of Love” as Kian. First, he thought his role would not have more than one or two dialogues, but it turned out his character was one of the two key roles in the movie. 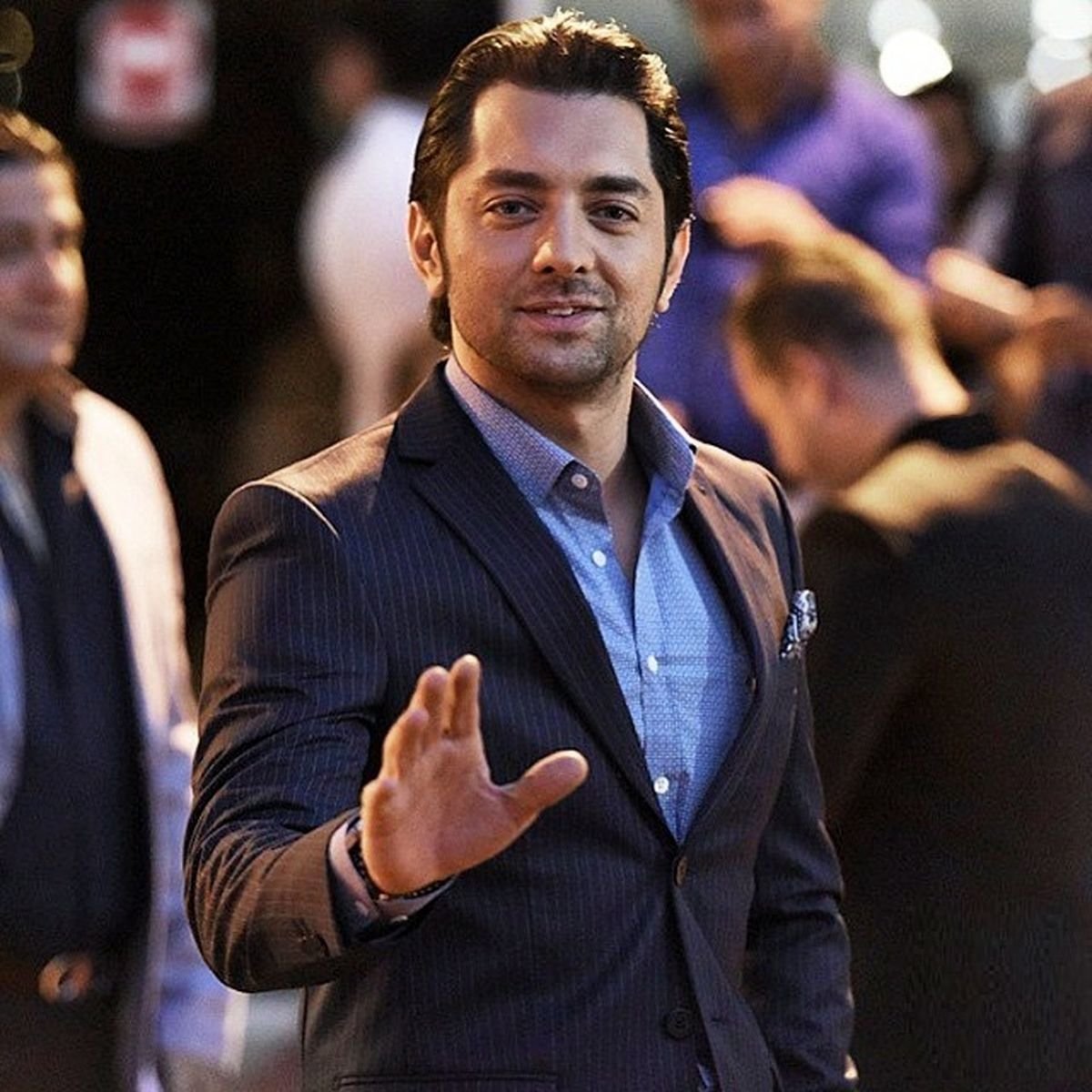 Radan gained widespread attention for his debut film, “The Passion of Love,” where he played the lead role. With each film he appeared in, he enhanced his knowledge of acting and even was nominated for Best Actor at The Fifth Cinema House Festival for acting in the movie “The Song of the Swan.”

He starred in Dariush Mehrjoui’s 2006 film, “Santouri,” where he played Ali Santouri. People still remember this movie as one of the best ones in Iran’s cinema history. 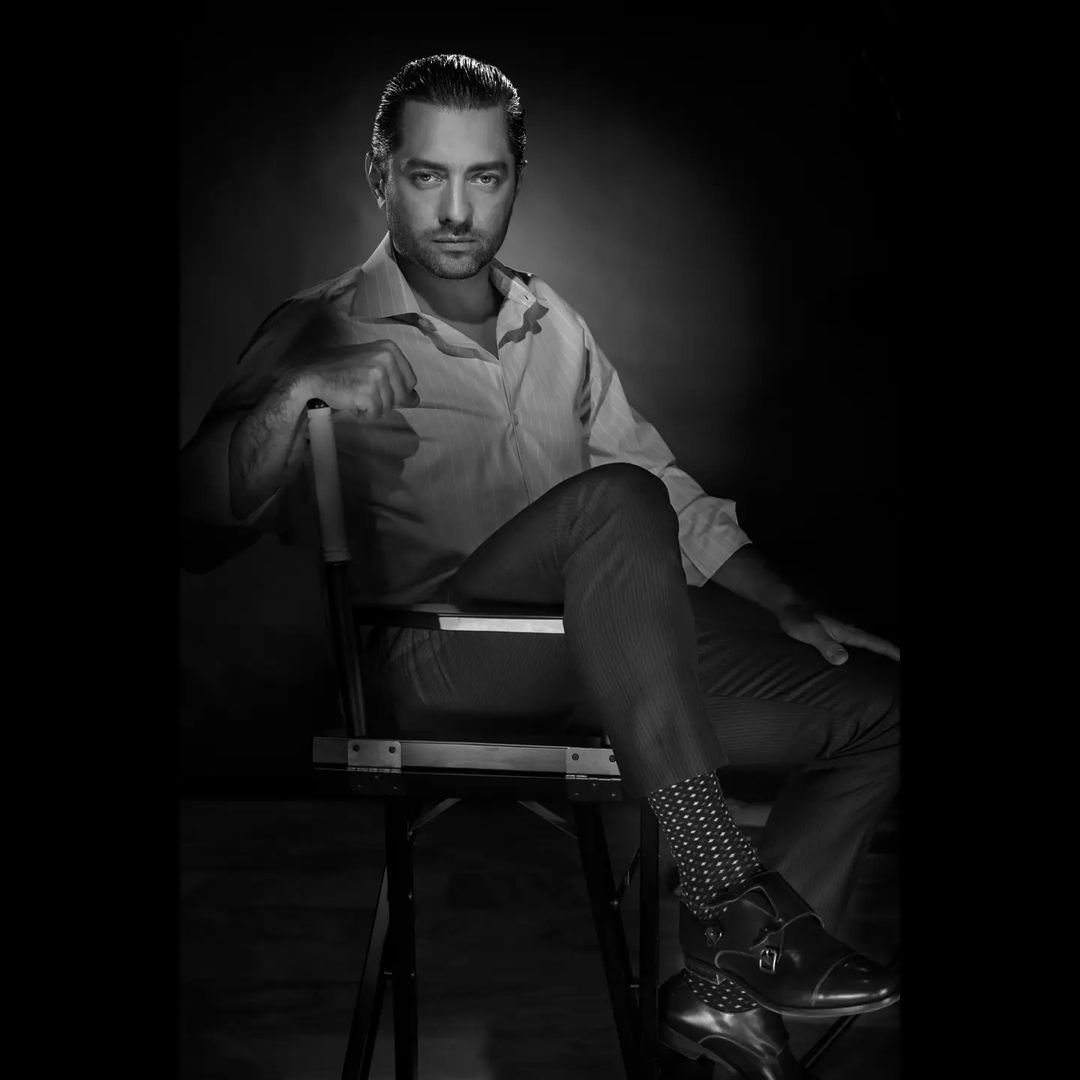 He stayed in Canada for a while and studied acting for six months, particularly theater, to learn how to memorize conversations in English, which he considered a barrier in his life and aspired to overcome.

There is no official news about his marital status. 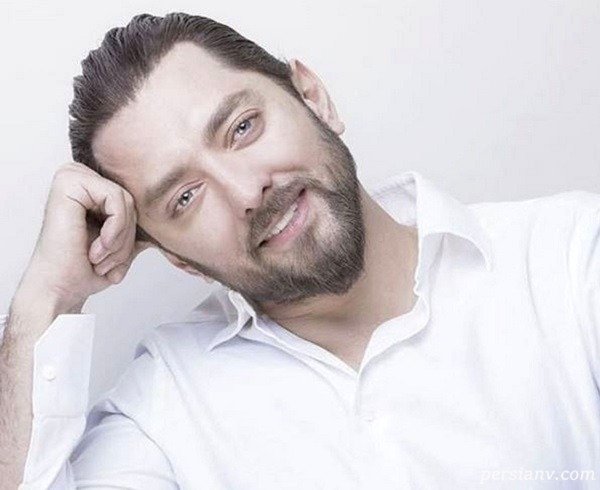 Bahram Radan is handsome, and that’s why he models for different popular brands. After signing a deal with LG, he modeled for Nimani. Then he modeled for a telecoms business before his advertisement was temporarily banned from appearing on billboards.

Bahram Radan is presently the model of Mashhad Leather’s brand company. Radan got famous across Iran and the Middle East with several films he acted in. He was so renowned that Iranian officials banned his billboard representations in 2008.

Although Radan enjoys working out, his favorite sport is soccer, which he plays with his buddies whenever he has the opportunity.

Radan characterized the legalization of same-sex marriage in the United States Congress as a historic event comparable to the liberation of slavery. However, after a few days, he was obliged to remove his tweet from his account due to continued security threats.

He represented Iran’s national team at the 2018 Winter Olympics in Seoul by carrying the Olympic flame. He said he felt honored and strangely delighted to carry the Olympic flame and that it was a historical event in his life. 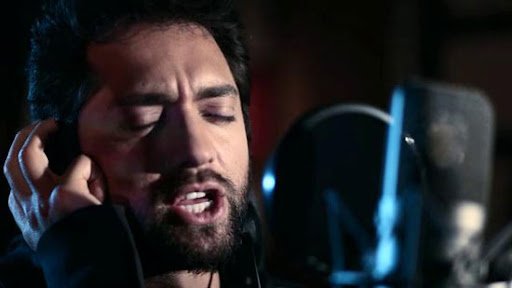 Bahram Radan acted in several Iranian movies, which we will discuss some of them below.

1. Bahram Radan in the Passion of Love 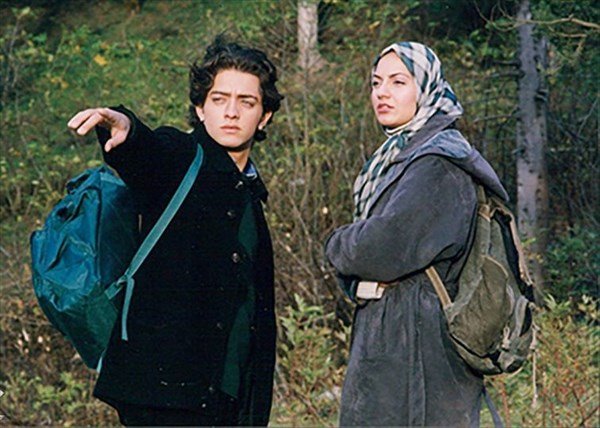 In 1999, Radan acted as Kian in “The Passion of Love,” directed by Nader Moghaddas; Although it was his debut film, he shared the screen alongside celebrities such as Mahnaz Afshar, Iraj Rad, and Mehdi Aminikhah.

This film tells the story of a girl and a boy (Radan) who want to marry, but the girl’s family opposes this decision. As a result, they leave for a city in the north of Iran, encountering several difficulties.

2. Radan in the Song of the Swan 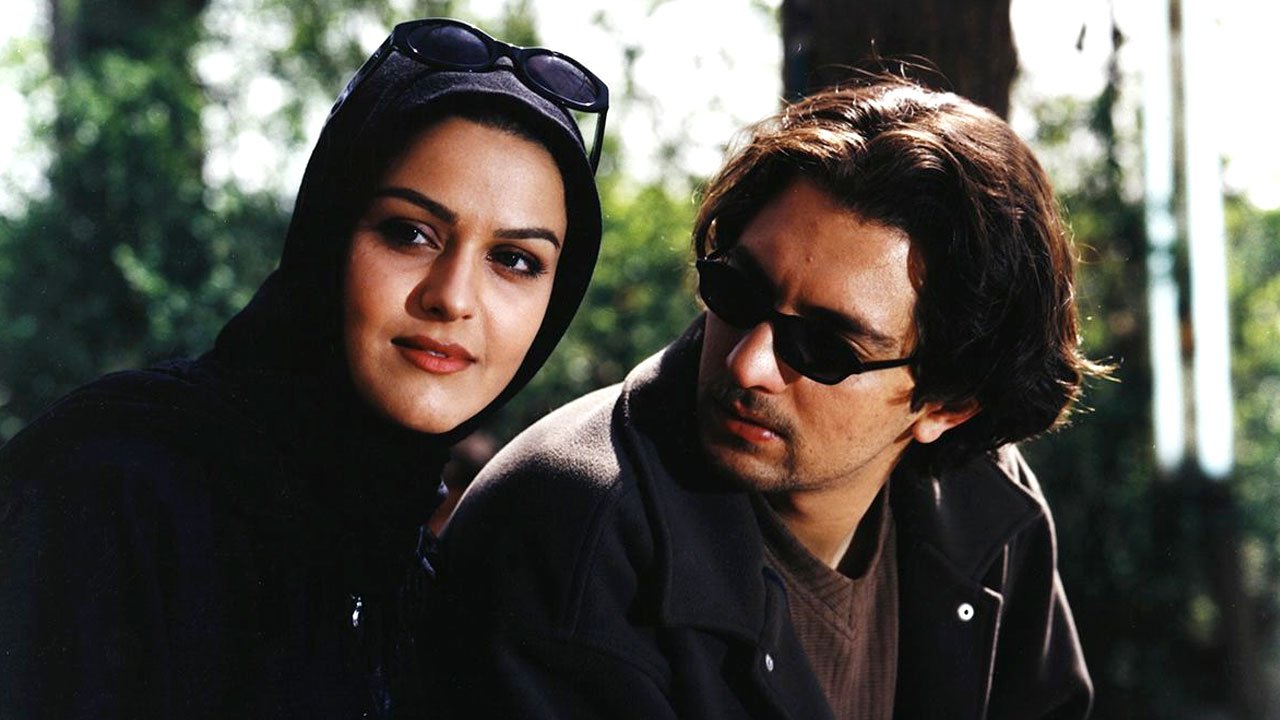 In 2000, Bahram acted as Peyman in “Avaz-e Ghoo” or “The Song of the Swan,” directed by Saeed Asadi. The movie is about Peyman (Radan), whose father wants him to leave Iran, but Peyman resists and goes after his favorite girl. 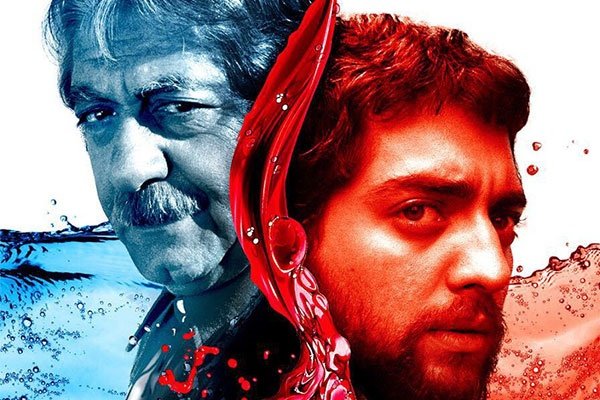 Bahram Radan acted in “Gav khuni” or “The River’s End,” directed by Behrouz Afkhami in 2004. In 2004, he received the Hafiz Award (for Best Actor) for his performance in “River’s End.”

Gav Khuni is about a young boy’s dreams in which the memories of his deceased father, his birthplace of Isfahan, and the river Zayandehrud push him to the verge of despair.

He co-starred with superstars like Soroush Sehat, Ezzatolah Entezami, and Bahareh Rahnama. 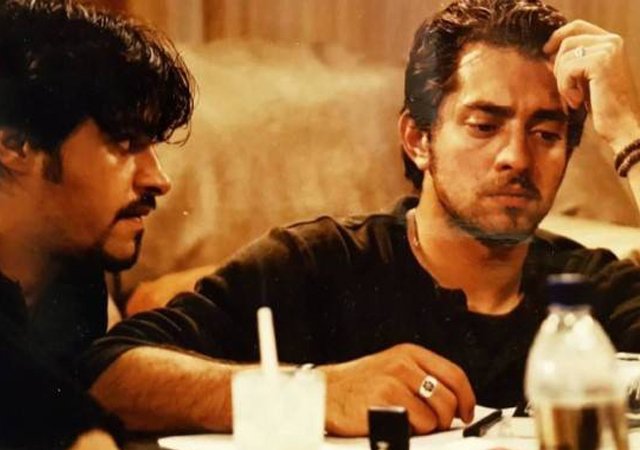 In 2004, Radan acted as Farzin in “Shami Dar Bad” or “A Candle in the Wind,” directed by Pouran Derakhshandeh.

In this film, Radan performed one of his most fantastic scenes. He received the Crystal Simorgh for Best Actor in a Leading Role at the 22nd Fajr Cinema Festival in 2004 and was nominated for the Best Actor Award at the 8th Cinema House Festival in 2005 for his performance in this film. 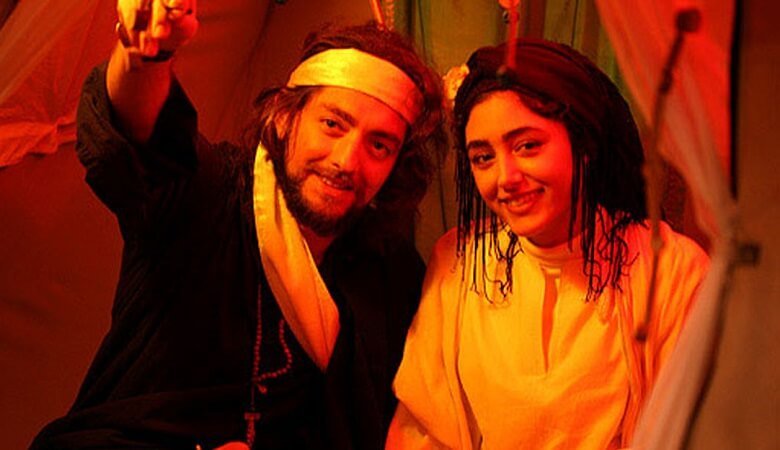 In 2007, Radan acted as Ali in “Santouri,” directed by Dariush Mehrjui.

Because of Ali Santouri’s role in this movie, Bahram Radan became well-known to everyone who had not previously seen him. Radan was nominated in 2010 for the Hafez statute. He received this award for Best Actor in a Leading Role after receiving the Crystal Simorgh award at Fajr Film Festival in 2006.

In the following, we provided a list of his movies.