Iran is home to many talented directors trying to be the language of their country to the whole world; that’s why getting familiar with the best Iranian directors is a must. Cinema can break through geographical and cultural barriers through its global language. During the previous several decades, the Iranian cinema industry has advanced significantly, with its filmmakers receiving worldwide recognition for creating aesthetically spectacular works that reflect contemporary social problems. This article will introduce you to the 10 best Iranian directors.

Who Are the Best Iranian Directors?

In recent years, Iranian cinema has been the focus of numerous world-class festivals and notable international cinema experts. Many critics know Iran’s cinema as the most vibrant cinema in the Middle East. The rise of prominent and best Iranian directors in recent years and at international festivals has allowed the name of Iran to get more and more famous in the world. We will introduce you to the  10 best Iranian directors out of all of the renowned Persian directors. So, keep reading! 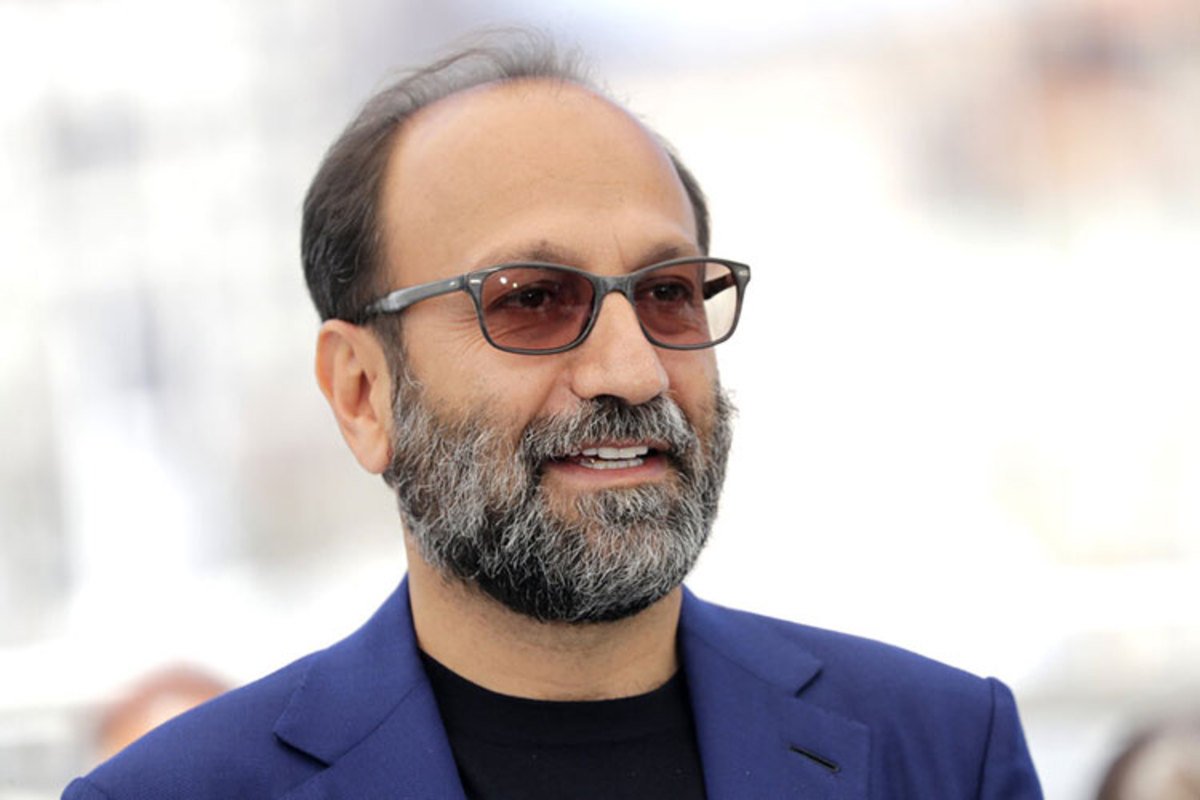 Asghar Farhadi is among the best Iranian directors throughout the history. His name will always remain in the history of Iran’s cinema as one of the most brilliant directors. He was born on May 7, 1972, in Isfahan, Iran, and has been active from 1997 till the present.  Farhadi’s films depict a microcosm of contemporary Iran and examine the inevitable issues that develop as a result of social, gender, and religious inequalities. 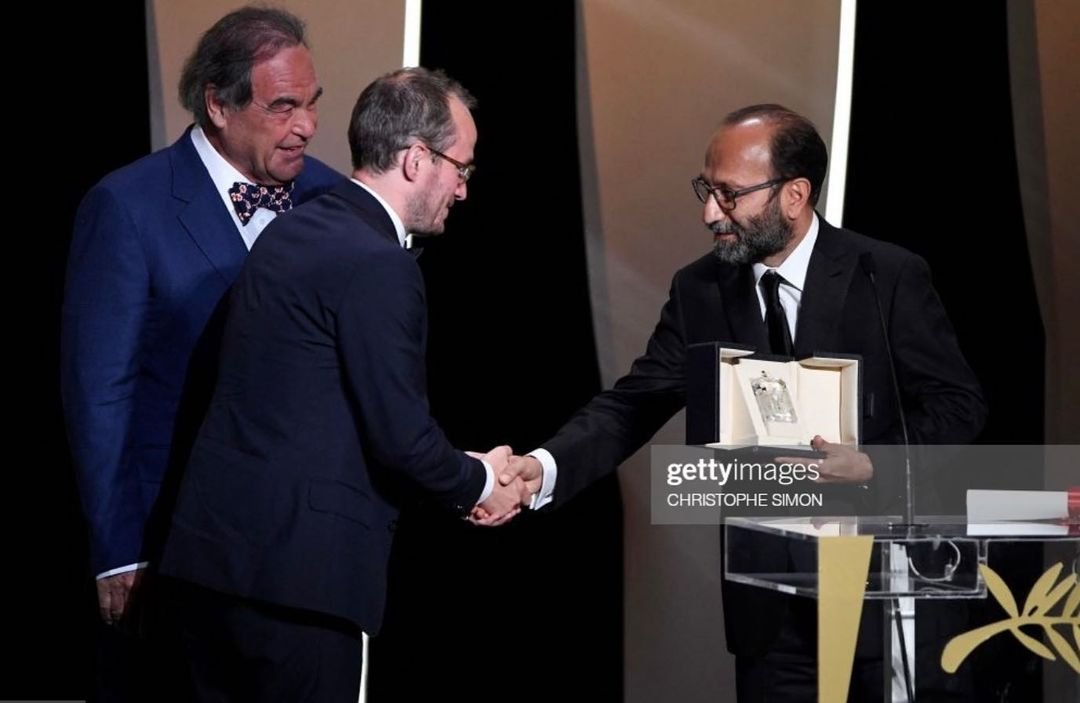 Farhadi has won two Academy Awards for Best Foreign Language Film for his movies “A Separation” (2011) and “The Salesman” (2016), making him one of just a handful of filmmakers in the world to have done it. He also got the Best Screenplay Award at the Cannes Film Festival for “The Salesman.” In 2021, he won the Grand Prix at the Cannes Film Festival for “A Hero.” In 2012, his name was in Time magazine’s annual list of the world’s most influential people. He also got France’s Legion of Honor in the same year; all these awards prove that he’s one of the best Iranian directors ever. 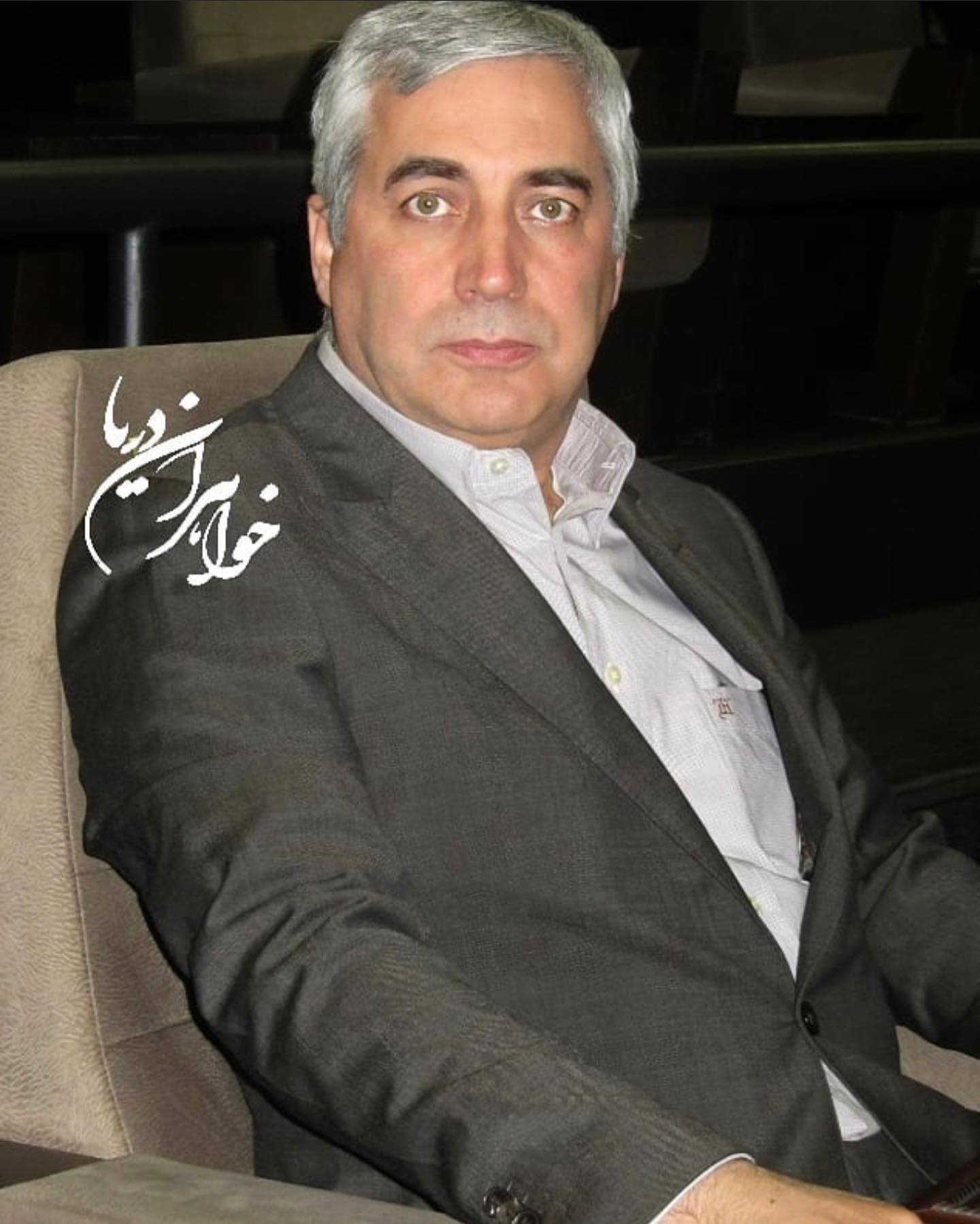 Ebrahim Hatamikia, born on September 23, 1961, in Tehran, Iran, is a talented Persian director who has been active since 1979 and is among the best Iranian directors in Iran’s cinema history. Iranian filmmaker Hatamikia is most known for producing films that portray the consequences of the Iran–Iraq War on Iran. His films are particularly famous for their attention to the societal changes brought about by the conflict. Aside from that, he’s primarily famous for showing the pain caused by war, both for soldiers and those waiting for them, who cannot grieve appropriately because they don’t know what happened to their loved ones.

Hatamikia has received a plethora of prizes over his career, including 22 nominations for Crystal Simorgh, of which he won nine of them. “The Bodyguard” (2016) is the film in which he has received the most nominations and awards. His first award was for “The Path” (1985), a short film that he directed in the early days of his professional career. 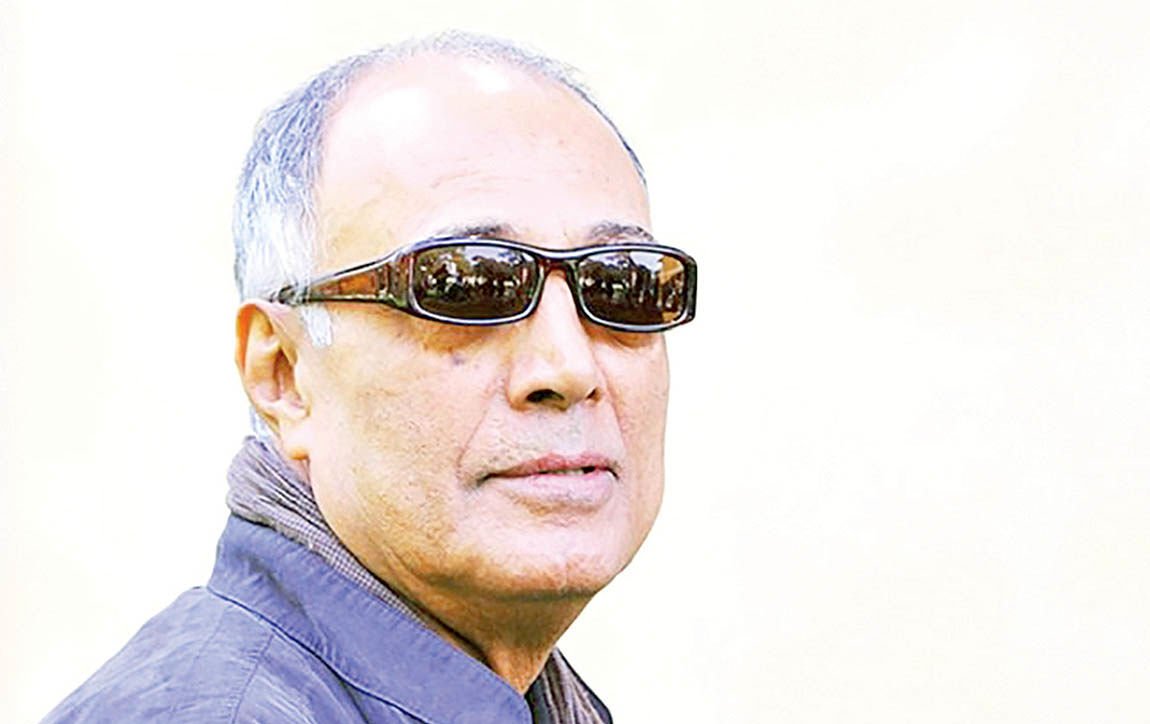 Abbas Kiarostami, born on June 22, 1940, and died on July 4, 2016, was among the best Iranian directors.  Kiarostami has been an active filmmaker since 1970, and he has created more than forty films, including shorts and documentaries. Director Abbas Kiarostami received critical praise for his work on the Koker trilogy (1987–1994), Close-Up (1990), The Wind Will Carry Us (1999), and Taste of Cherry (1997), by which he won the Palme d’Or at the Cannes Film Festival the same year.

Kiarostami’s films are well-known for walking a fine line between fiction and reality. Several sections of his movies were shot in a documentary style, while other segments were from short story descriptions or semi-scripted events. The great director’s works are famous for an unforced familiarity and a conviction that a fascinating battle in life is that of every human being to exist on her own terms. 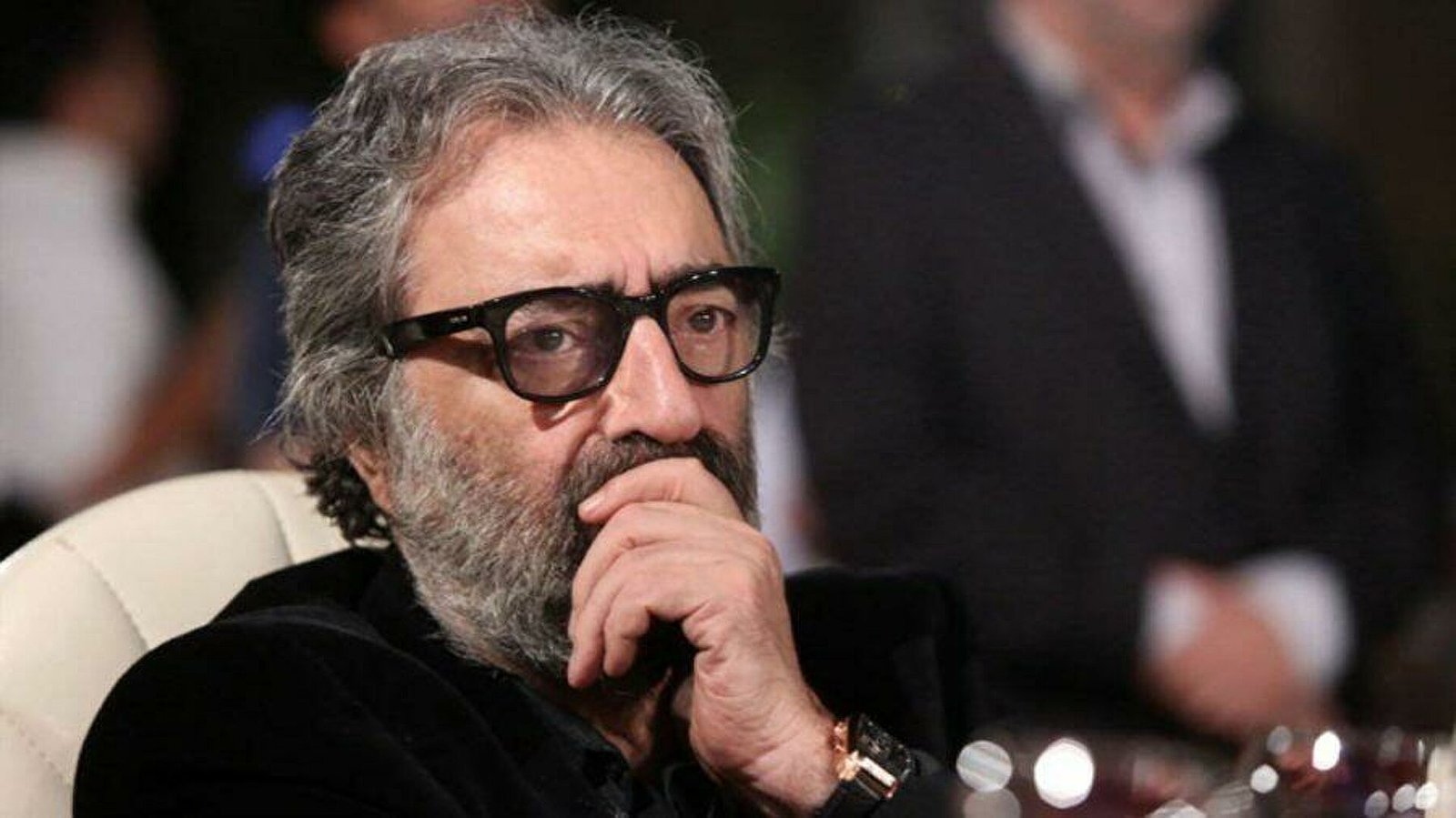 Masoud Kimiai, who was born on born July 29, 1941, in Tehran, Iran, is among the best Iranian directors. Kimiai has been an active director since 1968 till now. From 1991 to 2005, Kimiai was married to Googoosh, a famous Iranian singer. Kimiai began his career as an assistant director before directing his first feature film, “Come Stranger,” in 1968. With his second movie, “Qeysar (1969),” he was the reason for a significant shift in the Iranian film industry’s expansion. Qeysar was a huge financial success in Iran’s cinema, and it paved the way for a generation of young, brilliant filmmakers. His films are about individuals who are left alone in society, and his anti-hero characters always die at the end of the film. 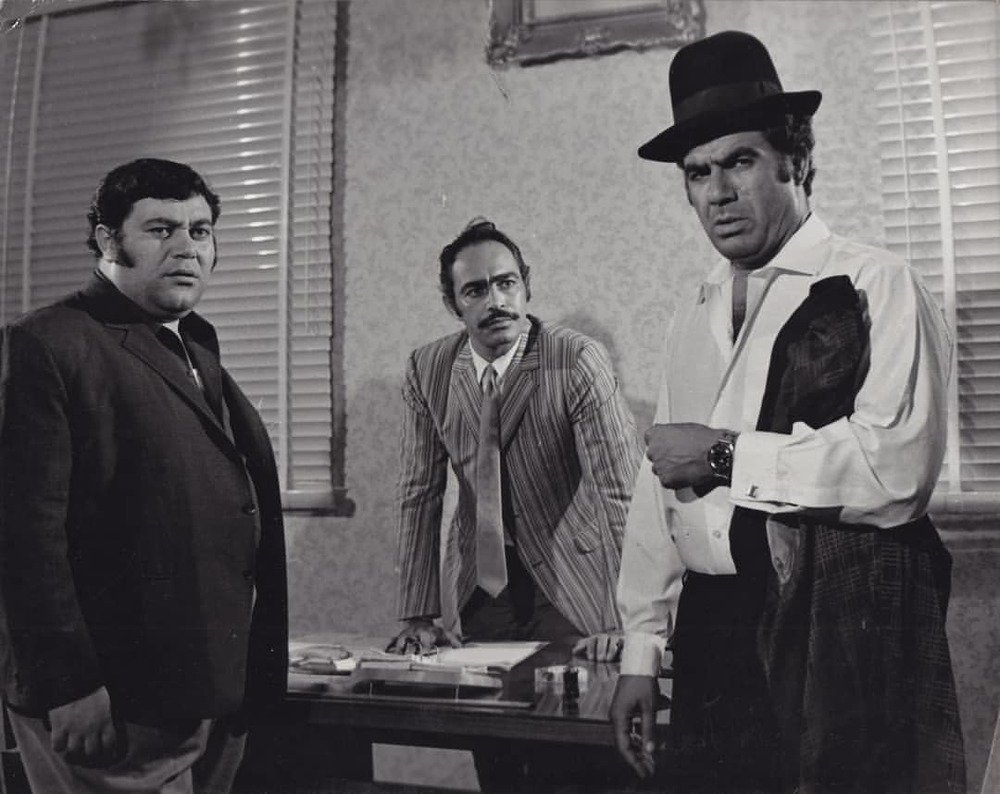 Qeysar is a film directed by Masoud Kimiai, released in 1969. The film is a “momentous achievement in Iranian cinema.” Qeysar is a memorable film in Iran’s history because of the participation of actors such as Behrooz Vossoughi, Naser Malek Motiei, and Pouri Banayi.  This movie set a new box office record and established itself as a masterpiece of Iranian cinema throughout its history. Directing Qeysar is one of the reasons why he’s one of the best Iranian directors. 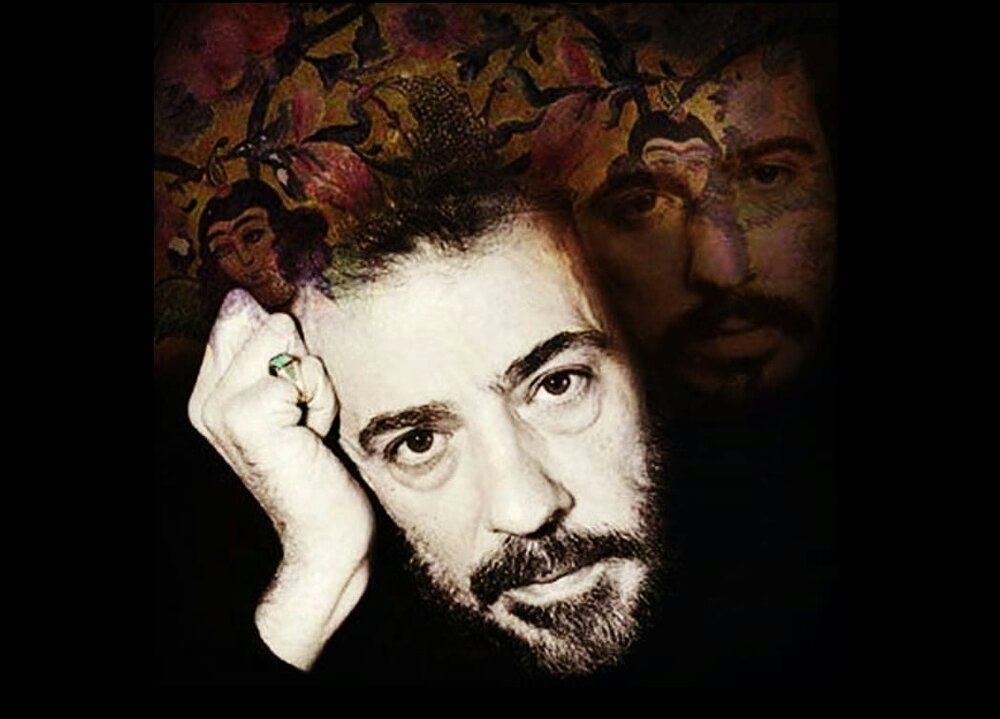 Ali Hatami, who was born on August 14, 1944, and died on December 7, 1996, was among the best Iranian directors ever.  After completing his studies of Dramatic Arts in Iran, Hatami went on to pursue a career as a writer. With Hasan Kachal (Hasan the Bald) in 1970, he made his feature film directing debut, which was the first Iranian musical movie. Many of his films, including Haji Washington (1982), Kamalolmolk (1984), and Love Stricken (1992), were about Iranian culture, and he was the writer and director of many of them. As a result of the lyrical aura that permeates his films, the Tehran Times nicknamed him “the Hafez of Iranian cinema.”

In the following years, he developed a personal filmmaking style that was famous for lyric conversation, traditional Iranian ambiance created through architecture and set design. Because of the director’s death, his last film, “World Champion Takhti,” was left incomplete. He was married to Zari Khoshkam. They have a daughter, Leila Hatami, who is also a well-known actress in Iran and the world. 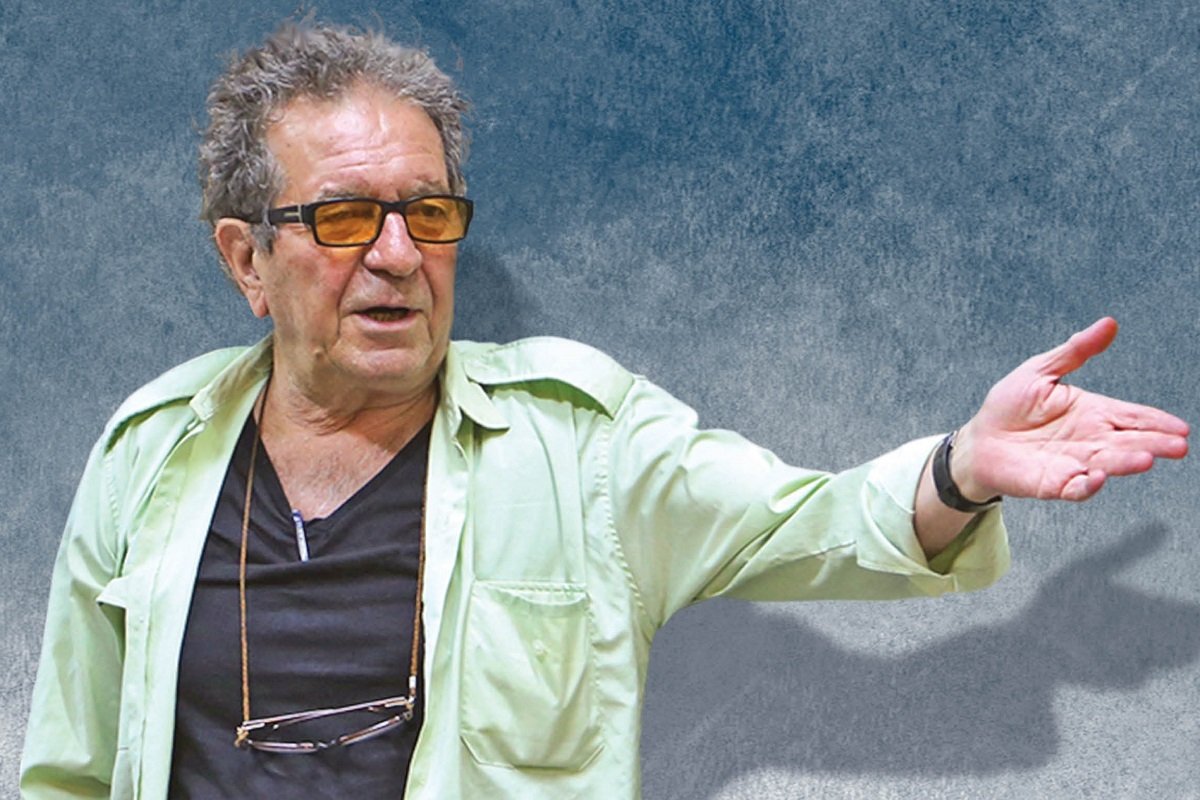 Dariush Mehrjui, born on December 8, 1939, is among the best Iranian directors, screenwriters, producers, and editors. To a large extent, his films are based on literary adaptations, whether they are from Iranian or international sources. As a kid, he was passionately immersed in music and art, learning to play the piano and the santoor and sketching miniatures. In 1959, he moved to California to pursue a degree in cinema. When he finished his first screenplay, which was a love story based on an old Persian legend, Mehrjui returned to Iran with the idea of adapting it into a feature film. However, the idea got canceled, and he instead turned his attention to a thriller called Diamond 33, which was a satire of the James Bond films.

Iranian New Cinema was born with Mehrjui’s second feature, The Cow (Gaw), which earned him both national and international acclaim. It was one of two films signaled the beginning of the Iranian New Cinema movement. After starting with female-character films in 1992, Mehrjui made four films in six years, all of them dealing with female characters and their obsessions in urban settings. According to Iranian critics, Mehrjui is a representative of a generation of filmmakers who contributed to the development of Iranian cinema. Films directed and produced by Dariush Mehrjui have already won 49 national and international awards. 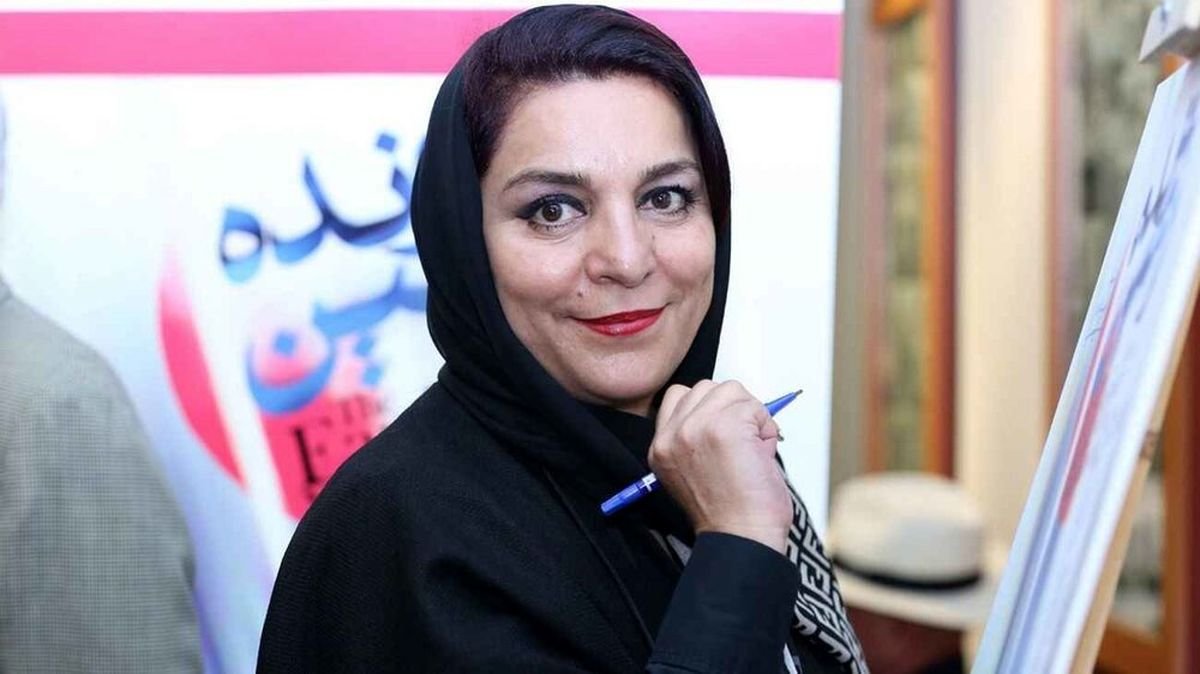 Tahmineh Milani is one of the best Iranian directors who was born in September 1960 in Tabriz, Iran. She received her bachelor’s degree in architecture, but she decided to pursue a career in cinema. Tahmineh Milani, an internationally respected filmmaker, has tackled a variety of complex subjects, ranging from women’s hardships in a male-dominated culture to widespread misunderstandings about the 1979 Islamic Revolution. Milani’s more recent films have a more dramatic tone and a greater emphasis on gender problems, with her female protagonists being the targets of harsh persecution and prejudice.

At the 51st Asia Pacific Film Festival, she won the Best Director, film, and screenplay Award for her movie “The Unwanted Woman.” She received Best Artistic Contribution at the 25th Cairo International Film Festival Award in 2001.  She won many other local and international awards. 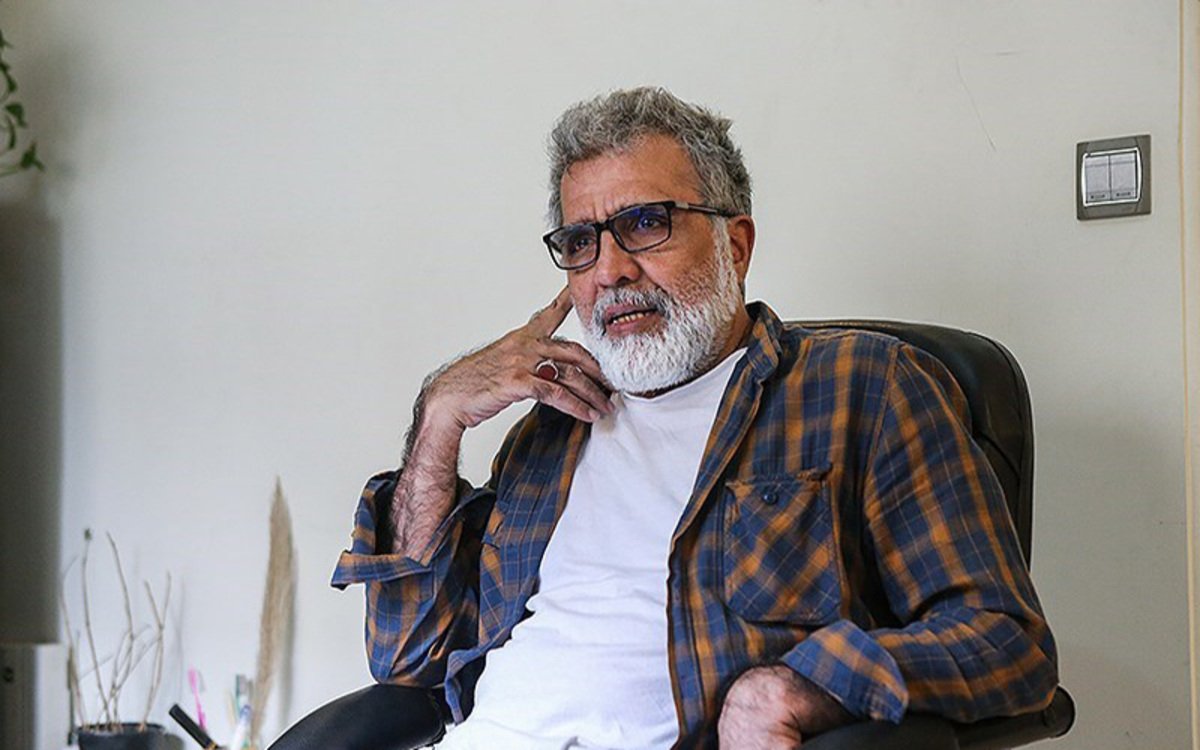 Behrouz Afkhami, who was born on October 24, 1956, is one of the best Iranian directors.  He’s well-known for his distinctive style, which uses point-of-view camera methods to tell stories of human drama. Additionally, from 2000 to 2004, he served as a member of the Iranian Parliament.  Behrouz Afkhami has taught scriptwriting, directing, and editing to students both privately and at colleges since 1989. Afkhami immigrated to Canada with his wife after directing St. Petersburg’s film in 2009, where their only child, Ahil, was born. 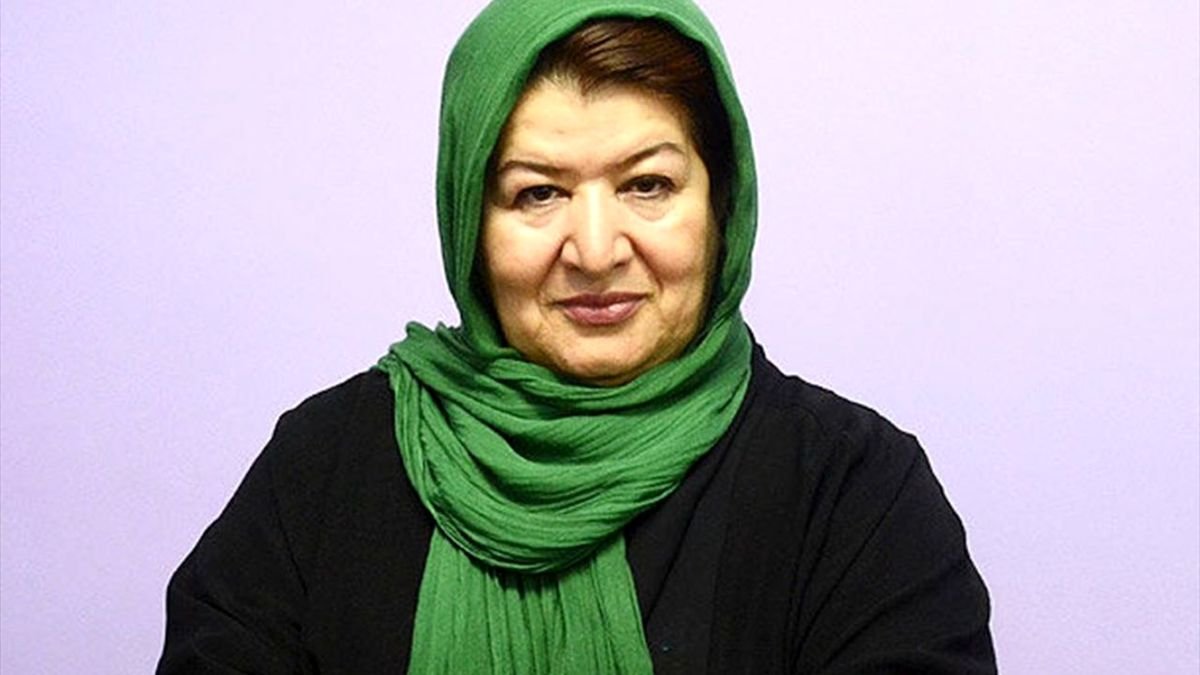 Pouran Derakhshandeh, who was born on March 27, 1951, in Kermanshah, Iran, is one of the best Iranian directors.

She built a prosperous professional career for herself, beginning with documentary films for Kermanshah Television and afterward for Tehran Television.  Passing Through the Dust (1988), Lost Time (1989), A Love Without Frontier (1998), Candle in the Wind (2003), Wet Dream (2005), Eternal Children (2006), and Hush! Girls Don’t Scream (2013) are among her best movies. “The Wheels Whirl” was a film that Derakhshandeh made in 1979-1980; in this series, she investigates economics and social depression as closed factories such as Iran National.” Shokaran” was a film that dealt with addiction issues; the 17-part documentary examines the problems faced by women, men, and children who are addicted to drugs. Pouran Derakhshandeh won several local and international awards. 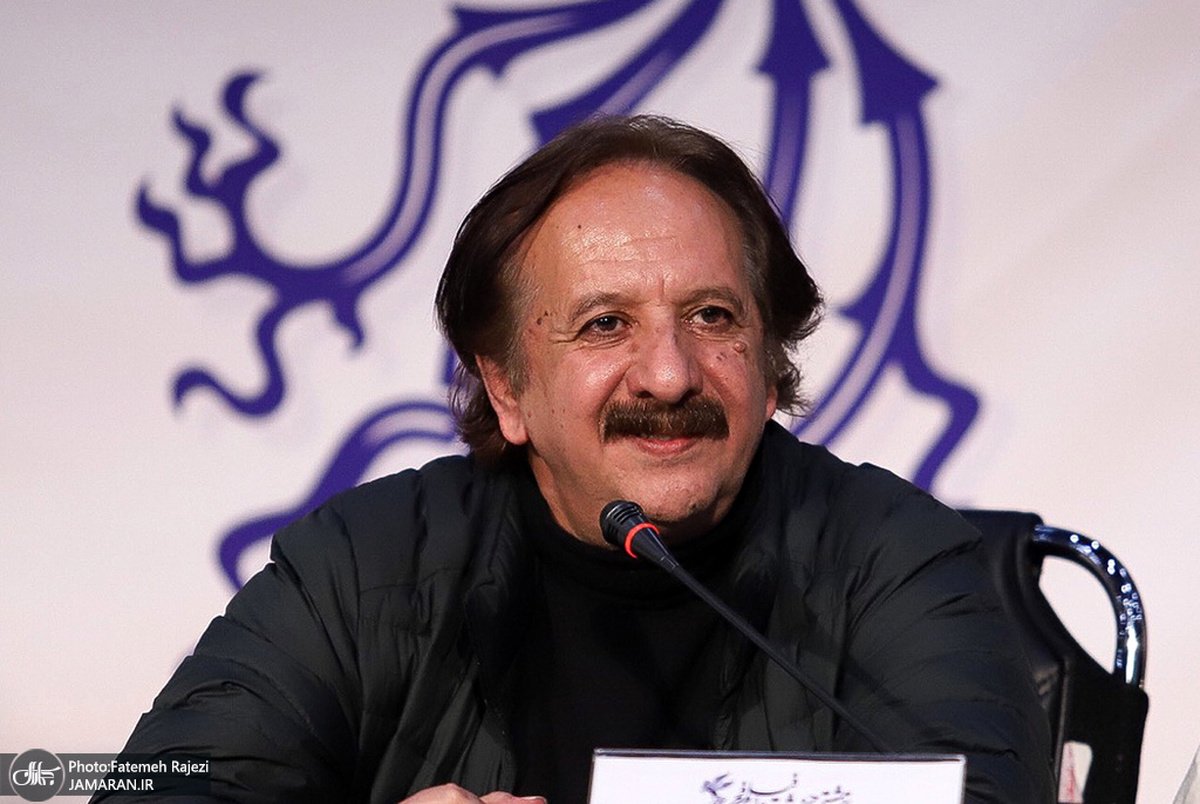 Majid Majidi, who was born on April 17, 1959, in Talesh, Iran, is one of the best Iranian directors. He’s been an active director since 1981till now. Majidi has touched on various issues and genres and has received multiple international prizes; that’s why he’s one of the best Iranian directors ever. Children of Heaven, directed by Majidi in 1998, was nominated for an Academy Award for Best Foreign Language Film and won the Golden Globe Award for Best Director. Children of Heaven is the first Iranian film to be nominated for an Academy Award, yet it was defeated by the Italian film “Life Is Beautiful,” directed by Roberto Benigni.

Since the release of Children of Heaven, Majidi has directed numerous more feature films, including The Color of Paradise in 2000, Baran in 2001, and The Willow Tree in 2005. Barefoot to Herat, an award-winning feature-length documentary, explores life in refugee camps and the city of Herat before, during, and after the anti-Taliban assault of 2001. Majid Majidi was one of five foreign cinema filmmakers chosen by the Beijing government to produce a short documentary film to introduce the city of Beijing in advance of the 2008 Summer Olympics, hosted in the Chinese capital.