Home » Best Iranian Series of All Time
other

What Are the Best Iranian Series of All Time?

Families join together and enjoy an excellent time watching the best Iranian series of all time, as they have done for years. Iranian public has always found watching tv programs to be a pleasurable experience. When the country was fighting an imposed war against Iraq, many Iranian filmmakers did not remain mute and produced serials with a social and family subject that demonstrated their unity with people. The coronavirus epidemic in Iran has encouraged individuals to spend more time at home and devote more spare time to watching television shows. Let’s get familiar with the best Iranian series of all time. 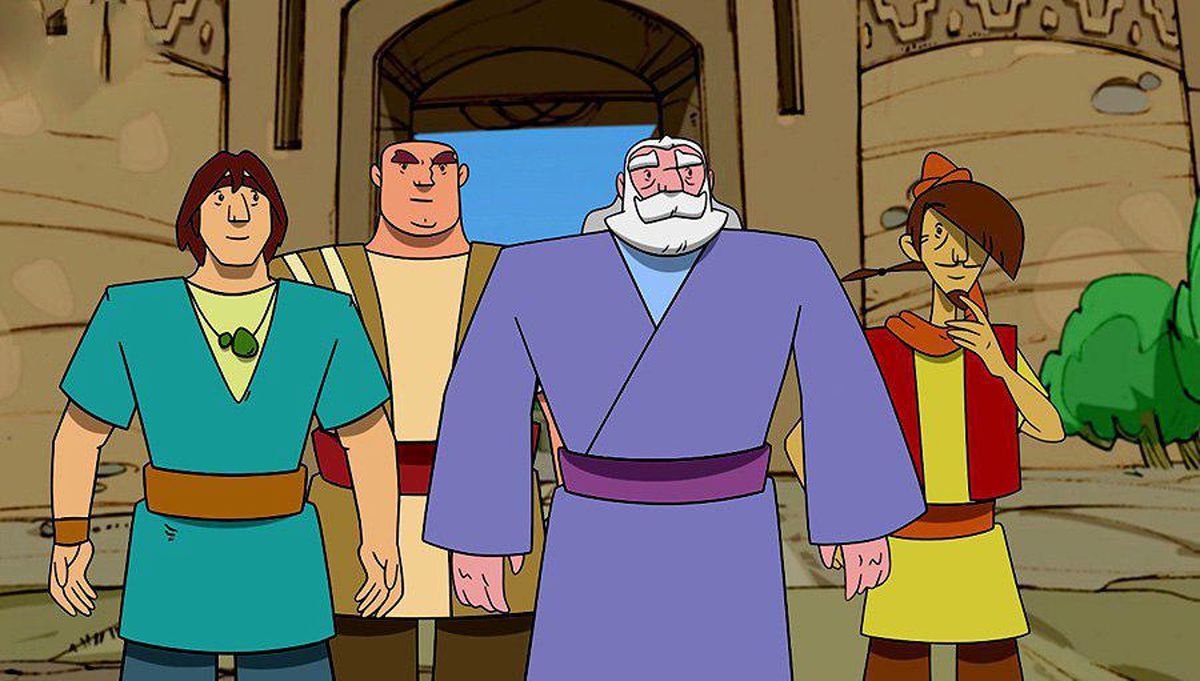 The Heroes is an Iranian animated television series created and directed by Siavash Zarrinabadi and produced by Alireza Golpayegani. It’s also available in Arabic and Turkish dubs. This tv series has already released three seasons and will air its new season in April 2022. Also, the genre of “The Heroes” is historical. Pahlavan Pourya-ye Vali believes that heroism is about not serving the tyrant; holding a position in the dictator ruler’s palace is not heroic conduct. He believes the most precious thing is one’s nature, a valuable thing of all.

Pahlavan Pourya-ye Vali is the master of the city’s Zoorkhaneh; he, with the help of his disciples Pahlavan Yavar, Pahlavan Safi, and Pahlavan Mofrad, battles against the deception of Eskandar Khan, the city’s greedy and ambitious Darughachi. Another interesting aspect of this animation is how it uses phrases from Pahlavan Pourya-ye Vali to make social and moral issues for the audience. The plot of this show takes place in the eighth century AH in the city of Khwarazm, one of the towns of Greater Khorasan. 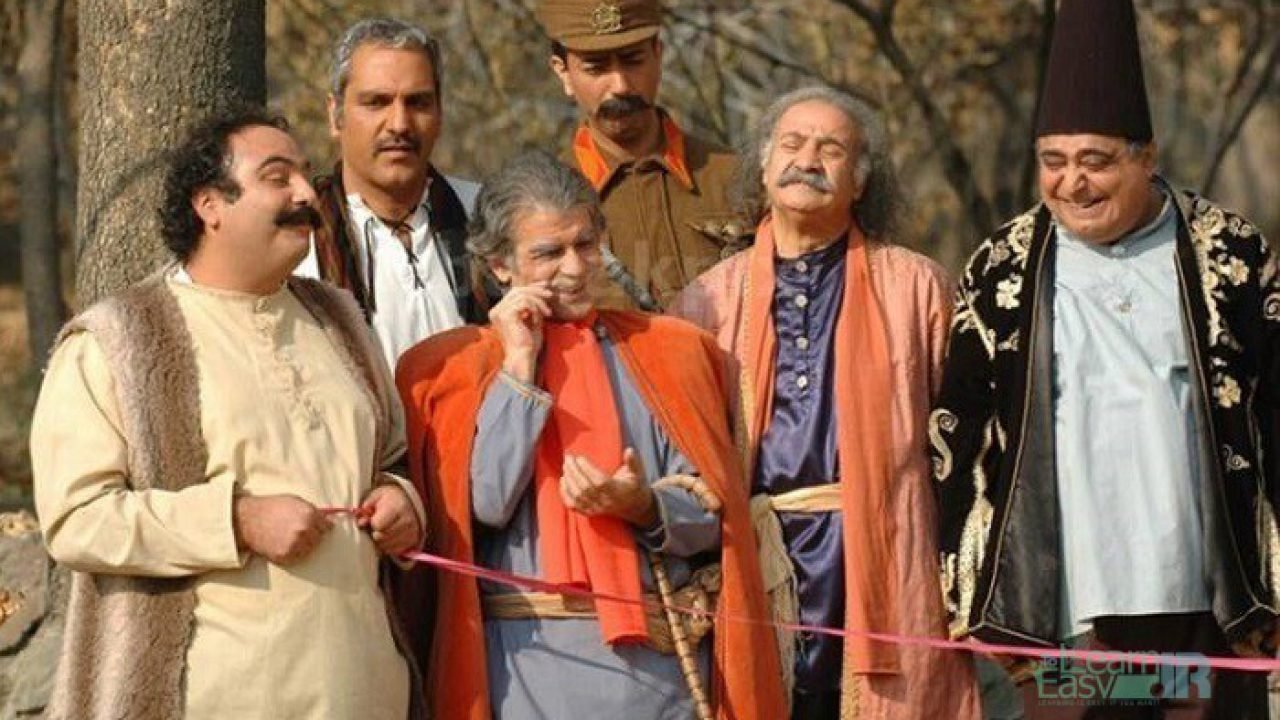 Barareh Nights is a comedy series directed by Mehran Modiri in 2005 and is one of the best Iranian series of all time. The show is in the fictitious Iranian town of Barareh in the 1930s. It’s about a journalist named Kianoosh Estegrar Zade who worked during the reign of Reza Shah Pahlavi, whose portrait is available on set. The village residents speak in their Persian dialect, which is in a hilarious way. In addition to this, the Barareans have several traditions and rituals that are sometimes amusing, such as their manner of eating chickpeas, which involves slapping individual peas from the palm of the hand into the mouth. The town is divided into two halves, Upper Barareh and Lower Barareh, representing the differences between the social classes in modern-day Iran. The program is frequently known as having a political and social message. 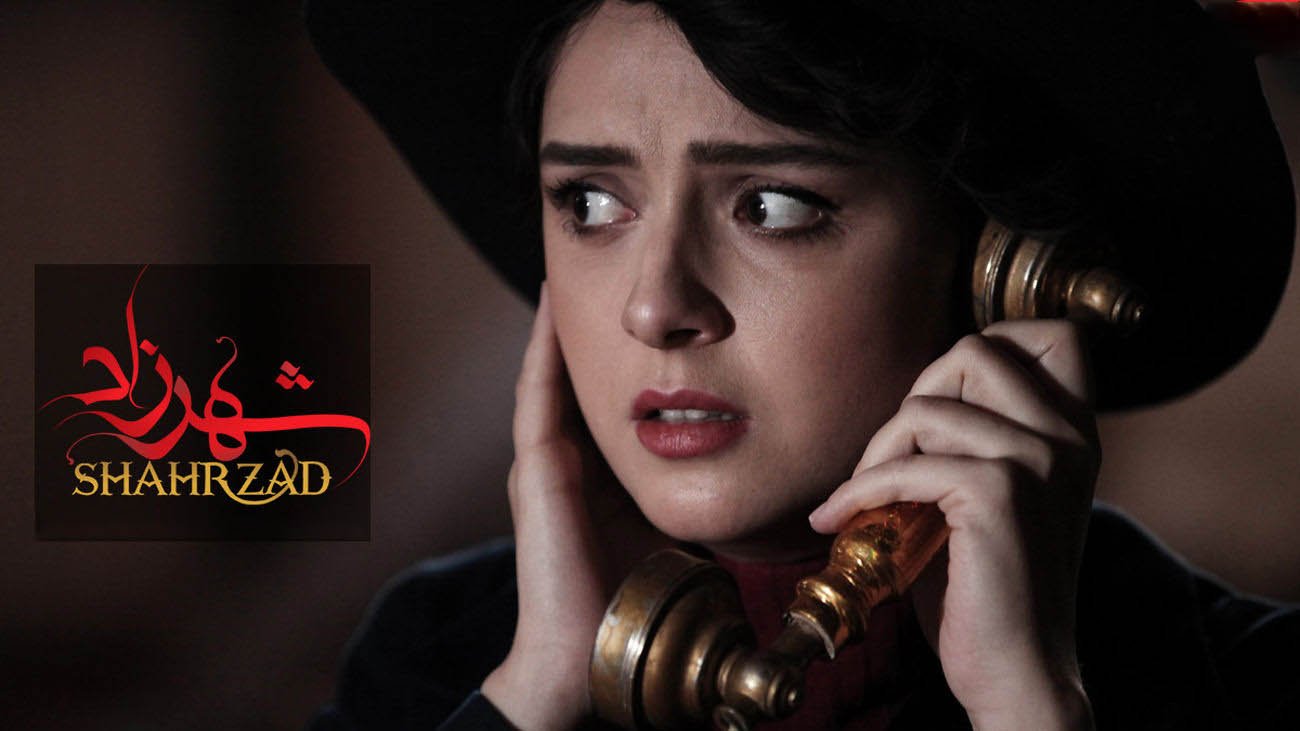 Hassan Fathi wrote and directed this 2014 Iranian romantic and historical drama series. The plot of the show revolves on and immediately after the 1953 Iranian coup d’état. Taraneh Alidoosti, Parinaz Izadyar, Shahab Hosseini, and Mostafa Zamani are the series’ main characters, and they appear in each of the three seasons. Shahrzad is widely popular and is for sure one of the best Iranian series of all time.

Iranian businessman Bozorg Agha is the leader of a mighty mafia organization that played a significant part in the coup d’état against Dr. Mohammad Mossadegh’s government on August 18, 1953. Farhad gets arrested and subsequently condemned to death. With the help of his connections among the coup leaders, Bozorg Agha can rescue Farhad on the condition that Shahrzad agrees to cancel her engagement to him and marry Ghobad, the nephew of Bozorg Agha. Ghobad is already married to Shirin, the infertile daughter of Bozorg Agha, who is not pleased with her husband’s increasing affection for his second wife. 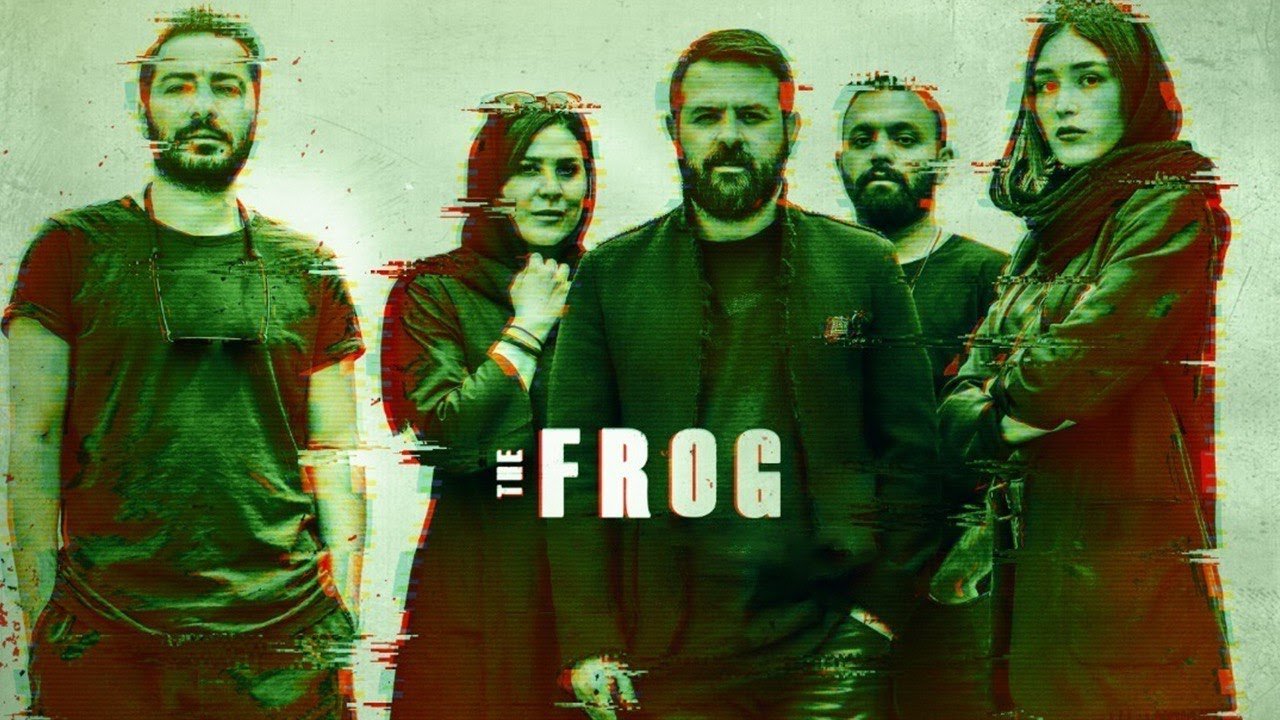 “The Frog” is a 2020 tv series directed by Houman Seyyedi. The Frog, in Persian as Ghoorbaagheh, is an Iranian crime and mystery television series that Houman Seyyedi wrote and directed. The series premiered in Iran in 2020–2021. It’s one of the best Iranian series of all time and is widely famous among most Iranian film industry lovers.

In this film, three friends called Ramin (Saber Abr), Farid (Ashkan Hassanpour), and Javad (Shahrooz Del Afkar), steal the gun of a wounded police officer, rob Noori (Navid Mohammadzadeh), Ramin’s school classmate who has grown up to be a wealthy and sophisticated man; this alters the course of their lives forever.

There are so many fascinating old Iranian tv series that we should put them in our list of the best Iranian series of all time; we provided three of them below. 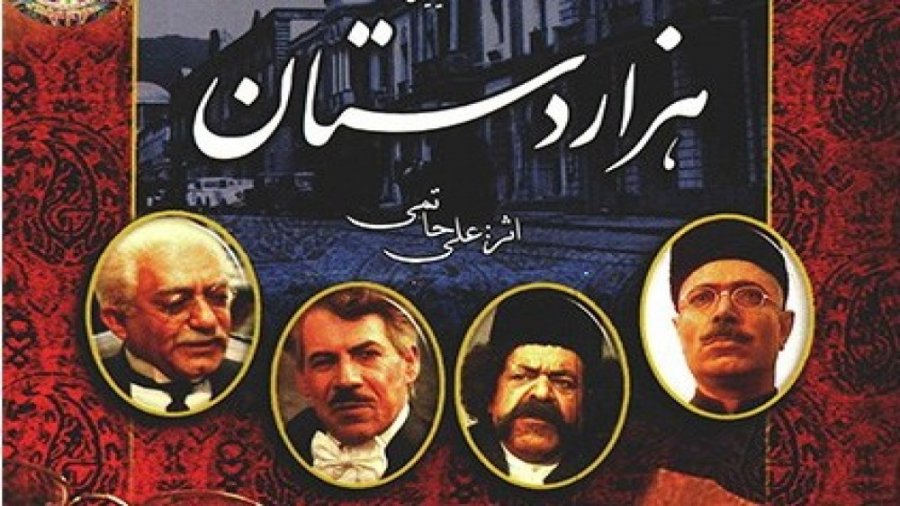 Hezar Dastan is an Iranian epic historical drama television series that premiered in 1987, and Ali Hatami directed and produced it. It was widely popular and highly praised at the time. Hezar Dastan is widely famous as one of the most significant and influential works of art in the history of Iranian television broadcasting and is one of the best Iranian series of all time. The program’s plot, characters, acting, atmosphere, and music were all highly praised by reviewers and other filmmakers at the time.

Throughout the story, there are two separate timelines. The events of World War II and the Anglo-Soviet invasion of Iran serve as the backdrop for most of the plot. However, flashbacks to the closing days of the Qajar monarchy provide a significant amount of background information. 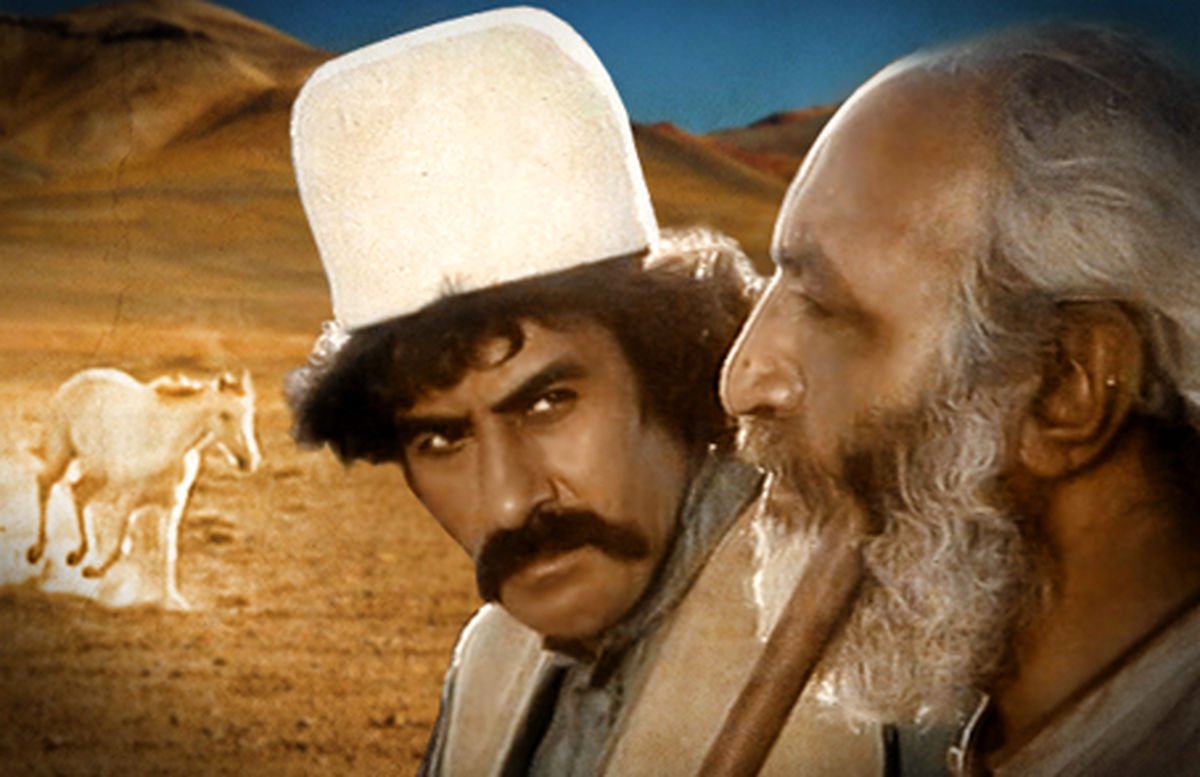 Amrollah Ahmadjou directed “Roozi Roozegari” in 1991-92 and is known as one of the best Iranian series of all time. It’s the story of a famous robber named Moradbeg; During a struggle with another bandit, Moradbeg is hurt and almost dies, but is spared from death by a rural family, and it is during his time with them that significant changes occur in his life. Throughout the story, he gradually transforms into a decent human being. Roozi Roozegarani is, in fact, the narrative of the pursuit of human perfection. Amrullah Ahmadjou, who has personally experienced this way of living, has created scenarios and movements that seem pretty real. 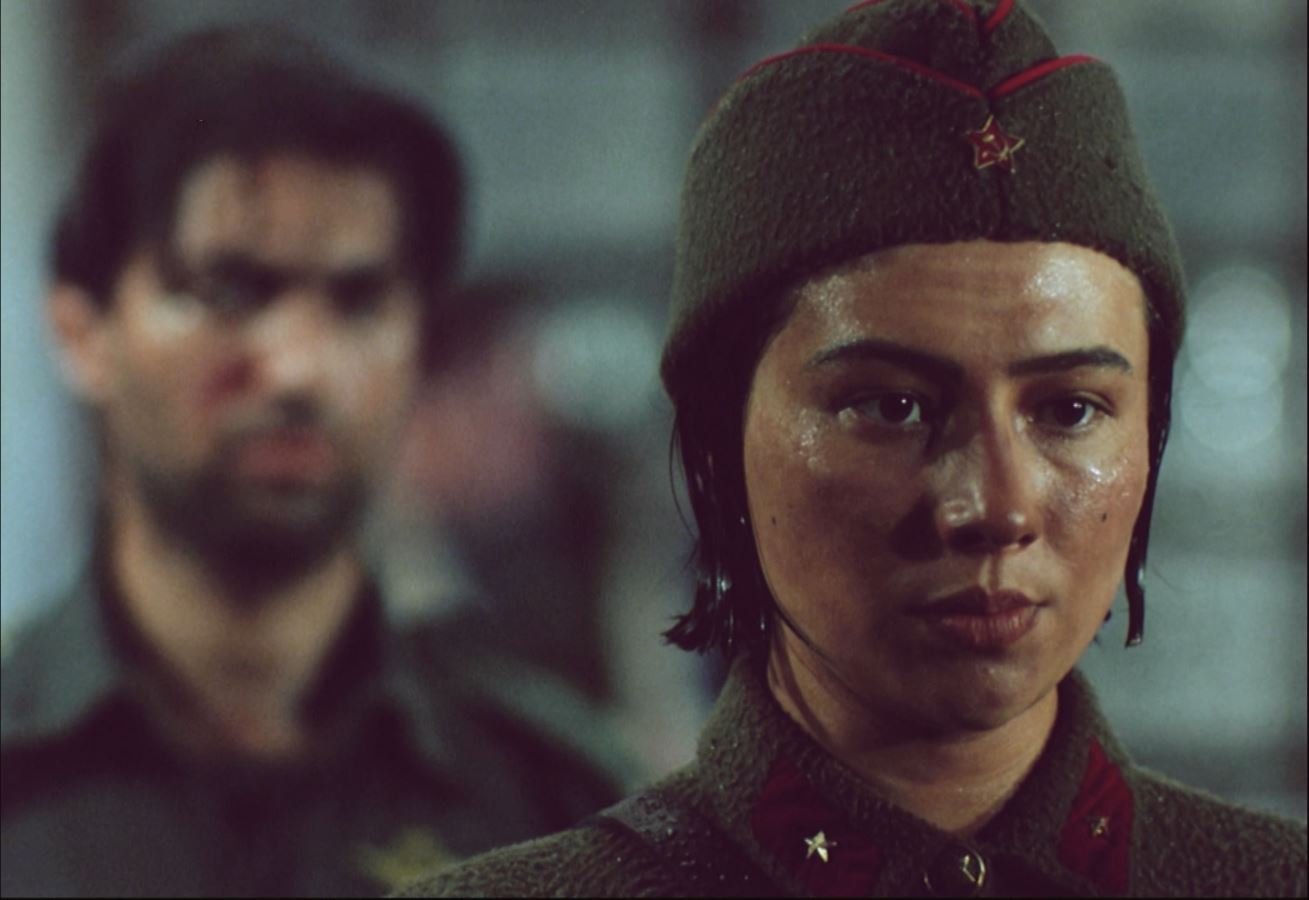 In the Eye of the Wind or Dar Chesh-e Baad is a Historical drama television series directed by Masoud Jafari Jozani and is among the best Iranian series of all time. It tells the chronicle of Iranian history over a 60-year span, beginning with the Jungle Movement and progressing through the Iranian Revolution and the Iran–Iraq War. In the Eye of the Wind is a historical tv series that takes place between the revolutionary movement begun by Iran’s national hero Mirza Kuchik Khan in the early twentieth century and the liberation of Khoramshahr during the eight-year war between Iran and Iraq in the 1980s. The story is in Iran, and its timeline is in the early twentieth century. One family’s struggles, triumphs, and also their love, and connections serve as the show’s framework. 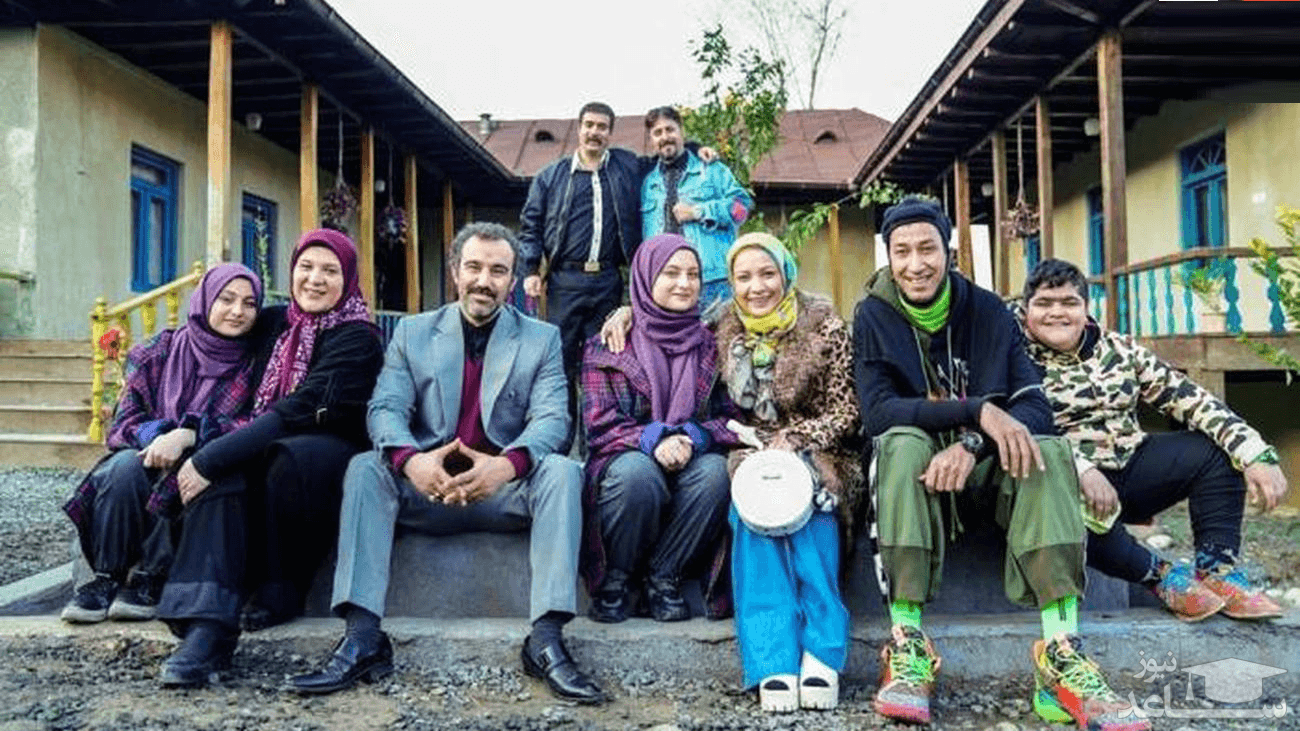 Paaytakht or Capital is among the best Iranian series of all time that depicts the lives of a Mazandarani family in the village of Aliabad. (Mazandaran is a northern province in Iran.) It aired 98 episodes spanning six seasons within nine years (2011–2020). Paaytakht usually premiered at each Nowruz, the Persian New Year, except for Paytakht 4, which premiered during the Ramazan of 2015. Siroos Moghaddam is this series’ director, while Mohsen Tanabandeh is the show’s author and star.

The story begins with the migration of the Naghi Mamouli family to Tehran. When they arrive, they discover the home’s former owner has died in bed. Since his death has resulted in legal complications for the family, they had to live in their cousin Arastou’s vehicle. During their stay in the truck, the Mamouli family encounters weird and perplexing circumstances. The family decides that Tehran is not the right place for them and returns to Aliabad village. 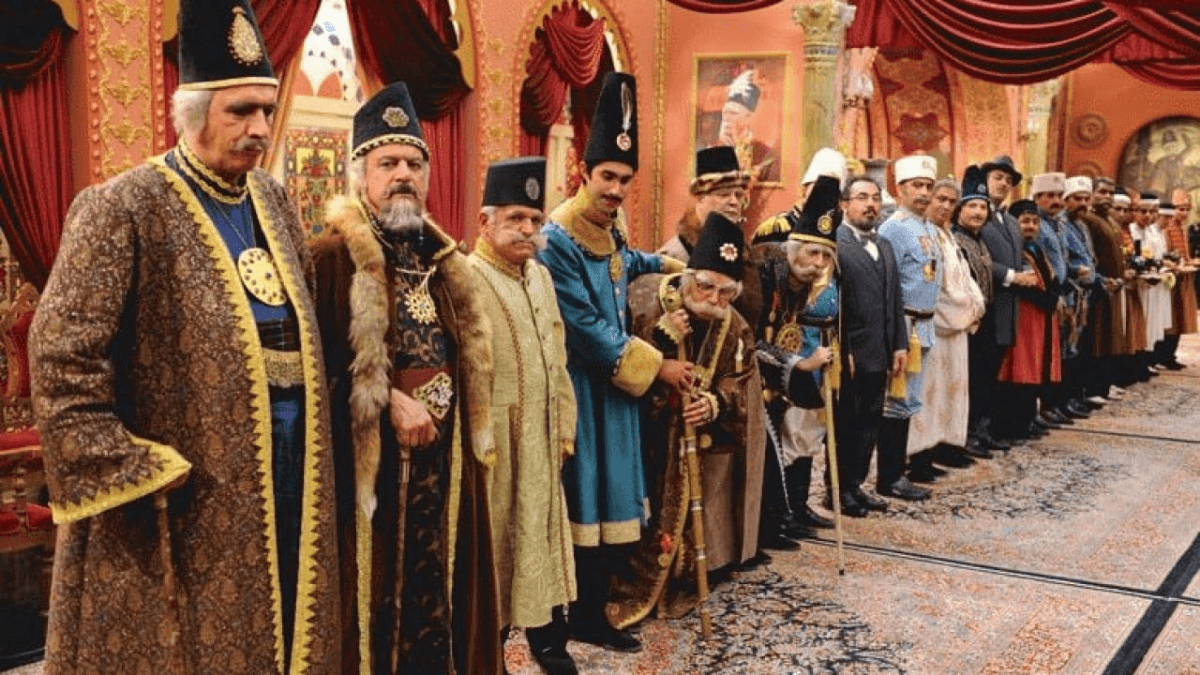 Mehran Modiri directed this tv series which was a historical comedy television series. They used to issue three episodes at a time (approximately every week) on three VCDs or one DVD. They released the first episode on September 13, 2010.

Once Upon a Time in Iran (روزی روزگاری در ایران) 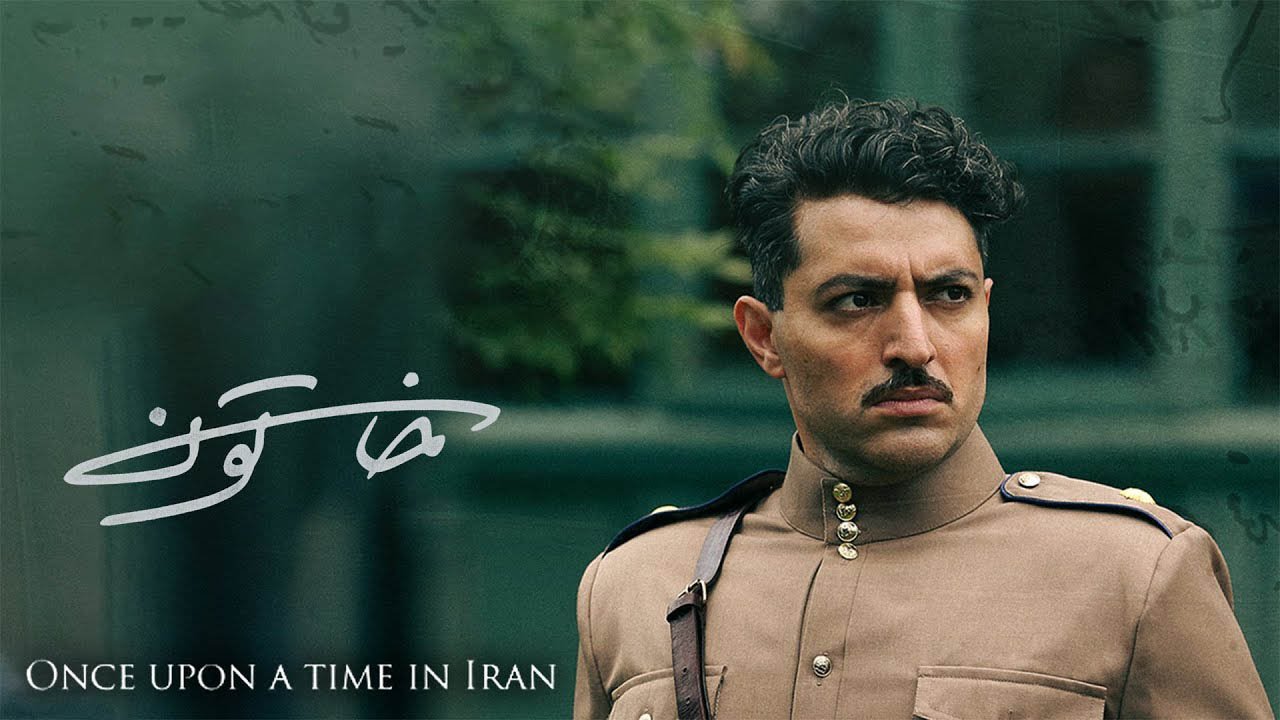 “Once upon a time in Iran” is one of the best Iranian series of all time. Tina Pakravan directed and wrote this historical romance Iranian streaming television series. On August 9, 2021, Namava premiered the first episode of this series. In the series, Negar Javaherian, Ashkan Khatibi, Mir Saeed Molavian, and Babak Hamidian act. The story revolves around an Iranian Army family residing in northern Iran whose lives were turned upside down by the Anglo-Soviet invasion of Iran in 1941.