Home »  8 Expressions of Death Condolences in Farsi
other

If you’ve lost one of your relatives or friends in Iran while you’re searching for how to give condolence messages to their family, don’t worry because, in this article, we provided death condolences in Farsi. Regardless of culture, a funeral is a very significant ritual. For this reason, you should make sure that you understand the traditions of anyone whose funeral you might attend one day.

In Iran, if a person loses a family member, they expect others to give them condolences and be beside them for some time in mourning; being for them at the funeral is meant so much for them; that’s why you should know about death condolences in Farsi. Remember that every family is different and that individuals may choose to change funeral traditions for a variety of reasons. Still, understanding what to anticipate can help you prepare for any traditional Persian funeral that you may attend in the future.

How to Give Death Condolences in Farsi?

For the majority, Persians today refer to themselves as Iranians, and most are Muslims. Thus, most Persian funerals are formally Muslim ceremonies, equipped with a service order, rituals, and cuisine appropriate for a Muslim funeral ceremony. Iranians talk Persian; that’s why you should give death condolences in Farsi. In the following, first, we provided some expressions regarding death condolences in Farsi you can use, and then we explained some rituals of death ceremonies in Iran. Therefore, what do you say to someone who has just experienced the loss of a loved one?

You can also say “Tasliat arz mikonam” which is actually a formal way of saying: My condolences.

English Translation: I am sincerely sorry

When you want to show you’re sincerely sorry and you can feel the sadness from the depth of your heart, you can say “Az Samime Ghalb Moteasefam.”

English Translation: I hope this is the last time you suffer from losing a loved one.

The next death condolences in Farsi we provided is “Ghame Akharet Basheh,” by which you wish for the person in sorrow not to suffer the death of another loved one.

English Translation: It means, please accept my offer to be your companion at this difficult moment. It also means you’re not alone in pain you are going through now.

The next death condolences in Farsi is “Man ra dar Ghamat Sharik bedan,” and it allows you to express your sympathy by stating that you would not leave their side when they are going through a tough period.

“Khoda Beheton Sabr Bedeh” is among those death condolences in Farsi that you can use while wishing patience for the person who has been affected by a tragedy to bear it through.

Iranians use some death condolences in Farsi whenever they are talking about a dead loved one, such as “Khoda Biyamorzash.”

When Iranians talk about a dead person, it’s customary to say death condolences in Farsi such as “Rohash Shad” or “Khoda Biyamorzash.”

Iranians use the phrase “Nor be Ghabresh Bebareh” to refer to dead individuals who were decent persons and remembered for their good actions.

In the following, we provided some traditions about the funeral ceremony in Iran.

When it comes to traditional Iranian or Persian funerals, the scheduling is usually rather strict and formal. A person will wash the deceased’s body with water and soap before putting their hands in a prayer posture and covering the whole corpse in a white burial cloth before the funeral service itself takes place. This task is generally performed by a close family member who shares the same gender as the deceased.

White fabric is significant in terms of its symbolism. Iranian Muslims believe that since we are brought into the world nude, it’s acceptable that we should be naked when we depart the world, with just a white cloth covering our body. While this is still true, the practice of bathing one’s body has changed a little bit over history. It used to be customary to wash the dead’s body in public before burying. Nowadays, cleaning a body in a private setting is increasingly regular. Nonetheless, close relatives might often be present in the room.

In most cases, mourners will carry a small size Quran. Having Quran enables people to follow the funeral readings and prayers that the Imam (Mullah) recites throughout the funeral service. Most of the time, the corpse and all of the mourners will face Mecca during the ritual, and the attendees will stand in three (or more) lines, with adult males in front, children behind them, and women at the end! It’s customary at Persian funerals for mourners to make remarks before the funeral service begins. Most of the time, if somebody does give a speech, it will be brief. After the funeral, a gathering of friends and family members is more likely to have longer remarks and speeches. Moreover, during the burial of a loved one, a mosque leader may often speak in their place rather than family members speaking on their own behalf. 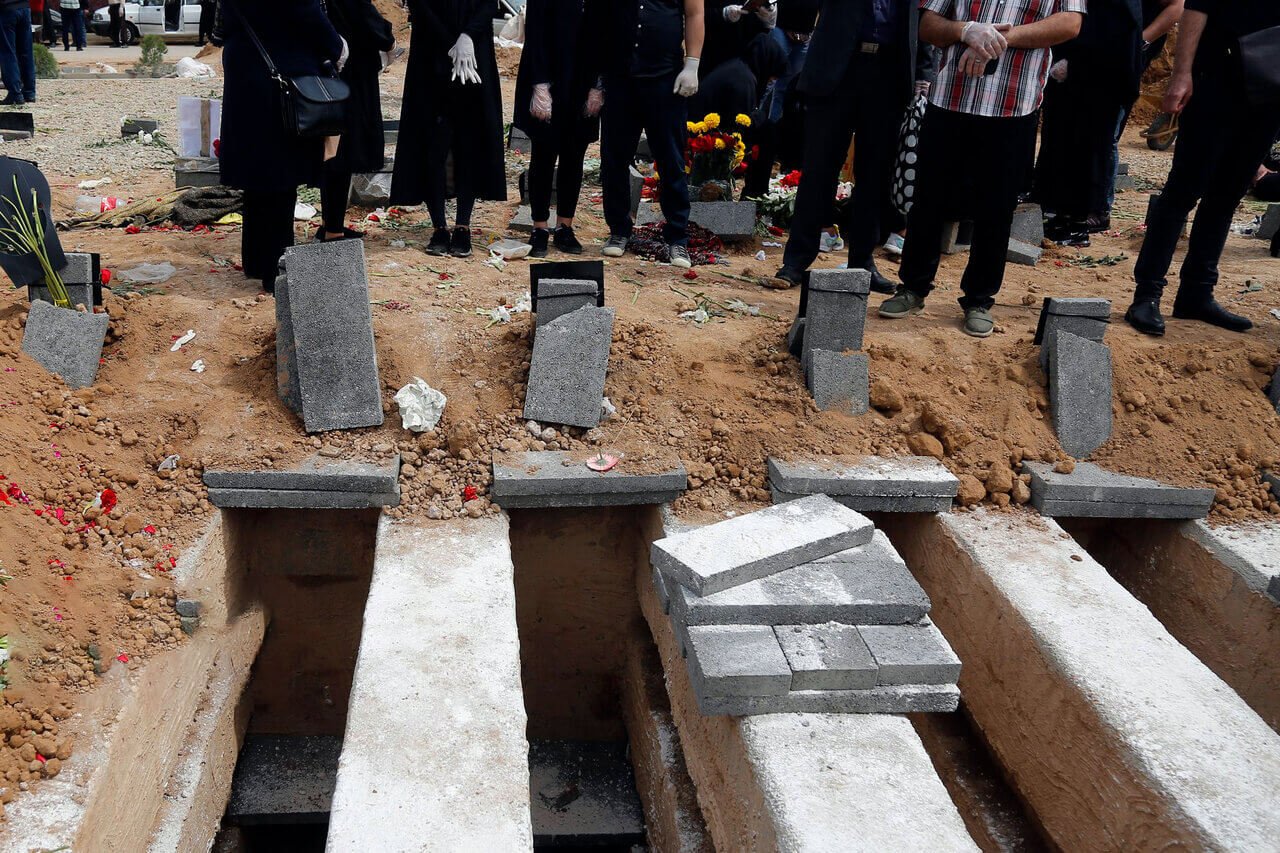 Muslim Iranians make every effort to bury a deceased person’s corpse within 24 hours after their death, if at all possible. They transport the corpse of the deceased to the burial place. Muslims don’t bury the corpse in the coffin, and some adhere to the tradition of each mourner tossing in three handfuls of soil into the grave while burying the corpse. At the funeral, a mullah would typically conduct a reading of prayers. 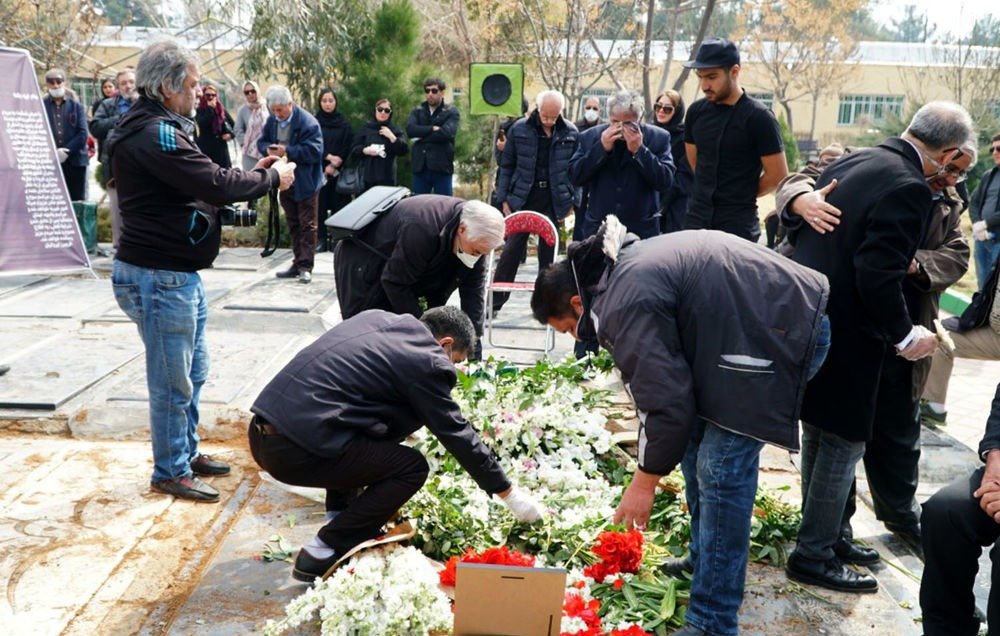 When attending a Persian funeral, mourners may remain at the mosque to finish their prayers after the burial. Families could also host a lunch or dinner at the mosque or a local restaurant; however, they may choose not to do so if they’re financially unable to do so.

What Should You Wear? 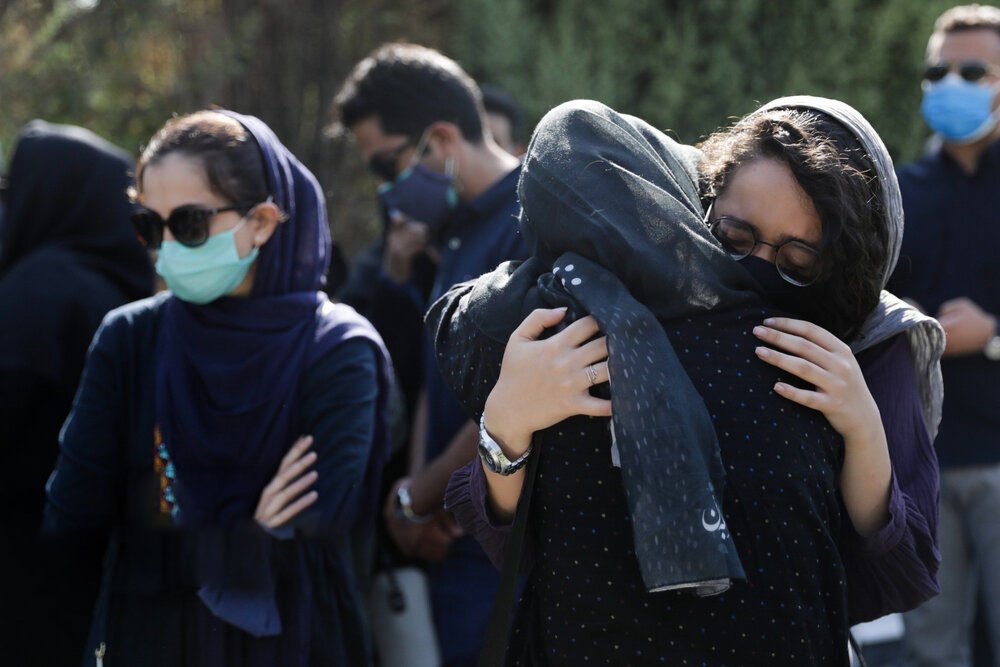 At a Persian funeral, mourners wear black dresses. In Persian culture, this is the symbol of mourning that is traditionally famous. Having said that, if you’re planning to attend a Persian funeral shortly, you may wish to inquire with the loved ones of the dead person about any special outfits they propose. Since Persian funerals are held so soon after a person’s passing, if you’re not ready with the appropriate clothes in advance, you may not have the opportunity to go out and buy them on the day of the funeral.

In general, you should dress modestly. Men are more likely to dress in pants and a simple black shirt. Women often dress in a headscarf, a blouse with long sleeves and a high neck, and a skirt at least ankle-length to cover their bodies. Make sure that your socks are clean as well! Most Persian funerals require mourners to remove their shoes before entering the mosque. It seems it’s an easy detail to do, but it’s a significant one; also, don’t forget to learn the death condolences in Farsi.

Once the funeral has finished, it’s usual to accept a mourner’s invitation to their house and spend the rest of the day with them. This invitation is also an excellent time to express your condolences in Farsi to the family of the deceased. While offering death condolences in Farsi, don’t forget to include flowers. When attending a Persian funeral, it’s best for mourners to bring white flowers or arrange for them to be brought to the house of a dead person’s loved ones after the funeral.

In Iran, most of the population identifies as Muslim, with 99.4 percent of the population identifying as Muslim. Shia Muslim is the most frequent kind of Muslim nowadays. Muslims don’t believe in cremation, and they bury the corpse as quickly as possible. In this article, we gathered eight expressions of death condolences in Farsi that you can say to the dead’s family.