Elnaz Habibi (Persian:الناز حبیبی) is one of the sweetest and prettiest Iranian actresses born on August 12, 1988, in Tehran, Iran.  After graduating from high school, she studied art for higher education, earning a bachelor’s degree in directing. Habibi rose to fame as a result of her role in the television series “Dardesarhaye Azim,” directed by Borzou Niknejad. 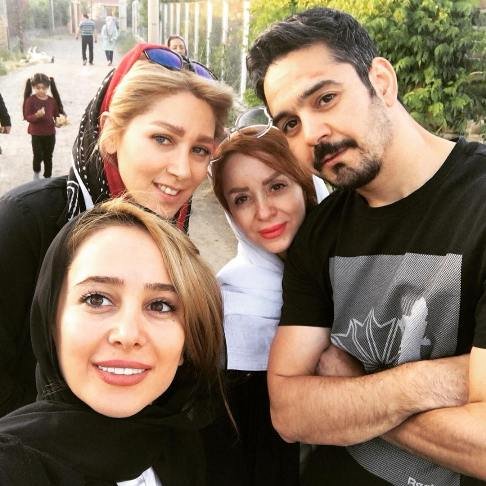 She grew up in a family with five sisters and a brother and is the last child of the family. All family members have now immigrated from Iran and are living in Sweden. Elnaz Habibi loves her parents and feels that if it weren’t for their support, she wouldn’t have achieved the level of accomplishment she has today. Her father appreciates all forms of art and has always encouraged Elnaz to pursue a career in the arts. He never left Elnaz alone, in her good or bad days. She feels that her family has been the most important source of encouragement for her on her journey to success. 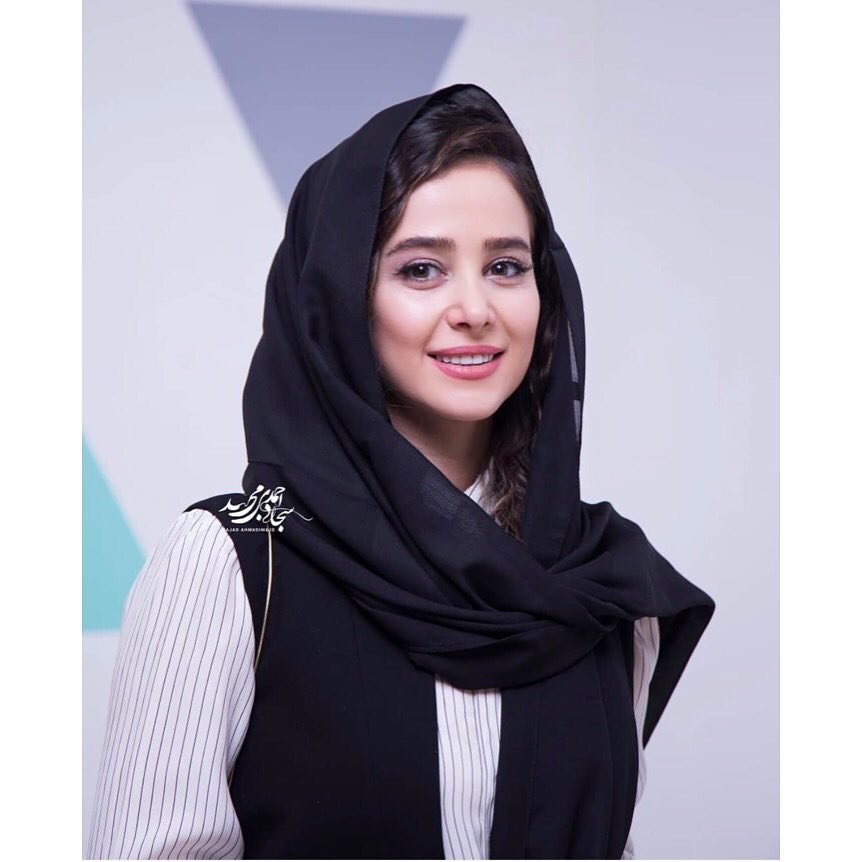 Early in her life, Elnaz realized she had a natural gift for acting. When she was nine years old, her parents enrolled her at the Institute for the Intellectual Development of Children, where children may discover and develop their artistic abilities. At the same age, one of her relatives suggested she audition for the film “Daftarche Khaterat,” which translates as “Notebook,” where the director was looking for a lovely and sweet child actress. 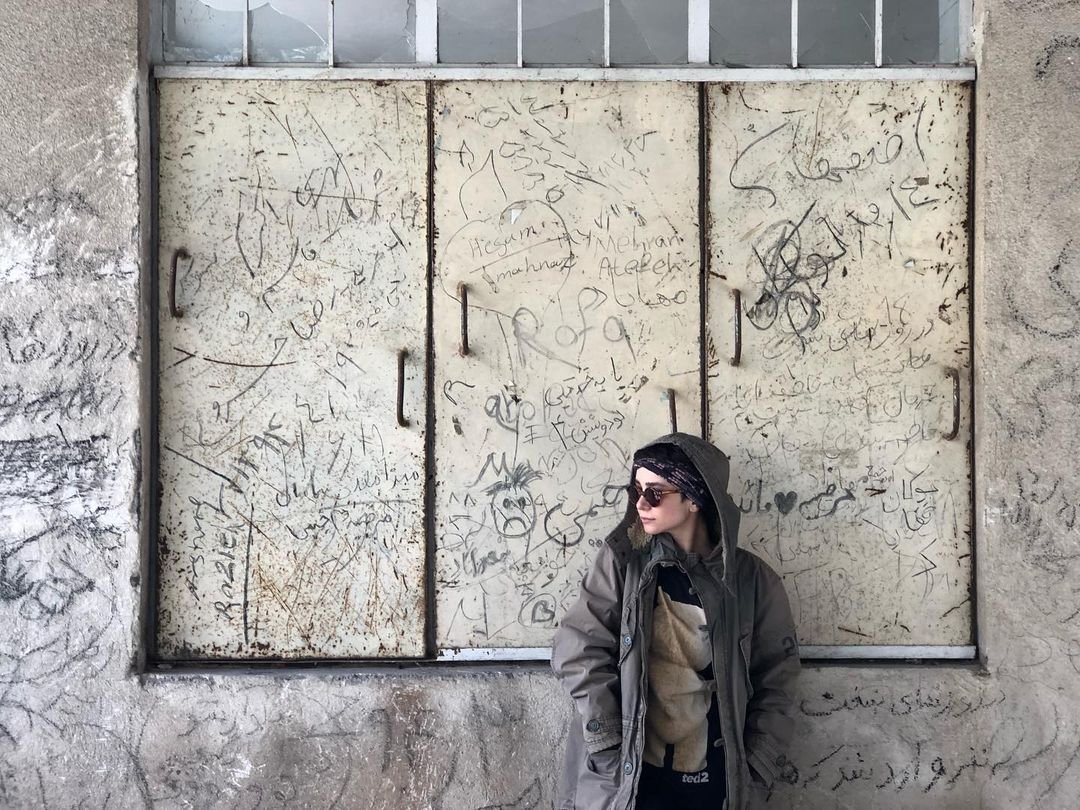 Although Elnaz Habibi began her professional career when she was nine, she has only been working in the film industry professionally since 2006, when she was eighteen years old. “Salhaye Barf Va Banafshe,” directed by Saeed Soltani, was the first film she gained widespread recognition. In this movie, she gained her first experience acting with superstars such as Sam Derakhshani, Laleh Eskandari, and Shabnam Gholikhani. The story revolves around a young guy named Ali who returns to Iran after graduating from a college in Europe and encounters certain obstacles just before the Islamic revolution.

On the Path of Success 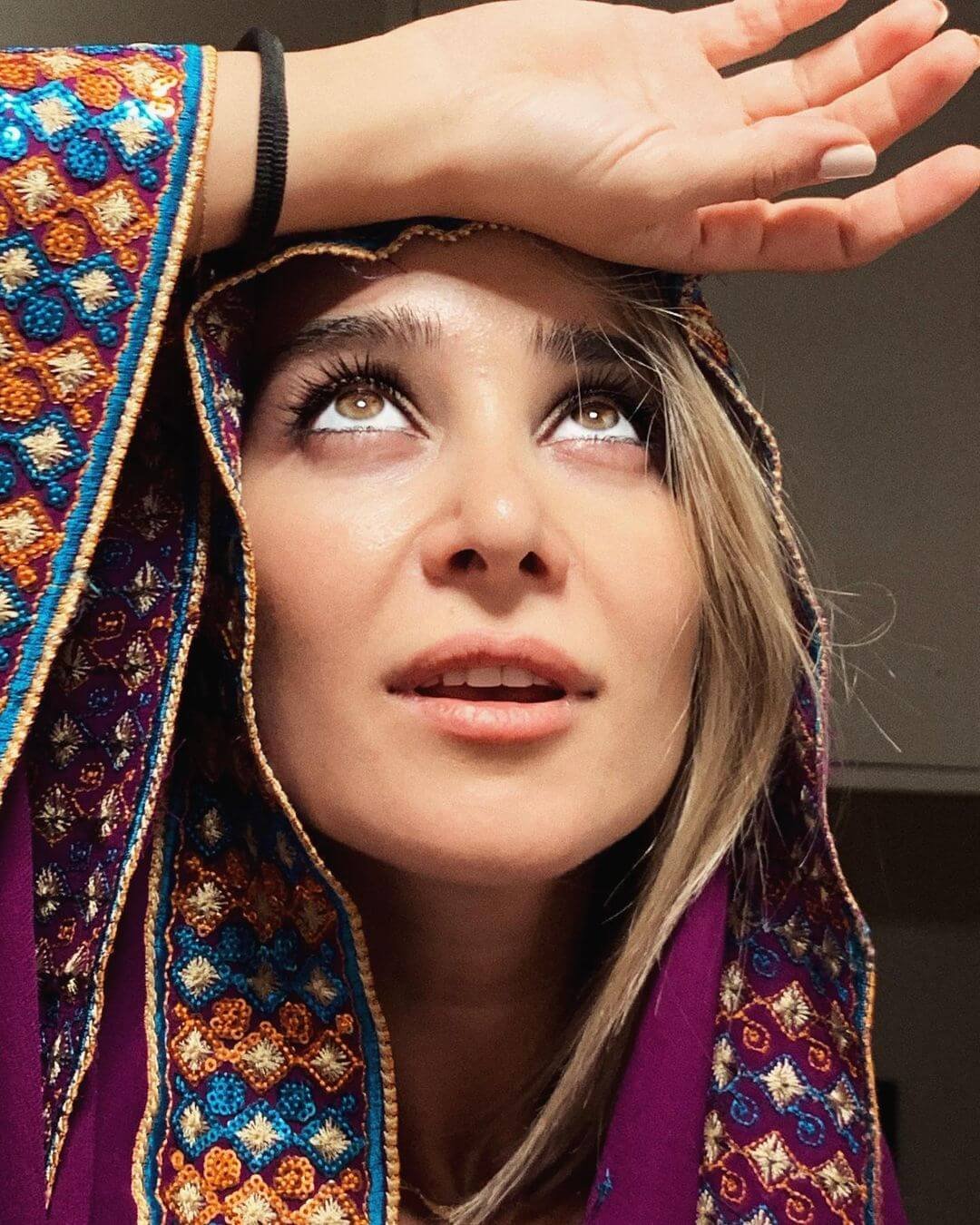 A year later, in 2007, Elnaz appeared as Zahra in the Kianoush Ayari-directed film “Roozegar-e Gharib.” Her performance in this film helped her get greater attention. The film “Roozegar-e Gharib” was her second experience working with well-known celebrities, and she enjoyed it much. The film tells the story of Dr. Gharib’s life, beginning with his childhood and ending with his death. It also includes historical events that occurred in Iran between 1905 and 1975, including the coup of Reza Shah, the famine in Tehran during World War II, and the presence of the Allies in Iran throughout this period.

Elnaz Habibi and Emilia Clarke are very similar to each other, the photo of these two actors together became trendy in the world media. 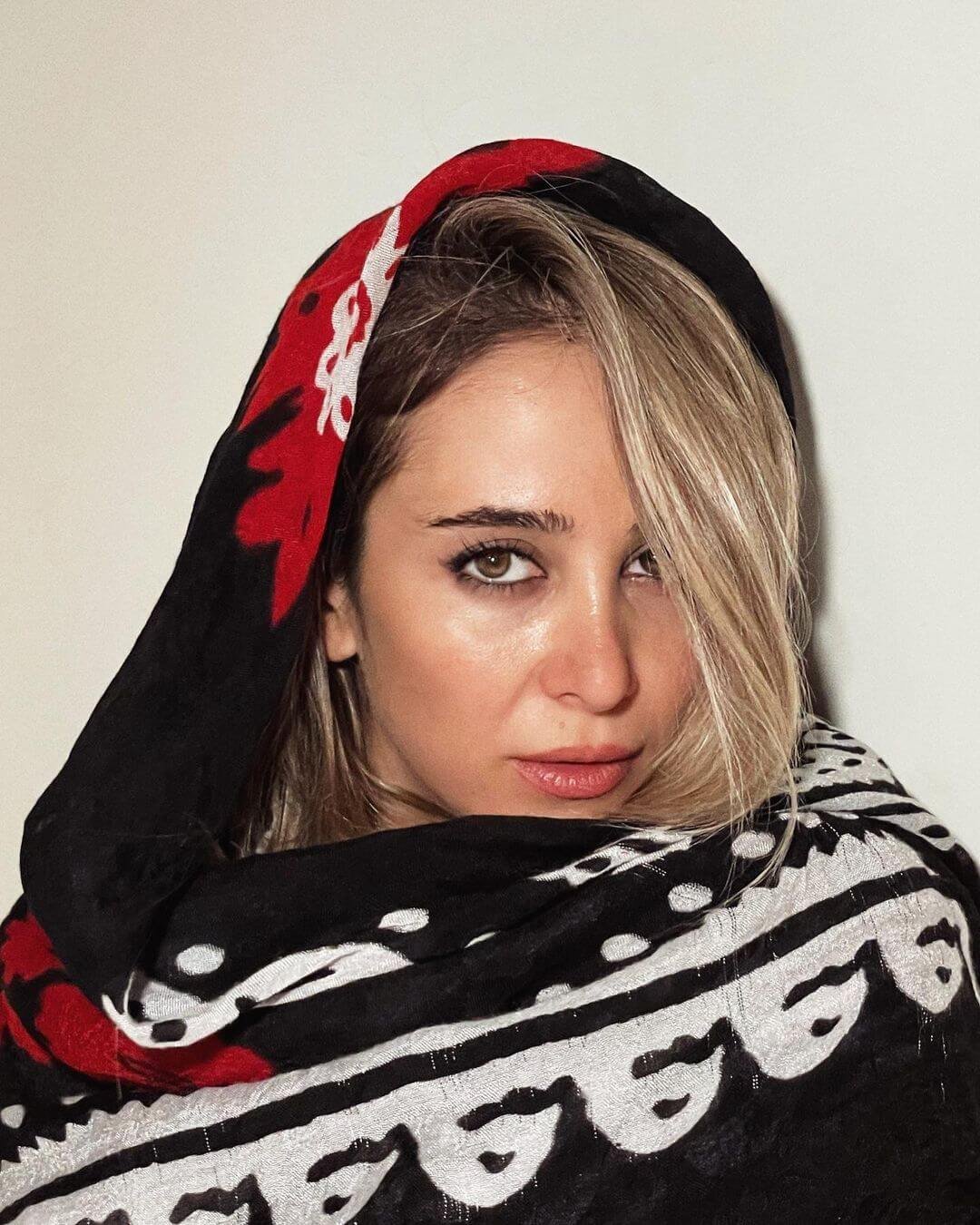 In 2010, Elnaz acted as Saba in the television series “Faseleha,” directed by Hossein Soheili Zadeh. Elnaz acted with superstars such as Bahareh Afshari, Shahrokh Estakhri, and Danial Hakimi. After appearing in this film, Elnaz Habibi became much more well-known in Iran, thanks to the popularity of the television program “Faseleha,” which attracted widespread attention to her and the other performers on the show. The show is about the generational difference that exists between a father and his son and the difficulties that both of them experience as a result of this problem. The father is a religious man, while the son is more modern and has a relationship with a young girl. 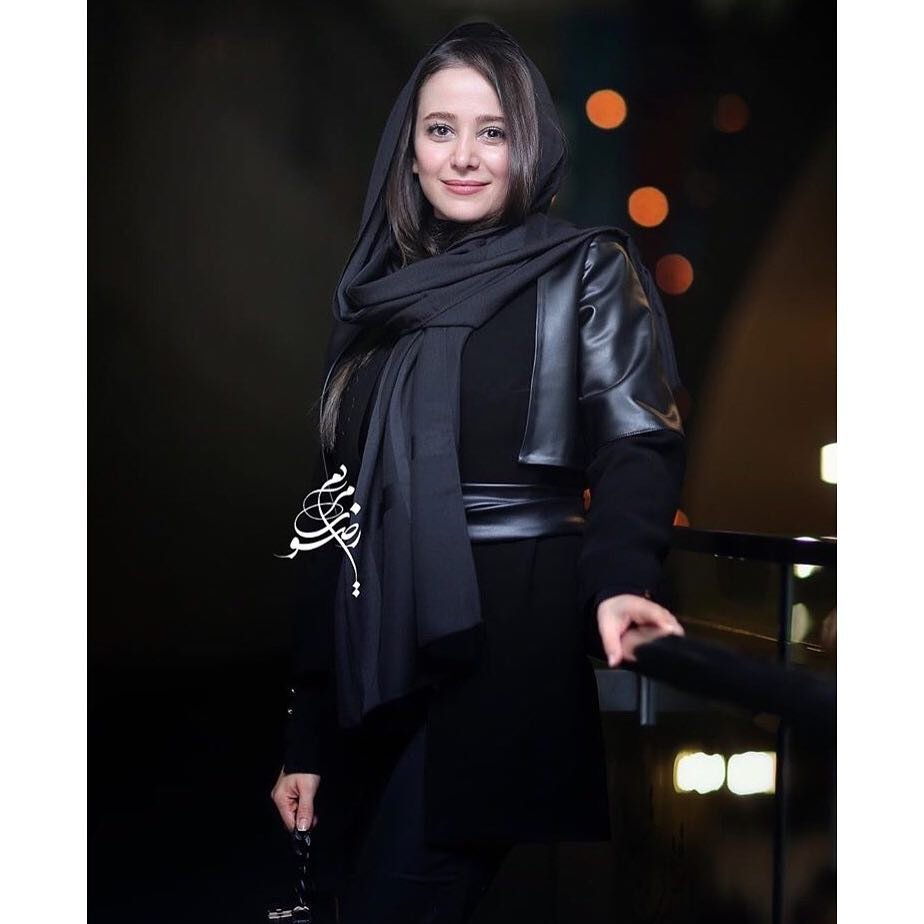 Elnaz Habibi’s greatest success came in the year 2014. In the film “Dardesarhaye Azim,” directed by Borzou Niknejad, she played the role of Bahar. She shared the screen alongside performers like Javad Ezzati, Mehran Rajabi, and Amir Ghafarmanesh, all well-known in Iranian cinema. “Dardesarhaye Azim” was a famous television series that most Iranians watched in 2014; that’s how Habibi became well-known. The plot revolves around Latif (Javed Ezzati), a young guy who accidentally becomes involved in a strange story that causes plenty of problems and ultimately affects his life path. Bahar (Habibi) is a lovely young girl that many men are interested in marrying, but she’s determined not to get married. Consequently, to get rid of those guys and the pressure from her mother, she asks Latif to propose a fake marriage to her. 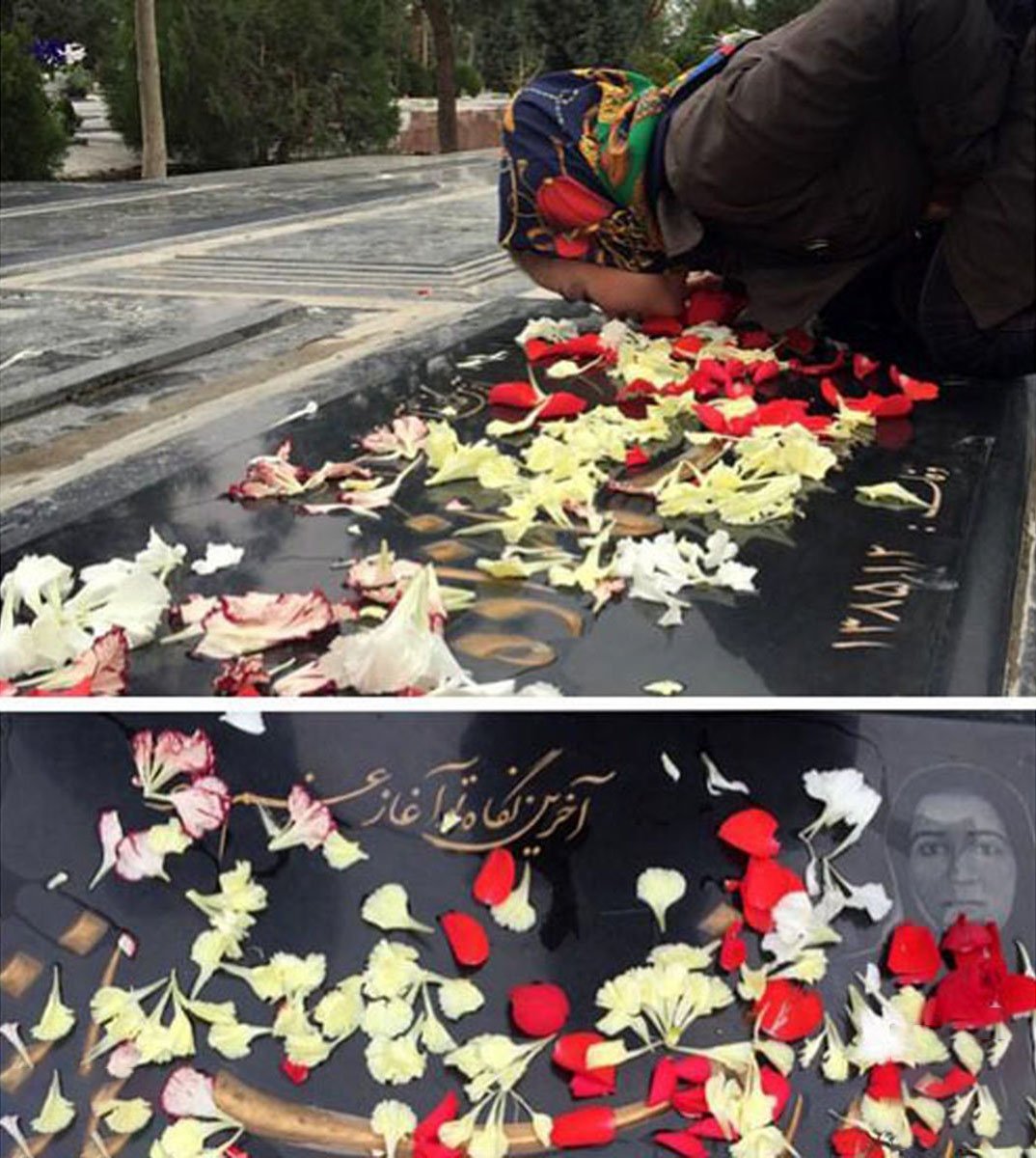 When she was in high school, she suffered her mother’s death, which resulted in her experiencing constant melancholy. In an interview, she said that she had stopped studying, attending any courses, and working for four years at that time. After four years, she could finally rid herself of sadness and get back on track with her life. 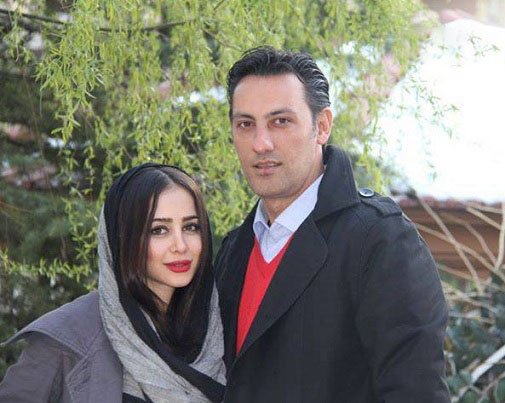 Elnaz Habibi married Mehdi Zamani in 2012 when she was 24 years old; however, Mehdi was often absent from Iran due to his professional responsibilities. After a period, the distance between them caused their marriage to end in divorce. Elnaz claims that she loved him but that he was always preoccupied with work outside of Iran and couldn’t stand being apart from him anymore. Elnaz is single currently. 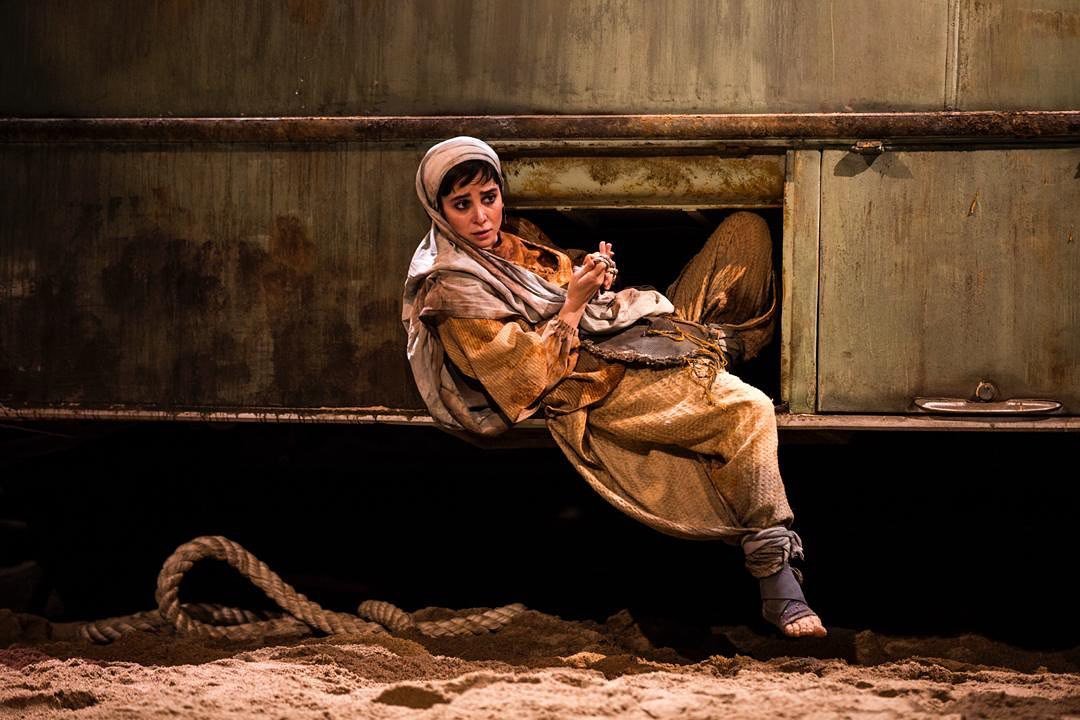 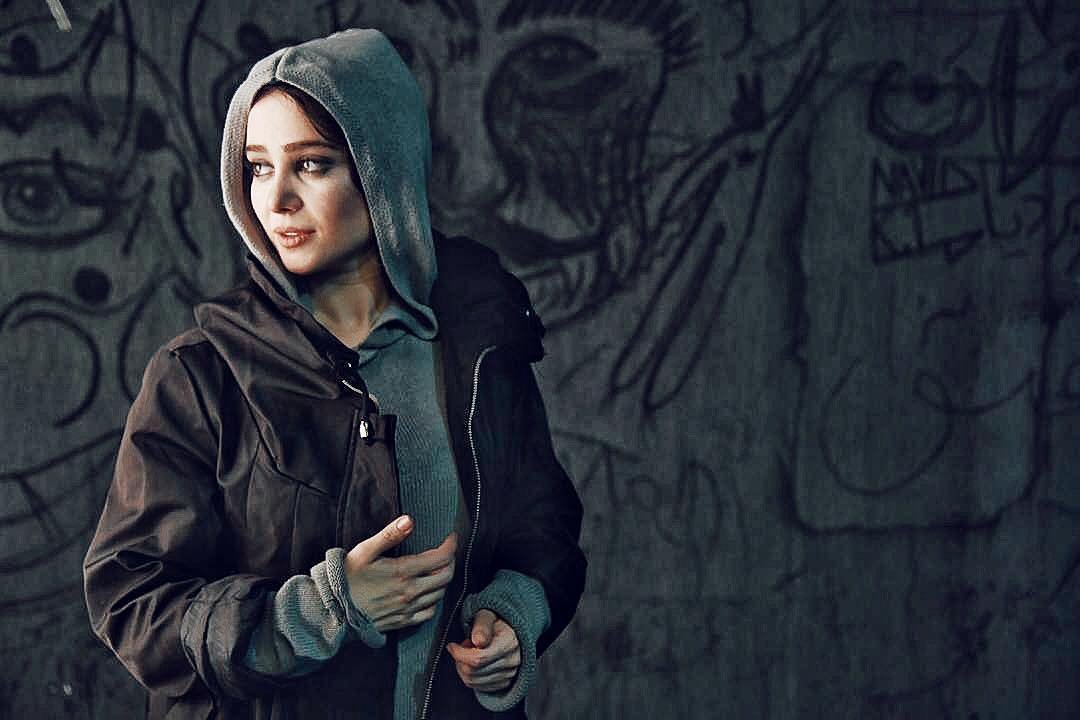 Her friends refer to her as “grandma” because she has always been careful in everything she chooses to do, even whether she was a child or a teenager, and has never made a serious mistake.

What Makes Her Happy 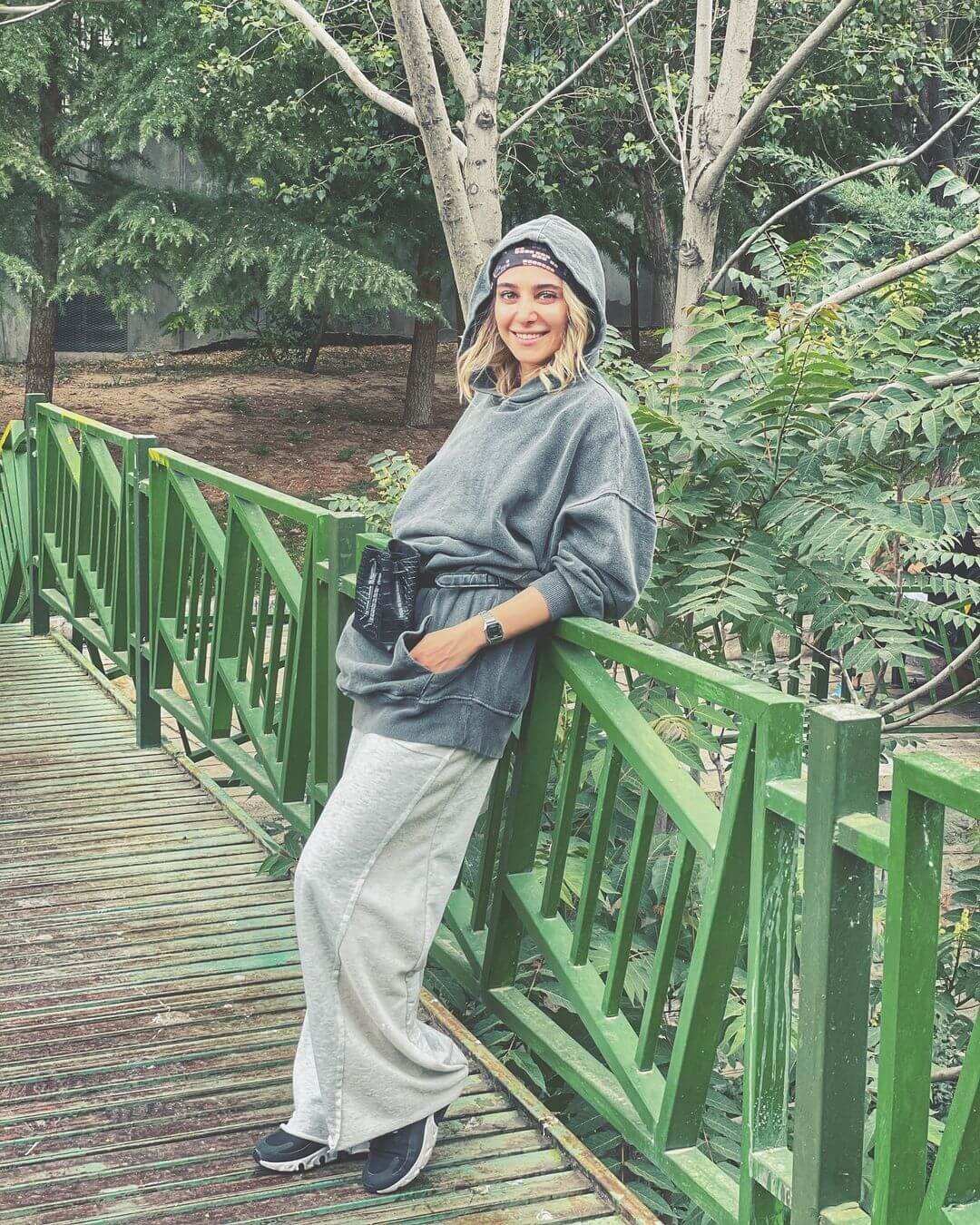 Elnaz claims that various things make her happy, including her family’s well-being, health and financial security, and love of shopping. She enjoys shopping as much as the majority of women. Of course, watching movies is another activity that she loves since it helps her relax and be happy.

Elnaz Habibi acted in several famous movies and television series, which we will introduce you to some of them in the following. 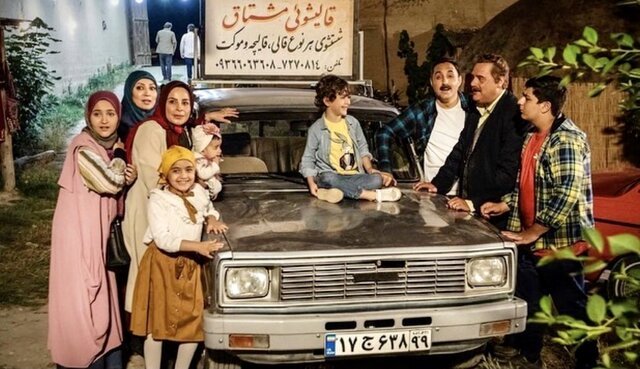 In 2013, Elnaz Habibi acted as Aliyeh in the television series “Doodkesh” or “chimney.” “Doodkesh” was a popular comedy show which featured Habibi, Behnam Tashakor, Hooman Barghnavard, Sima Tirandaz, and Amirhossein Rostami, all famous in the comedy genre. It depicts the lives of people dealing with financial difficulties and other challenges in their lives. Some of them, such as Firuz, trust in God and does their best, while others, such as Nusrat, his brother-in-law, look for assistance from other people. Firuz is a hardworking guy who owns a small company with his family. However, due to a series of unfortunate events, his firm has been forced to shut, increasing his financial troubles. 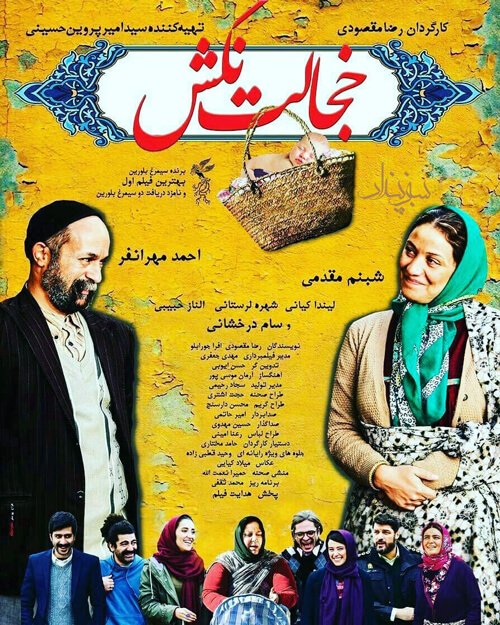 Elnaz Habibi acted as Tina in the movie “Khejalat Nakesh,” which translates as “Don’t be shy,” directed by Reza Maghsoodi. This movie got famous in a short time because of its interesting plot and the superstars it represents, including Elnaz Habibi, Ahmad Mehranfar, Sam Derakhshani, and Shohreh Lorestani.

This film is about a married couple who wish to have another kid even though they already have children and are in their middle age. So, Sanam gets pregnant without telling other children and tries to hide her pregnancy from others. Sanam’s due time was when all of her children and daughters-in-law arrived at her home. To keep the kid hidden from his children, Ghanbar tells them that he found this baby and had picked her up and brought her home. During the recreation of the scenario, he forgets about the kid behind the door, and when he opens the door, he doesn’t see the child and becomes panicked.

In the following, we provided a list of Elnaz Habibi’s movies. 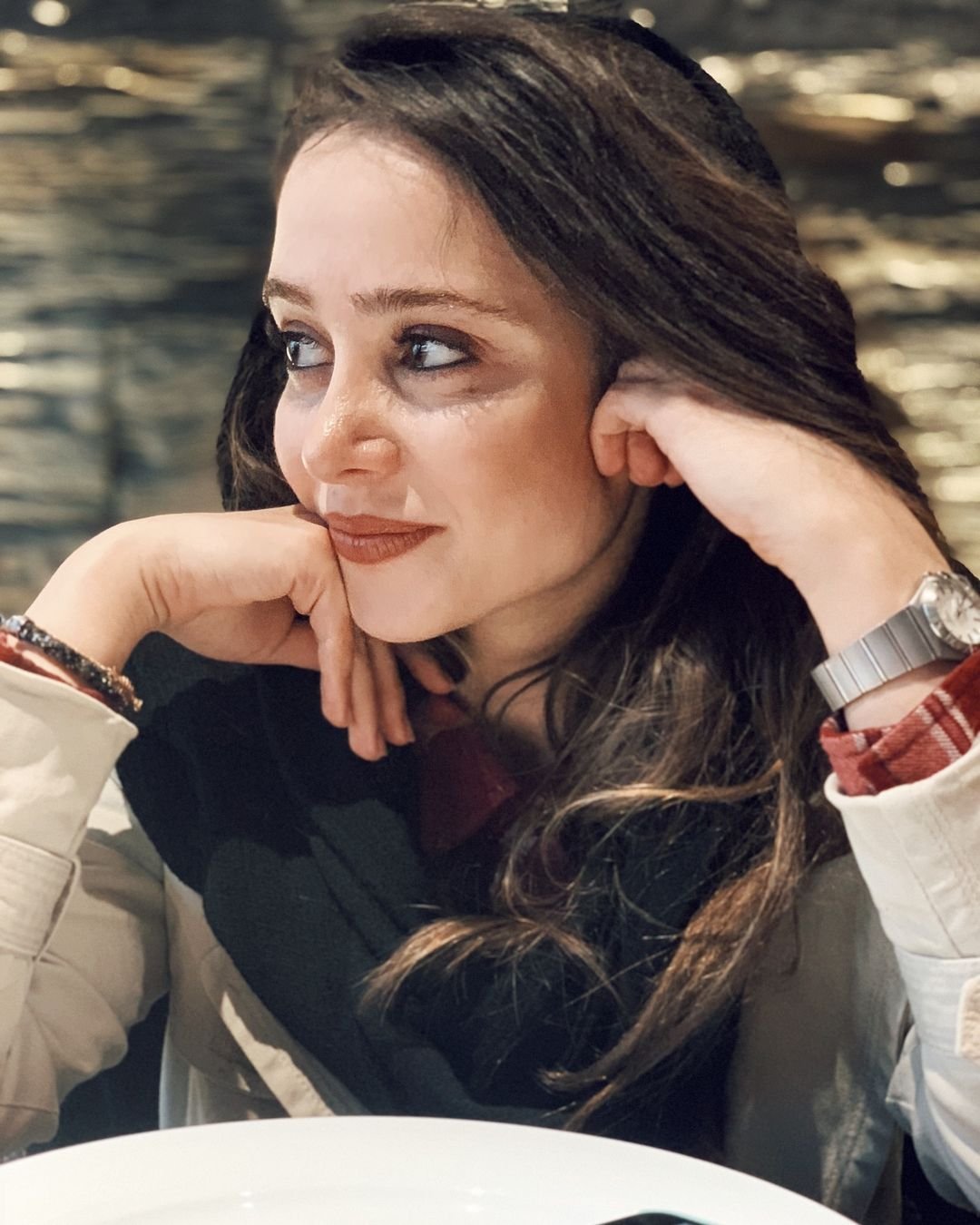 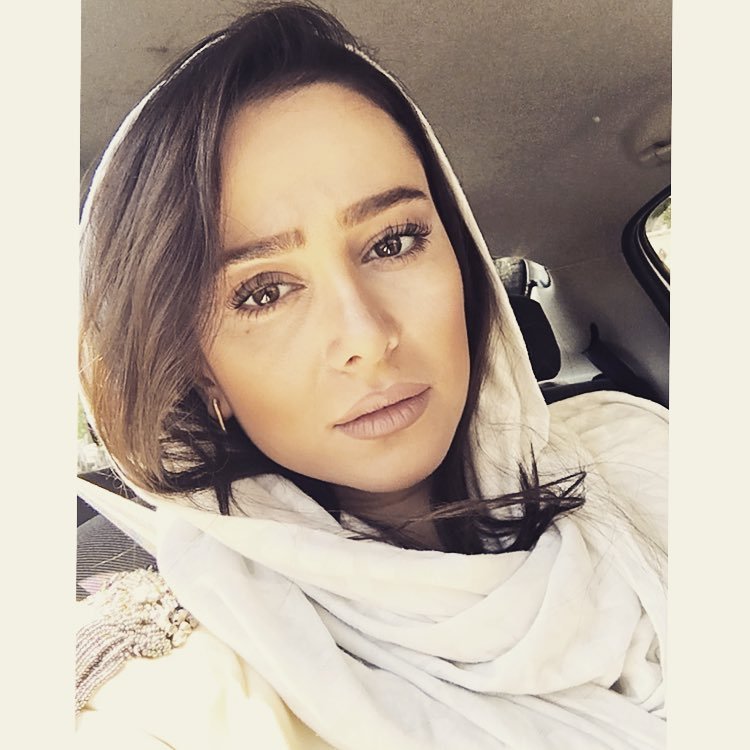 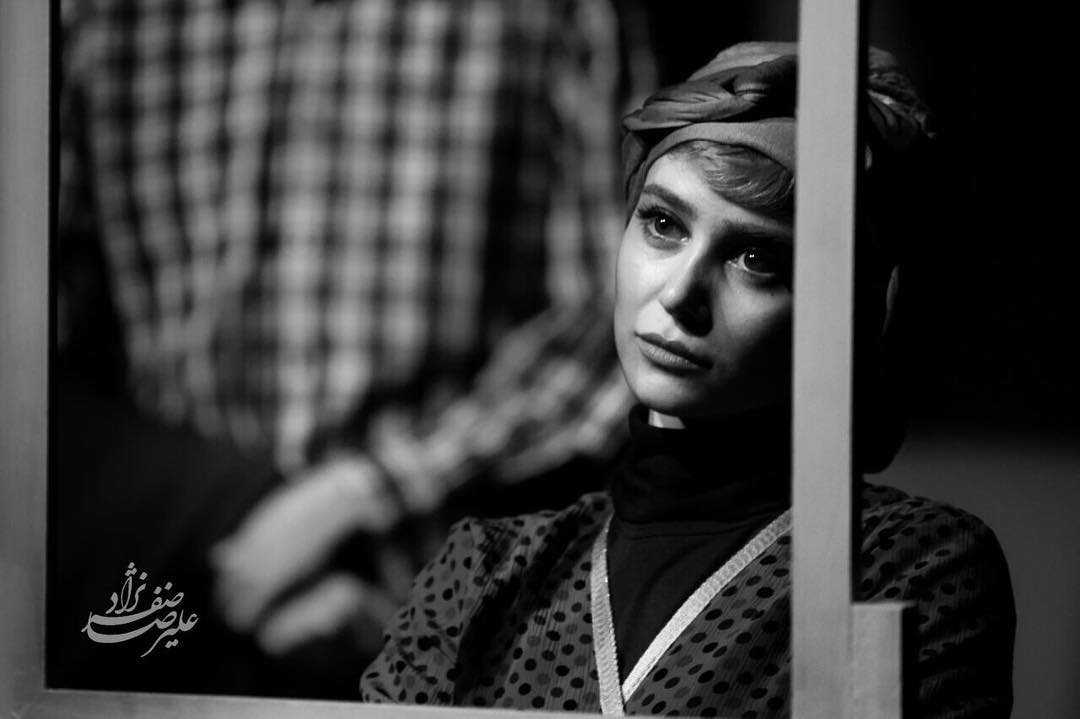