Fereshteh Hosseini (Persian: فرشته حسینی) is an Afghan-Iranian actress born on 26 April 1997 in Tehran, Iran.  Fereshteh was born in Tehran to a family of five sisters and one brother. Her father and mother are both Afghan immigrants who have settled in Iran for many years. 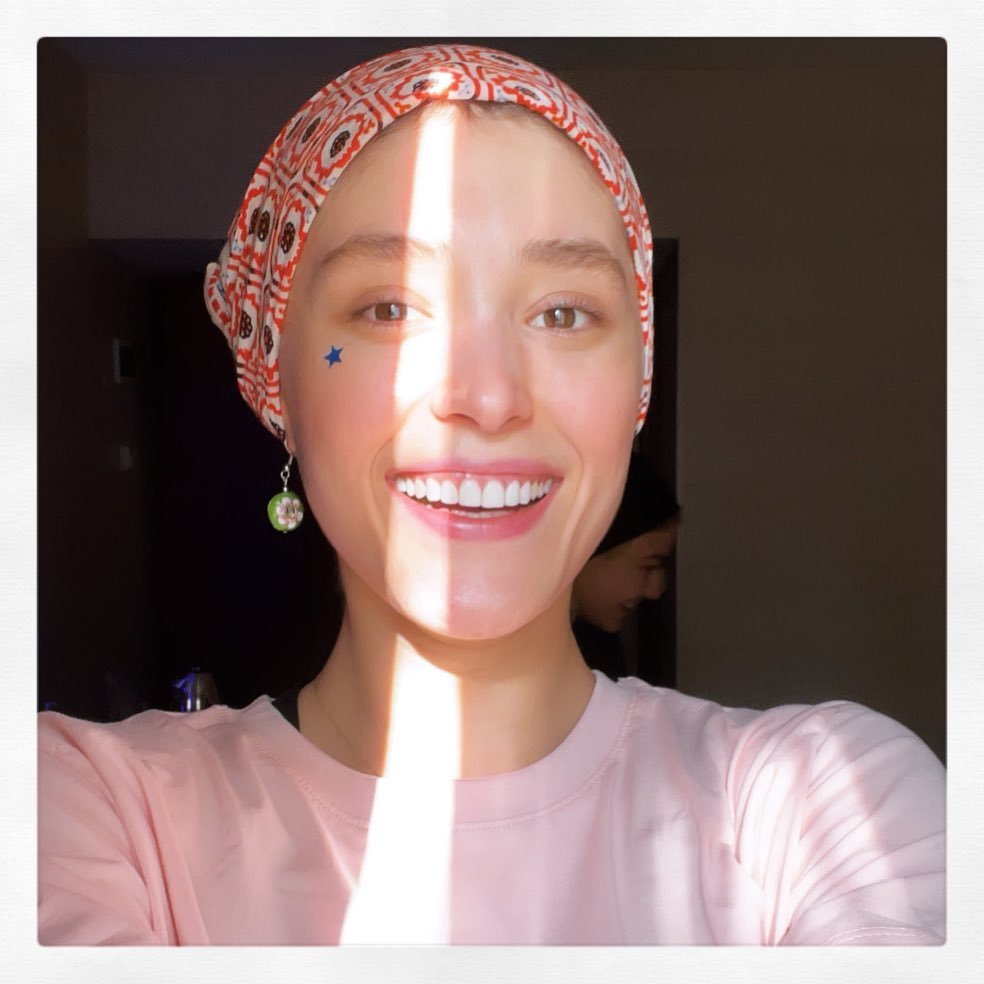 As a kid, Fereshteh Hosseini had to work late in a sewing workshop to pay for her education and assist her family’s welfare. She recalled exhausting days spent sleeping on her sewing machine, which she described in an interview as “nightmares.” 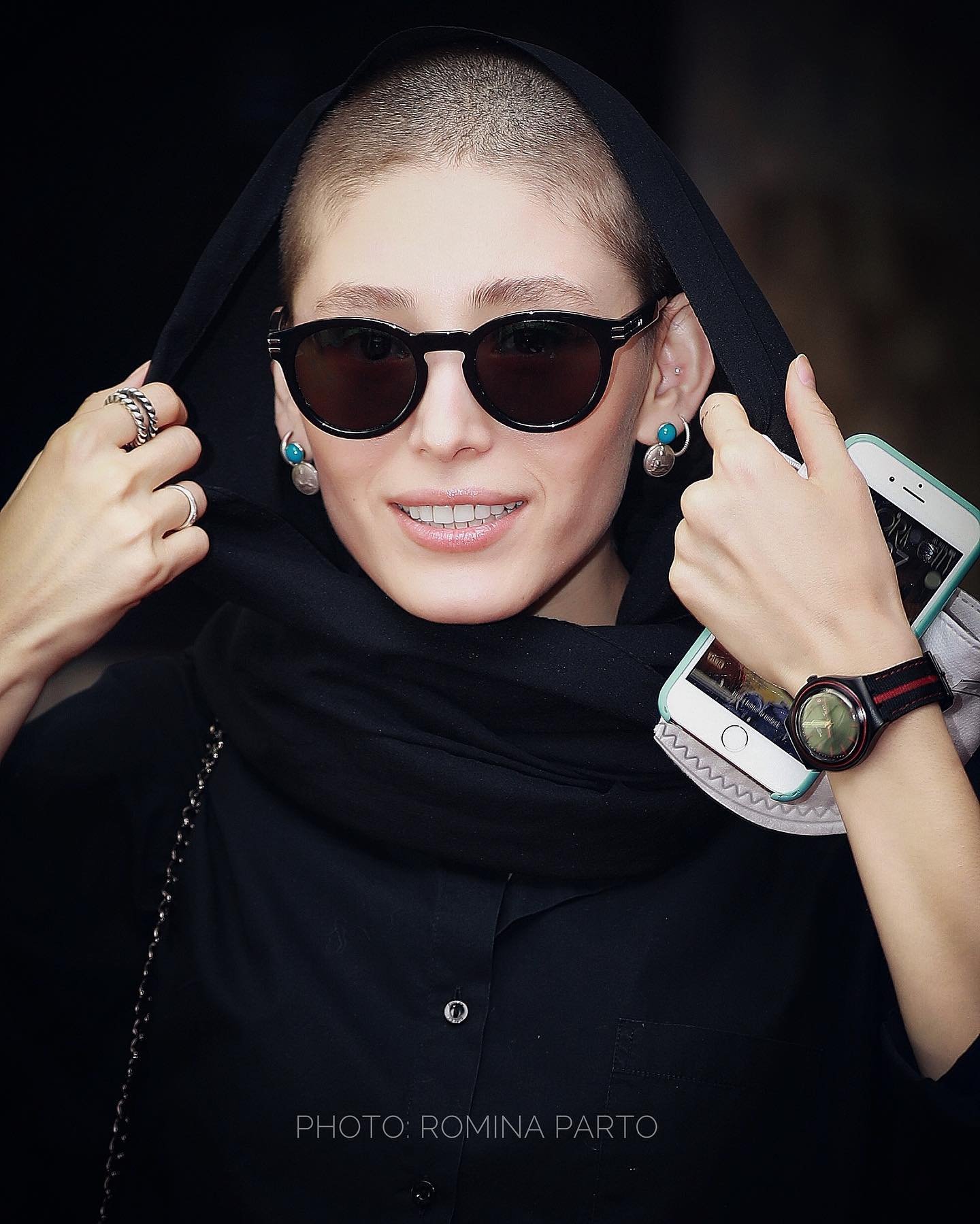 When she was nine years old, she enrolled in a two-year acting training school under the guidance of teachers such as Asghar Mohebbi, Mohammad Rahmanian, and Mahtab Nasirpour. They were among the best actors or playwrights in Iranian cinema.  Fereshteh began acting in the theater in school. At the same time, despite her family’s opposition to the arts, she succeeded in achieving second place in Tehran province for directing a theatre show in the fourth grade of elementary school. Because of her family’s opposition, she primarily performed in musical theaters, then after, she went on stage in a more formal theater. She also opted to go to the cinema in addition to acting in theatre. 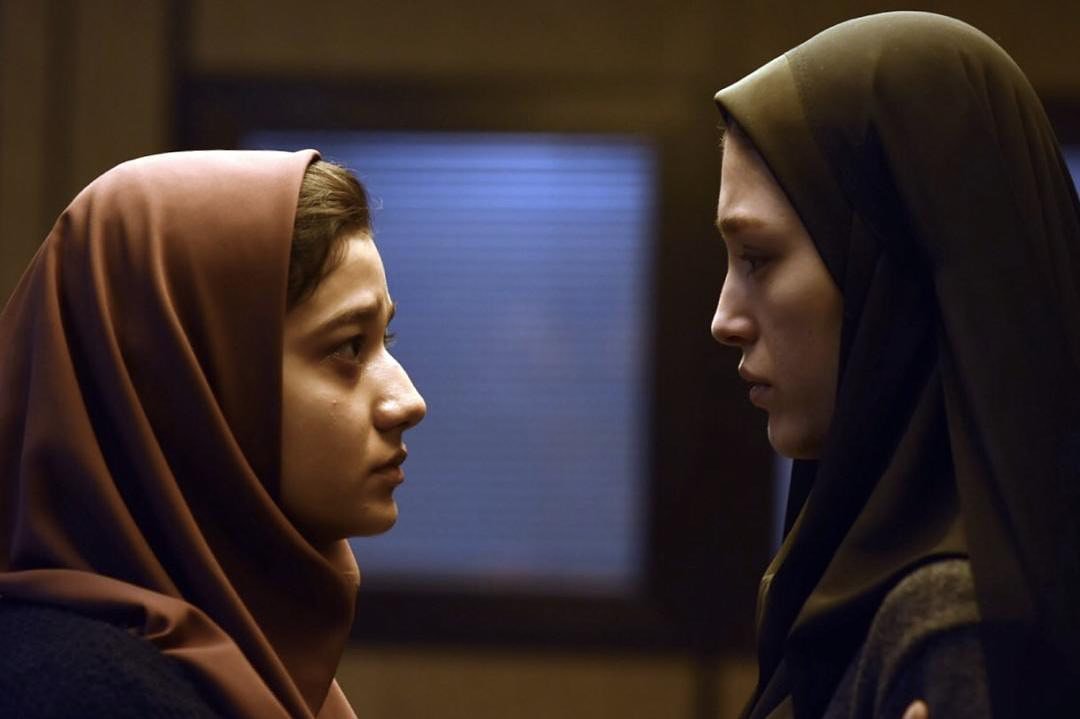 With the documentary “I am a happy girl,” directed by Samereh Rezaei, Hosseini made her debut appearance in front of the camera. A year later, in 2016,  Fereshteh played in the movie “Parting,” directed by Navid Mahmoudi. “Parting,” starring Nazanin Bayati and Behrang Alavi, represented Afghanistan at the 2016 Oscars. 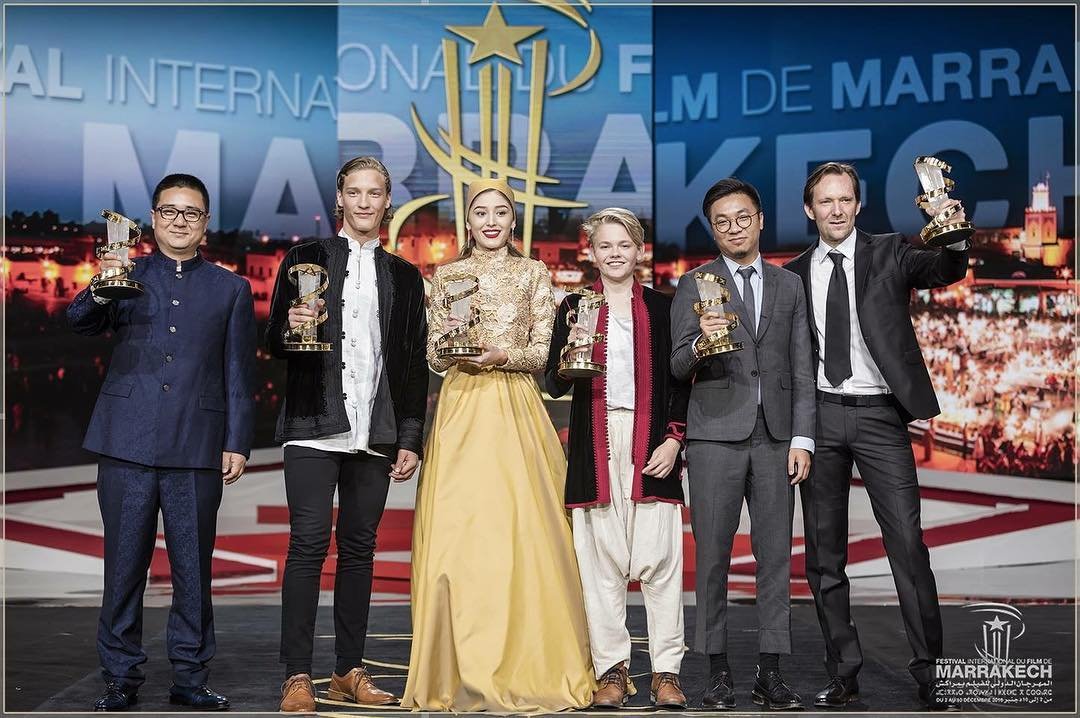 Hosseini won the Best Actress award at the Moroccan International Film Festival in 2016 for her role in the film “Parting,” which was created with the cooperation of Iranian and Afghan actors. 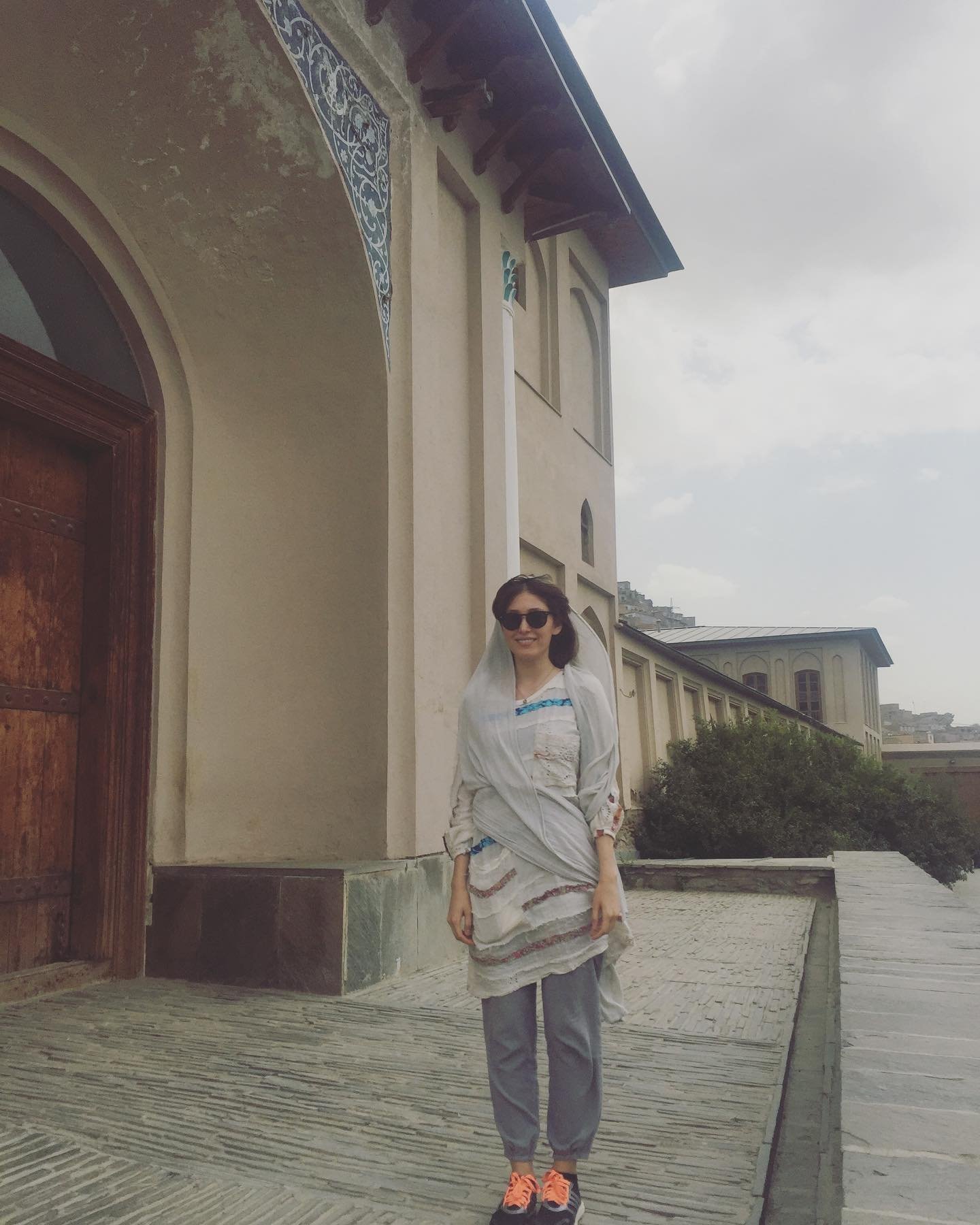 Her parents immigrated to Iran many years ago, but Fereshteh has a strong attachment to her native land, Afghanistan, and for a time, she considered returning to Afghanistan to continue her career there; however, she changed her mind and decided to remain in Iran. 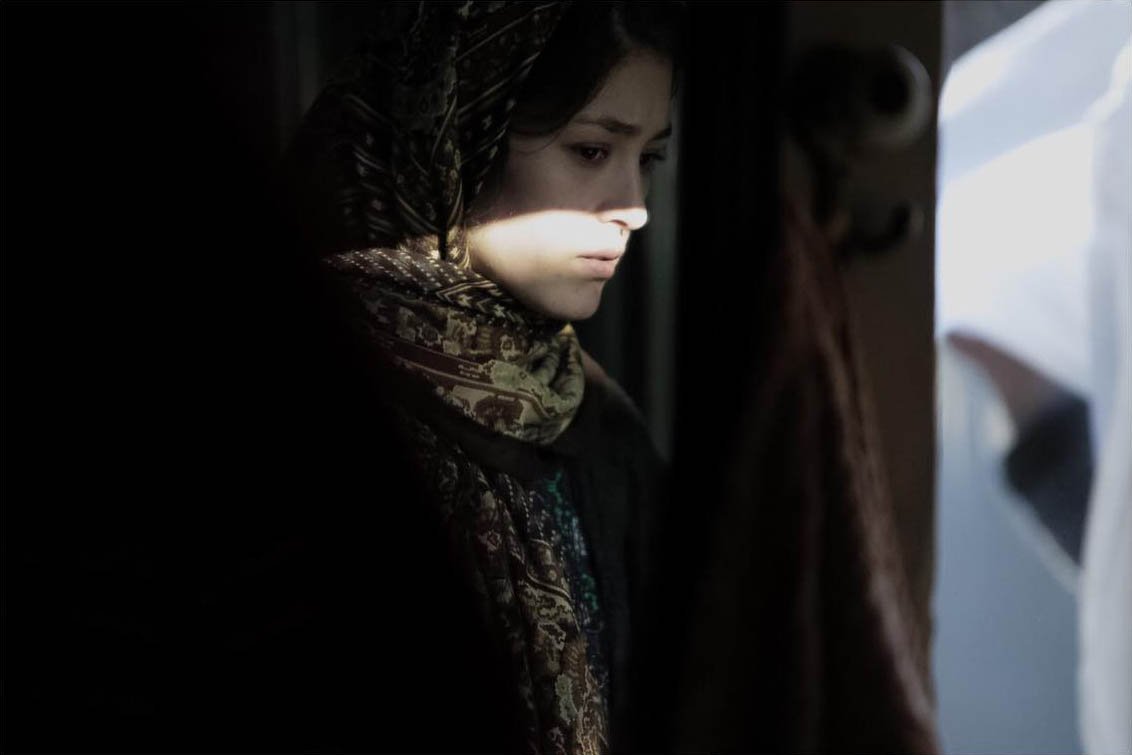 In an interview, Fereshteh said that there was a period in her life when she was so miserable that she believed there was no hope for her, no matter how hard she tried to change her situation. But then the support of her friends pushed her on once more; they told her that she should be the “angel of salvation” for the Afghan girls, which provided her with the drive to continue her actions. 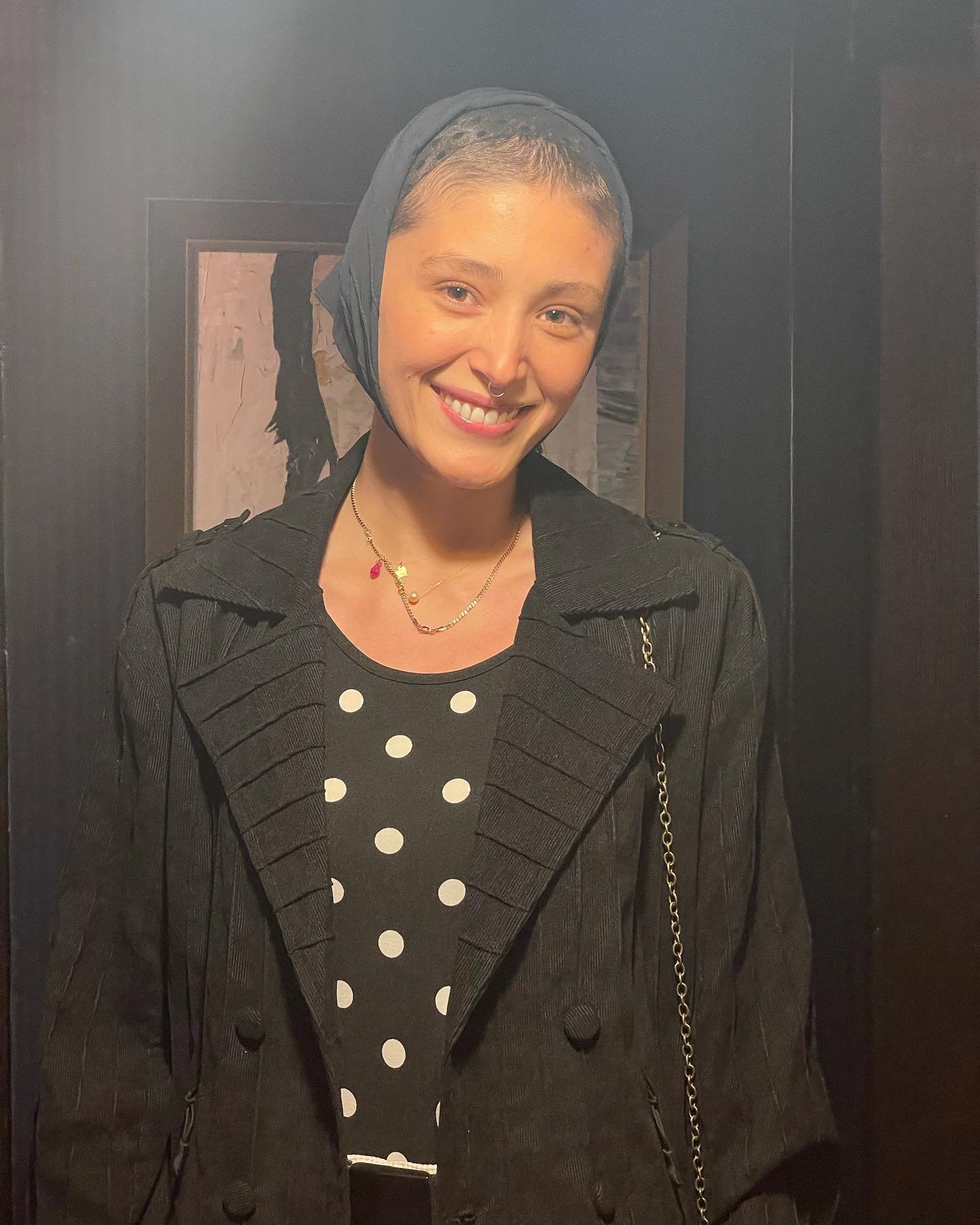 Once Fereshteh said that her Afghan friends had ridiculed her acting career. While during her time in Iran, she doesn’t recall a single instance in which Iranians humiliated her, and she remembers that Iranians always showed her love and kindness. However, she suffered much and was humiliated in school, but never in the field of art. 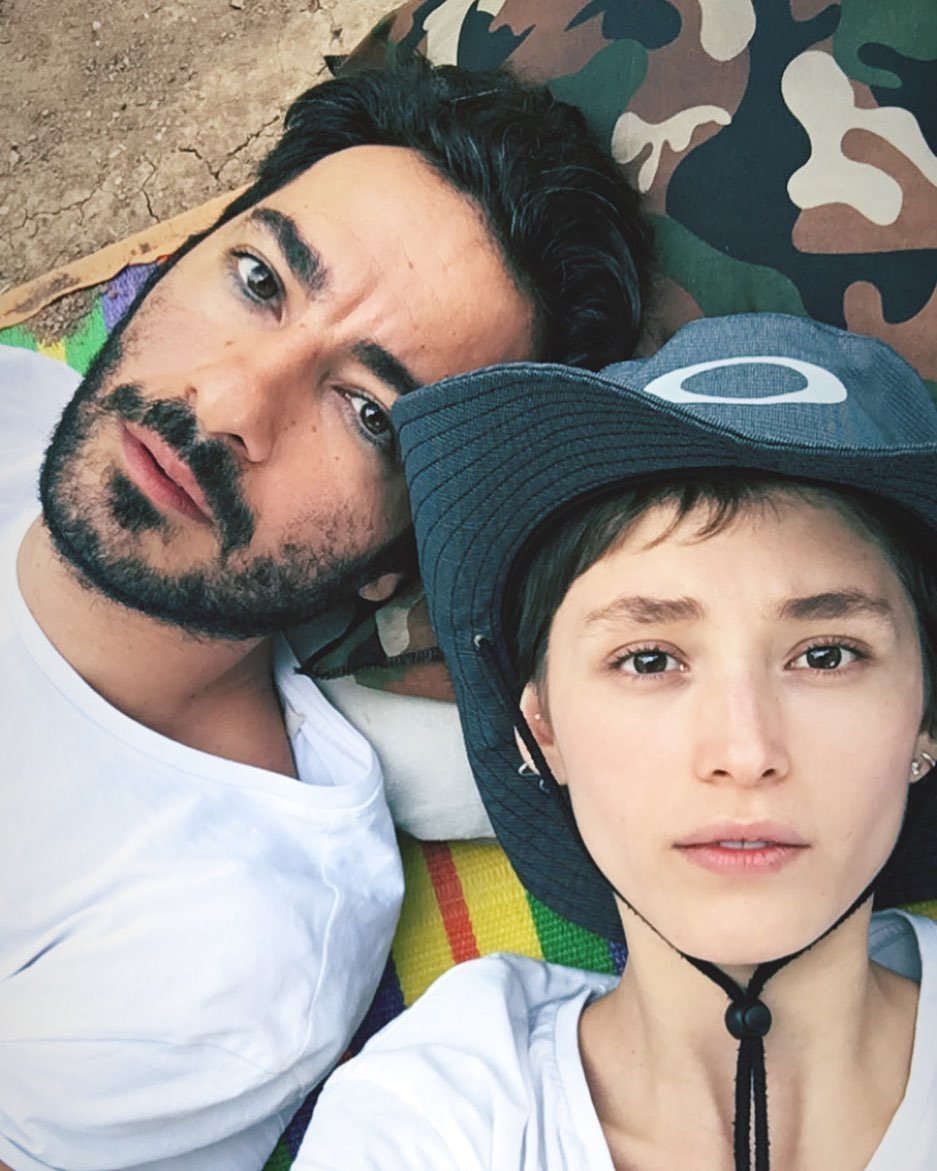 In 2021, Fereshteh Hosseini married Navid Mohammadzadeh. From 2020 to 2021, these two acted in the Home video called “The Frog,” directed by Houman Seyyedi.

A Letter to the World 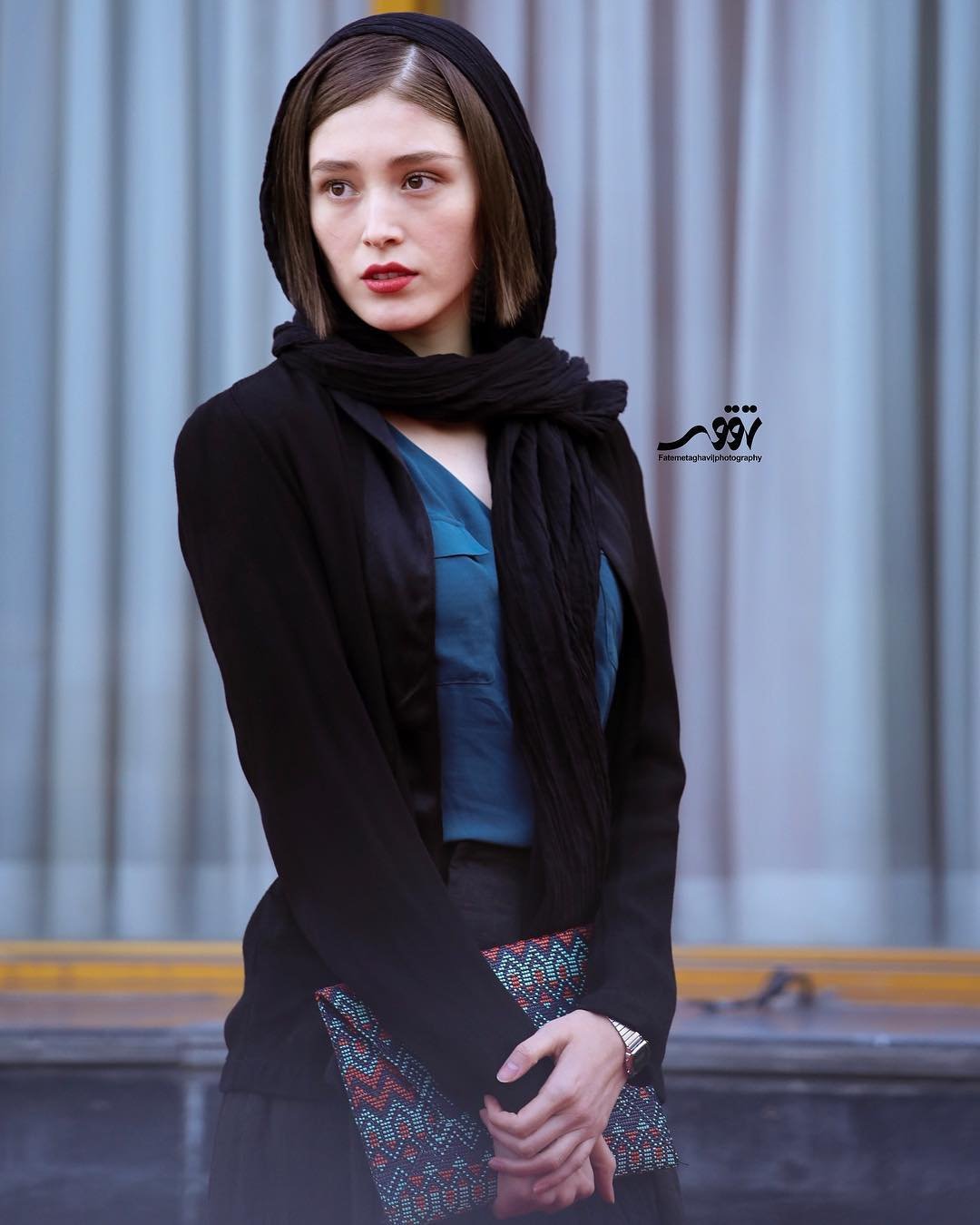 Fereshteh Hosseini suffered racism in Iran; that’s why she wrote a letter to the world to be a voice of those who suffered racism. We provided the letter for you in the following. I was born in Iran to Afghan parents, but what makes anyone think I should not enjoy human rights? Who decides not to allow me to have self-esteem, equal rights, and peace? What makes you say “an Afghan” when you want to make fun of someone? What is it about me that bothers you so much? What makes you disrespect me? What makes us so cruel to each other? Race? Who set this stupid border? These boundaries are not supposed to determine who we should love and hate without communication; no limitations should prevent love and respect.

In the following, we will introduce you to some of the movies Hosseini acted in. so keep reading! 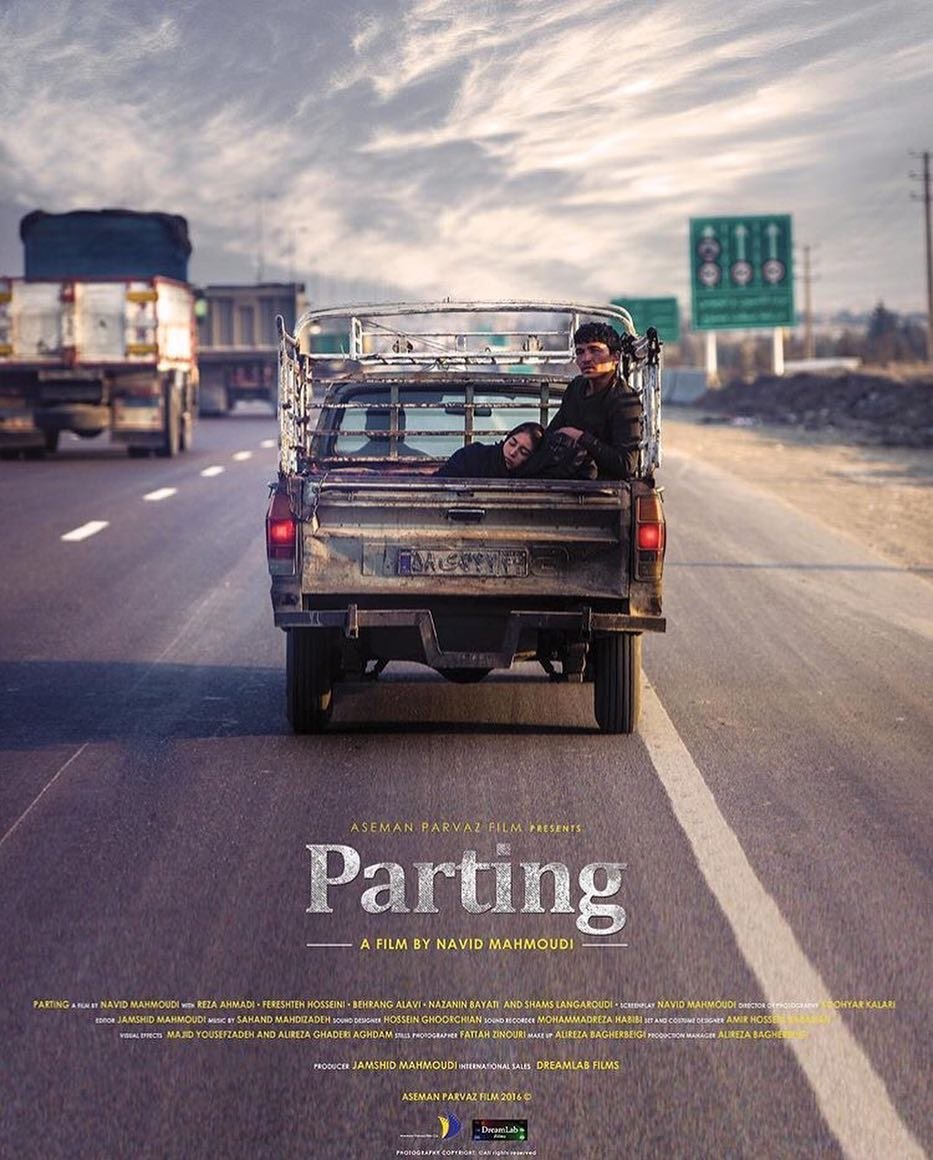 In 2016, Fereshteh Hosseini appeared in the movie “Parting,” directed by Navid Mahmoudi. The movie’s set is in Afghanistan. This movie was the Afghanistan’s submission for the Best Foreign Language Film category at the 89th Academy Awards in Los Angeles. However, unfortunately, the movie couldn’t get on the Academy’s final list of entries. The Busan International Film Festival presented this movie in October 2016, and it was a hit. The 21st International Film Festival of Kerala began with the film “Parting” as the festival’s opening film. 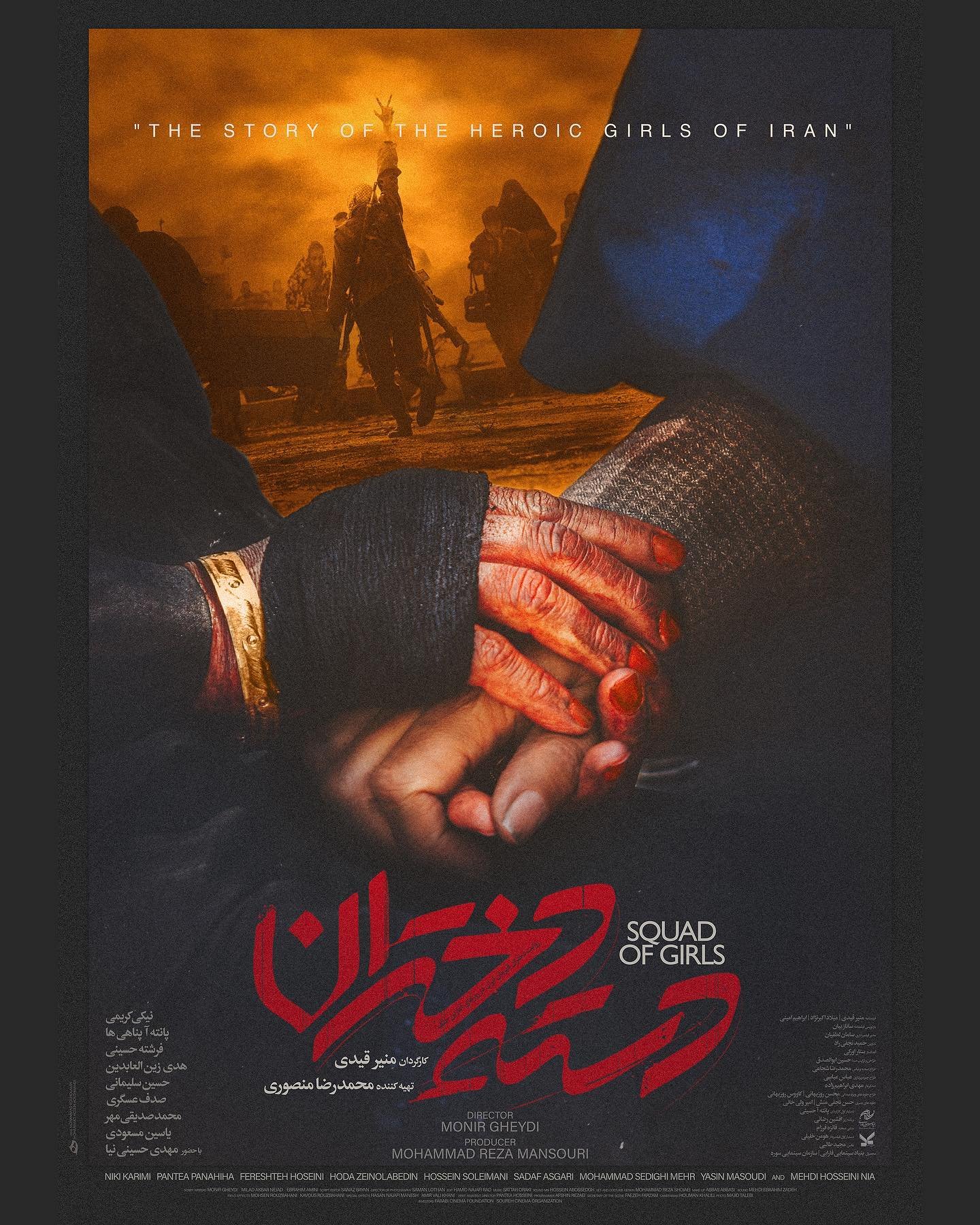 The “squad of Girls” is a 2022 Iranian war film directed by Munir Gheidi. The film is in Iran during the Iranian Revolutionary War. It shows the Battle of Iran-Iraq, which took place in 1980. While Squad of Girls has not yet been released, the 40th Fajr International Film Festival will present it for the first time. Using live and documentary evidence of the Khorramshahr house-to-house fight, the film depicts the resistance and self-sacrifice of women during the early days of the conflict, and it’s the first film to illustrate this resistance from a female viewpoint. 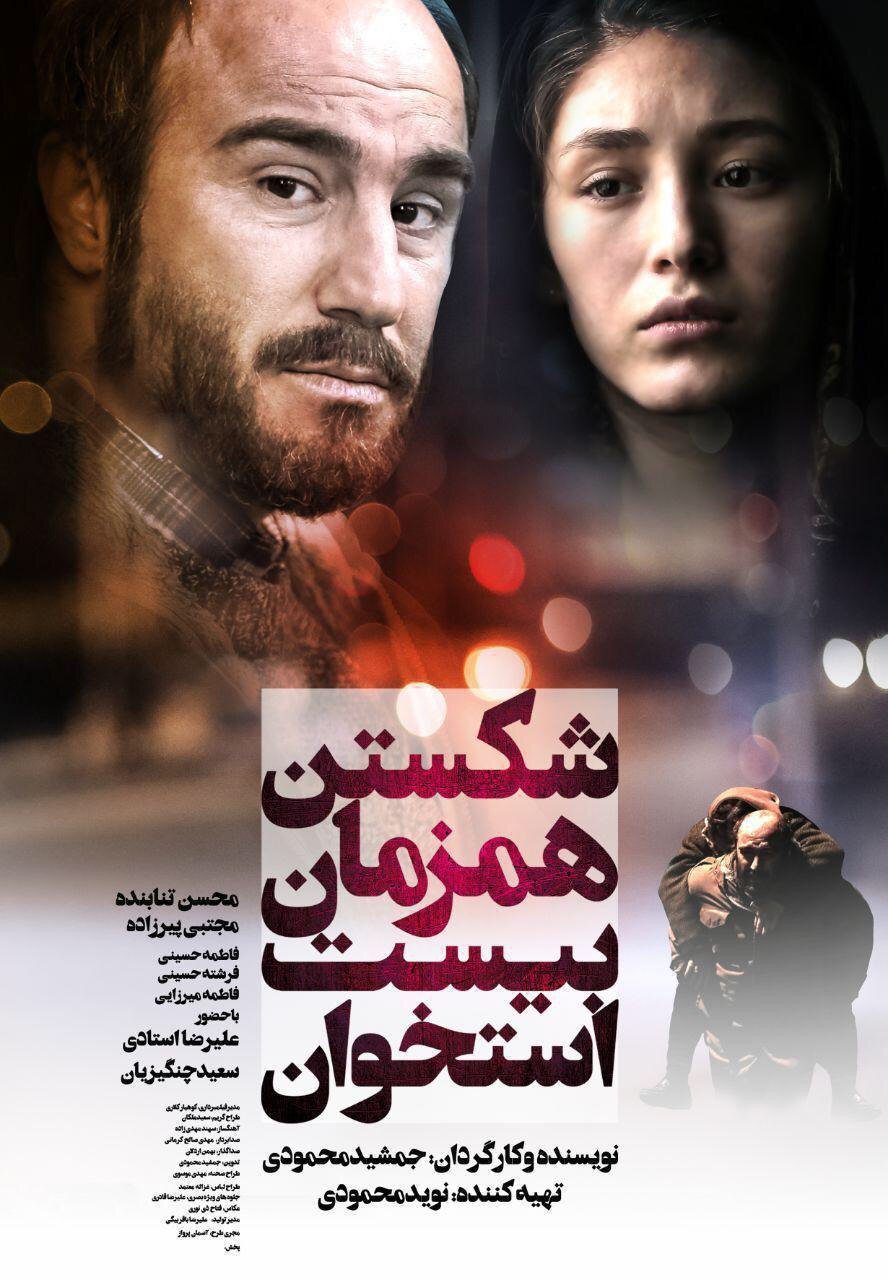 Fereshteh Hosseini acted as Hengameh in the movie “Rona, Azim’s Mother,” directed by Jamshid Mahmoudi in 2018. The movie introduces us to its plot by showing us the doors and windows of packed homes with dazzling lights. In the background, you can hear the sound of instruments and melodies, and the energy of life is flowing through the body of a vast and enthusiastic Afghan family.

The mother smiles, a few men dance in the midst of the conflict, and the rest of the audience claps their hands. There’s a lot of passion in the air. This image is the only scene in the film that is full of action and excitement. After a time, the faces become cold and deafeningly quiet, and the surroundings and situations lose their vivacity and energy. Afghan immigrant Azim works for the Tehran municipality, assisting his mother and brother Farooq’s family in their attempt to sneak themselves into Germany. However, at the last minute, Farooq decides not to take their mother, and Azim finds out that their mother is in need of a kidney donation. Azim has to make a choice between his own life and the life of his mother. 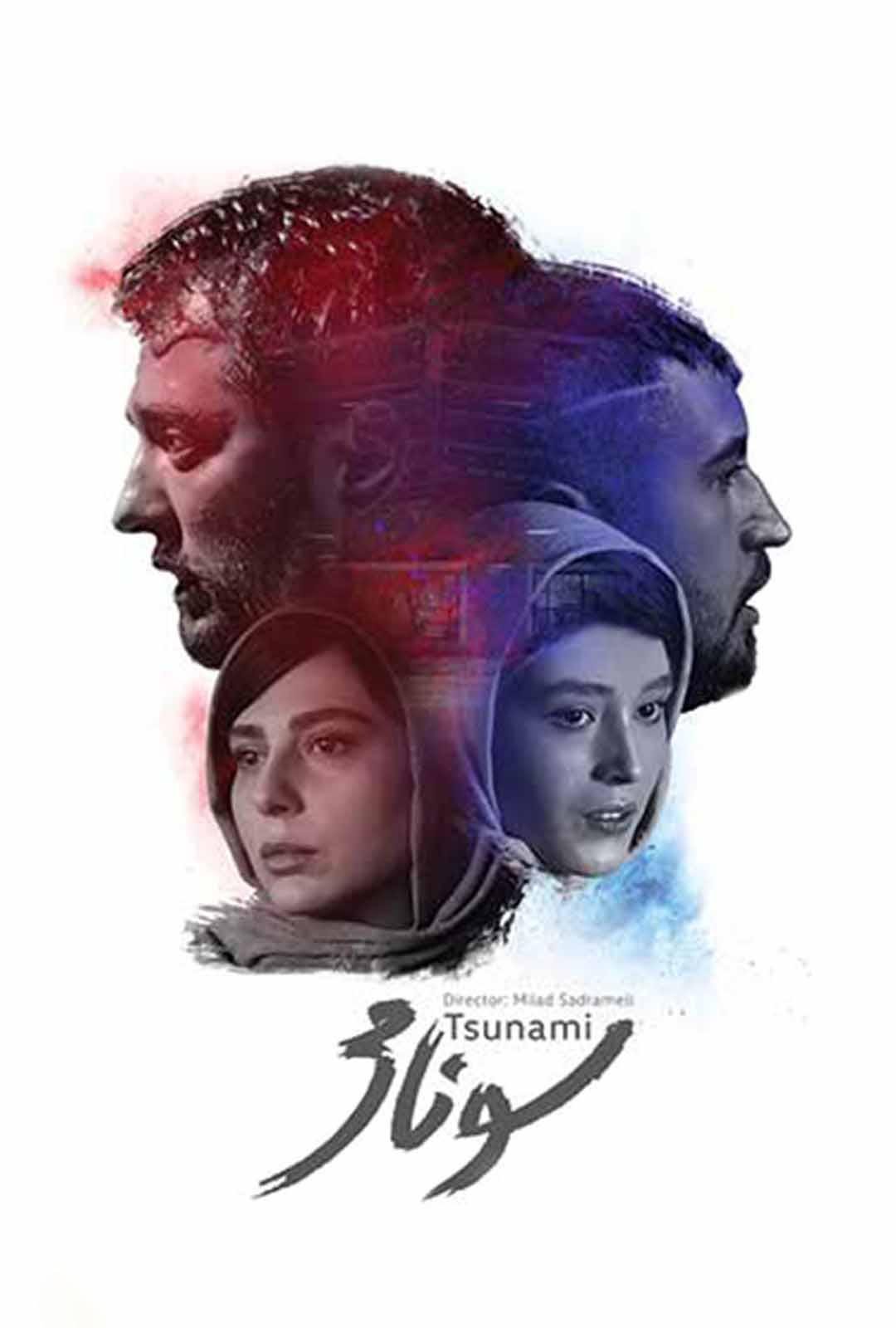 Fereshteh Hosseini acted as Targol in the movie “Tsunami,” directed by Milad Sadrameli in 2019.

“Tsunami” is a sports drama with a different storyline than usual Iranian movies. The plot of the screenplay revolves around the life of a taekwondo fighter who faces a variety of incidents during his professional career. The great taekwondo coach, Khosravi, returned to Iran from the United States on the invitation of the new head of the Taekwondo Federation after years away from coaching the Iranian national team. Several Iranian national team members have left Iran to play for the Danish national team over the past years, so Khosravi has fewer options to choose from.

After the young national team member Behdad was injured; Nicknamed Tsunami, Khosravi once again goes to his old student Morteza and calls him to the national team. An invitation that created new challenges in the national taekwondo team training camp.

In the following table, you can see Fereshteh Hosseini’s movies.