Hasti Mahdavifar (Persian: هستی مهدوی فر) is an attractive and talented Iranian actress and photographer born on December 12, 1991, in Hamadan, Iran. In addition to the television series “Jerahat,” “Madarane,” “Gozar az Ranjha,” “Haniyeh,” and “Sayeban,” Mahdavifar has been in films such as “Soote Payan,” “Chaharshanbeh,” “50 Kilo Albalo,” “Comedy Ensani,” and “Majaraye Nimroz: Rade Khoon.” She performed in many parts from a special girl in “Soote Payan” to the character of a stupid girl in “Zabane Madari,” or she appeared in “Madarane” as a high school student who had an addiction; while, she had a different part in the story of “Nimroz.” 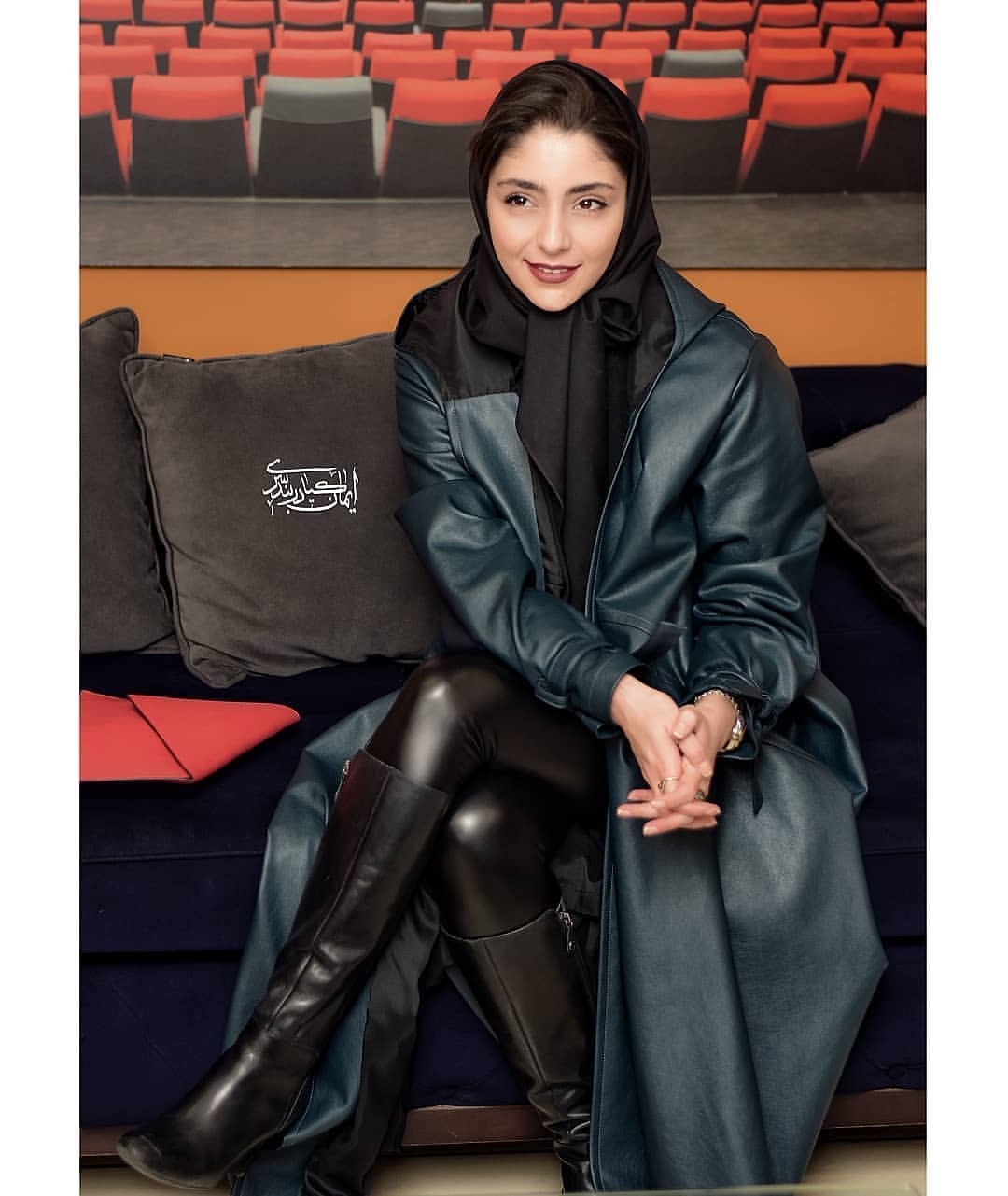 Having graduated with a degree in graphic design, Hasti Mahdavifar began her career in national television and has since become a well-known character in Iranian cinema. 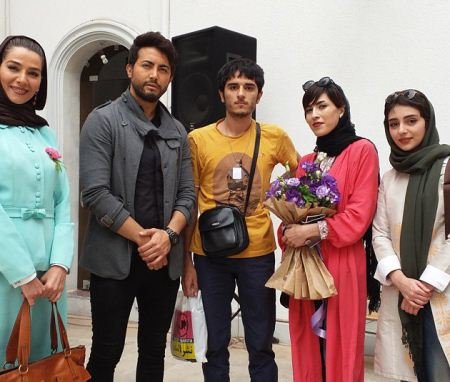 Originally, her name is Mahdokht, which means “moon-like beauty.” Because her father died while she was a kid, she has been living with her mother and brothers for many years. 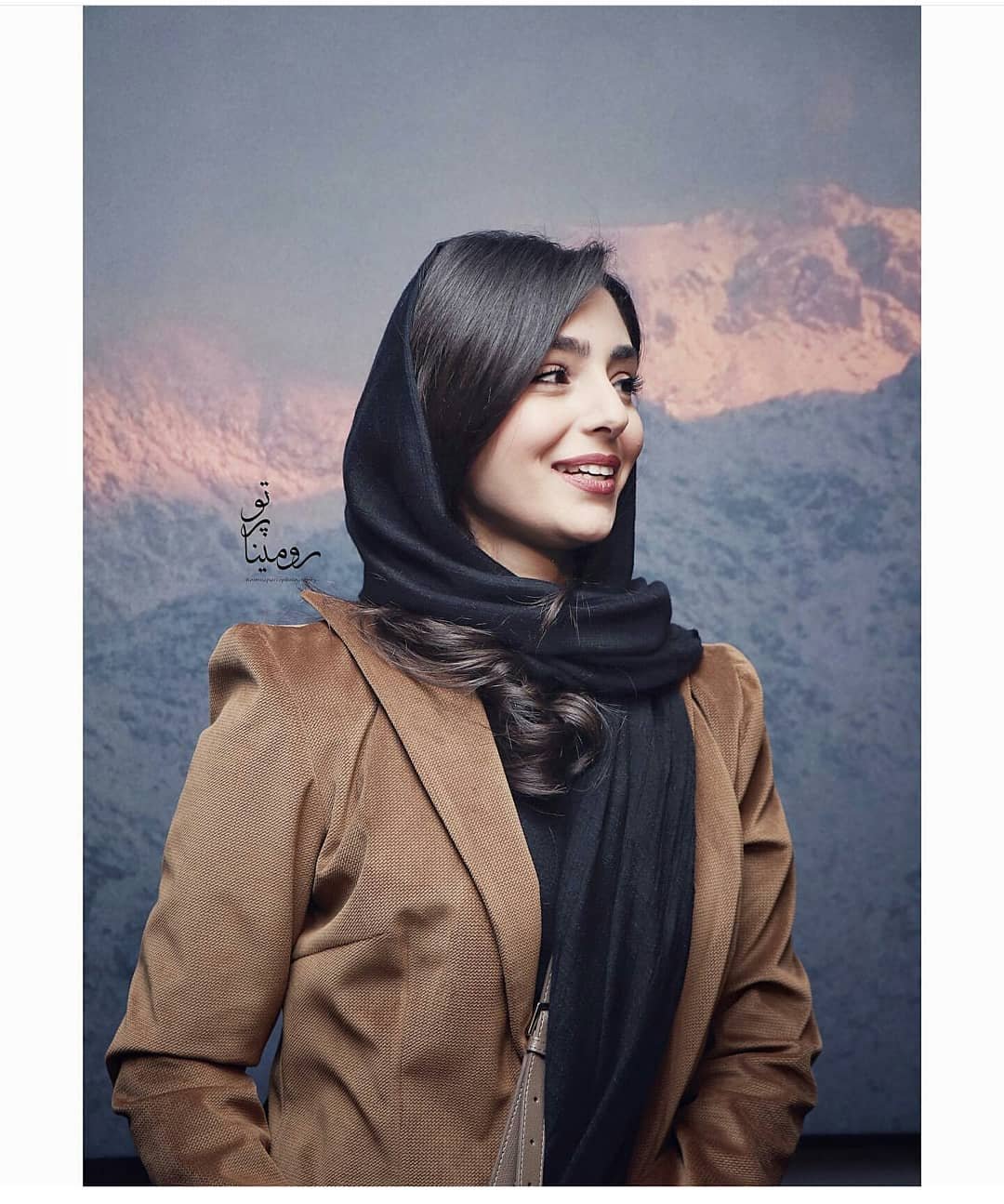 She doesn’t want to speak about how she entered the cinema since it happened by chance. In 2010, when she was 19 years old, she made her debut performance in television by acting in the series “Jerahat” and pursued her acting career without taking acting classes. 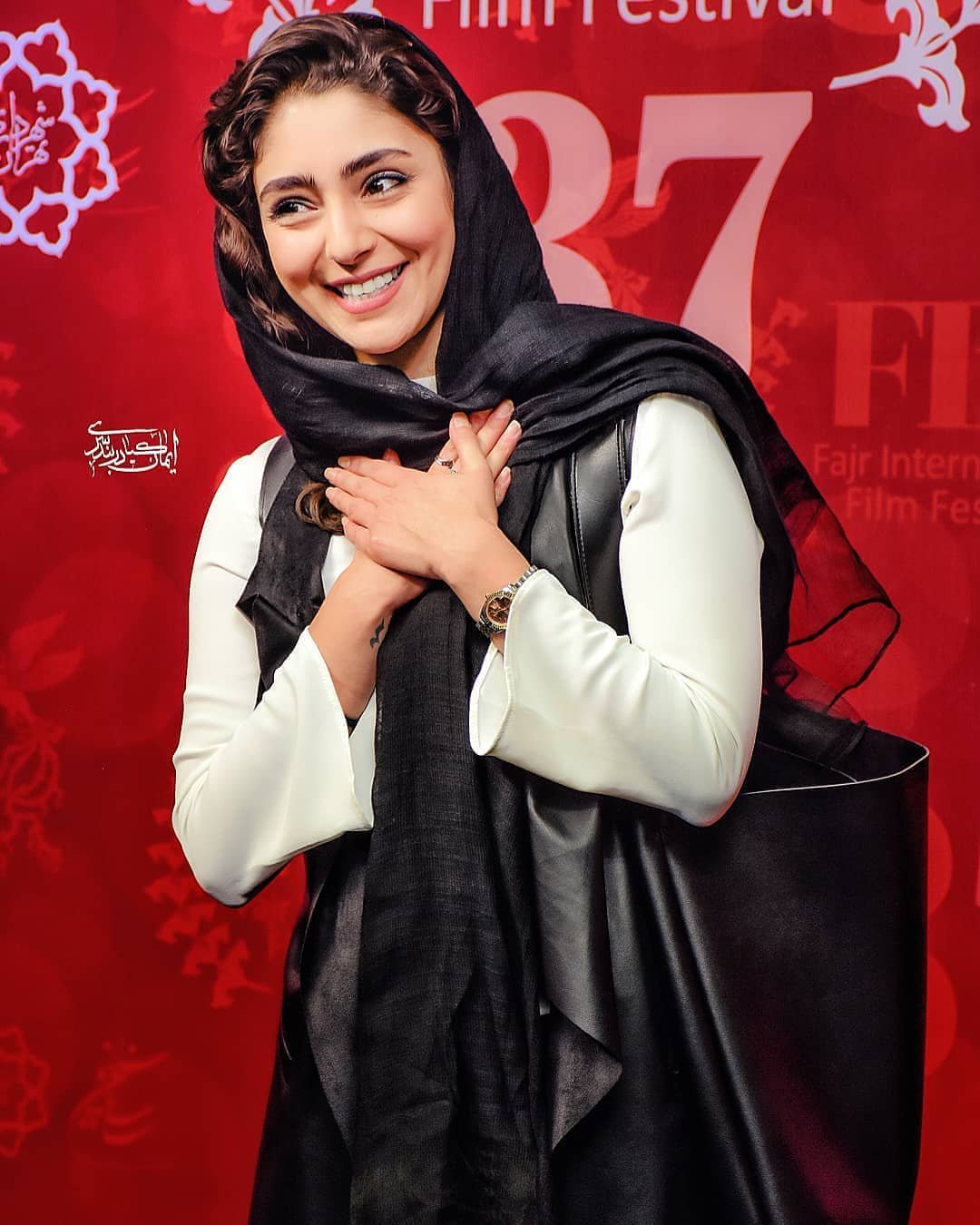 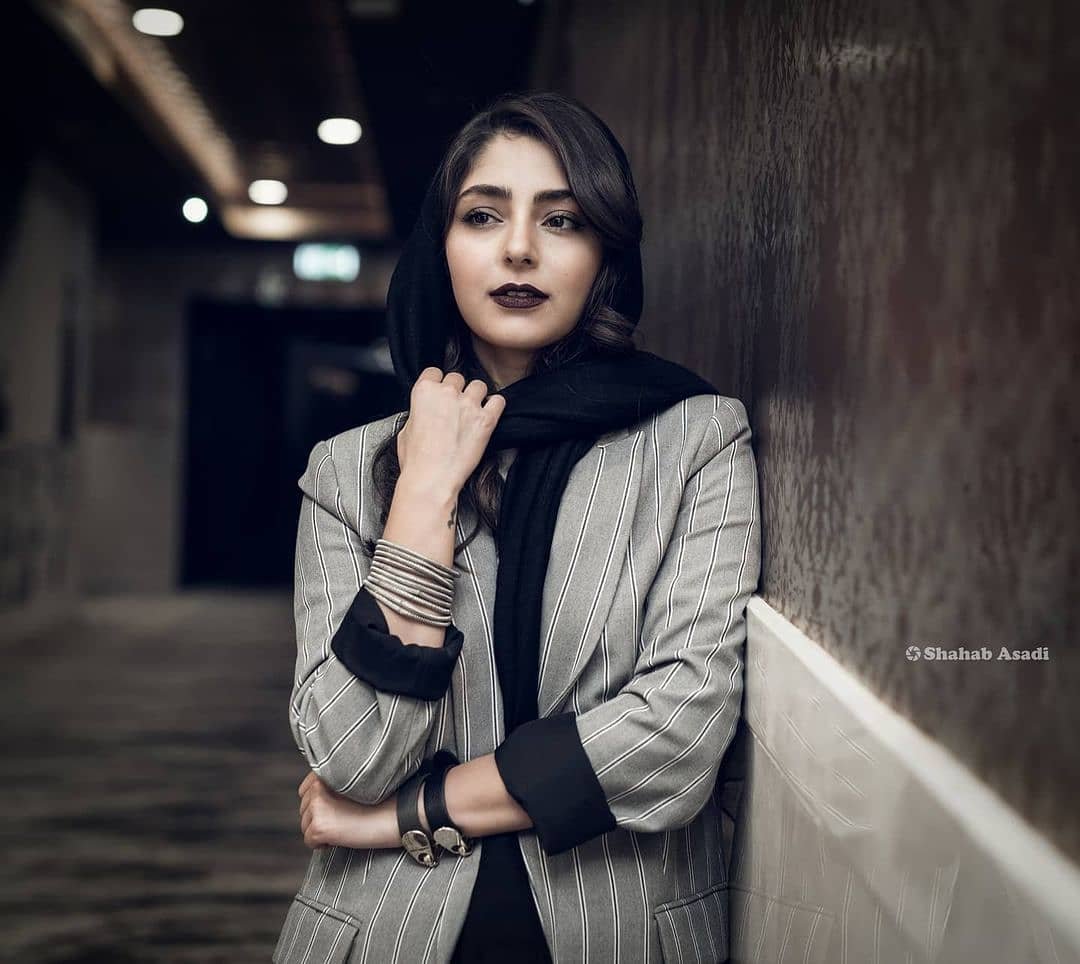 Hasti Mahdavifar is a great fan of football, and she also pursuits doing workouts daily. Hasti loves reading when she’s free. Also, photography on a trip is her passion. If you check out her Instagram account, you can find her photos taken in different countries. She claims she’s not a professional athlete, but she enjoys bodybuilding, swimming, and horseback riding in her free time. Hasti prefers to exercise for pleasure rather than for professional reasons, and she enjoys watching movies in her free time. One of the hobbies she enjoys is traveling by car or spending a night in a desert. 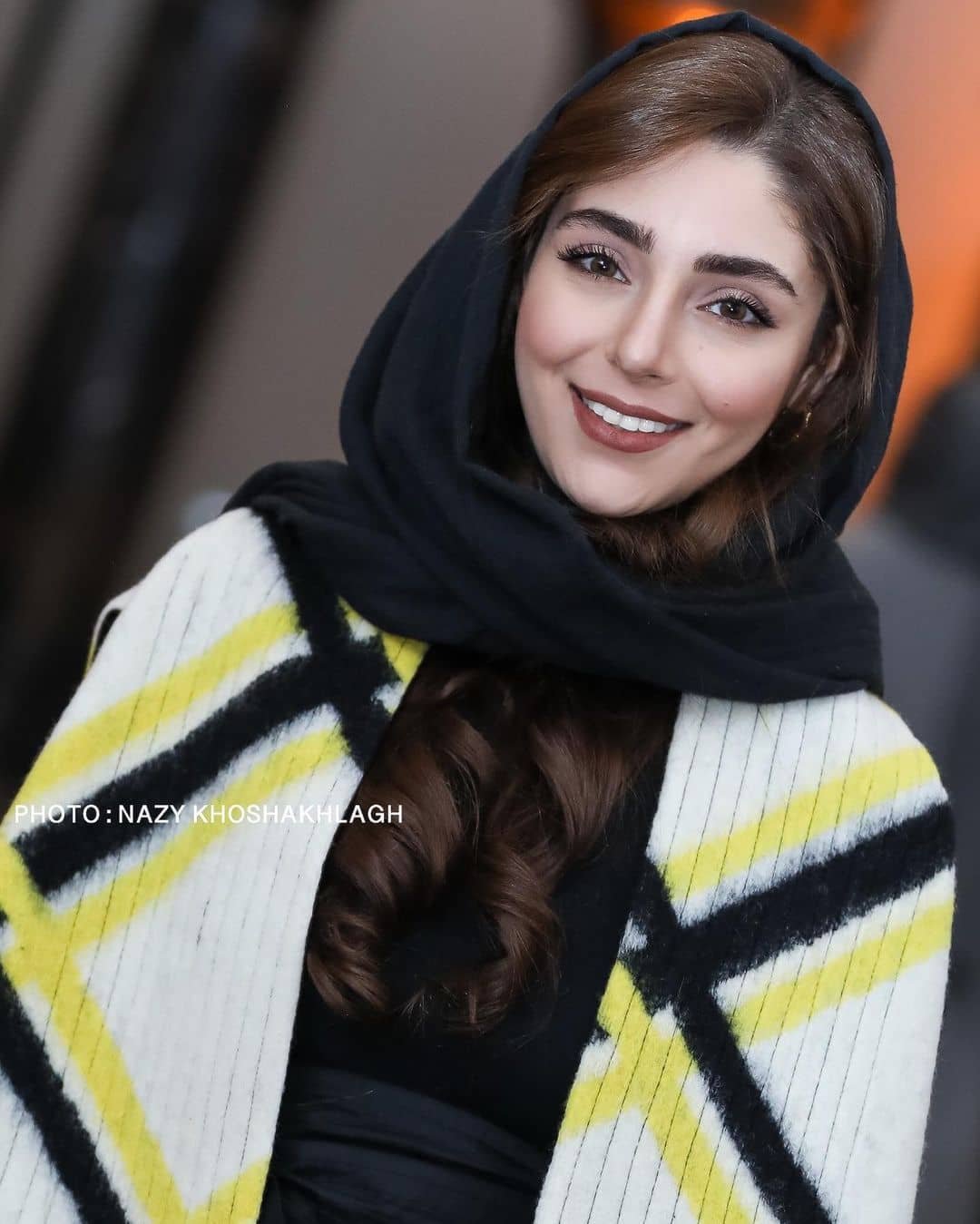 Recently, Hasti Mahdavifar has developed an interest in gaining experience in the production of short films; she prefers to be a filmmaker rather than an actress since performing doesn’t allow her to be an authentic version of herself. 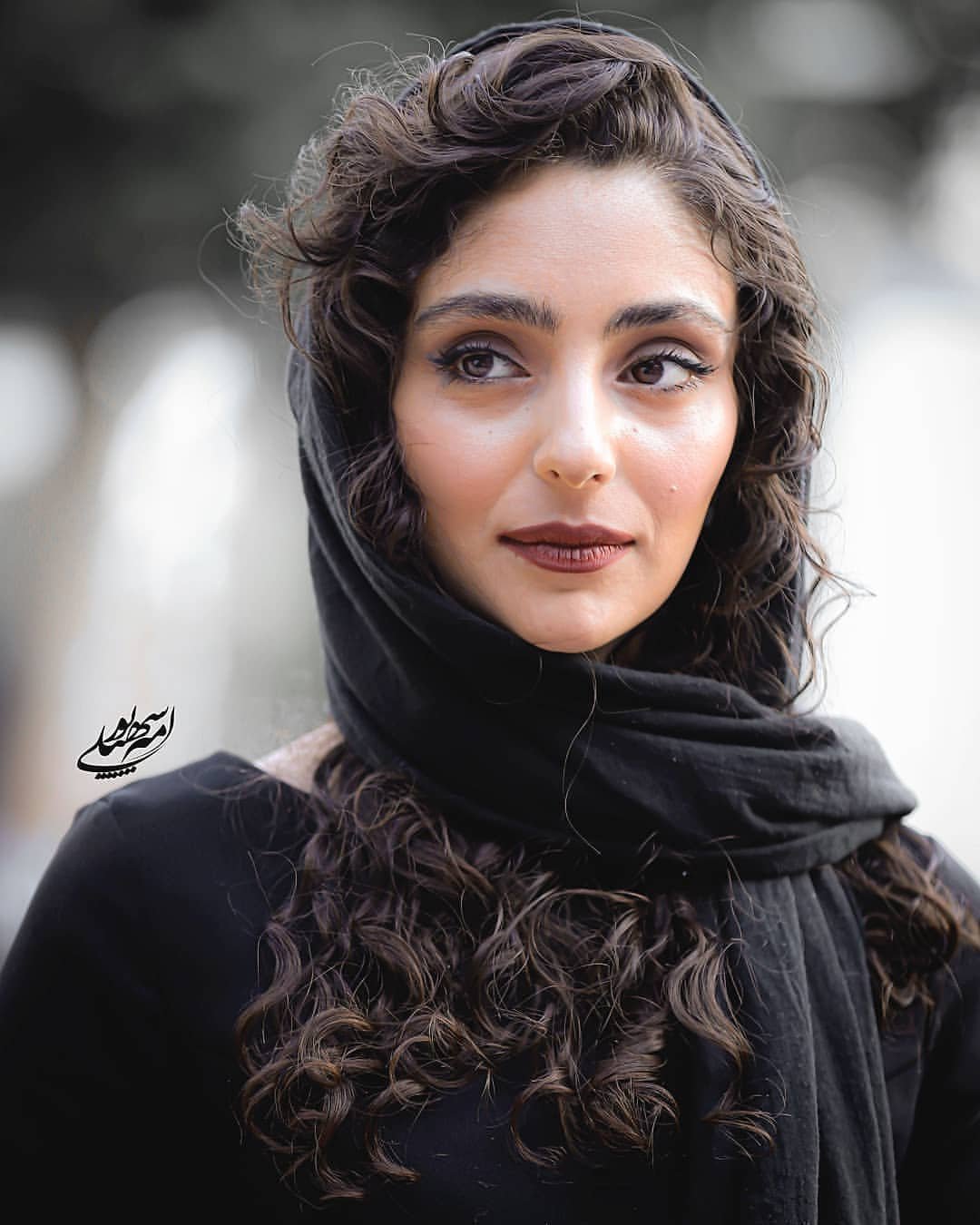 Hasti Mahdavifar hasn’t been married and is still single. When asked about her thoughts on marriage, she said she thinks about it regularly, but she’s more confident that marriage is not for her with each passing thought.

Hasti enjoys cooking because it provides her with a sense of comfort, and one of her favorite hobbies is searching the internet for recipes for different meals. Of course, she enjoys eating out at restaurants as much as anybody. 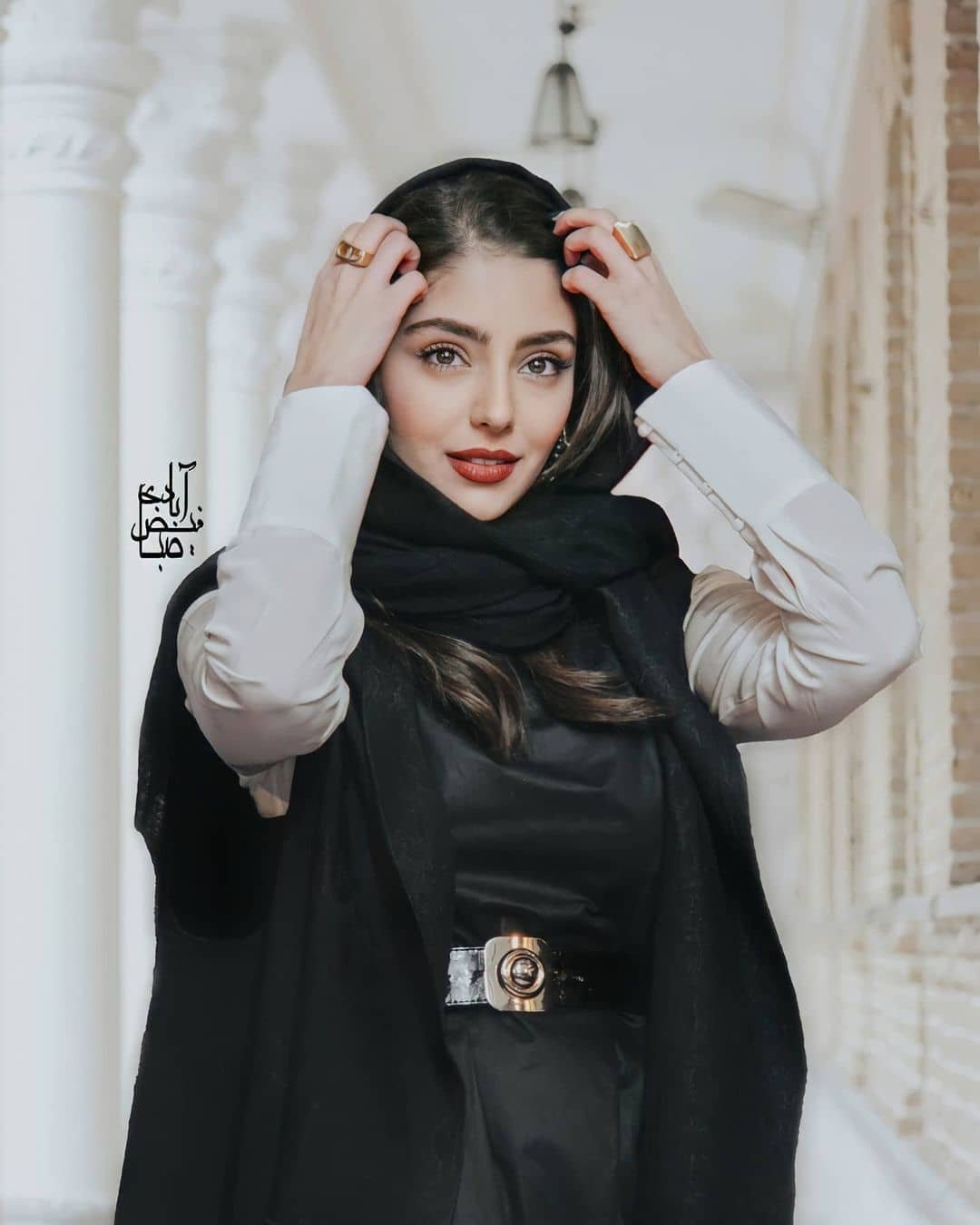 Hasti Mahdavifar admires Hamid Farrokhnejad’s work and thinks Hengameh Ghaziani is very talented while appreciating the films of Sahar Dolatshahi. Hasti is a big fan of Javier Bardem and Cate Blanchett, who are both international actors.

Hasti Mahdavifar is a talented actress who appeared in several famous movies, which we will introduce you to some of them in the following. 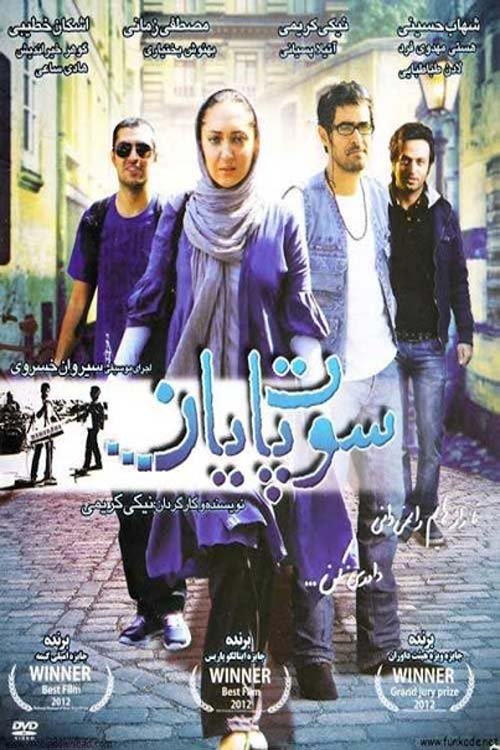 While Sahar (Niki Karimi) and Saman (Shahab Hosseini) have aspirations to become professional filmmakers; they have only accomplished to film commercials and documentaries so far. When they’re working on their new film, they realize that they need to re-shoot one of the scenes. The issue is that the teenage actress who played Maliheh (Mahdavifar) is no longer with them, and they have to search everywhere to find her. Sahar finally manages to track down Maliheh after a long period of seeking, and here is where the story starts. 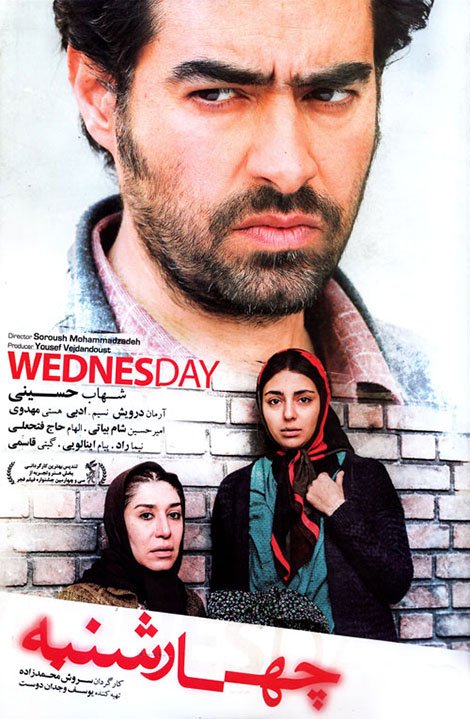 The movie starts with the story of the father of the family, who was murdered at a wedding. Then the film shows the murderer who is awaiting his death sentence. The story shows the opposing ideas of the family members whether to forgive the murderer or not. While one of the victim’s sons, Taher, keeps track of the days to push the chair from beneath the killer’s feet. Salim, the eldest son, considers accepting the ransom money and using it for improving his own and his sisters’ lives, Tayebeh and Akram. A fight between two brothers over whether or not to forgive the killer worsens with Akram (Mahdavifar) getting pregnant. 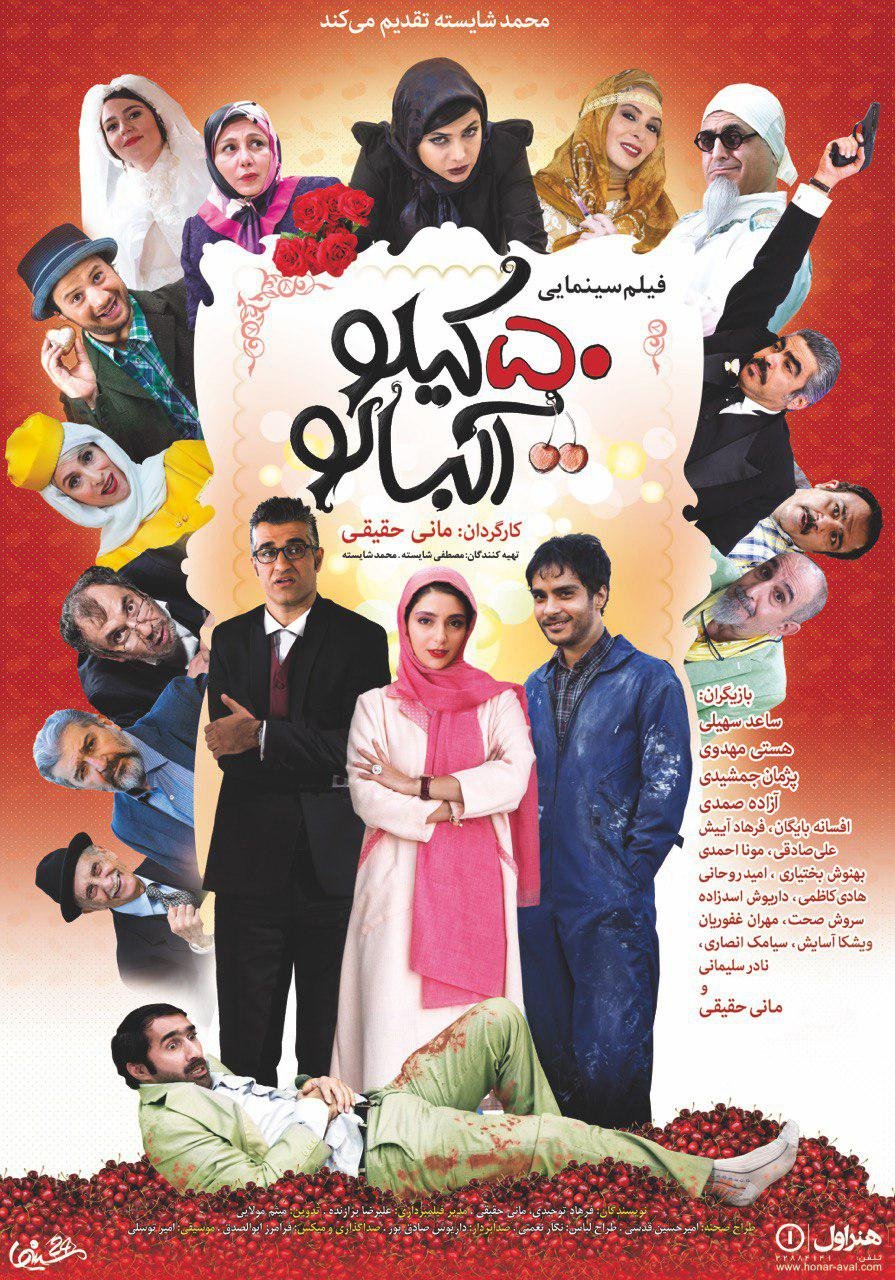 The story starts with a wedding reception for a young woman called Marjan. The cops come amid the wedding ceremony to arrest the criminal groom and take him into custody. Guests begin to panic, and in the chaos, someone throws a glass of cherry juice on Davood’s shirt, leading Majid to believe that police have shot him. So, he brings Davood to a place where he may remove his clothes. Aida (Mahdavifar) comes to the same room, and a police officer notices Aida and Davood together. The cop thinks they’re having an affair, so he arrests them. That’s the point at which the story begins. In Iran, it’s not appropriate for men and women to sleep together before marriage; that’s why the police arrested them. 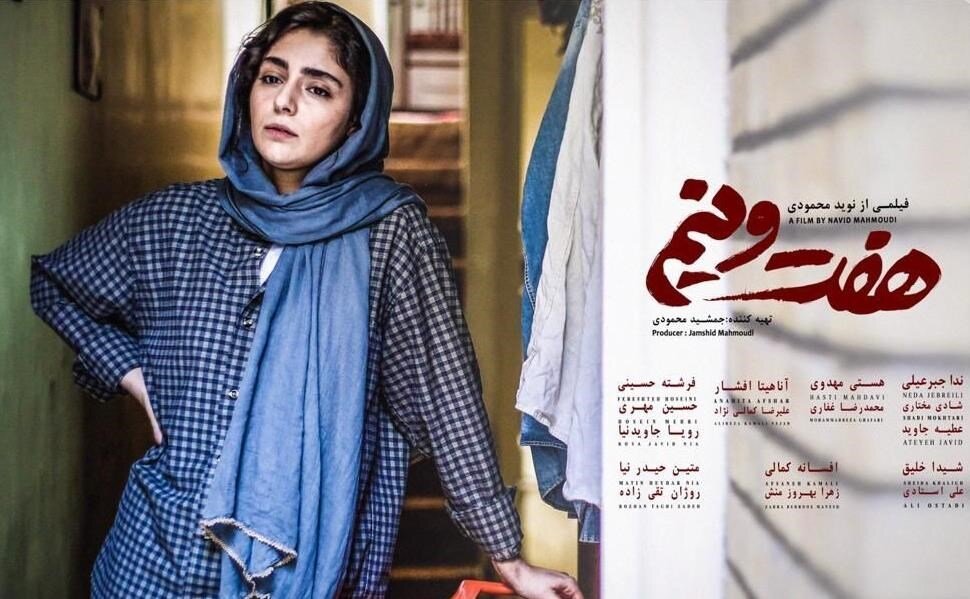 Hasti Mahdavifar acted as Negar in the drama movie “Seven and a Half,” directed by Navid Mahmoudi in 2019. She co-stars with other great actors such as Mohammadreza Ghafari, Anahita Afshar, and Fereshteh Hosseini.

The film covers the story of the lives of seven Afghan and Iranian girls in seven episodes that are arranged in a succession of storylines. It’s the story of girls whose wedding is on Friday night, but every one of them is engaged in some similar issues. This movie depicts the limitations of Iranian and Afghan girls in society and the challenges Afghan refugees face in Iran. Seven young women, Shabaneh, Negar, Nahid, Fereshteh, Niloufar, Rahil, and Shekar, are the focus of this story. Even though everyone had her own unique experience, none of them had a chance to discover love when their fathers forced them into marriage or were raped out of their control.

The film depicts how the topic of virginity impacts these young women’s lives and how their virginity forces them to marry the men who raped them; since, in Iran and Afghanistan, it’s necessary for young women to be virgins before marriage! We recommend you watch this movie to find out more about how women in Iran and Afghanistan face challenges because of patriarchal society.

In the following, we provided a list of Hasti Mahdavifar movies. So, keep reading! 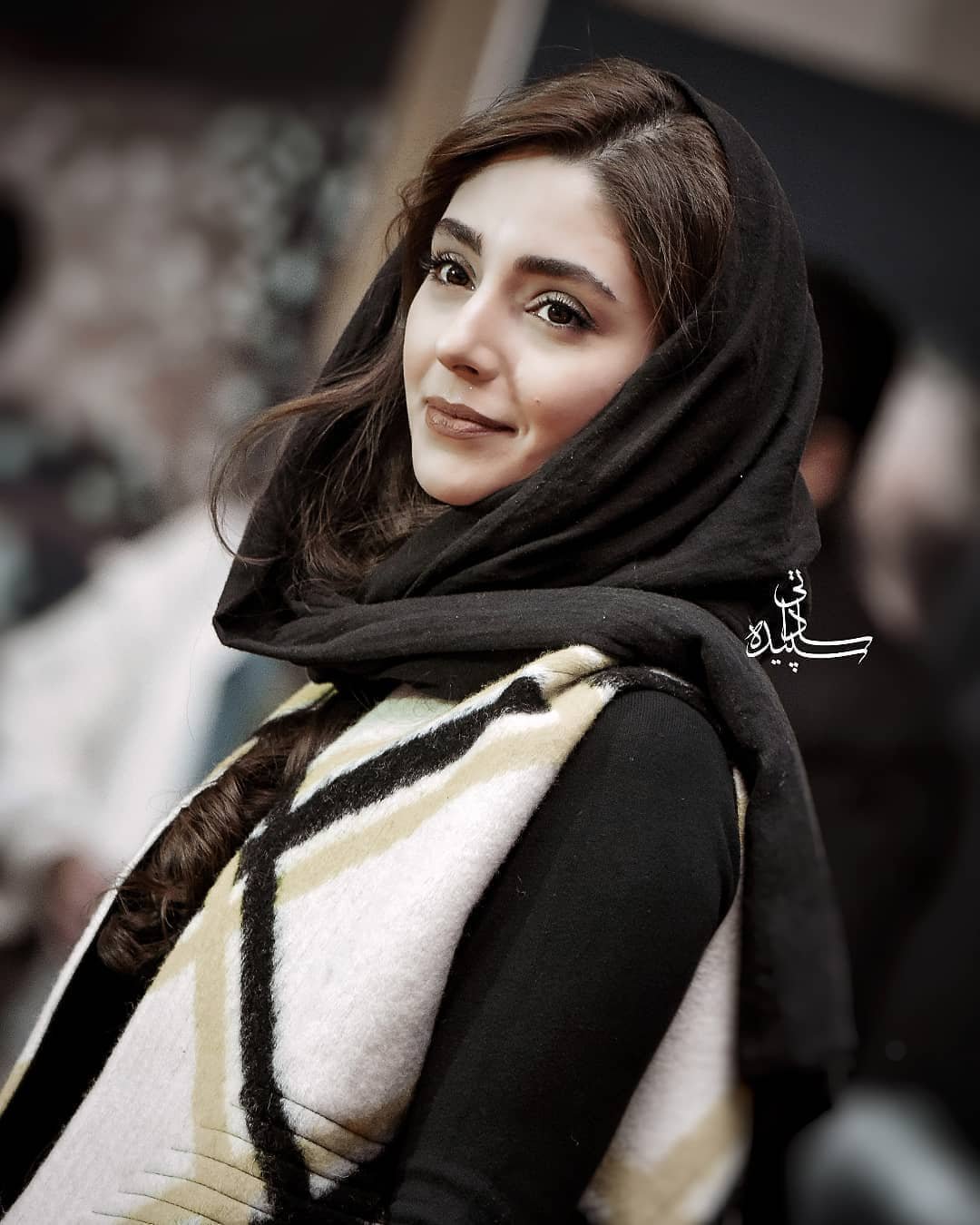 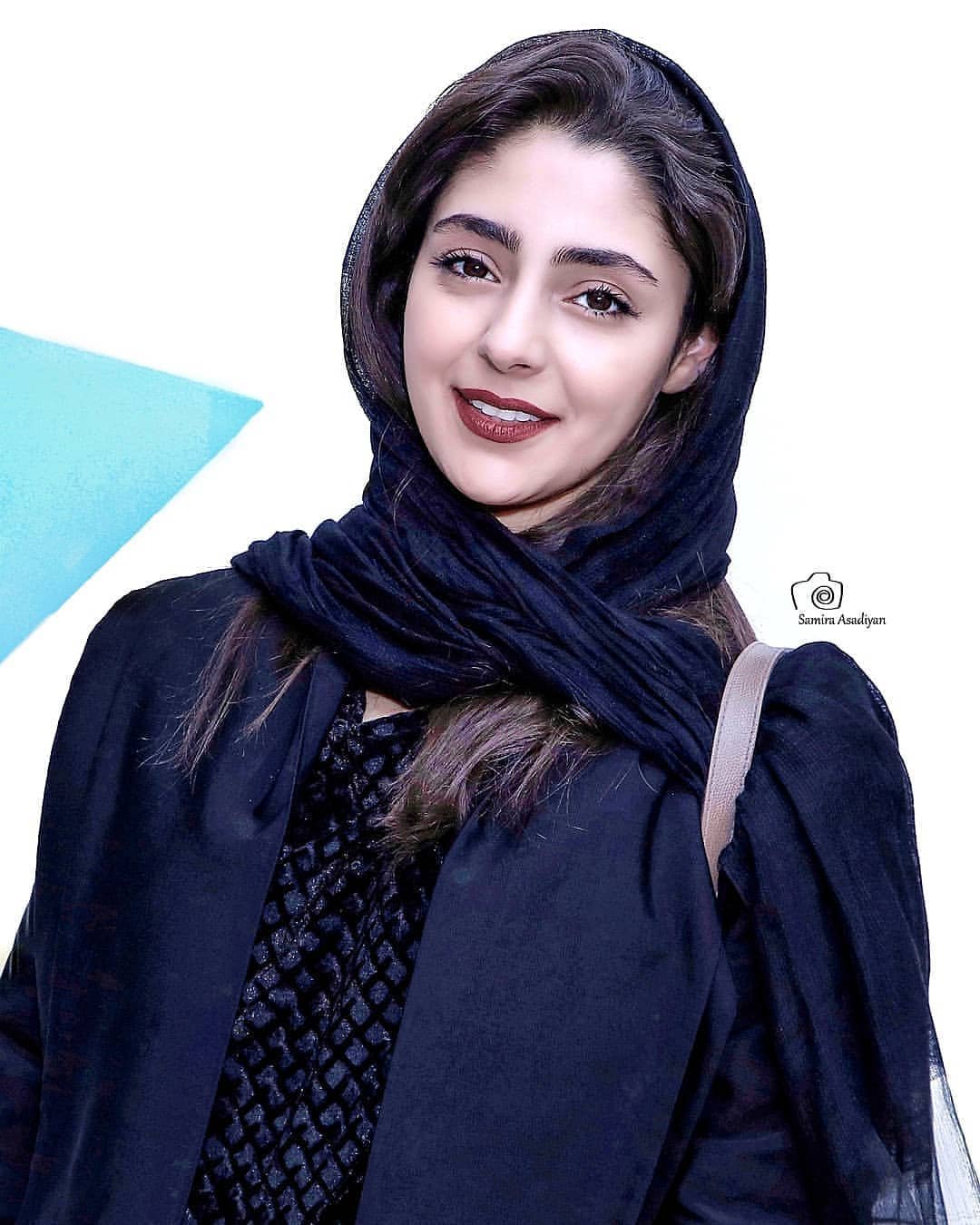 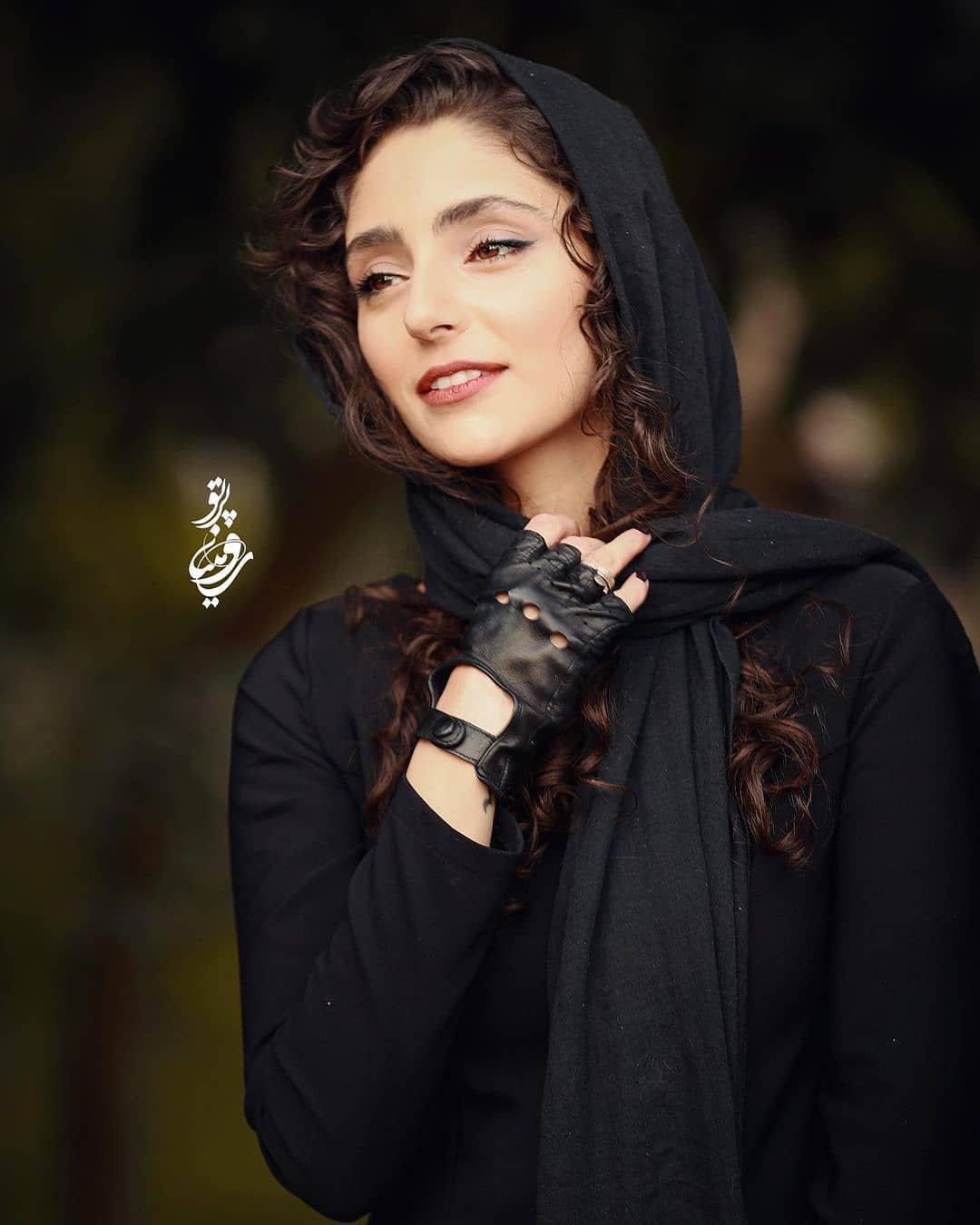