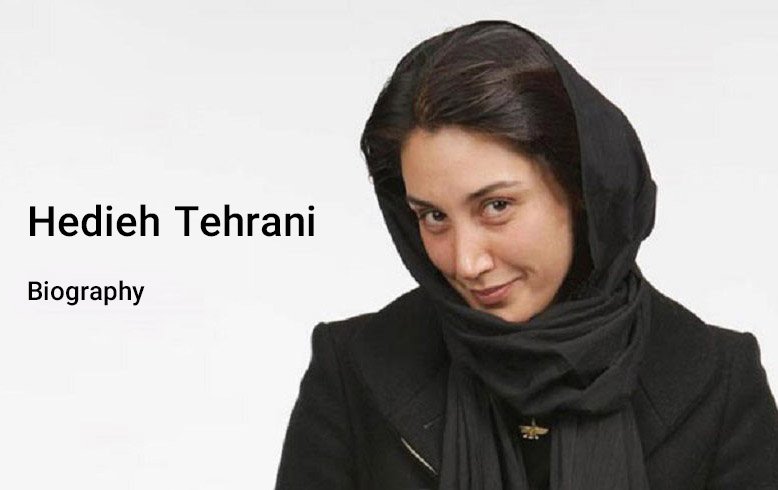 Hedieh Tehrani (Persian: هدیه تهرانی) is an attractive Iranian actress and photographer who was born on June 25, 1972, in Tehran, Iran. Hedieh is a talented actress who has received two Crystal Simorghs from the Fajr Film Festival for her performances. 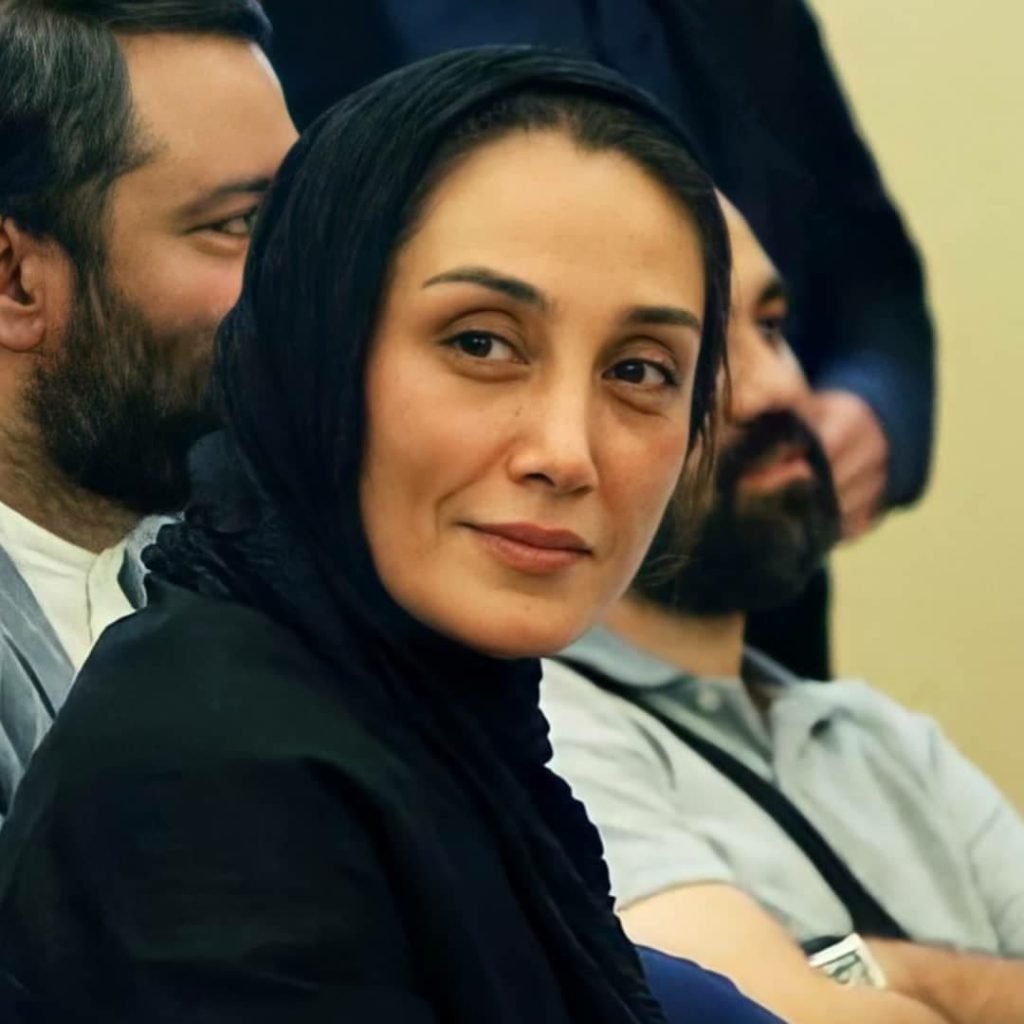 Hedieh Tehrani’s father, Reza Javadieh Tehrani, and her mother are from Gorgan city. Following their marriage, they moved to Tehran, where Hedieh was born.

Hilda, her only sister, is an accomplished writer and poet. 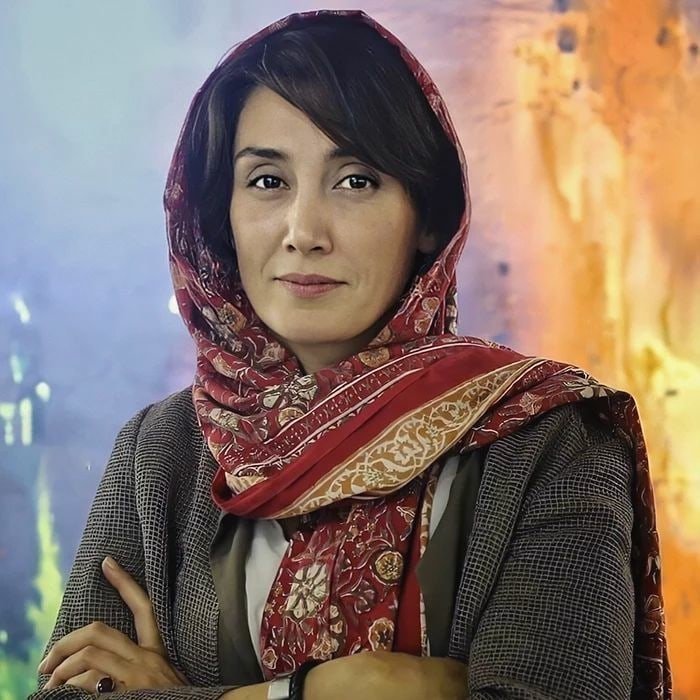 Tehrani is an environmental activist who is passionate and concerned about nature while working hard to inspire people to protect the environment. Interior design is one of her favorite skills, and she spends her free time working on it. She’s particularly fascinated with antique equipment and artifacts, which she uses in her own home.

Apart from performing, Tehrani is a Tai Chi instructor, and in September 2013, she was the vice president of the Tai Chi Women’s Committee. Tehrani is also interested in photography, and she organized a photo exhibition in 2009 to display her work. 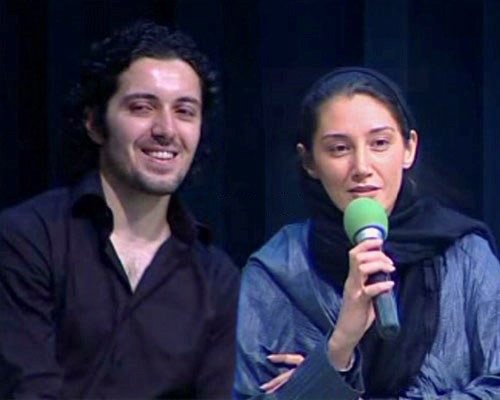 In 2007, when she was 35 years old, Hedieh married Hooman Behmanesh, a 27-year-old cinematographer. However, their marriage lasted less than a year. After the divorce, Behmanesh got married, but Tehrani is still single. 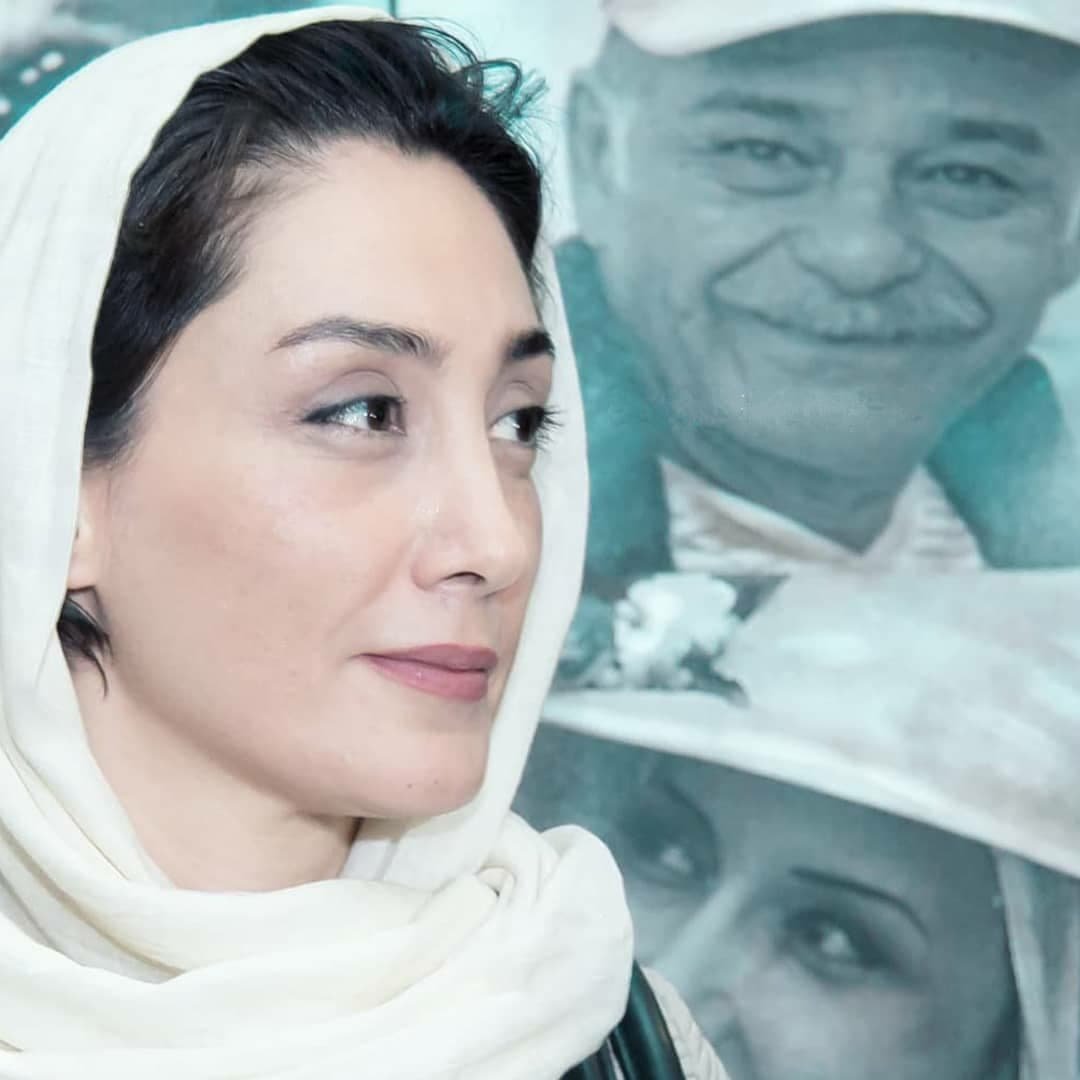 Hedieh Tehrani entered the acting world accidentally and by luck. Actually, she was heading inside the shop to get a mat for her home when two persons were staring at her from the shelves. Azita Hajian and Mohammad Reza Sharifinia, two of Iran’s cinema superstars, were the ones who were staring at her. They approached Hedieh and suggested her an acting job. Although she first turned down their offer, they managed to get her mother’s contact information and didn’t give up on her. 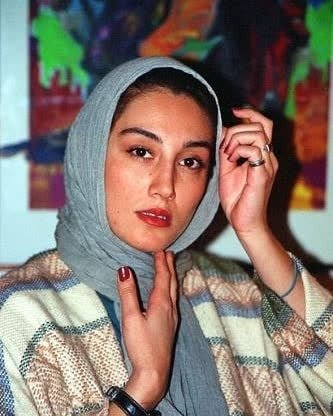 In 1995, Hedieh was offered a part in the film “The Fateful Day,” but she turned it down since she was supposed to appear only in a brief scene. Then, in the 1996 film “Soltan,” directed by Masoud Kimiai, she made her major film debut, playing the role of Maryam. The Iranian actress, Hedieh Tehrani, shined so brilliantly in her second acting experience, the 1997 film “As a Stranger,” that she received the attention of authors and film reviewers for her performance. 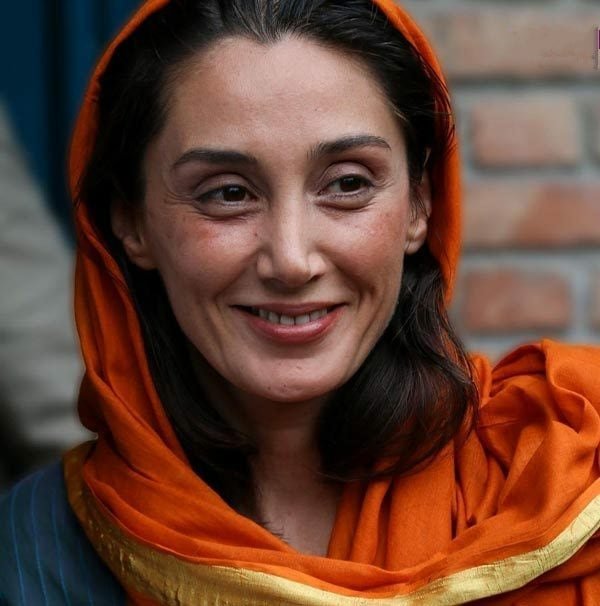 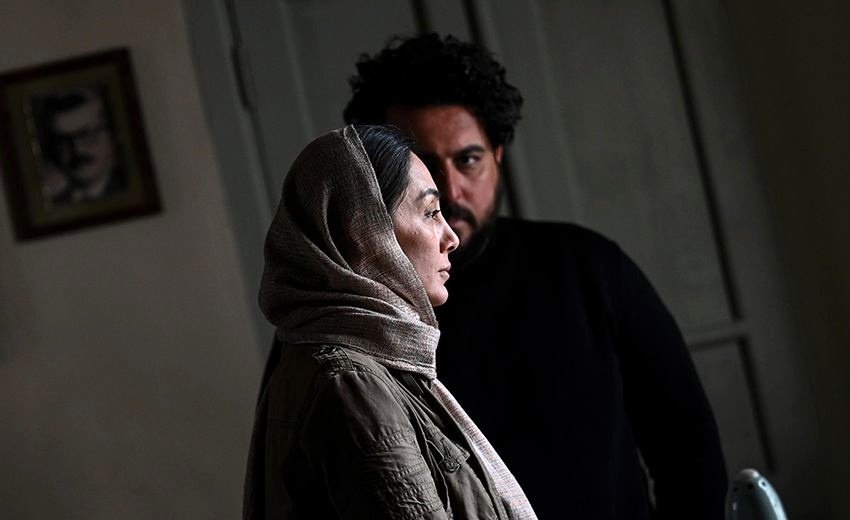 So far, Hedieh Tehrani has not made an appearance on national television, but she has the experience of acting for the Home Video series. In 2012, she appeared in the Home Video series “Icy Heart 3.” In 2020, Hedieh acted in another Home Television series, “The Accomplice,” where she co-starred with Parviz Parastui.

Hedieh Tehrani acted in several memorable movies, which we will introduce to you in the following. 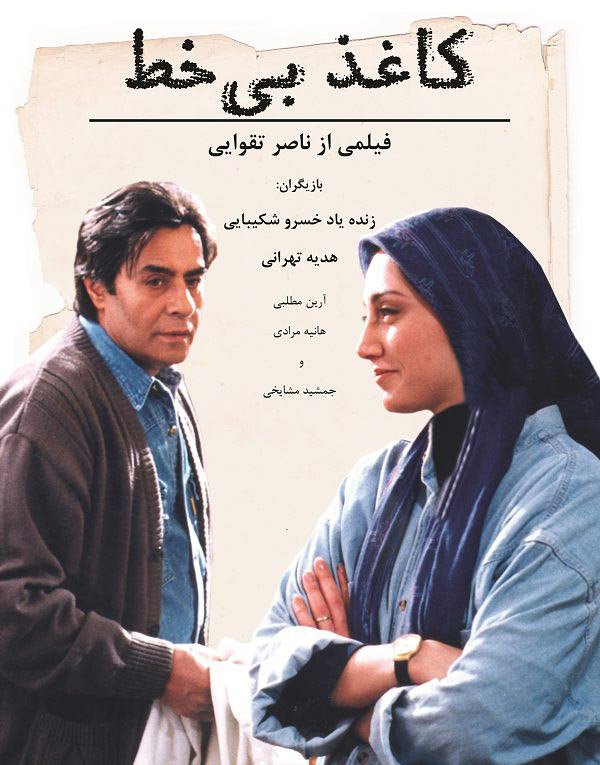 In 2002, Hedieh Tehrani acted as Roya in “Unruled Paper,” directed by   Naser Taghvai. The performance of Tehrani in this film has received a lot of positive feedback from reviewers. In 2001, The Crystal Phoenix Award had nominated her for the Best Actress Award at the 20th Fajr International Film Festival. The film has an all-star ensemble of Iranian actors and has gotten positive reviews in Iran. Various reviews have praised the film’s dialogue for being witty, thought-provoking while having a natural and robust language that you can find throughout the movie prevalently.

The story is about Jahangir, an architect, and his wife, Roya, a housewife. Jahangir is working on a project that he first offered to Roya as a villa on an island, but Roya has subsequently found that it’s a jail camp. After a heated conflict between them, Jahangir reveals that he’s profoundly displeased with this project, and even his colleagues have named the jail Jahngir’s Villa. After an argument between Jahangir and Roya, who have been married for twelve years, the issue of how well they know each other and why Jahangir responds anxiously to Roya’s interest in his past gets more challenging. 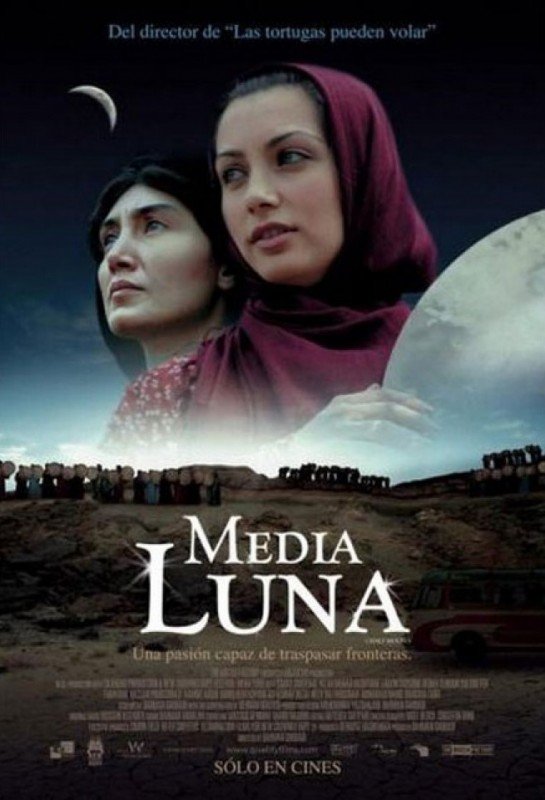 In 2006, Hedieh Tehrani acted as Hesho in ” Half Moon,” directed by Bahman Ghobadi. She co-starred with Golshifteh Farahani and Allah‑Morad Rashtian. The story is about Mamo, a Kurd artist who is living in Iran. He decides to have a performance in Iraqi Kurdistan. The village’s elders tell him that something dreadful will happen to him once the moon reaches full and beg him not to continue with his plan.

After many months of developing the red-tape, he undertakes a lengthy and risky trip with his sons. Along the journey, the team picks up a female singer named Hesho, who lives in a settlement of 1,334 exiled women singers. This issue adds to the complexity of the journey since Hesho didn’t have the authority to proceed into Iraq. Despite all these challenges, Mamo is determined to continue his journey over the border. 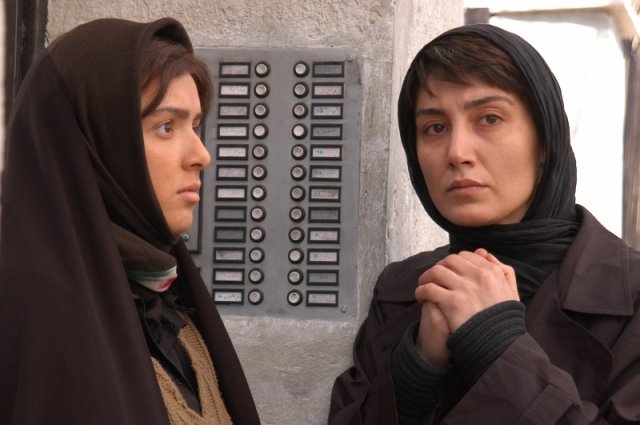 In 2006, Hedieh Tehrani acted as Mozhdeh in “Fireworks Wednesday,” directed by Asghar Farhadi. She co-stars with Taraneh Alidousti and Hamid Farokhnezhad in this movie. Tehrani won the Crystal Simorgh for Best actress in Fajr International Film Festival in 2006 for her performance in this film. Also, this movie received numerous local and international awards. 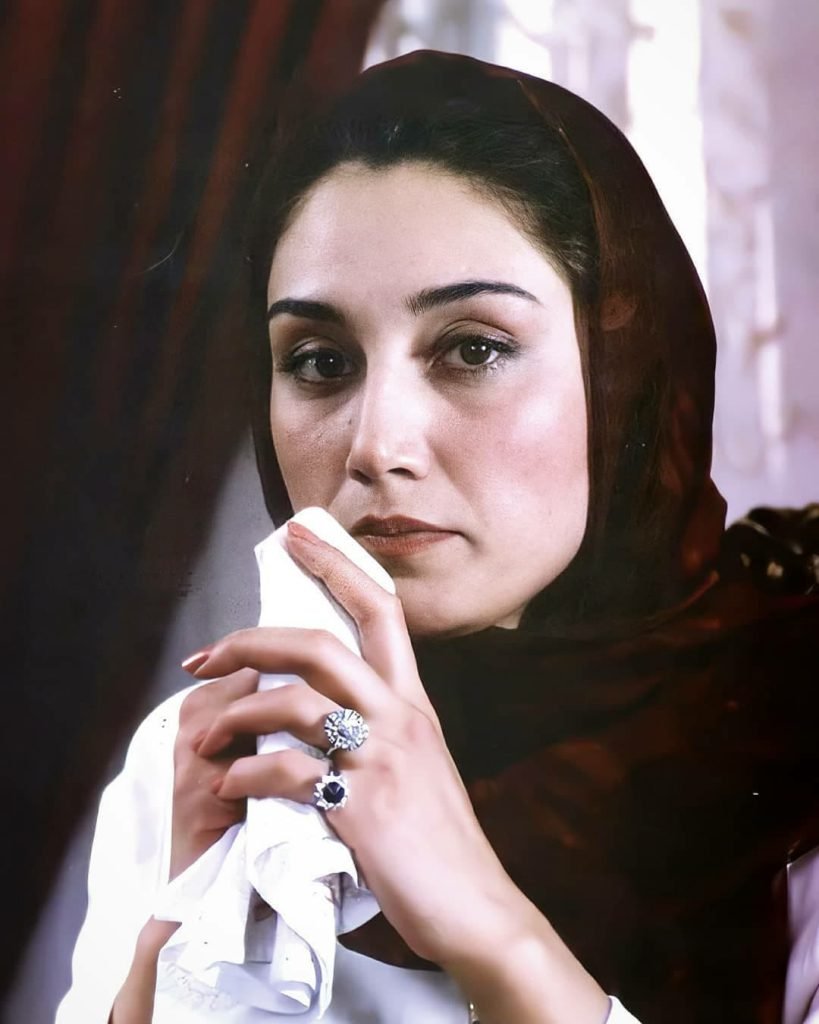 During their preparations for their trip to Dubai the morning after Chaharshanbe Suri (a holiday celebrated on the evening of the Wednesday before Nowruz), Mozhdeh and Morteza Samiei experience a series of ups and downs. Morteza asks Rouhi, a maid, to assist him and his wife clean their flat. Doing her work, Rouhi gradually understands what is taking on between the two: After seeing Simin’s phone number in the logs, Mozhdeh becomes suspicious that Morteza is having an affair with their divorced neighbor, Simin, behind her back. While Mozhdeh tries to spy on Simin and Morteza to find out the truth, Morteza sees her and beats Mozhdeh in public. Try to watch this drama film because it’s worths it. You can download the movie with English subtitles easily. 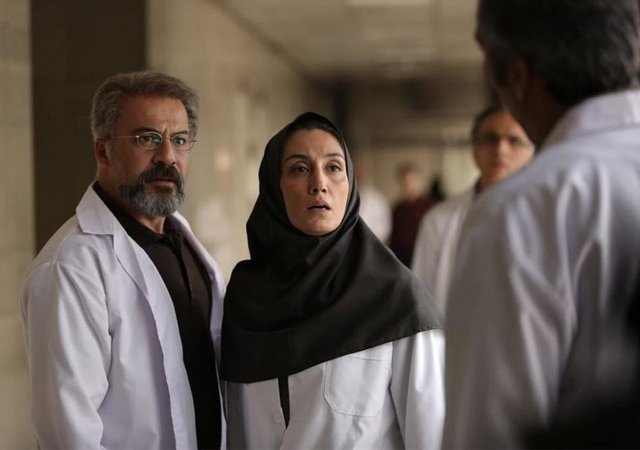 Hedieh Tehrani acted as Sayeh in “No Date, No Signature,” directed by Vahid Jalilvand. She co-starred with Navid Mohammadzadeh and Amir Aghaei. This movie received the Grand Prix in the International Competition of the 2018 Brussels International Film Festival. Dr. Kaveh Nariman (Amir Aghaei) gets involved in an accident with a motorbike that a family was on it. It seems that none of the family members suffer any injuries. However, the next day, while he was working at the hospital, he comes across the corpse of a little boy from the same family, but he refuses to meet the kid’s family to find out the primary reason for the boy’s death.

We provided a list of Hedieh Tehrani’s films in the following, so keep reading the article to the end. 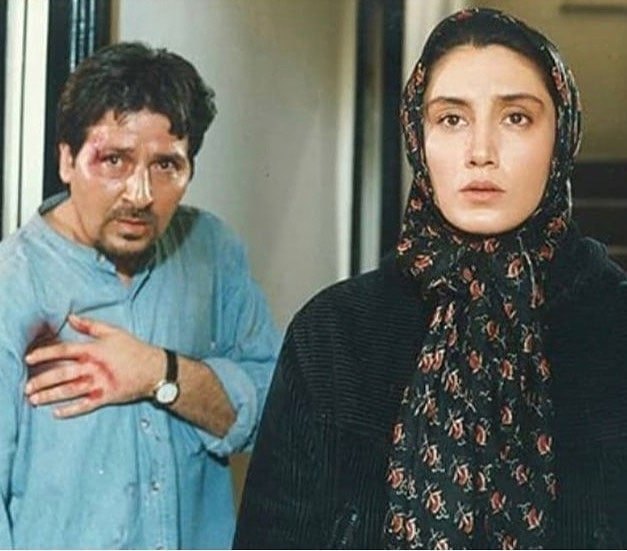 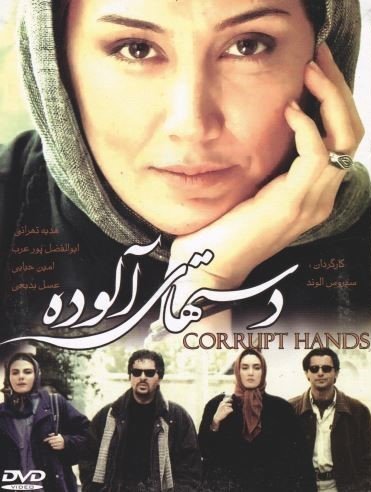 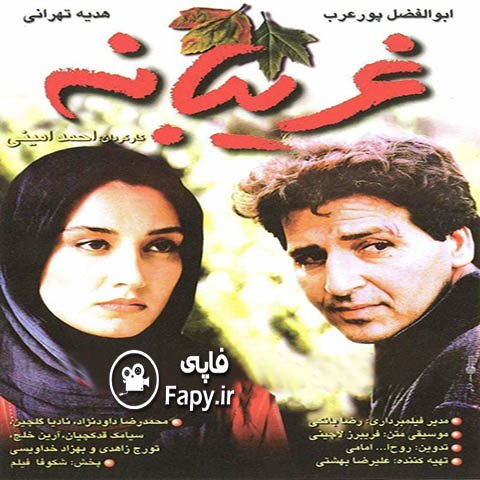 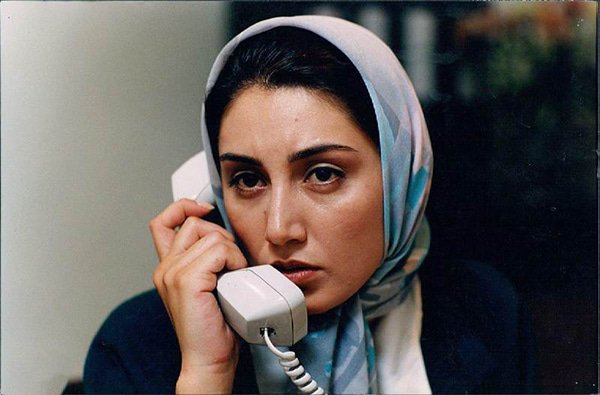 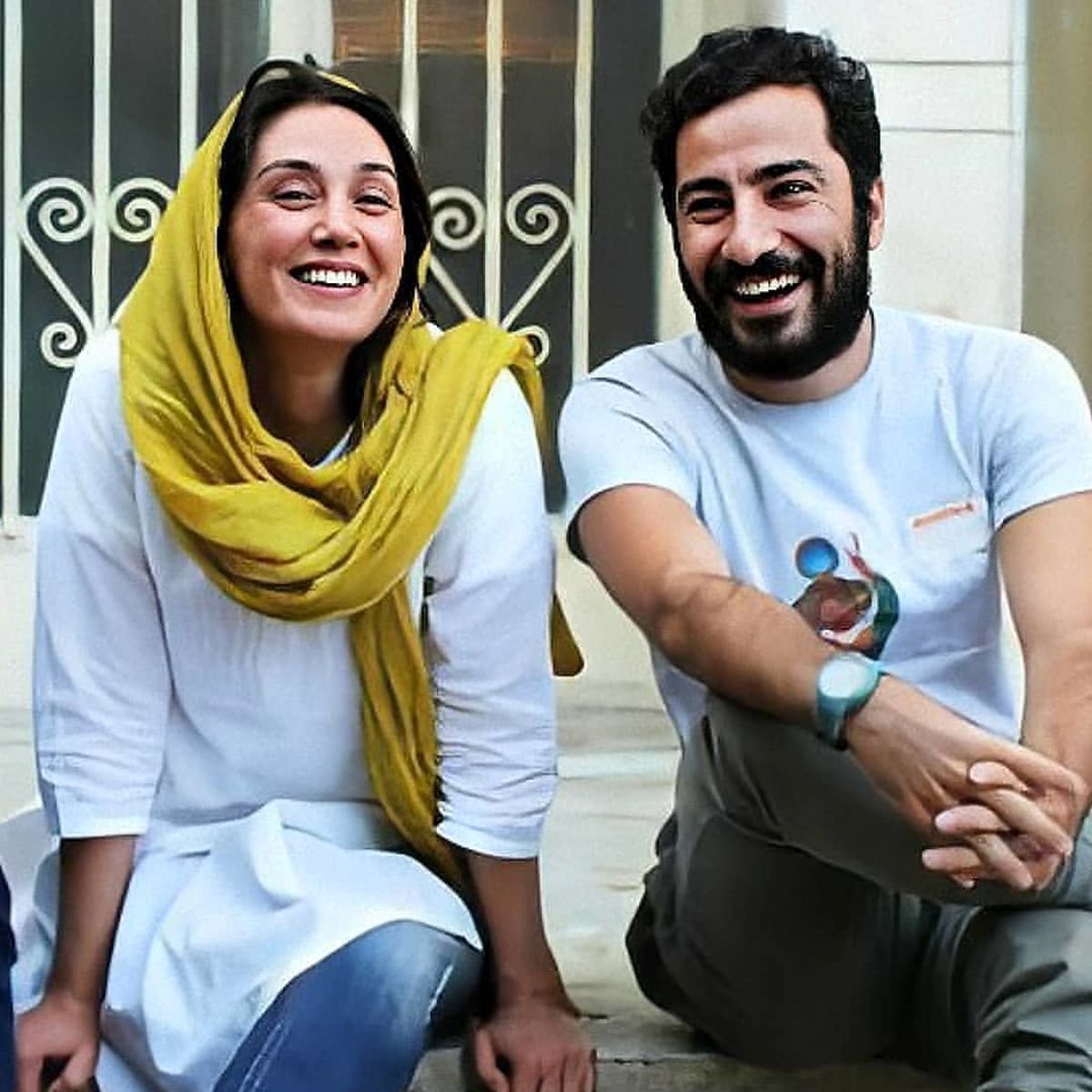 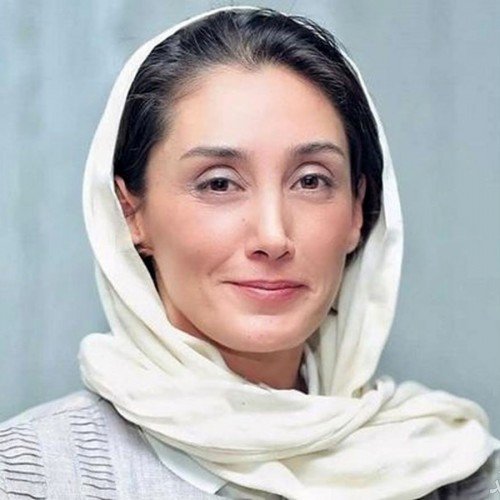 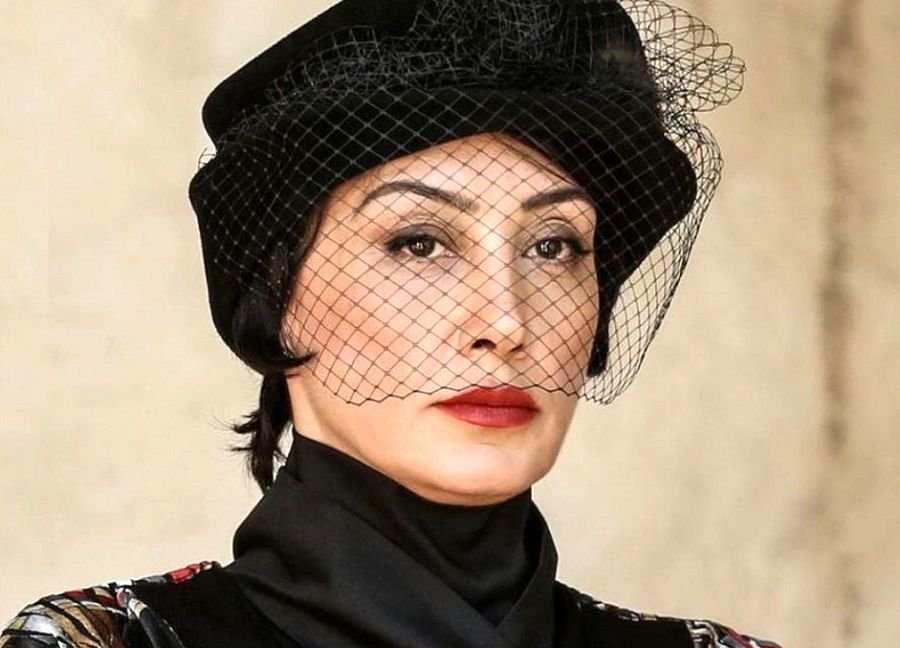 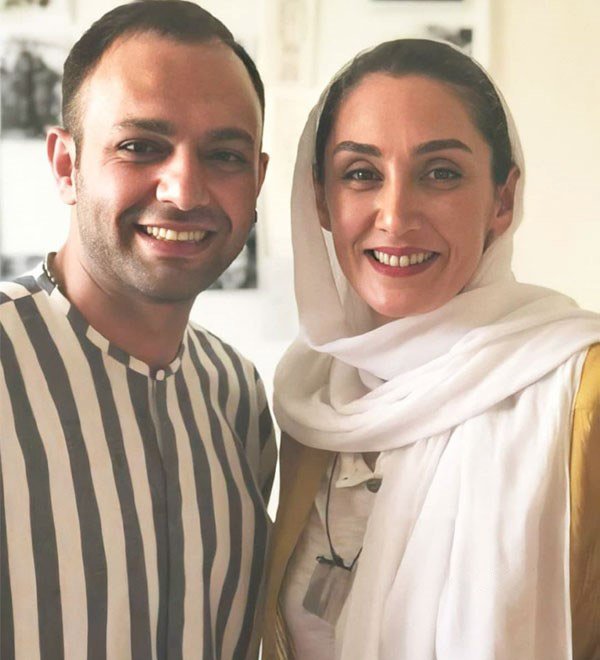 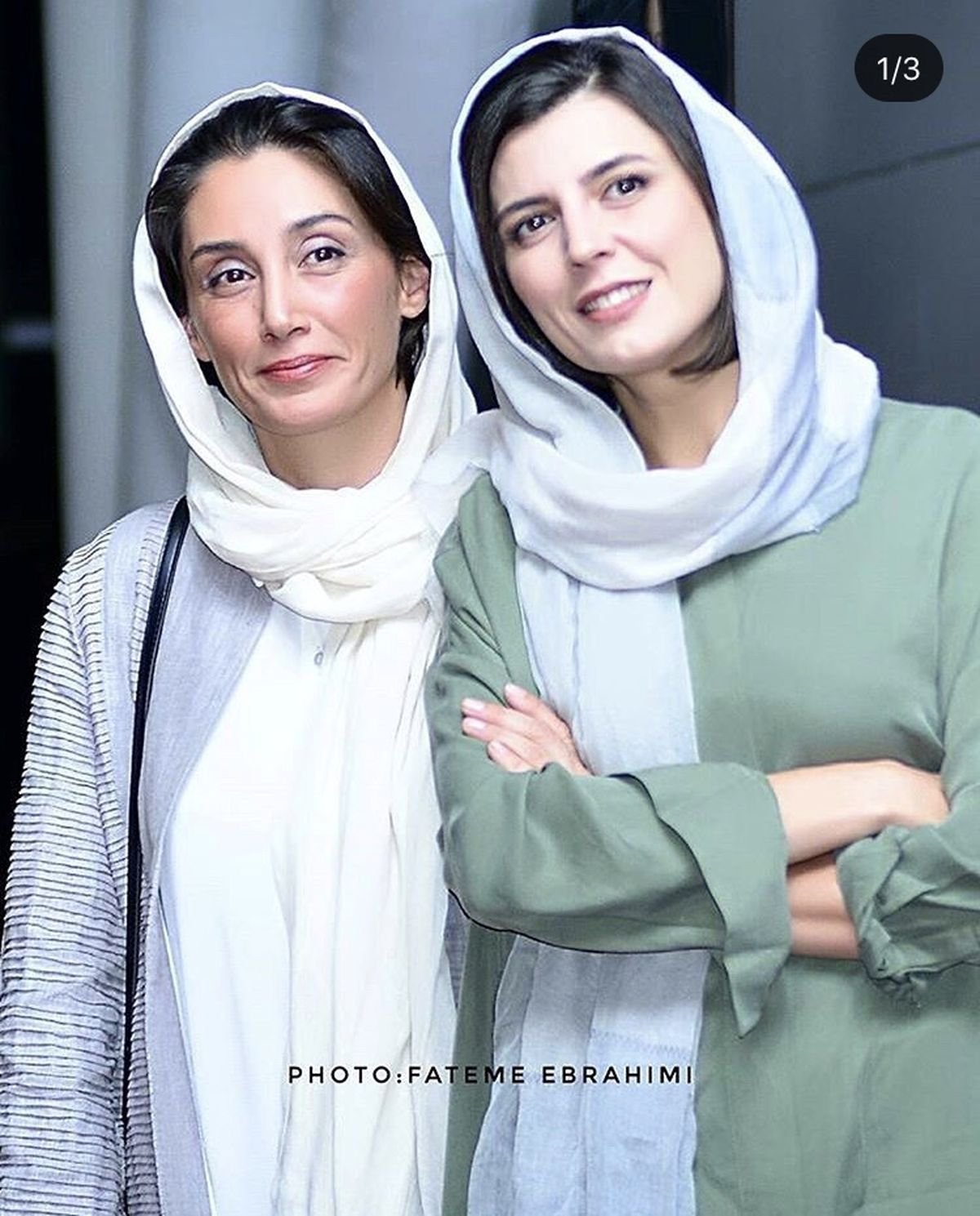 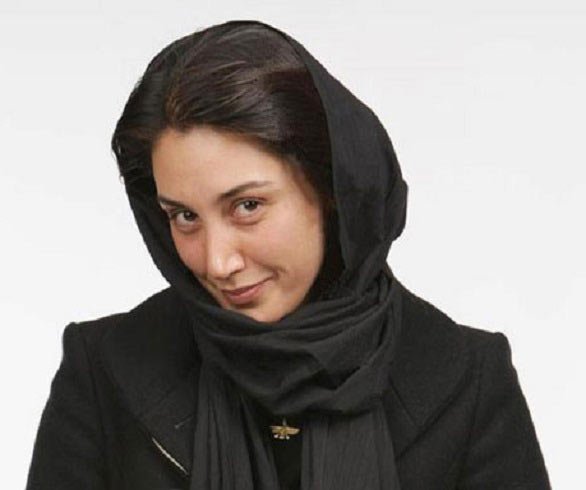 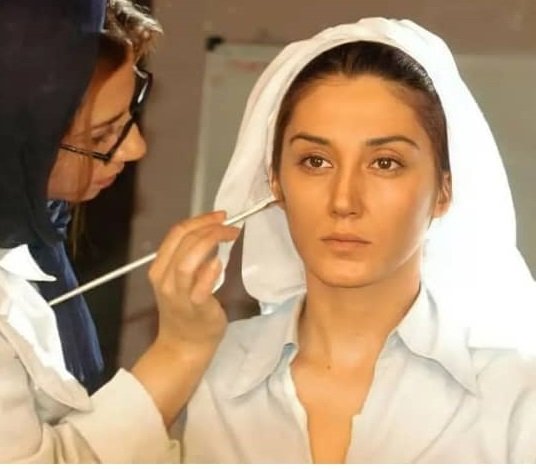