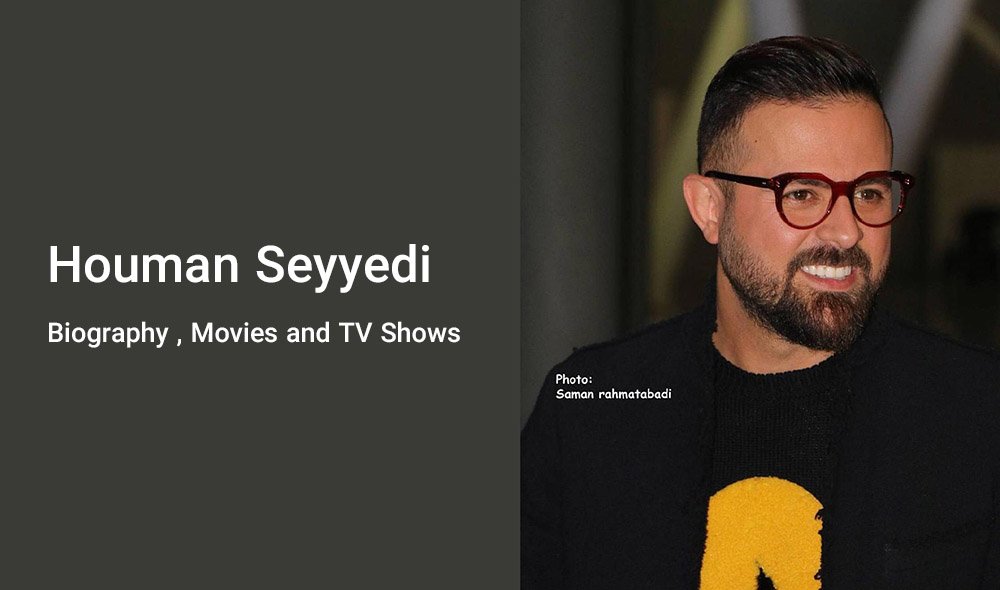 This famous and talented Iranian actor or director has won five Simorgh awards at the Fajr Film Festivals.

His mother is former navy personnel, while his father is a retired employee of the Keshavazi Bank. 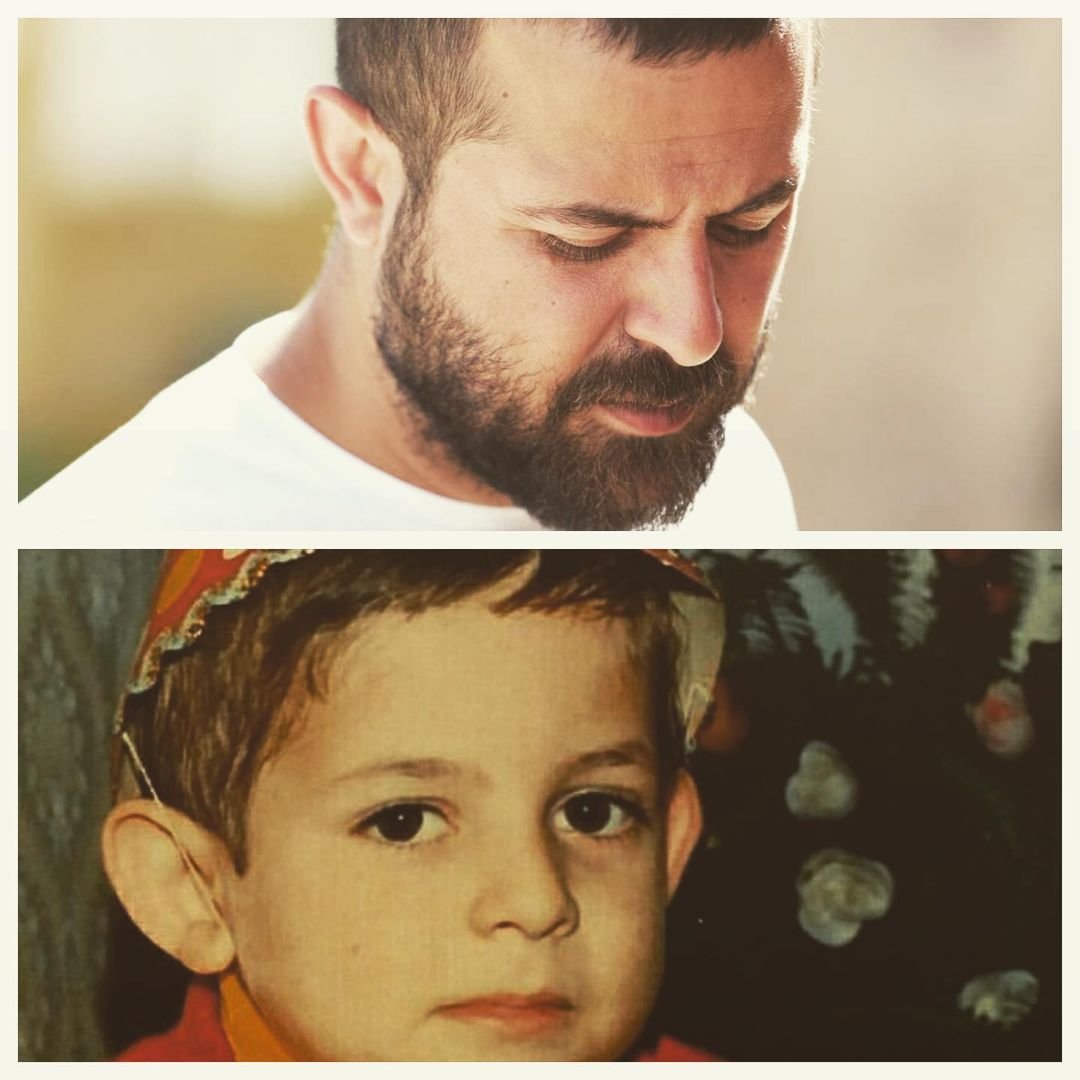 After graduating from high school and earning a diploma in graphic design, Houman Seyyedi began his filmmaking career by taking lessons at the Rasht Young Cinema Association and directing some short films for the organization.

After a while, he and his family moved to Tehran and began taking acting lessons of Parviz Parastui.

Beginning of His Acting Career 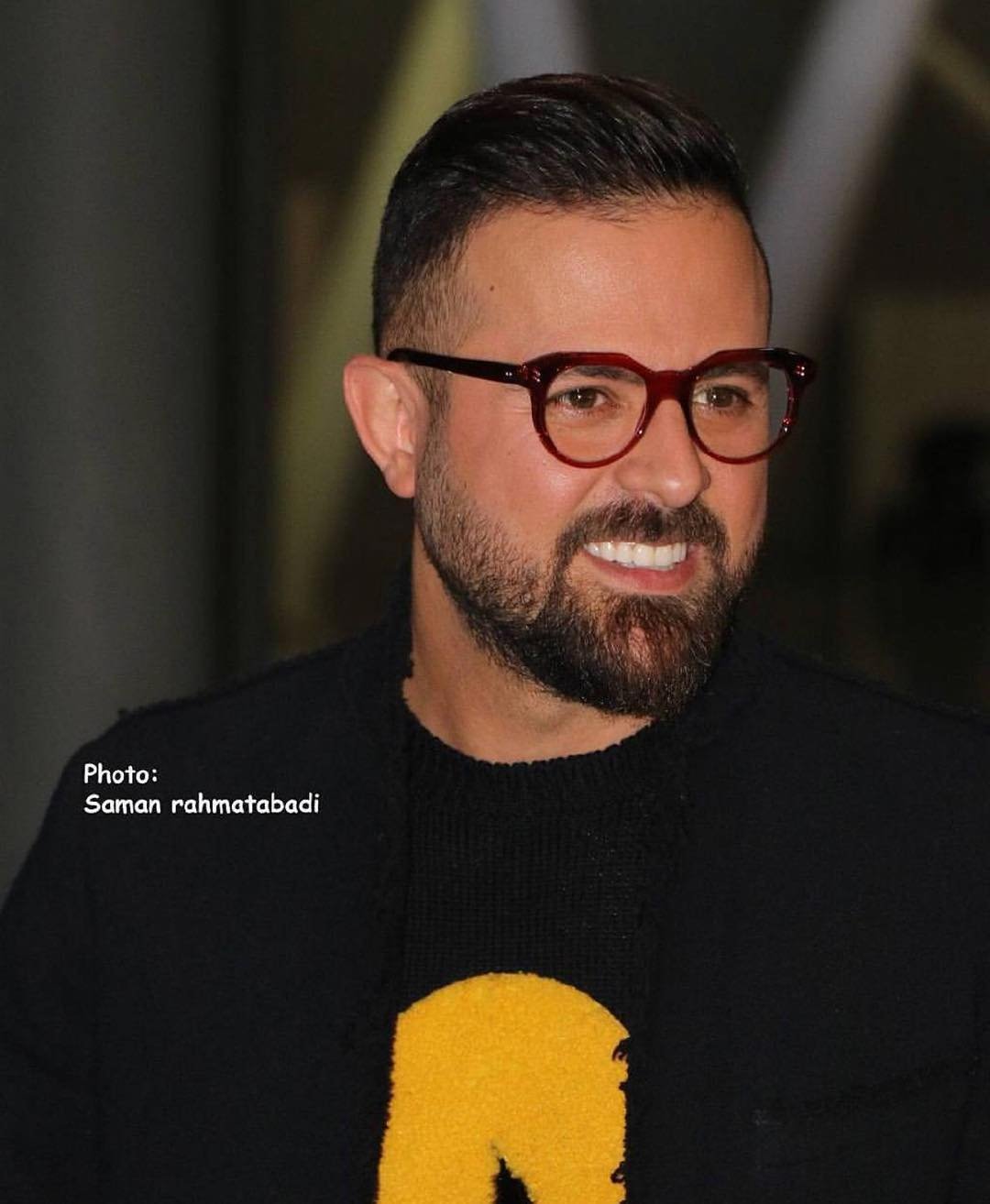 In 2004, Seyyedi was 24 years old when he passed the Kamal Tabrizi test and made his acting debut in the film “A Piece of Bread.”

A year later, Seyyedi appeared in a brief role in the 2005 film “Fireworks Wednesday” directed by Asghar Farhadi.

Houman’s popularity started with the 2005 film “Barefoot in Heaven,” directed by Bahram Tavakoli, which earned him a nomination for the Best Actor Award at the Cinema House Festival. 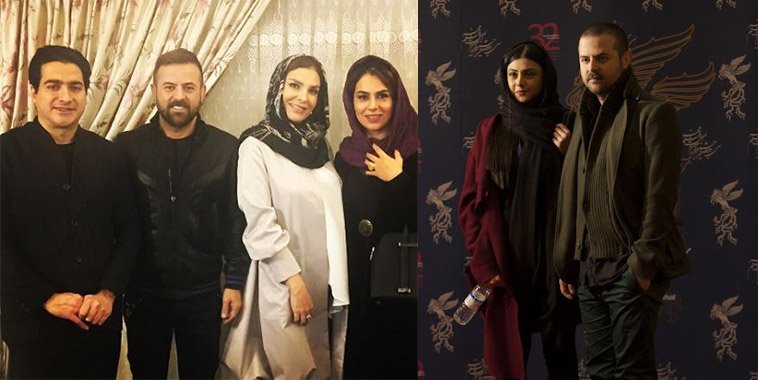 Seyyedi has been married twice, and his first spouse was Azadeh Samadi. But his current wife is Bita Aslani; both these women are stars in Iran’s cinema.

The two met while taking acting courses at the Karnameh Institute. They finally fell in love and married when they were still relatively unknown.

After seven years of living together, the couple ultimately decided to separate in 2013.

In 2014, Seyyedi had his second marriage and, in secret, married Bita Aslani. In autumn 2017, Hamed Behdad congratulated them because of the birth of their daughter, Nil, and that’s how Seyyedi’s second marriage became public.

His first appearance on national television was in “Endless Path,” which was followed by “Up to the Sky,” and his last appearance was in “Mehr Abad,” which aired in 2012.

Houman Seyyedi as a Director 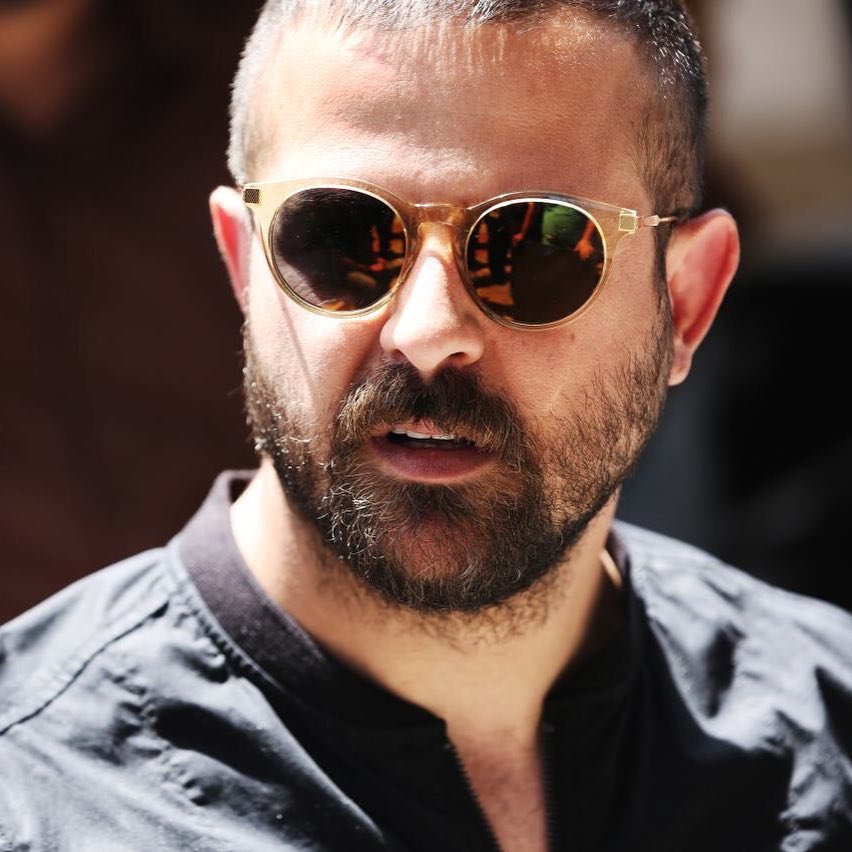 In 2010, he directed the highly lauded film “Africa,” which was a big success.

The film “Africa,” presented at the Fajr Film Festival in 2010, earned the Best Film Award. Also, while Azadeh Samadi, who played the lead character, received the Best Actress Award.

Seyyedi is one of the most attractive actors in Iran’s cinema, and he makes every effort to shine in his own unique way.

Seyyedi has become one of the best-known acting instructors in Iran. Navid Mohammadzadeh, Amir Jadidi, and Yasna Mirtahmasb were actors he presented in his first two films as a director, and now these actors are famous and successful. 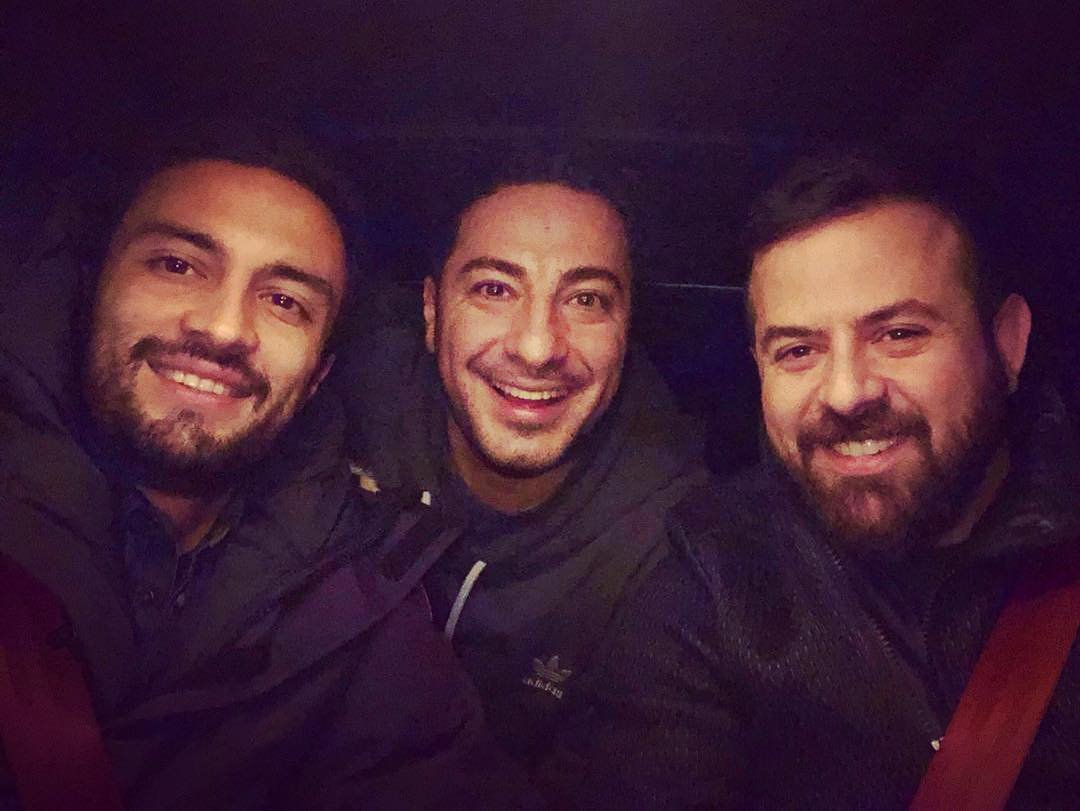 Houman believes Mohammad Reza Golzar is now the greatest Iranian superstar since he has all the qualities of a superstar, and many Iranian fans adore him.

He also believes the second great actor in Iran’s cinema is Navid Mohammadzadeh, who can bring many audiences to the cinema.

In the following, we will review Houman Seyyedi’s movies in detail.

Seyyedi in “A Piece of Bread” 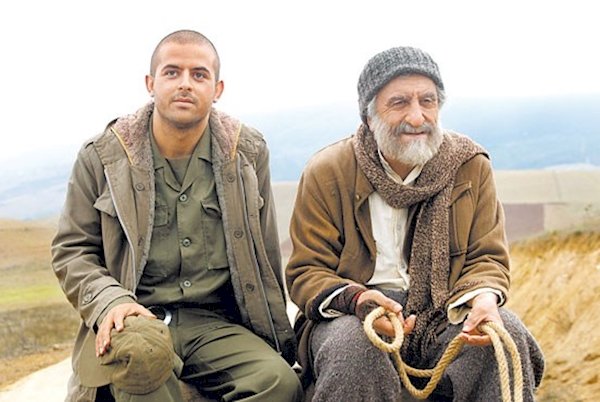 In 2004, Seyyedi acted as a calm soldier in “A Piece of Bread,” directed by Kamal Tabrizi.

He depicts a peaceful soldier serving in a distant section of the country in this movie. 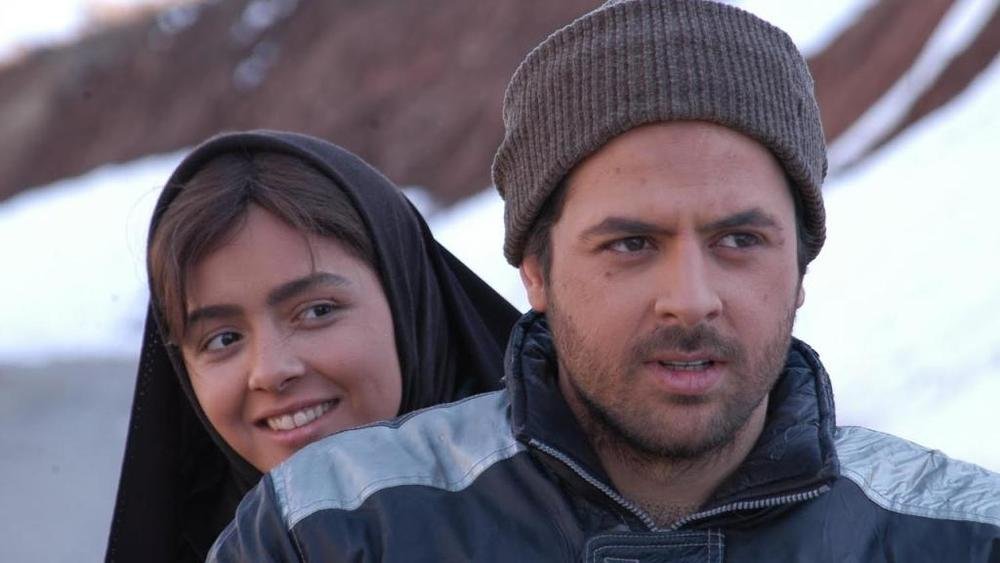 Houman Seyyedi acted as AbdolReza in the movie “Fireworks Wednesday,” directed by Asghar Farhadi in 2006.

The movie depicts Mozhdeh and Morteza, a troubled couple; Morteza employs a young lady called Rouhi to do the cleaning for them. After a while, Rouhi figures out what’s going on between this couple.

Morteza is aggressive and once beat Mozhdeh in public, leading Mozhdeh to leave him. Finally, Rouhi finds out Morteza is cheating on Mozhdeh by another lady named Simin, their neighbor, but chooses not to inform Mozhdeh. 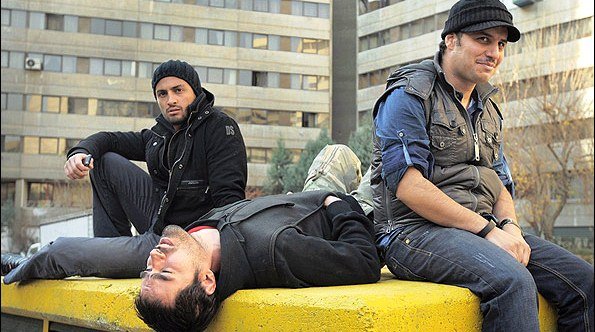 In 2013, Houman Seyyedi directed “Africa.” This movie was his first experience of directing and gained numerous audiences.

The movie is about three young offenders ordered to keep a girl locked up in a home until her brother’s debts are paid off in full.

In this movie, he casts A-list actors such as Shahab Hosseini, Javad Ezzati, Amir Jadidi, and Azadeh Samadi.

Amir Jadidi, who is now a well-known Iranian actor, was introduced to Iranian cinema for the first time by acting in Seyyedi’s particular film. 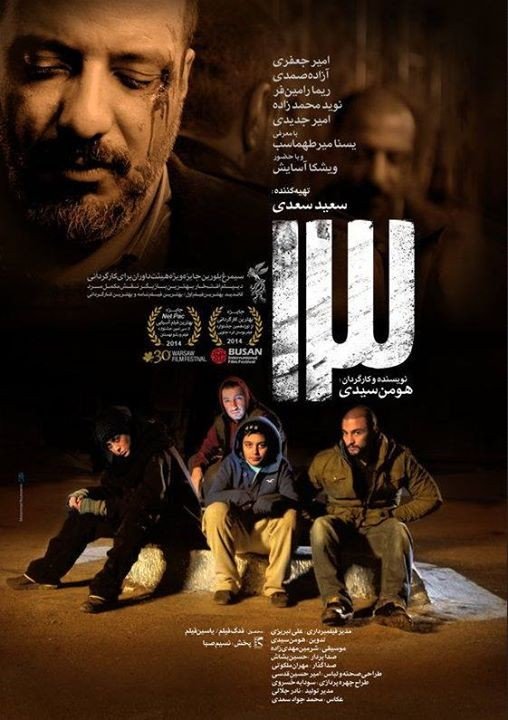 In 2014, Seyyedi directed and acted in the movie “Thirteen.”

“Thirteen” was the second experience of Seyyedi in directing.

The story is about a boy called Bemani, who is 13 years old; he’s growing up in a home where his parents are on the verge of divorce. The mother has left the house, and the father is busy with his job all the time.

The loneliness and complications that have grown for Bemani force him to seek shelter in older teens, creating a shift that alters his true self.

Seyyedi and “Confessions of My Dangerous Mind” 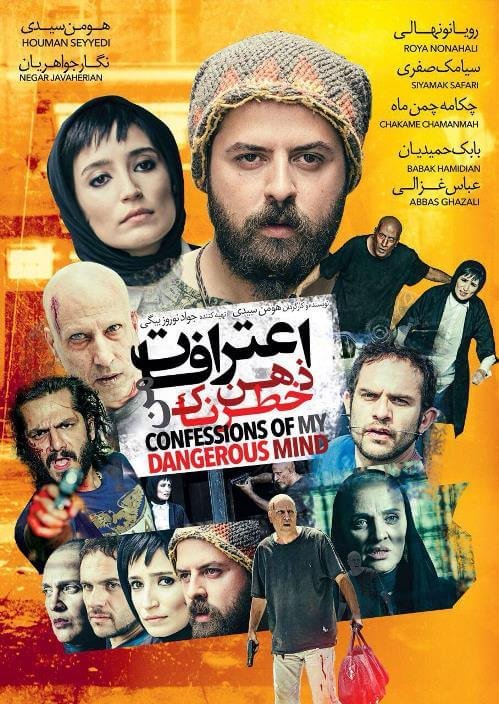 In 2015, Seyyedi directed and acted in “Confessions of My Dangerous Mind.”

” Confessions of My Dangerous Mind” is about a boy who is the film’s main character and is under the influence of a chemical drug.

He has hallucinations, mental disorientation and is unable to recall the events of the previous day, which causes him to have disputes with others around him.

Seyyedi uses talented stars such as Roya Nonahali, Mitra Hajjar, and Babak Hamidian in his movie.

Seyyedi and “Sound and Fury” 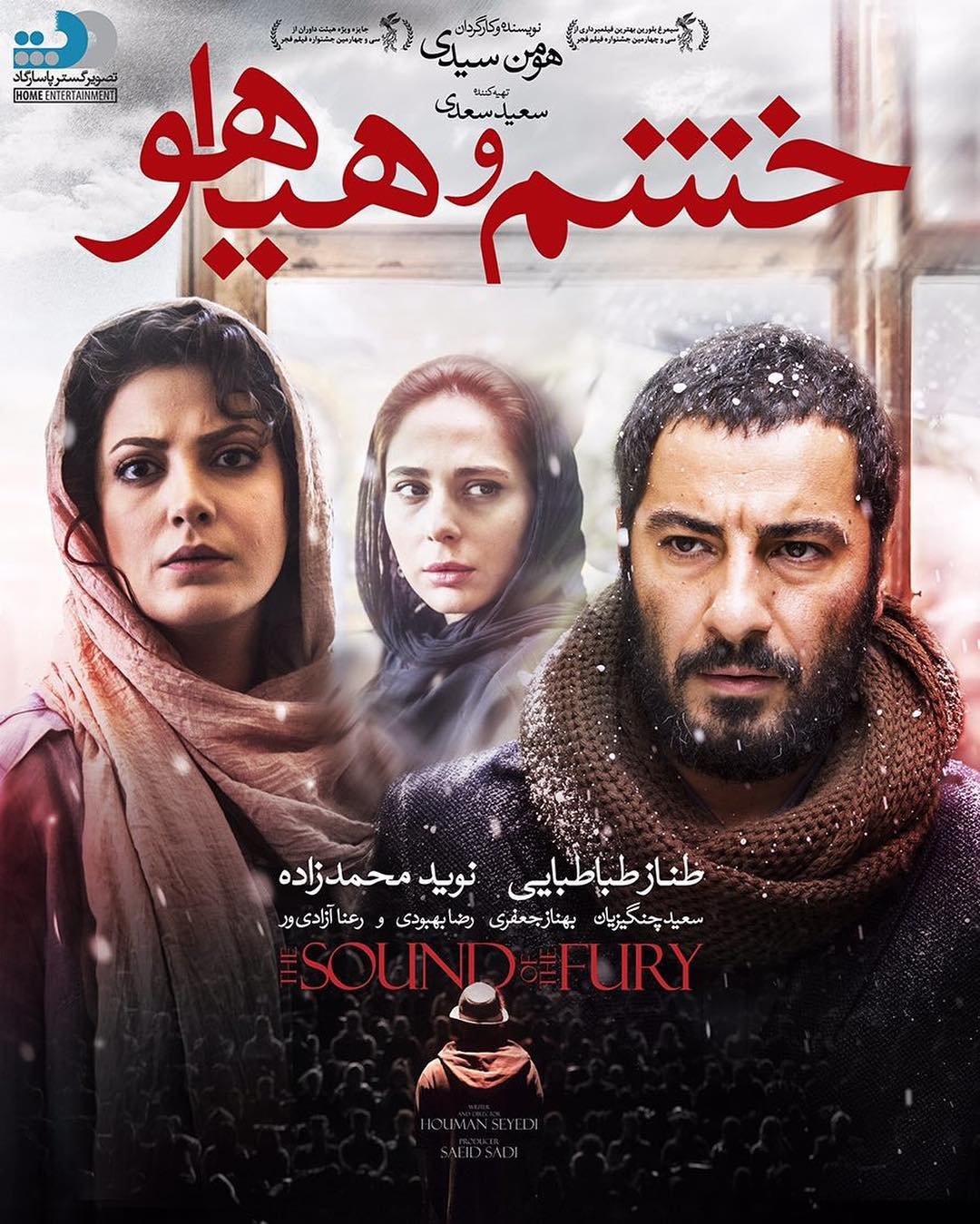 In 2016, Seyyedi directed “Sound and Fury” and won a special jury prize at the Fajr Film Festival.

Don’t expect too much from others, as I’ve learned through experience! An intricate and criminal story of a singer is told through the lens of this film.

Rage and Fury, by William Faulkner, is the inspiration for this novel’s storytelling style.

As usual, this young and successful director used talented stars such as Tannaz Tabatabaei, Navid Mohammadzadeh, and Behnaz Jafari in “Sound and Fury.” 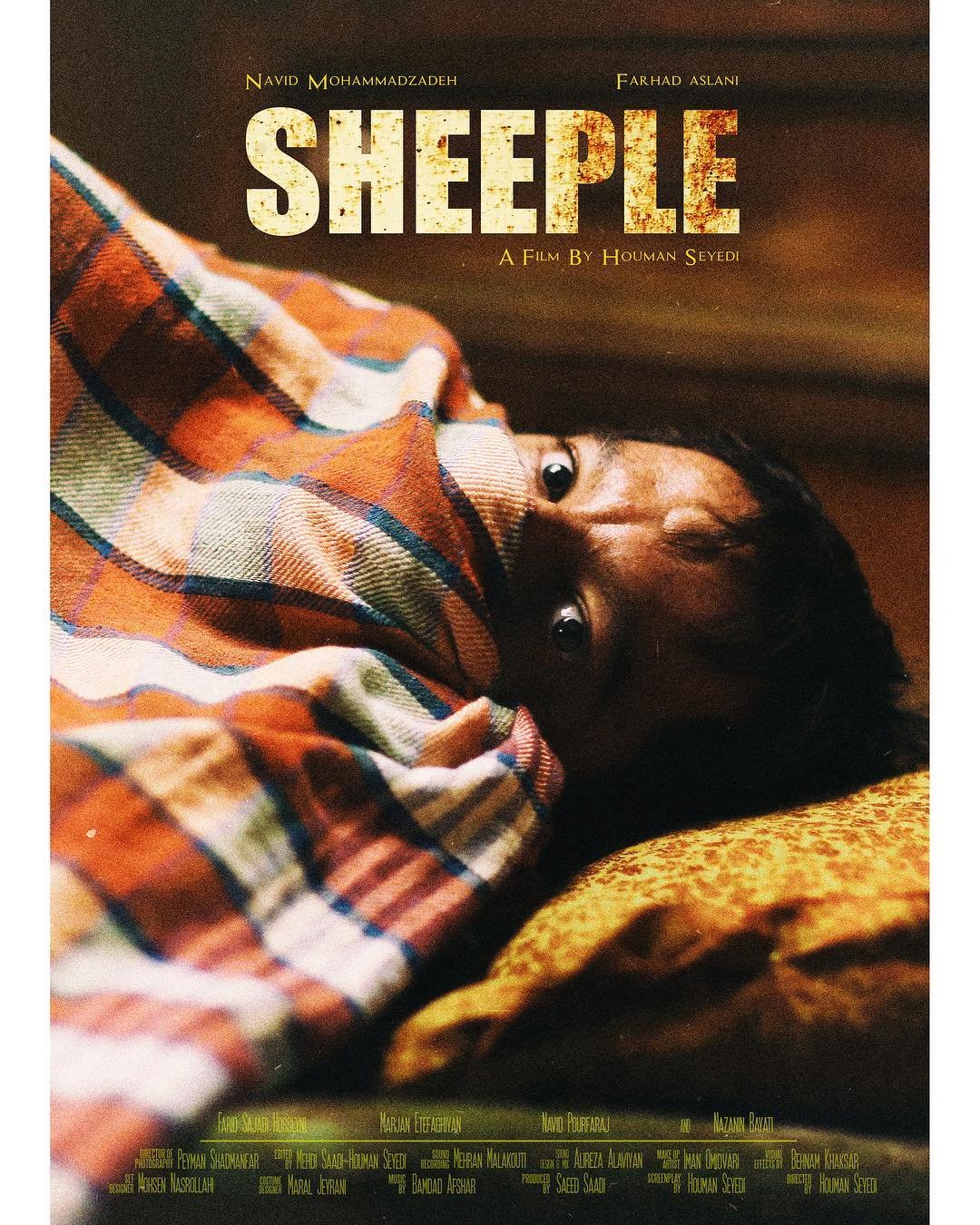 Close to Alborz province, there is a community for the poor, trash collectors, and others in financial difficulty. The family has been overshadowed by community violence and drug use to the point of chaos.

Seyyedi was nominated for Best Director in the Fajr Film Festival and won the Crystal Simorgh award for Best Screenwriter.

He used celebrities such as Navid Mohammadzadeh, Farhad Aslani, and Nazanin Bayati to produce this movie. 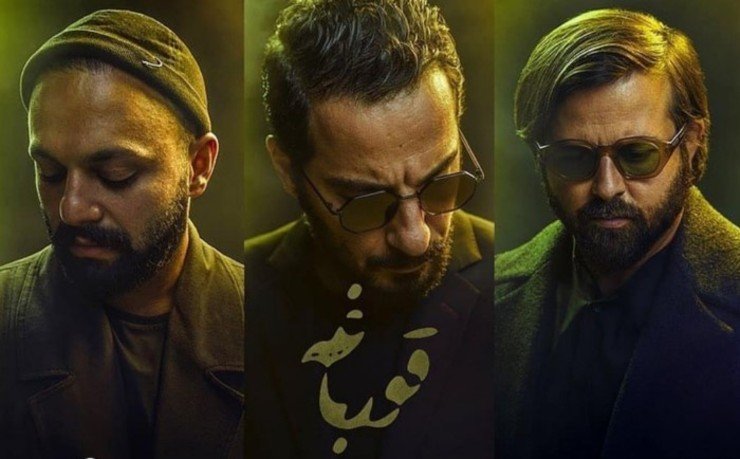 “Frog” is one of the biggest mini-series produced in Iran and Thailand with notable cast and crew. It has been set for Local and International broadcasting. The Series is directed and written by Houman Seyedi, produced by Ali Asadzadeh, and featuring Navid Mohammadzadeh, Saber Abar, Sahar Dolatshahi, Fereshteh Hosseini, Mehran Ghafouriyan, Mohammad Amin Sherbaf, Mohammad Nima Mazaheri and Regna!

In the following, we compiled Seyyedi’s movies in which he acted or directed. 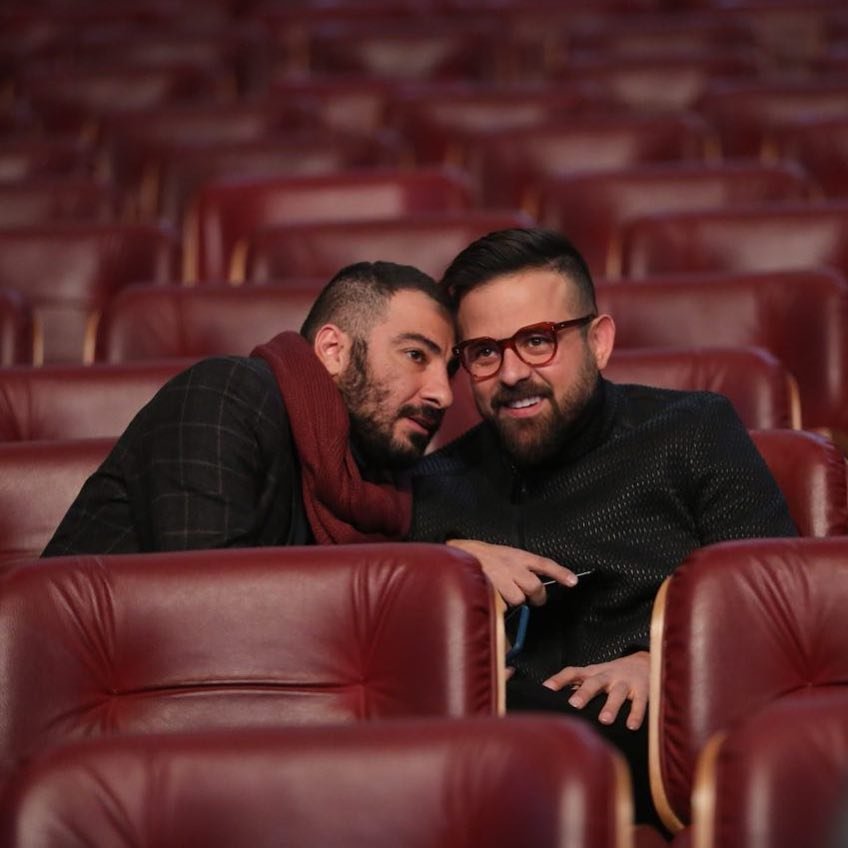 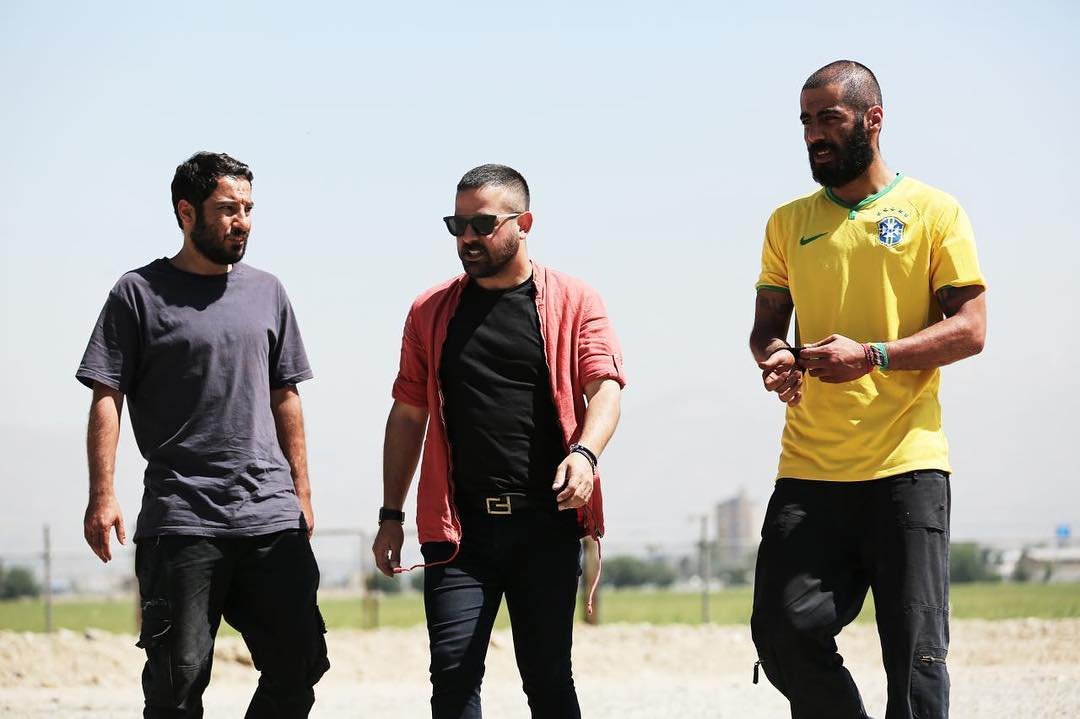 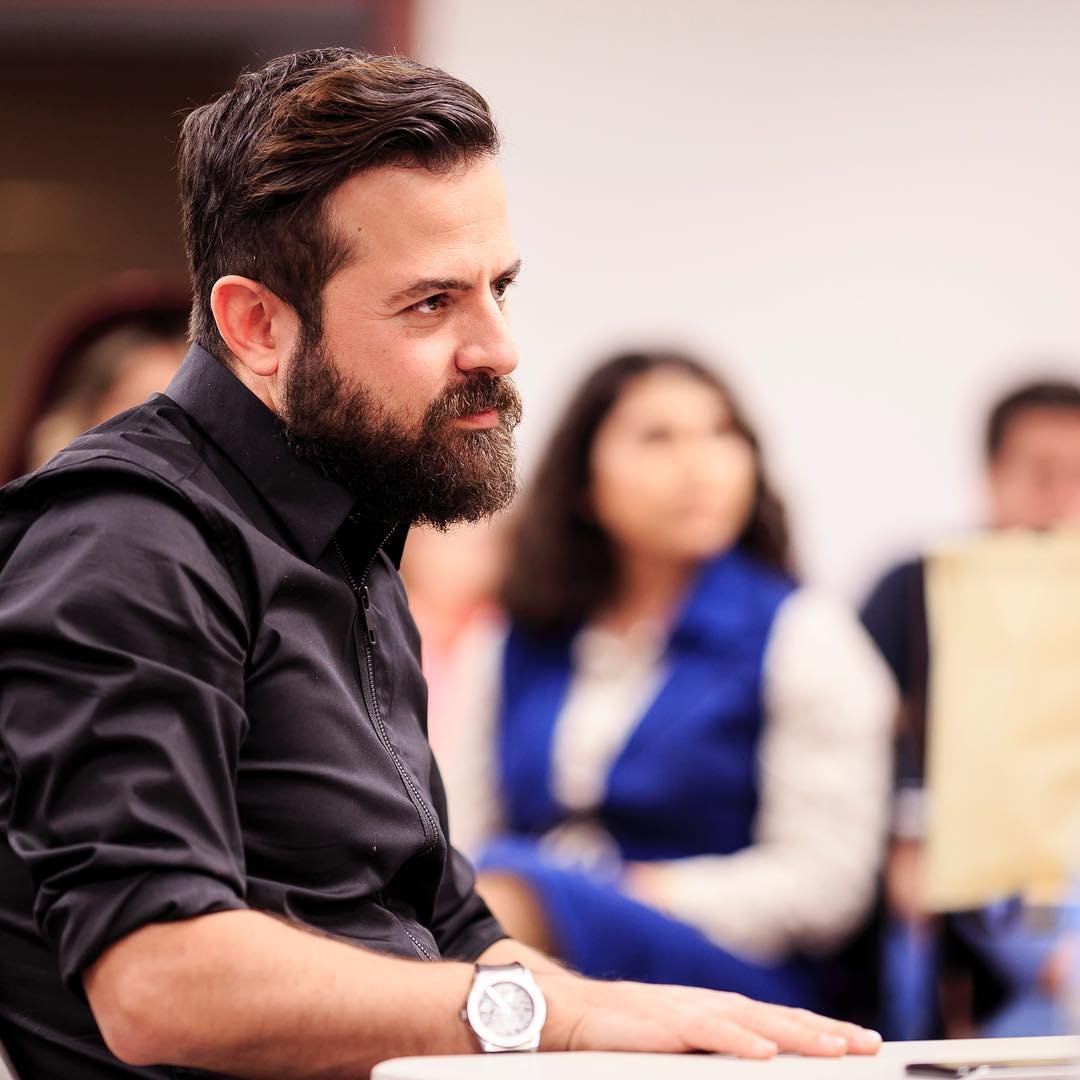 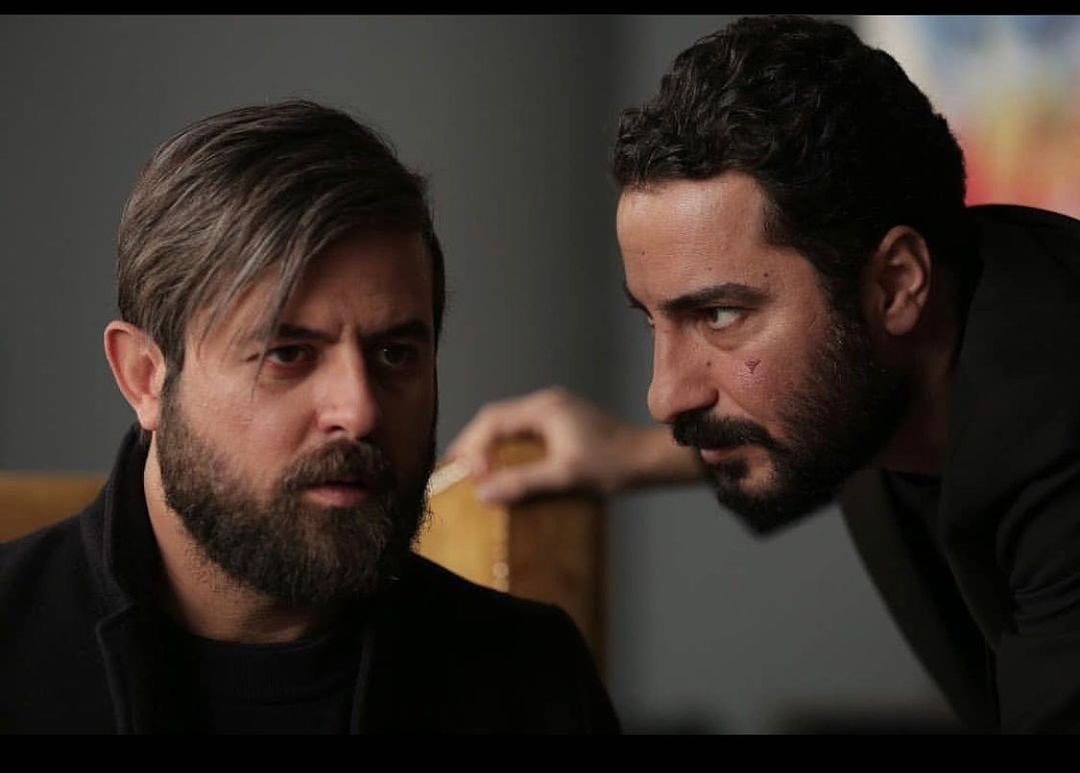 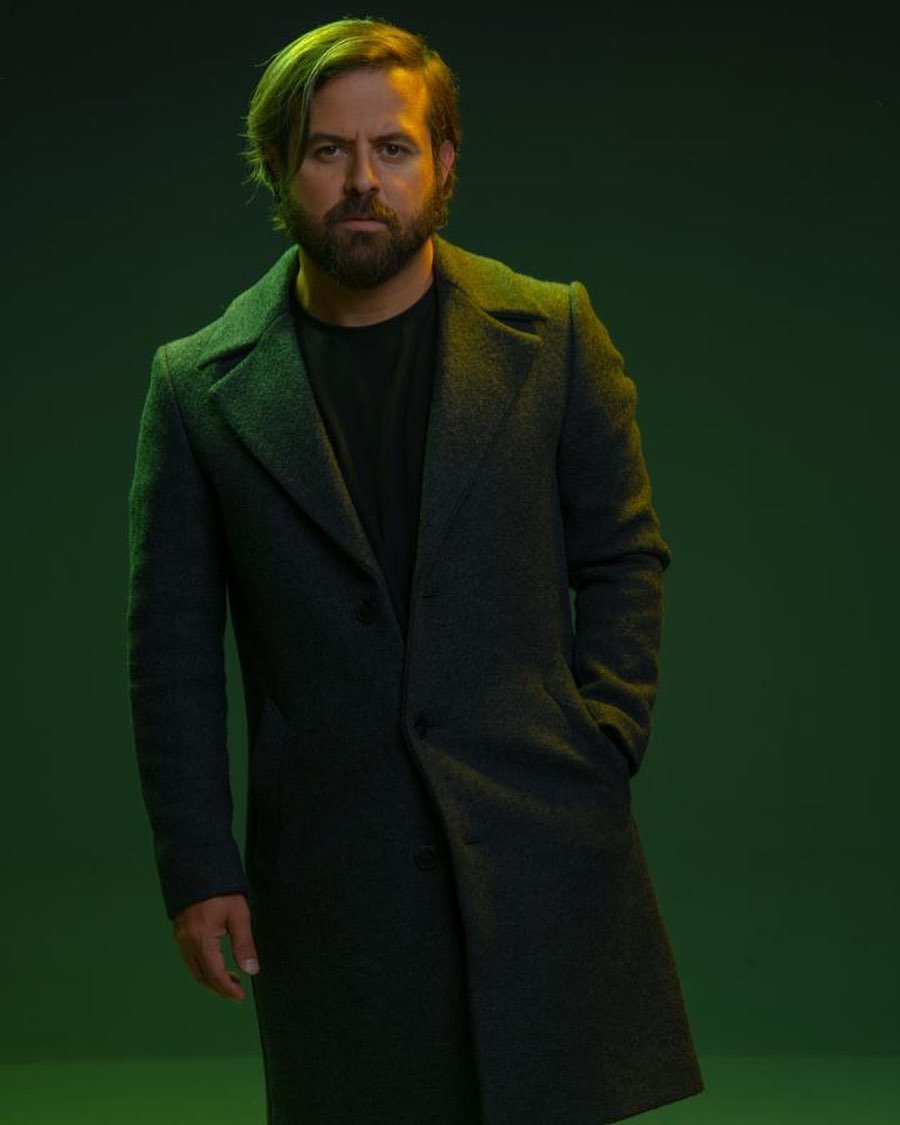 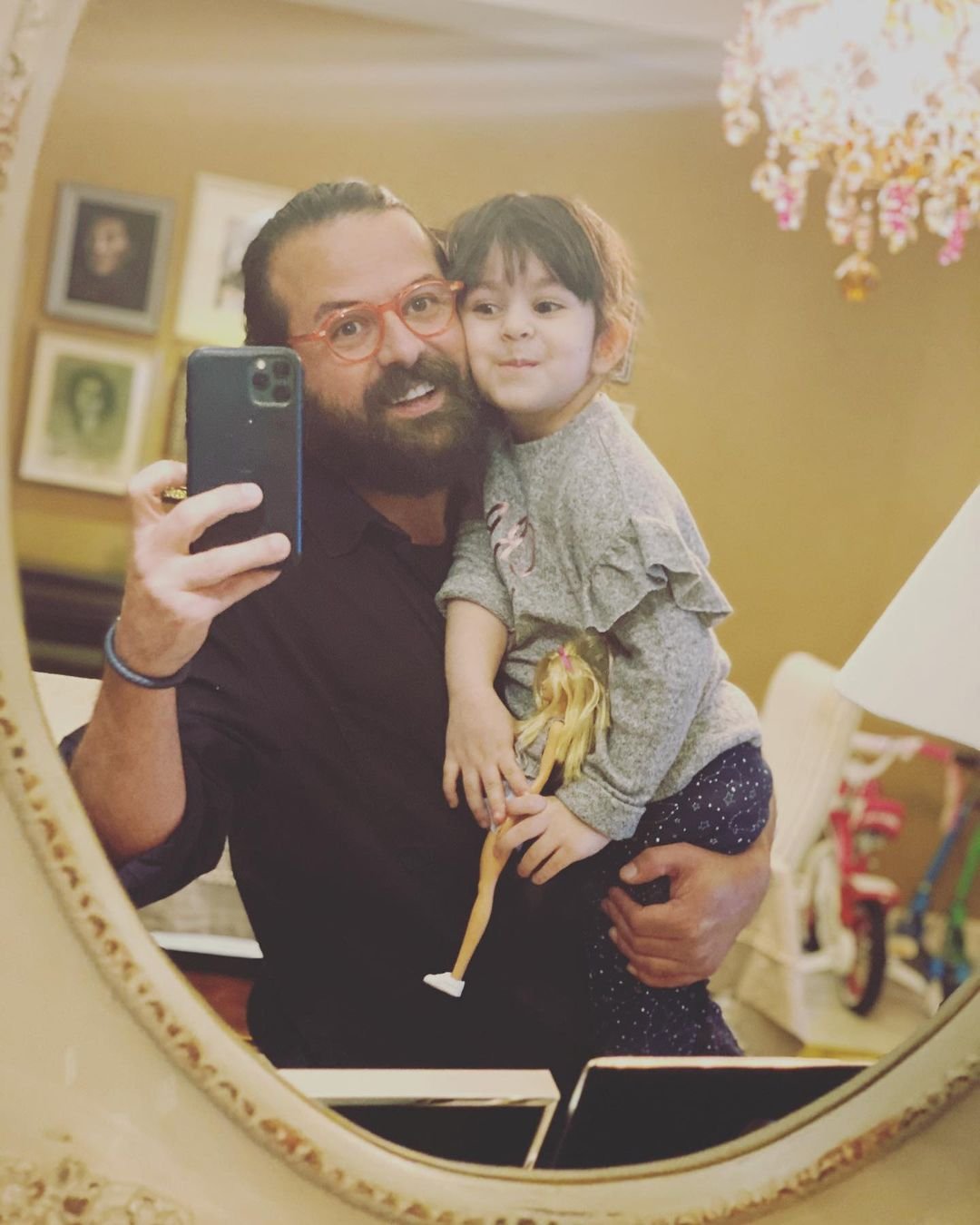