Iran’s 2022 Nationwide Protests are a series of demonstrations that began after Mehsa Amini’s death due to a beating in the Irshad Police Detention Center. These protests started on 26 September 2022  from the gathering in front of the hospital where Mehsa Amini died in Tehran, and in the following days, they spread to all 31 provinces of Iran and are still going on. Iranian women are at the forefront and driving force of these protest demonstrations. Protesters abroad also held protest rallies in more than 150 cities around the world.
In the following weeks, this demonstration is more widespread with the presence of students, university professors, businessmen and marketers and has entered the ninth week.

Ignoring human rights, the Islamic Republic used children to suppress protesters, and the Internet and social media were widely blocked or filtered. Many political and social activists, students, artists and athletes were arrested in Iran and subjected to threats and psychological pressure. The attack on Sharif University of Technology was also one of the other cases that occurred during the protests, where a number of students were physically punished and about 30-40 students were arrested. About 90 people were killed on Black Friday in Zahedan. The students and professors of the seminary have announced in an announcement that the leadership of the House sent a threatening letter to the Taqlid authorities and seminaries of several cities, warning them against a critical reaction. According to the Guardian, these protests have been the biggest threat to the government since the 1357 revolution. Unlike the protests of November 2018, the protests of 1401 “were widespread and spread among social classes, universities, streets [and] schools”.

According to the report of the non-profit human rights organization of Iran, at least 344 people, including 52 children, have been killed by the government of the Islamic Republic of Iran until November 23. These are the deadliest protests since the protests of November 2018, which resulted in the deaths of more than 1,500 people. The use of extreme violence against the protesters, such as direct shooting at them by the military and militias in different cities, was met with many reactions. 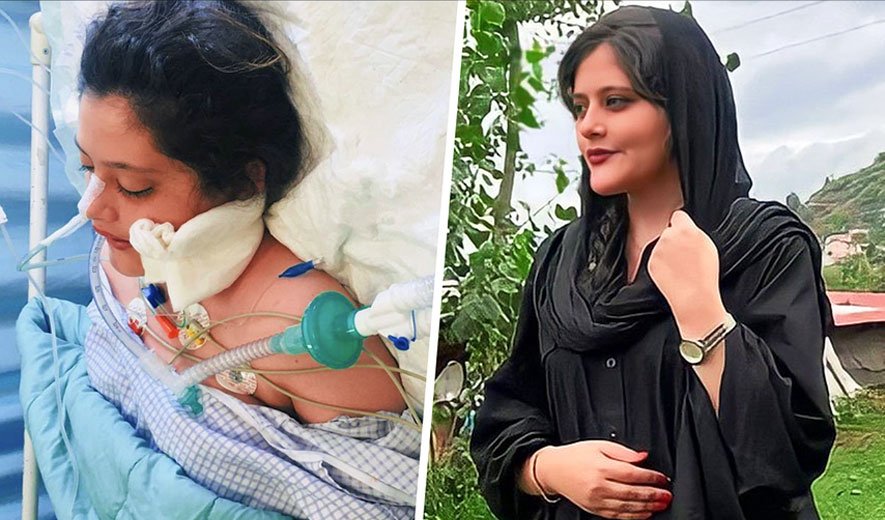 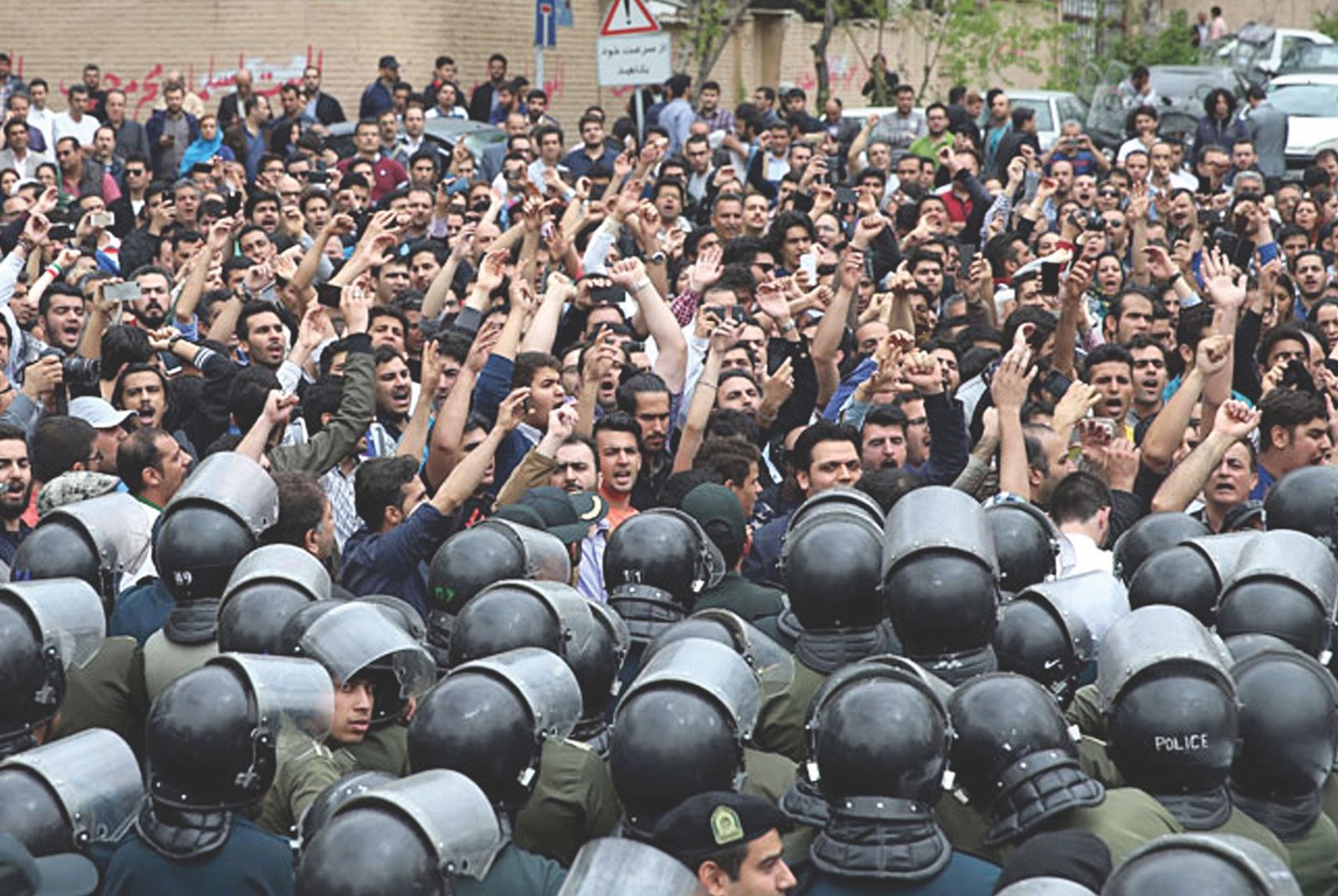 Statistics of dead, wounded and arrested

Due to the ongoing nature of this event in different cities of Iran, there are still no accurate and stable statistics; However, from 26 September to 18 November 1401, these statistics have been published in some official sources: 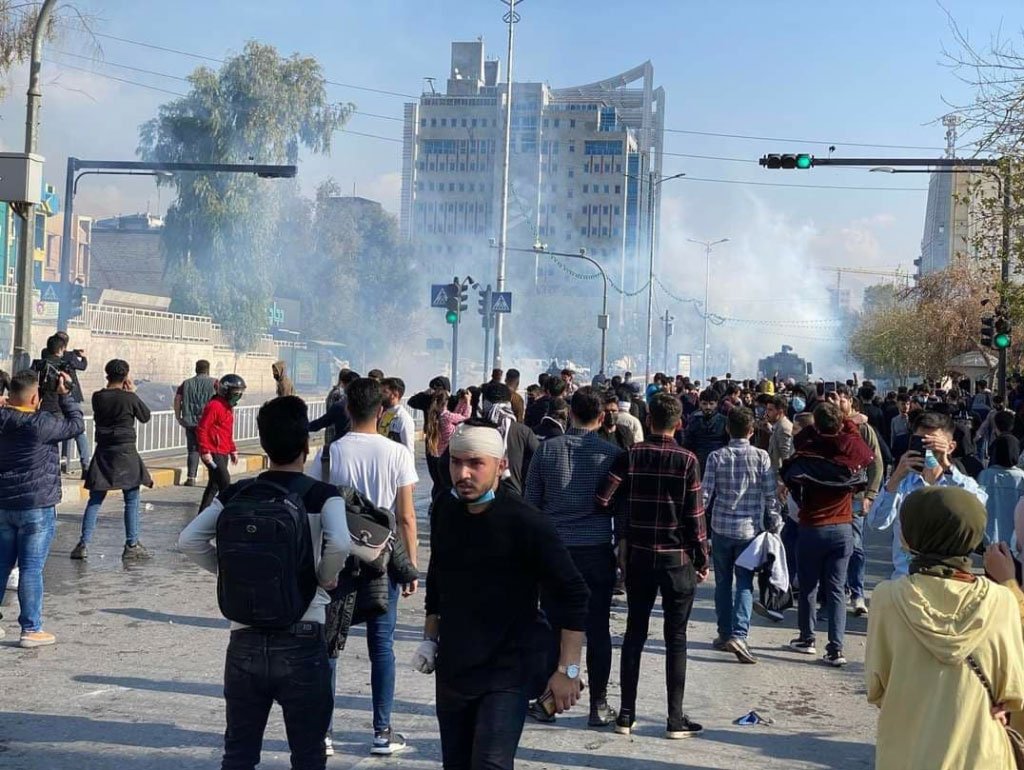 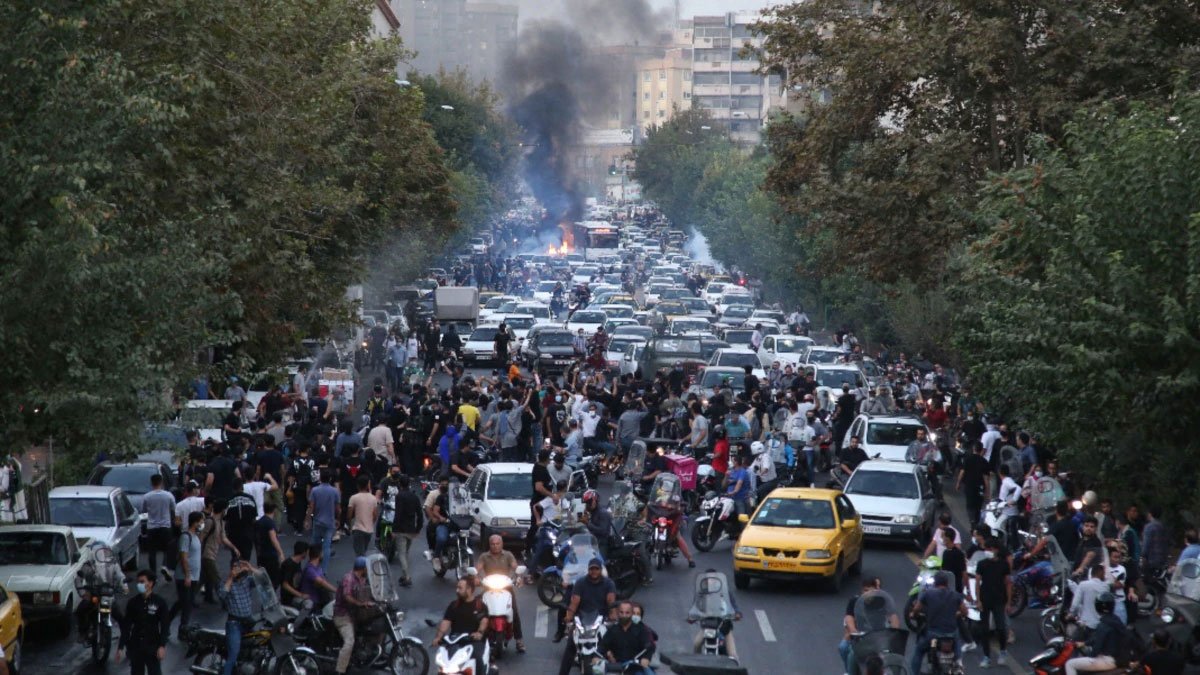 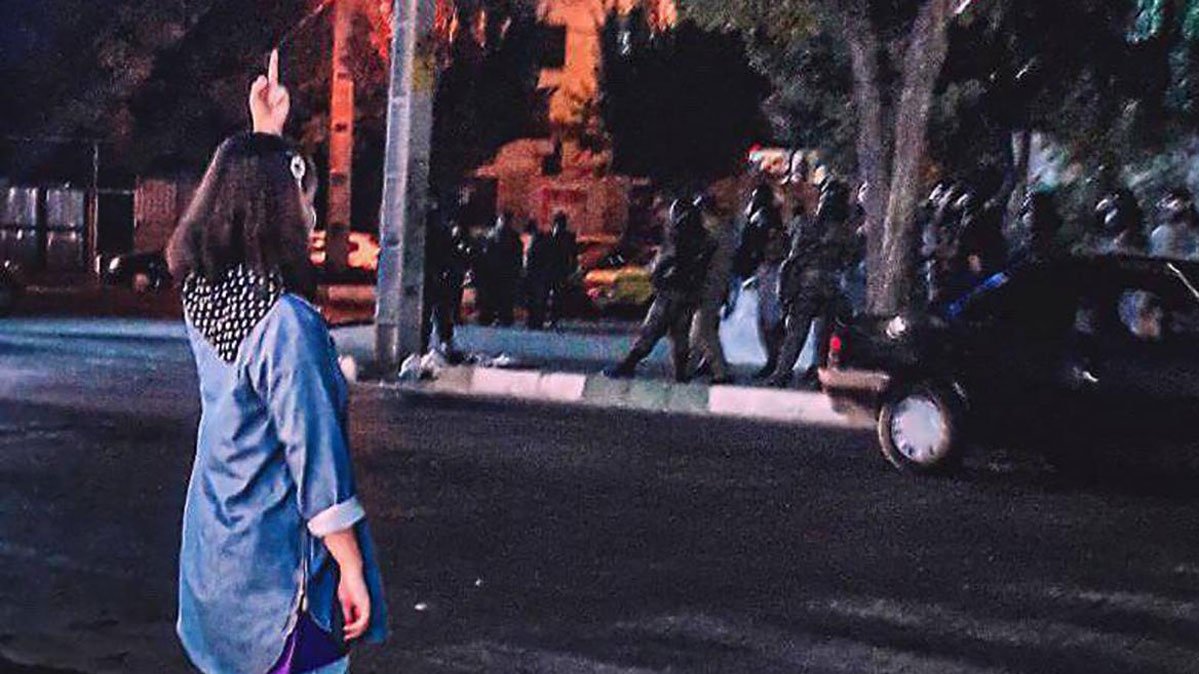 After the killing of Mehsa Amini, nationwide protests spread to all 31 provinces and more than 100 cities of Iran within a few days. 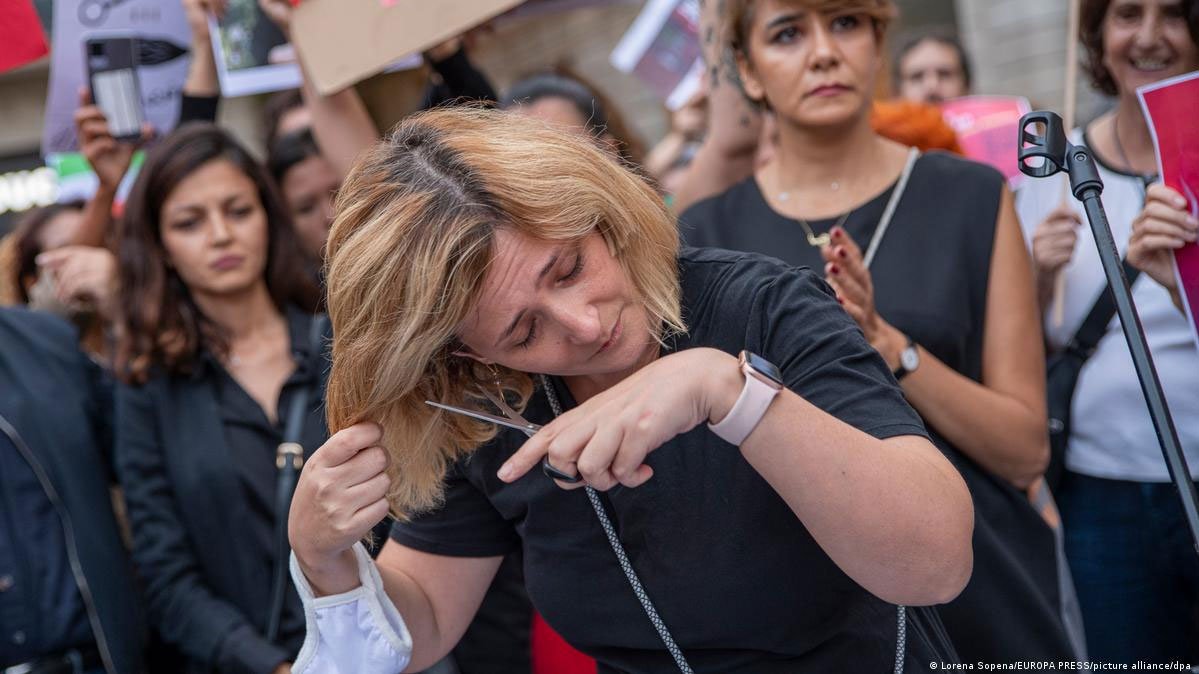 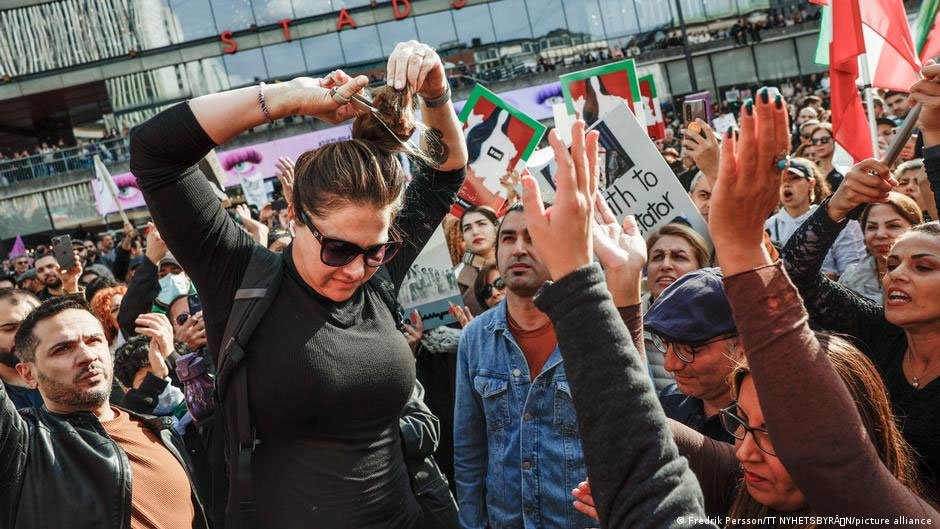 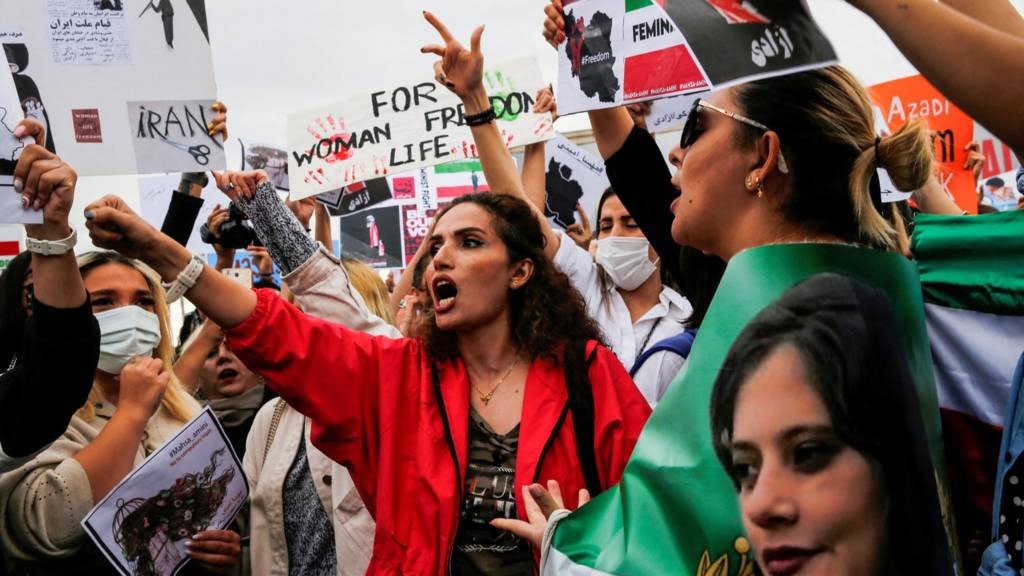 Outside of Iran, on the 31st of Shahrivar, from Istanbul to Beirut, Cologne, New York and Toronto, a large number of Iranians came to the streets to protest against the visit of Iranian President Ebrahim Raisi to the United Nations and the death of Mehsa Amini.

According to the Canadian police, more than 50,000 people took part in the large demonstration in Toronto on Saturday, October 9, which was held in support of Iran’s protests. On the 30th day of October equal to the 22nd of October, following the call of Hamed Esmailiyoun, Iranians from all over Europe and outside Europe participated in a huge demonstration of 100,000 people in the center of Berlin. 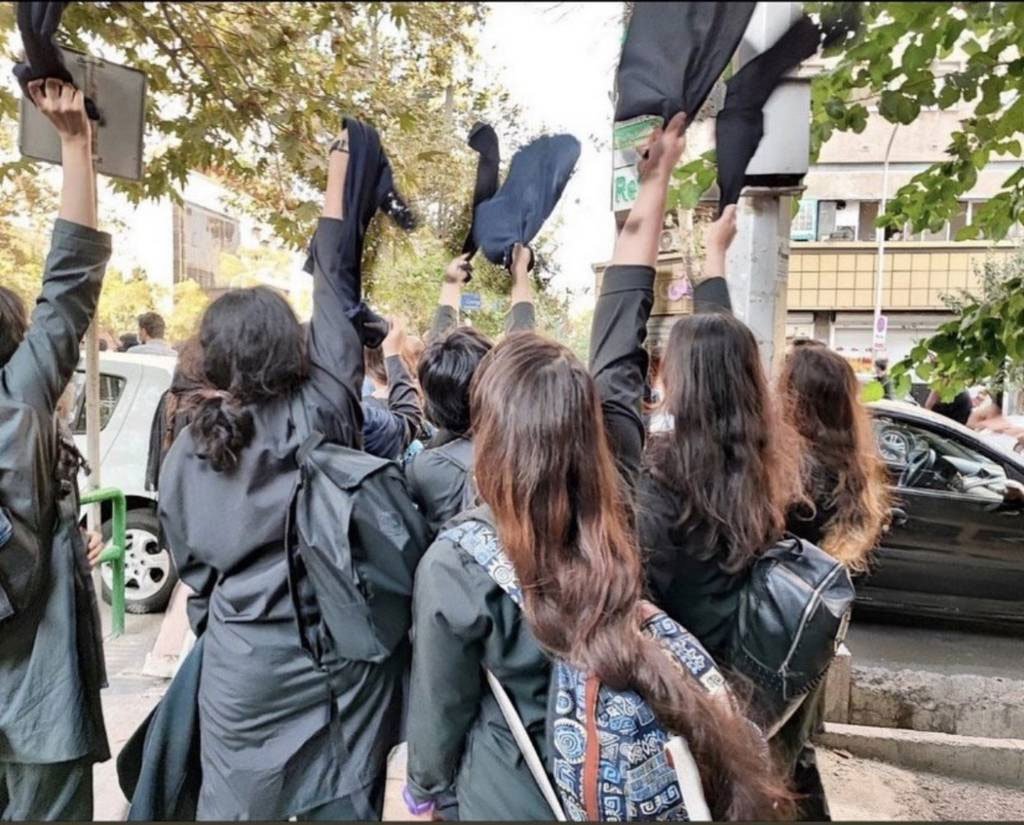 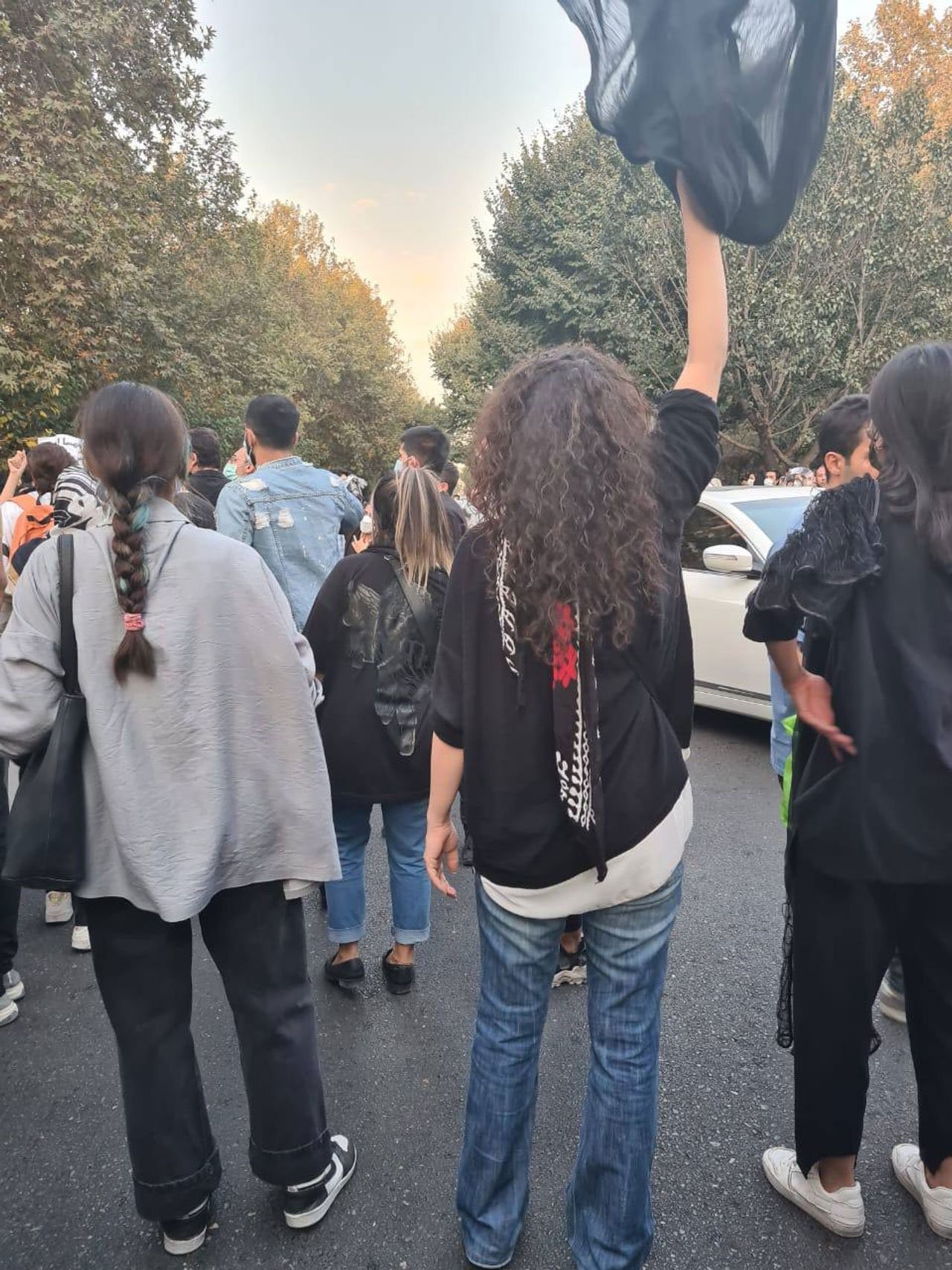 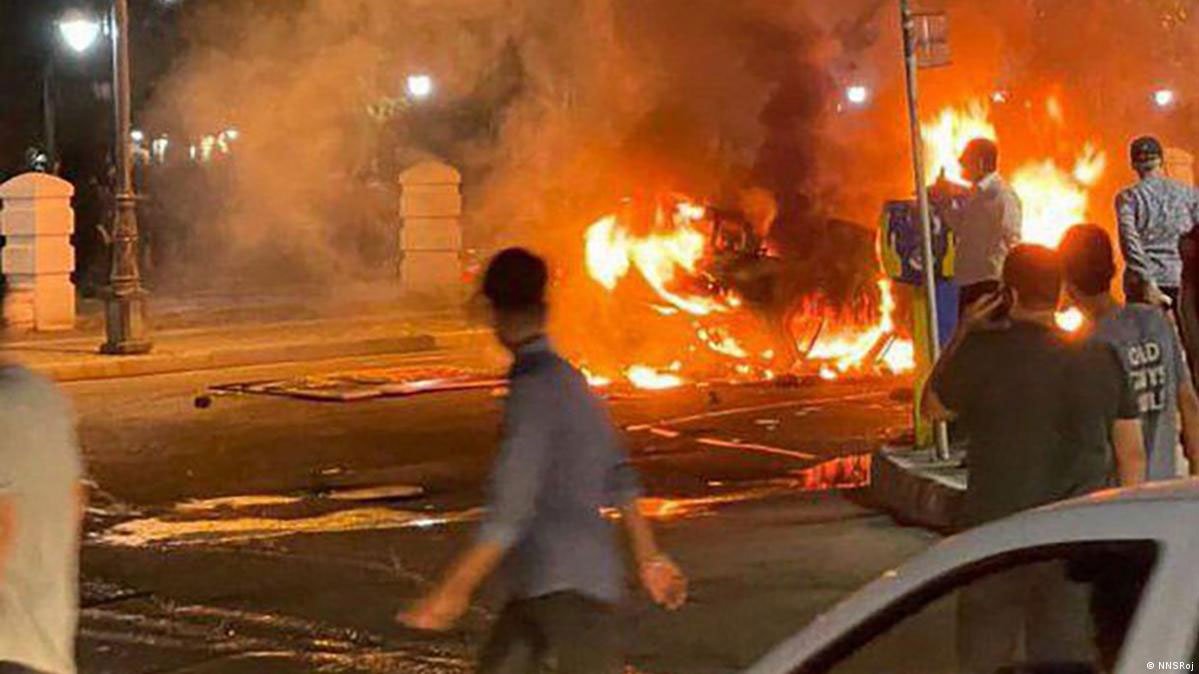 Main article: Suppression of nationwide protests of 1401 in Iran
Seyyed Ali Khamenei, the leader, called these protests “designed by America, the Zionist regime and their followers”. He did not pay attention to the demands of the protesters and ordered to suppress them. The authorities of the Islamic Republic started suppressing the protesters by murdering, arresting and torturing them like in the protests of November 2018 in Iran. Forces from the police force, the Revolutionary Guards and the army’s ground forces, which are under the General Staff of the Armed Forces, are involved in suppressing the protesters. The police force, the prevention police, the intelligence police, the public security police, FATA, the special unit of NAJA and NOPO are involved in suppressing the protesters. Apart from its own forces, the IRGC has also used Basij forces. Also, the uniforms of individuals and a group called the Spontaneous Forces of Islamic Lands have also been used.

To suppress the protests, the government uses tricks such as intimidation and threats, filing cases, television confessions, media games, humiliation and mockery, reducing the demands of the protesters to sexual and emotional desires.

The repression forces of the Islamic Republic used batons, electric batons, water cannons, tear gas, paintball guns, shotguns, handguns and assault rifles to suppress the citizens in these protests, as well as using violence, raiding residential houses, shooting directly at citizens, causing harm. He uses public and private property of people, including cars and shops, as well as sexual assault on women.

In the protests, in addition to the ambulance, children and teenagers were also used to suppress the protesters. According to the International Criminal Court based on the Rome Statute, the use of children under the age of 15 to participate in hostile activities is considered a war crime. Also, the IRGC trained and equipped male high school students for repression. 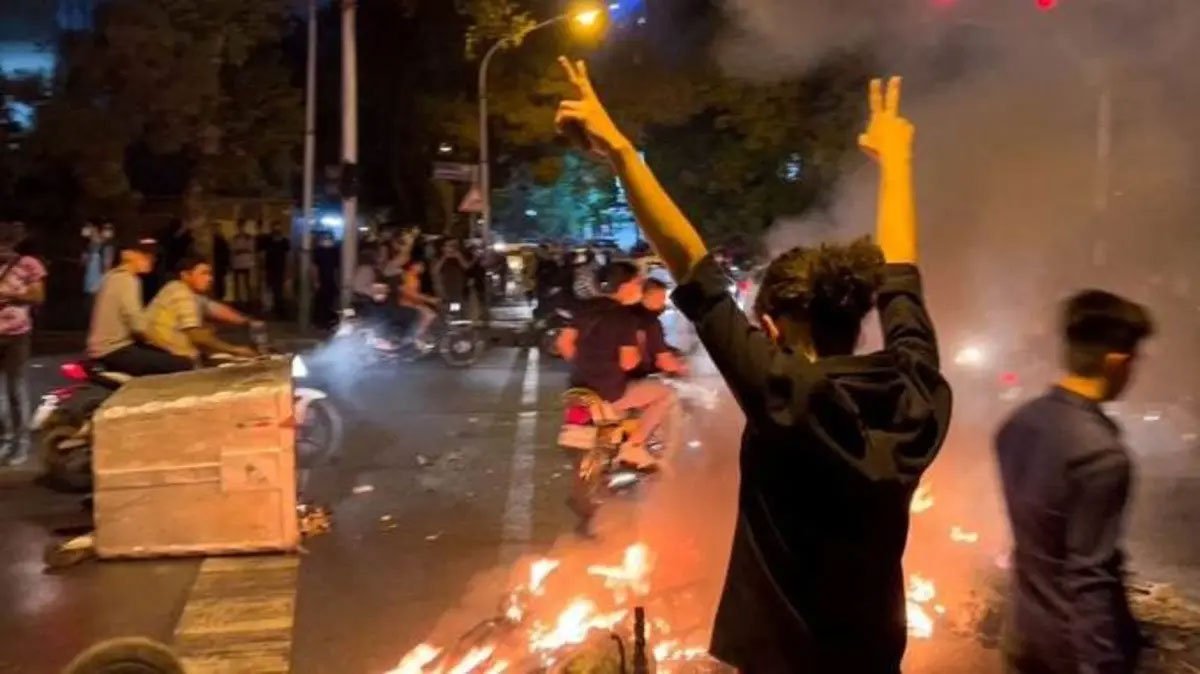 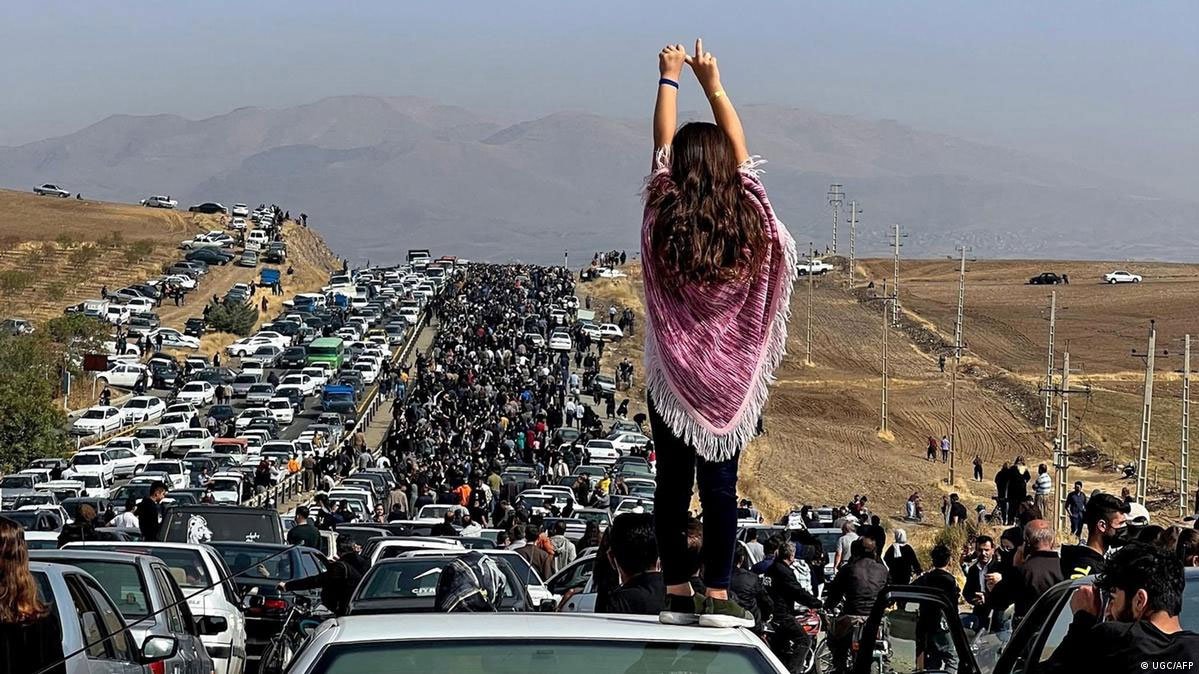 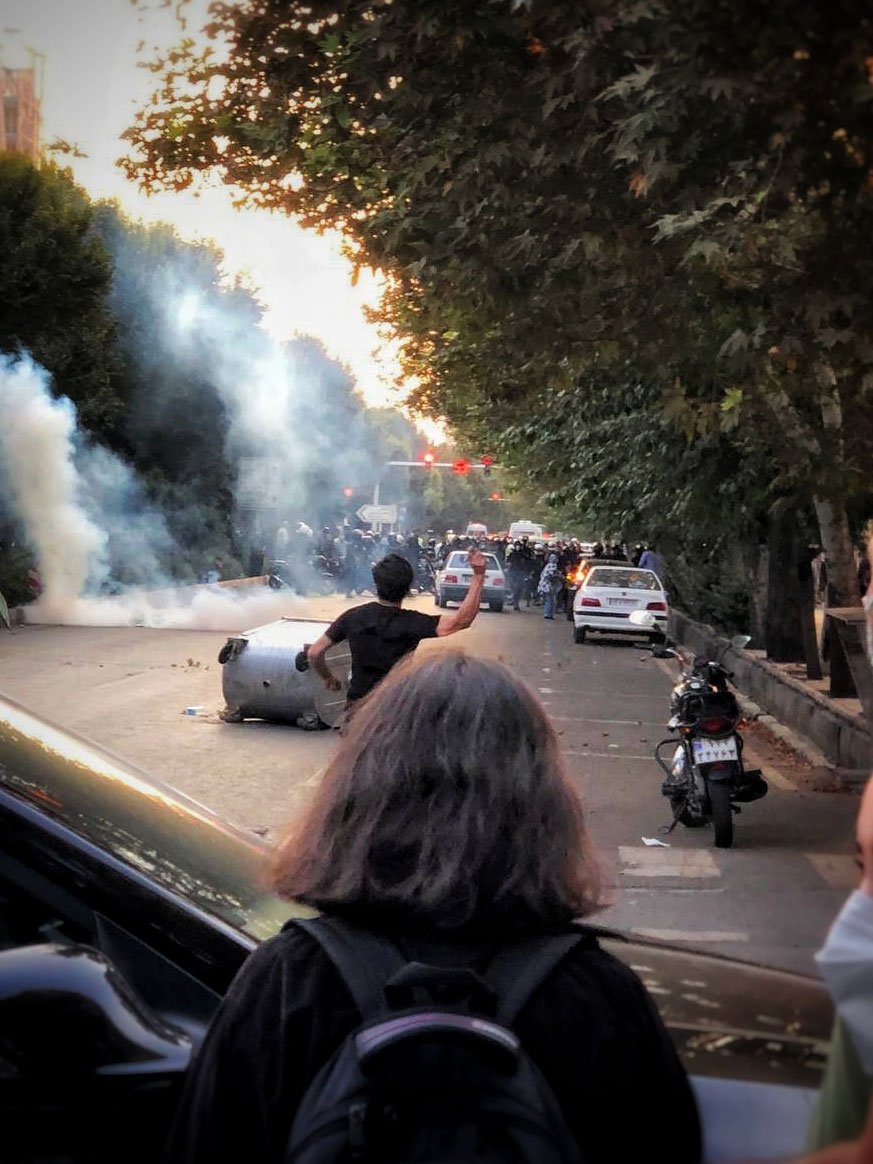 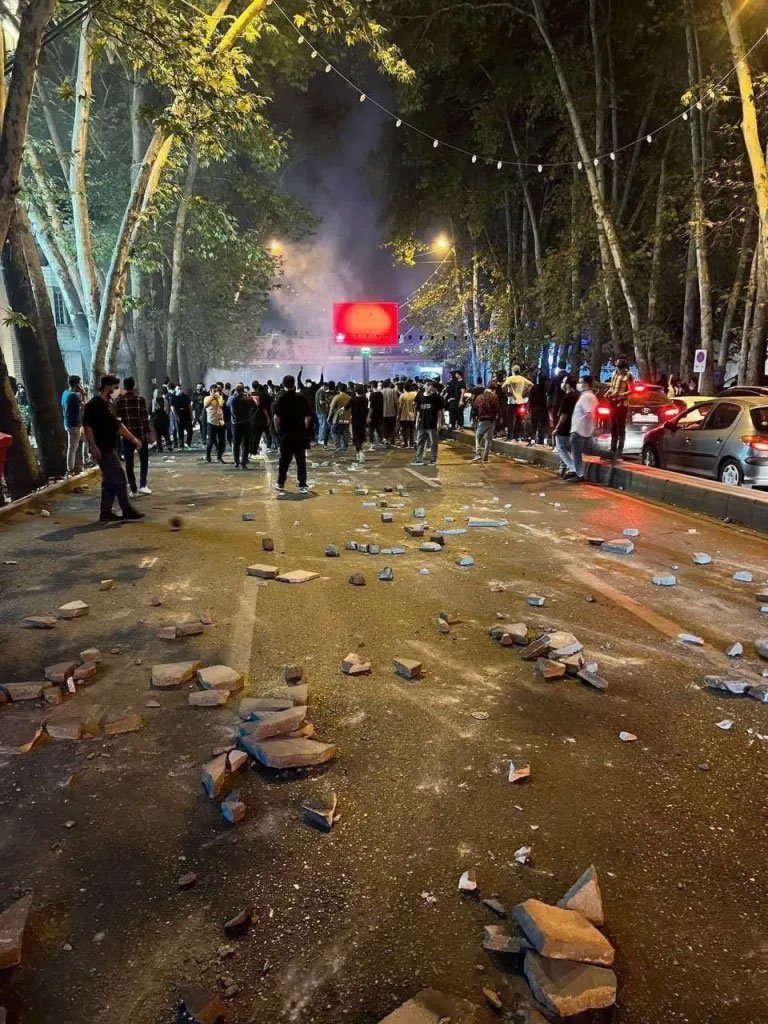