Home » Katayoun Riahi Biography , Why Is She Imprisoned?
biography

Katayoun Riahi (born on January 10, 1340) is an Iranian actor and writer. She received praise from critics in 2001 for her performance in “The Last Supper.” She played the role of Zulikha in the television series “Youssef the Prophet” in 2007. He then retired from acting.

Katayoun Riahi’s parents are from Tehran. Her mother was a fashion designer, and her father was a literature and English language teacher in the college.

She has a child named Puriya, a musician with an academic education in music. Pouria made his first silent album, Pajhwok Sekot, to benefit the Kish Mehr Katayoun Charity Foundation. Also, Katayoun is the sister of Alireza Riahi, one of the other actors in Iran. 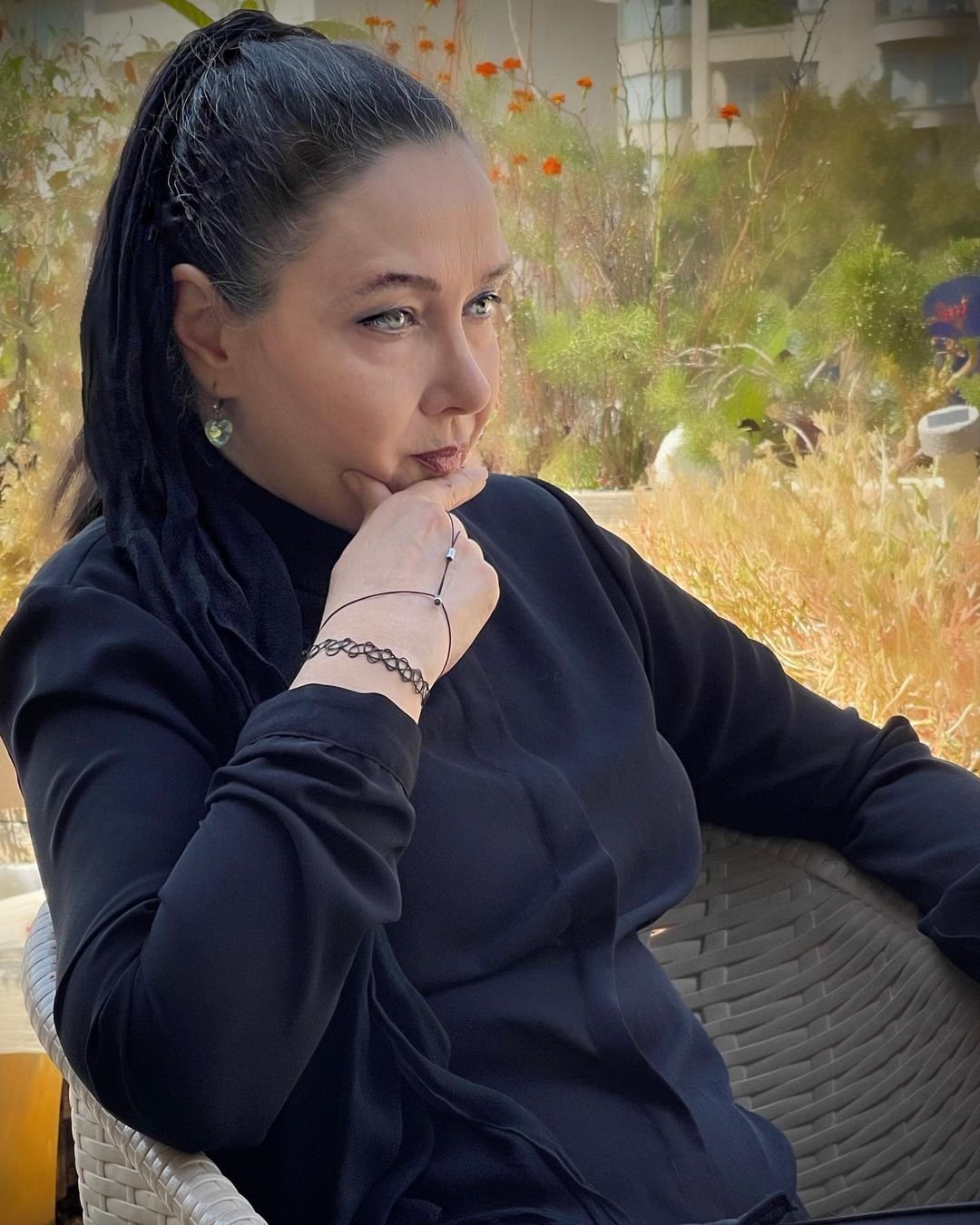 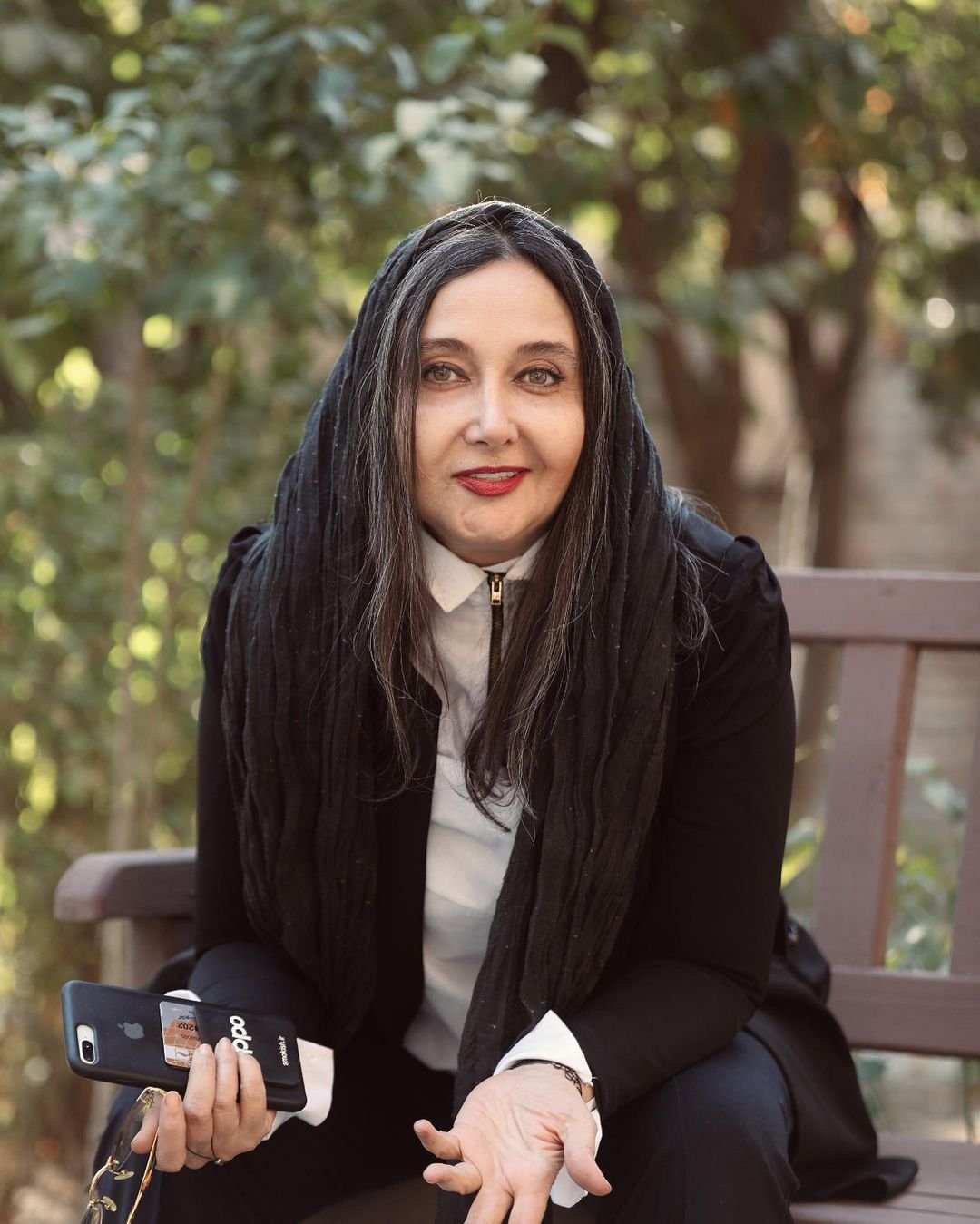 Riahi started writing for children and came to the cinema with the movie “Khaberchin.” But the film was stopped midway, and she was chosen to act in the film “Autumns.”

She had limited success in the movies, but her role in “Padersalar” helped boost her profile. Then, after the Rain” and “Days of Life” helped make her a household name. Riahi also gave stellar performances in the TV series After the Rain and Shab Daham.

After five years away from the cinema, she gave the most important performance of her acting career by acting in “The Last Supper.” As a result, she was nominated for the best actress award at the 20th Fajr Film Festival.

“This woman does not speak” was another film that showed Katayoun Riahi’s abilities. Riahi received a nomination for her performance in this film at the 7th Annual Cinema House Festival. 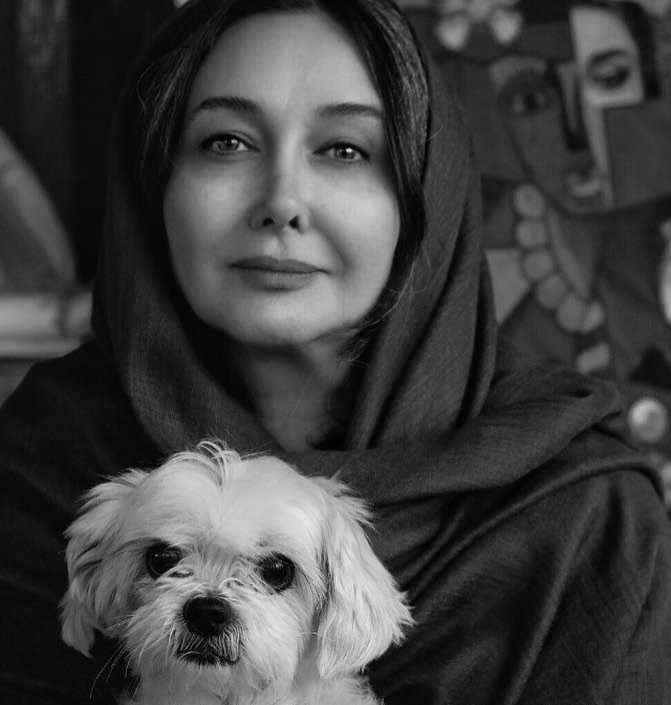 Katayoun Riahi and Her movies

In this section, we will have an overview of all the roles of Katayoun: 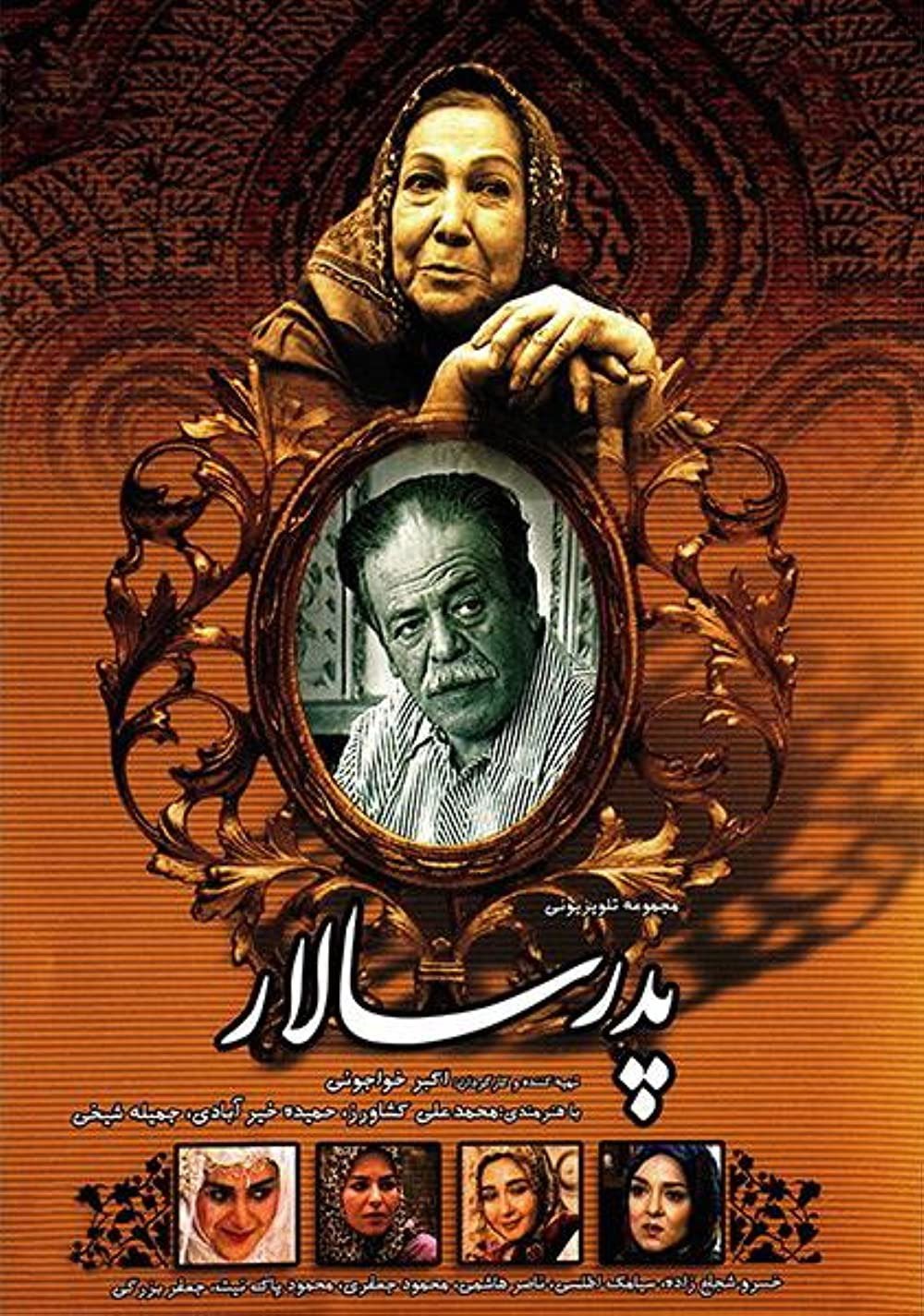 Directed by Akbar Khajooi in 1372, The PEdarsalar is a TV drama that has remained popular with viewers for over three decades.

Story: The series follows the life of Asadullah Khan, a middle-aged father and family friend who was also known for being strict and powerful. All his sons had to live in his big house after marriage, but the family’s youngest son behaved against this family’s rules after marrying his cousin. It was the start of many issues for the family when he agreed to leave the house at his wife’s request.

Katayoun Riahi played the role of Zahra, the gentle and calm wife of Asdallah Khan, who had no children. In this series, he appeared with prominent actors such as Mohammad Ali Keshavarz, Hamida Khairabadi, Khosro Shujazadeh, Siamak Atlasi, Kamand Amir Soleimani, and Mahmoud Pak Nit. 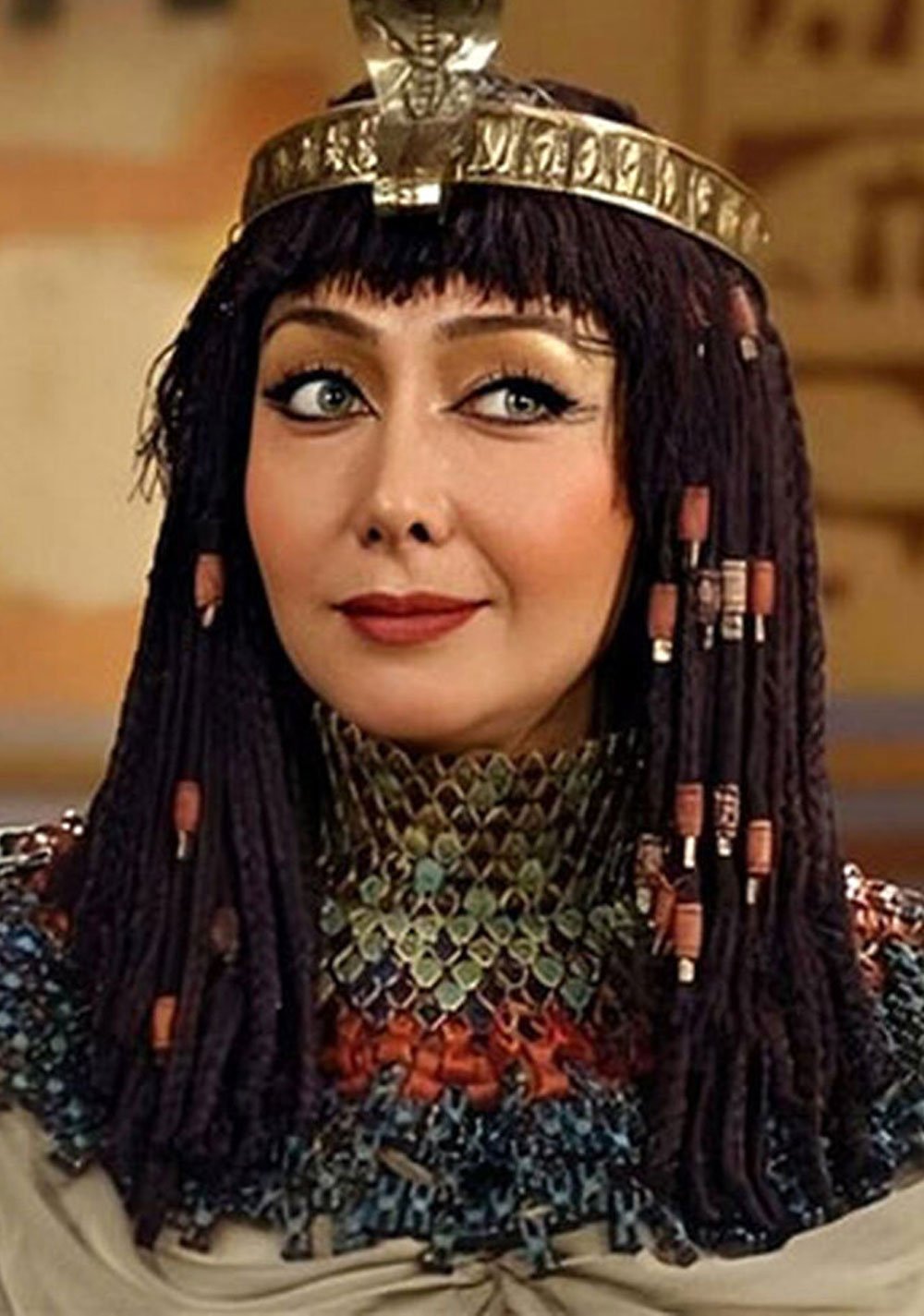 Youssef the Prophet is a series directed by Farajullah Selahshur in 2007, which narrates the life of Prophet Yusuf based on a story from the Quran.

Story: In this series, Katayoun plays the role of Zulikha, Aziz Misr’s wife, who has been suffering from love for Yusuf for years. She didn’t come to faith in God until she was old and had lost her beauty and wealth, at which point she was miraculously rejuvenated to marry Yusuf.

Mostafa Zamani plays the role of Youssef the Prophet, and actors such as Mahmoud Pak Nit, Jafar Dehghan, Rahim Nowrozi, Jahanbakhsh Soltani, and Elham Hamidi have played roles in this TV series. 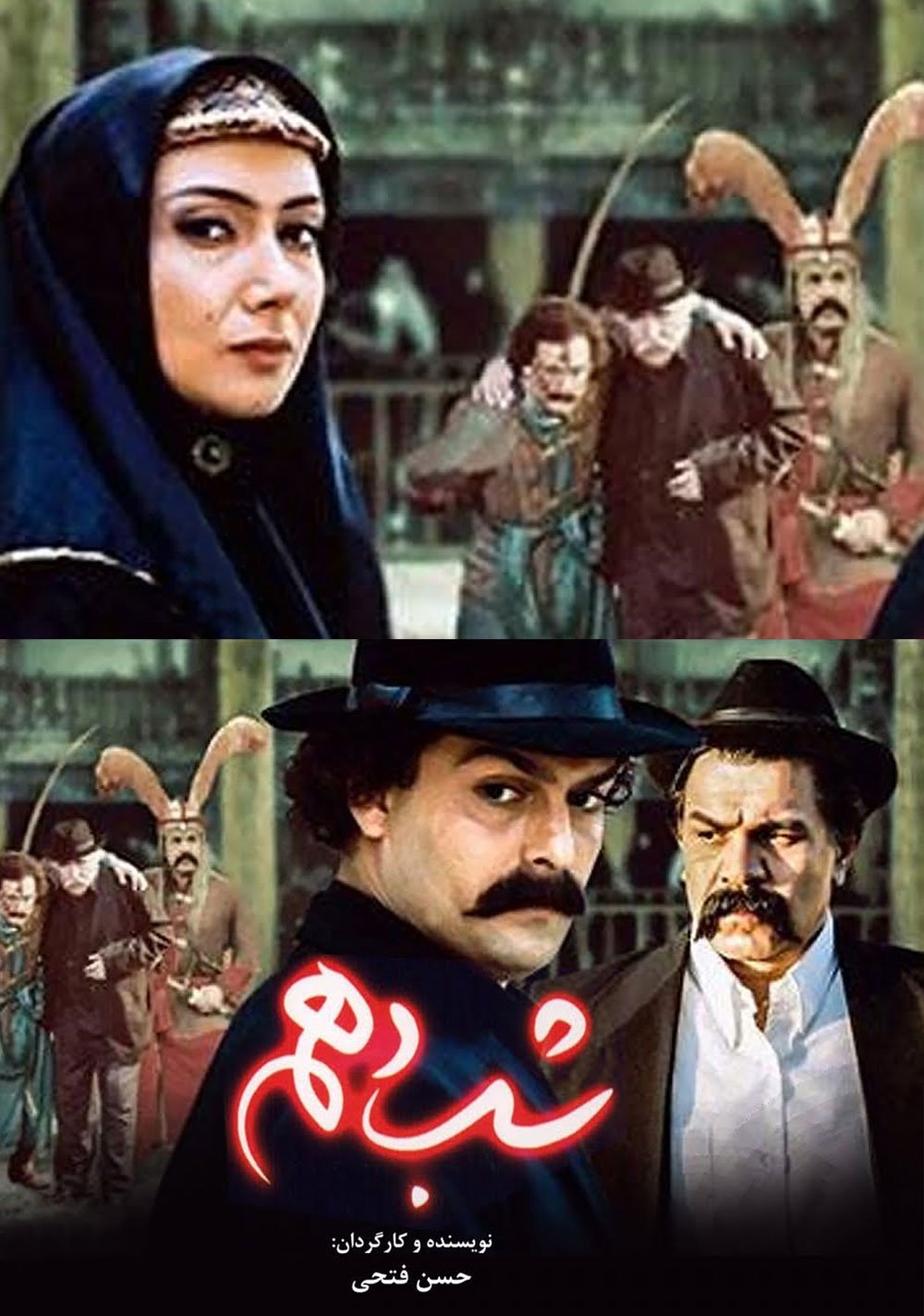 The Shab Dahom TV series was directed by Hassan Fathi in 2001 and was aired during the days of Muharram in Nowruz 2002.

Story: The series tells the story of Haider, one of the ancient Lot. He develops feelings for a girl of Qajar descent. Still, she sets the terms of their marriage by reciting the ta’ziyeh during the month of Muharram, a time when the government was particularly unstable.

Katayoun Riahi played the role of Prince Qajri in this series and collaborated with actors such as Hossein Yari, Roya Timourian, Soraya Ghasemi, and Mahmoud Paknit. 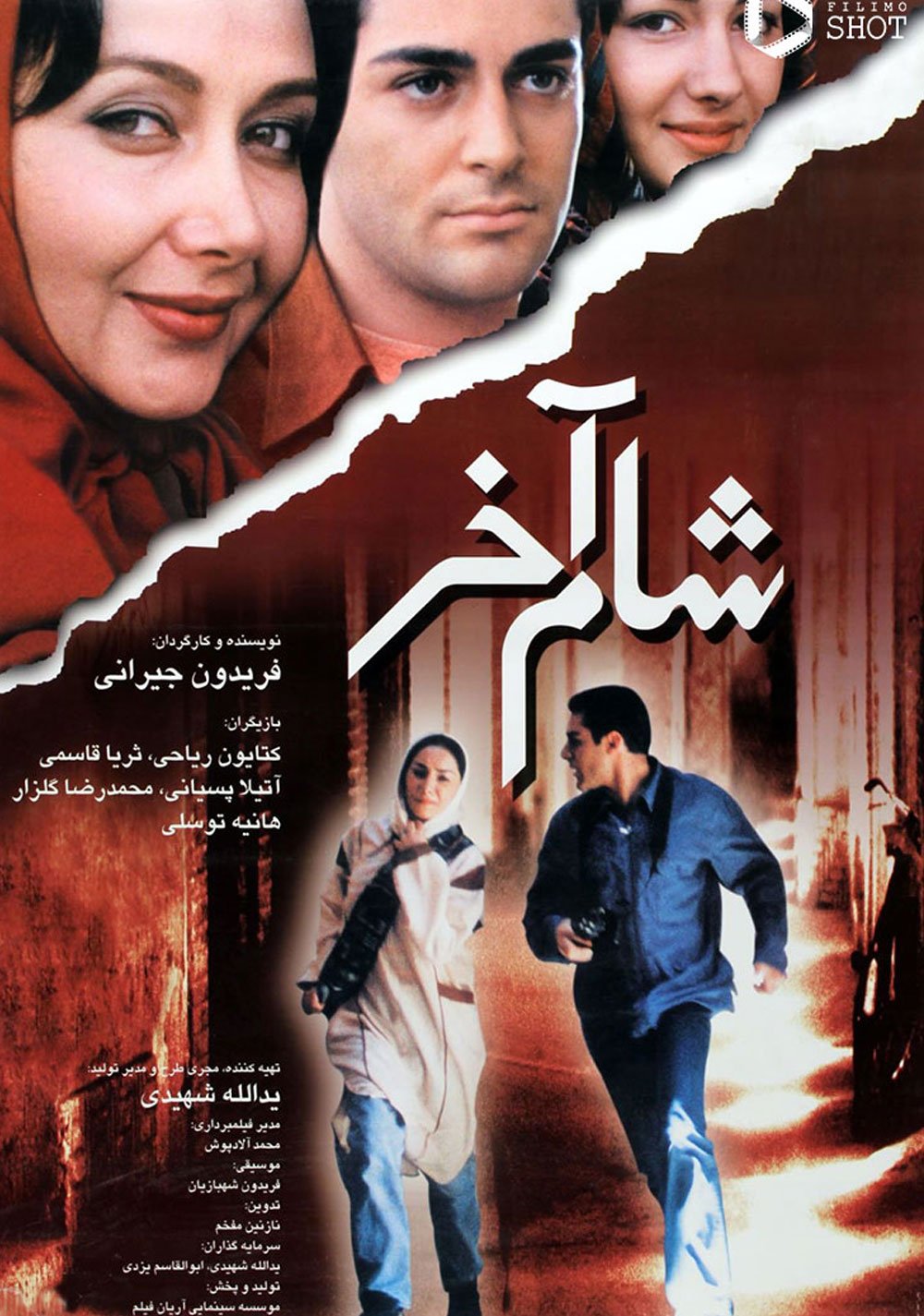 Fereydoun Jirani’s “The Last Supper” film was produced in 1380.

Story: Mihan Mashriqi (Katayoun  Riahi) is a professor at a university who, after being divorced for some time, moves back in with his father, along with his college-aged daughter. Her new life is disrupted by the arrival of her daughter’s classmate, Mani Motabar.

After The Rain TV series 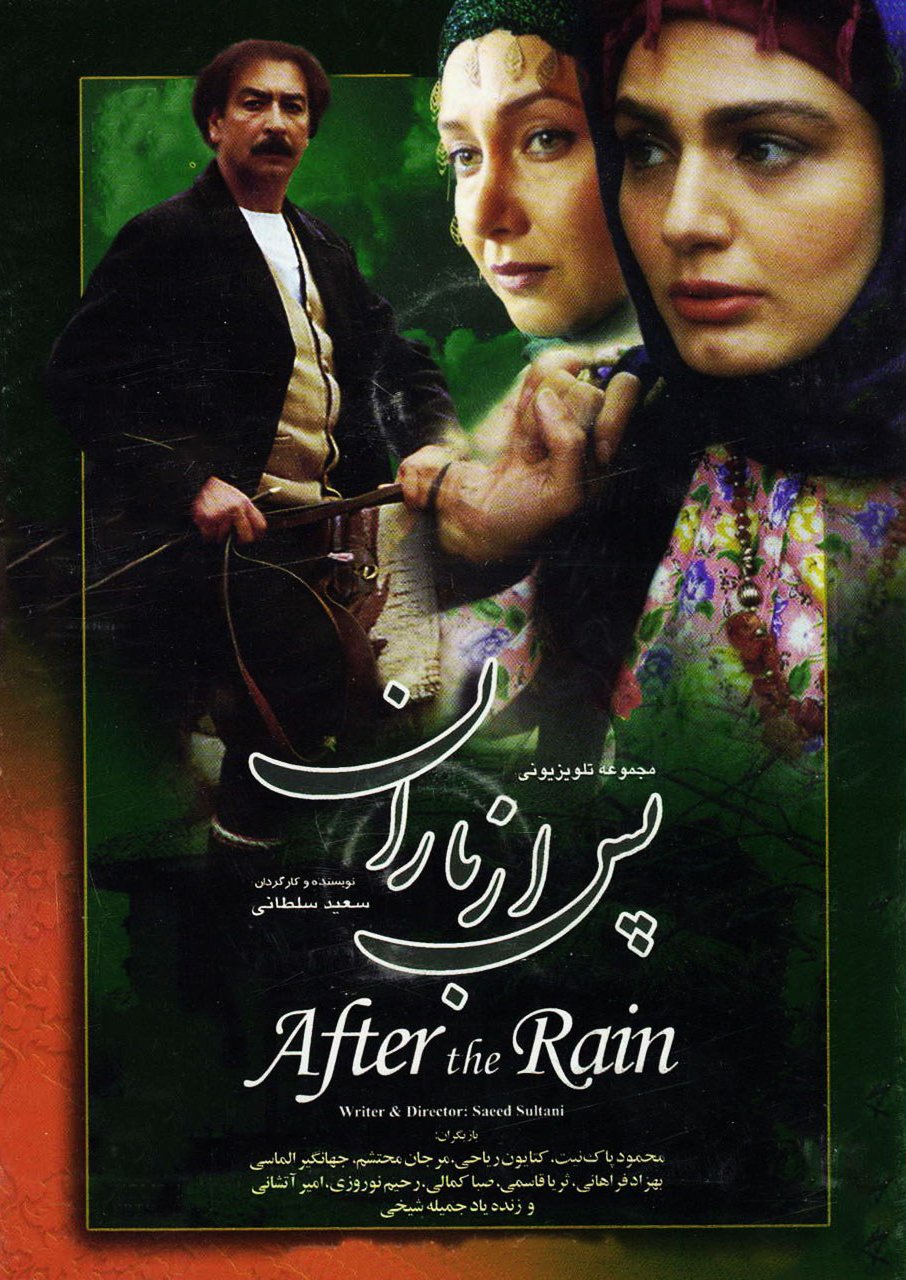 “After the Rain” is one of the long-lasting and popular TV series directed by Saeed Soltani, which first aired in 2000 and was rebroadcast many times on different TV channels.

Story: It tells the story of Lord Salar, who lives at the start of the second Pahlavi era, and the relationship between him and his serfs. Katayoun Riahi plays Miss Bess, the master’s first wife, who, due to her infertility, chooses a young wife for her husband. The life of this couple faces various events with the arrival of Shehrbanu, the second wife of the lord, which doubles the charm of the series. 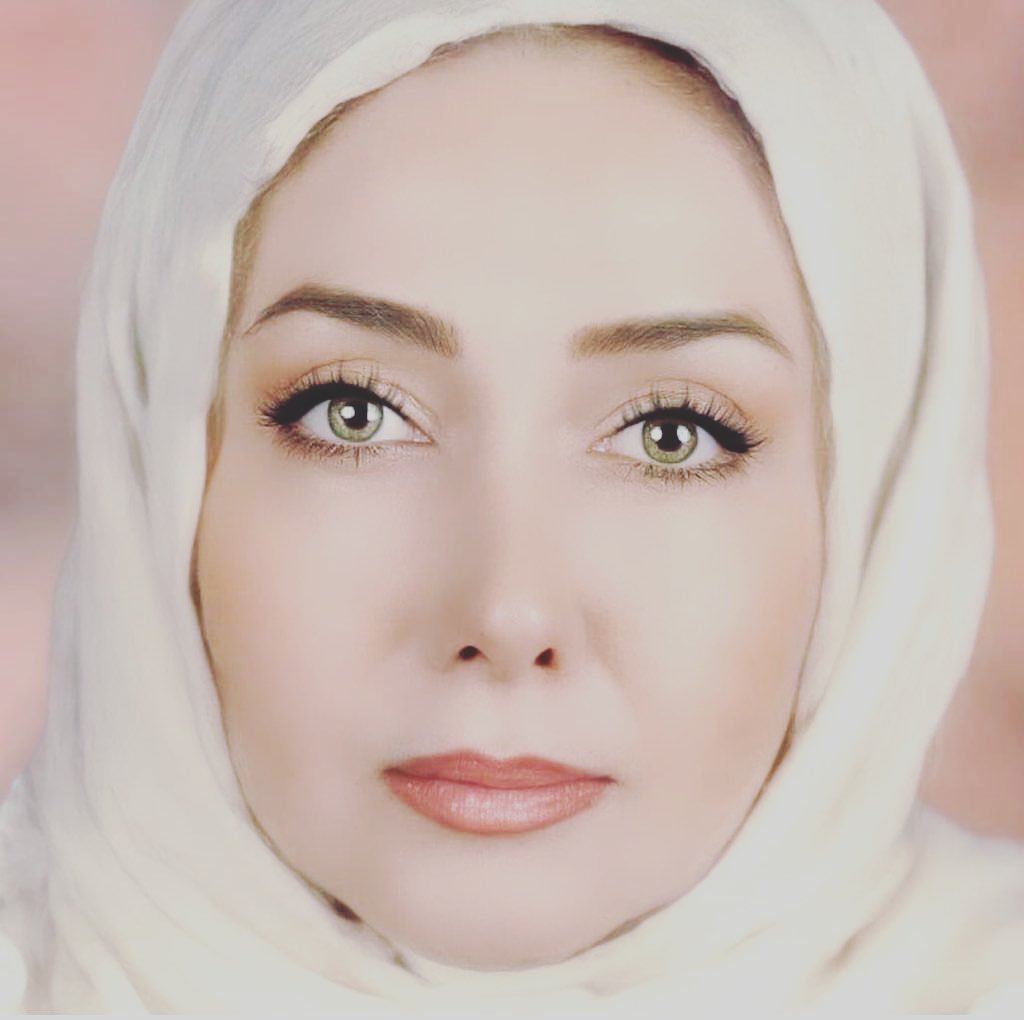 Saeed Poursamimi was accused of sexual harassment by Katayoun in a story she posted in June 1401. Then she published a photo of himself taken 25 years prior and claimed to have been assaulted.

Saeed Poursamimi was present for the film Leila Brothers at the Cannes Film Festival when she posted these images on her Instagram personal page. After publishing this contentious post, Panthea Bahram and Hamid Farrokhnejad objected to this action and thought it was improper to name specific individuals. 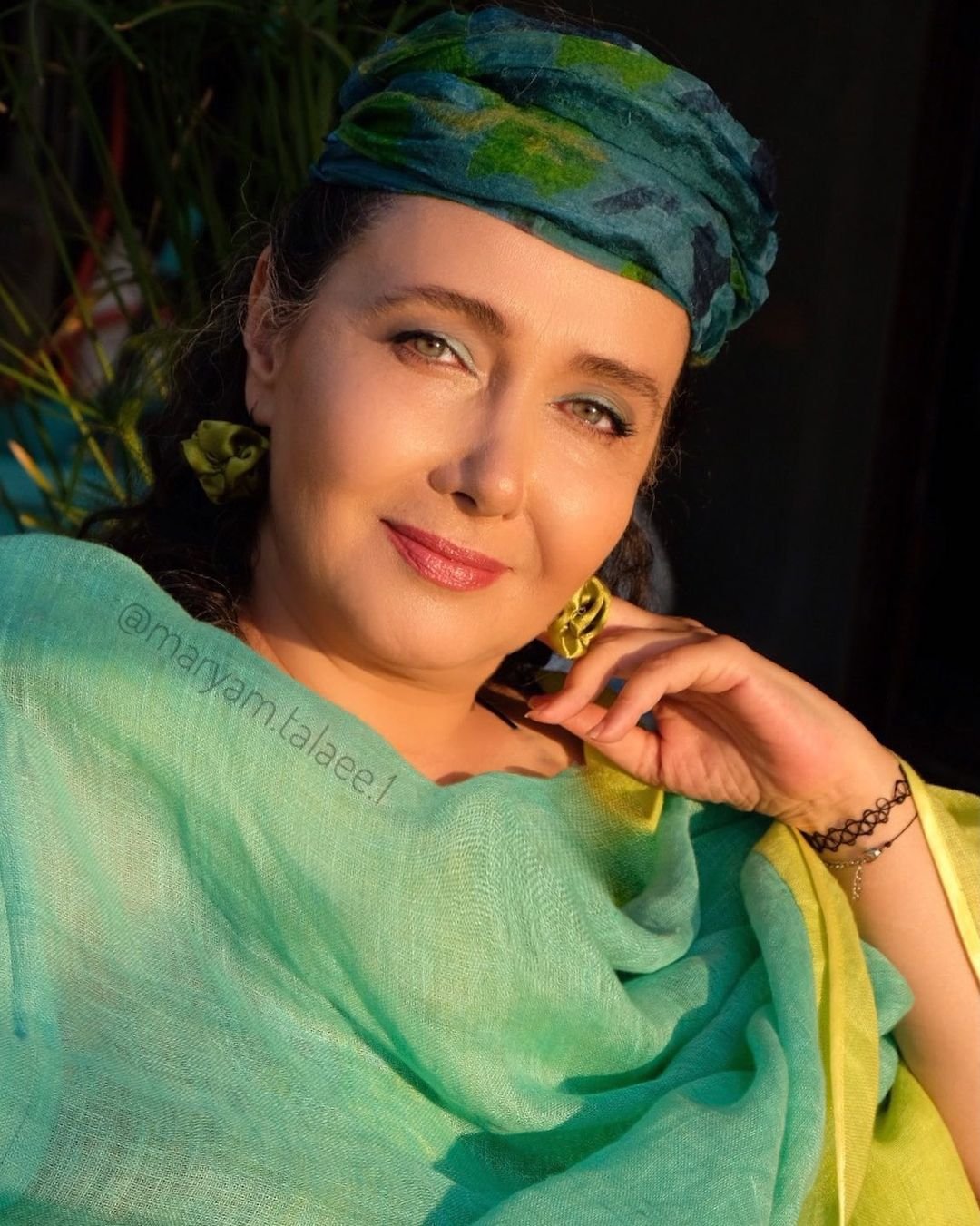 Her most recent performance was as Zulikha in the Youssef Prophet series. Katayoun Riahi announced his retirement from the acting world in a note to the Simafilm website in June 2008.

She said: “I don’t want to work anymore, and I want the sweetness of Yusuf the Prophet series to remain in my taste,” because in Yusuf’s movie, spiritual issues, peace, respect, modesty, and hijab were discussed. Therefore, she could not tolerate any other scenes. 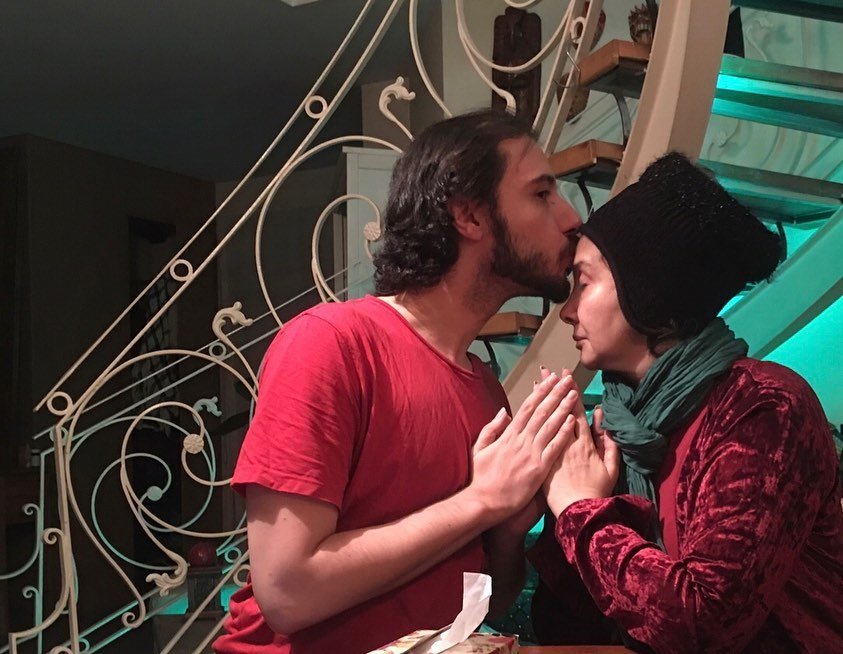 One of the interesting points of Riahi’s biography is that she has always paid special attention to humanitarian activities to advance human goals. The first Kish Island charity foundation, Kish Mehr Katayoun (also known as Help), was officially established on March 3, 2018, with a morning ceremony.

This organization focuses primarily on helping children who are born deaf but receive a cochlear implant to regain their hearing.

Katayoun is an optimistic listener and an eloquent and emotional speaker. She is more of a listener than a talker, but she does so with poise when necessary. She finds solace in helping others because their plight weighs heavily on her mind. 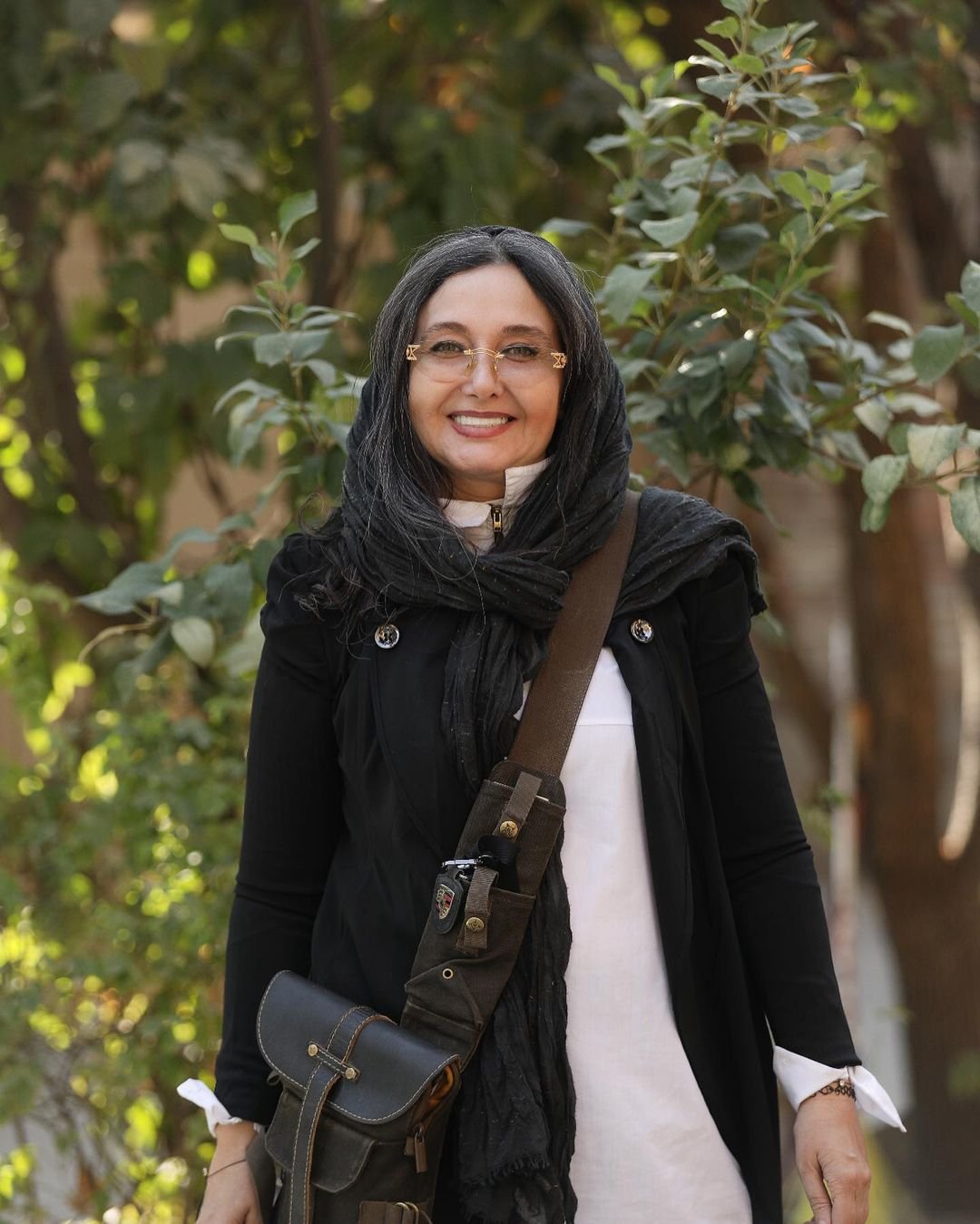 Katayoun Riahi and the art of writing

One of the reading points of Riahi’s biography is her writing. Katayoun published two books in 2014. The first is titled “A Window for Me” with a cover design by Abbas Kiarostami and contains eight plays published by Shama and Meh Publishing House.

Besides, in the introduction of this book, Reza Darskar describes different parts of Riyahi’s life. Her second book is also a children’s story called “Little Red Fish” with illustrations by Nagin Heshabian, published by Shama and Meh publishing house. 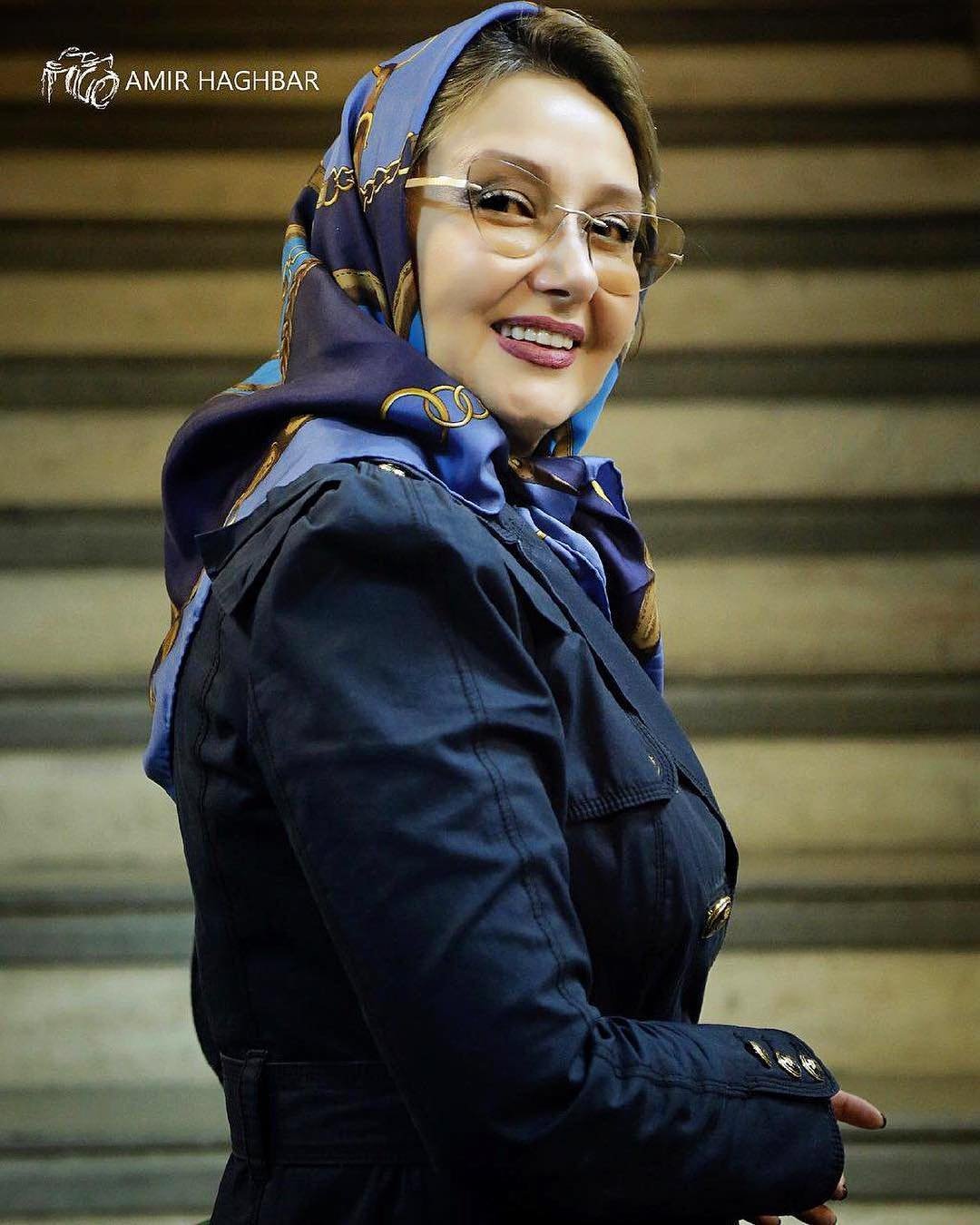 Katayoun Riahi was one of the first actors and famous figures to remove the hijab at the beginning of nationwide protests after the killing of Mehsa Amini. In solidarity with the demonstrators, she penned the slogans “Iranian women are the voice of each other” and “Enough lies.”

On Sunday night, November 29, the IRGC-affiliated news agency Tasnim reported that security agents had arrested Mrs. Riahi in her villa in one of the areas around Qazvin. However, it took about two months after security officers raided her home to catch this famous actor, who had apparently escaped finally.