Home » Marriage of an Iranian Woman to a Foreign Man
other

Marriage of an Iranian Woman to a Foreign Man

Marriage of an Iranian Woman to a Foreign Man

If you are thinking about marrying or proposing to an Iranian lady and have some questions, then this article is for you. There are specific laws for the marriage of an Iranian woman to a foreign man you should be aware of. According to Iranian culture, marriage is a momentous occasion that people must honor, not quietly but with splendor and distinction. It’s the most notable of all the celebrations, and Persians celebrate it in the presence of a significant number of people In this article, we will introduce you to the rules and traditions of the marriage of an Iranian woman to you.

Does Iran give citizenship to foreigners? 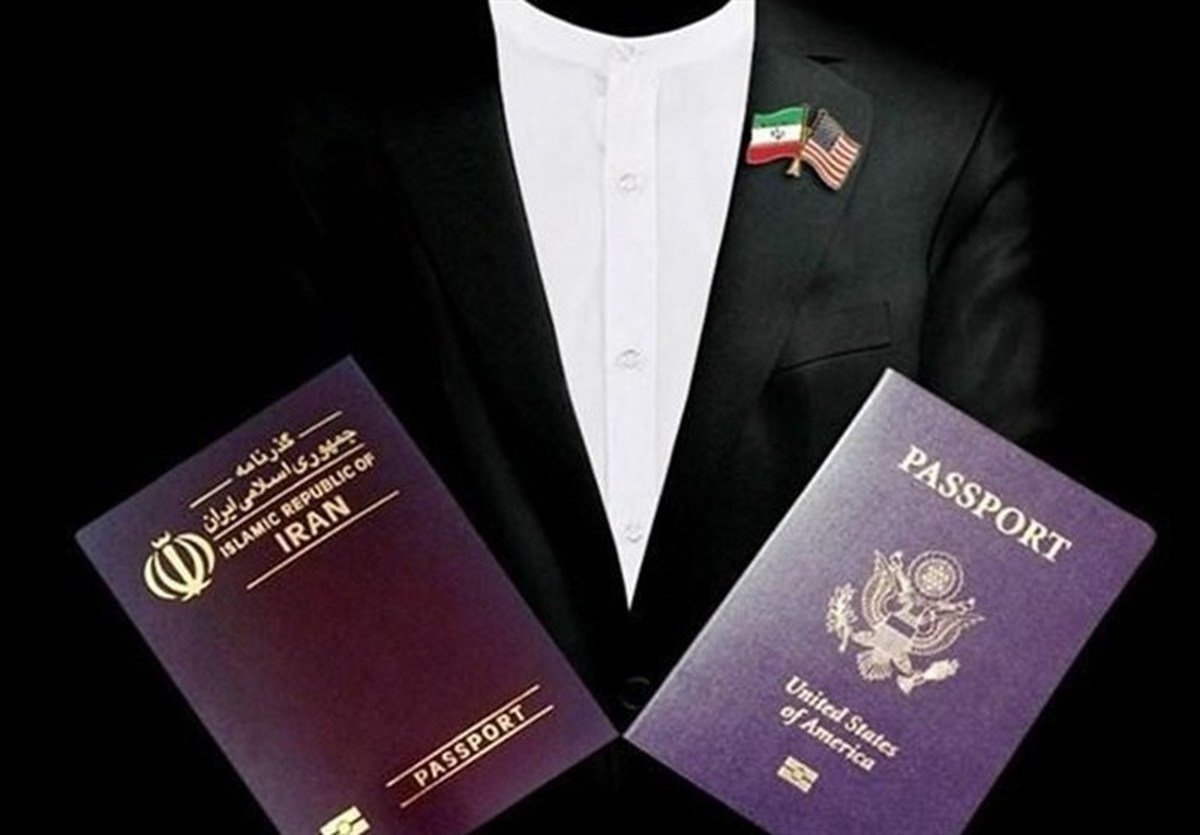 What Are the Rules of the Marriage of an Iranian Woman to a Foreign Man? 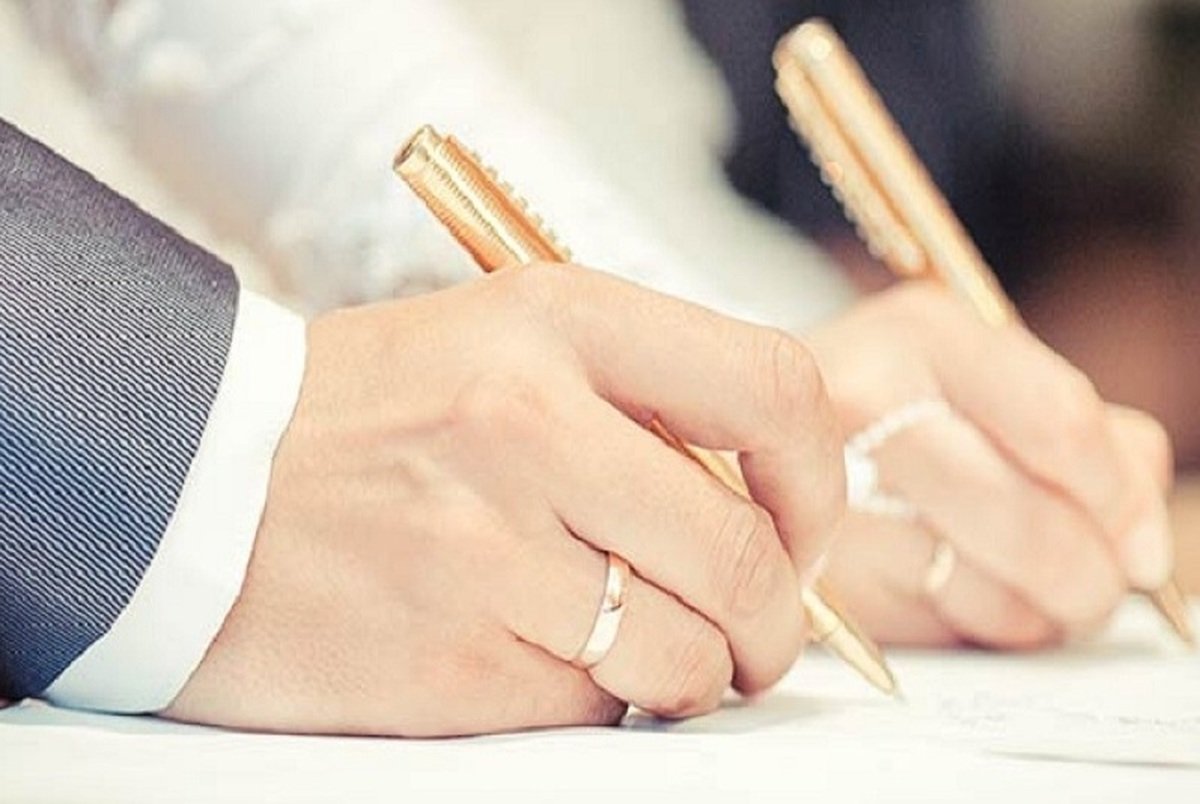 According to Iranian civil law, the marriage of an Iranian girl to a foreign man is subject to the approval of the Iranian government on a case-by-case basis. The Ministry of the Interior of the Islamic Republic of Iran has the responsibility of issuing authorization for the marriage of an Iranian woman to a foreign person. In effect, this implies that Iranian women have the ability to marry non-Iranian Muslims, regardless of their nationality. Muslim women can’t marry non-Muslim males, according to Iranian civil law.

Like many other rituals in Iran, the Iranian wedding ceremony has its origins in ancient Zoroastrian tradition, despite local and regional differences. Though the Quran and Islamic traditions have dramatically altered the conceptions and theories of marriage, the specific rituals have mostly stayed the same. Traditionally, the parents and other senior family members arrange the whole wedding ceremony. In rural regions and among traditional households, this is still the case. On the other hand, modern couples pick their own partners, while their parents’ approval is still highly important and is essential for both parties. The groom’s parents or other relatives are usually the ones who take the initiative and approach the bride and her family for their agreement, even among modern Iranian families, after the couple has made their own decision. In the following, we will explain some of the traditions of the marriage of an Iranian woman. 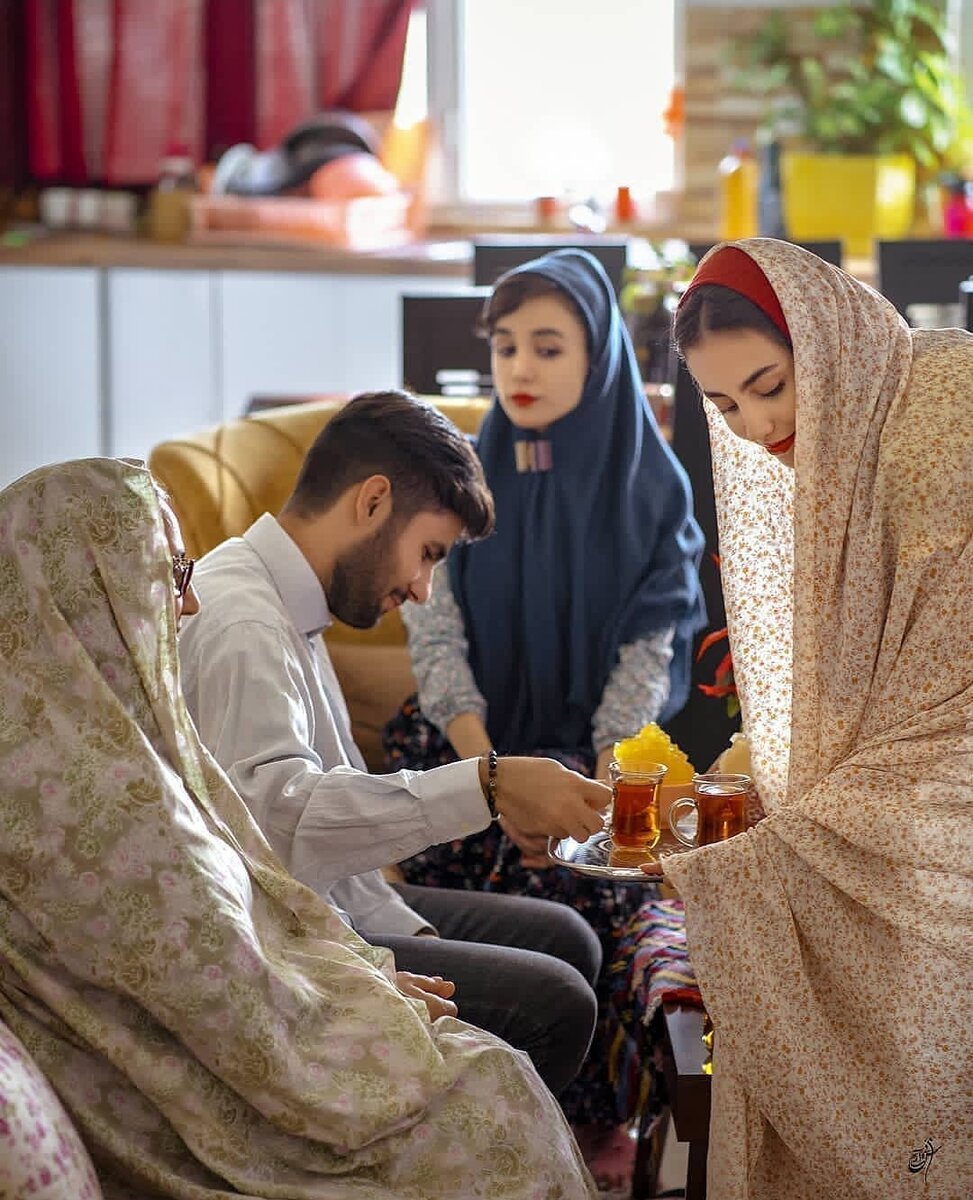 In accordance with the traditional Iranian marriage ritual, this is the first phase of the marriage of an Iranian woman. Once upon a time, when it was time for a young man to tie the knot, his family would look for possible brides who hailed from families of comparable social standing in the town to match him up with. The Khaastegaari ritual would begin after the guy, or his family had decided on a potential wife. Although these days men choose their wives, the tradition of Khaastegaari remains.  It’s customary for representatives from the man’s family to visit the woman’s family as part of this ritual. The initial visit might be for both parties to get acquainted. Each visit, the man’s family should give a bouquet to the girl’s family, and the girl’s family should serve tea, fresh fruit, and sweets. Remember that in the marriage of an Iranian woman, her father should be consent; otherwise, the girl and boy can’t marry. 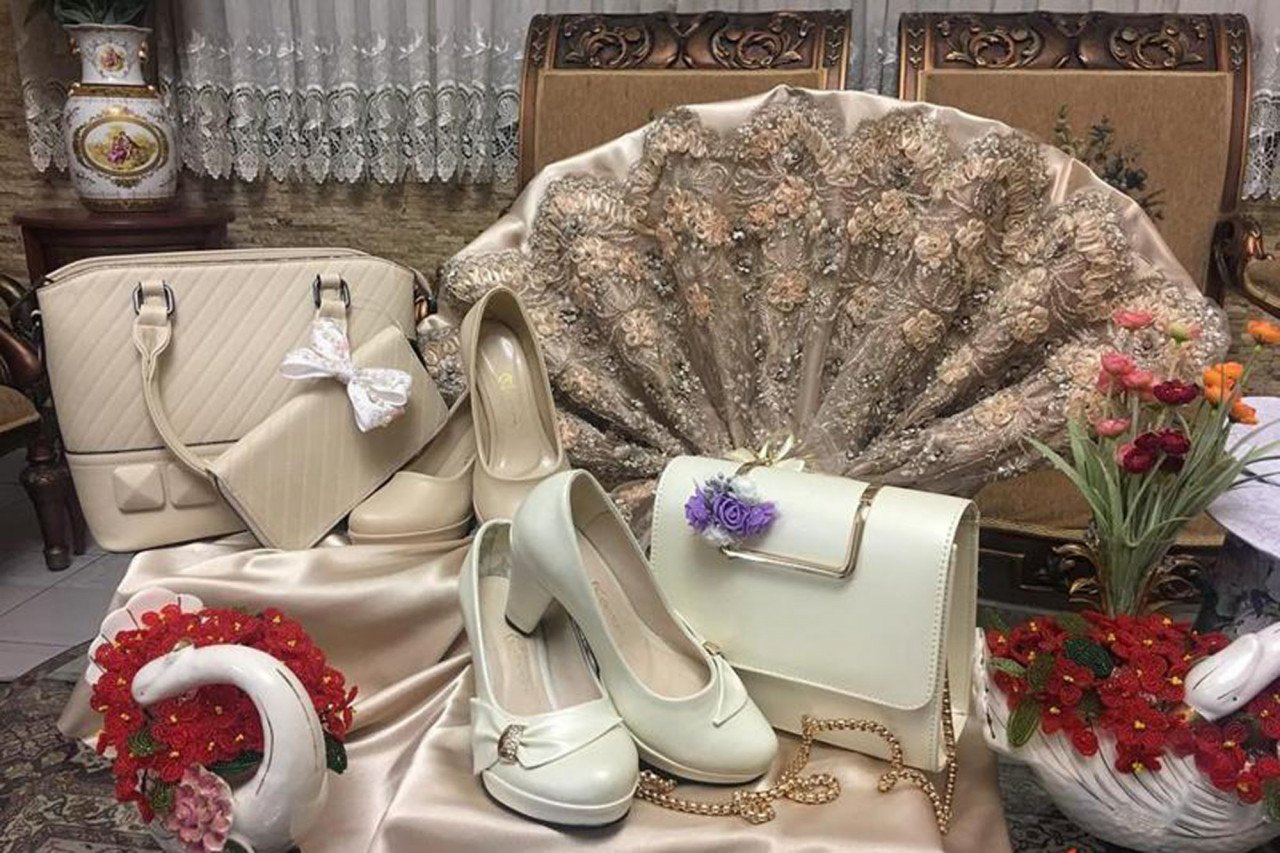 It’s the ceremony that takes place immediately after the official proposal and publicly announces the couple’s desire to create a union. At this point, both the man and the woman are content with their relationship. According to traditions, both families have approved the union and any stipulations that may apply to the marriage. Traditionally, the bride receives a ring as a present from the groom’s parents at this ceremony. The second essential component in Iranian tradition is the jewelry set, which the groom gives to the bride once they agree to the marriage contract. Typically, the bride and groom choose that set on the same day they get their wedding rings. Furthermore, the silver mirror and candleholders are additional gifts for the bride that the groom or his family should purchase before the wedding ceremony. 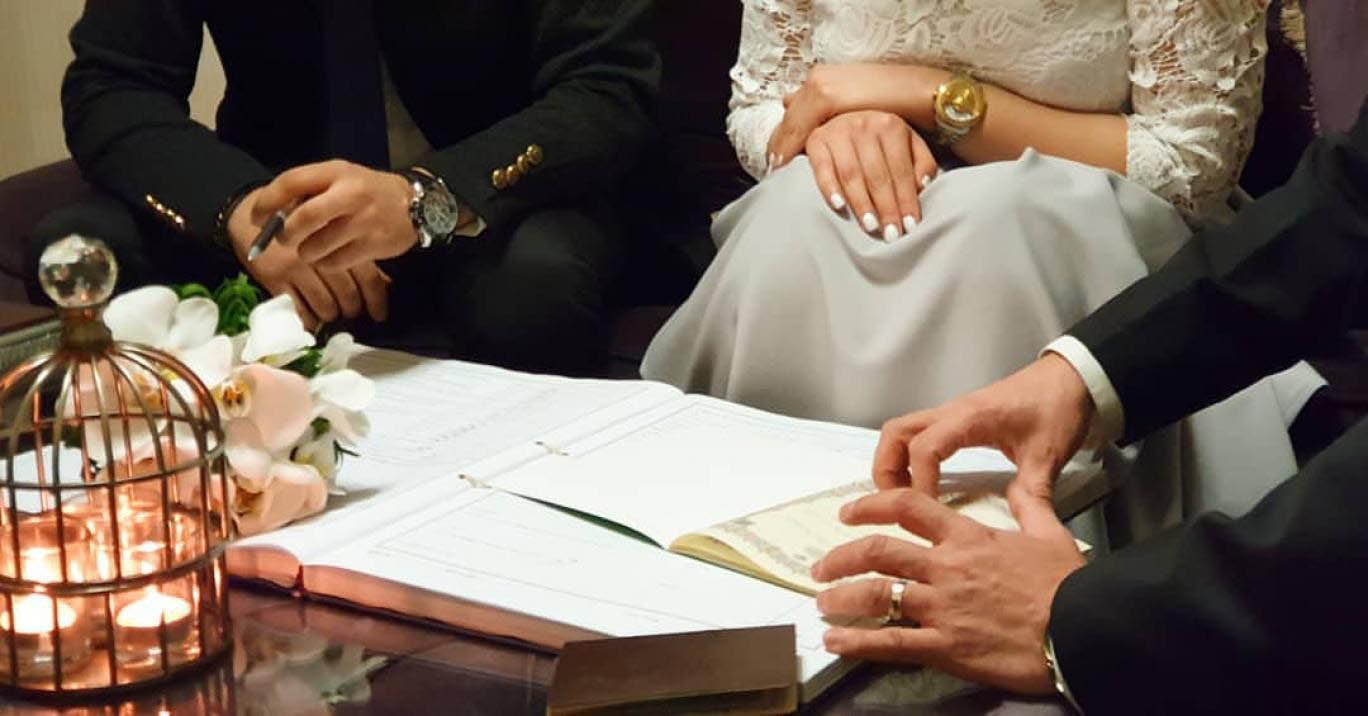 In Aghd, a clergyman announces the woman and man a legally married couple. There are several foods and decorations for Aghd; including: 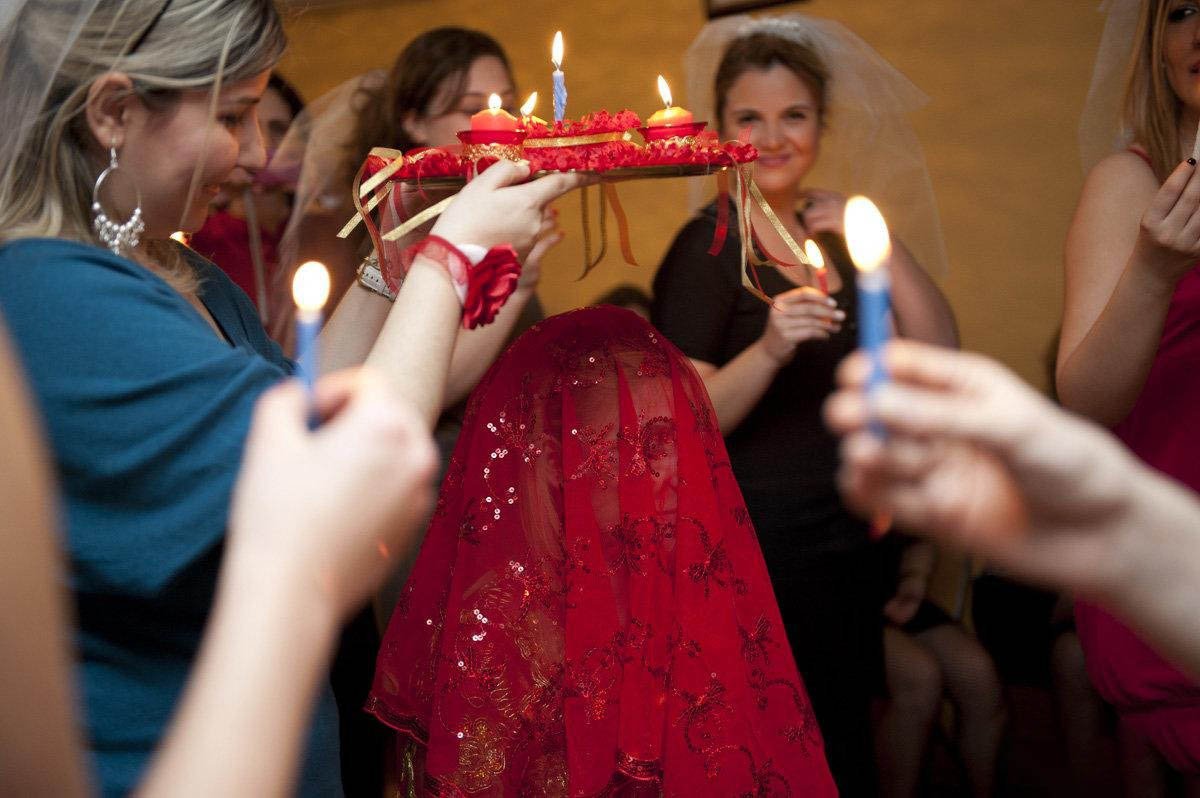 It’s a ritual that takes place one day before the wedding at either the bride’s or the groom’s home, although Iranians often hold it at the bride’s home and among female friends and family. In some areas of Iran, some have Hanaa Bandaan with the wedding ceremony.  Usually, they break the dried henna supplied by the bridegroom’s family into pieces in a silver or copper cup by a lady whose parents are still alive and still living together, according to tradition. Following the bride’s preparation, they cover the bride’s head with a veil embellished with red flakes, and she goes towards the middle of the ceremony as guests sing traditional songs about henna. As the bride is in the middle, they put henna first in her hands than in other guests’ hands. As we mentioned above, in some other regions of Iran, they celebrate Hanaa Bandaan at the end of the wedding ceremony; in this case, they put henna in both bride and groom’s hands and ask them to hold hands as a sign of union.

How to Marry an Iranian Woman?

If you’re dating an Iranian girl and now you two want to marry, just follow the rules and traditions. Firstly, you need to ask for her father’s consent. No Iranian girl can marry without her father’s permission. Remember to treat her parents with respect and accept their traditions. Also, remember that to ask for the father’s approval, you ought to make a contact with him via your parents. Then you should go to the Khaastegaari session with your parents. In Khaastegaari, you have to prove yourself to them why you’re a good partner for their daughter.

11 Khayyam Poems in English and Farsi