Mohammad Reza Foroutan (محمدرضا فروتن) is a famous Iranian actor and singer who graduated from Clinical Psychology at Azad University. He was born on December 28, 1968, in Tehran, Iran. 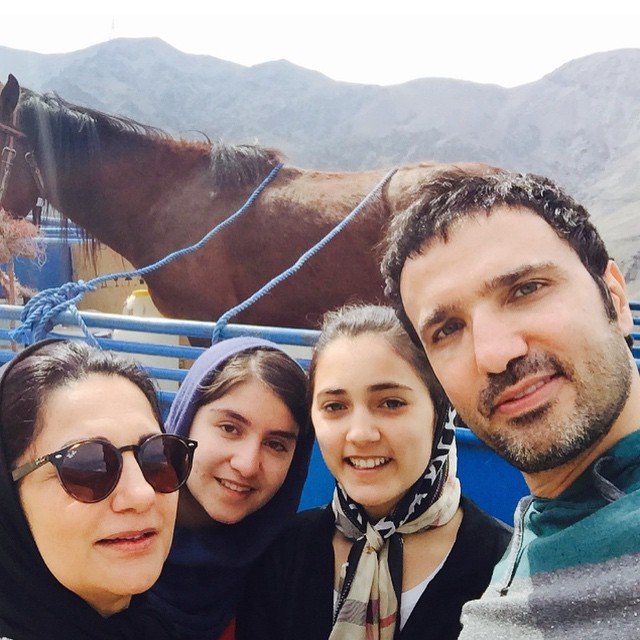 Mohammad Reza Foroutan was born in a family of six people, and he has four sisters. Although he has a Ph.D. in clinical psychology, he was not interested in studying when he was a teenager, and his family had to assist him in his studies. 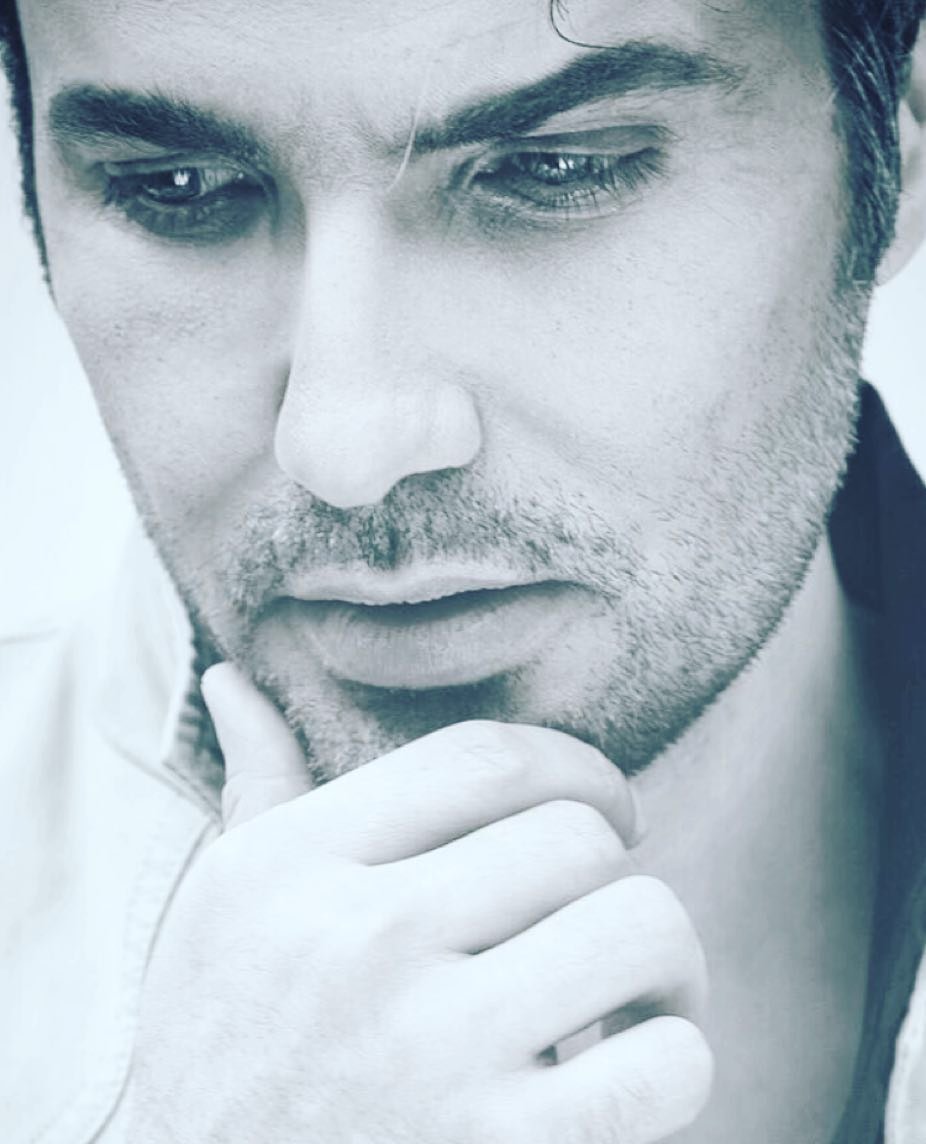 When Mohammad Reza was 24 years old, a photographer friend named Akbar Isfahani introduced him to Bahram Kazemi for a small role in the film “Hadaf,” or “Goal.” Bahram Kazemi pushed him to attend acting courses and take his acting profession more seriously after seeing him in “Goal” in 1994. 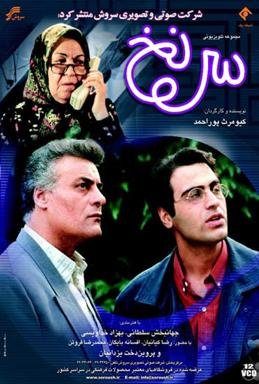 In 1996, Mohammad Reza appeared in the TV Series called “Sarnakh.” The show’s genre was mystery and police drama. His performance on this show was so noteworthy that he was offered a role in a film directed by Masoud Kimiai following the first episode of “Sarnakh.” 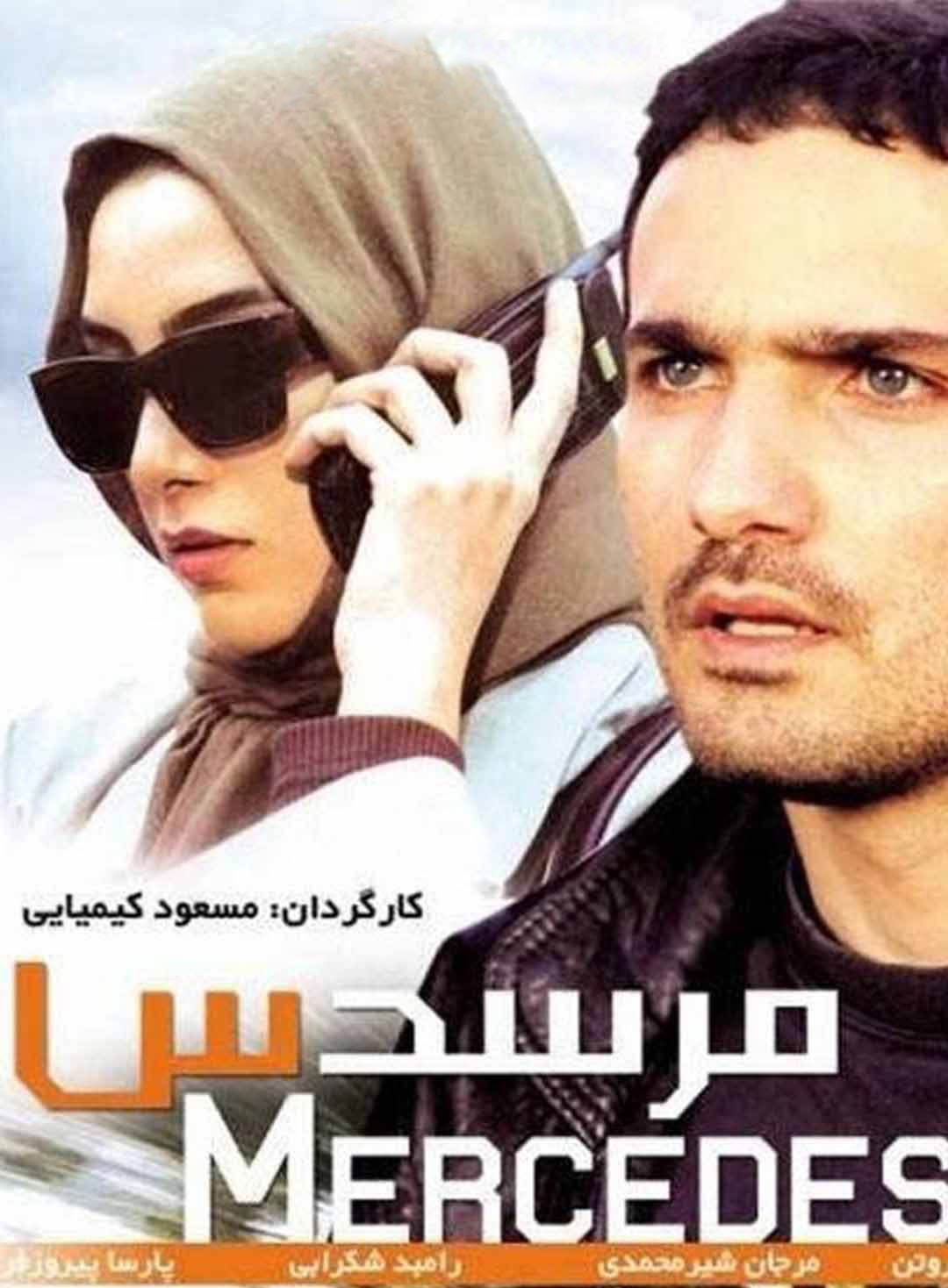 In 1998, Foroutan acted as Esi in “Mercedes,” directed by Masoud Kimiai. Esi, whose father becomes ill, is assigned to go on a mission with her father’s Mercedes instead of him. He postpones the task and decides to spend the day with her friends in the expensive car, but things turn sour, and he is forced to fire the vehicle. If you’re interested, watch the movie to find out why he fired the car. 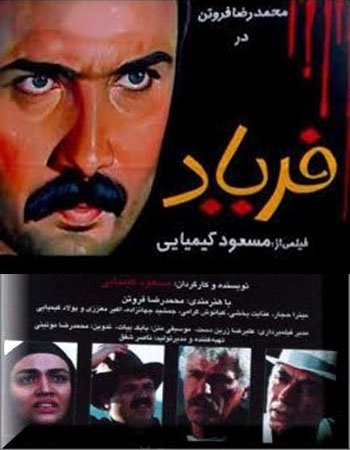 In 1999, Mohammad Reza acted as Sohrab in “Faryad” or “Cry”, directed by Masoud Kimiai. The movie is about a boy named Sohrab who gets into a fight with a man who suffers a stroke in the middle of the battle and dies; the man’s brothers now seek revenge on Sohrab. If you wish, you may easily download the movie with English subtitles to find out whether the brothers take revenge on Sohrab or not. 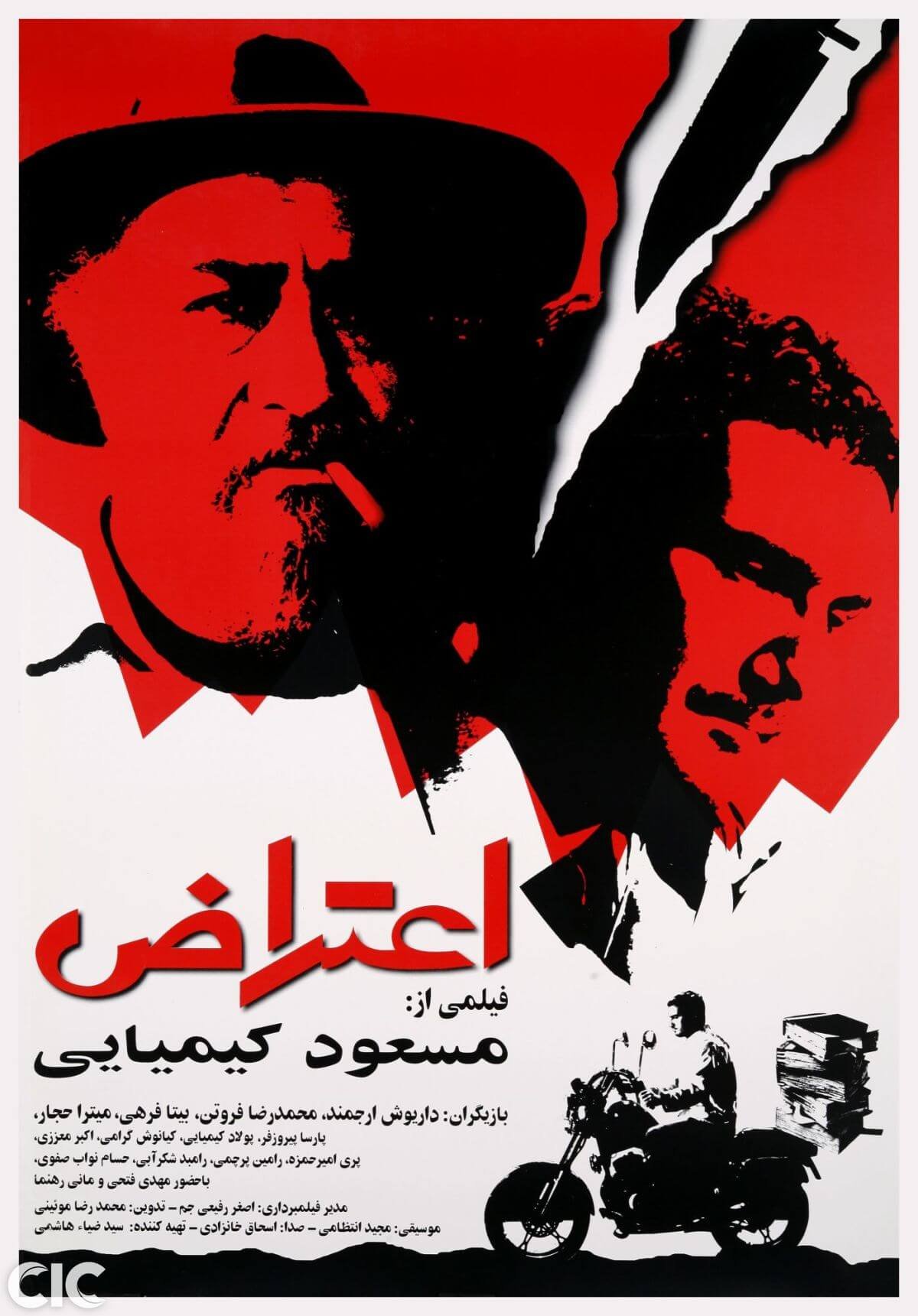 In 2000, Foroutan acted as Reza in “Protest,” directed by Masoud Kimiai. The film isn’t about a single character, but rather a group of them. Two of the main characters are Reza and Laden, who fall in love together but break up due to Reza’s financial difficulties. Mohammad Reza Foroutan became significantly famous by acting in “Mercedes” and “Protest,” both directed by Kimiai. 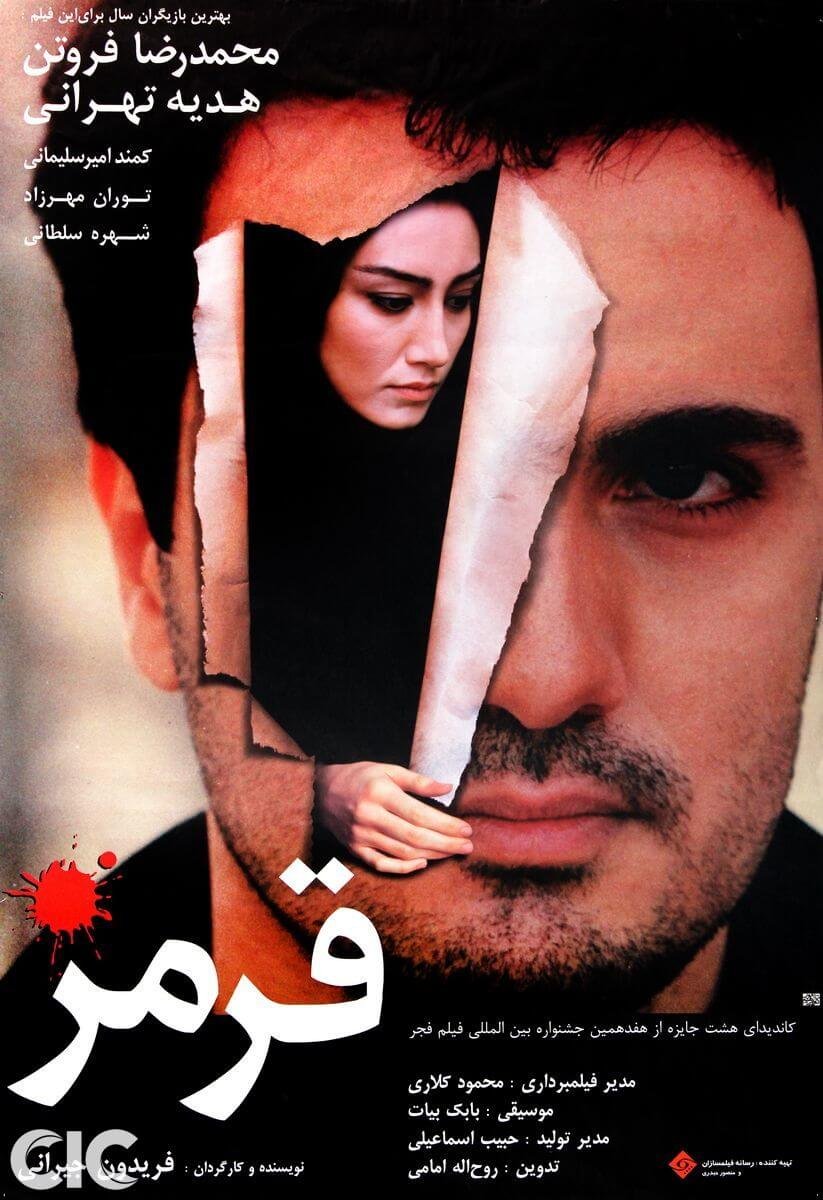 In 1998, Foroutan acted as Naser in “Ghermez” or “red” movie directed by Fereydoun Jeyrani. Naser marries Hasti, even though he has a paranoid personality disorder, but he usually beats up on Hasti because he thinks she’s cheating. Naser kidnaps Hasti’s daughter and invites her to come home to him, where he plots to trap her. He won the best male actor award at the 17th Fajr Film Festival for playing in this movie. 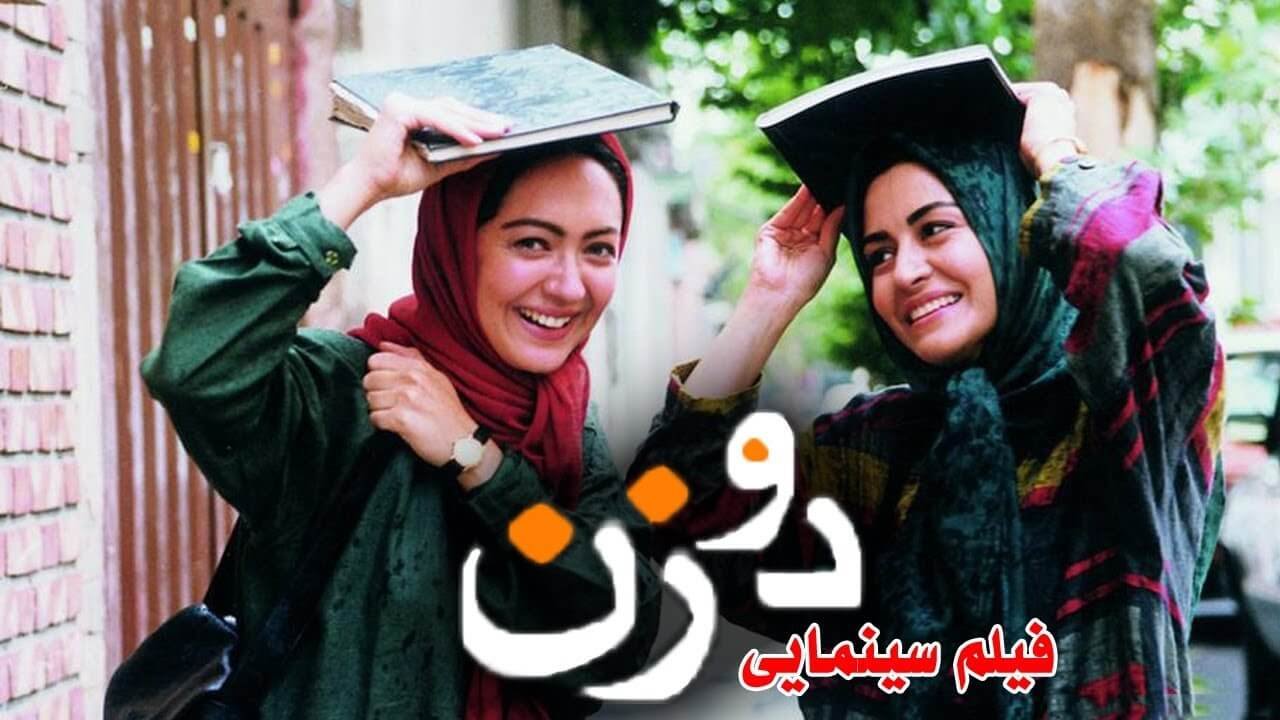 In 1999, Mohammad Reza acted as Hassan in “Two Women” or “Do Zan,” directed by Tahmineh Milani. The story has three leading actors, Hassan, Fereshteh, and Roya. Hassan falls in love with Fereshteh. After years of education in Tehran, Fereshteh returns to Isfahan, but Hassan doesn’t give up and pursues her to Isfahan, where he kills a boy in a car accident and spends 13 years in prison. Mohammad Reza Foroutan co-stars with Hedieh Tehrani and other known celebrities in “Two Women.”

Foroutan in “Born under Libra” 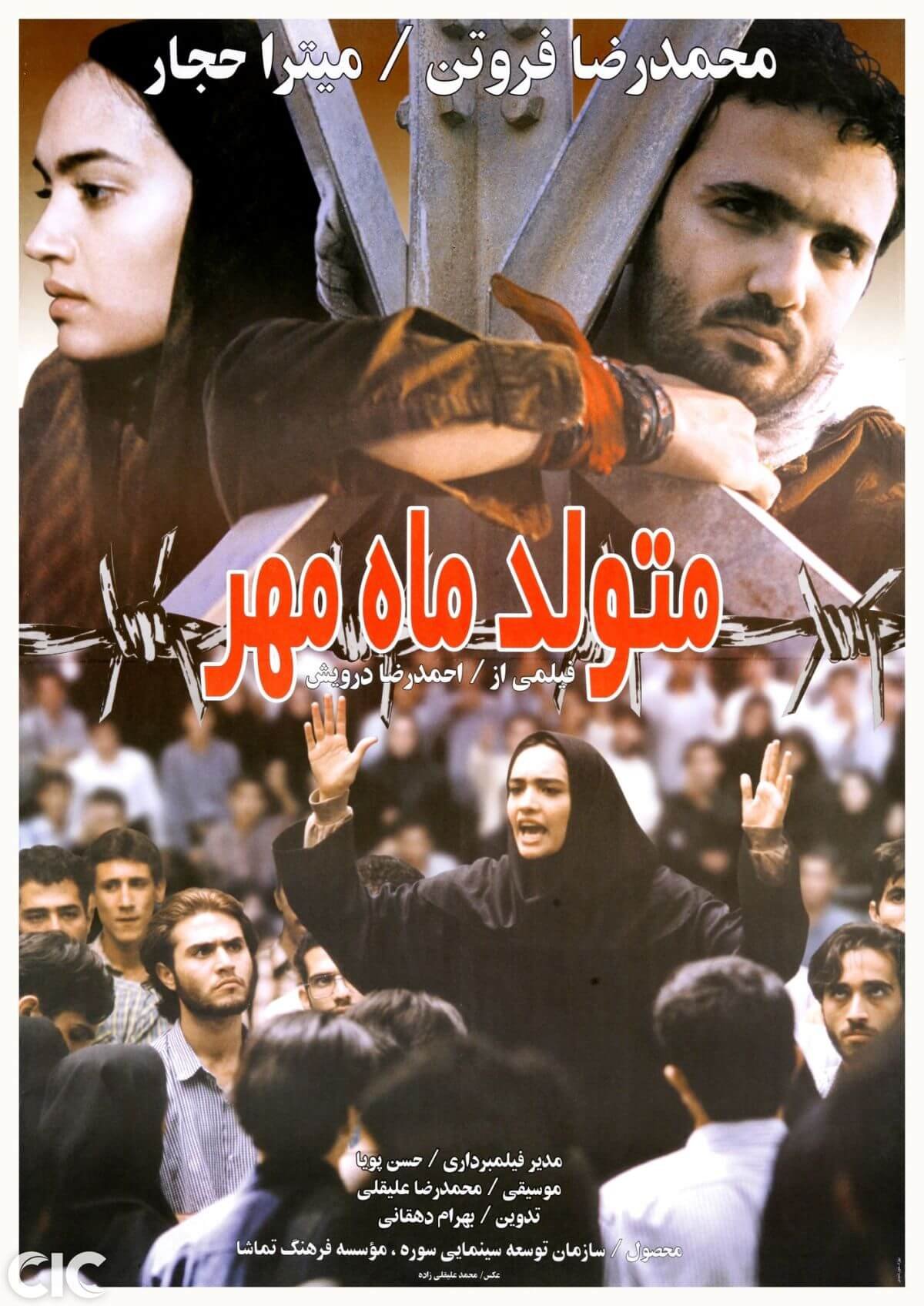 In 2001, Foroutan acted as Daniel in “Born Under Libra,” directed by Ahmad Reza Darvish. It’s about Daniel, who moves to Tehran for education but faces several challenges.

Mohammad Reza in “The Longest Night” 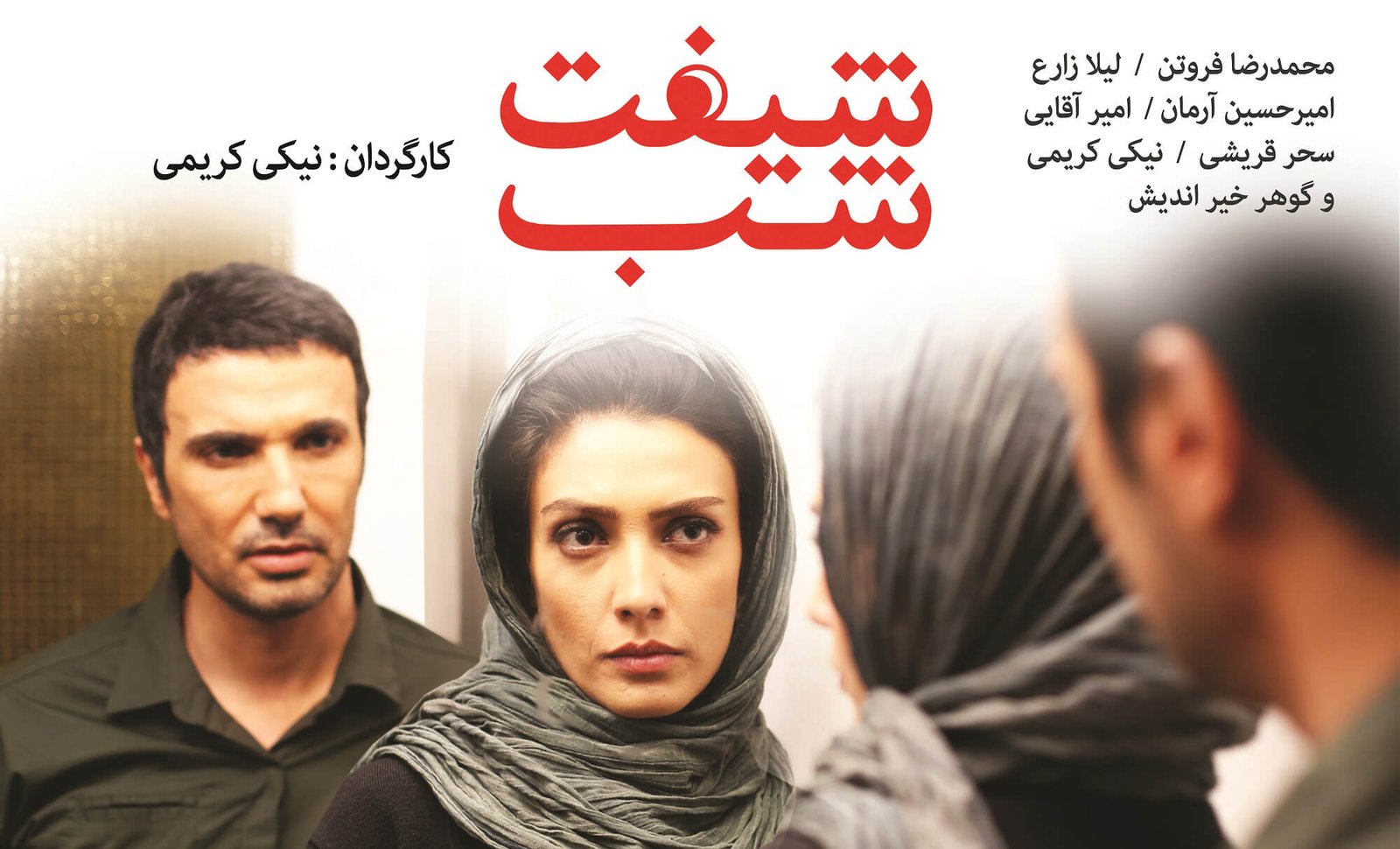 “The Longest Night” or “Shabe Yalda” was directed by Kiumars Pourahmad in 2001. In this movie, Mohammad Reza Foroutan acted as Hamed and won the best actor award at the 5th Cinema House Festival for the leading role in “The longest Night.” The movie depicts Hamed and his wife, Mahnaz. She leaves Iran with her daughter under the guise of seeking more freedom, but Hamed discovers she left Iran to be with another man. After a while, Hamed meets Pariya, who clarifies that his wife never loved him. Hamed gets depressed when his wife and daughter abandon him. We recommend you watch the movie to learn what happened to each character. Mohammad Reza Foroutan became more and more prominent among Iranians by acting in “Ghermez,” “Two Women,” “Born under Libra,” and “The longest night.” He continued his successful career over the years; let’s look at his latest movies. 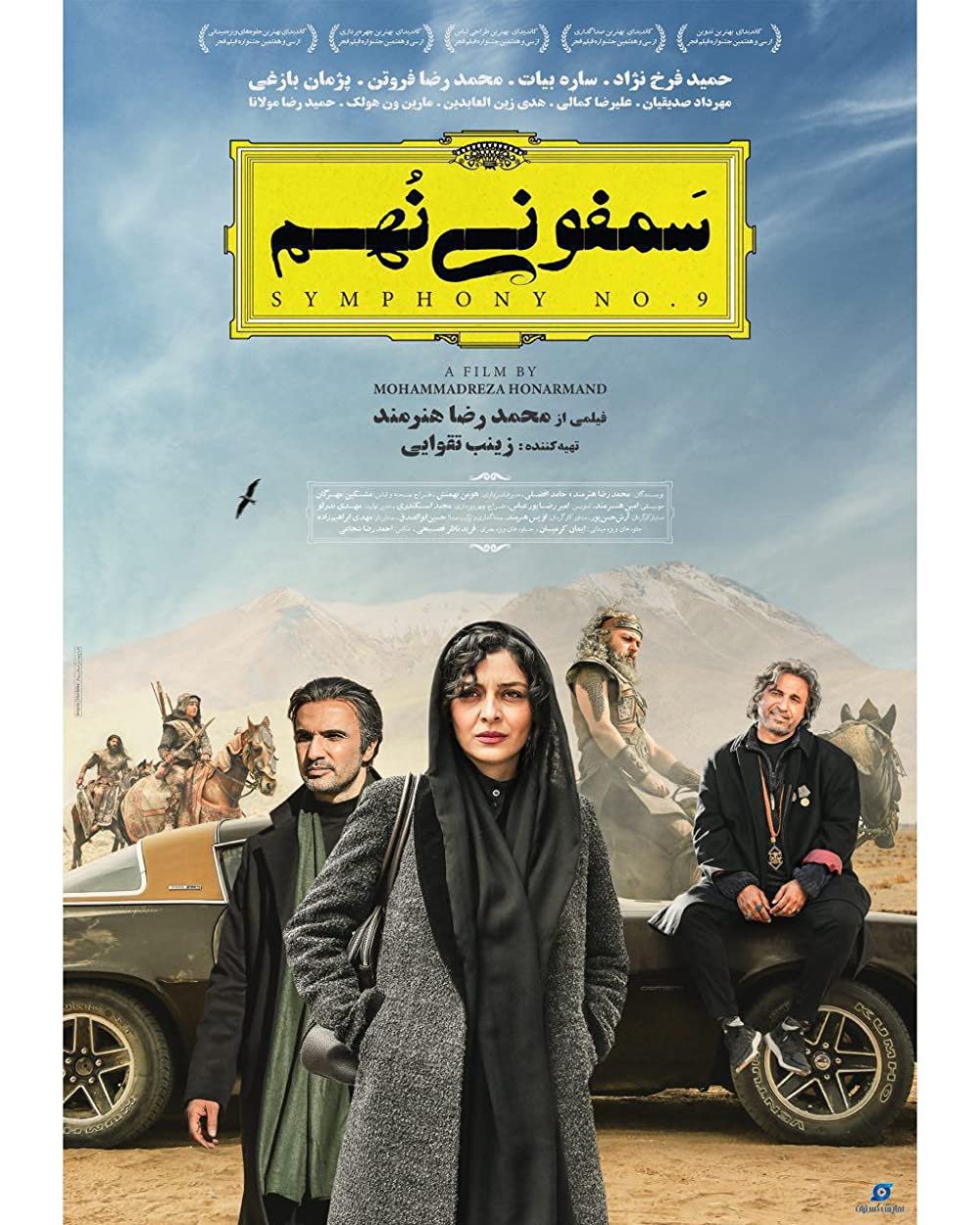 In 2019, Foroutan acted as Kambiz in “Symphony No. 9,” directed by Mohammad-Reza Honarmand. He co-stars with Sareh Bayat, Hamid Farrokhnezhad, Pejman Bazeghi, and Elham Nami; they are all superstars in Iran’s cinema. Mohammad Reza Foroutan accomplished several awards in Festivals, and although he has been acting for three decades, he remains one of the best stars of Iran’s Cinema.

Foroutan as a Singer 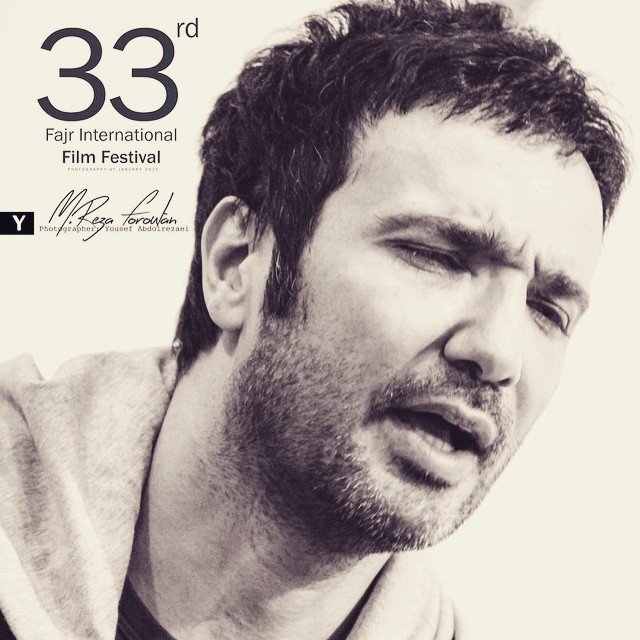 Foroutan has always enjoyed singing, but no one in his family encouraged him to pursue his passion. He appreciated singing in the film “The Longest Night,” which we already discussed. He discussed his enthusiasm with Afshin Yadollahi, and he offered that he and Foroutan collaborate on this project. They released their first album called “Mifahmamet” or “I understand you” in 2017. 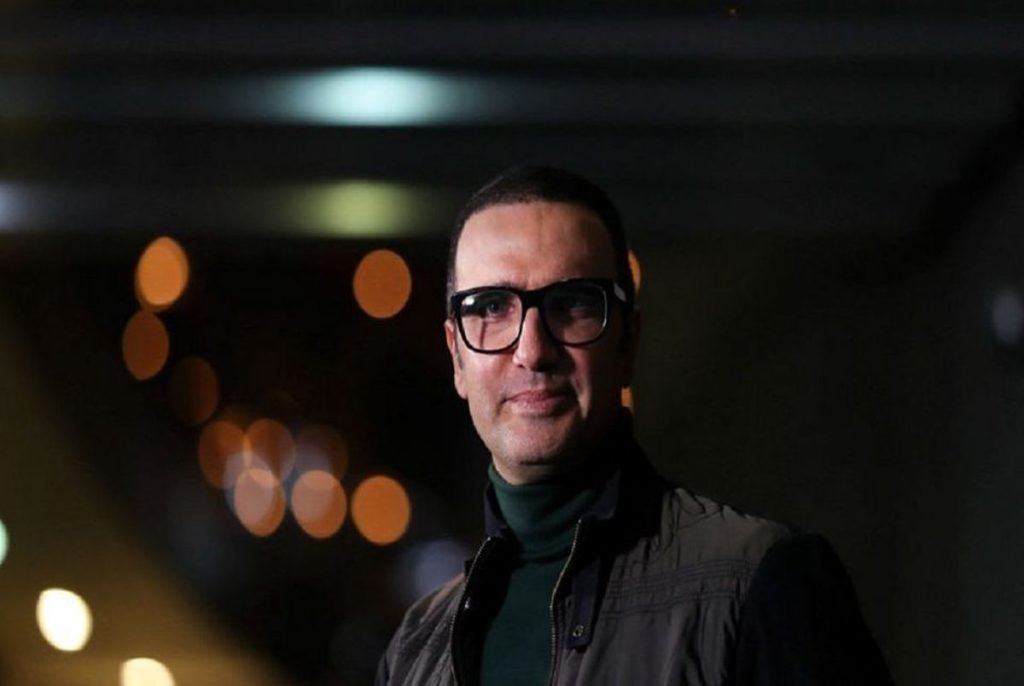 Foroutan stated in an interview that his family wanted him to be a doctor; below are excerpts from his talk. “I’ve always had a passion for art and performing since I was a child, but I’m not sure why my family and others in my life wanted me to be a doctor.As a result, and against my own will, I selected the experimental field and pursued a doctorate in psychology.” The rationale for this is simple: all Iranian parents want their children to become doctors.

Education as a Help 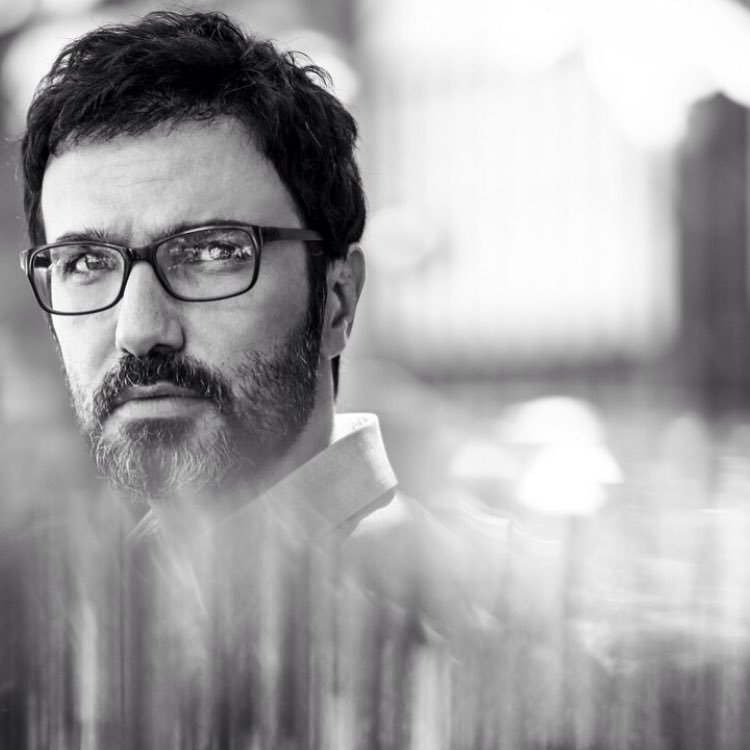 He claimes that studying psychology in university helped him immensely in the success of his career because he discovered that nurturing the soul is just as important as maintaining a healthy body. 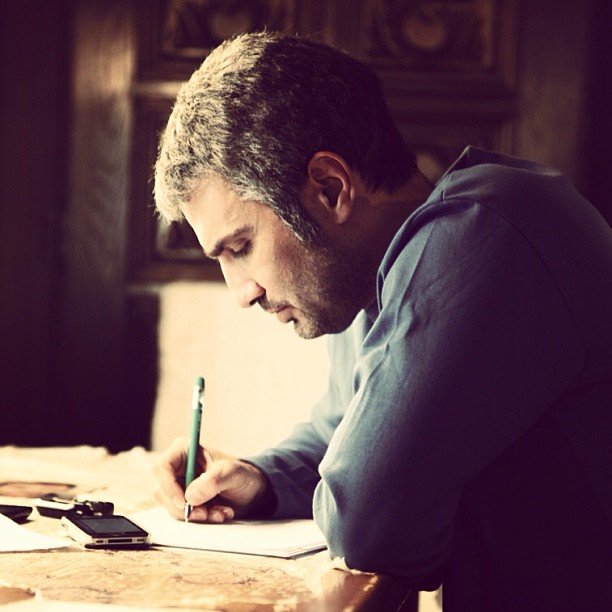 Despite his busy schedule, Mohammad Reza enjoys reading a variety of books, particularly those regarding human minds and souls. Also, Mohammad Reza adores literature but has never devoted enough time to it, and he has now decided to allocate more attention to it than ever before.

Mohammad Reza Foroutan and his Appreciation of  Pains 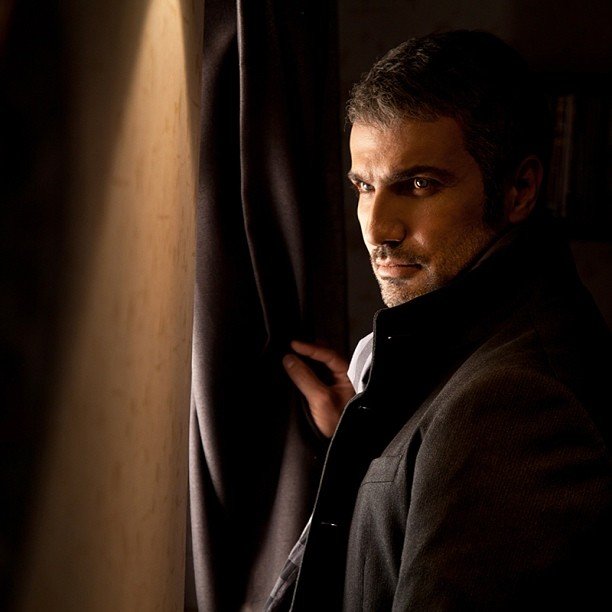 In an interview, Mohammad Reza stated that he appreciates all of the pains and sufferings he has ever endured in his life. Also, he believes that pains are challenging, but they are necessary for us to grow. An excerpt of his interview is: “I am grateful for the fire that was in my life and that I had to endure it; it burned and tortured me, but I love them all deeply, and they shaped me into who I am now.”

We gathered movies in which Mohammad Reza appeared. 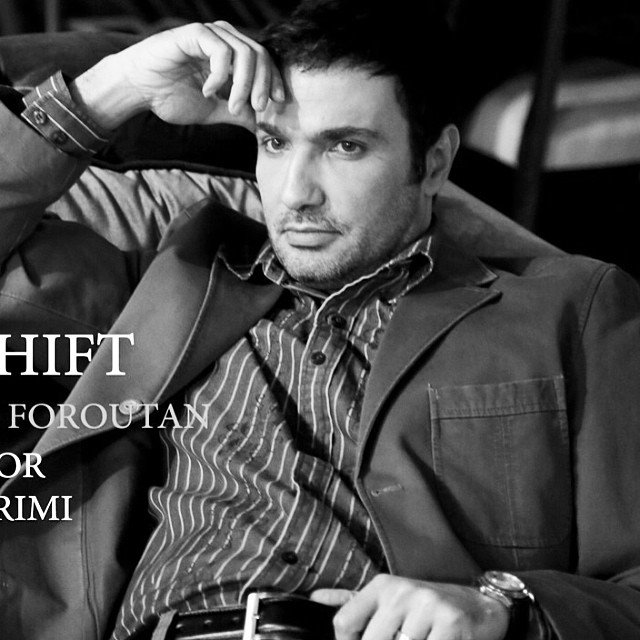 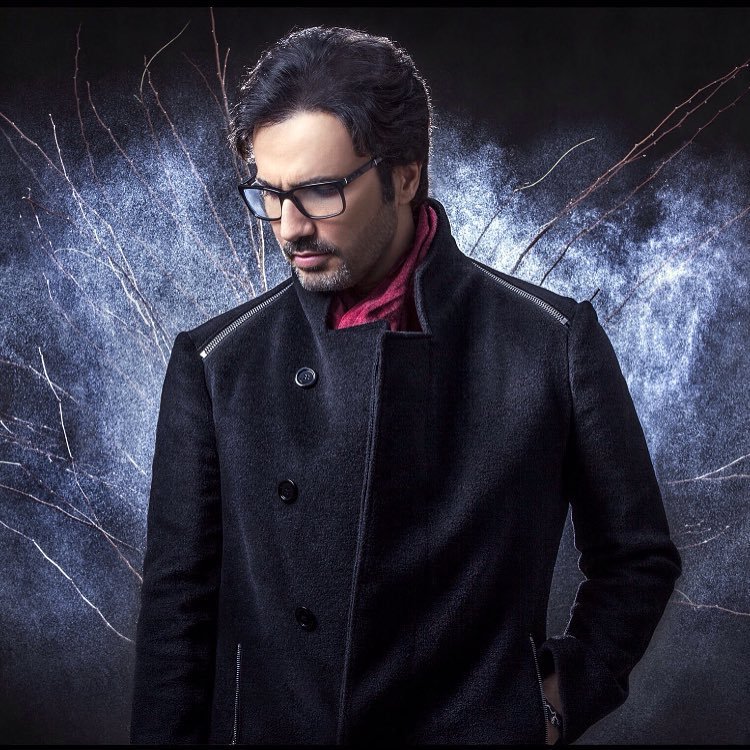 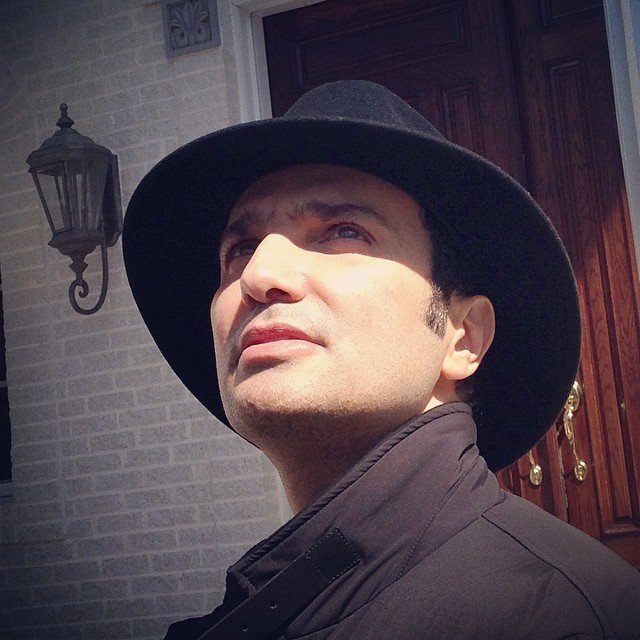