Home » Most Common Poker Tells To Be Mindful Of
Games

Poker tells are tricky, especially for beginners in the world of poker. Beginners spend a lot of energy learning to read opponents’ tells and avoid common tells. On the other hand, pros leave tells aside and focus entirely on the poker itself, strategies, and rules. However, the correct approach is neither one. The best way is somewhere in the middle, where you play according to the rules, apply strategies, and pay attention to poker tells. But which poker tells should you really care about? This is the question I am about to answer in this article. Stay with me until the end to learn the common poker tells, poker tell signs, and how to read them.

What Is A Poker Tell? 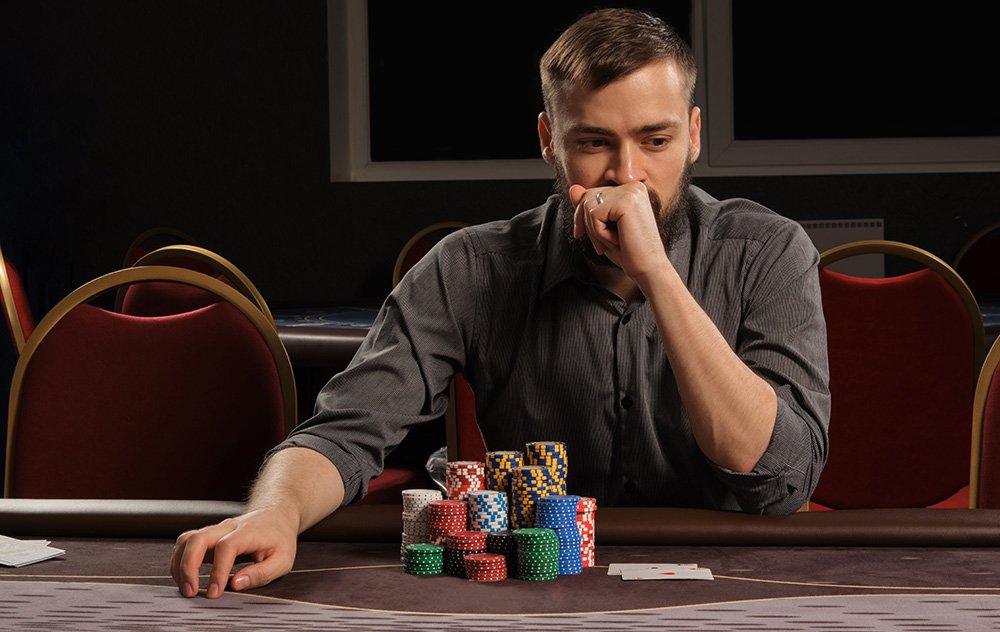 Before we get into the details, let me explain what a poker tell is. Because poker tells vary from player to player while a group of them are common among beginner and pro players.

“Tell” is a poker terminology that refers to a player’s unintentional change in behavior or demeanor, giving clues to other opponents about the strength of his hand. In other words, if you frown after sneaking on your cards, this may be a clue that you got a losing hand. Pro poker players can read poker tells well. In addition, some players have specific patterns of behavior, and the more you play with them, the more you can recognize their patterns and tells. For example, players become talkative when they get a winning hand, or they may have a special bet sizing when they get a losing hand. So, there are infinite tells at the poker table that you should be mindful of as a good player. It would be best if you were mindful of your opponents’ tells as well as tells you may be giving off.

As I have said, there are infinite poker tells as they vary from player to player and game to game. Still, some are common among all players; beginners and pros.  Below you will read about the ten most common poker tells and how to recognize them. 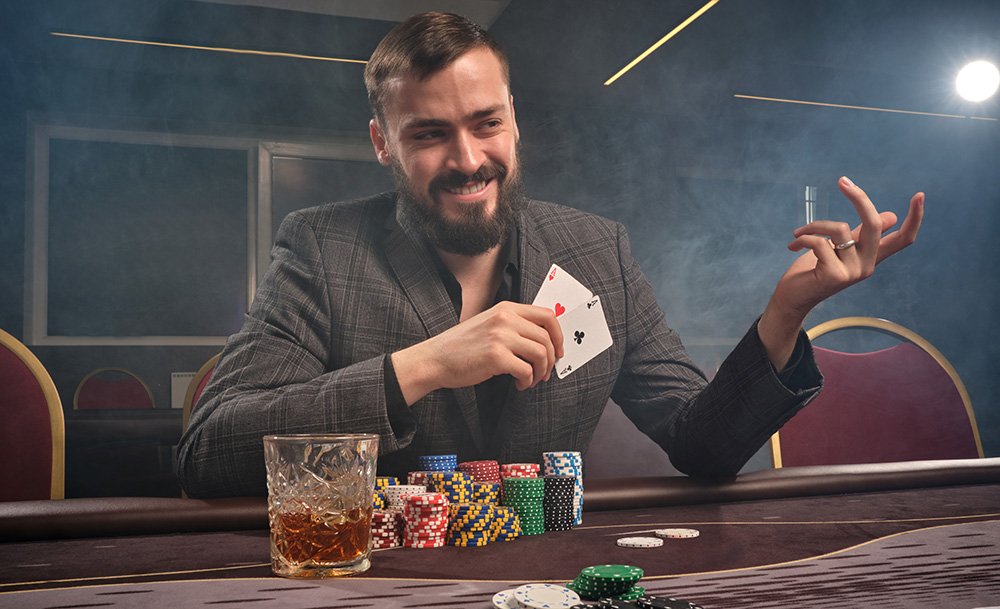 Have you heard that eyes never lie and eyes are openings to one’s soul? Believe it or not, these quotes apply to poker. One main reason that poker players wear sunglasses is to avoid giving off eye tells. For this reason, it is tough to see eye reactions at the poker table. But it is gold if you can catch it.

Have you ever noticed that people’s eye pupils dilate when they are shocked, surprised, and thrilled? This is not just a claim. There is science behind it. When you see someone you love, your eyes become circles! Your eye pupils dilate because suddenly, adrenaline or epinephrine rushes into your blood. The same thing happens when you see a straight flush in your hand. Maybe, in this case, the amount of adrenaline pumped is even more 🤑! So, according to the science of pupil dilation, you can say if someone is winning big. Also, you should be careful about your pupils. Trust me, this is a reliable poker tell. Even if it is hard to catch, you better trust it when you do. However, do not get me wrong here. I do not suggest staring at your opponents. It would be best if you practiced catching eye tells. That’s it.

This poker tell can be tricky to be correctly read. There is also the science behind heavy breathing. Heavy breathing is a sign that your body is under stress or detects your status as a “fight or flight” situation. It tries to get you out of it by pumping adrenaline and other hormones into your veins. Adrenaline increases your heart rate and respiration rate. In the case of poker, a player’s heavy breathing may be due to a flush in his hands, suggesting a fight situation.

On the other hand, it may be due to a busting hand suggesting they should fly out of the hand asap! For this reason, heavy breathing is not a valid tell to rely on when it comes to the strength of your opponent’s hand. You better consider other tells combined with heavy breathing, then decide more confidently.

Hands have much to say when it comes to poker. Most human emotions are reflected in their hand movements. This is another science behind human reactions. People play with their fingers, make a fist, or play notes using their fingers when they are waiting, bored, or stressed. In fact, hands are essential elements in human body language that reflect so many things about our feelings and state of mind. If you read about human body language, you realize that poker tells have the exact science behind them. Playing poker is one of those occasions where people primarily use their hands and you can take advantage of their hand movements. Common poker hand tells signs are:

༼ つ ◕_◕ ༽つ First one is hand crossing. Let me reveal a fundamental psychological fact behind any crossing of the human body. This is a sign of fear, insecurity, and weakness. Crossing your arms gives you a sense of security because it resembles your mother’s hug. In addition, it is a natural defensive reaction rooted in our human genes to cross our arms to protect vital organs in the case of a threat. Although pro poker players are aware of giving off-hand tells, such reactions are sometimes unconscious. Especially beginners who are not quite aware of what they are giving off; you will see more of this when they are under pressure or have a losing hand. In general, the crossing of hands is a reliable poker tell if you happen to catch.

🤔 The second one is scratching the face/head. This is another defensive act when you are nervous, which in poker is when you are bluffing! Poker players, especially amateurs, move their hands toward their faces because it gives them a sense of comfort. This is another defensive act rooted in our human genes. When we are babies, we suck our thumbs. But as grown-ups, this is weird, if not ridiculous! As adults, we subconsciously tend to scratch our faces or ears while under pressure, stressed, or nervous. Be careful, though, because this tell can be easily faked. In fact, pro players are masters in bluffing, and poker tells are included in bluffing. For this reason, catching someone trying to fake a weakness or strength is as important as catching real and unintentional tells. Remember, as a rule of thumb, if anyone tries to fake their weakness, you should know for a fact that they are pretty strong.

😰 Trembling hands is another body language you can be mindful of while playing poker. This one happens to everyone and is not easily controllable. Even politicians who know body language well and are trained mentally to follow speech protocols cannot always control their shaky hands. Do you remember Joe Biden shook hands with thin air after giving a speech?!! This is a sign of him being under intense pressure. Trembling hands are adrenaline to blame for. When under pressure, adrenaline pumps into your blood at higher rates. This causes a dry mouth, shaky voice, and trembling hands. Poker players are under intense pressure the entire time they are playing. Although the more you play, the more confident you become, playing poker is an adrenaline pump!! It would be best to be careful about this body language, as it does not necessarily suggest bluffing. Some players may have shaky hands the entire time they are playing. Other players may get shaky hands when they have a straight flush in hand. For this reason, again, you should be really careful while catching poker tells of this kind.

This is another poker tells you can watch for while playing. Immediate calls suggest bluffing because this pattern has been seen in many players. They tend to bet faster than expected when they bluff.

Unlike hands and eye tells that are useful for regular games, this poker tell is helpful for online games. Immediate calls suggest weak hands because players with strong hands focus on maximizing the value by raising. When a player immediately calls, this suggests they ruled out the raising option due to their weak hand. Don’t get me wrong, though. This does not mean that players with strong hands do not call. They do, but it would take a few moments for them to get to this decision.

Naturally, we hesitate when we are uncomfortable. This is only partially true for poker players. Hesitation or pauses after making a significant bet suggest a strong hand. The primary reason is that players who bluff or have weak hands take little time to act to show confidence. Bluffers and players with weak hands bet straightforwardly and normally to avoid opponents picking up on them.

Unlike what it may seem, irritation is not a poker tell sign of a weak hand. On the contrary, irritation may suggest a strong hand if the player uses it as a tactic. Poker players try to cover their irritation to avoid agitating opponents. Players with weak hands try not to make their opponents angry. Of course, there are exceptions where a player gets out of control and gets angry over having a weak hand. Irritation from players who do not make significant bets and seem agitated is clearly a sign of a weak hand. The trick here is to be able to catch the player who is using irritation as a tactic.

8. Sliding chips nicely into the pot

A rule of thumb to never forget; in poker, weak means strong, and strong means weak. Of course, there are always exceptions. But as a rule of thumb, if a player gently puts his chips into the pot, they are likely trying to fake their hand strength.

9. Trying to finish the hand asap.

If the player keeps saying, “if you call, I show you”, it likely suggests a strong hand. However, be careful because it can be used as a reverse trick.

This is another poker tell that is quite useful in online poker games. If an online player keeps chatting in the chat box, it suggests they are pretty amateur, or they got a weak hand. Because pro players and players who have strong hands are focused on the game rather than what is going on in the chatbox.

In regular live poker games, if a player suddenly starts to be chatty, it may be a sign of bluffing or a weak hand.

I hope this short list of poker tells helps you better read your live and online opponents. You can take advantage of these tells to avoid giving off signs that would work against you. Of course, there are more poker tells that you can find and take advantage of. I suggest reading more about body language and the psychology behind human behavior to improve your poker skills.