Home » Most Popular Afghan Foods (Dishes) You Should Try
Cooking

Are you interested in exploring Middle Eastern foods? If yes, you should taste the Afghan food menu. Exploring their foods is essential if you want to know more about a nation’s culture. Afghanistan, located in the heart of Asian civilization, is rich in historical sites and cultural backgrounds that visitors may explore if they’re interested in learning more about its fascinating history and people. The most important thing to do while visiting Afghanistan is to travel to places with many cultural impacts. Visiting religious places such as the Blue Mosque and the National Museum of Afghanistan, learning about Afghanistan’s heritage is a must. On the other hand, you should also take advantage of the opportunity to taste some of the traditional Afghan foods. Several specialties are unique to Afghanistan, and you can’t find them anywhere else.

Yes, the Afghan food menu is nutritious and healthy; there are a variety of cuisines and meals prepared with vegetables and fresh meats to choose from. Of course, you can find unhealthy foods in any place in the world, like fast foods; however, trust us, Afghanistan is home to many delicious and healthy dishes. Afghan cuisine is renowned for its fragrant and tasty meals, and many people from all over the globe go to Afghanistan only for the purpose of experiencing Afghan foods.

What Are the Most Popular Foods in Afghanistan?

Although there are some resemblances between the cuisines of Afghanistan and its neighbors, most of the Afghan food has remained intact by outside influence. The authenticity and persistence of traditional cooking skills and ingredients utilized in Afghan cuisine is a remarkable reference to the country’s culinary heritage. In the following, we’ve provided some of the most popular foods in Afghanistan. 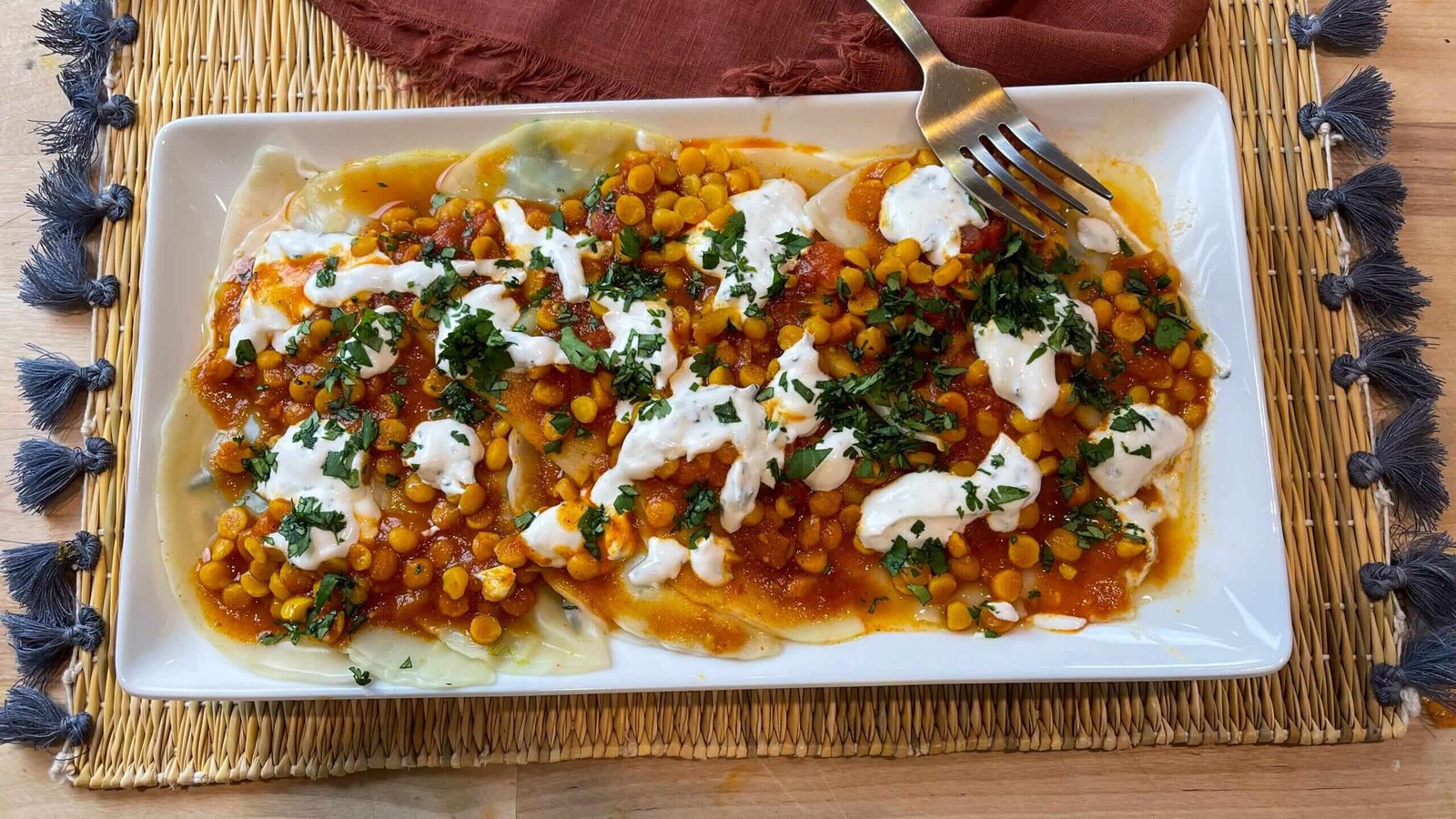 Also known as “Aushak,” it’s a regular menu item for public holidays and Islamic celebrations such as Eid and Ramadan, among other occasions. In this recipe, people use the scallion inside pasta dumplings. Afghans often serve it with a hearty tomato sauce with meatballs. Yogurt and dried mint garnishes are besides this meal. There is, however, a vegetarian option offered as well. The meal has a strong spicy flavor, primarily due to the use of tomato sauce. The tastes of yogurt and mint enhance the dish’s overall flavor; Ashak is among the best on the Afghan food menu. 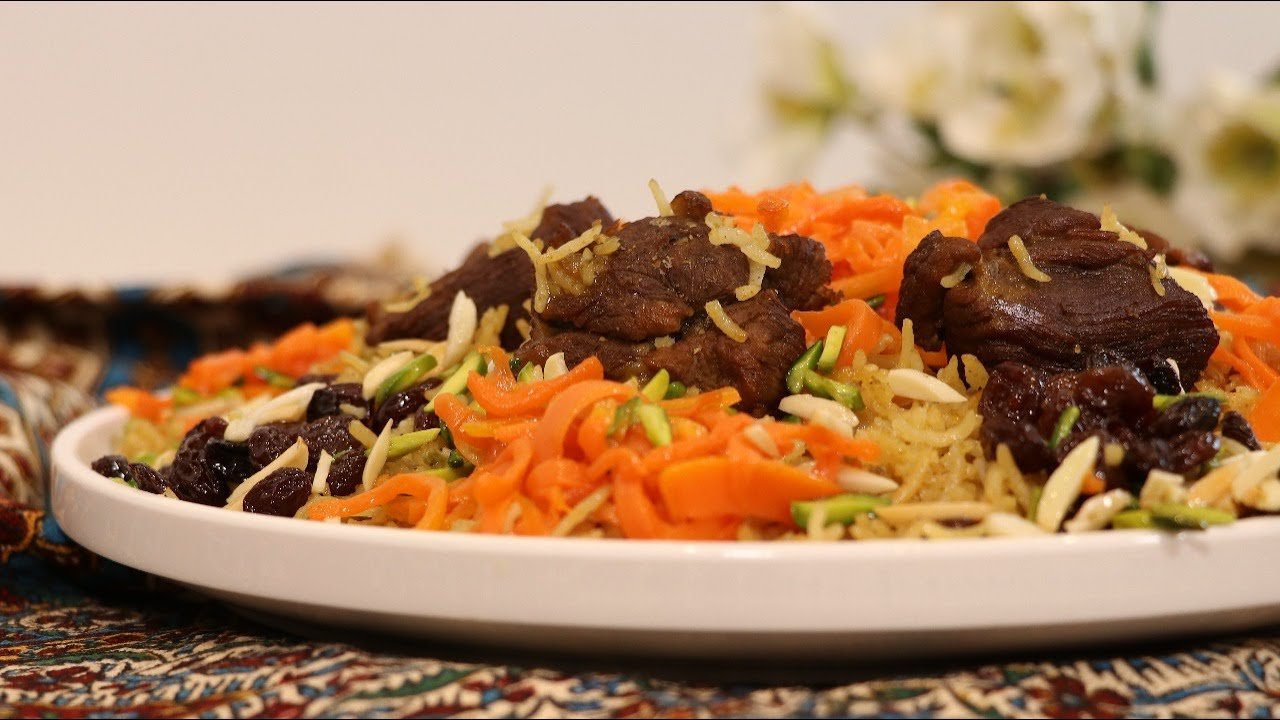 Kabuli Pulao, famous as the crown of the Afghan food menu, is a dish enjoyed by upper-class Afghan residents. The name ‘Kabuli’ comes from the term ‘Kabul,’ which refers to Afghanistan’s capital city. Afghans prepare this traditional dish with steamed rice blended with various dried fruits, such as raisins and almonds, caramelized carrots, and a variety of sweet spices. They serve the cooked rice dish with huge pieces of lamb meat on top and a side of vegetables. 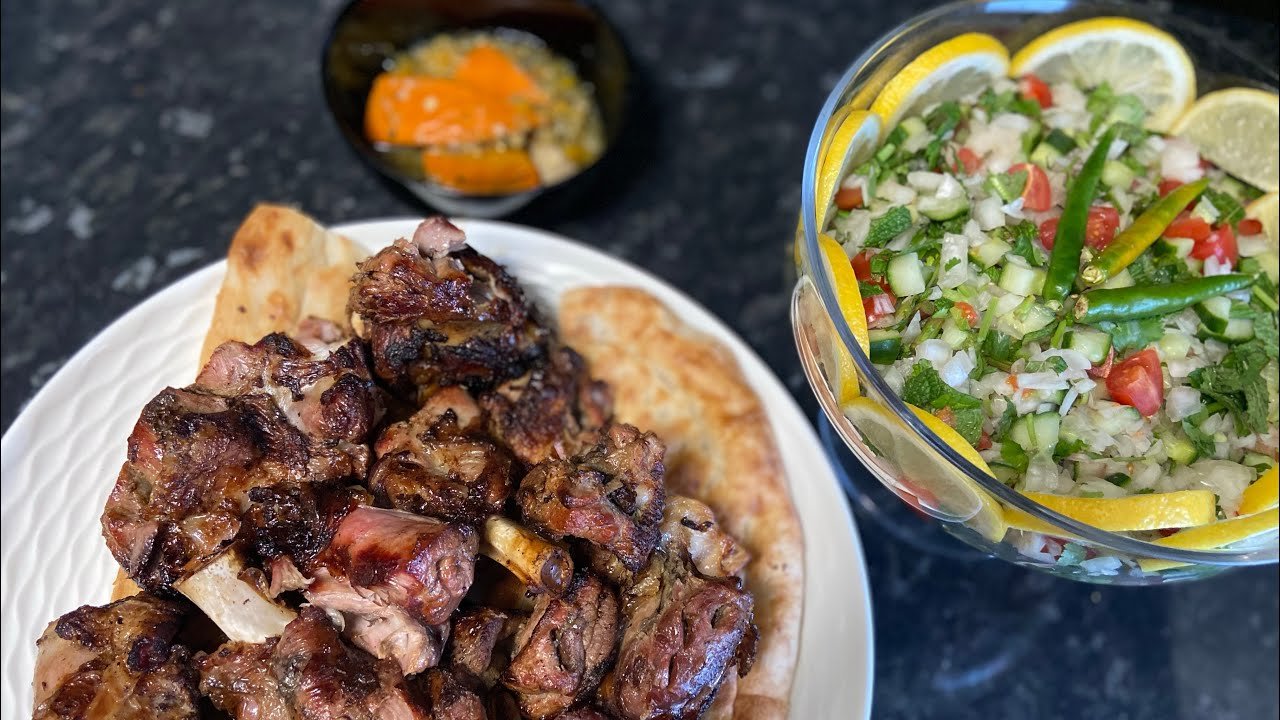 Cooked over a traditional Afghan charcoal brazier called a Mankal and served as a feature of Pashtun culinary, they prepare the Chopan Kabab with lamb meat, a specialty of the Pashtun people and is a favorite choice in the Afghan food menu. Sheepherders (Chopan is a Pashto term for shepherd) were the originators of this dish, who used to season slices of lamb with a generous amount of salt, skewer them on twigs or short parts, and roast the meat over a wood fire while keeping an eye on their herds. You can taste Chopan Kabab in many kabab street markets known as Dukan-e-Kebabi, which means “street kabab stalls.” Afghans often prepare this food with Jijeq, chunks of fat from the sheep’s tails put on lamb skewers to give them a richer taste. Also, they marinate the meat in advance. 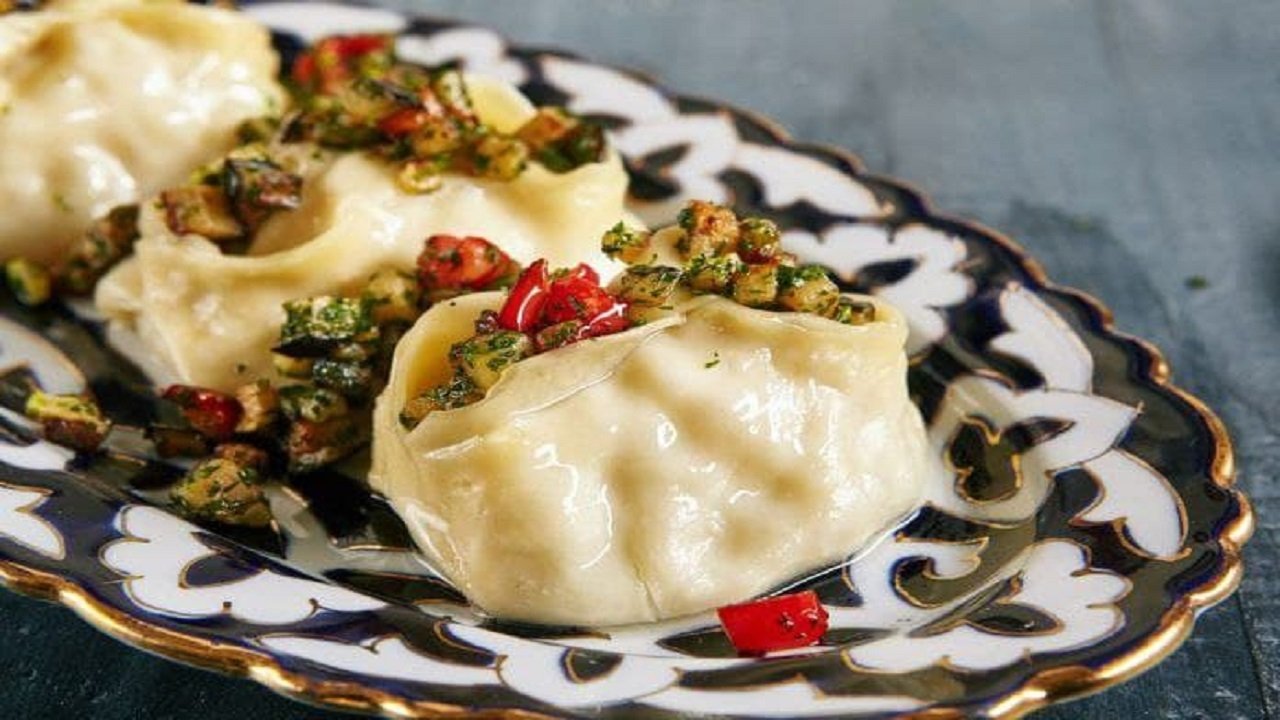 Mantu (also known as Mantoo) is a dish comparable to the famous Chinese dish dim sum. Afghans prepare the Mantu with many Afghani spices, as opposed to dim sum, which is the only distinction between the two dishes. Mantu is a dumpling wrapper that they fill with spicy minced meat. After that, they steam the dumpling until it’s totally ready and is one of the best on the Afghan food menu. Because they prepare the Mantu with less oil and are gluten-free, it’s a popular healthy snack among people. You can serve this wonderful dumpling meal with a tomato or yogurt dip and, on occasion, with Quroot, which is a sour cheese sauce, to complete the experience. 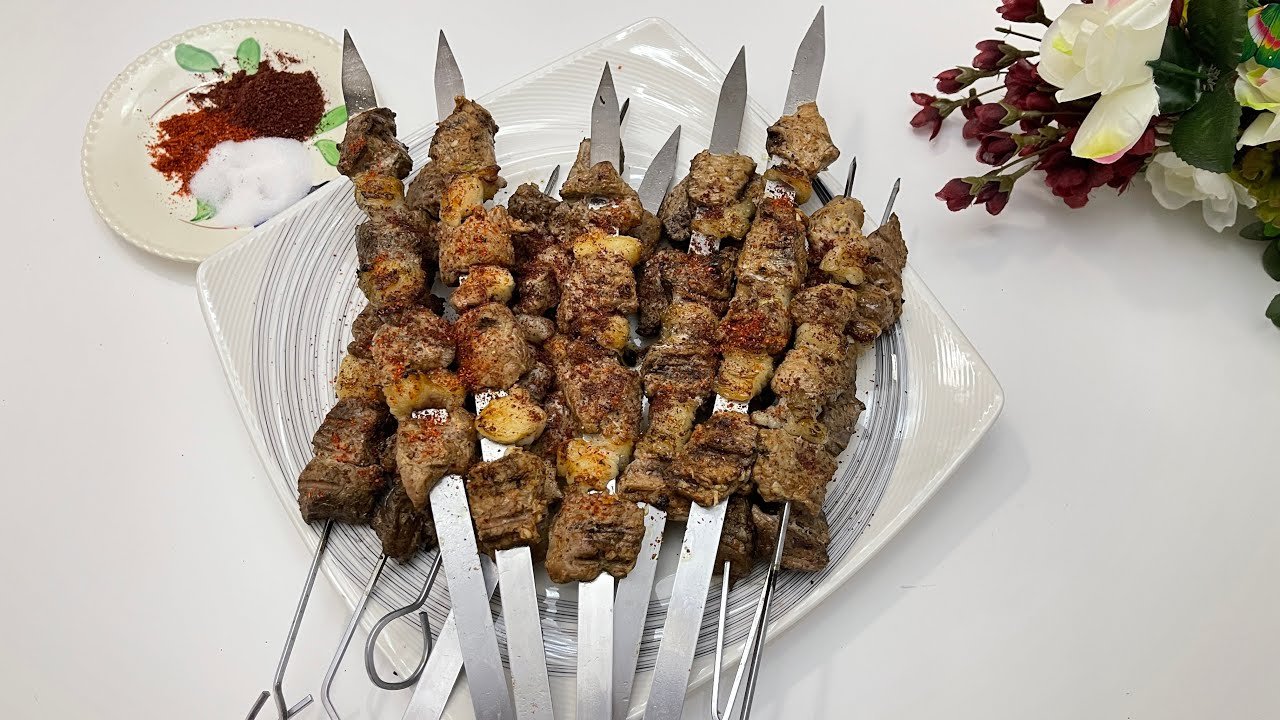 Typical Afghan kebab, as the name implies, people prepare from marinated meat for a specific amount of time before grilling or roasting over an open fire on skewers, and it’s a special one on the Afghan food menu. Afghans historically prepared this dish using sheep’s flesh, as is the case today. Besides meat, there are a variety of chicken and other meats to choose from. Thanks to the lengthy cooking technique, the meat becomes so soft after preparation that it will melt in your mouth. They ideally serve this with the Afghani green sauce on the side for dipping.

No matter where you live, you probably have tried street food. Ready-to-eat foods and beverages sold on the street or in other public places by street vendors are publicly famous as street food. Some street cuisines are unique to a particular location, but many have become famous around the world. The majority of street foods are finger food or fast food, and they’re often much less expensive than restaurant meals in most cases. Afghanistan has many special Afghan street foods that we will introduce to you. Let’s enjoy more of the Afghan food menu. 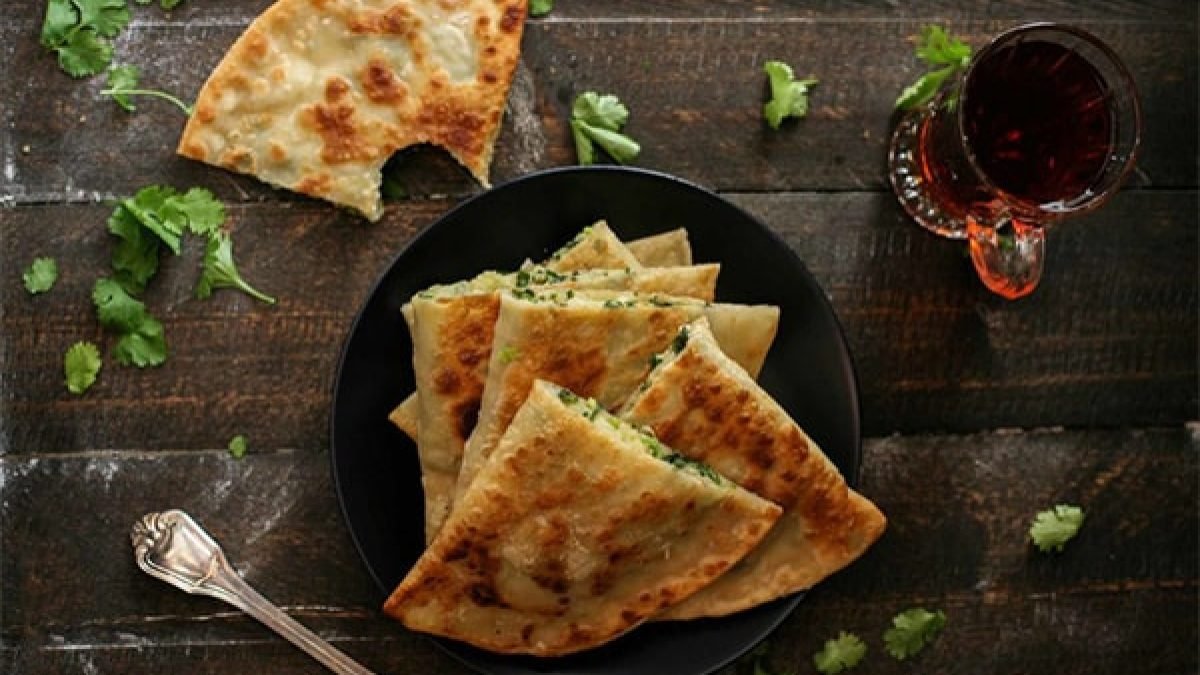 Bolani, also known as Periki in certain areas, is a filled flatbread that originated in Afghanistan. Most of the time, they fry it, but people may also bake it, and they can fill Bolani with vegetables, potatoes, or even minced meat. However, depending on your tastes, you can serve it as a whole dinner in its own right or as a starter or side dish. Traditionally, people would serve it with plain yogurt or mint yogurt sauce, depending on the recipe. You can add any fillings in Bolani, and you may customize it to your pleasure. Afghans stuff Bolani using potatoes, onions, leeks, sweet potatoes, and various spices and herbs. 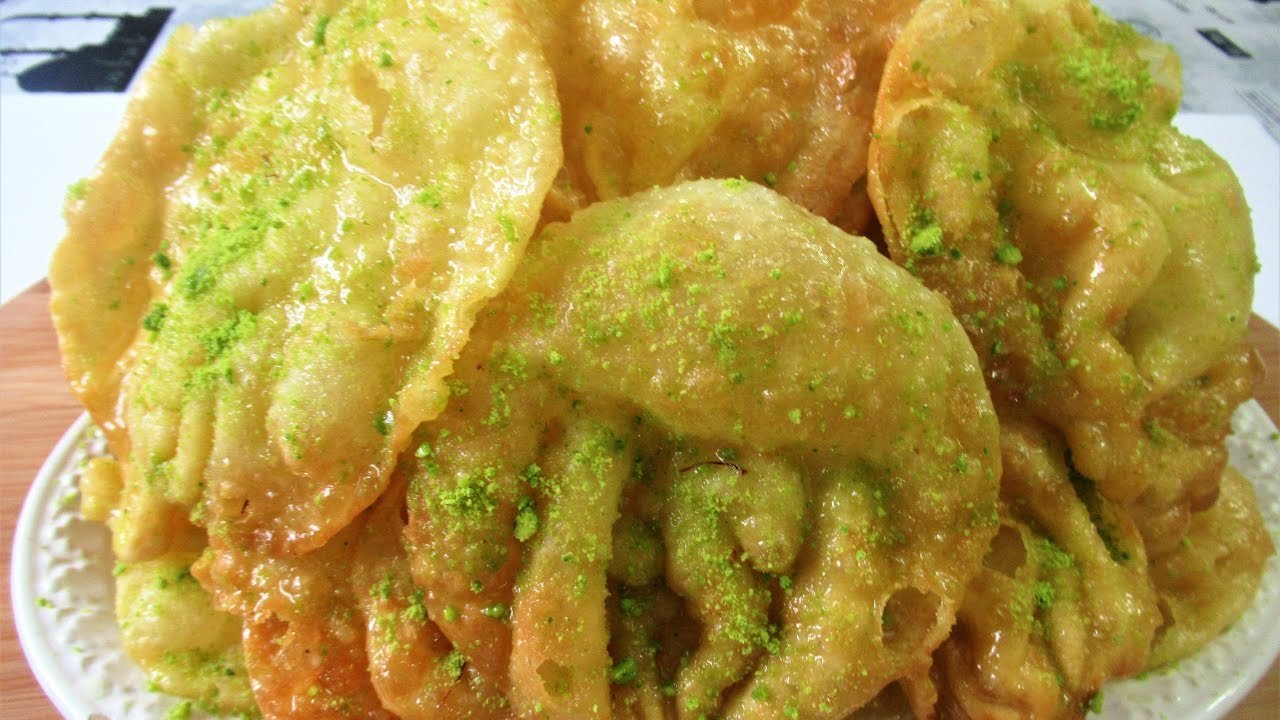 Gosh e-Fil, translated as elephant’s ear is a fried sweet pastry in Afghanistan. The ingredients for the pastry dough include flour, milk, eggs, and sugar. After thoroughly mixing the dough, set it aside to rest. People then form a thin and deep-fried crust. A few seconds on either side is necessary to brown it. The secret of Gosh-e fil’s delectable taste is in how beautifully they prepare the dough. In addition to powdered cardamom, icing sugar, and crushed pistachios, they top these crispy pastries with powdered sugar. Some people also use rose petals to improve the snack’s flavor and texture, which is among the best on the Afghan food menu. 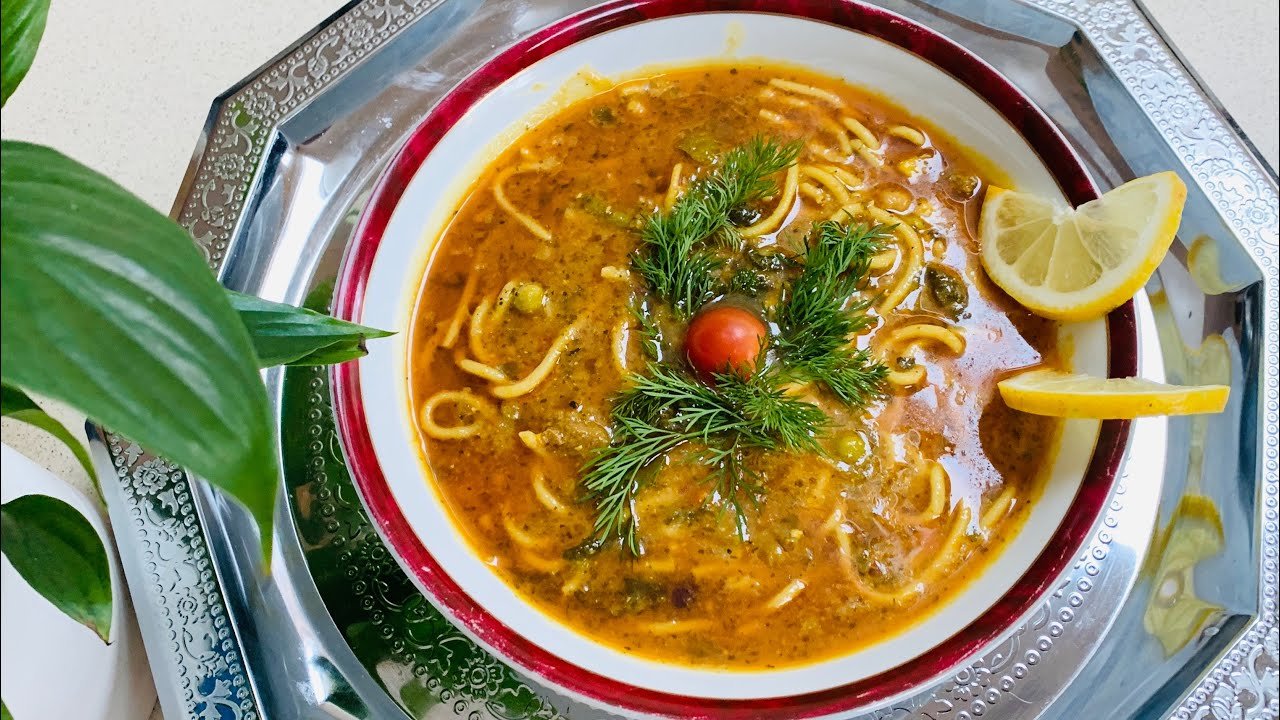 Aush is one of Afghanistan’s most renowned Afghan food menu, and visitors to this country should try it at least once while they are there. In Afghanistan, there are two primary forms of Aush. People mix chickpeas and veggies in the first version to create a meatless or vegetarian-friendly dish. Second, delicious fillings made with noodles and meatballs are in the second recipe. The particular tomatoes broth will serve as the meal’s base, adding a moderate sourness and richness to the dish while also producing ideal harmony.