If someone told you three decades ago that you could make money playing video games, you would think they had gone crazy! But over the last three decades, video games and esports transformed the gaming industry. They turned it into a billion-dollar entertainment industry that surpassed movies and music in annual turnover. In 2018, over 200 million fans watched esports events. This is more than NHL audiences! In fact, today, playing video games is way more than a pass-time activity where actual professionals compete for big prizes. Man! People are actually making a luxury living from playing DOTA 2!

In this article, you will get the answers to the following questions about esports:

🔎 What is the difference between esports and gaming?

🔎 What is the most popular esports right now?

🔎 What are the most popular esports players in 2022? 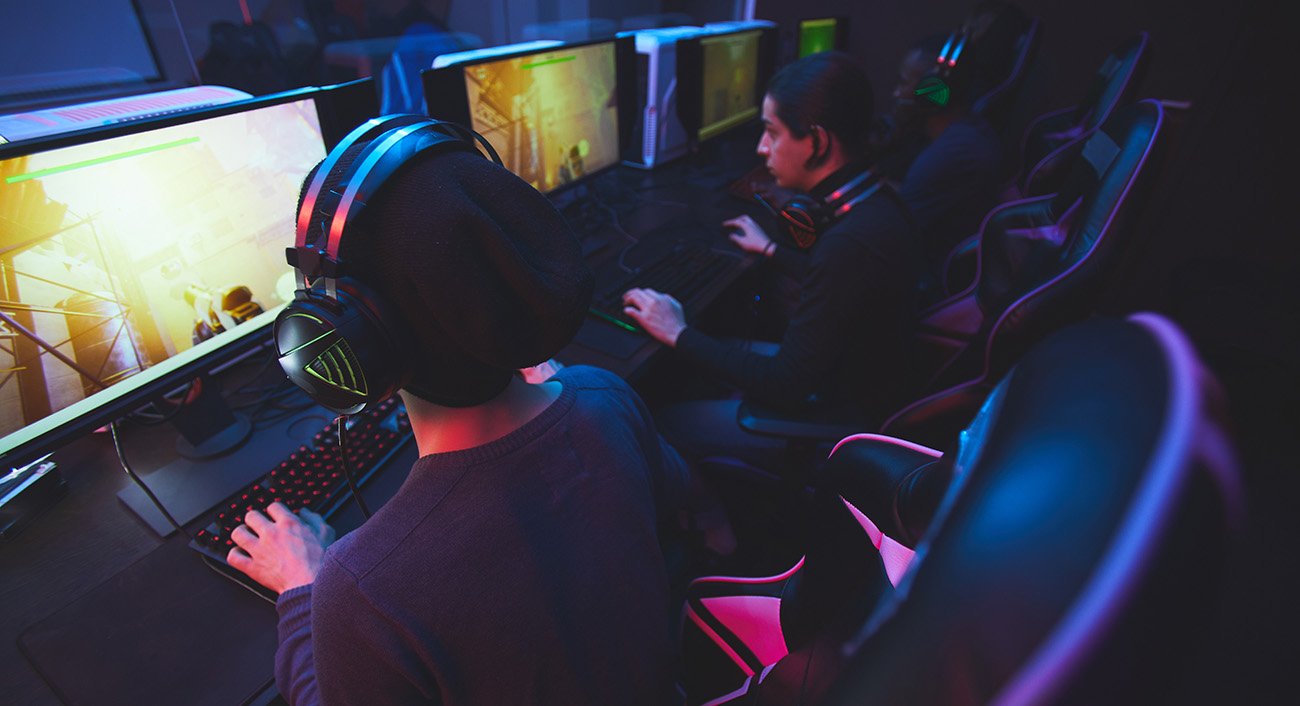 Thanks to technological advancements, nearly anyone can afford to play some level of video game today. Regardless of where you play, PCs, smartphones, consoles, tablets, etc., you can join teams and compete for real money prizes. If you are among outsiders or are new to the gaming world, gaming and esports may sound identical. However, they are not the same thing.

Gaming is the big umbrella that embraces playing any video game by anyone on any device. In fact, it does not matter where you play or what you play; if you play a video game, you can call yourself a gamer! However, not all gamers are the same and have the same gaming skills. At the time this article was published, over 3 billion people worldwide called themselves gamers. The worldwide gaming industry is worth over 190 billion US dollars, and the number is expected to increase. Gaming allows you to compete in multiple ways. Still, wagering on the outcome of the games does not make it an esports, even if people may wager on the outcome of esports tournaments.

Esports has been around for a shorter period than the general video games and gaming industry. In 1980, gaming consoles became more common among pro and non-pro gamers. This was the time when esports officially came into existence. Esports is gaming but in an organized and competitive form. In fact, players from different leagues or teams compete in the same games that ordinary people or gamers play at home. For example, there are esports events for Arena of Valor, League of Legends, Counter-Strike, Call of Duty, Overwatch, and Madden NFL. The earliest esports tournament took place among the best players of Space Invaders, where over 10,000 gamers participated. Later, in the early 90s, tournaments for Street Fighter and Mortal Kombat were played. Esports boomed in popularity and have kept booming ever since! In short, esports is an official competing tournament with monetary prizes offered. It is so popular because esports is a blend of competition, risk, and reward.

What Is The Most Popular Esports Games In 2022

As I have said, not all gamers are the same. Similarly, not all games can make it to the esports world. Game makers should consider a couple of things if they want their game to become successful in a professional competition; esports tournaments. First, the game should be entertaining for fans who will watch it and not participate. Second, it should be easy enough for fans to understand and follow. Still, the games should also require a very high level of playing skills to challenge the participants and master esports players.

At the time this article was written and published, the most popular esports tournaments in the world were The International (Dota 2), the Fortnite World Cup, and League of legends. These tournaments are considered super events where billions of audiences watch from homes and thousands attend in person.

What Are The Most Popular Esports Players In 2022

Anyone with a console, PC, smartphone, or other gaming devices can be a gamer. Because to be one, you only need to enjoy playing and not be great at it. But only people with high levels of gaming skills in certain games can make it as the esports player. Let me put it this way, esports is like the FIFA World Cup, but it is the world cup of gaming. This means tons of people watch it, but only a few can play it at that level. This means there are not so many hot esports players out there!

In the table below, you can see the most popular esports players in the year 2022:

Right now, at the time this article was written, Faker and N0tail are the highest-earning esports players and are known to be the best gamers in the world.

The Best Esports Teams and Organizations In 2022

As I have said, esports are team-based competitions where pro players join teams or organizations and compete for the prize pool. Currently, there are millions of players competing in tournaments for cash prizes, and there are many organizations that sponsor players. In fact, esports teams are similar to any other sports team.

Several factors and metrics are involved in teams’ rankings, including earnings and the number of tournaments won. Still, it is difficult to determine what team is the best esports team in the world. Because some of them operate as part of a bigger corporation that competes in several different games. For instance, Team Liquid consists of players participating in multiple games, from Auto Chess to Dota. The team’s total earnings in 2019 were $2,250, earning $22 million in each sport.

The above ranking has disregarded the overall value of each esports team. It considers the teams’ total earnings across all games and the number of competitions they have participated in.

How Much Do Esports Players Make? 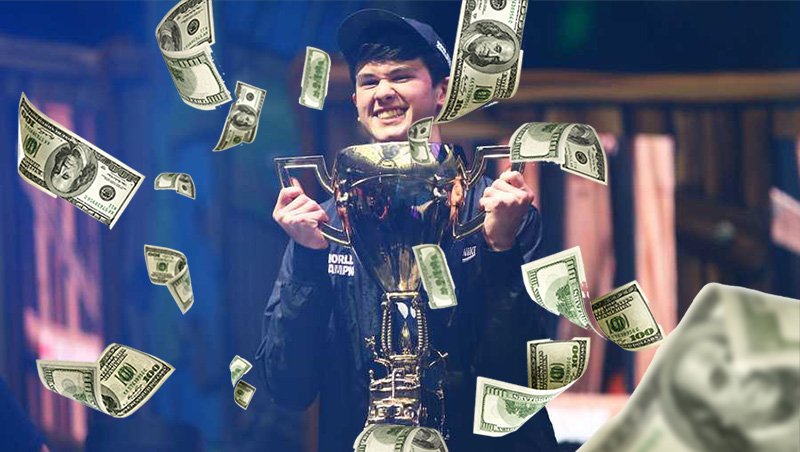 As you have seen in the above sections, pro esports players make big money. In fact, some esports games have become popular to the extent that they surpass traditional sports in terms of the number of audiences. For example, Scottie Scheffler won the 2022 golf Masters Tournament and walked away with $2.7 million. That’s in a sport that has been around for over a hundred years. On the other hand, Tundra Esports won The International 11 Dota 2 tournament. They walked away with a massive first-place prize of at least $8,486,704. So, it is obvious enough that pro esports players can make huge amounts of money, and the more skilled the player, the higher their salary. However, this does not mean anyone can quickly get into the business and become a millionaire over a night. Because as I have said, esports players require a high level of gaming skills; they need expensive gaming types of equipment. They should spend a considerable amount of time playing, which makes them prone to musculoskeletal injuries of the neck, back, and upper extremities. So, this is not as easy as it may sound!

The gaming industry, specifically esports gaming, boomed in popularity over the past decades. Today, esports is a billion-dollar industry where big gaming brands and corporations compete over big cash prizes. Esports teams and organizations compete to hire the best esports players and the best gamers in the world. There are not many pro esports players worldwide making thousands of dollars per game. This means this may be easy and fun to watch esports tournaments, but to become a pro, you have a very long way ahead!

How to Bet on Formula 1 , Tips and Odds