Negar Javaherian (Persian: نگار جواهریان) is an attractive Iranian actress and translator who was born on January 12, 1983, in Tehran, Iran.  Negar acted in several great Iranian movies such as The Book of Law, directed by Maziar Miri, and Khabgah-e Dokhtaran (“The Girls’ Dormitory,” directed by Mohammad Hussein Latifi. Aside from that, she played Fakhri in Zire Tigh, a television series produced by Mohammad Reza Honarmand.

Negar Javaherian graduated with honors from Azad University with a bachelor’s degree in stage design. Negar began performing in the theatre at the age of 15, did voice acting, and is now a translator and a performer. 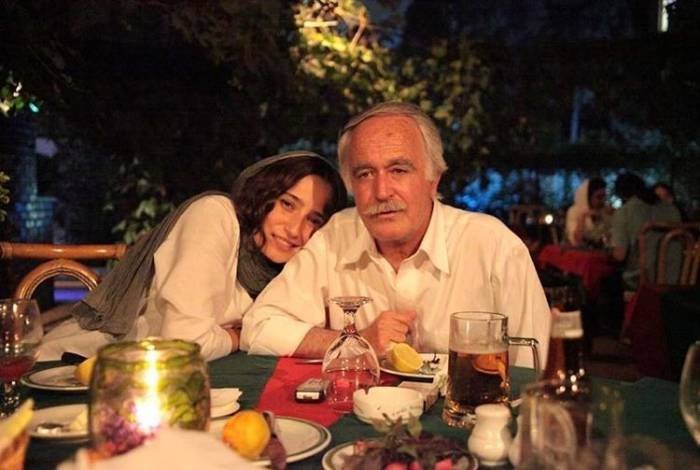 Javaherian has had a strong passion for the theatre since she was a kid, and she used to enjoy frequent visits to the theatre with her parents. Hassan Javaherian, the father of Negar, was a civil engineer who regularly took his family to the theatre because of his unique interest in theatre and the world of acting. He was also a stakeholder in Tehran Theater Cinema. Negar’s father passed away on October 19, 2018, following a long fight with sickness. Negar, who was very close to her father, was devastated by his death and grieved for a long period. Negar has one brother and two sisters named Nazanin and Negin. Her family and many of her relatives live in Montreal, Canada. 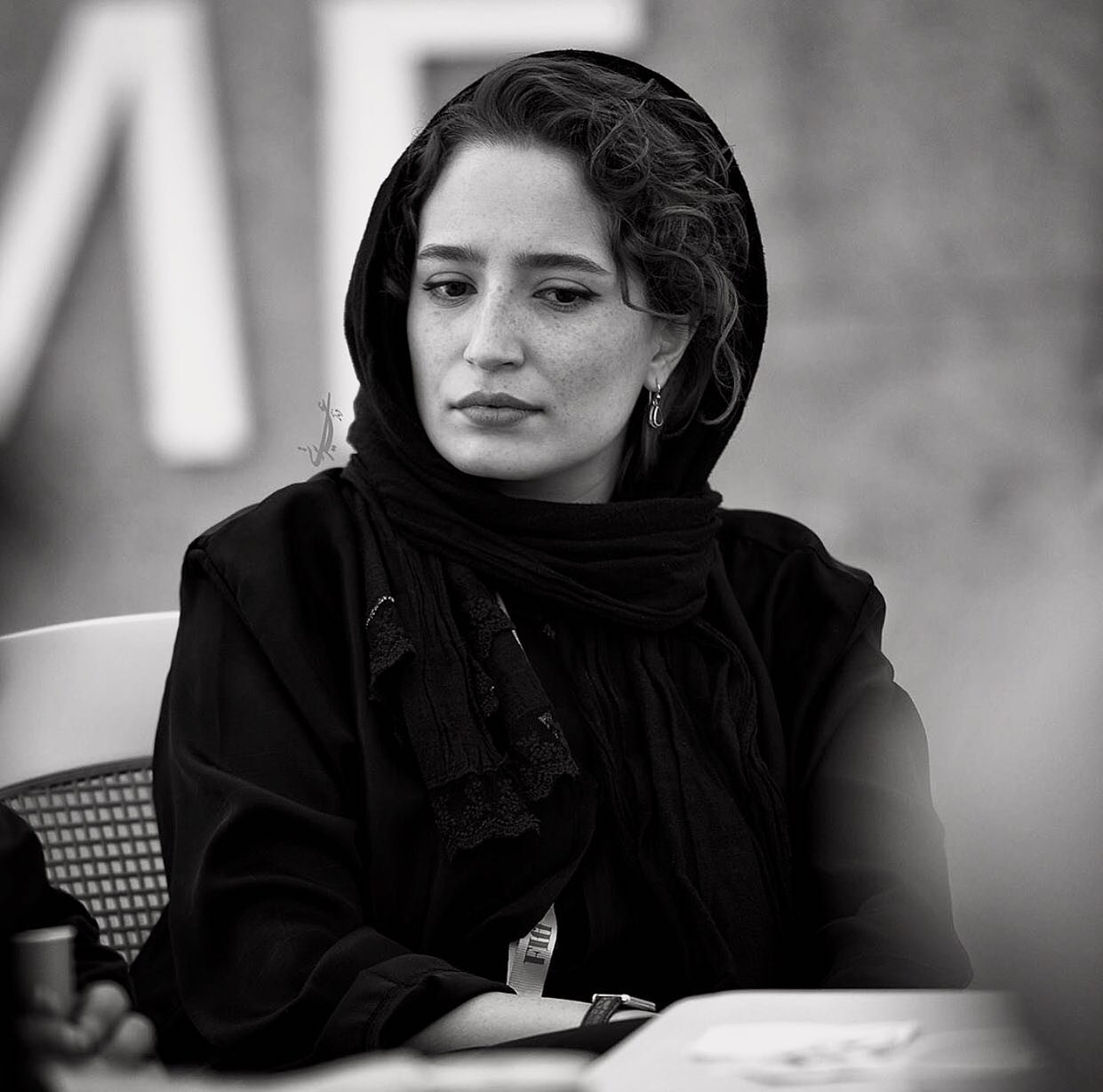 Negar attended the School of Arts and Literature for Children and Adolescents in the summer of 1992, when she was twelve years old, even though it was not really a school. A theatrical training program where she learned how to perform in front of an audience was part of her two-and-a-half-year training program. 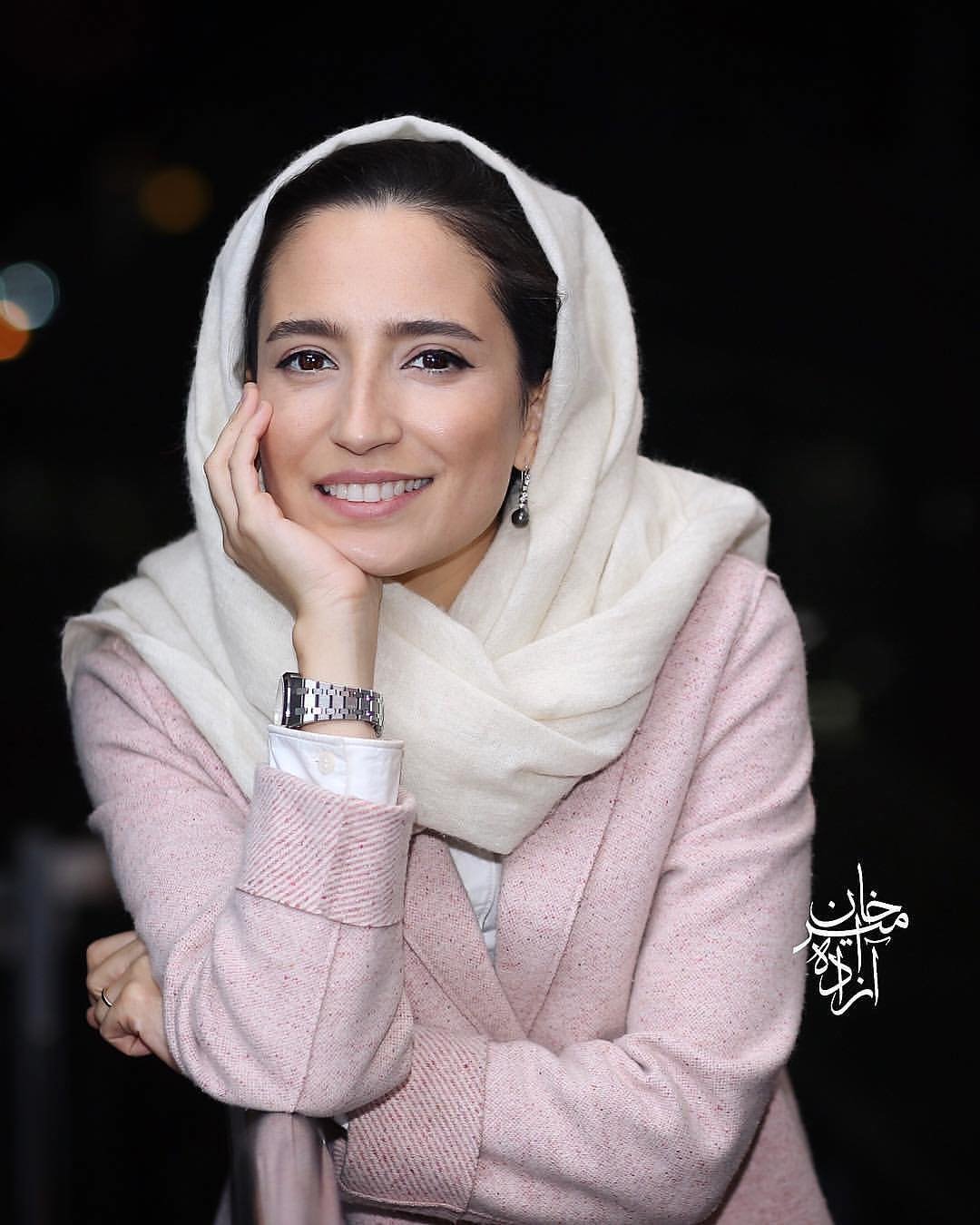 Negar Javaherian began her professional acting career in the theatre when she was 15 years old, and she first appeared in front of the camera in 2001 in cinema, when she was 19 years old, in the film “I’m Taraneh, 15,” in which she played the character of Maryam. Negar first appeared on national television in 2002 with the 13-part series “Rain of Love,” in which she played a traveler to Karbala. In 2003, she appeared in the series “This is not the way.” 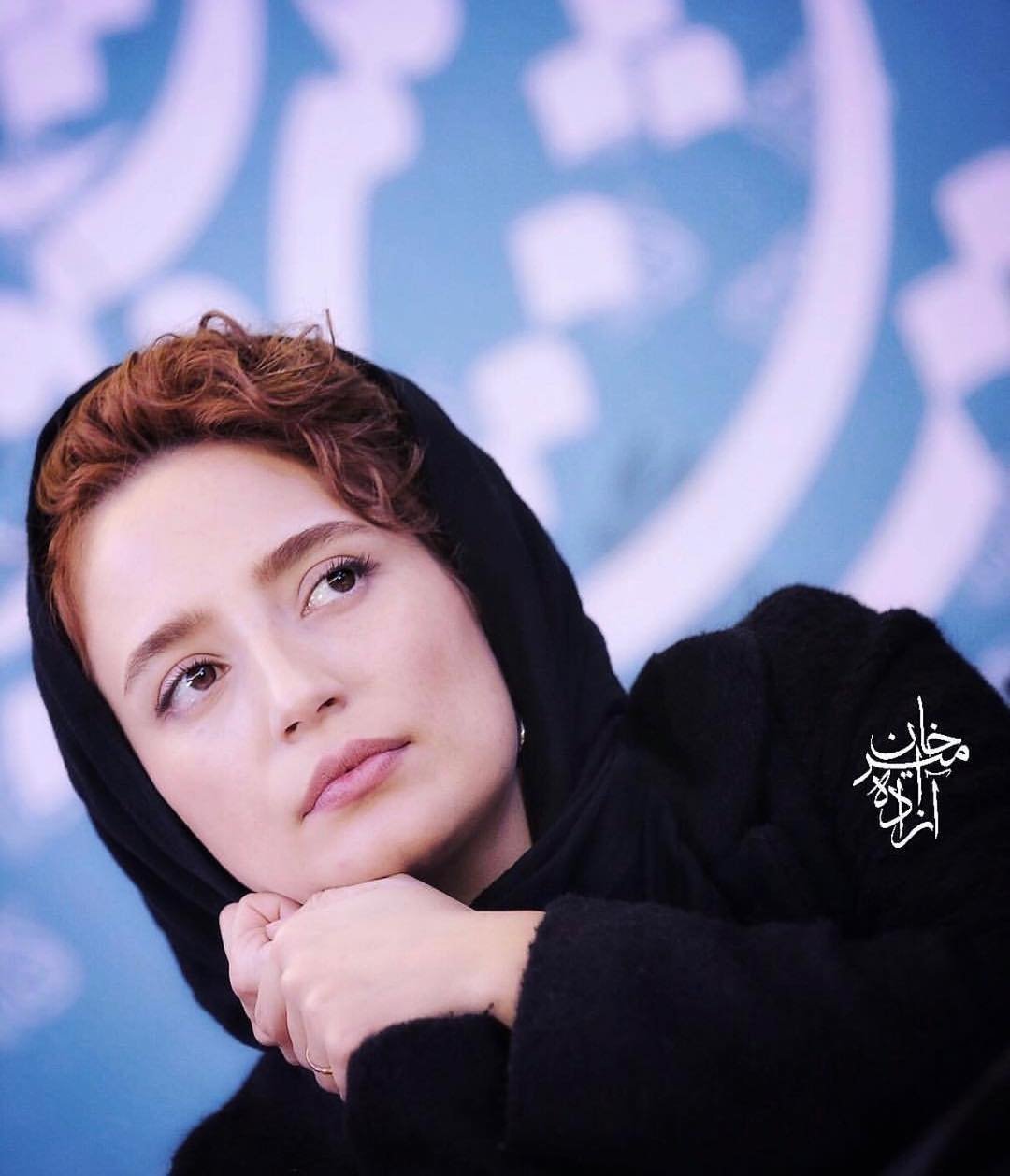 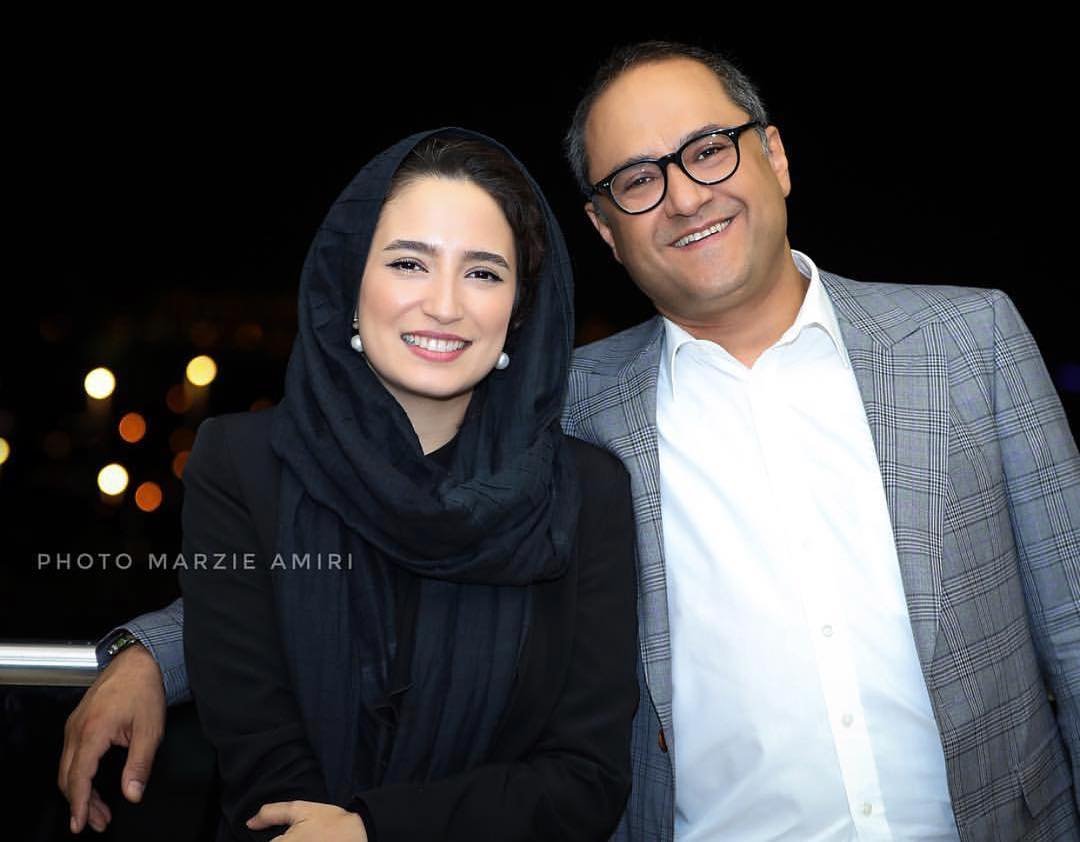 In 2016, Negar, 34, and Rambod Javan, 45, were legally married in Greece in the presence of several other well-known actors, artists, and their families. Negar Javaherian attended a ceremony in March 2019 and revealed that she was expecting a child, with the news being verified a few days later by Rambod Javan. After about three years of marriage, Javaherian and her husband Javan became the parents of a girl called Nordokht. 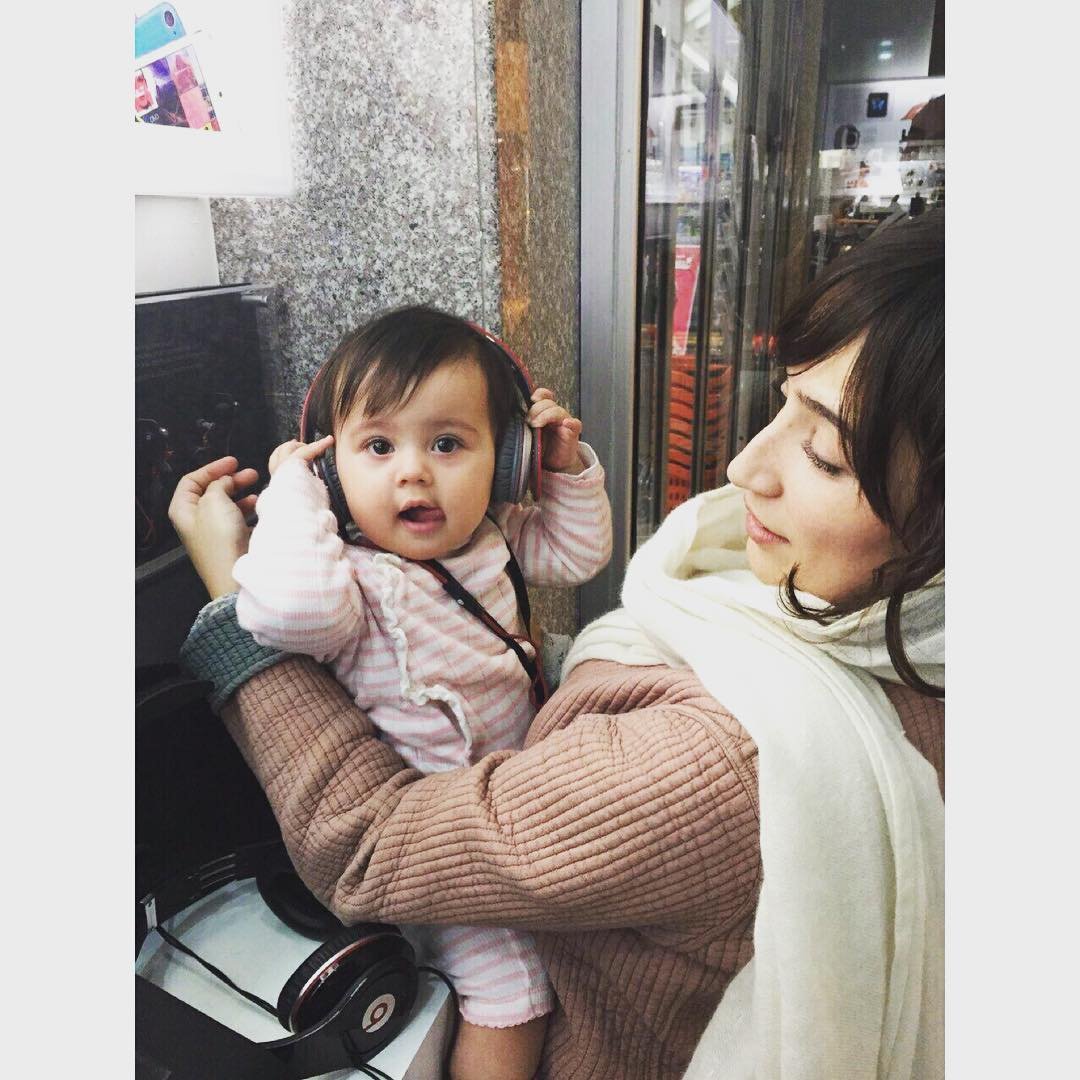 Why Did People Condemn Them for Their Childbirth in Canada? 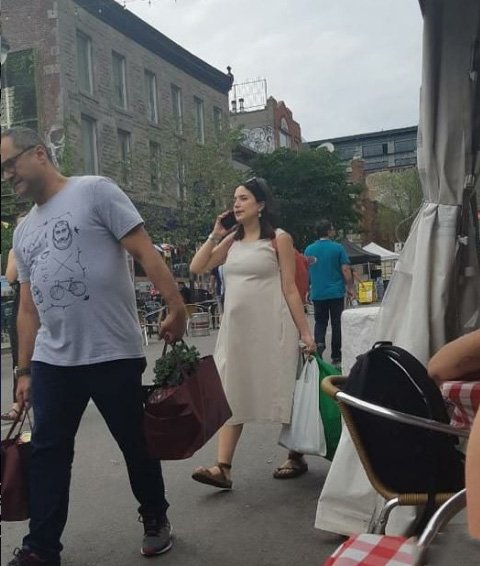 Well, you may wonder it’s not uncommon for parents to choose to give birth in whichever country they like. The situation is much different in Iran. In Iran, the economy is in chaos as a result of sanctions and poor management, and the population is under a great deal of hardship On the other hand, some celebrities attempt to persuade people to tolerate poverty; for example, Rambod Javan, in his show on national television, stated that Iran is as good as it has always been and that he loves his country. That’s why people were upset that he would give birth to her daughter in Canada, where she would be eligible to become a Canadian citizen! Afterward, other celebrities came to their defense, claiming that since Negar’s family resides in Canada, it’s common for a lady to remain with her mother before giving birth to a kid.

Negar Javaherian acted in several famous movies, which we will introduce some of them to you in the following; So keep reading to the end! 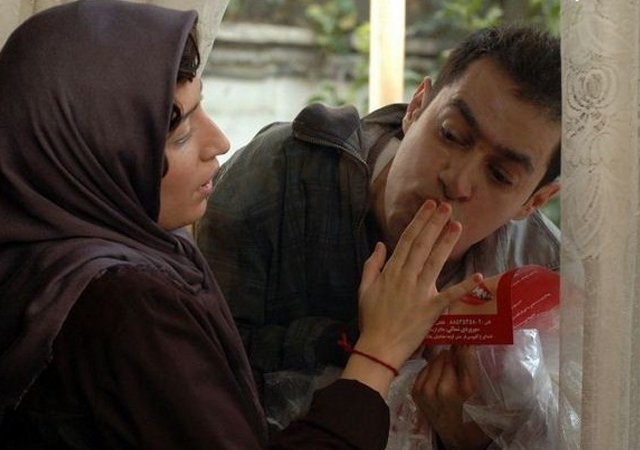 The Painting Pond is a film directed by Maziar Miri, produced in 2012 in Iran, in which Shahab Hosseini, Negar Javaherian, Fereshteh Sadr Arfaei, Sepehrad Farzami, Siamak Ehsaei and Elham Korda have starred. Maryam and Reza are different from other people, not a simple difference, but a very big one, and they should try to prove to others that they have solved this big difference with the miracle of love. But accepting this difference is so hard for their only son that he runs away from home … 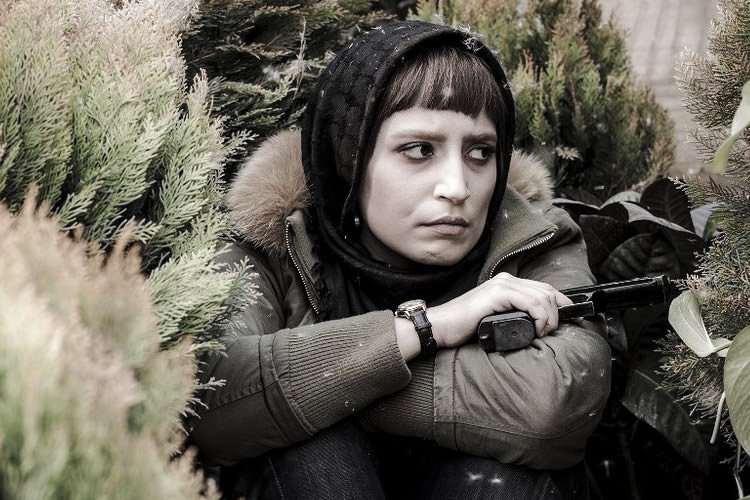 Negar is a film directed and produced by Rambod Javan, the screenplay of which was written by Ehsan Goodarzi and is a product of 2015. The film deals with a criminal story where Negar Javaherian plays a girl named Negar. She is the daughter of a semi-prosperous and noble family, her father has failed in an economic deal and committed suicide with a gun. This is the analysis that the police announce about his death, but Negar does not believe this analysis and decides to review the last days of his father in order to reach the essence of the story. 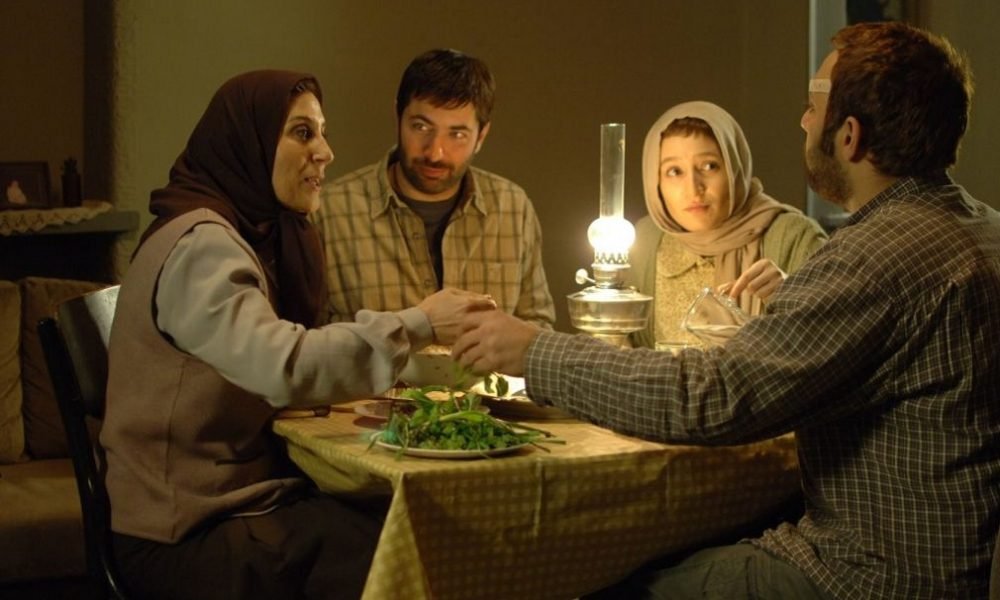 Here Without Me is a film directed by Bahram Tavakoli that was produced in 2010 and released in the summer of 2011. The screenplay is an adaptation of Tennessee Williams’ play The Glass Zoo. The film tells the story of a set of families consisting of a mother (Fatemeh Motamed Arya) and her two children, Ehsan (Saber Abar) and Yalda (Negar Javaherian) who are dreaming of achieving their dreams and are hopefully waiting for a change. Yalda is disabled and her mother’s whole concern is to secure her future. The arrival of Reza Doost Ehsan with a game (Parsa Piruzfar) changes their lives.

Confessions of My Dangerous Mind 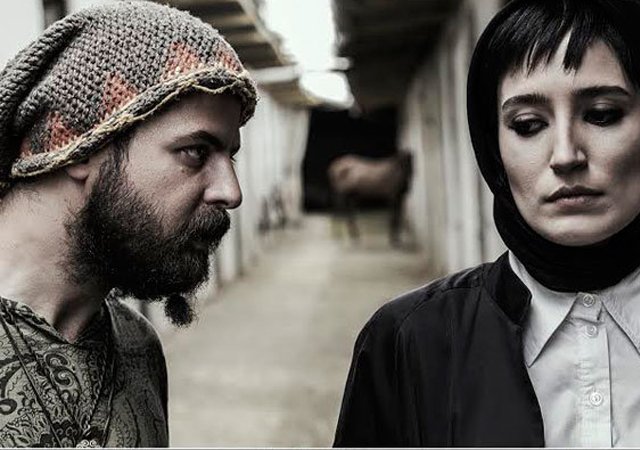 Confessions of a Dangerous Mind is a film directed and written by Houman Seyyedi. The main character of the film uses a chemical psyche called acid (al-Asudi) and suffers from hallucinations as well as mental confusion and does not remember what happened to him in life and through those around him, which leads to his conflicts with those around him. The film is narrated in 24 hours and is about a man who remembers nothing in a whole day. 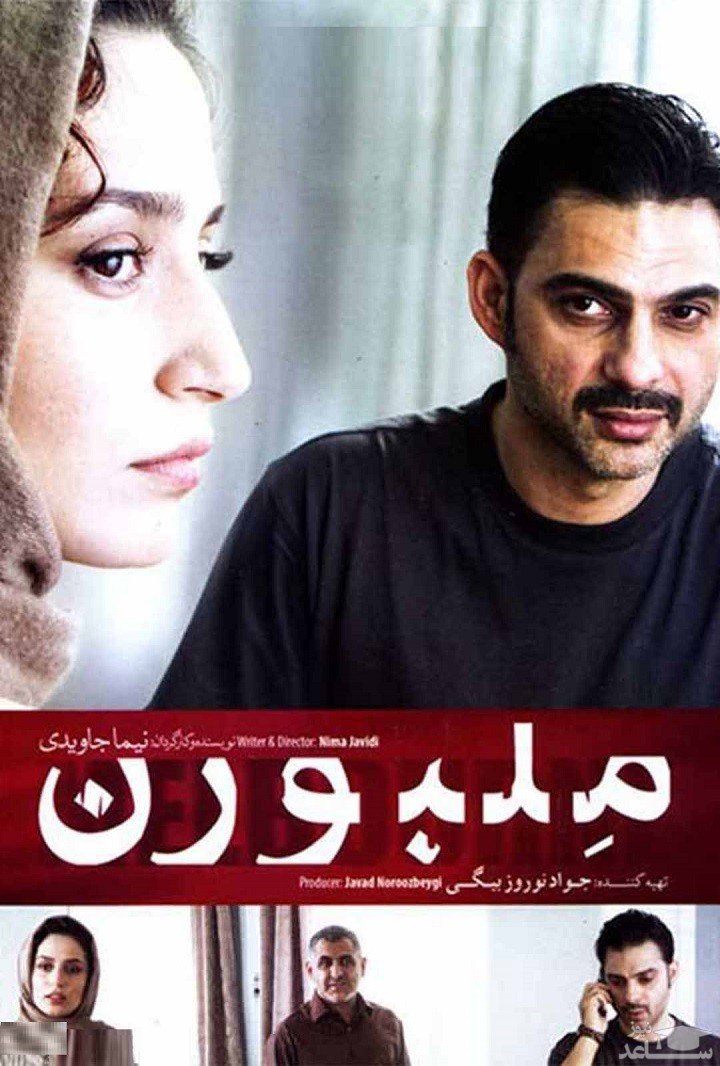 Melbourne is a film directed and written by Nima Javidi. Melbourne is an enigmatic drama about a young couple who embark on a complicated adventure on the eve of an unwanted trip. Peyman Maadi, Negar Javaherian, Mani Haghighi are the actors in this film.

The show centers on the lives of two families who got separated by a catastrophic occurrence. Mahmood and Jafar are good friends from the working class who work together at a refrigerator production facility. Since Jafar’s son is engaged to Mahmood’s daughter, both families are incredibly close as a whole. Ghodrat, Jafar’s elder brother, opposes the engagement. He wants his daughter to marry Jafar’s son. Ghodrat and his associates try to undermine the engagement by separating the two families. While fighting Jafar, Mahmood unintentionally kills him. As a result, the engaged couple and those close to Mahmood and Jafar experience separation in their families. 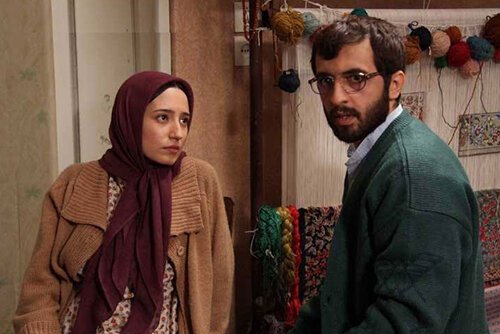 Iranian director Homayoon Asadian’s 2010 film Gold and Copper had its official debut at the Fajr International Film Festival. Negar Javaherian acted as Zahra-Sadat in “Gold and Copper,” directed by Homayoon Asadian. It’s the story of a young clergy called “Seyed Reza” and his wife, who just relocated to Tehran with their kid to attend the lessons of a moral instructor who has received positive feedback about him from his peers. Once in the capital, he discovers that his wife, Zahra, has multiple sclerosis and is obliged to make lifestyle adjustments to pay for her treatment, which leads to other incidents. This movie is one of Javaherian’s most outstanding movies, which led to her popularity. In this film, Negar acted along with many Iranian superstars such as Javad Ezzati, Sahar Dolatshahi, and Mehran Rajabi. 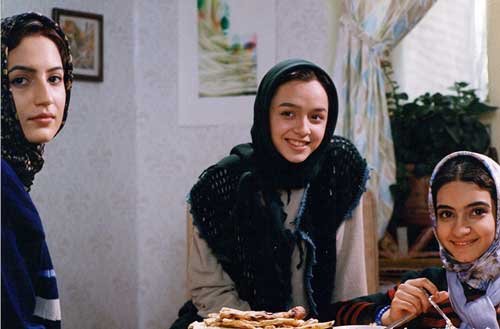 In 2002, Negar Javaherian acted as Maryam in the movie ” I’m Taraneh, 15,” directed by  Rasul Sadrameli. The film was nominated for Best Foreign Language Film at the 75th Academy Awards but didn’t reach the final shortlist.

Teenager Taraneh (Taraneh Alidoosti), whose widowed father is in prison, first rejects carpet salesman Amir to marry, but his mother eventually persuades Taraneh to accept Amir’s marriage proposal after their son insists on it.  Instead of a conventional marriage, the union is a “sigheh,” or a short-term religious ritual. Amir returns to Germany after a four-month marriage that ends in divorce due to incompatibility. When Taraneh realizes she’s pregnant, she chooses to keep the baby against the counsel of her family and the immense societal pressure she receives.

A Cube of Sugar 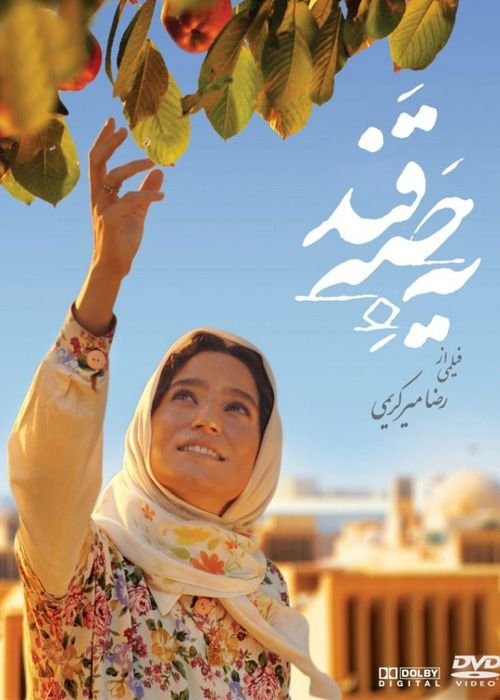 Negar Javaherian acted as Pasandideh in the movie “A Cube of Sugar,” directed by Seyyed Reza Mir-Karimi.

Pasandideh and Hormoz’s experiences in this film have two separate plotlines. The story revolves around a typical Iranian family day that adheres to strict cultural customs. An old family friend’s grandson, studying in a western country, has planned to marry her. It’s all set up for Pasandideh’s wedding. Hormoz, Pasandideh’s sister’s husband, was just freed from jail. Hamid, the husband of Pasandideh’s second sister, helps him search for a treasure. They search around throughout the wedding, assuming it’s buried at Pasandideh’s home.

Negar Javaherian acted in many movies, and we provided a list of her films in the following table. 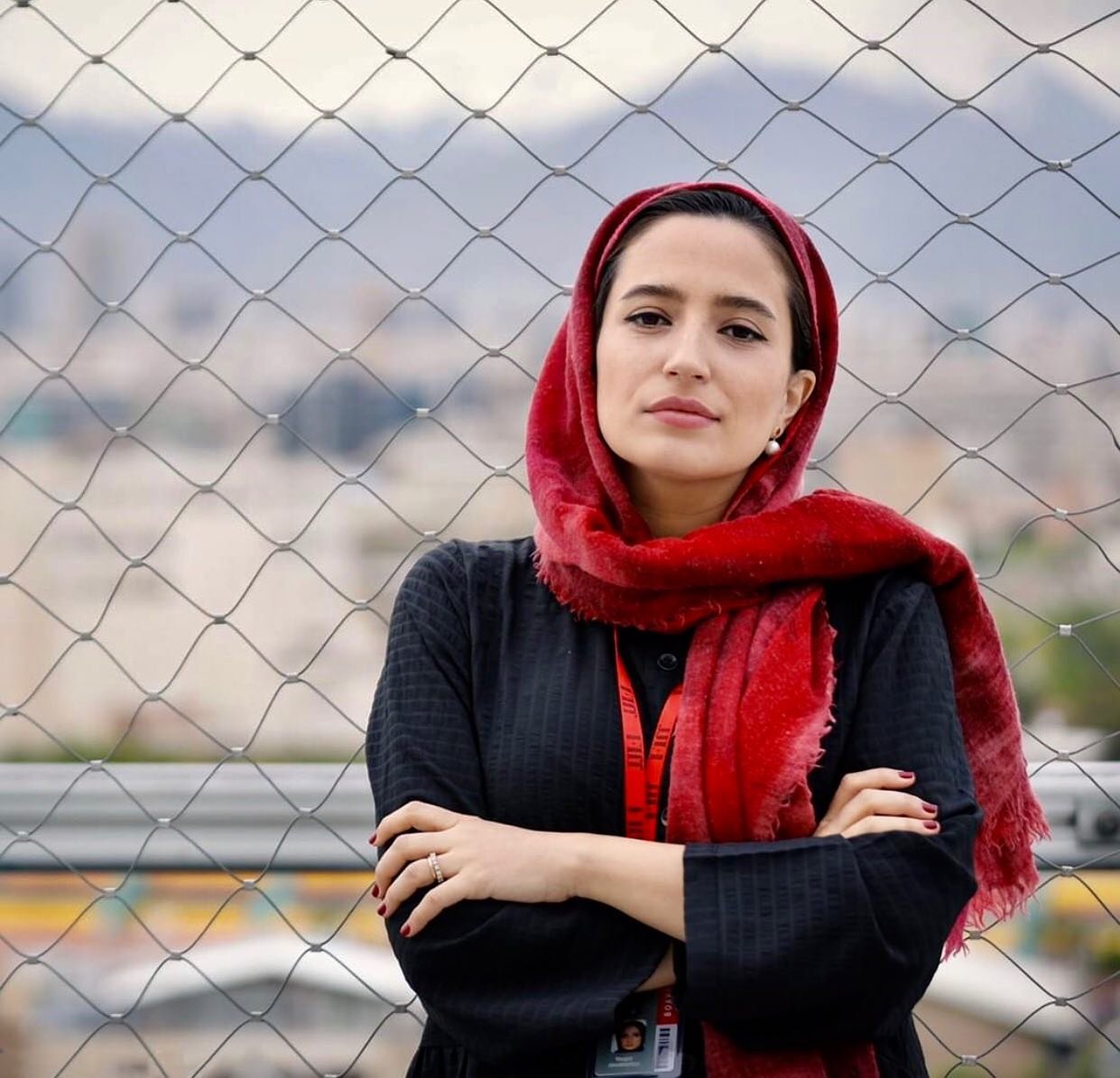 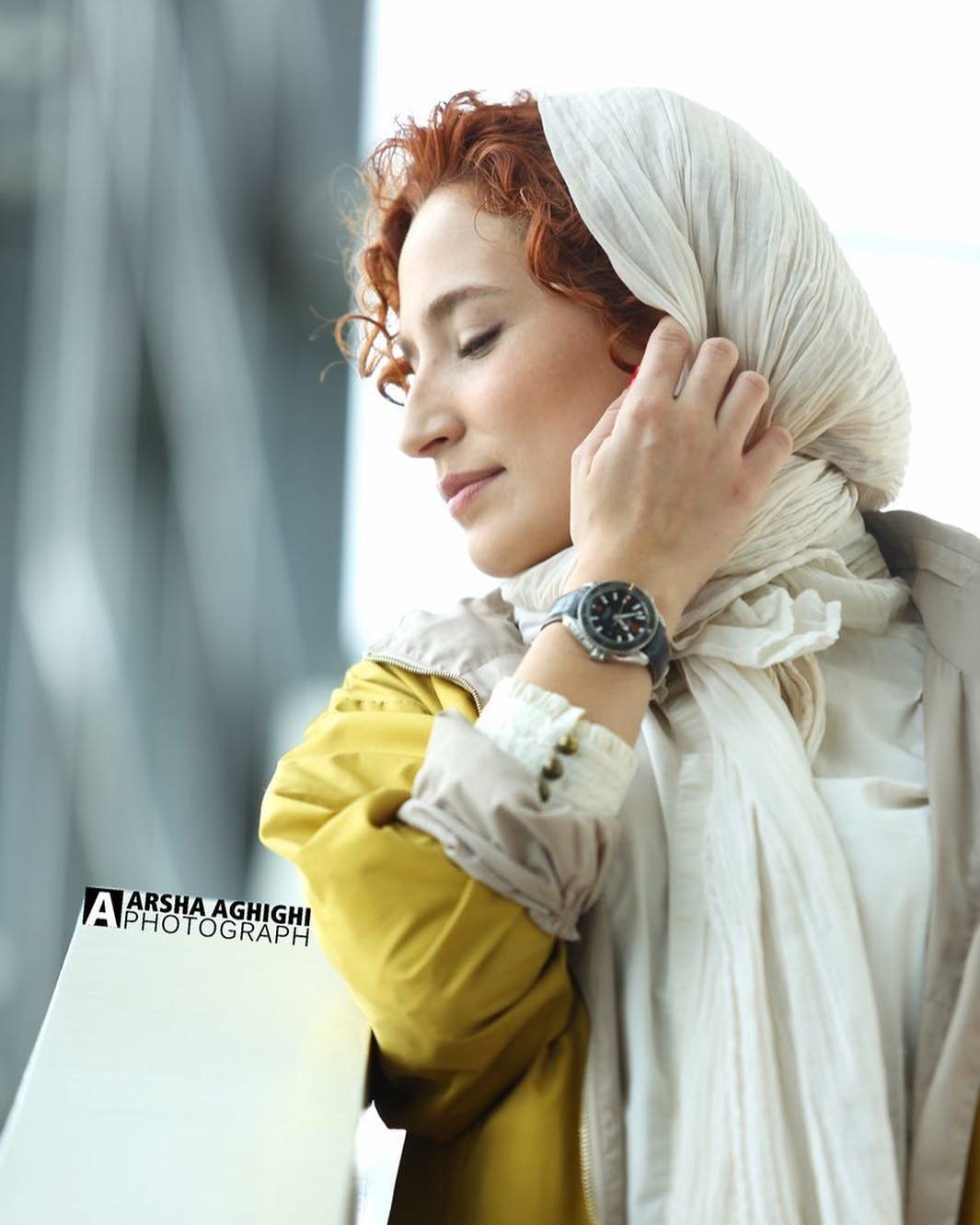 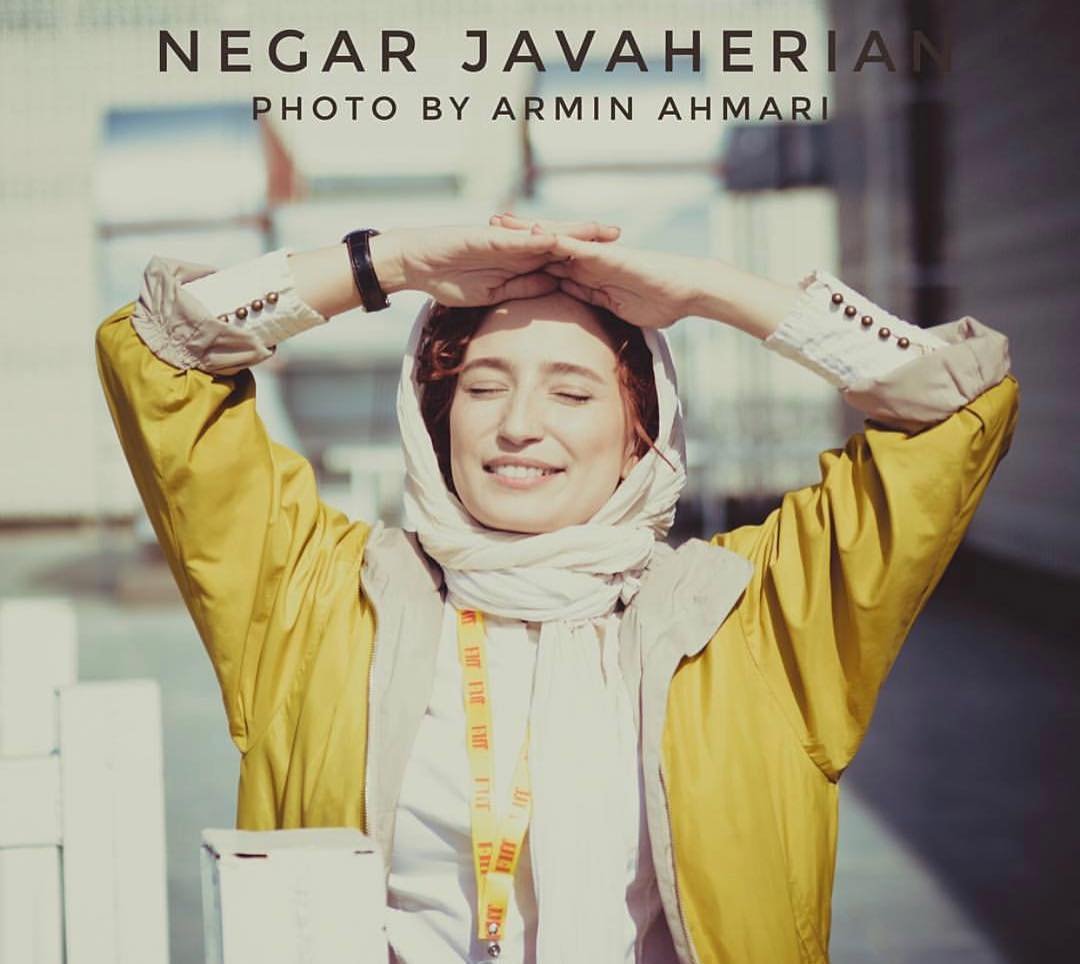