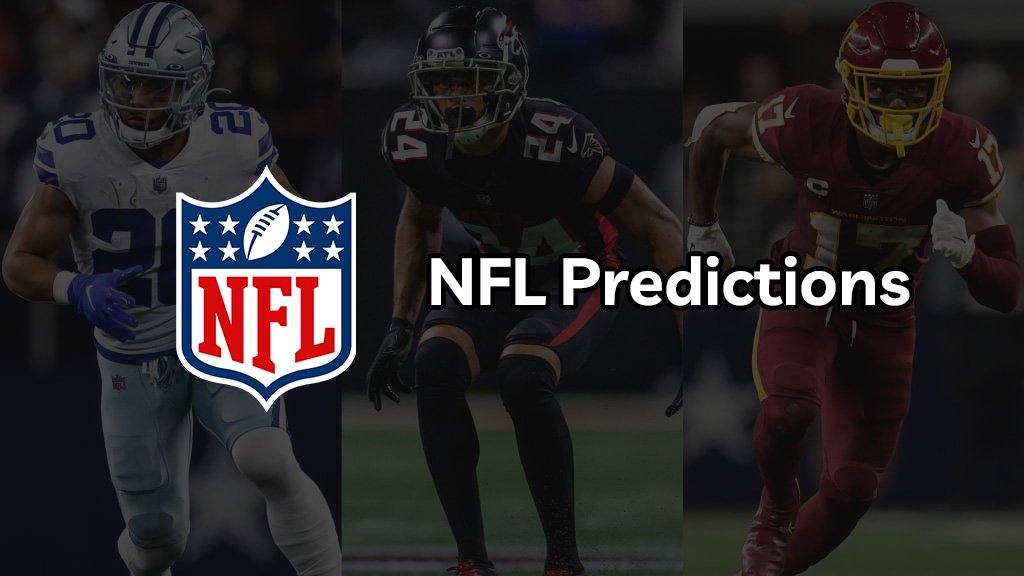 Even if you are not a sports fan, you know NFL is the biggest and most popular sports event in town. All licensed and regulated sportsbooks in the US cover NFL and offer competitive odds for punters to bet on. As you may know, on May 11, the NFL regular season schedule was released, and from that, we have started calculating the NFL Strength of Schedule for all 32 teams.

Keep reading to find out all about NFL 2022 schedule and predictions.

Before I dive into the season predictions and schedule rankings, let me refresh your memory about NFL betting basics.

When it comes to NFL, you have several markets to bet on.

Each betting option comes with specific odds and is subject to change according to the betting actions. For the sake of this article, I will not cover NFL betting details, instead, I will review the most common betting options and a quick guide to reading each odds.

Moneylines, Point Spreads, and Totals(over/under) are the main betting options for NFL.

Let us see how each category works:

Moneyline is a way that American bookmakers list the odds. In fact, Moneyline describes payout odds relative to number 100.

Do not get confused, though. This does not mean you must bet $100. This is just an annotation for educational purposes. You are free to bet as much as you want- based on the sportsbook wagering limit.

When you place a Moneyline bet, you are simply betting on a team or a player to win with no handicap. In other words, you pick the winner, and if the team wins, your bet also wins.

Now, how do you read Moneyline odds?

Moneyline odds are always represented as a three -or more- digit number. Negative odds show you’re your profit will be lower than your bet stakes. On the other hand, Positive Moneyline odds mean you will have an equal or more profit than the amount of money you risk.

If you win, the sportsbook will return your original stake, plus the profit from the bet.

Suppose you place a $100 bet on the following Moneyline odds:

A point spread bet is where your team can lose but your bet wins. In fact, this is just an adjustment applied to the final margin of win.

Look at this example:

Here the negative sign represents the favorite, and a positive sign represents the underdog. But regardless of the side you take, the payout will be evaluated and adjusted based on the final margin of victory. In other words, It doesn’t matter who the winner is. For example, if you bet on the Cowboys, and they win by 10-points, your bet wins, and you will get a $100 for every$110 you have wagered.

There is a third possibility to this type of bet, which is a Push. Push is a fancy way of saying Tie!

Suppose you bet on the Cowboys, and they win by exactly 7-points. This situation is called a push. In this case, no bet wins or loses, and the punters will be refunded their stakes.

This bet is simply a prediction of the total score of the game. In other words, you should bet on whether the total score will be over a specific number or under that number. Below is an example of what a total bet looks like:

Here, similar to the point spread, we do not care who wins the game. The total score of the game matters. For instance, if you bet on the Falcons and they win the game by over 49.5 points, you win and will be paid $100 for every $110 wagered.

When To Place Your NFL Bets?

Once the NFL schedule is released, sportsbooks release the weekly NFL games lines. Bettors jump on the odds immediately. At this point, if there is a clear trend toward one side, sportsbooks start to adjust the lines and odds to even out the betting sides and make bets closer to a 50-50 proposition. They do this because this is more in their favor.

Sportsbooks keep changing the odds and lines until the kickoff. Although some contests will not move that much, others with heavy action will change. Remember, NFL wagering odds are moment-based. In other words, once placing a bet, you are wagering based on where the odds stand at that particular moment. Some bettors like to place their wagers early, while the more patient ones like to wait and see what happens throughout the match or week of the games.

There is no code saying when to place your bet. In fact, placing NFL bets depends on the punter’s preferences and knowledge of handicapping. However, placing early bets or late bets comes with specific pros and cons, as you can see in the table below:

Alright, we have reviewed all the NFL betting basics.

Time to move on to the NFL predictions to see where to place your wagers.

The schedule is set. We know Buffalo Bills are chosen to be the Super Bowl champ defender-Los Angeles Rams opponent for the Sep 08 kickoff game at Sofi Stadium. This is the first time since 2020 that the two teams are meeting.

Apparently, Buffalo Bills are a Super Bowl favorite with no present injured players and the league considers them as such. In Week 2, the Bills will face  Tennessee Titans on Monday Night Football at Highmark stadium. This will be a home game for the Bills and a road game for the Titans.

272 games are on the second season schedule. Then, NFL progresses to the third campaign with a 14-team making it to the playoff. So, we should expect more contests that will affect the postseason events.

Although we all know the identity of each team and the history of each team’s opponent, the actual schedule and sequencing of the games will definitely influence the projected win totals. For instance, multiple road games with cross-country trips (even international ones) can dramatically affect team performance and overall win probability in a given week(or weeks).

We are deep enough in the offseason, and this gives us a pretty good idea of what all 32 NFL teams’ final rosters will look like. However, so much will be going on and the playoff picture will change from the previous year. It always does! So, according to the roster changes-additions and subtractions, we can bring you our way too early win-loss predictions for some of the NFL clubs for the 2022 campaign.

You might be among those who really like to think that the Cardinals will build off an 11-win season. But the reality is that it is so difficult to trust this team after so many late-season collapses. Also, the Cardinals had a rather uninspiring offseason. For one, they found no replacement for Chandler Jones. Second, they did not do much to fix up the secondary. Third, DeAndre Hopkins is suspended. And last but not least, their brutal 2022 schedule.

The Falcons are much worse on paper than the 2021 group that overachieved with seven wins last year. Marcus Mariota is a downgrade for Matt Ryan, and Calvin Ridley will not play this season. However, they at least will be in a prime position to take one of the top quarterbacks in the next year’s draft-Desmond Ridder.

Not sure if any team has had a worse offseason than the Bears! At least they have four winnable games in their division. Plus, the Bears get to play the relatively weak NFC East. So, that should be enough for them to avoid the league’s worst record in 2022.

The AFC North will be harder for the Bengals to win in 2022. But, Joe Burrow and Ja’Marr Chase are going to get better. Especially, now that the Bengals have an actual offensive line in place: they signed La’el Collins one of the best right tackles, Ted Carras the center, and Alex Cappa the right guard. Also, the arrival of versatile safety- Daxton Hill- will improve the defense more. So, we can expect Cinti to once again be in the running for the AFC Crown!

This prediction is based on the assumption that Deshaun Watson will be suspended for a lengthy period, 5 to 8 games at the very least. There is no way the Browns are getting through the AFC North with Baker Mayfield or Jacoby Brissett as quarterback during that stretch. To be honest, there is not enough talent for the Browns to be competitive without Watson.

It feels like the boys are doomed to disappoint! Losing Amari Cooper, Cedrick Wilson Jr., Randy Gregory, La’el Collins, and Connor Williams just might be toooo much to overcome! Factor in their difficult schedule to further believe that America’s team will regress considerably in 2022.

Both 2019 and 2021 Broncos teams won seven games with terrible play from their quarterback. But, now, they have a guy named Russell Wilson who leads a prolific offense: Jerry Jeudy, Courtland Sutton, Tim Patrick, Javonte Williams, and Melvin Gordon. So, ladies and gentlemen, say hello to the franchise’s first winning season since 2016.

From the projected win totals, we can say that NY Giants have the easiest 2022 NFL season strength of schedule. The next easiest schedules are:

The hardest strength of the schedule is for poor Cheifs, and right after them comes LA Rams, LA Raiders, and Pittsburgh Steelers.

In the table below, schedule strengths and current betting lines are ranked from the easiest (#1) to the hardest (#32).

The league’s top winners will qualify for the playoffs at the end of the NFL regular season.

The playoff format has seen a couple of changes throughout NFL history, but since the 2020 campaign, it has been the same.

The smartest NFL minds have predicted one side of the “playoffs, yes or no” bet. The results? Of course, it is pretty obvious to bet either side on certain teams, but as everyone knows in the NFL, there are surprises you cannot predict before the games are played. Here are a couple of one-side playoffs bets odds:

The Best Sportsbooks To Bet On NFL

There are plenty of US-friendly gambling sites that offer NFL betting. However, I recommend the following sportsbooks because they are safe, regulated, offer the best odds, provide excellent customer support, offer generous bonuses, and fast payout. You can pick any of them and place your bets with confidence.

I hope you learned from this post. Our goal at nikmood is to help you make better decisions and have more fun while placing your wagers. Remember, all the predictions you find on this page or other resources are subject to change. Because we are talking about NFL and sports in general. This means there will be surprises on the corner. So, a wise sports bettor keeps track of data and stats plus everything that happens throughout the games to place more accurate bets.