Parviz Parastui (پرویز پرستویی) is a well-known Iranian actor. He was born on 24 June 1955 in Hamadan, Iran. Parastui has the highest number of Crystal Simorgh awards of any actor, and he has maintained his reputation by solely working with high-quality storylines and film crews.

The Accomplice and Motreb, both directed by Mostafa Kiae, are his most recent works, and both are the most-watched series and film in Iran’s cinema history. 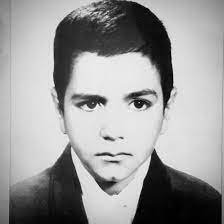 Parviz Parastui continued his studies up to his diploma, but he has the highest degree in art from the Ministry of Culture and Islamic Guidance (equal to a Ph.D.).

He started taking classes in theatre, and today he is a superstar both in theatre and in the Cinema.

From Hamadan to Tehran 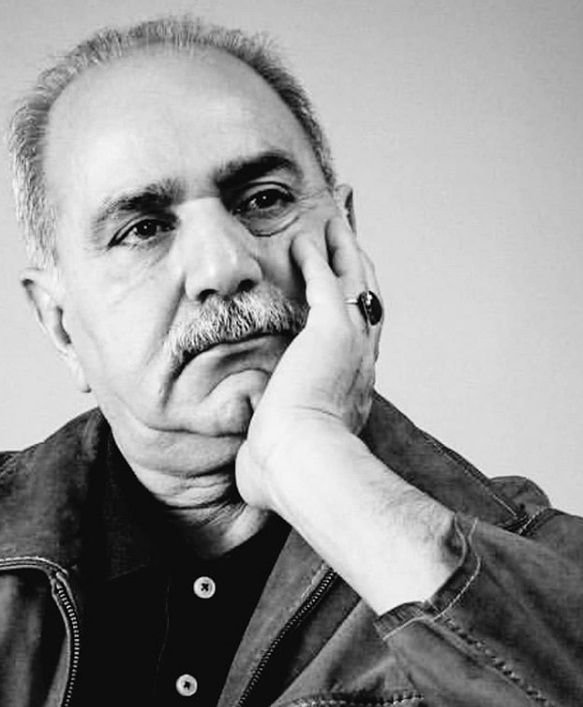 Parastui was born in the village of Charlie in the city of Kabudrahang, Hamedan, in a family of five members; his father was a farmer who moved to Tehran when Parviz was three years old.

He spent his youth and teen years in a tiny rented house in the Darvazeh Ghar neighborhood (a poor neighborhood). Sadeghieh School was where he finished his elementary studies.

In a while, his mother managed to buy a house with the money she was collecting during her marriage.

Change of Interest: From Soccer to Theatre

At first, he was a football fan, and he was even the goalkeeper for the director’s team. Nevertheless, at the age of 16, he went to the Naziabad Welfare Center and studied theatre.

At the same age, he started performing theatre in Welfare Center, Youth Palace (Kakh Javanan, where young people could have fun before the Islamic Revolution), and the Institute for Intellectual Development.

He received the Youth Palace Award for his performance in “Dakeh” in 1974 and “Surrender” in 1975.

He married Nastaran Parastui when he was 26 years old, and they have a daughter called Samira and a son, Behrouz.

First Appearance in the Movie 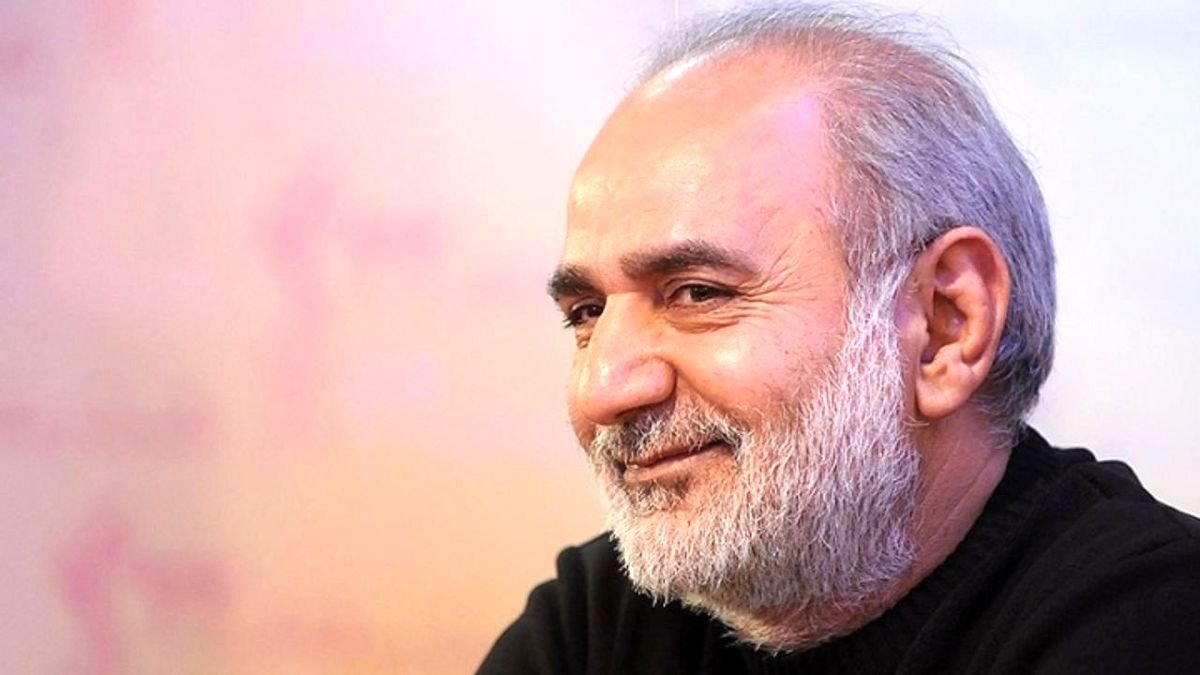 He got famous in theatre after years of performing, but the theatre was not his last target.

Finally, he had his movie debut in 1983 with the film Diar-e Asheghan.

In the second Fajr Film Festival, he got the honorary diploma of supporting actor for his first film (“Diar Asheghan”).

“Diar Asheghan” was the start of his successful path.

Parviz Parastui became famous by acting in Adam Barfi (snowman) in 1995, directed by Davoud Mirbagheri, and Leily Ba Man Ast (Leily Is with Me) in 1996.

For “Leily Is With Me,” he received the Diploma of Honor for Best Actor at the 14th Fajr Film Festival. 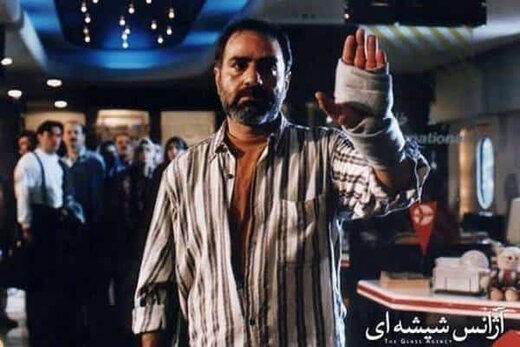 In 1998, Parviz Parastui acted as Haj Kazem in “The Glass Agency,” for which he received the Crystal Simorgh Award for Best Actor. This film made him a big star in Iran.

The movie is about two soldiers of the Iran-Iraq war named Abbas and Kazem. Abbas travels to Tehran for medical treatment after suffering a wartime injury. Kazem wishes to assist Abbas because the doctor advises him to get the surgery done overseas. 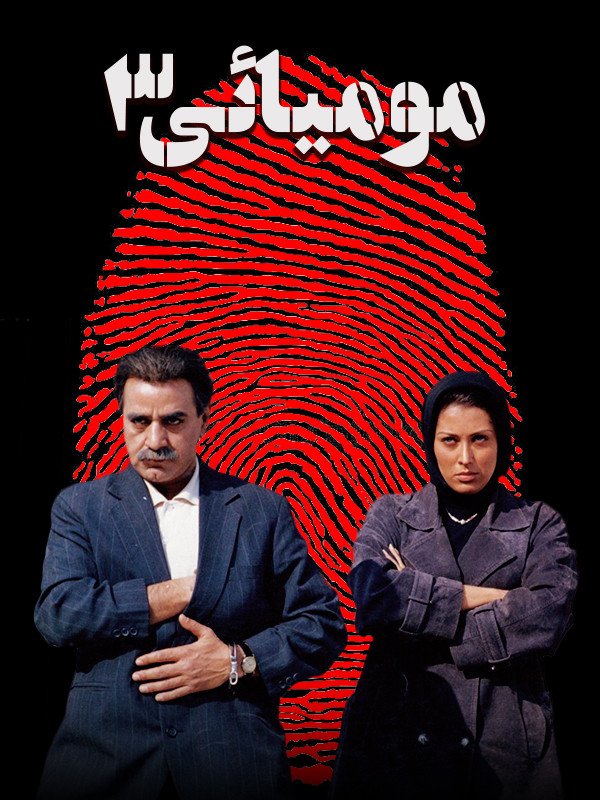 In 2000, Parastui acted in “Moomiayi 3” which was one of his best movies. He co-starred in it alongside Mahtab Keramati and other famous stars.

The “Moomiayi” is about officer Ghorbani (Parastui), a responsible and punctual cop. When he discovers a mummy, his troubles and adventures begin, and he must figure out a way to save the mummy from the thieves. 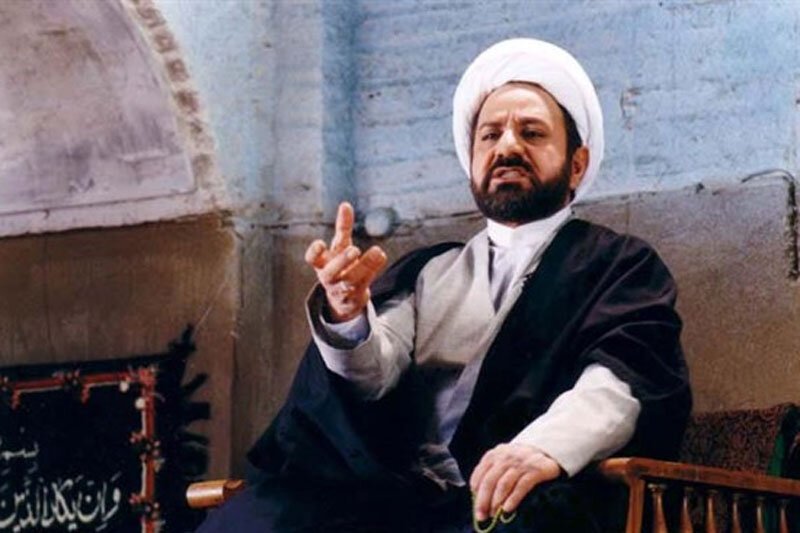 “Marmoulak” or “The Lizard” is an Iranian comedy film directed by Kamal Tabrizi in 2004. Its leading actor was Parviz Parastui, and he acted as the clergyman.

He received several awards for his stunning performance in this movie, such as:

“Marmoulak” is about Reza Mesghaly (Parviz Parastui), also known as Reza the Lizard, who is a robber noted for his ability to climb any wall barehandedly (that’s why the movie is called “the Lizard,” or “Marmoulak” in Persian).

He is caught and accused of armed robbery right at the movie’s start, which he did not commit, as shown at the end.

He Continued His Success 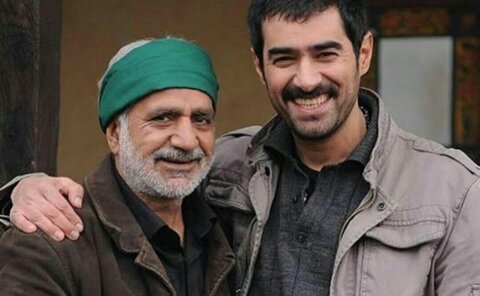 In 2005 and 2006, Parastui received the Crystal Simorgh for Best Actor at the Fajr Film Festival for his Leading Role in Majid Majidi’s “The Willow Tree” and Ebrahim Hatamikia’s “Be Name Pedar.”

In 2008, he acted in “Bist,” directed by Abdolreza Kahani. He received the Best Actor Award at Batumi International Art-House Film Festival.

After ten years, Parviz Parastui acted in Ebrahim Hatamikia’s film Bodyguard for the sixth time in the character of Heidar Zabihi. He won the Crystal Simorgh for Best Actor at the 34th Fajr Film Festival for his role in “Bodyguard.” 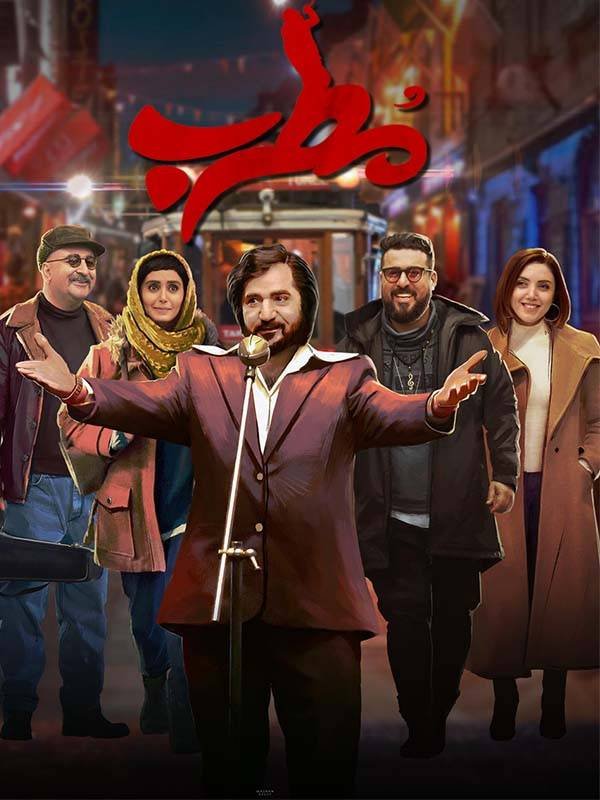 In 2019, Parviz Parastui played in “The Singer,” directed by Mostafa Kiayee.

“The Singer” movie is full of Iranian superstars like Parviz Parastui, Elnaz Shakerdoost, Mohsen Kiaei, and Mehran Ahmadi, besides some Turkish actors.

This movie got extremely famous in Iran and became the best-selling in 2019 or the whole history of Iran’s cinema.

Parasatui’s first appearance on national Tv was in 1984 with a series called “Taleb,” and the last one was “The Chef” in 2009.

Although he acted in some national Tv series, but he doesn’t like it.

Parastui as a singer

In addition to acting, he sometimes does the narration. In the song “I love you” by Nasser Abdollahi, he narrates in the background of the music, which was a huge hit.

Acting With His Son 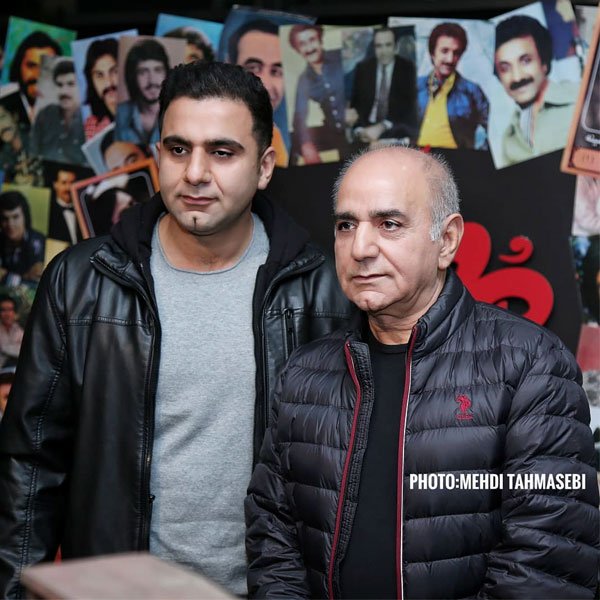 In the movie “The Accomplice,” directed by Mostafa Kiae, Parviz and his son acted together. Behrouz Parastui acted as his father’s youth. 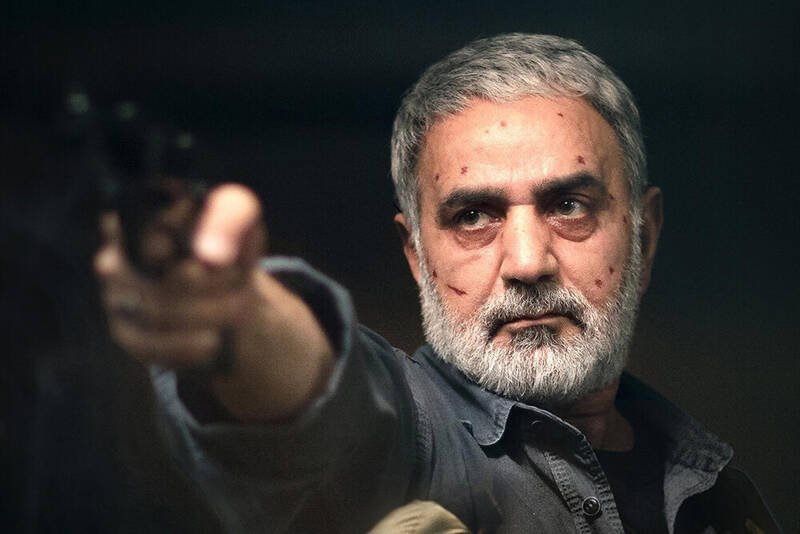 We’ve gathered a list of films in which he appeared. 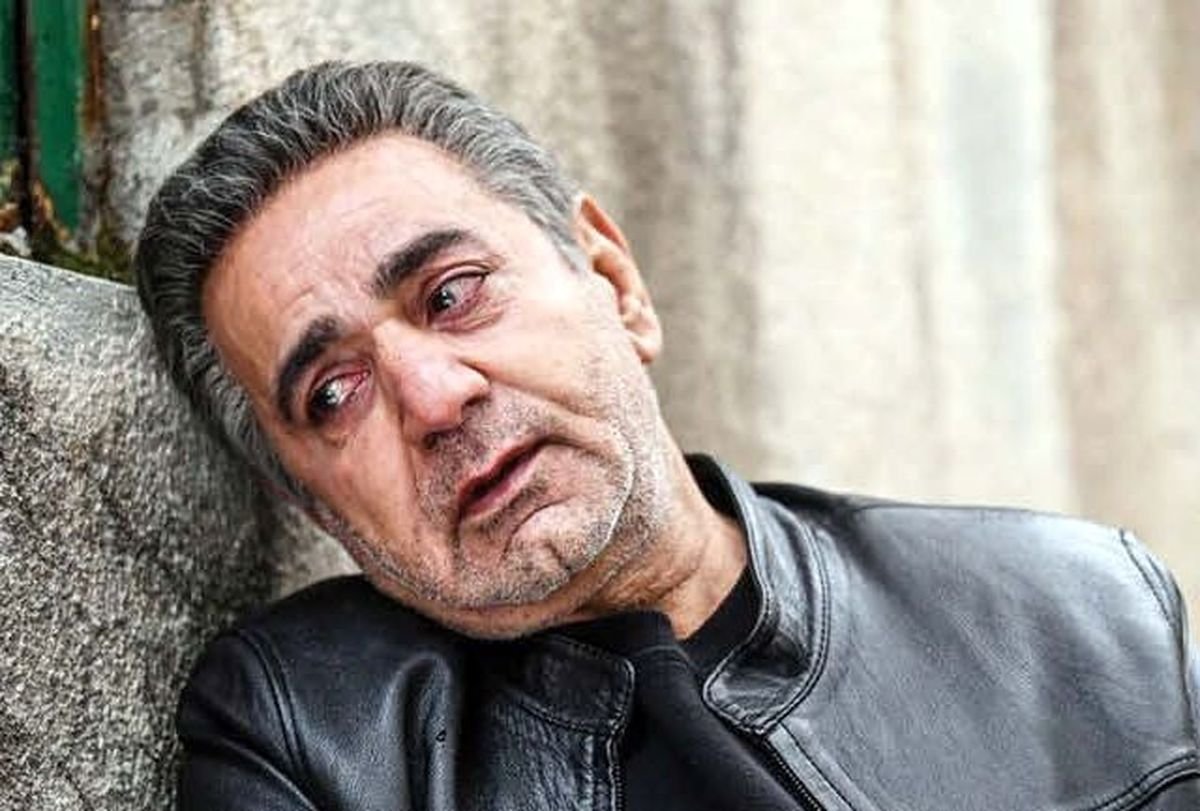 You can download his movies with English subtitles easily. Enjoy!