In ancient Persia, people cherished and respected women, and women had a powerful and active role in society. Also, in the history of this country, you can find several Persian female warriors. Those women were mothers, wives, politicians, and even warriors.

Persian history is vast, but in this article, we will introduce you to the greatest female warriors of ancient Persia.

Once upon a time, the Persian Empire was the most powerful nation. Persia was initially a vast country that extended from Egypt to India, and undoubtedly women, especially female warriors, had a significant role in keeping the Empire safe.

In contrast to two other great powers of the time, Rome and Greece, which were both male-dominated nations, Persia had many Persian female soldiers who could instill dread in Rome’s heart.

The Ruins of Persepolis show that men and women were equal in all aspects of life at that time, including the battlefield.

DNA tests in Iran have revealed that the ancient bones discovered with a sword in hand belonged to a female fighter who lived 2000 years ago.

Who Are Persian Female Warriors in History?

Persia has always been through different wars with its unique geographical position, and thousands of soldiers were buried to keep the land away from invaders.

Persian female warriors are no exception among thousands of soldiers, and they played a significant role in keeping invaders away as men did. 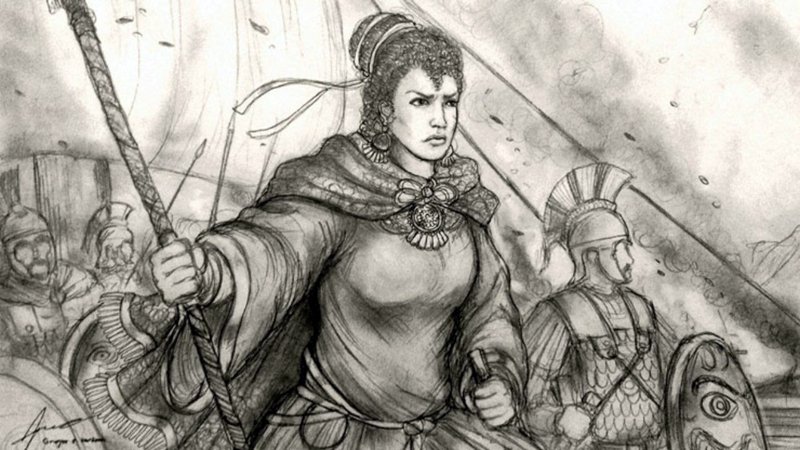 Artemisia, one of the bravest Persian female warriors, was the queen of Halicarnassus.

Halicarnassus was a city in ancient Greek that became the colony of Persia. Artemisia was not only a female warrior but also a great advisor to Xerxes I.

Herodotus, born in the Greek city of Halicarnassus, part of the Persian Empire, was an ancient Greek writer, geographer, and historian (now Bodrum, Turkey), mainly known for histories written about Greek and Persia wars.

Writing about Artemisia, he didn’t hide his amazement about her intelligence in wars against Greece, and according to him, no one like Artemisia offered wise advice to Xerxes I.

Artemisia’s Advice on the Battle of Salamis

Before the battle of Salamis, Xerxes summoned all of his naval commanders to ask their opinions on whether he should launch a maritime war.

All of the commanders recommended him the war, but Artemisia, a wise and the greatest Persian female warrior, advised him not to begin this war because she knew Greeks were more skilled in a sea war.

Although Xerxes was delighted with her suggestion, he went to war anyway. But still, he admired her, and he respected Artemisia so much.

In Salamis battle, Artemisia led five ships. When Persian soldiers were about to lose, a Greek ship followed Artemisia, but she couldn’t fight back or escape from it. So she destroyed the Persian vessel beside her so that The Greek ship considers Artemisia as on their side.

It’s worth mentioning that the Greek king put a prize over bringing Artemisia alive to him; this order suggests how much she was powerful. 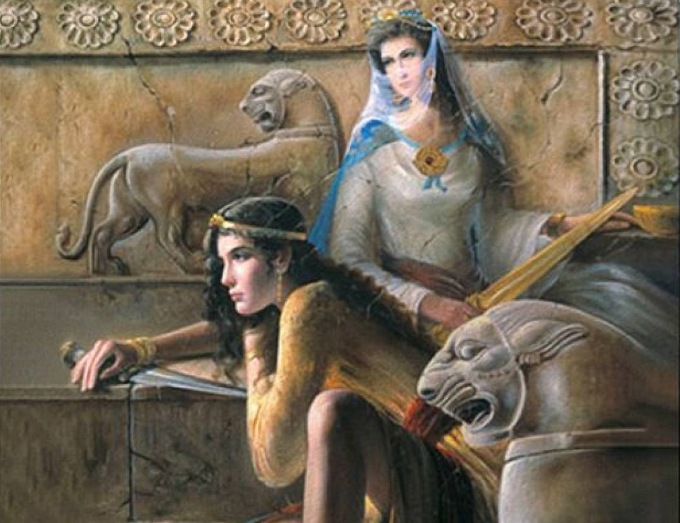 Apranik, the daughter of Piran, was a Sassanid army commander and was among the Persian female warriors in history. She fought bravely against Arab invaders in Sassanid Empire.

She loved fighting and being in the military since she was a child. Since childhood, her father, a great general in Empire, enjoyed having her as her right hand because she showed interest in fighting.

Love of country inspired her to join the military after she was a grown woman. Apranik, following her father, wanted to be more than just a soldier. As a result, after some time of hard work, she became a commander.

Apranik was a constant source of motivation for her troops in their fight against outside attackers.

The last Sassanid king was indifferent about the spread of Islam in the south. While the Persians were experiencing the most challenging time of their history due to years of battle with the Romans, the Arabs attacked Persia’s southern borders and defeated them.

In this battle, Apranik as a brave soldier, like other brave Persian female warriors, took the responsibility of guiding some men in the army. Even after Persia’s defeat, she gathered her loyal warriors and resisted Arab invaders until death.

Even though the Empire did not last, the name of this legendary lady has always been remembered as one of Iran’s brave soldiers. 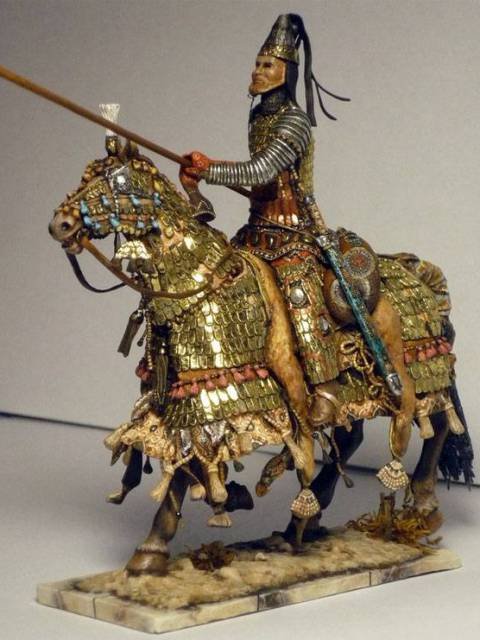 Sura was brave and genius in military actions during the Parthian era. Sura was her father’s right hand, Ardavan the Fifth, the Parthian Empire’s last ruler.

Sura’s name means the face of a flower; soft in name, tough in life; she was the General Lieutenant in the Parthian army.

She had a reputation for weakening and tiring her opponents before the victory. Her warriors were her only friends, as she was obsessed with war and vengeance.

She held vengeance against King Aradeshir since he started a war against her father (Ardavan V) in 225 A.D. and killed him.

In her never-ending quest to restore her father’s name, she died heroically on the battlefield like other Persian female warriors. 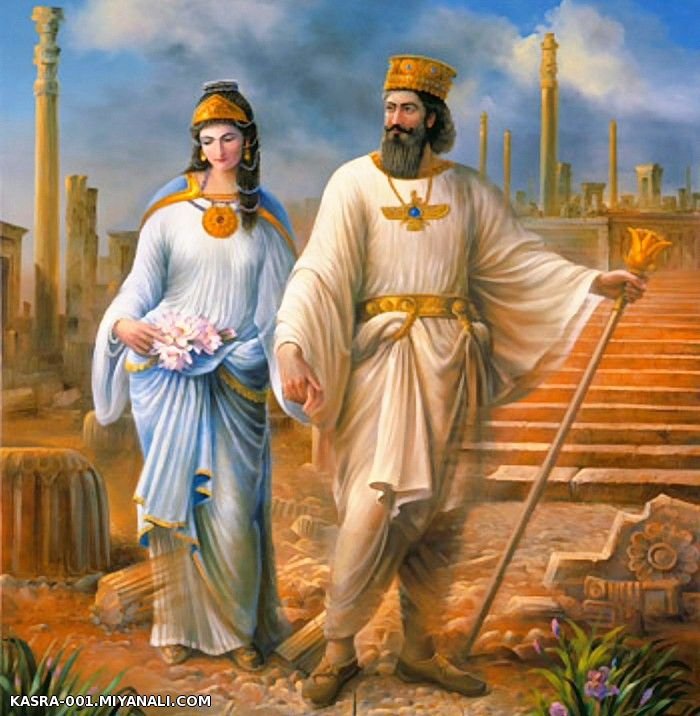 Pary is another strong woman among Persian female warriors. The meaning of Pary is a person like an angel. She was the General in Achaemenid’s army and the wife of King Darius the Second.

Darius II, her husband, was her half-brother, whom she married and had 13 sons, four of whom lived to adulthood.

Pary was a very influential woman with a vast force of spies to protect the throne. Darius II knew her throne was dependent upon her and her power. Besides these, she was a great warrior on the battlefield and a source of motivation for soldiers. 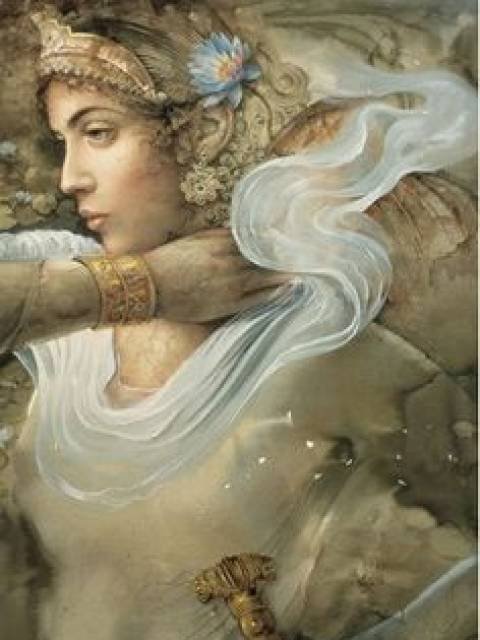 Here is another great woman among other Persian female warriors we introduced. Pantea fought relentlessly as a Persian warrior during Cyrus the Great’s reign in the 6th century to secure the sovereignty of her kingdom.

She was also a commander in the Persian army and a co-founder of the 10,000 Persian immortals group; they were regarded as such because, no matter what, they always maintained a force of 10,000 soldiers.

When a soldier died, a unit of well-trained warriors took his place, ensuring that the army remained strong and vigilant at all times. 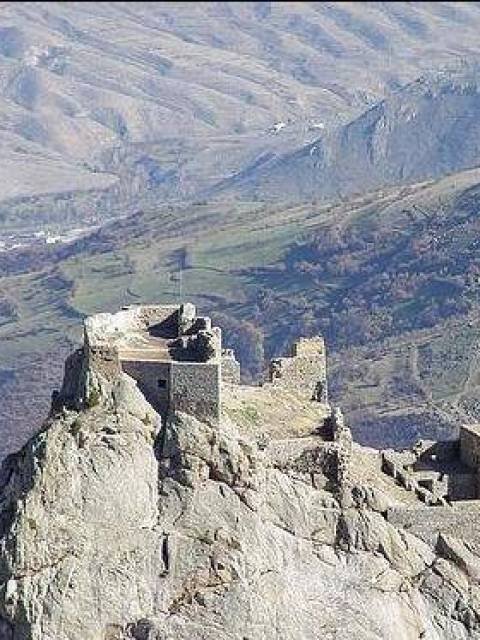 Banu was the wife of Babak Khoramdin. Babak formed a movement against Abbasid Caliphate. Alongside Babak, it was Banu who helped him and fought with him till death.

Banu was a wrathful lady, but she was also a skilled archer, with no victim escaping her arrows.

They stayed on a hill for 23 years and killed over 50,000 Arab invaders during this time. They never lost the war with those invaders, but an officer betrayed them and turned them to the enemy.

Despite Banu’s release, she was forced to watch her loving husband’s public execution.; Arab invaders cut his legs and arms first and then sewed him into a cow’s skin; harsh! But he died proudly.

Banu and Babak could anticipate their death but never give up fighting because of their land; that’s why she is one of the most praised Persian warriors in Persia’s history. 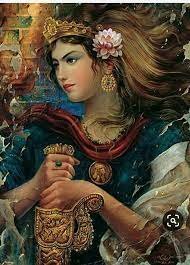 She was the commander of Achaemenid’s Empire; Youtab also was the sister of the renowned Persian hero, Aryobarzan.

When Alexander the great attacked Persia, she fought with Romans and Macedonians along with her brother.

Among Persian female warriors in ancient Persia, Azad was from Deylam in Guilan, the north of Iran. She was a commander and protected the Caspian seashores from Arab invaders.

It’s worth noting that Guilan has always been the birthplace of many Iranian liberation warriors till now. Azad is one of the samples of all heroes who lived in this city.

Throughout history, women have always had a significant role in kingdoms; only a woman can be a mother, a wife, an advisor, and a brave warrior.

No matter ancient or modern, women are powerful enough to lead an army or be a country’s president.