Home » Restriction for Iranian women, what are the limitations?
other

For a very long time, Iranian women have faced legal, political, economic, and social obstacles. The first parliament of Iran, which drafted the constitution in 1906, guaranteed all citizens “equal rights before the law” but did not mention women. However, during the years of the monarchy (1967–1975), women won the ability to vote, divorce, have political participation, and inheritance.

Among Iran’s many strange regulations against women, the need to wear a headscarf stands out. Let’s take a look at the sexual restrictions that exist in Iran. 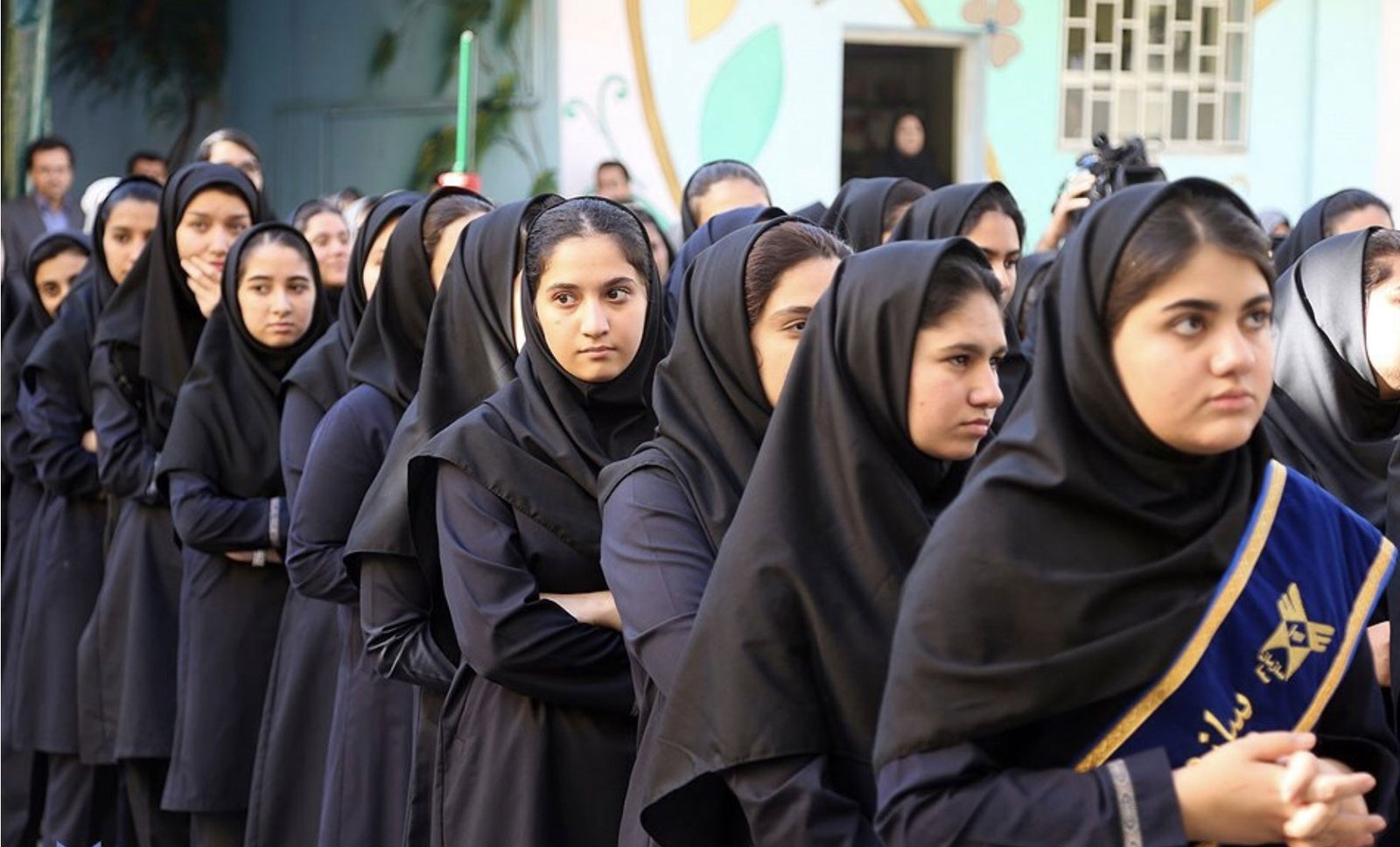 What restrictions do Iranian women face?

The Islamic Republic has instituted stringent new regulations limiting women’s freedom of expression, dress, child care, inheritance, and travel. This section will examine the many forms of sexual discrimination in Iran.

The civil law system in Iran is often seen as very patriarchal, with several laws prioritizing males over women and almost no legislation specifically protecting them. In Iran, the law is based on Islamic principles.

Children in Iran are considered criminally responsible and may be prosecuted as adults after they reach puberty under the country’s civil code. To some extent, this is unfair since females typically enter puberty at age ten, whereas boys typically do so at age fourteen.

This implies that even ten-year-old girls may face criminal charges. Prison terms, flogging, and even the death penalty are all possible outcomes. Marriage and divorce for Iranian women

Iran’s legally required age for a girl to get married has changed many times. The sentence was reduced to 9 years at one time. Currently, the minimum age for marriage in Iran is 13 for girls and 15 for boys. In Iran, a woman is only allowed one marriage, which requires the consent of the male head of the household. However, an Iranian guy can wed as many as four women.

With the advice of a Qazi or a court, an Iranian woman may divorce her husband if he is either mentally unwell, believes in wife-beating, continues drinking, or is in prison. In contrast, males in Iran do not have access to any kind of neutral third-party involvement. Instead, they may acquire a divorce by saying the words out loud.

Wearing hijab in Iran necessitates the use of loose-fitting clothing. Everything about them, from head to toe, must be covered. A woman may be beaten by police and sentenced to up to six months in prison and a fine if she is caught breaking the law. In Iran, a woman needs her husband’s approval before she may go abroad.

When breaking these clothing codes, women suffer harsh penalties under the law. The hijab, or covering of the head, is compulsory in the Islamic Republic. The maximum penalties for violators are two months in jail, a fine of up to 500,000 rials, and 74 lashes.

However, fewer women in urban areas now choose to cover their whole bodies with black chadors, but many young ladies still do so with scarves that expose their faces and hair. Also, legislators called the interior minister in June 2014 to examine the inadequate implementation of the dress code after a surge in the number of women wearing tight leggings. 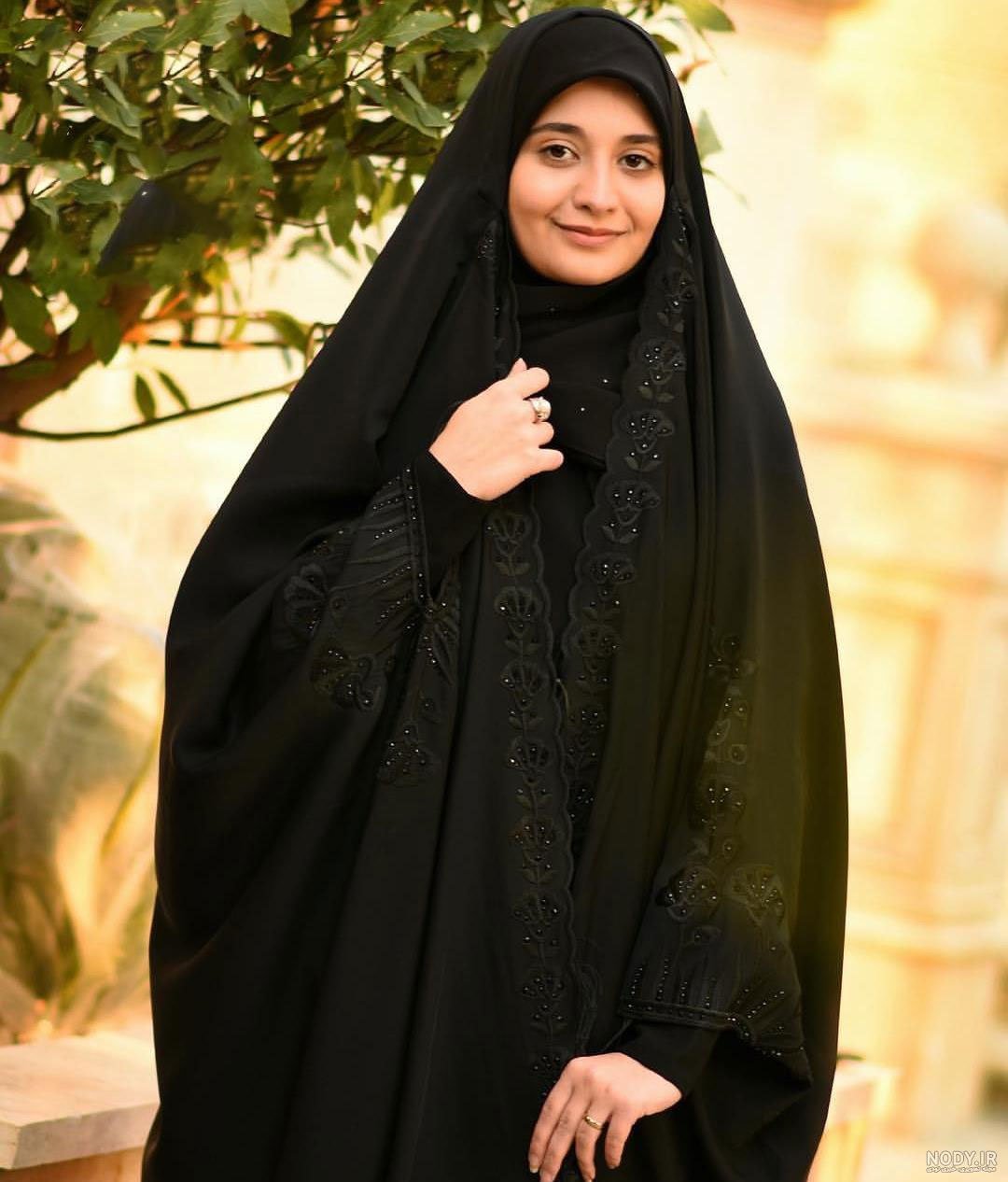 Children under the age of seven are given to women first. The courts decide custody arrangements for children older than seven. If a divorced mother remarries, she automatically loses her right to visitation or custody, even if her former spouse has passed away.

Divorcing mothers who rely on alimony to make ends meet often find themselves in a position where they must relinquish custody of their children. No stadium entry permission for women in Iran

Women in Iran are not permitted at stadiums where men’s sports are being played. However, after FIFA’s persistent pleading for the 2022 World Cup Qualifier, the government finally opened its stadiums to female spectators earlier this year.

Restriction on dancing in public

The Iranian government strictly forbids women from dancing in public. Males to dance in public, a woman must accompany males. In addition, a woman wishing to release an album in the nation is required to get prior approval from the authorities. 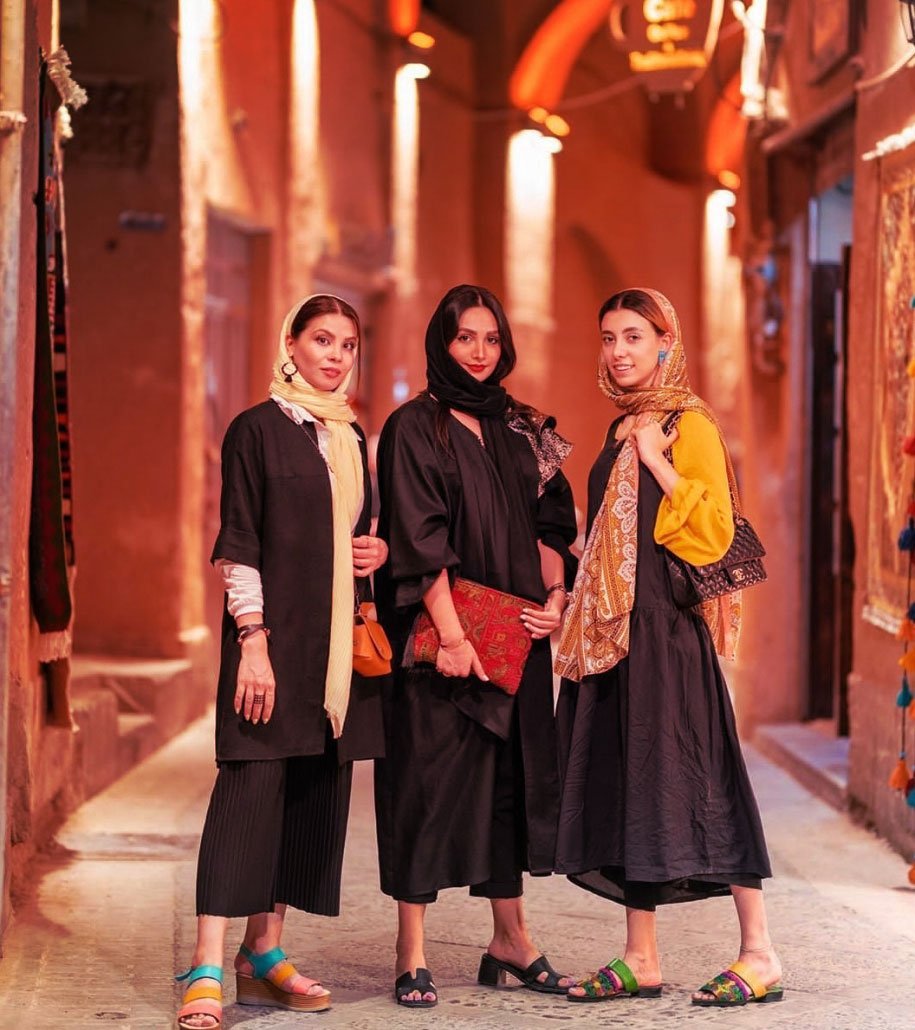 Travel restrictions for women in Iran

Regarding international travel, the law is not on the side of women. A woman cannot get a passport or go abroad without her husband’s approval. Husbands may give their wives unqualified permission to go overseas whenever they choose, or they can insist that their wives get their approval before taking any trips abroad.

For example, women who were unmarried and above the age of 18 might apply for a passport without parental consent, but they would need their approval before leaving the country.

Sometimes, women might discover their husbands or male guardians had canceled their authorization to go overseas, preventing them from boarding aircraft. Although it is unusual, the authorities may reject a husband’s objections and allow his wife to participate internationally in her sport.

Wealthy families have been known to avoid paying estate taxes by changing ownership of their properties before death. Some men have even acquired property in the names of their wives or children to sidestep civil law restrictions if the man dies first. Relationship with the opposite sex

It is prohibited for non-Muslim males to have sexual relations with Muslim women, yet Westerners involved in such relationships have seldom faced punishment. However, women in Muslim countries may be whipped if they are caught in relationships with men from other faiths. Therefore, women need to be cautious while traveling alone or with companions of the other gender.

Couples who are not married or in a committed relationship should always use discretion while they are in public.

Homosexual activity, adultery, and having intercourse with someone who is not your spouse are all punishable by death in Iran (not all the time). Hence hotel management may require couples to provide marriage certificates before allowing them to share a room.

You may be familiar with Islamic clothing codes for women, but you should also be aware that Islamic law has specific male dress requirements.

Men in Iran have been jailed for wearing “western-style” hairstyles or dress styles, though these incidents are far less prevalent than those that led to Ms. Amini’s arrest. 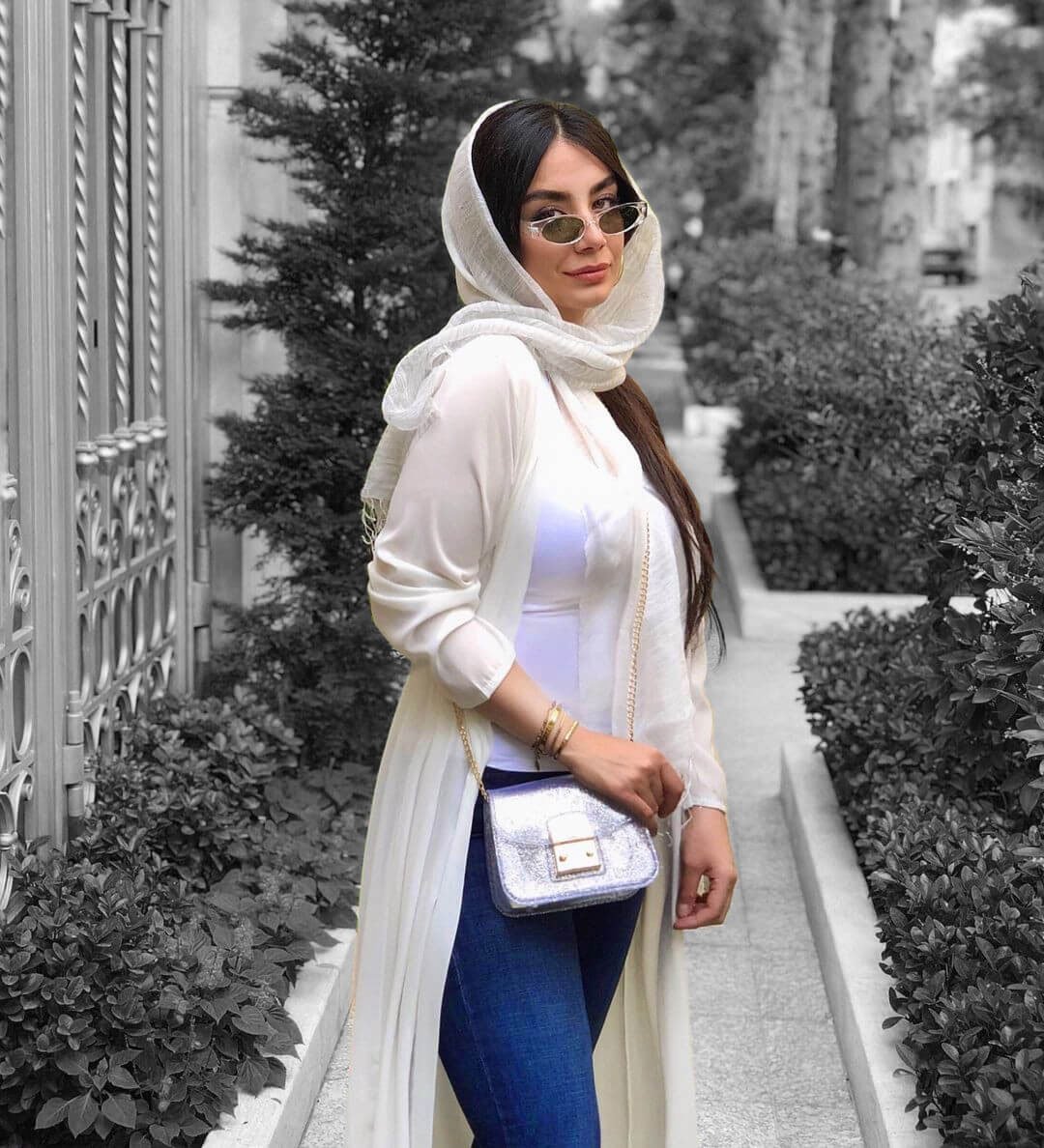 Despite the government’s anti-feminist position, many outsiders claim that a new wave of educated young women in Iran is embracing feminism. A few have argued that the Iranian women’s movement can’t succeed without accepting aid from western feminists, whose achievements have been widely hailed in the West.

According to this view, Iranian women may gain independence and access to opportunities unavailable in their conservative culture by adopting feminist ideals from the West.

But, according to these feminists, no matter how much the Iranian women’s movement makes progress in Iranian society, the standing of specific Iranian women will always be inferior to that of western feminists.

Others argue that feminism has not yet come because it requires the establishment of a worldwide sisterhood of women from all cultures and faiths. Local movements of women would never be successful without them. Honor killing in Iran; what is the rule?

Some Iranian cities have a high rate of honor killings. Sexual and honor-related conflicts account for around 20% of all killings and 50% of murders inside families in the province of East Azerbaijan. The term “honor killing” describes murders committed by male relatives against female family members.

Honor murders are a kind of retribution against women who are seen as causing shame to their families by refusing an arranged marriage, reporting a partner for rape, divorcing, or being sexually active.

Some advocates for women’s rights claim that patriarchal legal systems are at the heart of the problem of honor killings. According to Article 630 of the Iranian Penal Code, for instance, if a man watches his wife engaging in sexual relations with another man and he is convinced that she is a consenting participant, he may execute both of them.

The father and paternal grandparents are protected from punishment under Article 301 of the Code. One possible explanation for the seeming rarity of honor murders is that they are seldom discussed openly.