Rig-e Jenn (Persian: ریگ جن) is a huge sand dune field in the center of Dasht-e Kavir, Iran’s central desert, between Semnan and Isfahan. The ancient caravan passengers avoided it, believing evil spirits haunted it. Even now, people in nearby towns and villages think so. During his 1900s desert travels in Iran, Sven Hedin avoided this region. In the 1930s, Austrian geographer Alfons Gabriel traversed its south tail on his journey from Ashin to Arusan. A few hours from Tehran is a wonderful spot, and its beauty is unbelievable. The fascinating beauty of this dune in Iran’s middle desert might surprise you with its incredible gift in a seemingly lifeless region. Eastern Iran is famous for its large deserts with severe sun-scorched landscapes, some of which are more appealing to adventure lovers. This desert has enormous dunes and large swamps that might be difficult to cross for even experienced hikers due to lack of water.

Those who have been in Rig-e Jenn claim it’s like stepping on a dry ocean floor. Winds flowing over enormous amounts of sand create eye-catching structures and formations that might almost seem imaginary and “too” flawless. Campers enjoy beautiful sunsets or sunrises. It’s the perfect moment to watch a full moon and brilliant stars shine in the desert’s clear sky. Exploring challenging places like this desert attracts those with unique tastes and a sense of adventure. So, if you like desert trips and seeing new places, don’t miss out on Iran’s desert. The world’s most inaccessible desert is becoming a popular destination for eco-tourists and environment enthusiasts in Iran. It’s a 3,800 km large sandy desert in Iran and one of the most spectacular and enigmatic natural phenomena. Because there is no vegetation in this location, the sands are continually moving by the wind, and the dunes’ form can readily change. 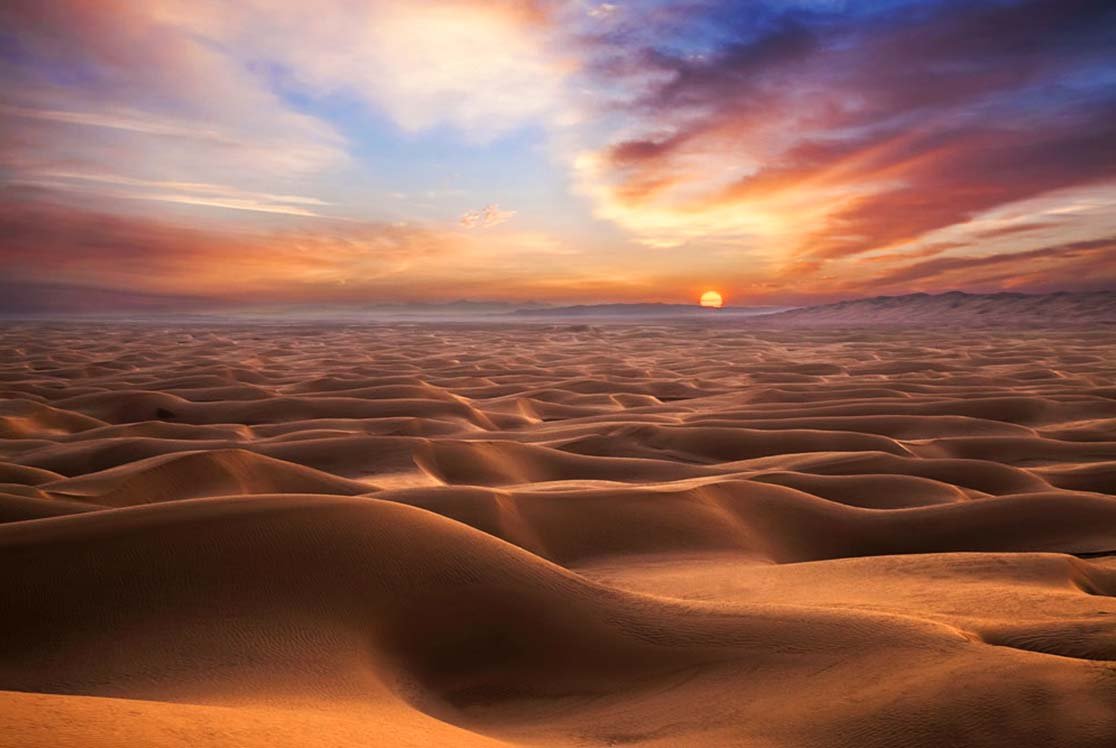 In Persian, Kavir means desert, and Rig means dune. One of the most famous destinations for desert lovers is Rig-e Jenn. What should you expect to see in this desert? Well, there are barchan (crescent-shaped dunes), pyramidal dunes, and salt marshes in this area. A water spring or water well does not exist inside the boundaries of this desert, and the Vargi River, which comes from the Sulphur Mount and contains salty water, is the only river that passes through it; nevertheless, there are some other salty rivers that are lying next to the desert. Also, expect to have so much fun with your friends; set a fire at night and watch the stars while lying next to the fire blazing. There are numerous desert regions in Iran that have exciting tales to tell; nevertheless, this desert is perhaps the most mysterious Kavir in Iran, and it may provide a fantastic experience for you while you are there. 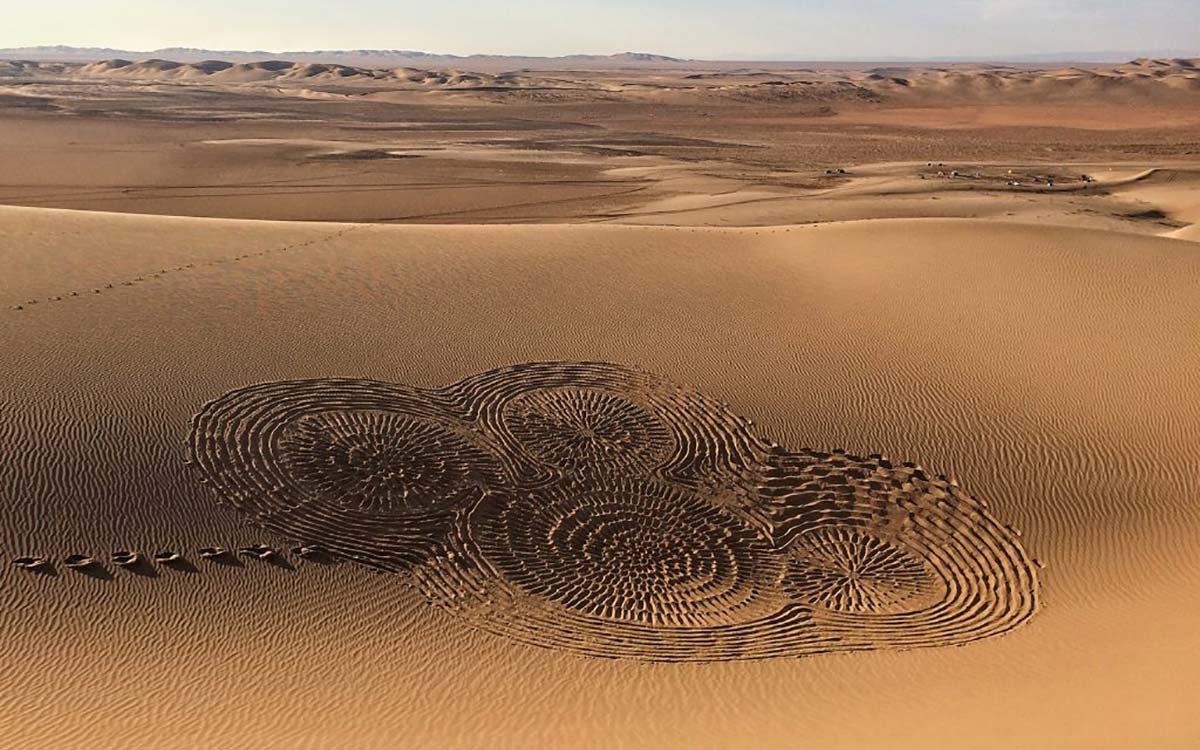 Among the most perilous areas of this desert, marshes are the most difficult to get out of, and doing so may even be fatal. This section of the desert is renowned as the “Bermuda Triangle” of Iran. According to legend, even caravans avoided going through this desert, thinking it to be a haunted location inhabited by evil spirits and “Jinn.” Traditionally, a “jinn” is a spirit in Islamic culture, and the Rig-e Jenn was previously (and in some areas still is) thought to be a haven for malevolent spirits. Although none of the magical tales and mystical beliefs seem to be true today since there are rational explanations for every incidence, it remains a lovely and gorgeous desert that has developed into an incredible destination for desert enthusiasts. It’s possible to observe millions of stars and many meteorites in this desert at dawn, sunset, and night when the sky is clear. 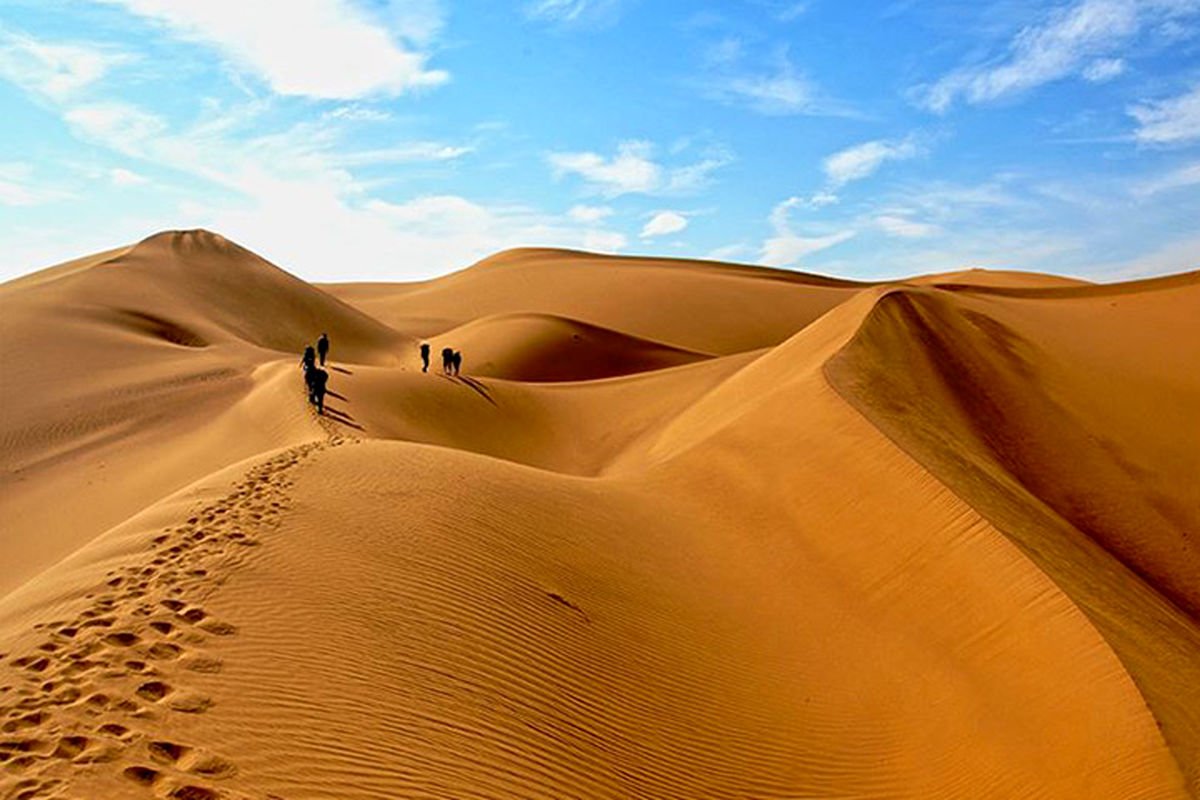 It’s not a region where a beginner traveler should go alone since it’s famous as the “Desert of Spirits.” But why shouldn’t you go alone? Because it’s in the middle of nowhere with no access to roads and, in some areas, no cell phone service. Even season travelers, according to experts, should make thorough preparations before stepping foot in the desert. It’s crucial to remember that while traveling to this area, it’s best to follow the expert nature travelers who know the desert terrain.

The Secrets Behind Rig-E Jenn

Wind flowing over the dunes and the sound of rocks breaking due to temperature differences between day and night add to the spooky ambiance of this desert. The people of the nearby villages refer to this peculiar sound as “the cry of stone,” and they associate it with metaphysical forces and mythical spirits.  Furthermore, they used to think that the Jinns and evil spirits would take all desert visitors, and they also stated that camels would refuse to enter Rig-e Jenn and stop traveling once they reached the edge of the desert! Why did the locals believe the spirits took the travelers? It’s likely that the term came from the fact that many people had entered the desert and never returned; well, it’s not because of the evils haunting this desert that some never returned in the past; instead, it was because of marshes and other dangerous situations in the desert that can be challenging for solo travelers.

Locals believe that there’s a forgotten paradise in the middle of this desert with a magical lake covered with dense trees, where Jinns store a treasure, and that anybody who finds it would become wealthy. There’s a section in this desert where there are many black rocks spread around. In reality, these rocks are impurities that have been removed from metal ores during the melting of metals by Haloxylon shrubs during the melting process. According to this, locals believed that some humans or spirits gained access to this remote location and melted metals many years ago.

The Best Time To Go to Rig-e Jenn

You may, however, look forward to a thrilling journey to Rig-e Jenn regardless of whether or not these fictions are true. Another option is to go over the desert in an off-road vehicle or on a motorbike, which will provide an exciting and memorable experience. It’s also possible to go barefoot over the desert and experience touching the scorching sands of Kavir. If you want to stay at night in this location, you should take time to look up at the desert sky, filled with thousands of stars. The most incredible time to visit this desert is during the fall and winter seasons. However, you should check the weather predictions before going to this location. Those considering a trip to this desert should be aware that the wind may be pretty intense at times, causing panic among those passing by; however, it’s natural.