Millions of years ago, the Persian Gulf was a considerably greater body of water than it is now, inundating significant areas of the Arabian peninsula in the south and Iran in the west. Since large amounts of salt were left behind due to the water evaporating and the seashores receding, there are salt mountain Iran in those areas. Iran is famous as the land of the majestic salt mountain. Sediments carried down from the mountains by rains covered the coating of salt. As a result, the sediment layer thickened, compacted, and weighted heavily on the layer of salt underneath. If you want to know more about salt mountain Iran, keep reading this article.

What Is the Famous Salt Mountain Iran? 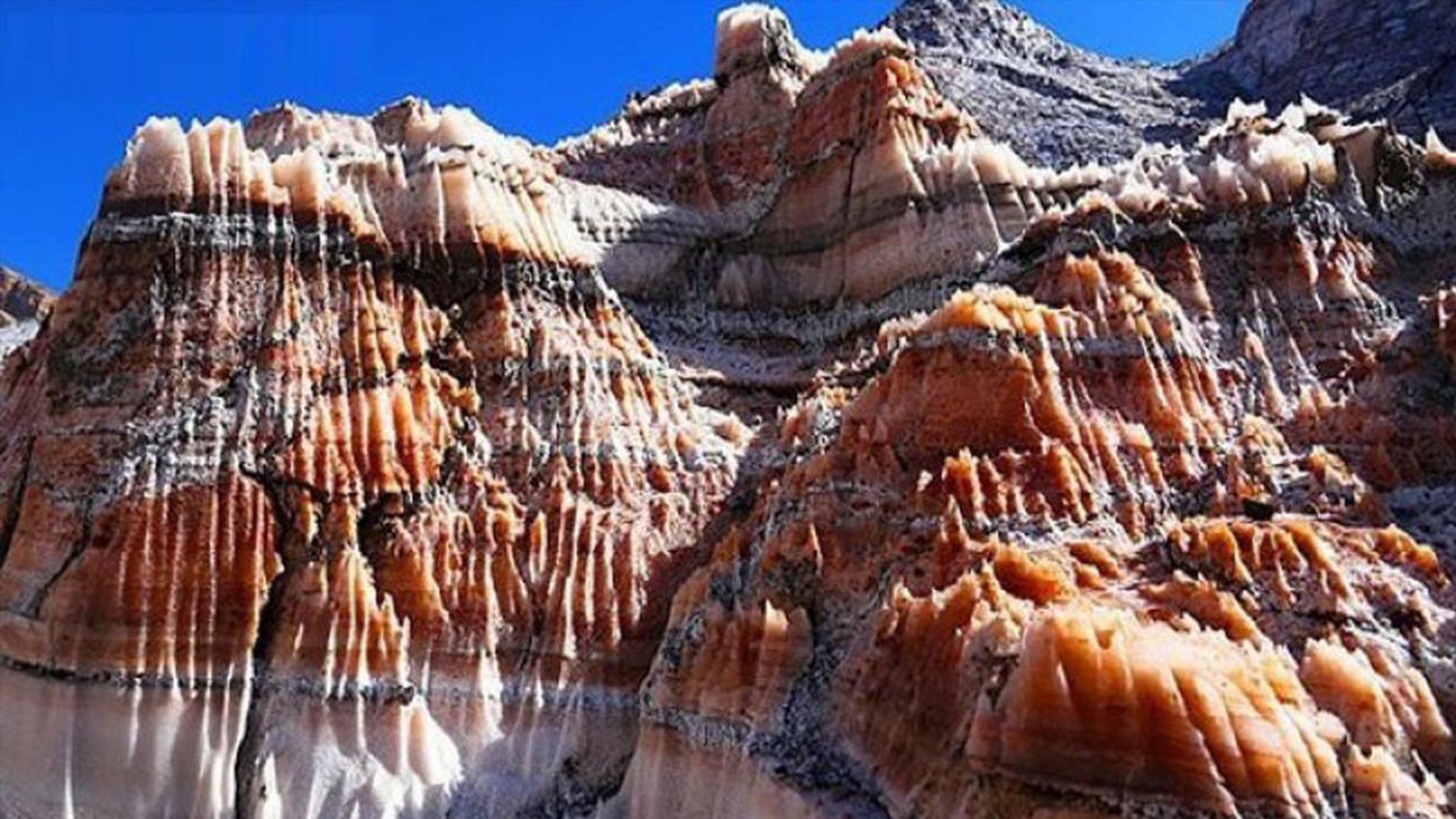 First, let’s inform you that salt begins to act like a fluid, resulting in an intriguing phenomenon known as salt tectonics. Due to the pressure exerted on the salt layer by hundreds of feet of sediments and rocks pressing down on it, salt begins to rise through the overlying rocks. When a weak area in the top layer of sediment comes up, the salt pushes through it and produces diapir domes, a kind of dome. Occasionally, a diapir may break through the surface and expand horizontally, forming a salt glacier in the process. In southern, southwestern, and central regions, you may view all of these magnificent salt formations of Salt mountain Iran. The most remarkable example one can mention is the Zagros mountains, which run parallel to Iran’s coast on the Persian Gulf and are home to a variety of wildlife. It’s interesting to know that when the Arabian Plate clashed with the Eurasian Plate, it created Zagros. This collision left ridges and fault lines that allowed salt diapirs to develop.

The Zagros mountains, located in southern Iran, provide a dramatic scenery of long linear ridges and valleys worth seeing. In the future, Salt mountain Iran may be in danger of oil drilling since the impermeable rocks found in salt domes may be famous for retaining petroleum under other rock layers. The salt domes in other countries, such as the United States, Mexico, Germany, and Romania, are already a substantial source of petroleum. Governments of those countries have been using salt domes for a long time. It’s important to know that the biggest concentration of salt mountains in Iran is in the Zagros Folded Zones, the Persian Gulf area, and on rare occasions in central Iran and Azerbaijan. 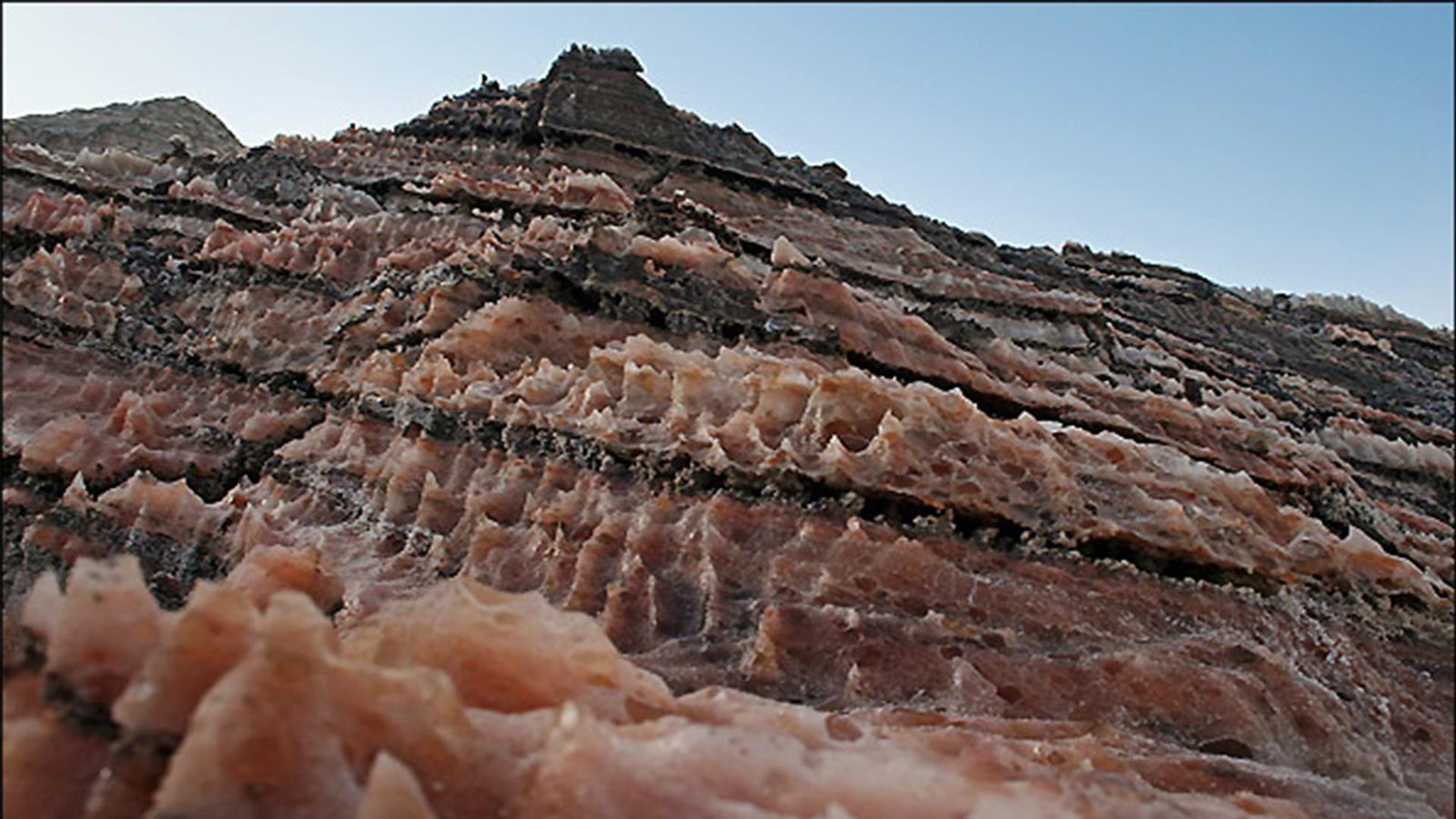 The provinces of Kerman, Hormozgan, Semnan, and Ghom have the highest frequency of occurrences in the salt mountains. Salt domes cover most of the land area of certain islands in the Persian Gulf, such as Hormoz, Lark, and Hengam, among others. Some salt mountain Iran are one-of-a-kind natural wonders of the globe. Jashak Salt Dome in Bushehr County, Namakdan on Gheshm Island, Kenar Siah and Jahani in Fars Province, Anguran in Zanjan, and Ghom in Ghom County are just a few of them. These salt domes have a distinct landform identity, and you can distinguish them easily from their surroundings by their location on the landscape. The characteristics that have developed as a consequence of these landforms are very diverse, gorgeous, and one-of-a-kind. They’re representative of a particular geologic development process. These salt domes have a variety of unique morphologies, such as caves, waterfalls, and salt glaciers, among other things. 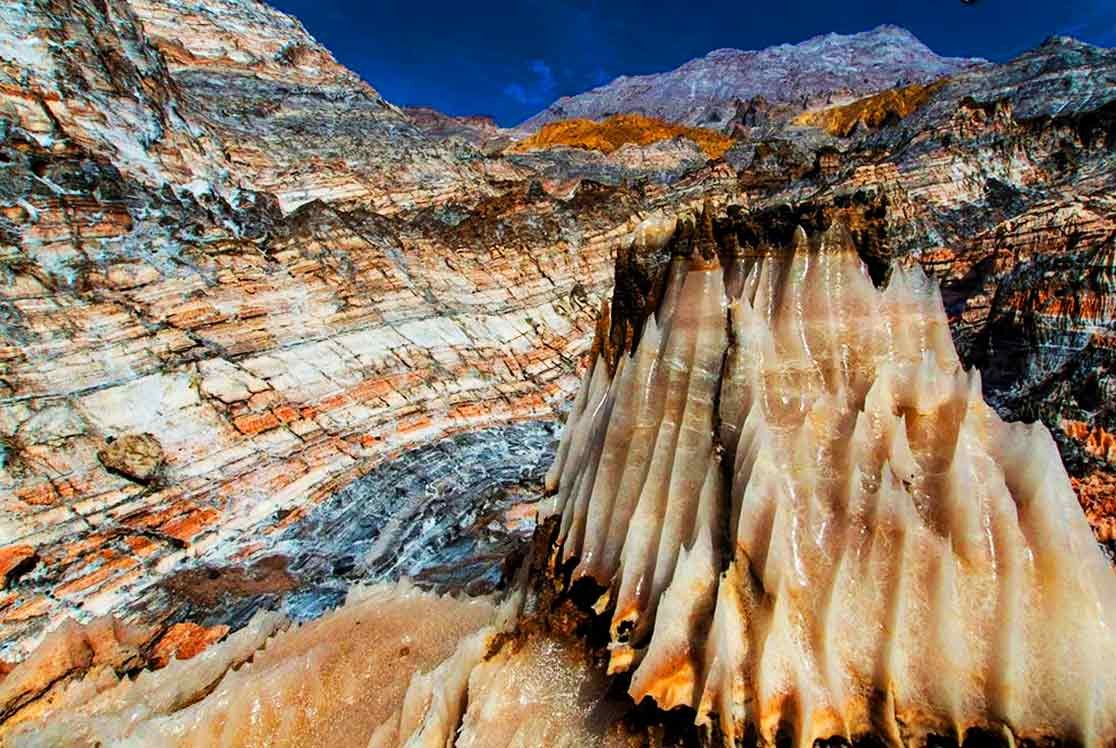 Jashak salt dome (Persian: گنبد نمکی جاشک / کوه نمک جاشک) is in southwestern Iran; it’s part of the Zagros mountains and is a salt mountain Iran. Located between Dashti and Dayyer counties in Bushehr Province, the salt dome is also close to the Gankhak-e Raisi in Kaki and Dashti areas. One of the most stunning of Iran’s many salt domes, the Jashak is on the list of Iran’s World Heritage Sites and is one of the most beautiful in the world. If you visit the Jashak salt dome, you can’t really compare it to any other sights you’ve ever seen in your life throughout the planet. It will be an incredible and memorable journey if you visit the Jashak salt mountain, the hidden wealth of the Zagros mountains.

Jashak is a village in Bushehr province. This village in the Zagros mountains is well-known for its salt dome, one of the most beautiful and distinctive of Iran’s salt domes. The stunning Jashak Salt Dome covers an area of 3650 hectares and is a sight to see. Salt mountain Iran, Jashak, is home to various unique wonders such as salty glaciers, mountains, springs, holes, and caverns, among other things. To enter the dome, which is beautifully bright like a snowy mountain, is like walking into a realm of pure fantasy, where you may discover tranquility and calmness in natural surroundings. Because of the presence of metal components, certain sections of the Jashak Salt Dome are in shades of red, orange, yellow, and gray colors. They’re famous as “Rainbow Salt” because of their color. 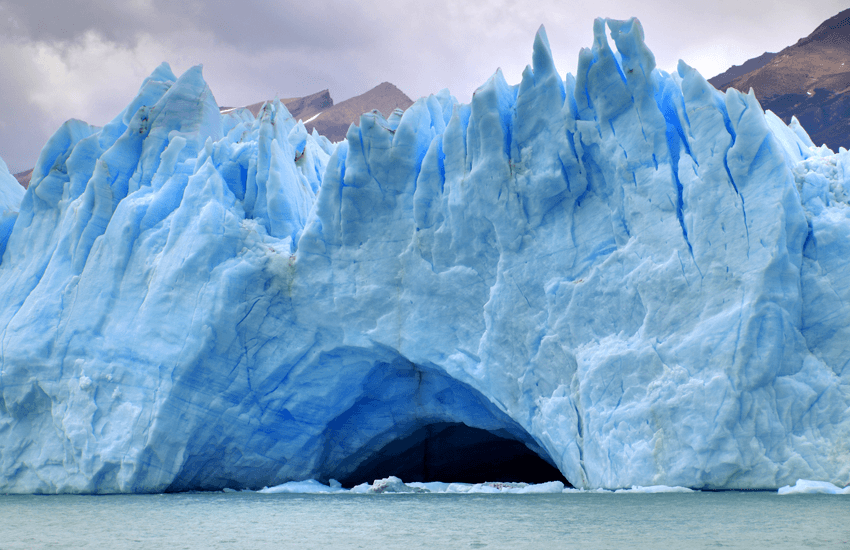 Salt mountain Iran such as Jashak or Zagros, contains salt glaciers; let’s learn what a salt glacier is. A rare flow of salt occurs when a rising diapir in a salt dome breaks the earth’s surface, creating the salt glacier. Due to the similarities in movement between this phenomenon and ice glaciers, the researchers coined the term “salt glacier” to describe the occurrence. The particular qualities of salt and the geologic setting of the area, such as salt mountain Iran, are the primary origins of these formations. A rising body of salt is a diapir, and it’s this body of salt that rises to the surface and supplies the salt glacier. These salt flows are pretty unusual on the planet. Scientists have discovered that they may be on Mars, too but that they are comprised of sulfates, based on a more recent finding.

Best Time to Visit Iran, When Is the...