Sareh Bayat (Persian: ساره بیات) is an Iranian actress, television host, and model who was born on October 6, 1979, in Mashhad, Iran. She’s primarily famous for her part as Razieh in the film “A Separation” (2011), for which she received the Silver Bear for Best Actress at the Berlin International Film Festival. 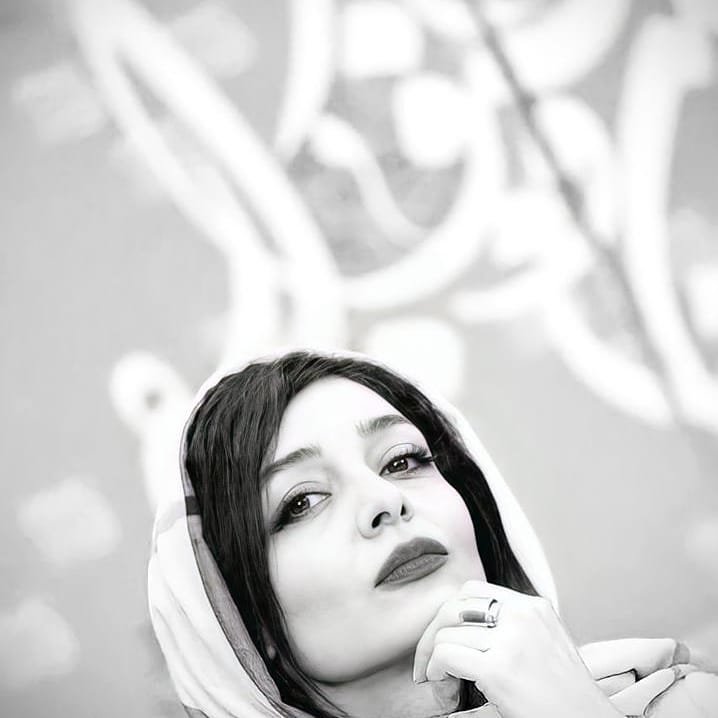 Sareh Bayat has a bachelor’s degree in fine arts. Originally from Mashhad, she grew up in a family of four with having only one younger sister, Sarvin, who is now the wife of Reza Quchannejad ( Iranian football player). 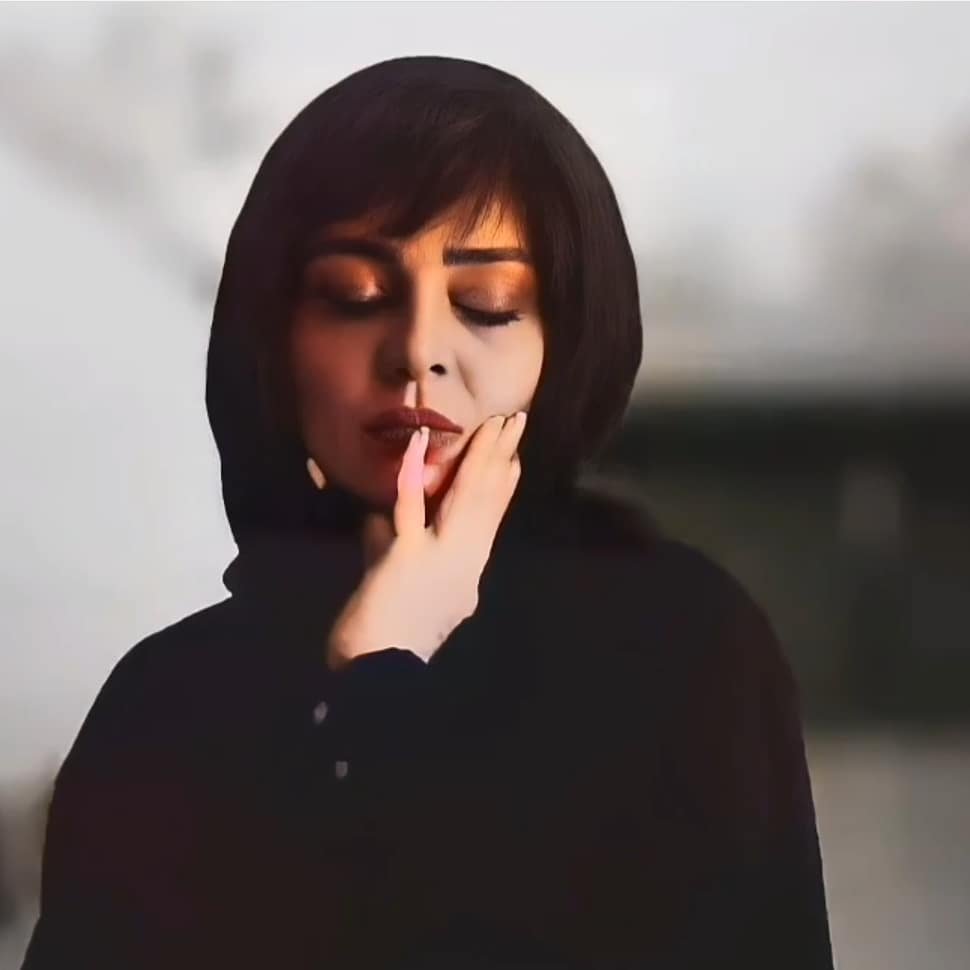 She started her acting career when she was only 22 years old in the theater and made her television debut in 2007 with the series “A Handful of Eagles.” Her parents were against her entering the acting industry, so she secretly pursued art. 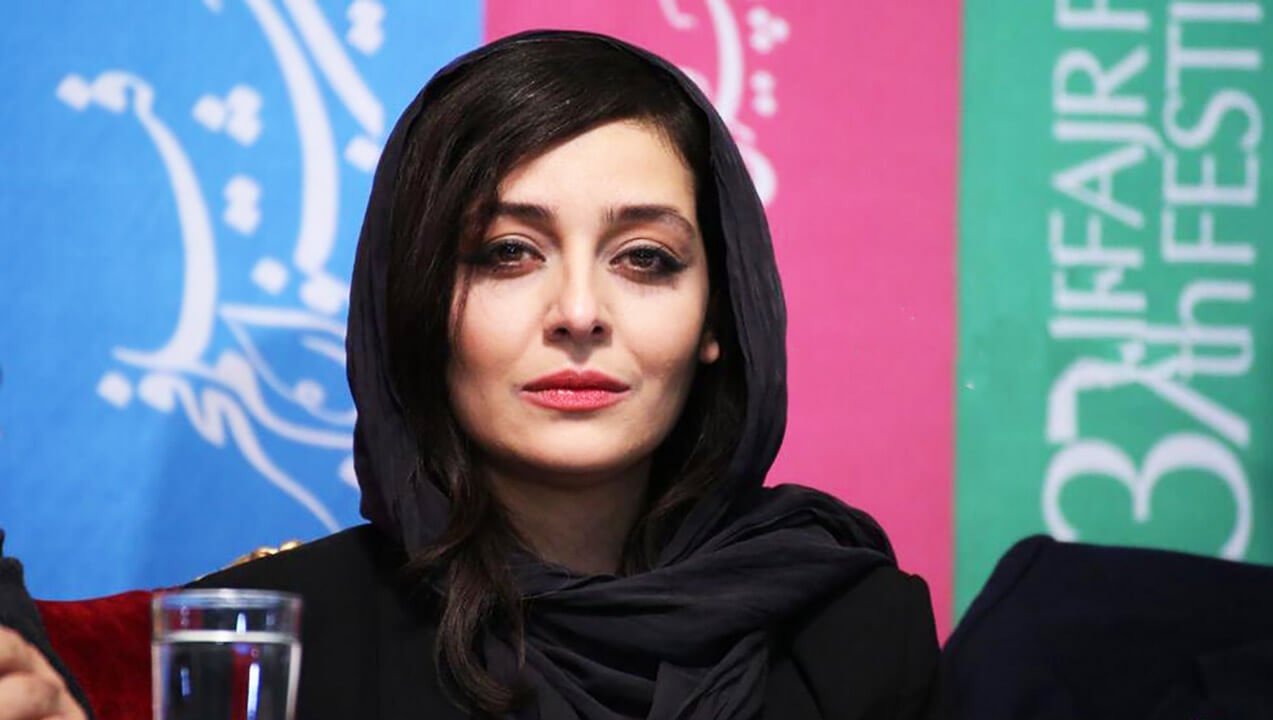 In 2007, Sareh Bayat made her film acting debut by acting in “Imitator of The Devil.” Then in 2011, she acted as Razieh in the movie “A Separation,” directed by Asghar Farhadi. In 2012, A Separation won the Academy Award for Best Foreign Language Film, making it the first Iranian film to do so. At the 61st Berlin International Film Festival, it won the Golden Bear for Best Film and also the Silver Bears for Best Actress and Best Actor, making it the first Iranian film to earn the award.

Pleased With What She Has 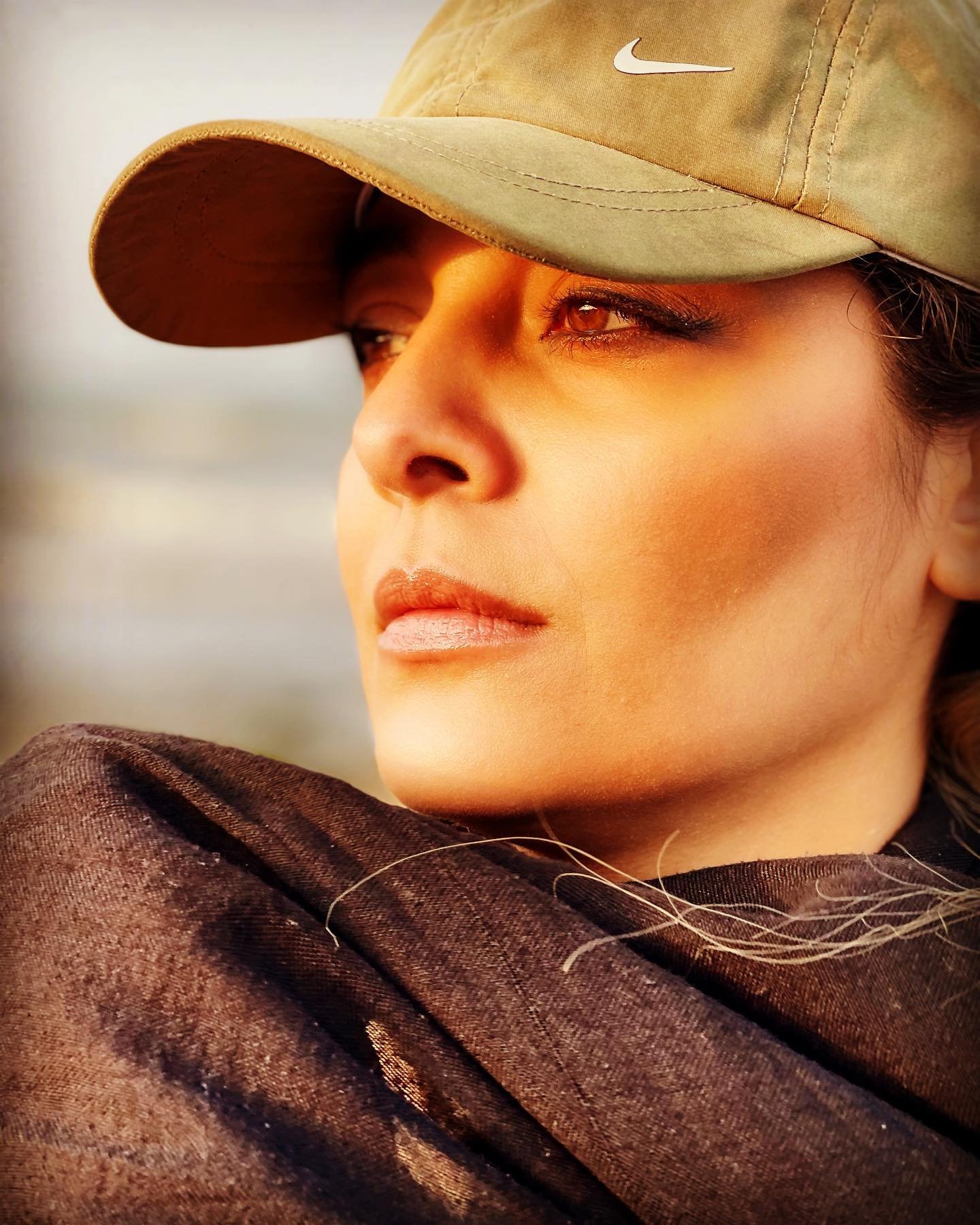 She believes that we should be thankful for what we have right now, but we should never stop striving for our dreams. Sareh believes she has accomplished much success in her profession so far. In an interview, she said: Others may say I have low expectations, but I have achieved what I wanted, and I have worked really hard to get to where I’m now, which is why I enjoy my current life. 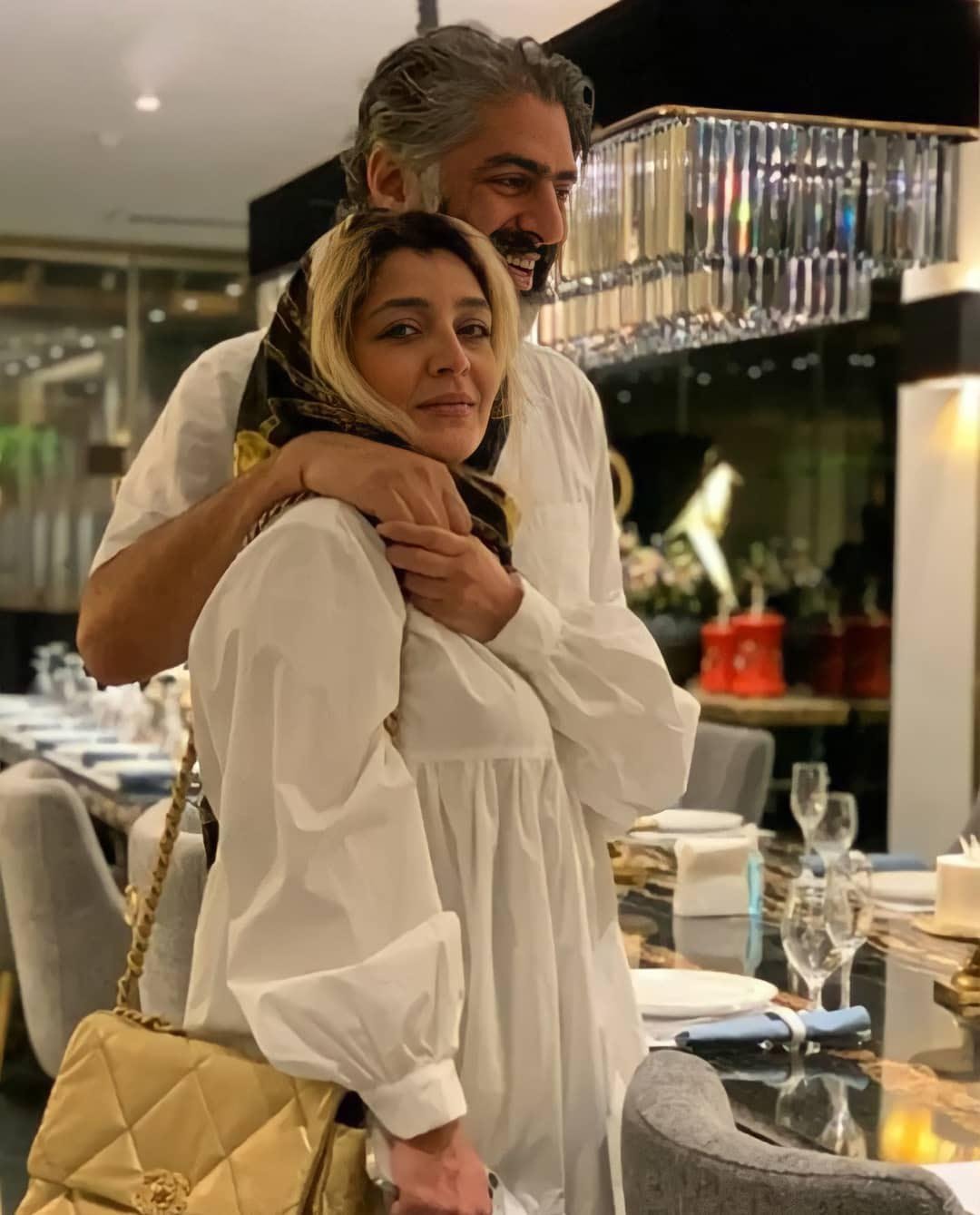 Sareh Bayat married Alireza Afkari who is a famous Iranian musician. Alireza Afkari was born on September 13, 1977, in Tehran, Iran, and is a well-known musician who has created music for several renowned Iranian singers like Moein, Googoosh, Ebi, Bijan Mortazavi, Helen, and many more notable artists. In January 2012, the cops arrested him on suspicion of cooperating with singers out of Iran, according to the police. Singers such as Moein, Ebi, and Googoosh left Iran during the Islamic revolution; as a result, they were banned from returning to the country, and the government forbade Iranian artists from collaborating with them. 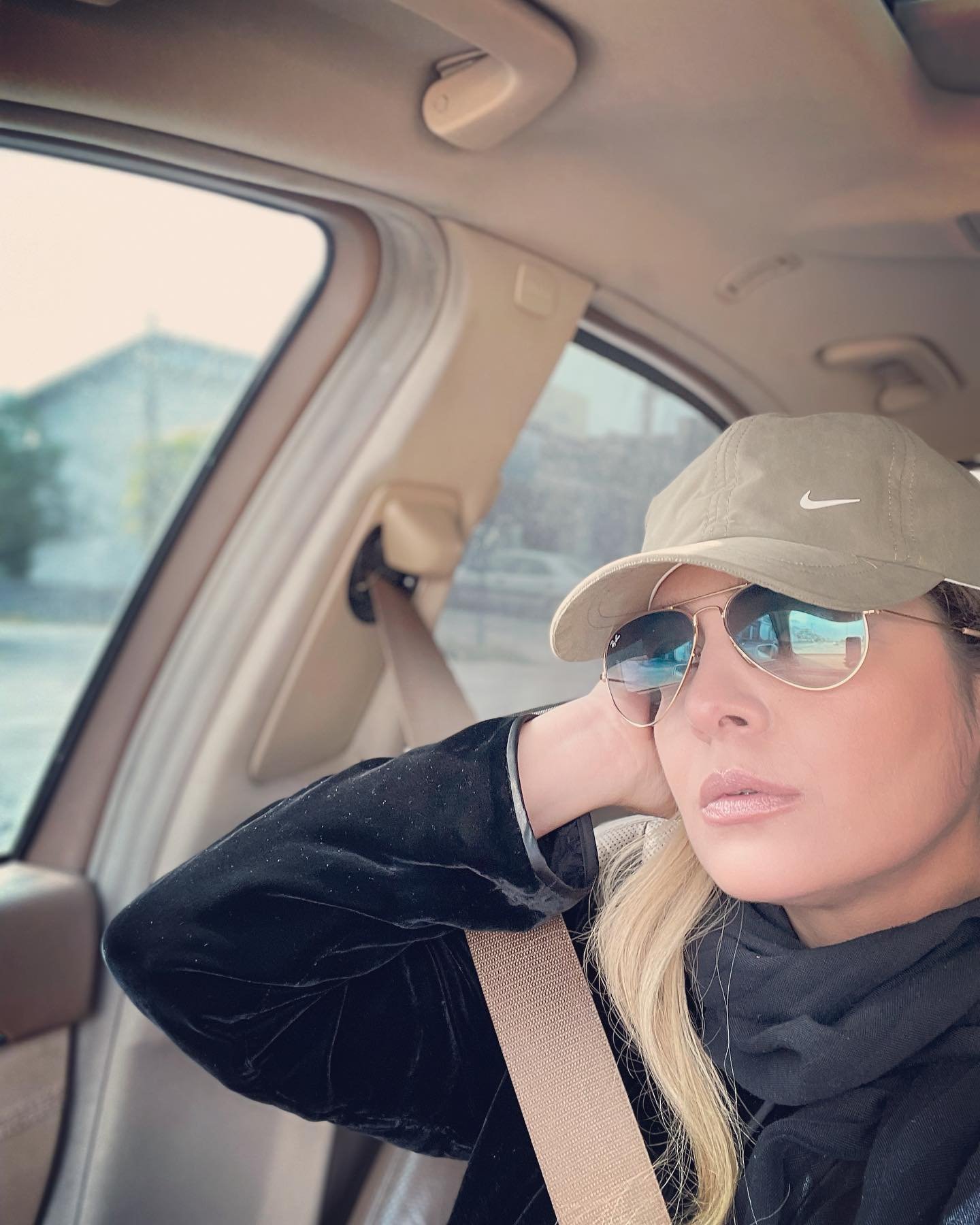 In an interview, Sareh said that she doesn’t care about her appearance in a movie, nor does she care if a character needs the usage of a particular dialect since she’s willing to go to any length to fulfill her roles’ requirements. If she accepts a role, she will do whatever it takes and strive to be the best she can be. The screenplay, the director, the behind-the-scenes agents, all of these factors have an impact on her decision to accept a role or not, which, according to her, is dependent on her mood on any given day.

Sareh Focuses Only on Her Goal 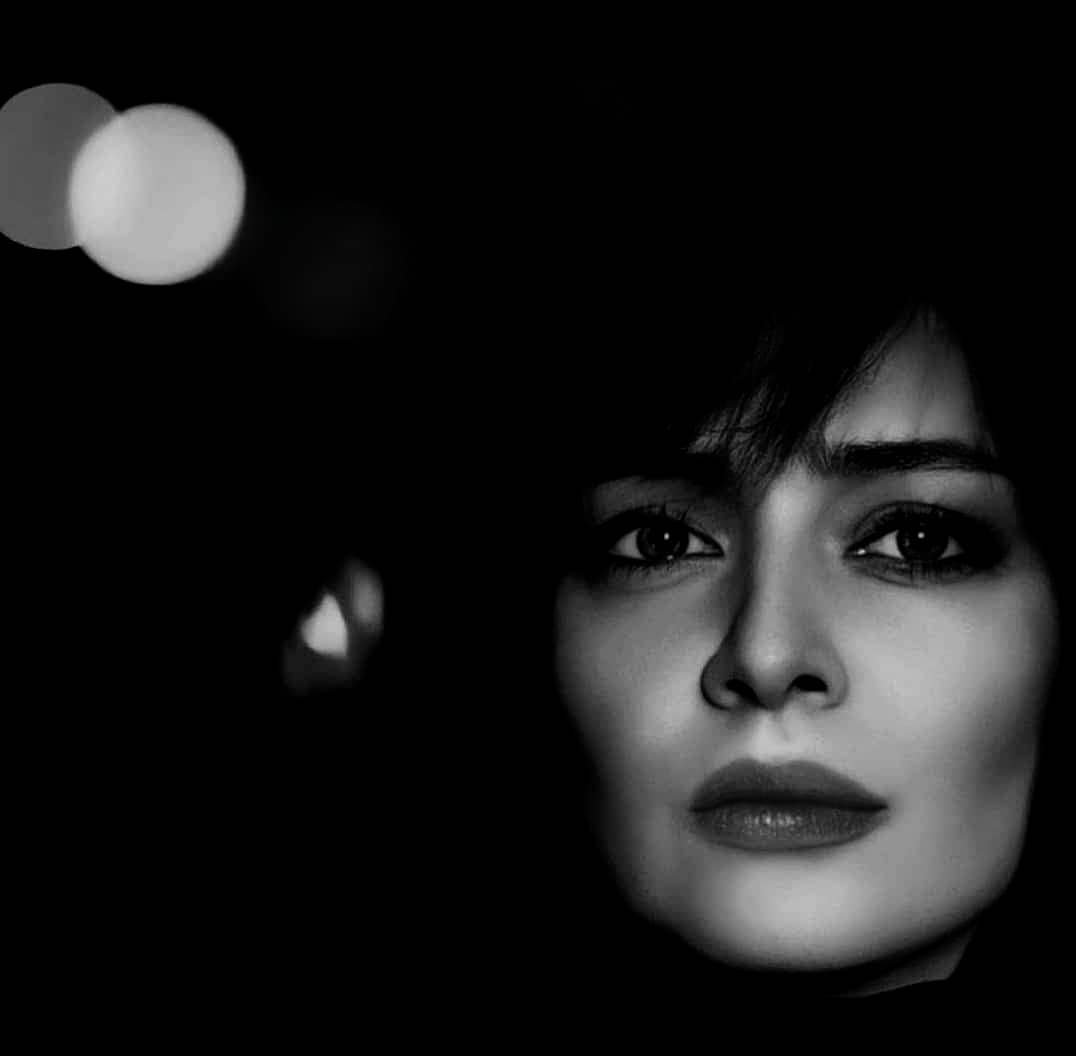 Sareh Bayat describes herself as a brave woman indifferent to others’ judgments. She invests a significant amount of effort to develop herself and liberate her spirit from unwanted influences. Sareh claims that she has been mainly concentrating on her goals and avoiding controversies. She’s an honest woman who is not afraid of growing old or developing wrinkles since she thinks that one should take pleasure in each breath and minute of their life. She doesn’t put much importance on her age number and strives to make the most of whatever stage of life she’s in. She claims she’s pleased with her present age and doesn’t wish to be younger.

Sareh Bayat acted in many well-known films, which we will introduce you to some of them in the following. 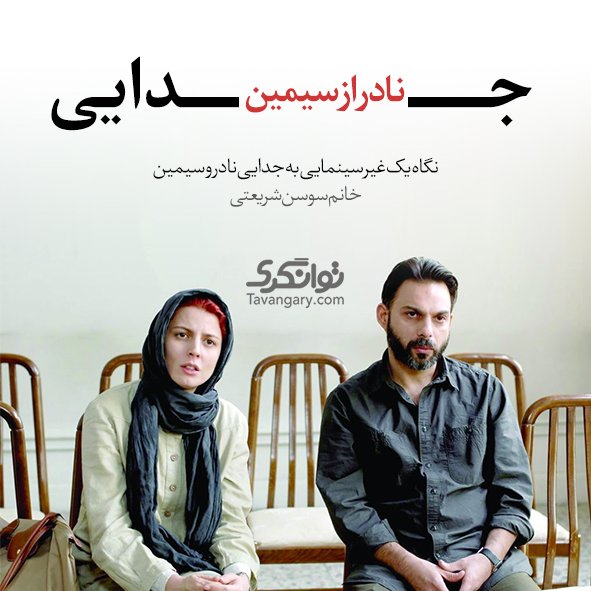 “A Separation” is an Iranian drama film written and directed by Asghar Farhadi. Sareh Bayat co-starred with Leila Hatami, Peyman Maadi, Shahab Hosseini, and Sarina Farhadi in this film. The story is about an Iranian couple who are about to get divorced. The movie shows the disappointment and desperation that the daughter of the family feels due to her parents’ egotistical disagreements and conflicts. The situation worsens when the husband employs a lower-class caretaker for his old father, who has Alzheimer’s disease. As we mentioned earlier, “A Separation” was the first Iranian movie that received an Oscar Award. 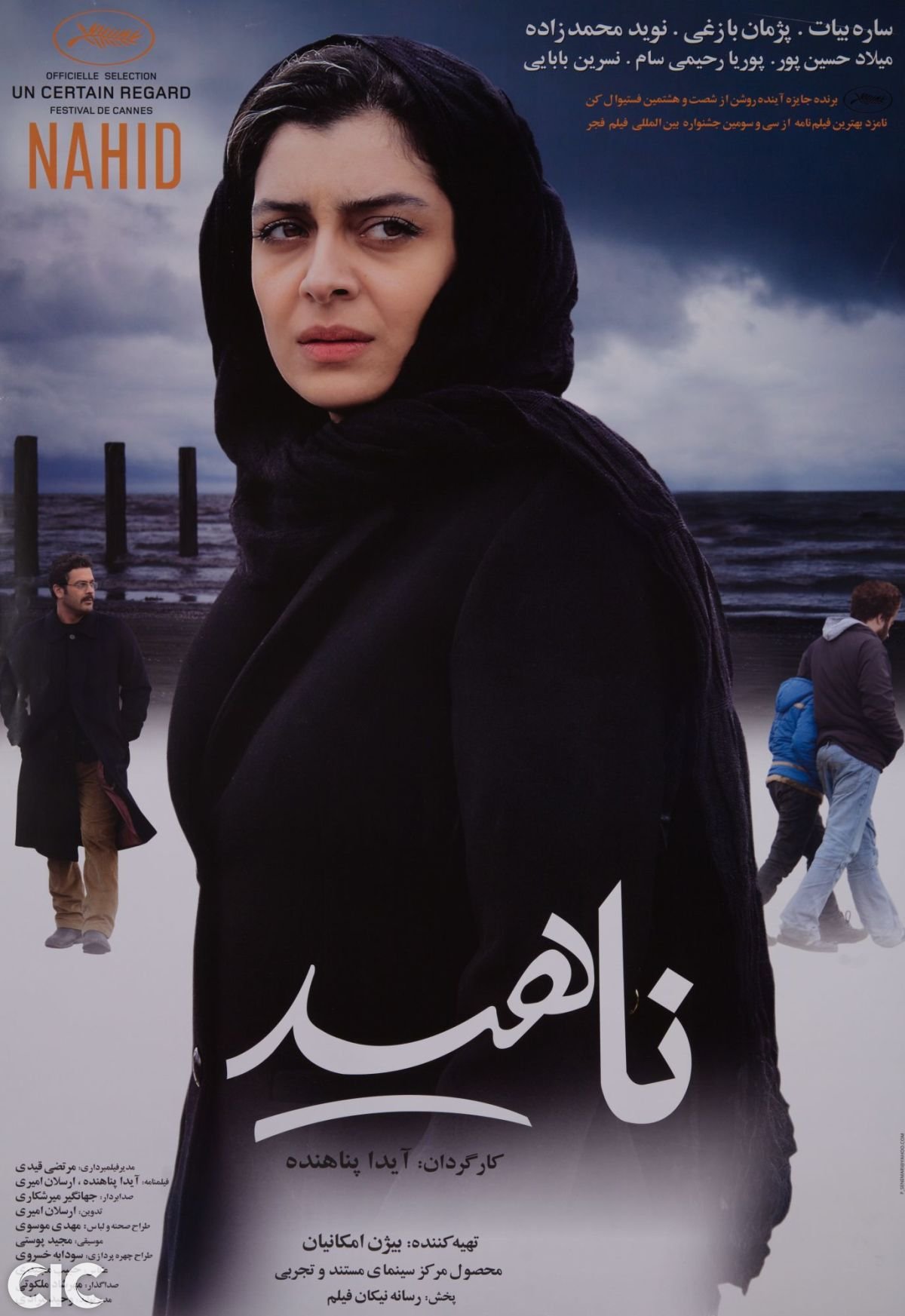 In 2015, Sareh Bayat acted as Nahid in the movie with the same name, directed by Ida Panahandeh. Sareh co-starred with superstars such as Navid Mohammadzadeh and Pejman Bazeghi in this movie. Iranian cinemas showed this movie on November 18, 2015, to the public. Since February 2016, it has been shown in more than 50 cinemas in France, Spain, and Greece. According to a news report, a film’s worldwide distributor has sold the film’s rights to more than 15 countries in Asia, Europe, and South America.

Nahid is a young lady who has separated from her husband Ahmad because of his drug addiction. She supports herself and her small son by typing student dissertations as a profession. According to the terms of agreement with his ex-husband, she can only retain the kid with her provided she doesn’t remarry. After a while, she falls in love with a wealthy guy called Massoud, who also proposed to her. Despite her deep passion for Massoud, Nahid turned down his proposal because of the fear of losing her kid. 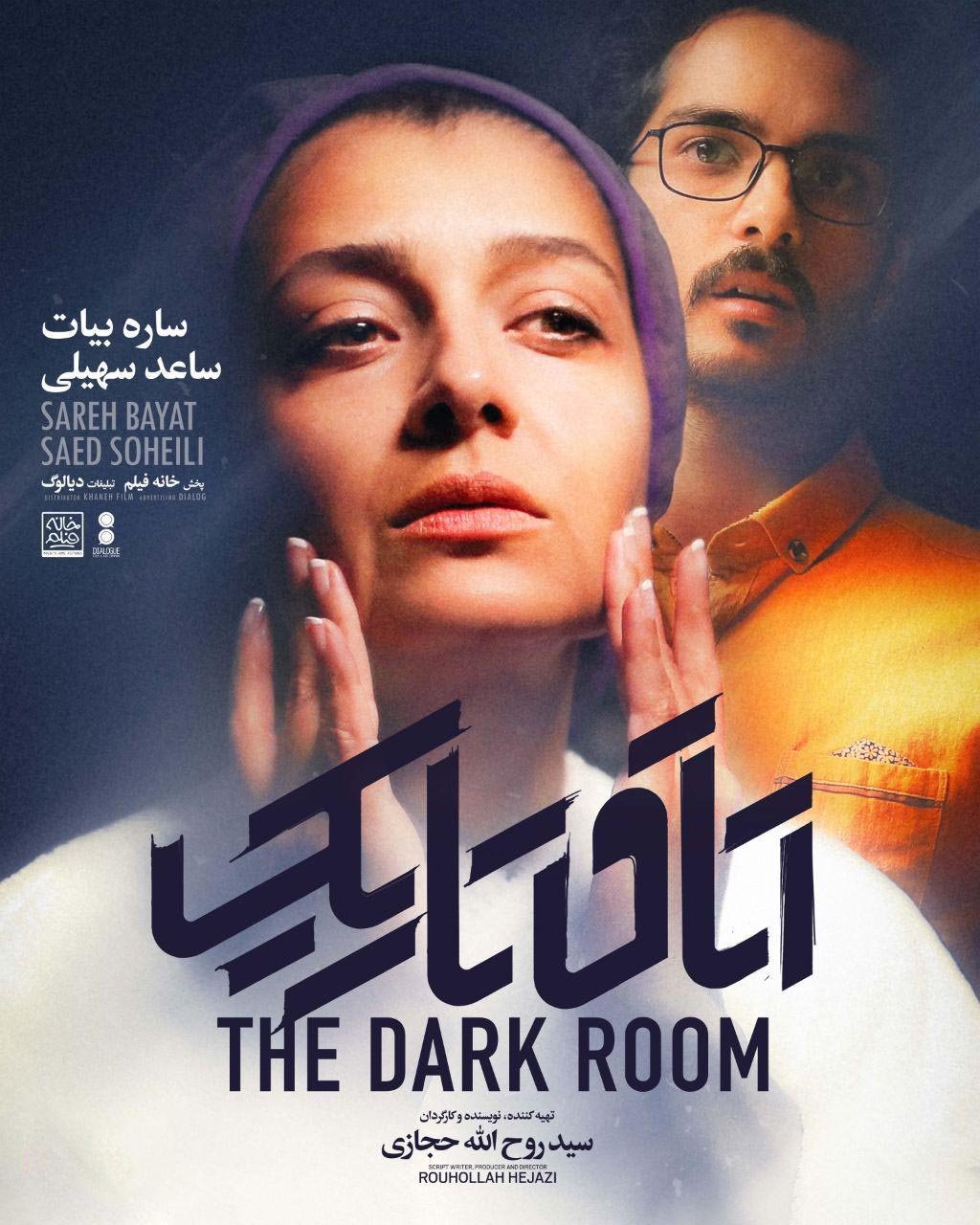 Sareh Bayat acted as Haleh in the movie “The Dark Room,” directed and written by Rouhollah Hejazi. In 2018, it received the Best Film Award at the Hanoi Film Festival and the Kerala Film Festival. At the 2019 Belgrade Film Festival, it was the only film present from Iran. “The Dark Room” theme is about the sexual harassment and rape of kids in Iran.

The film tells the story of a young couple called Farhad and Haleh, who have just moved to one of the newly constructed towns around Tehran with their small kid (Amir). The film opens with Amir disappearing in the hills around his home, and his behavior has changed significantly since his parents found him. His parents notice that he’s worried, frightened, and depressed all of the time. After some time has passed, the parents become aware of the problem. 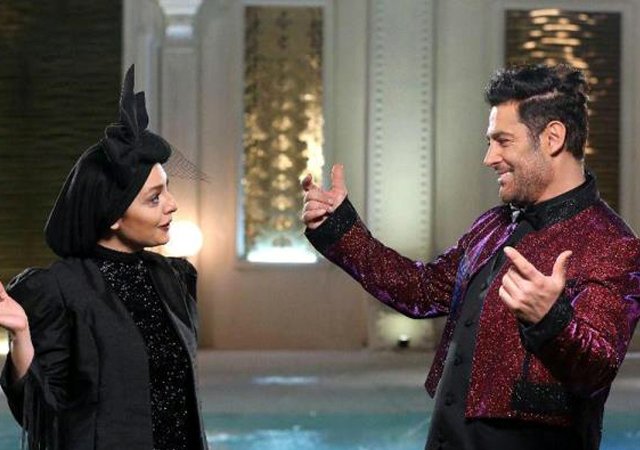 Sareh Bayat acted as Nazi in the movie “Rahman 1400,” directed by Manouchehr Hadi. Rahman 1400 is currently the fifth best-selling film in the history of Iranian cinema. In this movie, Bayat acted with great actors such as Saeed Aghakhani, Mohammad Reza Golzar, and Mehran Modiri. Rahman is working for a company, and his doctor has informed him that he will die soon because of cancer. As a result, Rahman considers devising a strategy to improve his family’s finance before his death; unfortunately, he constantly faces terrible luck. He and his friend Anoush are conspiring to have Ashkan, the son of the company’s president, injure Rahman; so that his family lives a comfortable life with the Ransom money.

In the following table, we gathered Sareh Bayat’s movies. 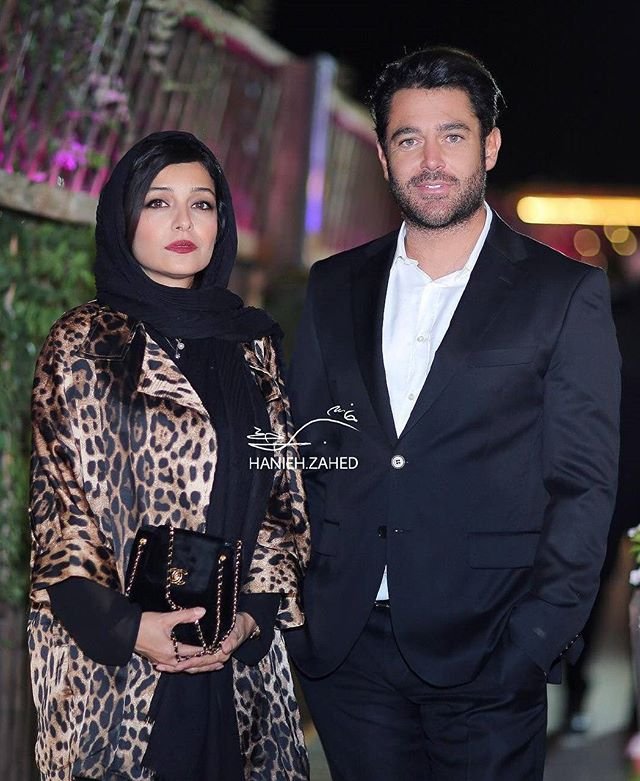 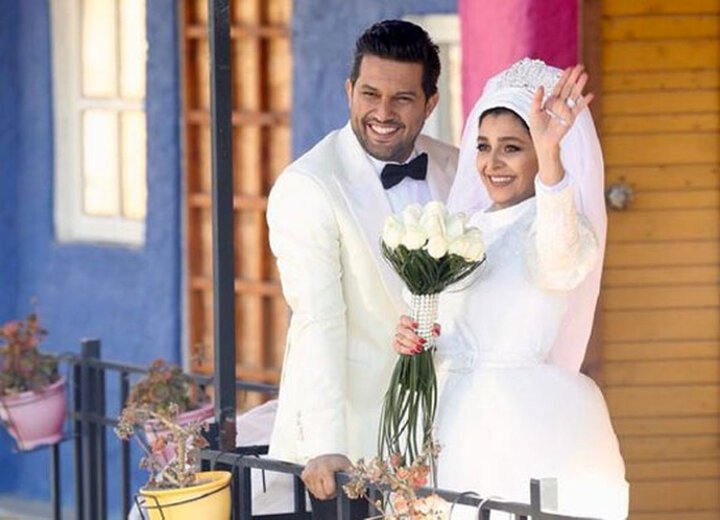