Shahin Najafi is a musician and author born on September 10, 1980, in Bandar Anzali. He earned his Ph.D. in sociology in Germany and moved to the United States when he was 24. Since the apostasy decree, he has been forced to hide his whereabouts and often alter his looks. 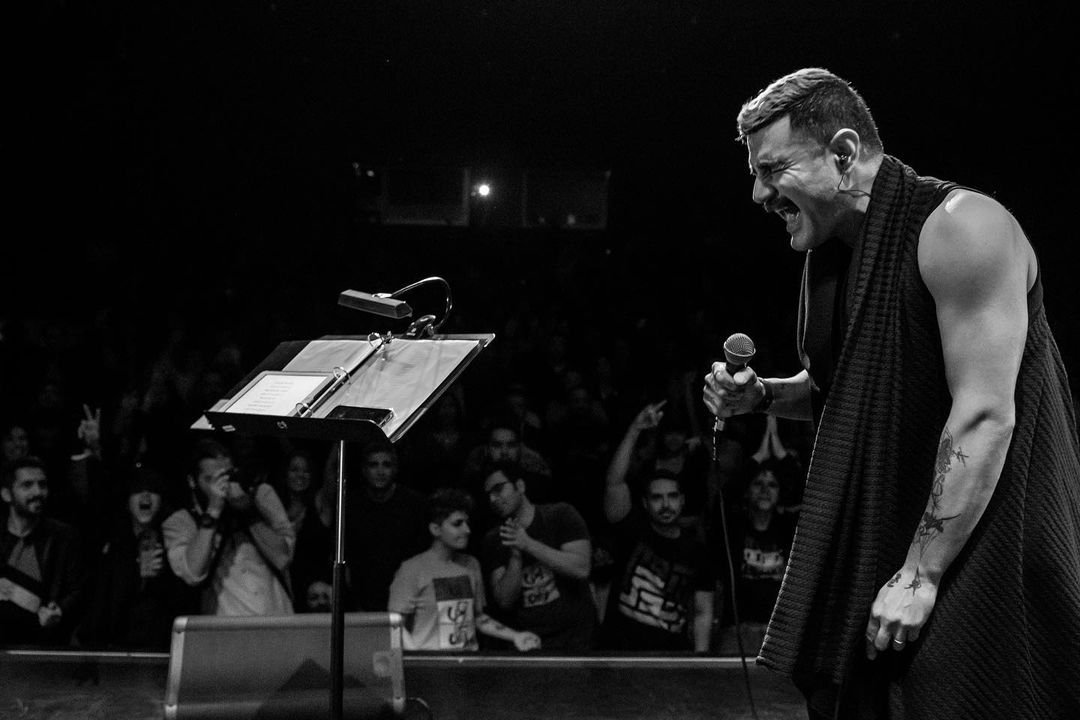 Summary of his Biography 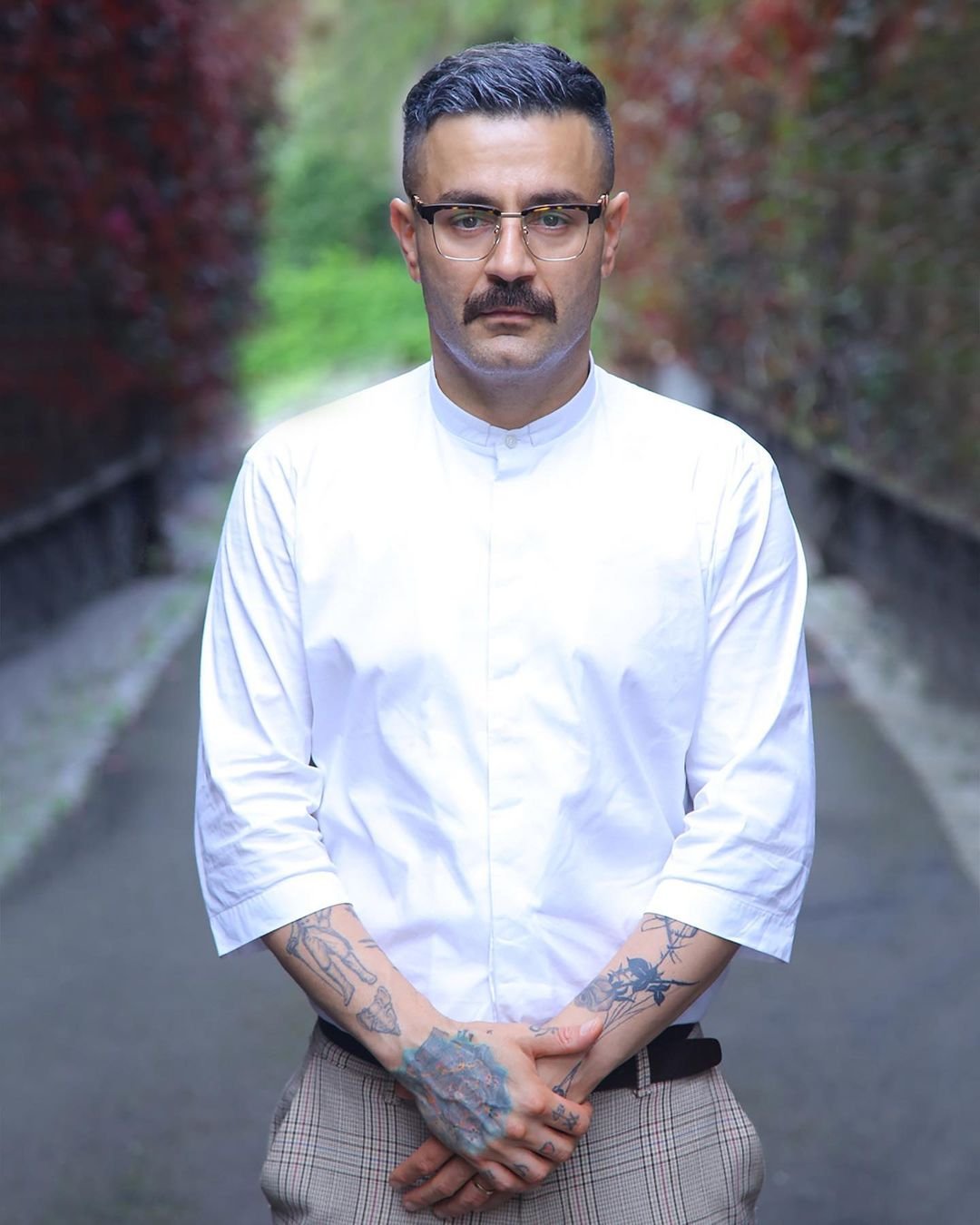 Najafi was a native Gilanite who was born in the city of Bandar Anzali around 1980. He was only six when his father died, and he later had to deal with his brother’s drug abuse. 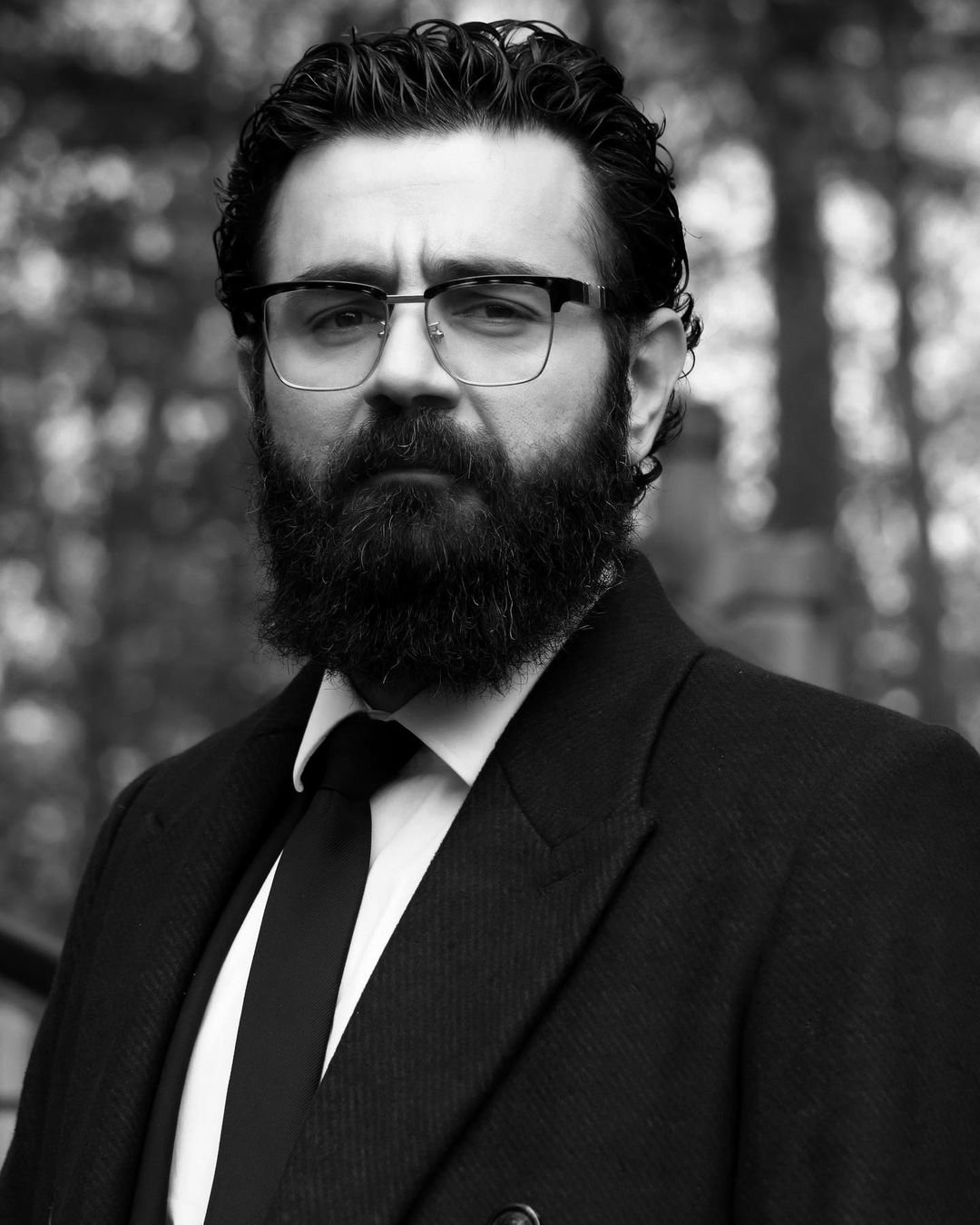 Shahin as a young boy

He recited the Quran as a teenager before turning to songwriting. At age eighteen, he began studying under guitar greatest players like Sohrab Falakangiz, Farzad Daneshmand, and Hamed Hamidi to hone his skills in classical and flamenco styles. 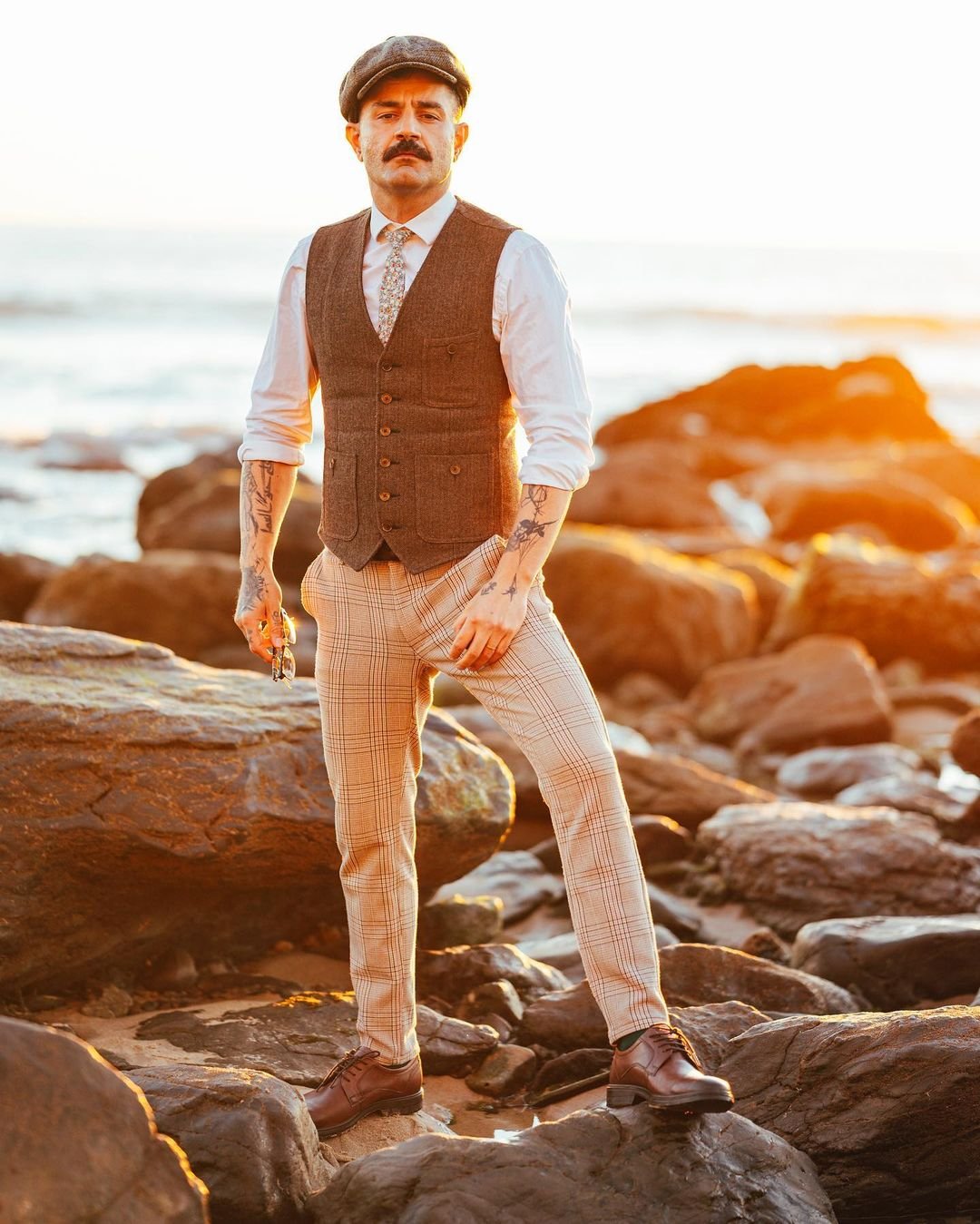 The great masters Sangachini and Fereydoun Pourreza were his teachers in harmony and solfege. Later, he began performing underground rock and Spanish music in Iran, often in tandem with other bands. 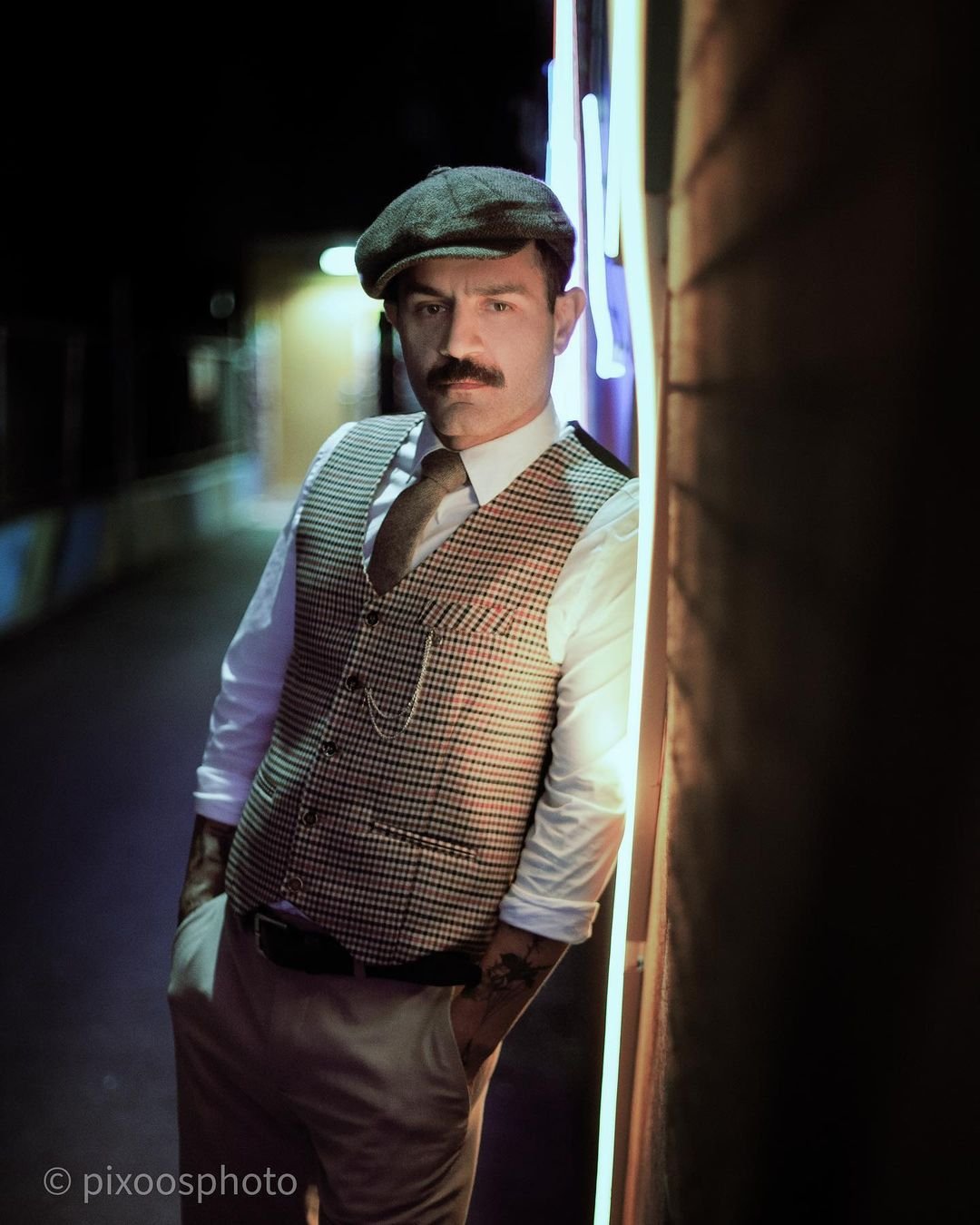 He studied sociology at the university and was not shy about sharing his thoughts with his peers. As a result of his actions, he was expelled from school for breaking the rules. 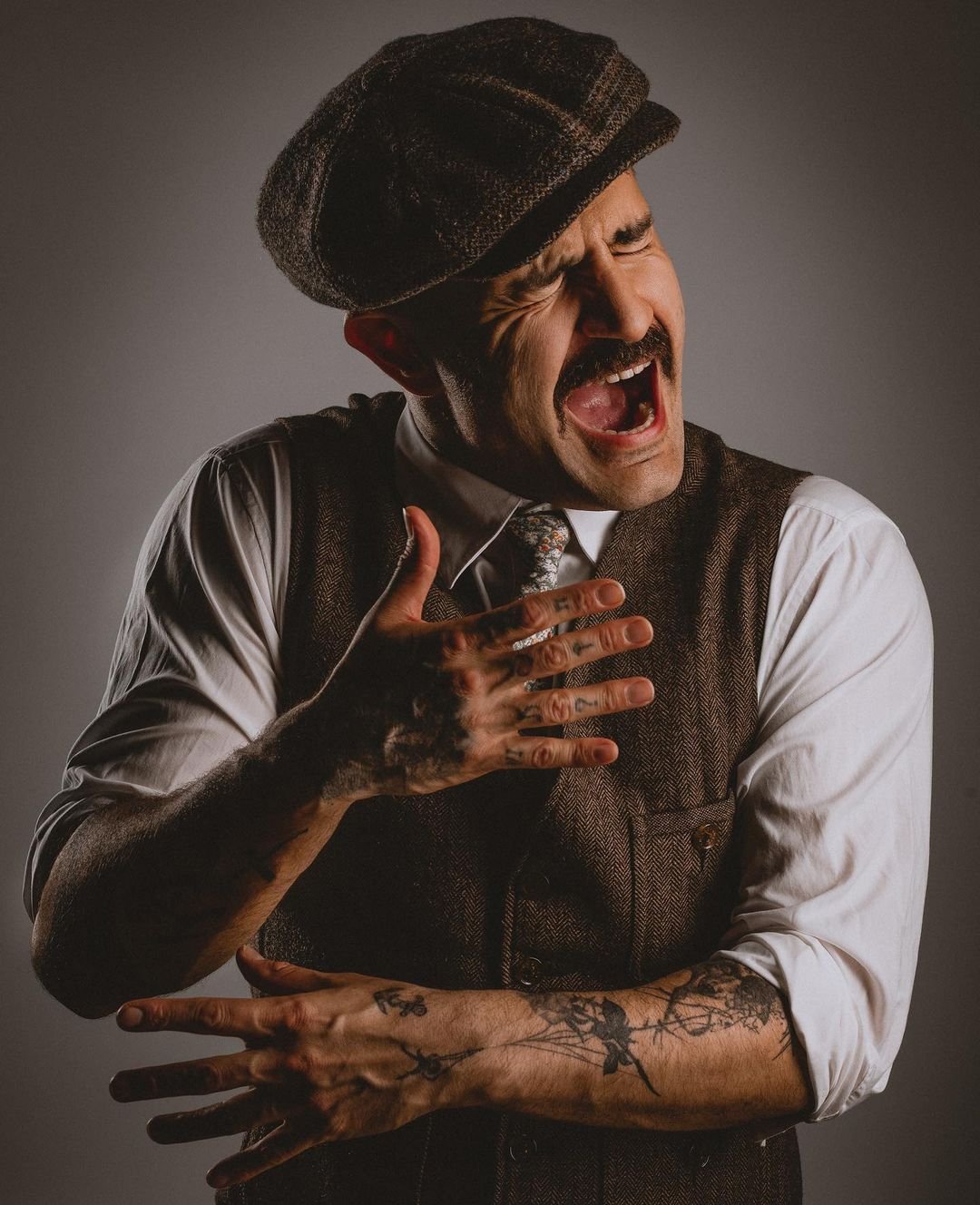 His belief in God

Najafi stated on Radio Farda that he is an atheist and does not ideologically believe in Satan or God. 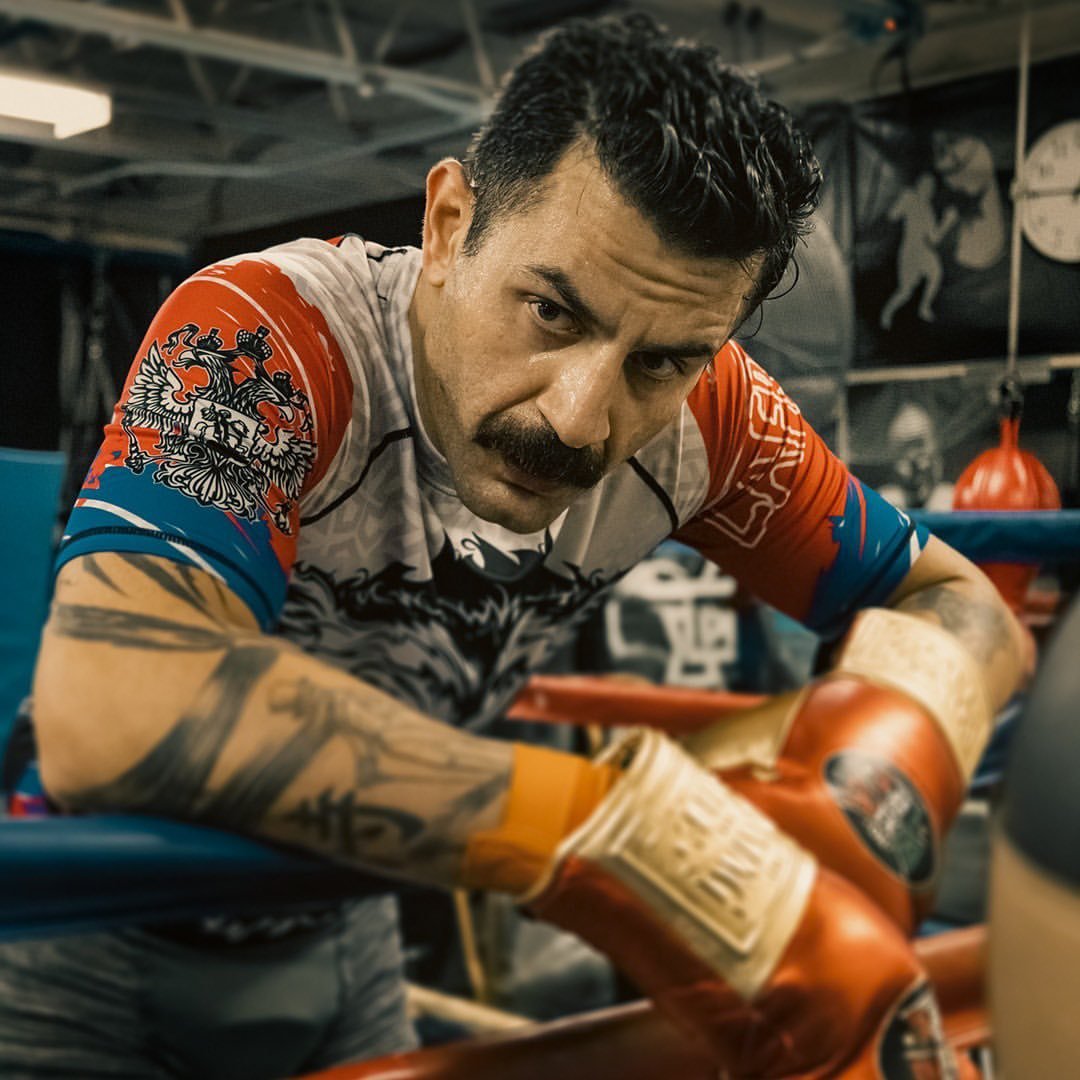 Najafi was the leader of an Iranian underground band for a short time before he and his family emigrated to Germany. He also oversaw the German branch of the “Inan” organization.

The following year, in 2012, he became a part of the Tapash group. His inclusion in Tapesh 2012 and the subsequent performance of his socially and politically engaged poetry have increased the group’s popularity among Persian-speaking audiences and the press. 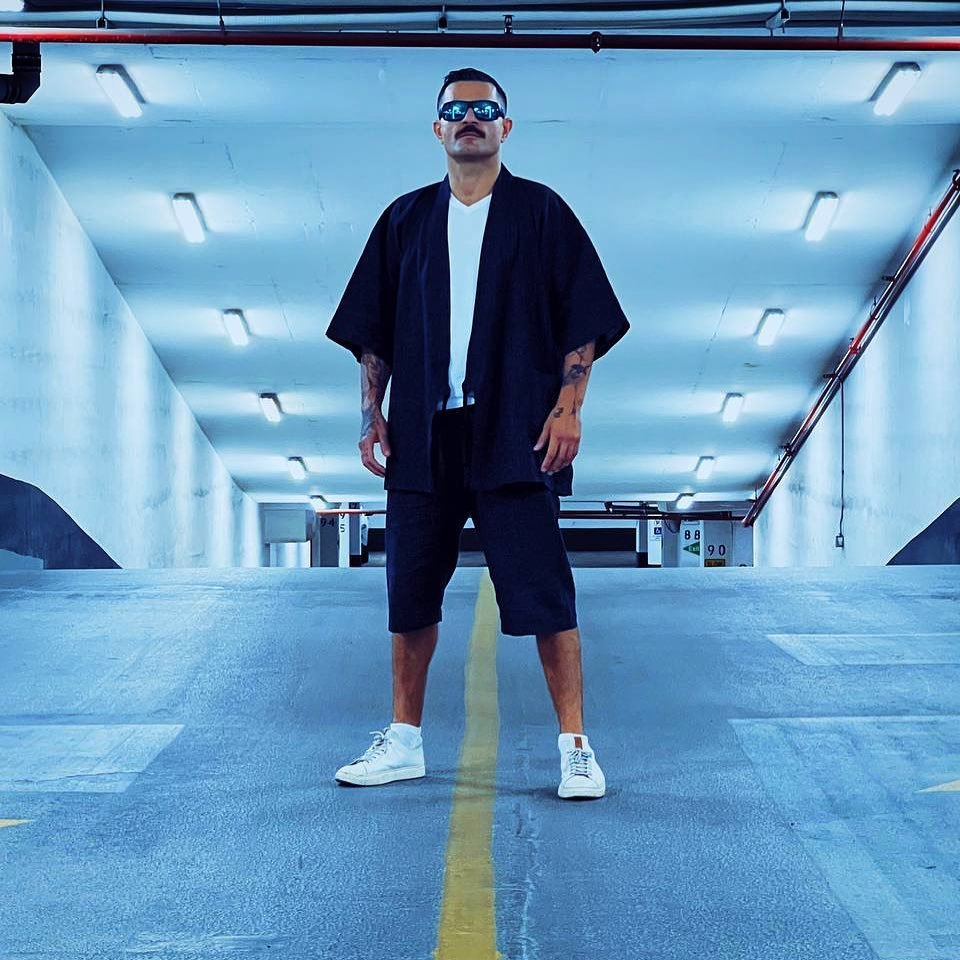 He aspires to incorporate literary and philosophical references, as well as political terminology, into his music. Politics, religion, poverty, sexism, child labor, the death penalty, addiction, and homophobia populate the lyrics of Najafi’s songs.

Shahin Najafi’s first album, “We Are Not Men,” was published by Tapesh 2012 on May 1, 2008, in honor of International Workers’ Day. Since the release of this album, he has become a prominent figure in the Persian rap scene. The album’s title and most well-known track are among its ten tracks. 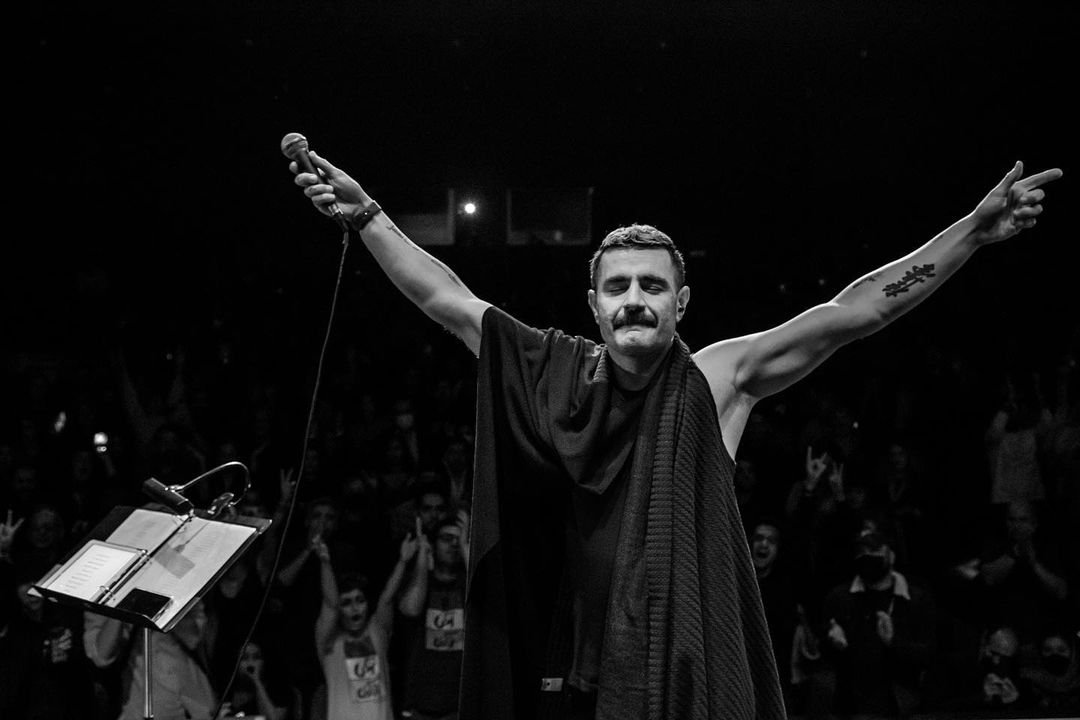 Since the start of 2009, Shahin has worked with Tapesh Group; however, their partnership ended in 2012. Several hypotheses have been advanced to explain his distancing himself from the group.

The leak of Voice of America TV’s Tarafe Ma song is a major factor. In retrospect, Omidpour Yousefi said that he and Shahin Najafi both made mistakes when they accidentally broadcast the song “On Our Side” on Voice of America TV. His band, titled Anticharisma, has been active since the start of 2010. They call themselves a “rock and blues” band, and their lineup comprises four musicians: Shahin, Babak Khazaei, Armin Mostaed, and Pejman Afshari.

During the February Persian Rap Festival in Sweden, the trio debuted their rap and rock performances, where they were well greeted.

Artist Shahin exhibited works in response to the 10th presidential election, which took place on June 22, 2008. To that end, he dedicated the 2008 song, Neda, to Neda Agha Sultan.

In addition, on September 28, 2008, he had the Iranian-German publishing Palms release the album Tavahom. Several tracks on this album deal with the demonstrations against the Islamic Republic’s government and the aftermath of the June 22, 2008, elections.

Najafi made the following pledge to himself in an article titled:

“I will not cut my hair until Iran’s independence. From this hour until my land is what the people wanted, i.e., the creation of a government and a state where religion and religious people do not interfere in political affairs (secularism), I pledge to myself that I will not cut my hair again.” 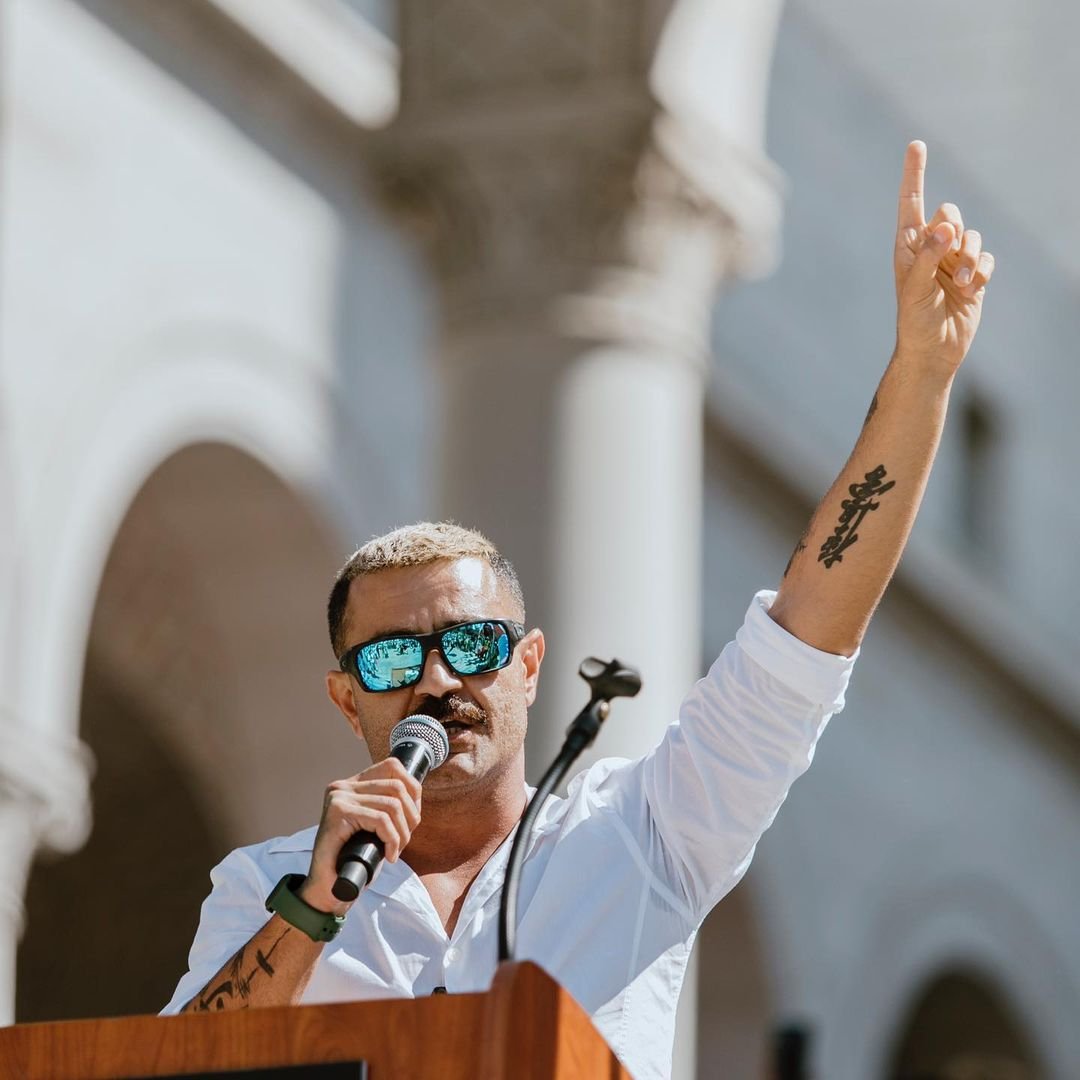 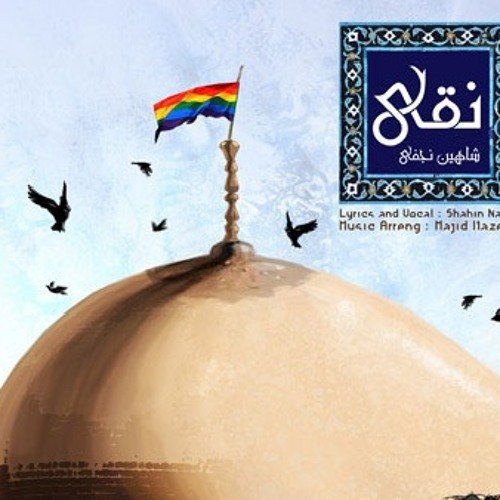 Singer-songwriter Shahin released a socially conscious ” Naghi ” song in 2011. Najafi himself received death threats (terrorism) from Muslims for writing a song that they deemed offensive to Shiite imams’ fans.

Najafi sings this song to Ali Naghi, the 10th imam of the Shiites, and gives a scathing assessment of the current state of affairs in Iran’s society and government. Najafi swears Ali Naqi out in the song “Naqi” and challenges him to a debate on several topics, including sexual matters, before demanding Ali Naqi’s presence.

Though the referendum response was not attributable until after the release of Naqi’s song, some government-affiliated websites, including Fars News, have labeled him an apostate based on this fatwa.

Since then, a group calling themselves “soft war officers” and “Hizbollah activists” has claimed they are plotting Shahin Najafi’s murder by the fatwa mentioned above.

On May 21, 2011, in response to criticism of his new song, Shahin told BBC Persian that he had no intention of offending the Shia imams and had only used their names for artistic and social purposes. He claimed that he is excluded from the scope of the fatwa and that some Iranians have exploited it politically and religiously.

A prize for the murder of Shahin Najafi

The support of the German government for Shahin Najafi

In a statement released on June 16, 2012, the Human Rights Commission of the German Parliament voiced its support for Shahin Najafi. There was also a statement published at the same time in support of Najafi by German writers and artists.

The German Academy of the Arts posted the full text of this statement on its official website. Famous cultural figures whose signatures appeared on the letter included Nobel laureates and authors such as Güntergrass and Alfriede Jelinek. According to Shahin, he was initially scared after the news of his apostasy was published.

Still, after hearing that the German police would support him, he returned his attention to music production. After some time passed, he put out a song titled “Standing to Die,” which reflected his current situation.

His website was attacked by the “Cyber Army of Virtual Jihad” in April of 2009. In response to this injustice, he wrote and performed a song titled “hack,” which asks, “Are you hacking me?” Huh?!”

In October 2015, a religious person hacked his personal Instagram page with half a million followers, rendering it inaccessible for an entire day before replacing it with a new page. 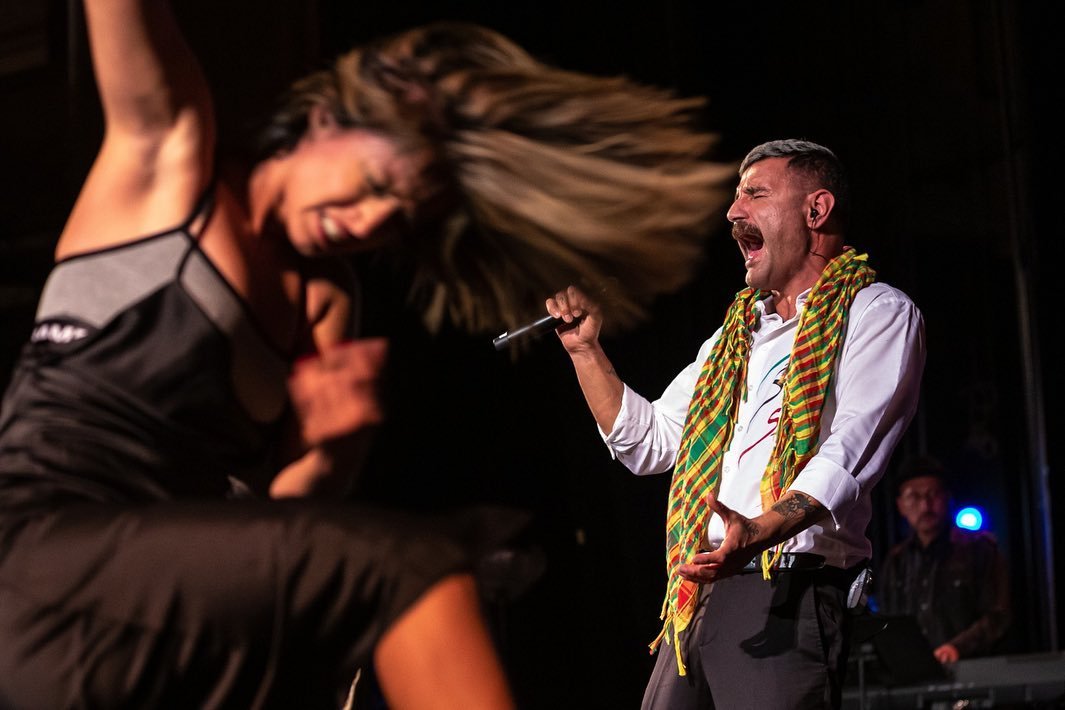 Najafi has taken his musical and protest activities live on various political and social occasions, including solo performances and concerts. The meeting was called the “Peace Conference,” and it took place in Essen, Germany, in October 2008.

His concert tour has taken him worldwide, including the United Kingdom, Austria, the Netherlands, Canada, the United States, France, Germany, Israel, Sweden, and many more countries.

Abashohda, a jihadist website, urged Muslims in other nations to attack Najafi’s performance venue and threatened to do it themselves in May of 2014. Nonetheless, Shahin claimed that the performances had the backing of the security forces.

A nude presence in Toronto concert 2014

Although he did not strip completely naked, Shahin did remove some of his clothes during his Toronto concert to show solidarity with the non-Iranian musicians who did so. In response to his actions, people had both positive and negative feedback.

The BBC news channel said that this was done in protest of the stripping of inmates in Ward 350 at Evin Prison. A few years later, however, on the BBC’s Blue Crystal program, Shahin Najafi denied the incident ever occurred, claiming that he was stripped only over concerns of appearance and productivity. Moreover, he called the BBC to protest the show for airing false information. 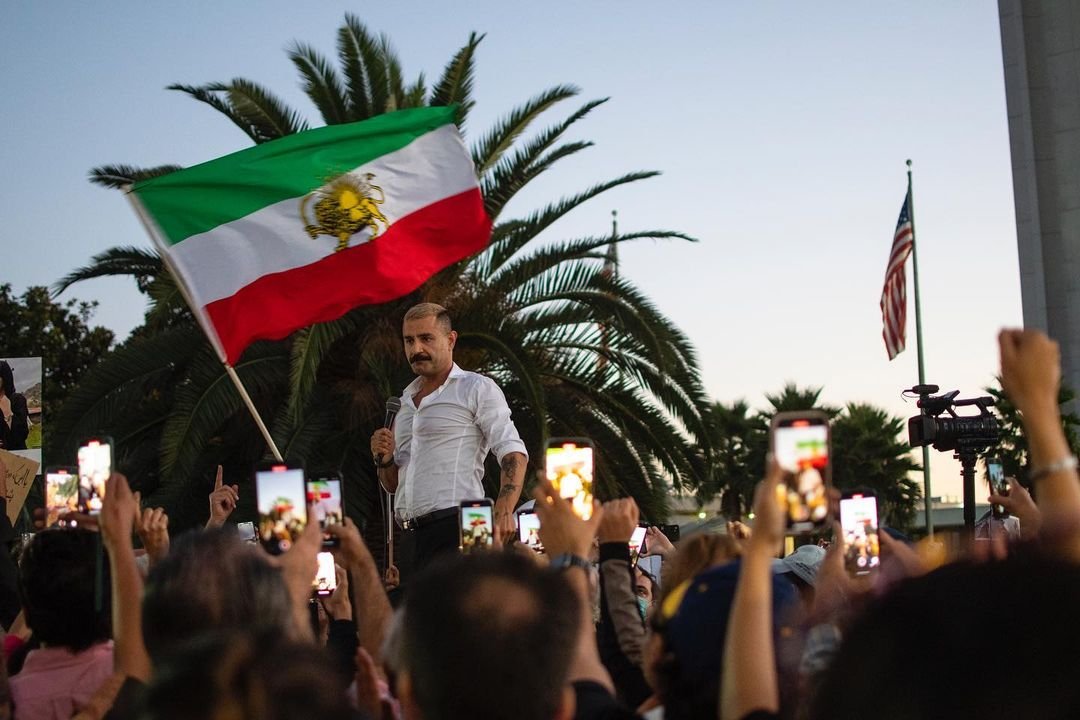 Najafi, in his statement, referred to these individuals as “drowsy,” “passive,” “taking a begging bowl,” “political-artistic ostracism,” “becoming a seat mat,” and “rubbing their holes until political orgasm” characteristics.

Some of the most well-known people in the country were present, including Mahmoud Dolatabadi, Loris Cheknavarian, Shahram Nazeri, Masoud Kimiaei, Tehmine Milani, Bahman Farmanara, and Rukhshan Bani-e-Etamad.

In Tel Aviv, Israel, on February 2, 2017, Najafi performed alongside Blackfield Music Group. The group’s lead singer, Aviv Geffen, and Shahin referred to each other as “brothers” during their performance. At the concert’s conclusion, he let Shahin Najafi deliver a scathing message to the crowd directed at Israel and the United States. In a message delivered to the White House, Najafi called on Trump and Netanyahu to end the war, wall construction, and the partition of countries. He characterized the collaborative performance as a step toward achieving world peace.

“When God Sleeps” is Najafi’s autobiographical first book. In 2014, Kiwi Publications released a German edition of this book. Along with the album, he also published a book of poetry. 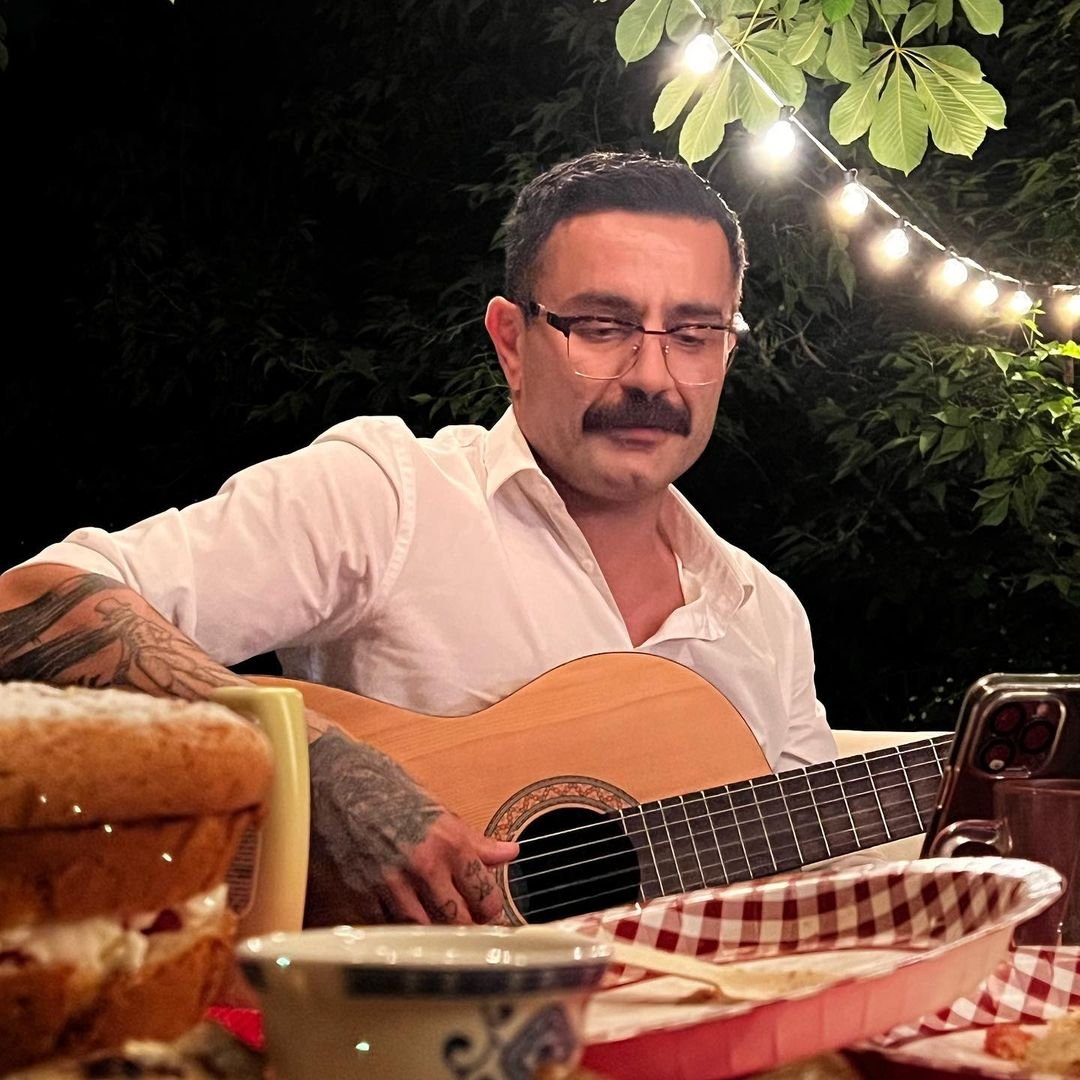 Till Shawder and Sara Nojomi’s “When God Sleeps” is a biopic based on Shahin Najafi’s life that combines narrative and documentary filmmaking elements. Shahin plays the lead role and is the film’s main attraction.

The Hollywood Reporter included it in their list of the top 23 films you must watch at the Tribeca Film Festival. This 88-minute film is made in Germany, Farsi, and English.

Also, it is set against the backdrop of the terrorist attack that occurred in 2015. The film focuses on aspects of Shahin’s life, the apostasy fatwa, and the difficulties of living in its shadow. 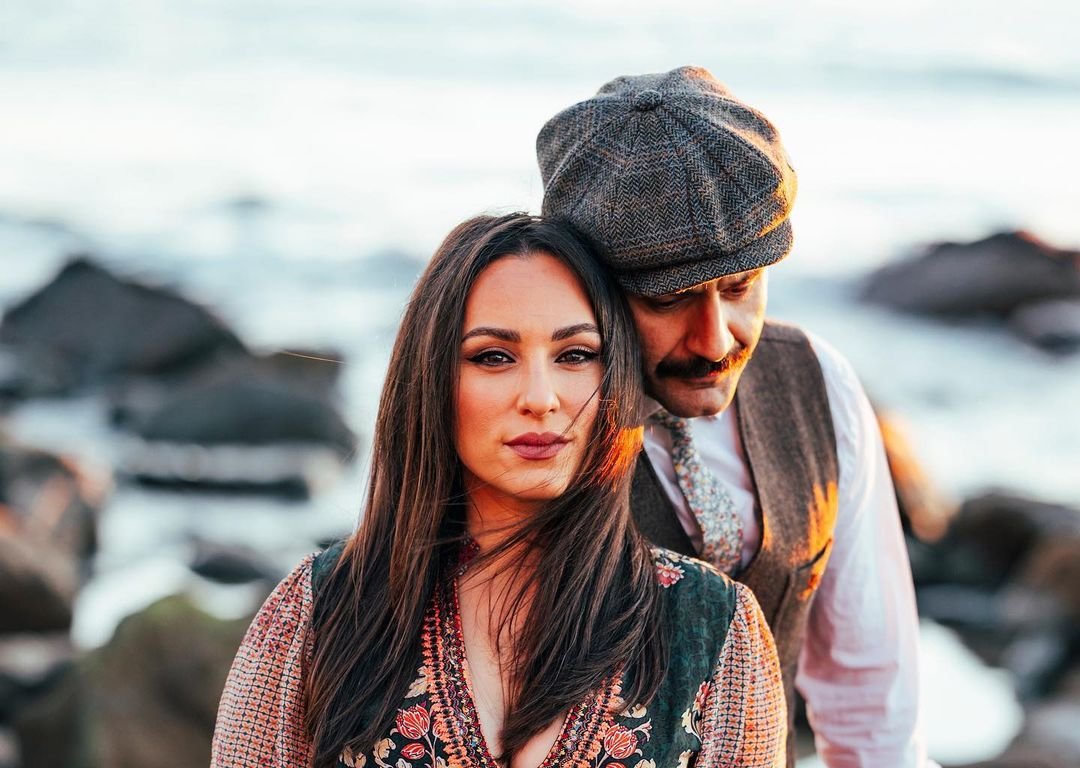 At the 2017 Berlin Film Festival for Peace, “When God Sleeps” was chosen as the year’s best documentary.

“As a means of actualizing sexual harassment, his language often contains sexist, anti-feminist, and anti-LGBT allusions.” Also, according to Godarzi, Najafi makes everything good by making evil an unquestionable institution.