Voria Ghafouri was born on the 29th of Shahrivar 1366 in Sanandaj. In this article, we look at the life of this famous football player. Stay with us. 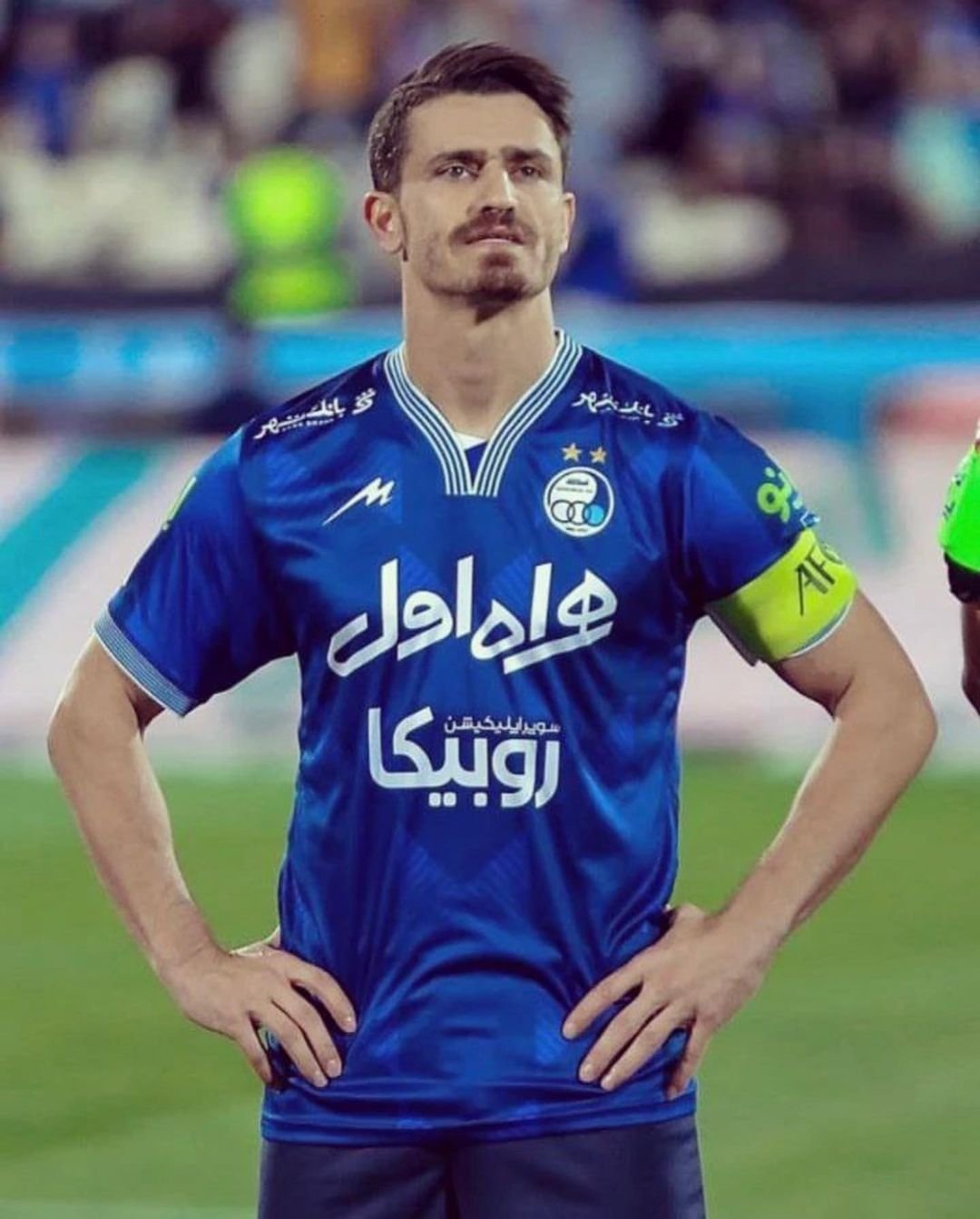 Voria Ghafouri, the former captain of Esteghlal Tehran, was born in Sanandaj, Kurdistan province. His father gave him this Kurdish name which means “alert and smart.” Voria grew up in the Muark Abad neighborhood at the foot of Abid Mountain in Sanandaj.

Since Ghafouri’s father did not put much effort into his education and ran into many problems, he strongly discouraged his son from pursuing football as a career path. Voria’s entry into professional football was motivated by his passion for the sport and his drive to achieve financial freedom.

Voria Ghafouri has a history of playing in a big team like Sepahan Isfahan in his career and was one of the favorite players of Esteghlal team. Also, he is one of Iran’s Sunni footballers. 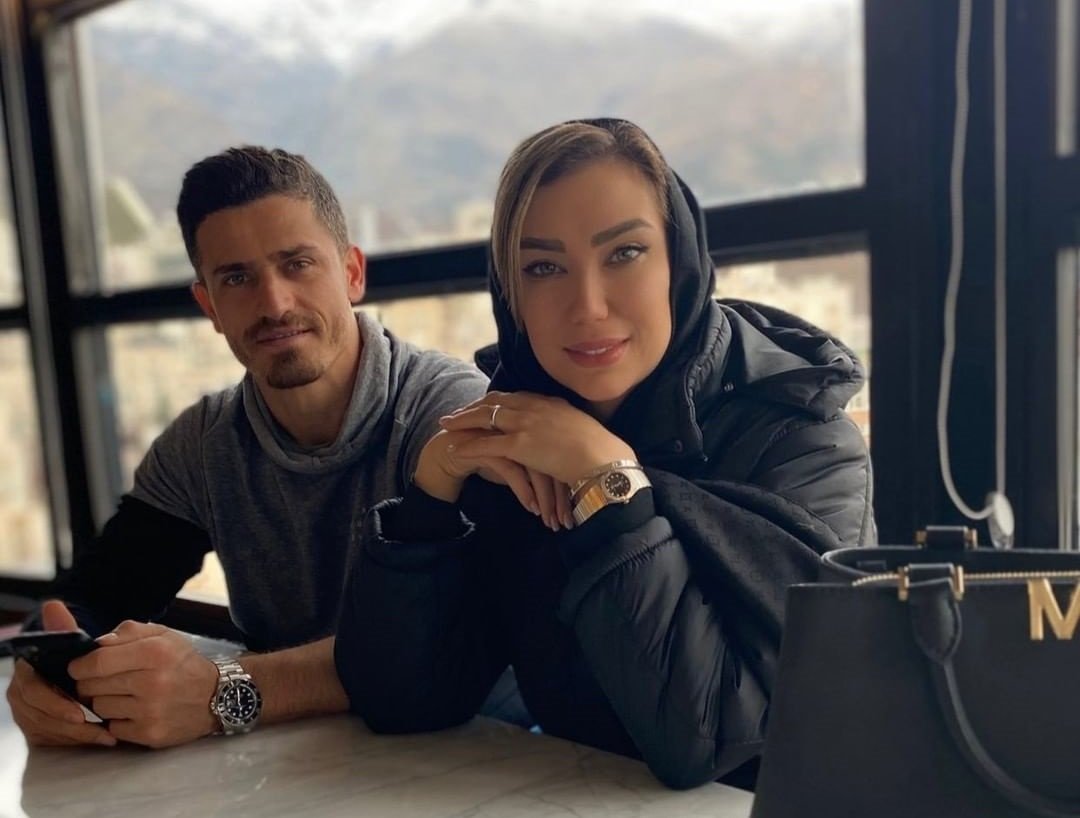 Voria is married, and his wife is Mona Ardalan. He has a son called Radin and a daughter named Barin. He wants his son to play football and has shown a keen interest in him. 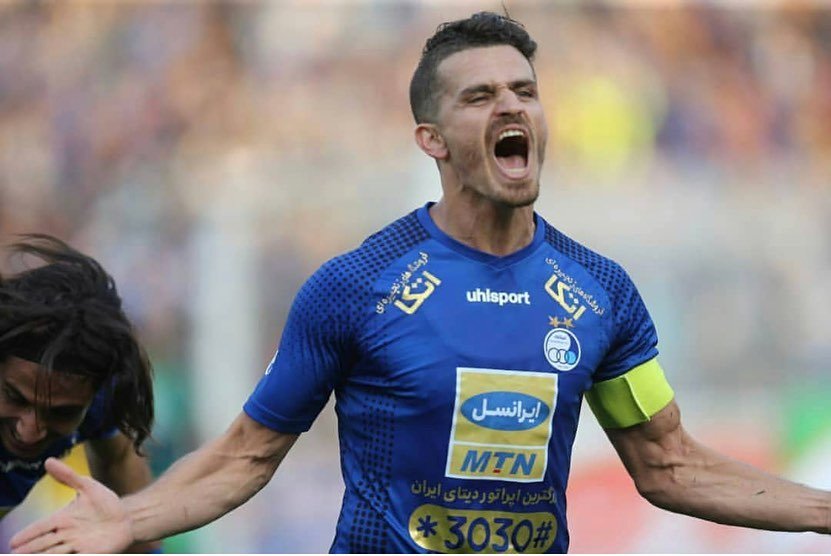 Voria started football as a beginner in Tawheed Sanandaj youth team. Soon after, he joined the Asnaf Qorveh team and played for this team. Unfortunately, while he successfully passed the Peikan youth exam in Tehran in 2002, he could not stay there owing to a housing shortage. 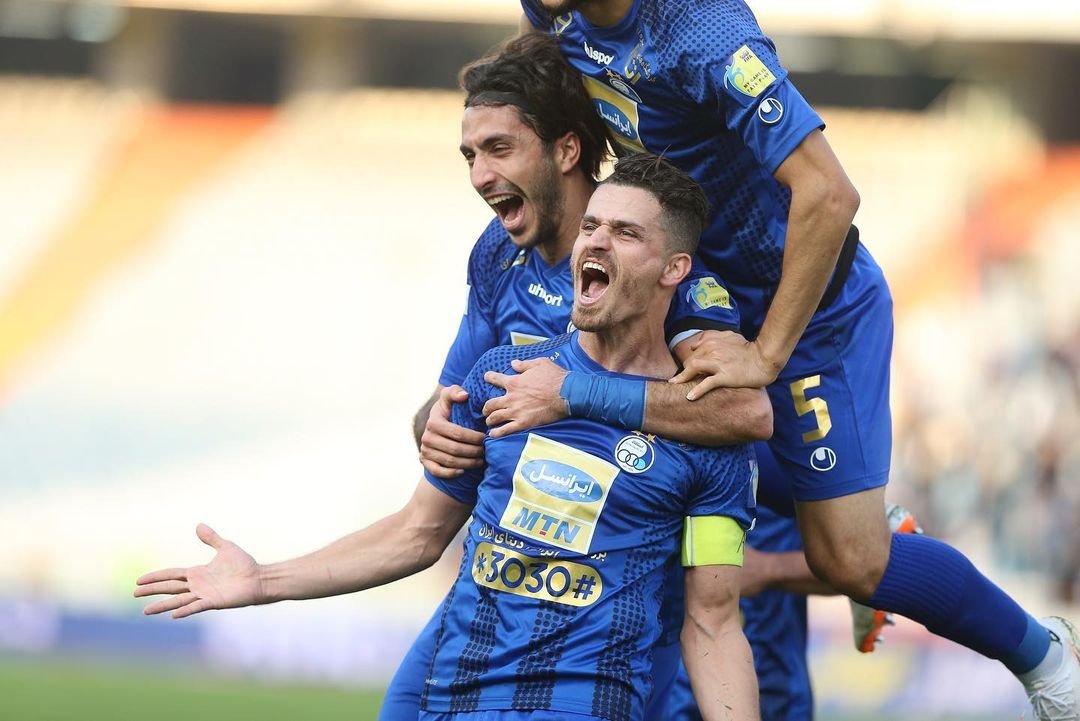 Voria Ghafouri participated in the Asian Games as a national team member in 1983 despite the lack of a formal squad. In the same year, he became a member of the Pas Club at the Omid and Youth levels.

In July 2014, Voria signed a two-year contract with Sepahan Club.

Ghafouri joined the Esteghlal team with a two-year contract at the beginning of the summer transfer season of 2015-2016.

Voria Ghafouri did not perform well that season, faced many injuries, and was on the bench in most of the games. As a result, there were rumors that he was on the reserve list and won’t return to Esteghlal for the next season.

In the 2016-17 season, with the presence of Winfried Shafer in Esteghlal, he became an effective piece and scored his first goal for Esteghlal in the game against Sanat Naft Abadan. But his shot hit Mohsen Karimi, and the goal was not registered to his name.

However, in the next match against Esteghlal Khuzestan, he could score again for Esteghlal. His goal against Persepolis made him the favorite player of Esteghlal fans.

Esteghlal’s second game in the elimination cup was against Fajr Sepasi of Shiraz, and in extra time, Voria Ghafouri scored on a free kick. After that, Esteghlal scored two more goals and won the game.

Esteghlal did not have Andrea Stramaccioni on the bench from Weeks 14-16 of the 19th Premier League because of unpaid claims against Pikan, Shahin Shahidari, and Machin Sazi.

It was against Mes Rafsanjan in the first week of the new season that he scored his first goal for himself and Esteghlal.

After Esteghlal team officials did not renew Ghafouri’s contract, he joined the Foolad Khuzestan team for the 2022-2023 season. 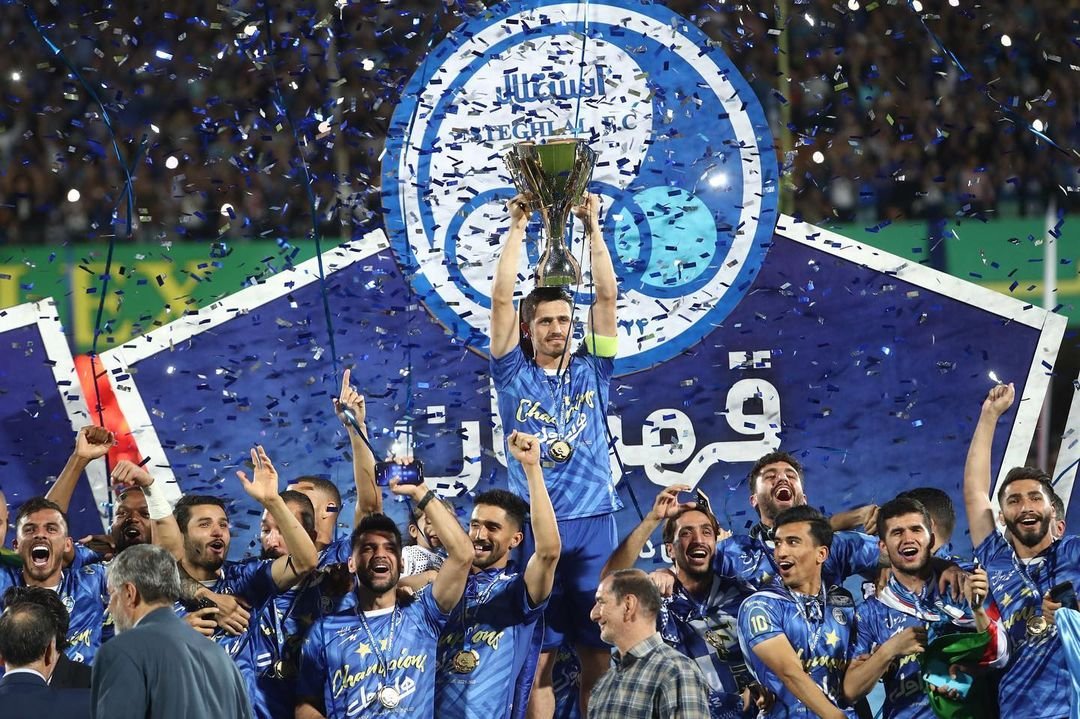 Then, a week after unveiling the first 35 members of the national team, head coach Carlos Queiroz released a list of 24 players. Eleven players didn’t cut the 2018 World Cup national team training. The names of Veria Ghafouri, Seyed Jalal Hosseini, and Kaveh Rezaei were among those who were crossed out.

The elimination of Voria at the peak of his career provoked the reaction of many people. Hence, the Asian Football Confederation condemned Iran to pay 100,000 dollars for Voria’s removal from the national team.

Voria donated the entire money to the Iranian children’s charity. As a result, he was again invited by Carlos Queiroz to the national team of the Asian Nations Cup 2019 and played in that tournament. 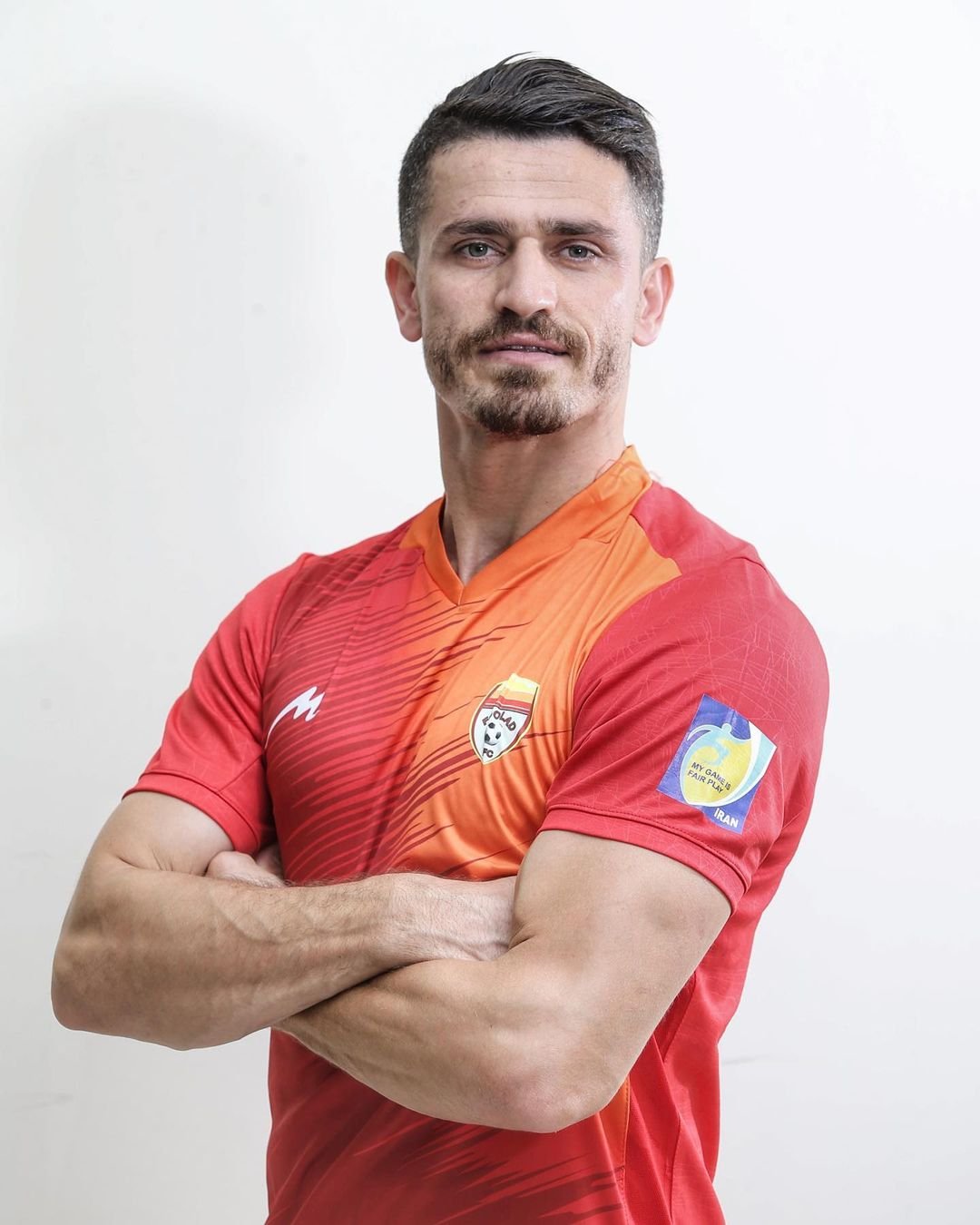 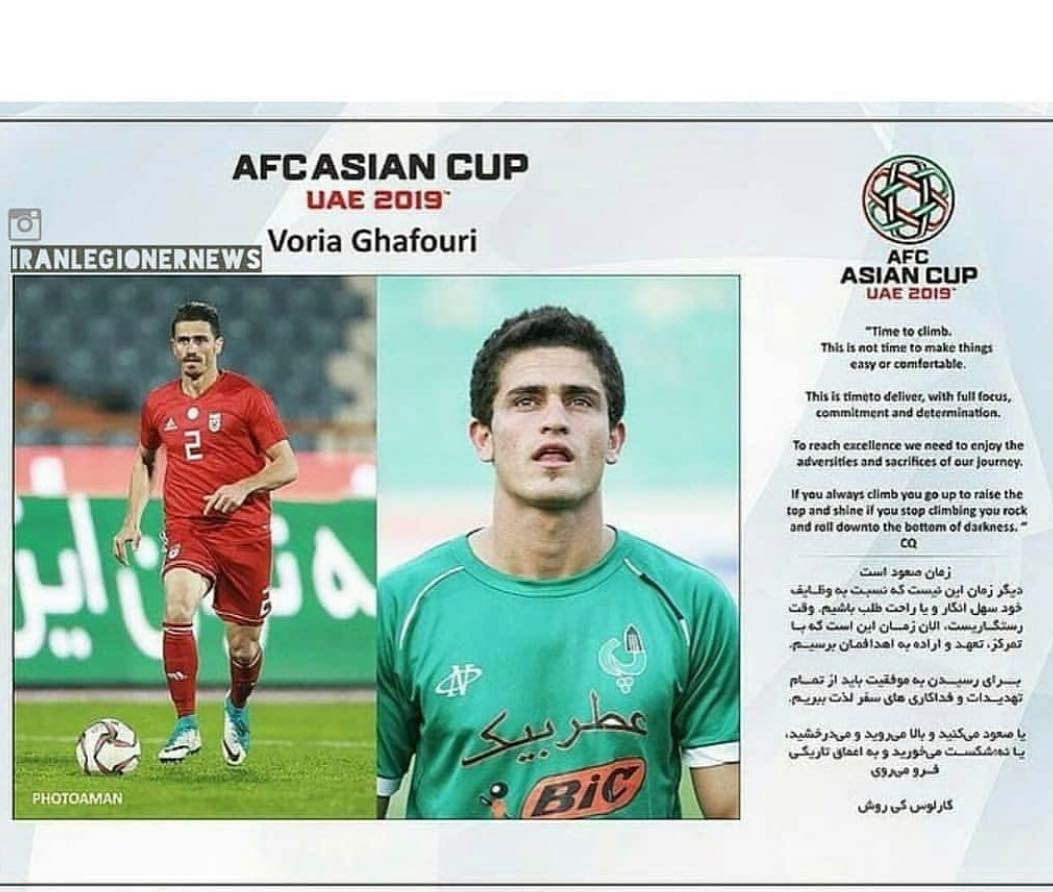 Some of his honors are as follows: 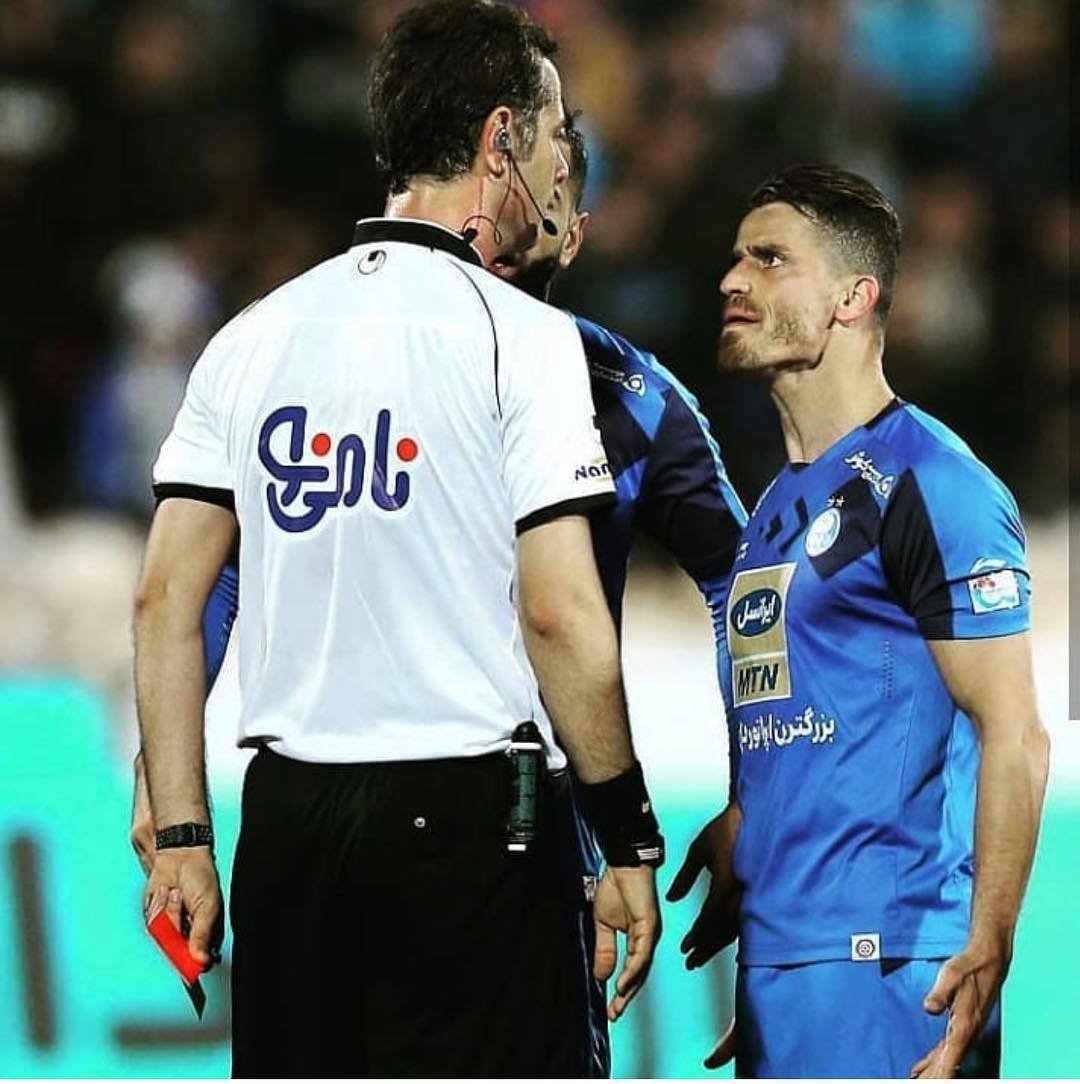 Voria Ghafouri publishes critical stories on Instagram. He criticized the words of Mohammad Javad Zarif, who said that we are proud of being pressured for supporting Palestine, and wrote: “Mr. Zarif, you say you are proud to be pressured for Palestine, Lebanon, Yemen, and Syria. Know that it is not only you who are under pressure. In fact, it is ordinary people who are under pressure.

These criticisms were accompanied by Ali Karimi defending him. Also, Seyed Ali Khamenei showed some indirect reactions. Khamenei said, “Some people who use the country’s security and do their work, sports, etc., should know that security is achieved in this way.” So let’s not forget how security is achieved.”

Hours after these words, the Ministry of Sports Security summoned Ghafouri to explain his criticisms. Ghafouri said after this summons that, he would continue to express his social concerns. 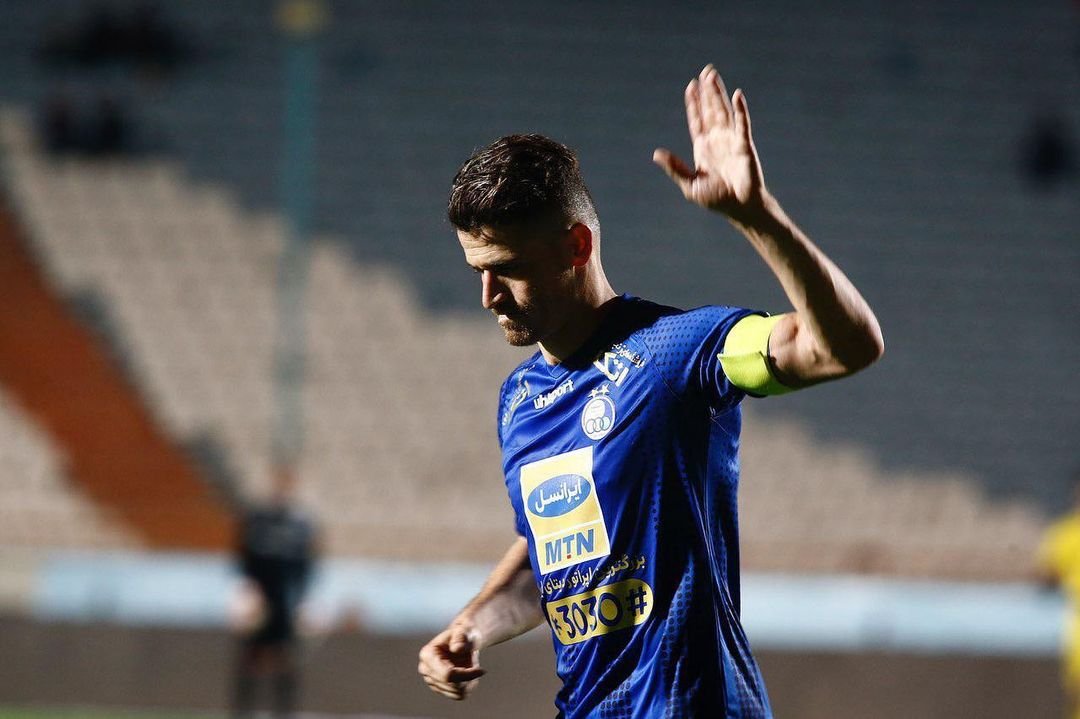 On September 15, before their league encounter against Masjid Sulaiman oil team, the Esteghlal Tehran team put a black t-shirt on their sports jersey with the words “blue girl” written in Farsi and English to respect the memory of Sahar Khodayari. Fars news agency blamed Esteghlal captain Voria Ghafouri for wearing these t-shirts. However, this move met with different reactions.

In a conversation with Ilana, he talked about his interest in politics. He stated that if he had known that politics was like a game with correct rules, he would surely have entered it right now.

It is the right of the people of Iran to live joyfully,” Ghafouri stated after an Esteghlal game versus Khuzestan Steel in May 2022. He voiced sympathy for public rallies, particularly in Khuzestan, and asked, “Aren’t the authorities ashamed to witness this situation?” 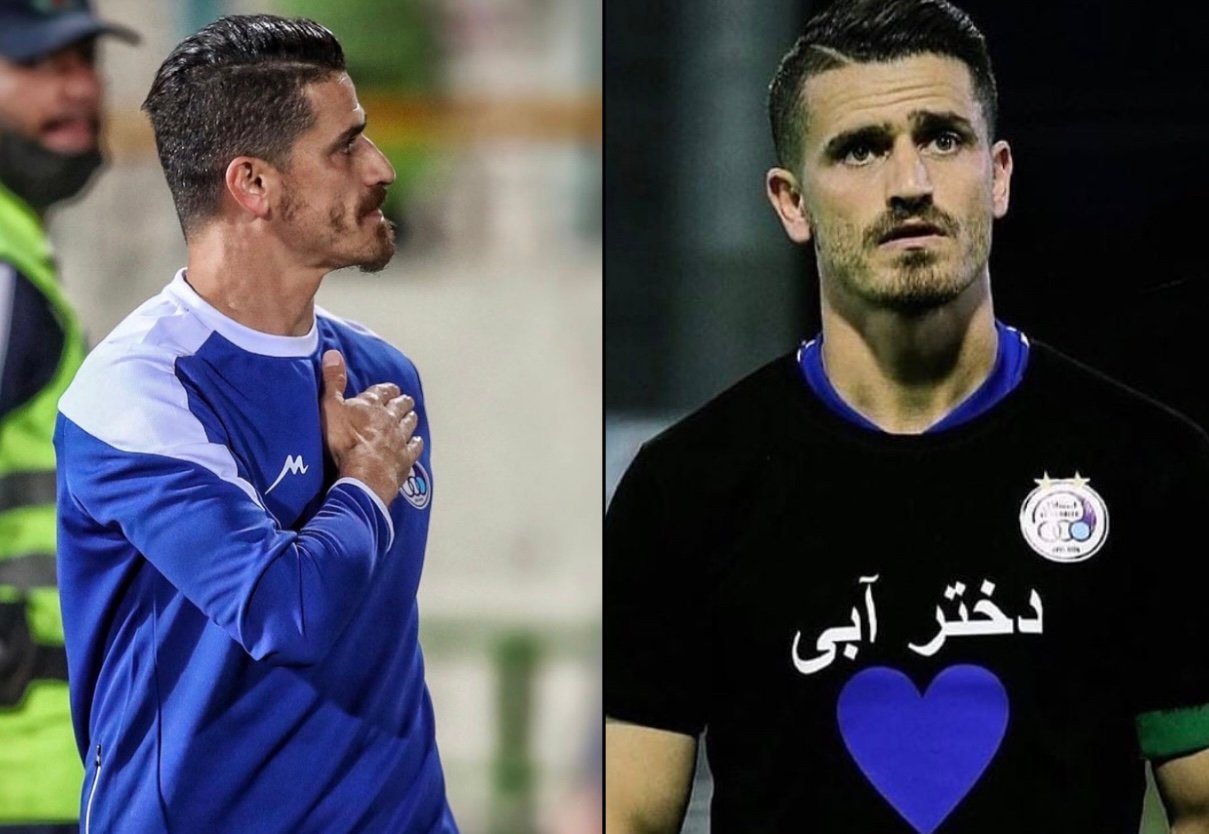 Reaction to the murder of Mehsa Amini

In reaction to the murder of Mahsa Amini by the Irshad patrol officers, Ghafouri published a story with the text of a poem by Farrokhi Yazdi on her Instagram page. Immediately after this, his Instagram account was unavailable. In response to the repression of the Kurdistan people, he posted a story on Instagram and wrote: “Stop the killing of the Kurdish people.” 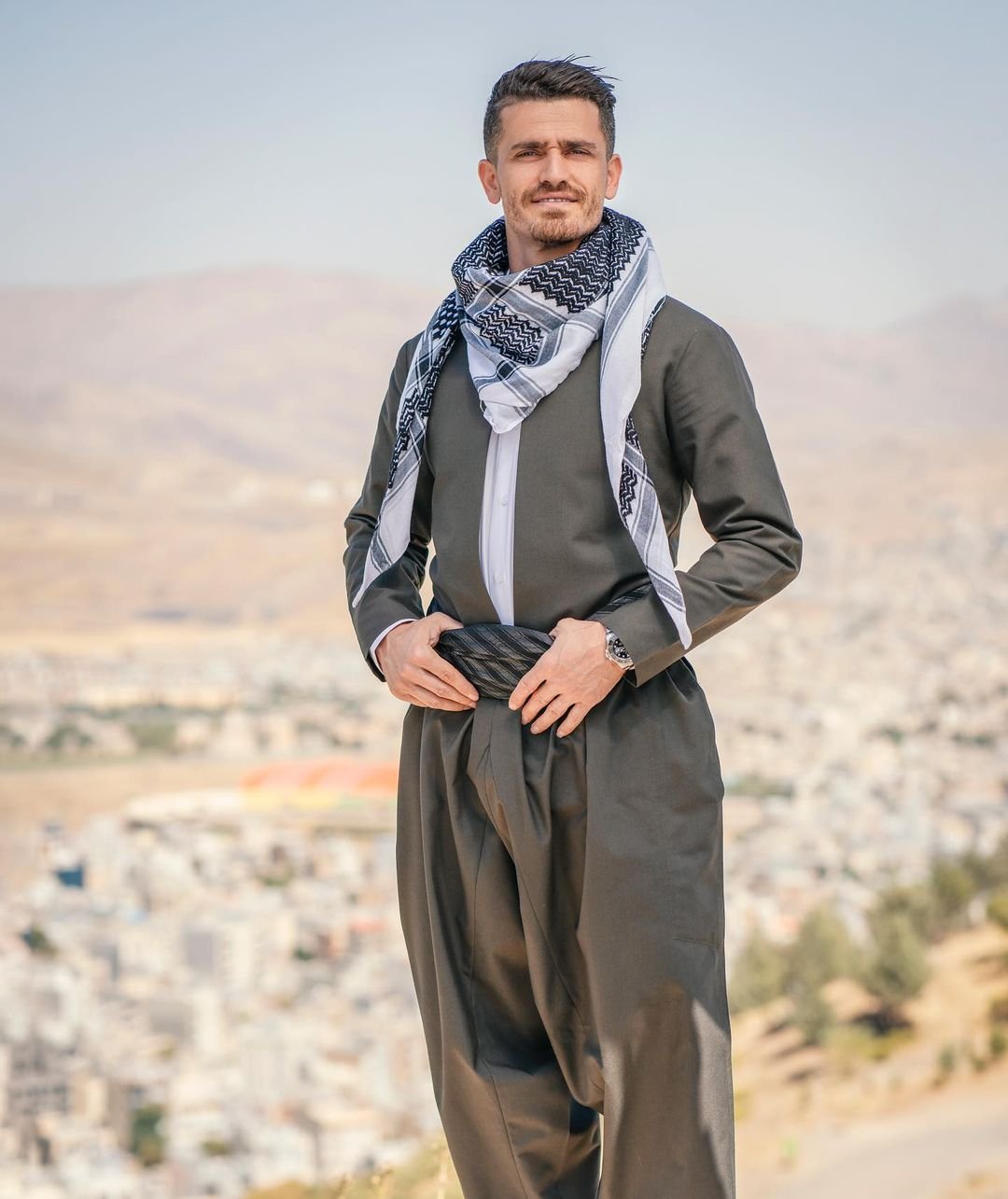 Ghafouri was arrested on November 24, 2022. Hamidreza Gershasbi, the CEO of the Football Club of Khuzestan, resigned one hour after the news of his arrest was made public. After his arrest, Mona Ardalan, his wife, said, “Don’t ask me what’s going on!?… Nothing is important except Iran.” Ghafouri was released from prison a few days later after giving bail. 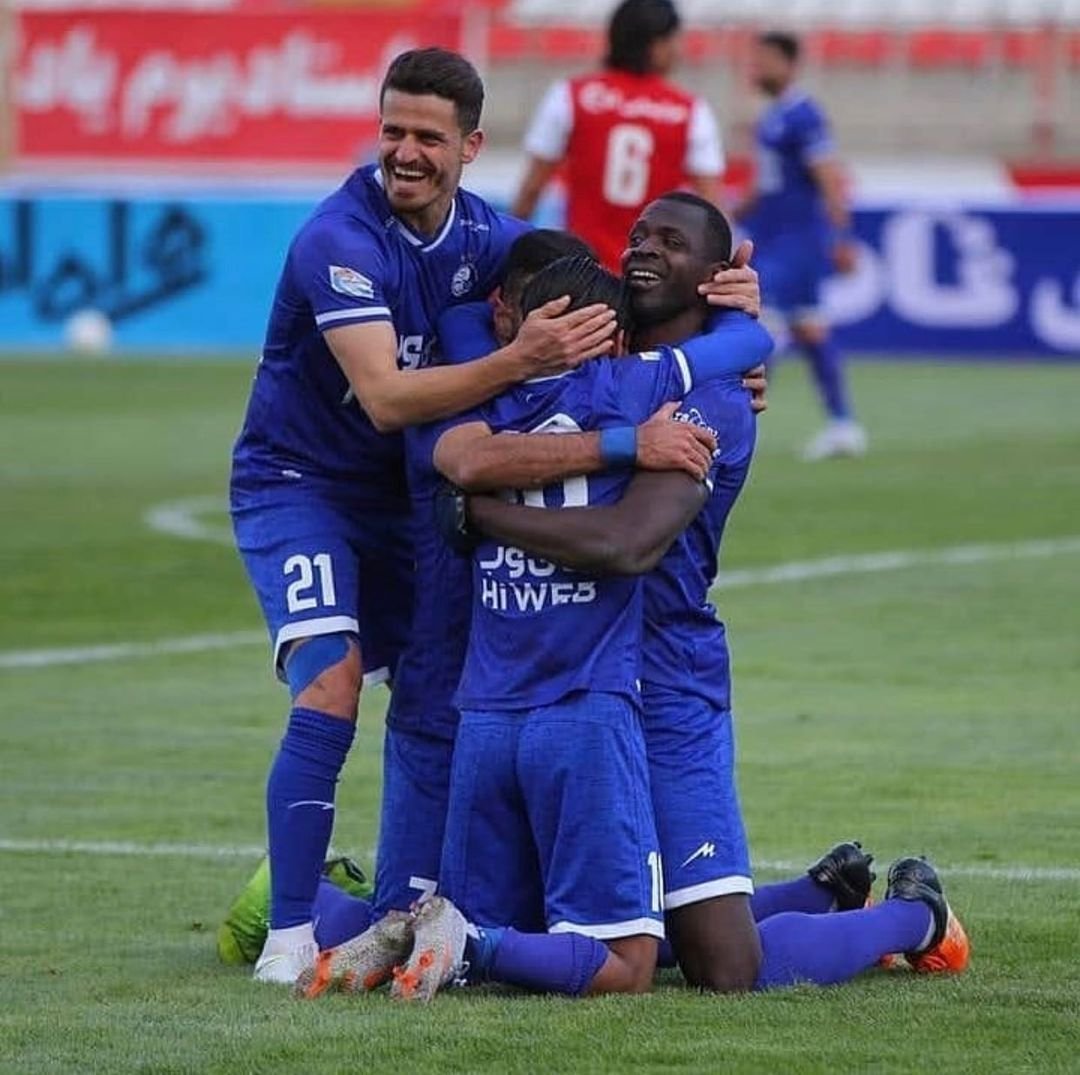 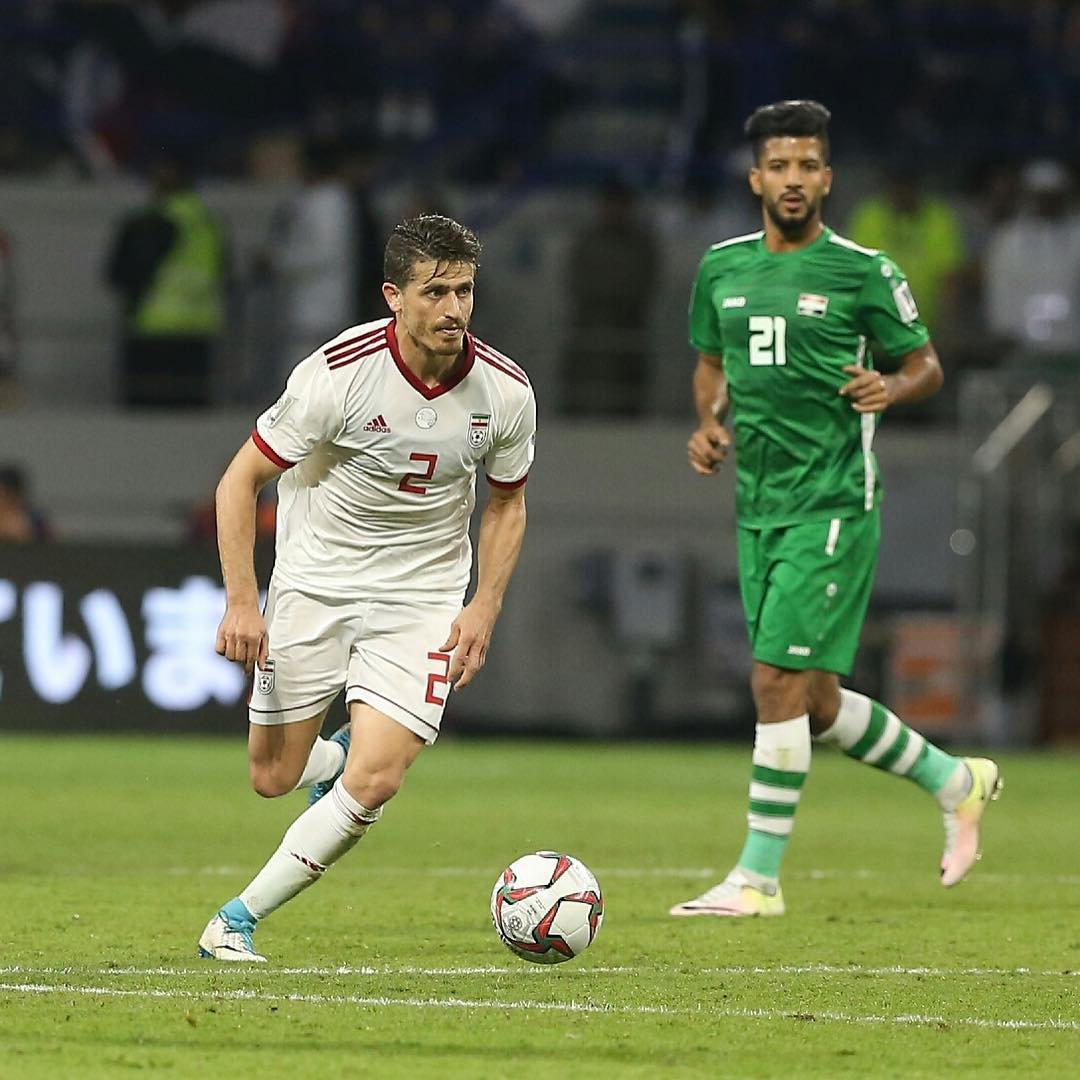 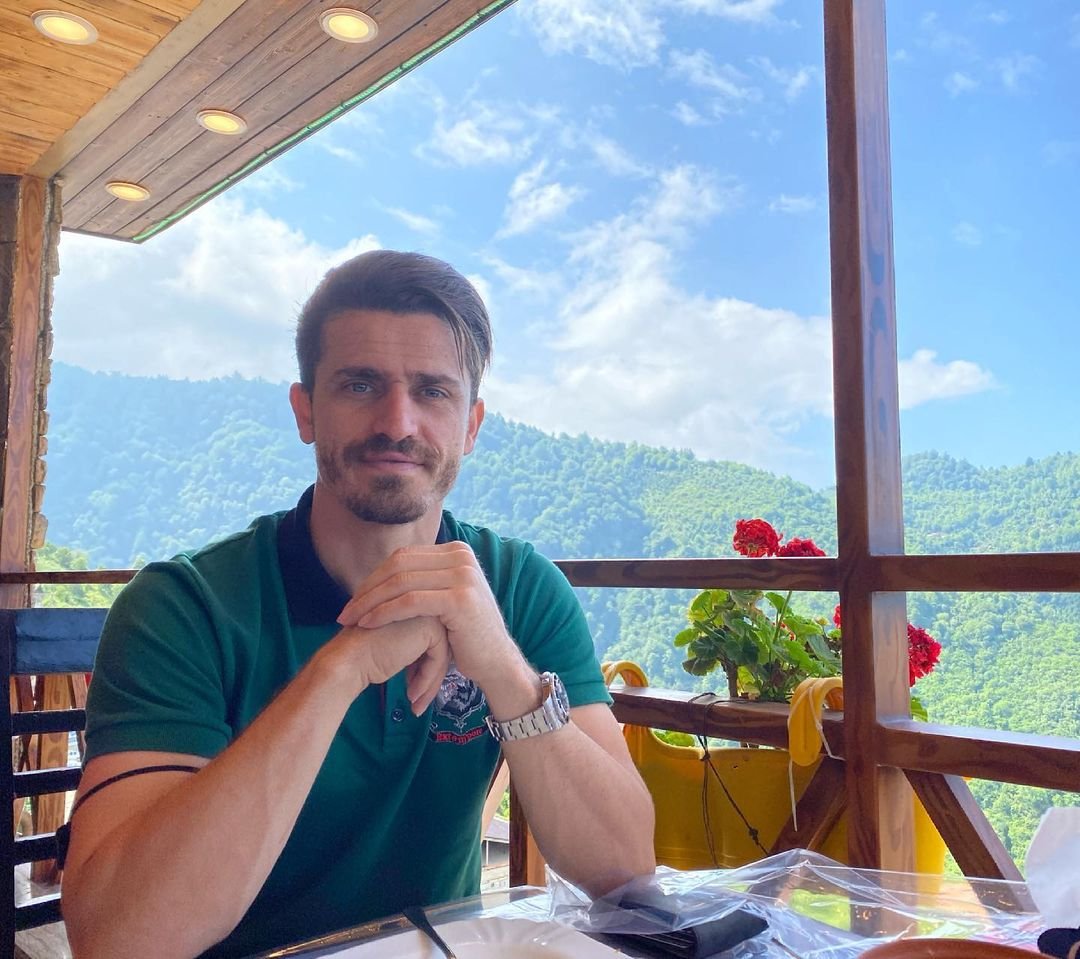 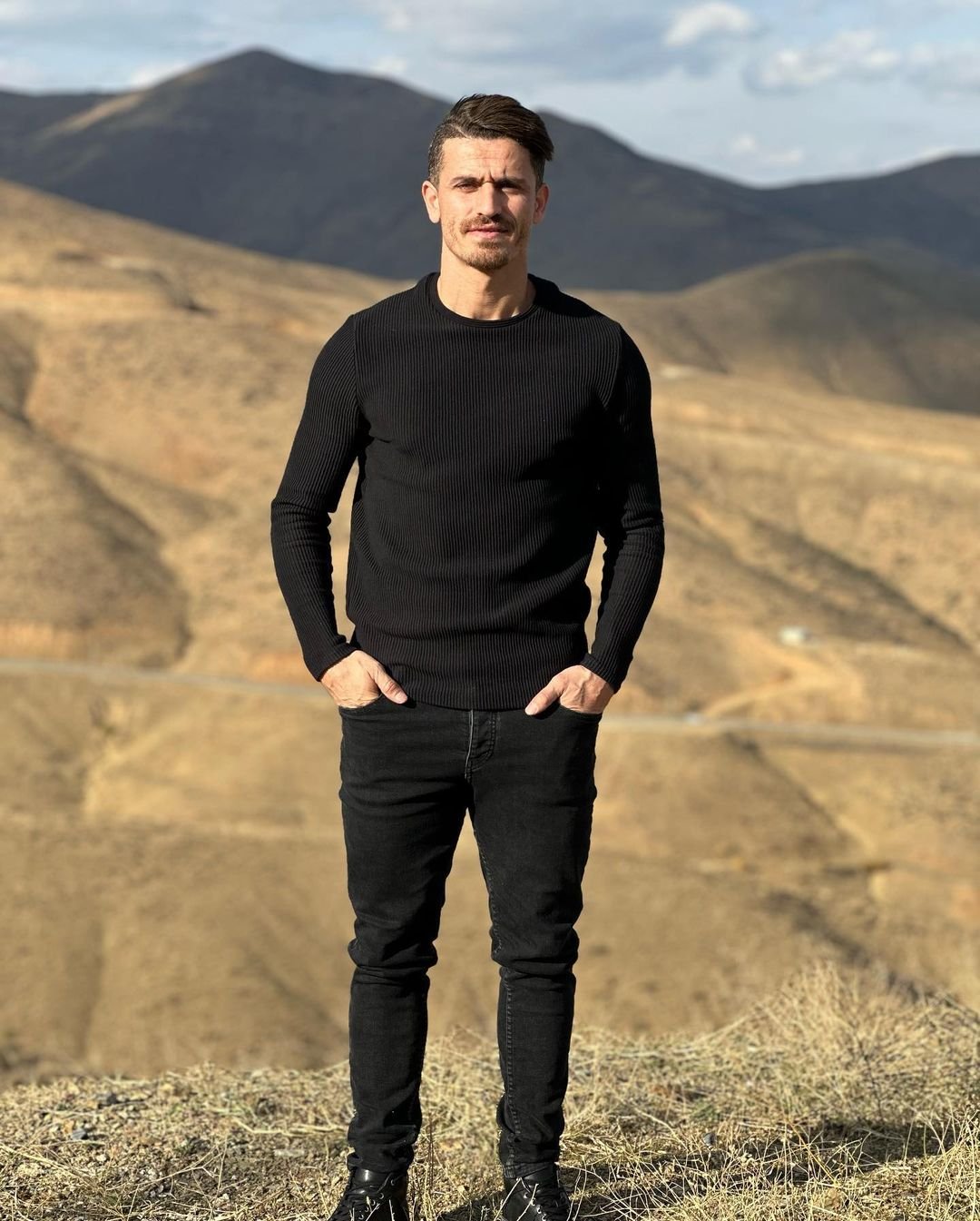 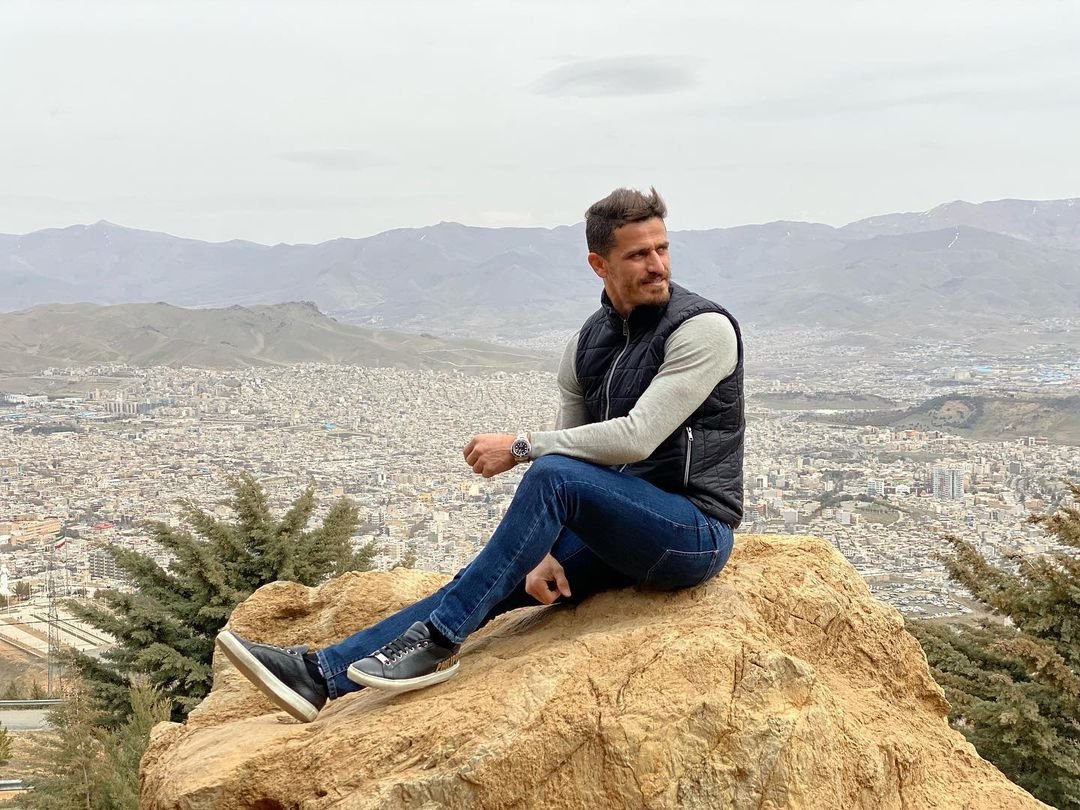 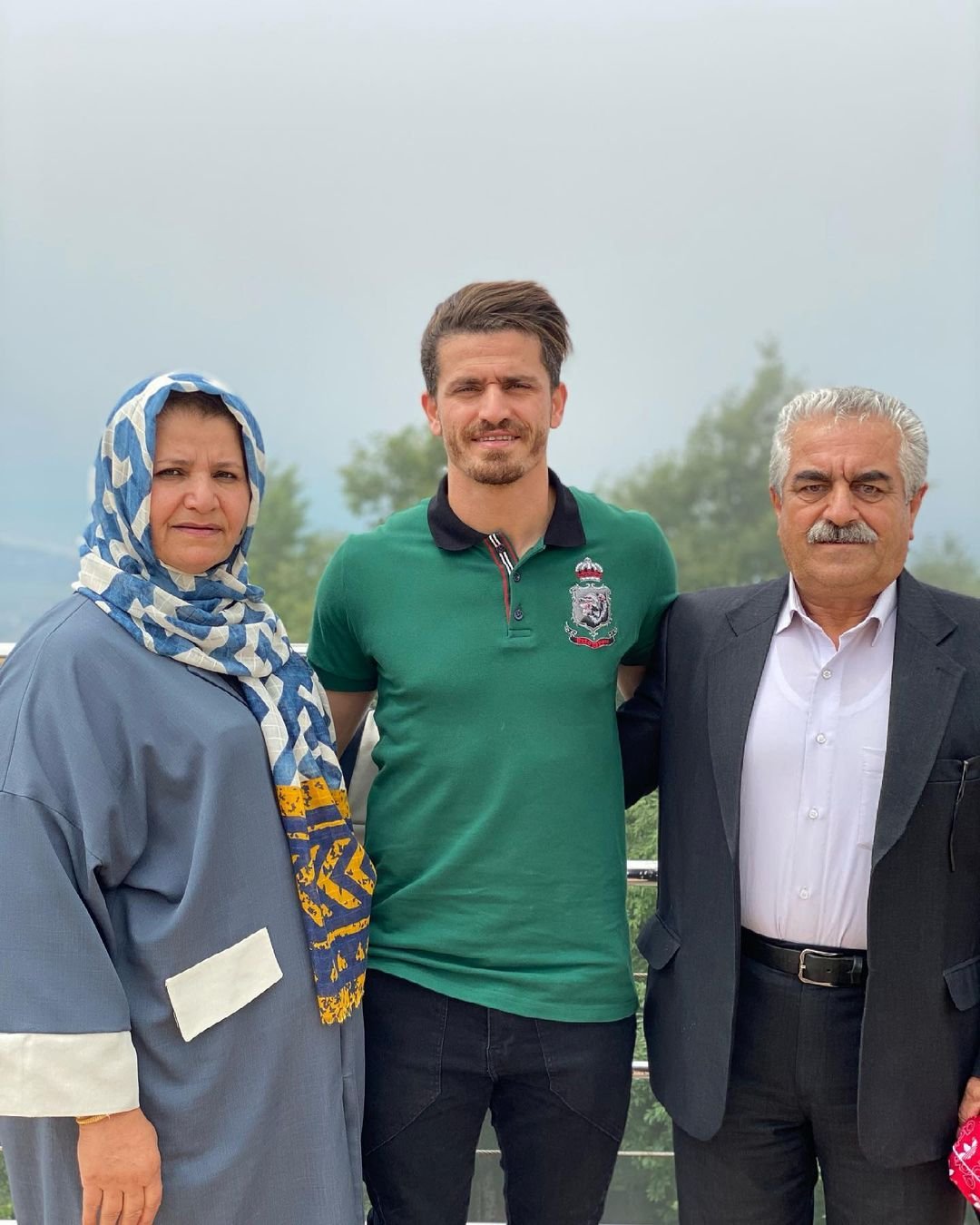 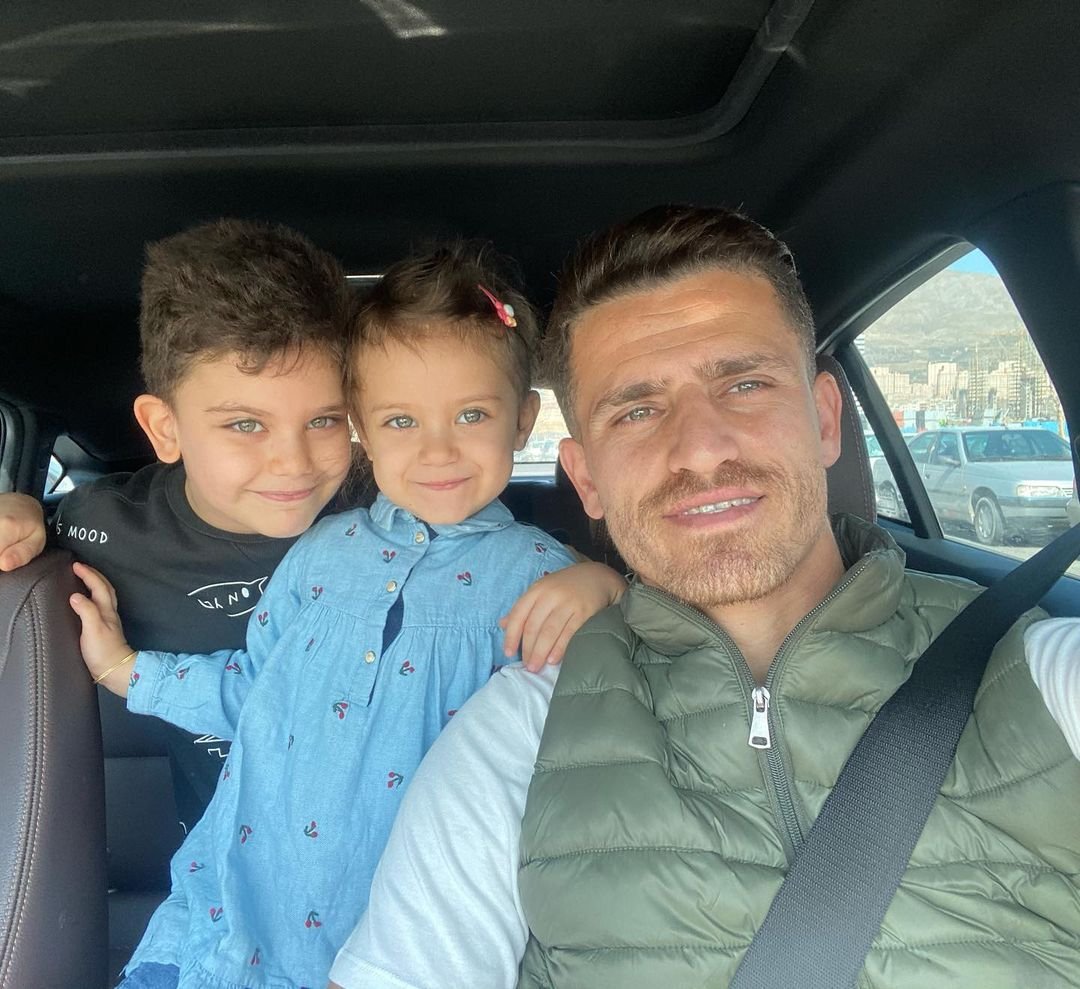