Home » What Is Shahnameh About? why is it important?
other

What Is Shahnameh About?

Ferdowsi’s Shahnameh (شاهنامه فردوسی) , or “Book of Kings,” is one of literature’s rare masterpieces. Although Ferdowsi composed it more than a thousand years ago, Iranians and literature lovers appreciate it. The Book of Kings, an epic poem that chronicles the history of pre-Islamic Persia, or Iranshahr, is the essential core work of Persian literature. Iranians have always been proud of their old culture and the Persian language. When it comes to naming their children, they turn to their emperors and the legendary warriors of ancient Iran for inspiration. In this article, we will explain more about Shahnameh. So, keep reading. 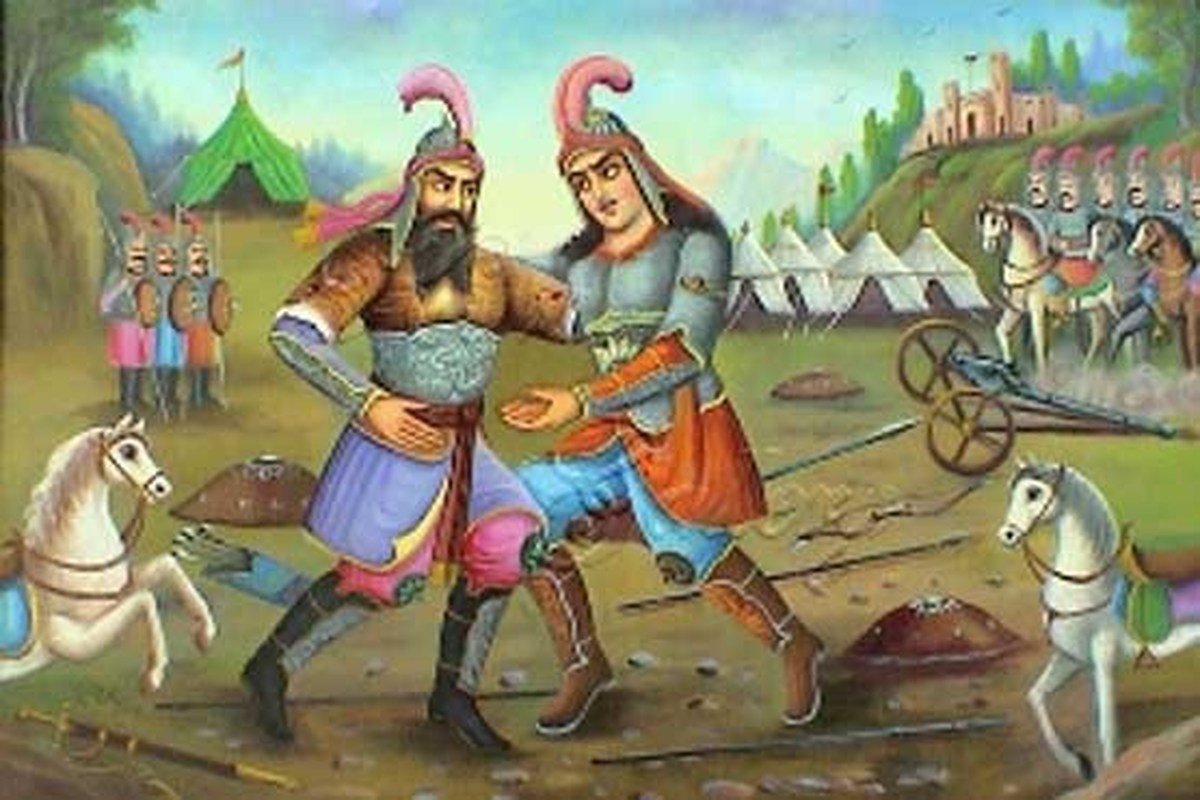 The poet Abolqasem Ferdowsi (l. c. 940–1020 CE) wrote Shahnameh, also known as the “Book of Kings,” to preserve ancient Persia’s myths, traditions, history, language, and culture. Ferdowsi composed it between 977 and 1010 CE. In terms of duration, it’s the longest work by a single author in the history of literature, with 50,000 rhymed couplets, 62 tales, and 990 chapters in all in the Persian language. Ferdowsi organized it into three sections: the mythological, the heroic, and the historical epochs, respectively. This epic poem, written in contemporary Persian, is a work of poetry, a work of history, and also a work of folklore and cultural identity, and it represents a continuation of the ancient tradition of storytelling in the Near East. Hakam Abul-Qasim Ferdowsi Tusi started writing his epic poem in 977 during the Samanid dynasty, and it took him thirty-three years to finish it. Modern Persian was flourishing during the time of the Book of kings’ composition. 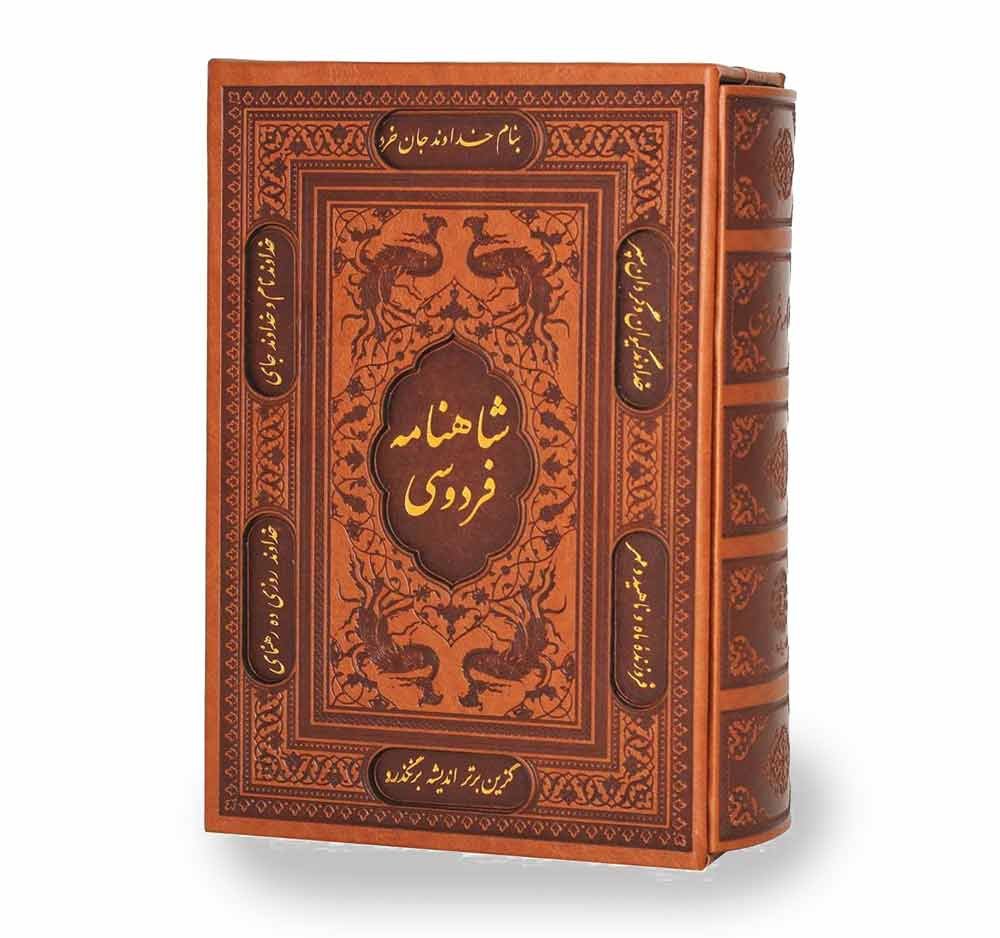 Although the bulk of the tales in the Book of Kings is about conflicts and fights between the forces of good and evil, there are also stories about love, comedy, and the supernatural in the collection as a whole. Another major issue is the nature of kingship and the connection between sovereigns and the people who live under their rule. Over time, the poem evolved into an icon of royal authority and legitimacy, and even a form of educational manual for aspiring monarchs and rulers. Because of the book’s intrinsic relationship to royalty, numerous Iranian monarchs commissioned copies of the Book of Kings for inclusion in their royal collections.

For centuries after its initial publication in 1010, the Book of Kings had a direct impact on the epic and literary works of all Persian speakers and authors, regardless of where they lived or spoke Persian. According to several experts, the Book of Kings is responsible for the continuation of linguistics in contemporary Persian. It had an impact not only on Persian speakers, but also on the cultures of Turkic peoples in Central Asia, the Ottoman Empire, and even on the literary traditions of Kurdish, Georgian, and Pashto. It’s still well known to be one of the most important foundations of contemporary Persian literature.

Why Is the Shahnameh Important?

It informs the reader of of the mythological and wonderful history of the Iranian rulers till the Arab invasion of Iran in the mid-seventh century AD. It’s a compilation of tales about love, intelligence, faith, fidelity, power, ambition, heavenly vengeance, and fate. The Book of Kings is not merely a novel about monarchs and heroes. An ancient and medieval Iranian cultural masterpiece intertwined with religious and historical aspects. The material used by Ferdowsi in composing his Book of Kings dates back to Proto-Iranian and even Proto-Indo-European days. The book mentions Iran’s ancient religion, Zoroastrianism, and its mythology. As a result, it’s a rich source of pre-Islamic Iranian knowledge and epic work that has kept old Iranian legends alive.

Why Is It Important?

To appreciate Ferdowsi’s major achievement, one must first comprehend its historical background. After the 7th century Arab invasion and the collapse of the Sassanian Empire, Iran went through one of its darkest times. The foreign invaders of Iran persecuted followers of the indigenous monotheistic Zoroastrian religion, and burnt libraries. The Persian language, along with Zoroastrianism and the indigenous Iranian culture as a whole, was in danger of extinction as Islam became the new order of the day. While some Iranians succumbed to the invaders’ yoke and sought to fit into a strange new environment, others opted to fight.

Poets like Rudaki were among the first to write in Modern Persian, which developed from Sassanian Middle Persian, and by the time Ferdowsi began work on the Book of the Kings, there were already two additional varieties. Daqiqi wrote 1,000 lines of his Khoday Nameh based on the Abu Mansuri Shahnameh. Daqiqi died before he could finish his tribute to Iran, but Ferdowsi finished the narrative with the help of his Samanid patrons, so the Book of King is written in pure modern Persian without any loanwords.

The Book of Kings’ vastness is one of its unique features. Scholars often split the book into three ages. The first, mythological, starts with the world’s creation and Keyumars’ reign as the first Iranian rulers. Onwards to the heroic era, which comprises the epic’s most cherished and well-known episodes, and which revolves around the struggle between the Iranians west of the Oxus River and the Turanians east. Rostam is the Shahnameh character that every Iranian knows. He fights divs (devils), rescues monarchs, and, like Hercules, endures seven tests. The book then goes from the period of Alexander to the age of the Muslim Arabs in the 7th century.

Why Did Ferdowsi Write the Shahnameh?

In response to the growing interest in Persian literature, Mansur I had his court poet, Daqiqi, begin work on the Book of Kings, drawing on a previous lyrical work known as the Khodaynamag (written during the Sassanian period) and a story known as The Book of Kings of Abu Mansur (commissioned by the nobleman Abu Mansur Mohammed, d. 987 CE) as his sources for what was intended to be an epic poem. When Daqiqi’s slave killed him, the project was put on hold. He had written 1,000 verses, though.

Abu Mansur, a close friend of Ferdowsi, may have persuaded Mansur I to assign Ferdowsi the task of finishing Daqiqi’s work. After over 30 years of writing, Mansur I and the Samanids had fallen from power, and Ferdowsi had to ask for support from Sultan Mahmud of Ghazni (r. 999-1030 CE) of the Ghaznavid Dynasty to get paid for his work on the Book of Kings. The Ghaznavids did not share the Samanids’ enthusiasm for Persian culture.

Shahnameh means “The Book of Kings.” In brief, the Book of Kings chronicles the tale of ancient Iran’s history from the creation of the world through the collapse of the Sasanian Empire and the arrival of the Muslim Arabs, as previously mentioned. Ferdowsi discusses the issue of the monarchy on many occasions, highlighting both the difficulties that develop as a result of the misuse of authority and, conversely, the greater good that results when one acts in the interests of another. In the stories, Ferdowsi tells about the prideful, unjust monarchs or nobles who lost the divine grace of the gods because they acted selfishly and ignored the needs of the people they were supposed to serve from the first cycle through the third, the danger of thinking too highly of oneself and treating others poorly.