Who Is Danielle Aragon (Slot Queen)?

When it comes to slot YouTubers, you would expect a twentysomethings blondie who wears flashy dresses and overreacts to every win or loss. But the story behind the Slot Queen youtube channel is pretty different. She is nothing like the slot machine YouTubers. Danielle Aragon, aka Slot Queen, is a mother of three in her mid-forties who does not fit into the so-called stereotype of slot players on youtube. She is a breath of fresh air in youtube’s slot machine videos segment.

If you want to know what Slot Queen’s story is, how she became a Youtuber, and the secret behind her success and popularity, keep reading this article.

Who Is Slot Queen And Where Does She Live? 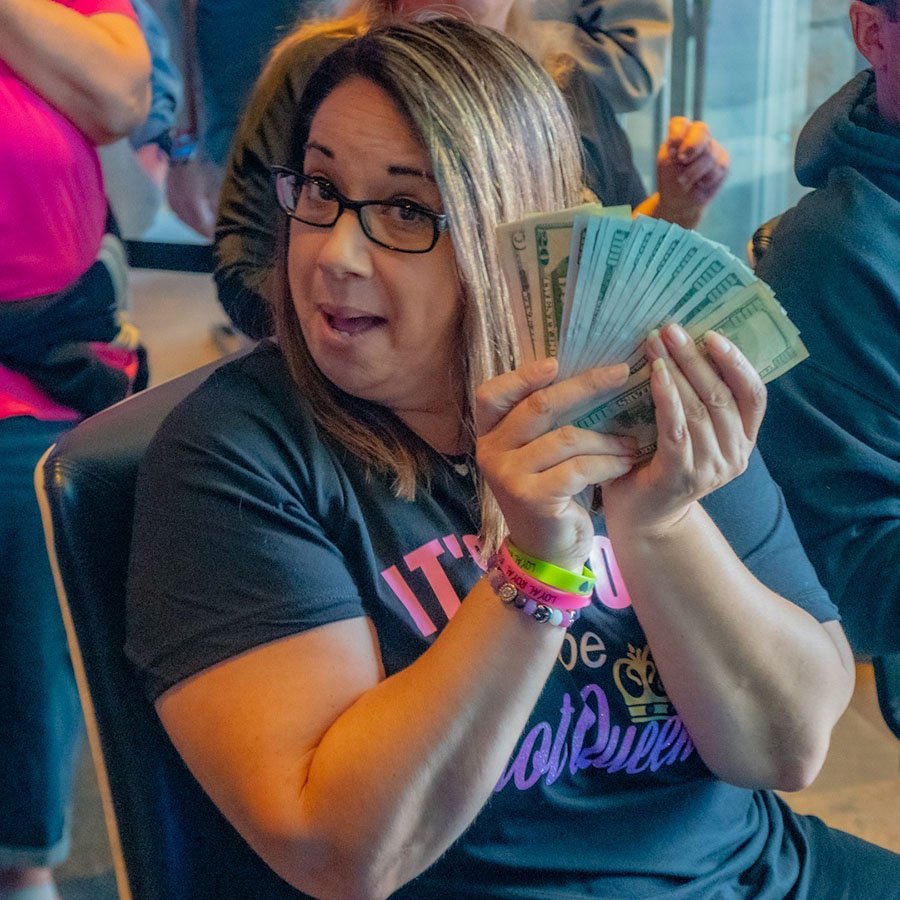 Slot Queen’s real name is Danielle Aragon. She is a mother of three boys who live in Northern California. Danielle was born on February 26,1976.  She used to play slots since she was 18 years old and never thought that she would someday become a youtube star! Slot Queen is the name of her youtube channel with over 77000 subscribers and her Facebook page with 25k followers. She is in her mid-forties and married to a husband nicknamed Slot Hubby, who sometimes co-hosts her in the videos.

Before she started her youtube channel, she was an avid slot player but never wagered big. Danielle was diagnosed with Crohn’s disease in July 2018, soon after she started her channel on youtube on August 2017. The cause of the disease is unknown, and currently, there is no cure. Although people diagnosed with Crohn’s disease may live symptom-free most of their lives, most patients experience mild to severe symptoms. Including abdominal pain, diarrhea, weight loss, anemia, arthritis, and fatigue. However, being diagnosed with a chronic inflammatory bowel disease did not stop our Slot Queen from enjoying her life, being a wonderful mother, and spinning the reels of fortune!

Before her career on youtube as a broadcaster, Danielle worked for 17 years in the banking industry. This means she knows the secret of making money and keeping it😉. However, to become a great mother and provide the best possible uprising for her three sons, she had to sacrifice her job to become a stay-at-home mother. 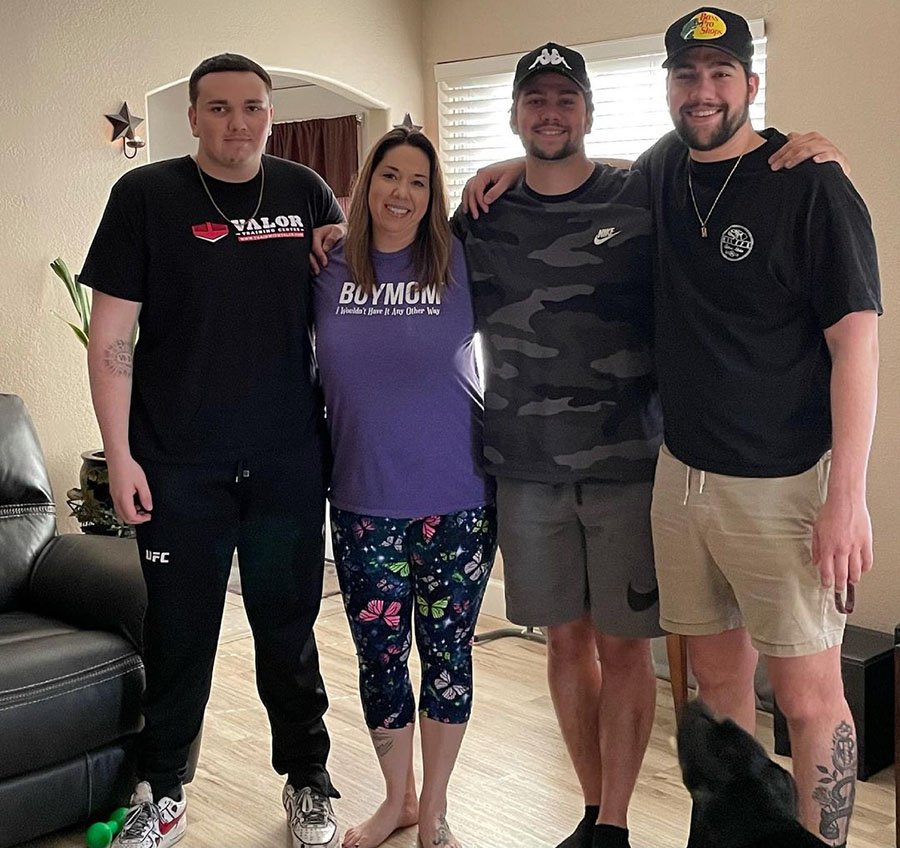 She is a mother of three children and successfully built up over a million dollar net worth from her youtube channel. Danielle’s eldest son studied computer science and programming at Chicago State University and, at the beginning of her career as a broadcaster, helped build the official website of Slot Queen. The queen’s middle son finished high school in May 2020 and is a college boy now! Her youngest boy is out of high school and graduated in 2021.

What Is So Unique About Slot Queen And Her Youtube Channel? 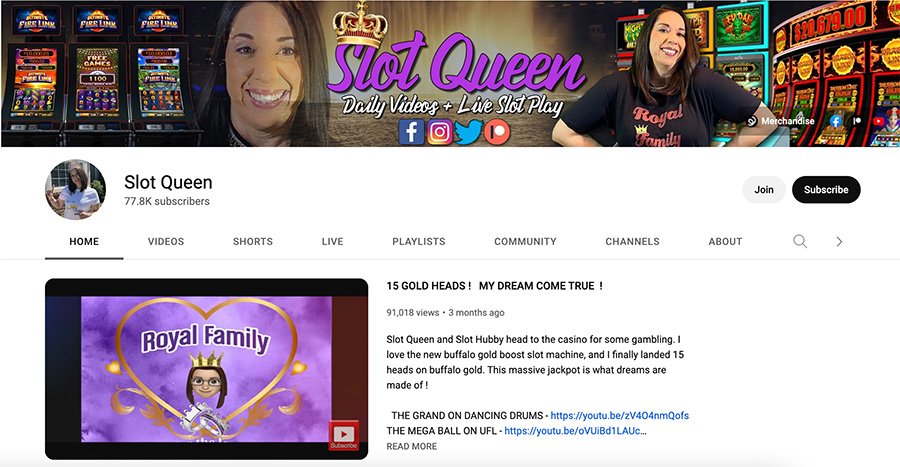 When you visit Slot Queen’s youtube page, the first thing that catches your eye is the simplicity of her videos. There are no special effects, unique memes, or professional editing because she records all her videos with an iPhone and adds minimal editing. It is all about her and her actual experiences. You will not experience never-ending advertisements for online casinos while watching her videos. She only reports her personal experiences at different casinos and resorts. More important than all, she does not fake her feelings or reactions. She reacts to her wins and losses just like any human being would!

Another fascinating point about Slot Queen’s videos is her family’s active involvement and participation. She is happily married to her husband, who she calls Slot Hubby. Although he has his job, owns his line of merchandise, and is the family’s primary provider, he actively participates in Danielle’s videos. In fact, the Slot Queen’s family plays a crucial role in her slot video making and hence, her success as a popular slot player on youtube.

They Said She Was TOO OLD To Become A Youtube Star!

As I have said, Danielle worked in the finance industry before becoming a Youtuber. She gave up her full-time job to become a full-time mom. In 2017, she was 41 when it all started!

Danielle was a loyal fan of slot machines and used to view various slot channels on youtube. Meanwhile, she spent time in North California land-based casinos. Danielle enjoyed watching youtube slot players while they played and filmed themselves. Inspired by the top slot players on youtube at the time, she started to film herself while playing slot machines and sent the videos to her husband. After a while, Danielle’s husband asked her if she wanted to create a youtube channel. This is where the kiddos came in and challenged her! They said she could not become a Youtuber because she was too old for that. And the couple decided to mess with their children!

Danielle created her youtube channel under the name Slot Queen. Then, she and Slot Hubby filmed and uploaded her first video on August 24, 2017. The children watched the video, which drove them crazy! This further encouraged the duet to film and upload more videos. They started to learn basic editing skills, creating catchy youtube titles and thumbnails, and recording high-quality videos. They didn’t have to wait for success too long, though!

And The Slot Queen Boomed!

As you can see in the snapshot above, the video got over 800,000 viewers. It was the first video of Slot Queen that could attract more than 200-400 viewers. The video is an unedited fourteen-minute of Danielle playing on a Quick Hit(Bally) slot machine while she wins 50,415 credits. From this point on, her videos got more and more viewers to the extent that eleven of her videos received over 100,000 viewers. Now, she uploads seven days a week for her over 77k subscribers on youtube.

Danielle did not stop there and started to make connections with famous gambling and slot Youtubers. The most famous one is- as you can see in the picture above- Brian Christoper, better known as BCSlots. He is a genuine superstar in Youtube’s gambling circle. They first met in Feb 2018 when Slot Queen had less than 2,000 Youtube subscribers. The pair nicknamed themselves Terrible Twosome and filmed themselves while playing together. They have kept making videos together ever since because the video turned out to be a big success for both of their youtube channels. In addition to famous YouTubers and internet celebrities, Slot Queen also unites with real celebrities, like famous musicians like Sir Mix-a-Lot. Where Does Slot Queen Get Her Money? 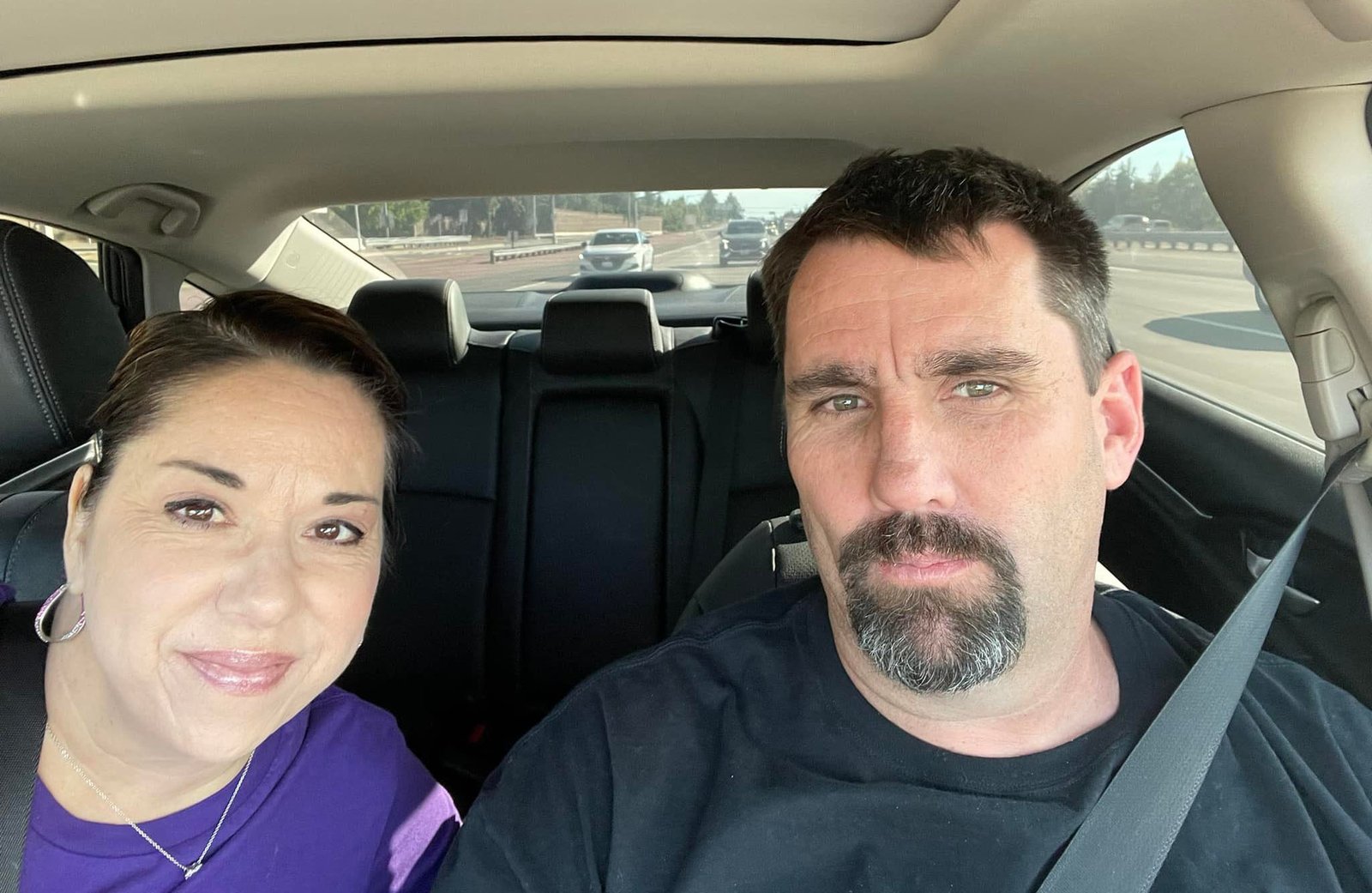 Youtube pays her as more people join her channel and watch her videos. In addition to youtube, a noticeable portion of Slot Queen’s income comes from Patreon donations. Patreon is a donation platform where fans can join and donate. Slot Queen’s fans can join her Royal Family, choose from 5 Patreon levels, and support their favorite slot player on youtube.

Can You Use MyBookie In Any State?

How to play Blackjack for beginners

How do you play Texas Hold’em step by...