Home » Why Are Iranians So Beautiful?
other

If you have ever encountered any Persian person, you probably noticed that they are absolutely good-looking, right?! But why are Iranians so beautiful? Iran has long been famous for having the most attractive women in the Middle East, a consensus that has lasted hundreds of years. According to historical records, Alexander the Great was married to three Persian ladies. Roxana, Stateira II, and Parysatis II were his three Persian wives. Roxana was the first lady that Alexander fell in love with and married. These ladies are distinctively different from women from other cultures, and they have gained international acclaim in part due to their distinctive characteristics and natural beauty. Some people say that Iranian so beautiful due to their dress and physical attractiveness.

Or because Iranian women, on average, spend a significant amount of time and money on their beauty because they’re conscientious about their appearance. Personal beauty care also adds to the overall attractiveness, but ultimately, some suppose it’s a matter of personal taste. Some people find Latinas attractive, while others find Europeans attractive. One’s perception of beauty is subjective. 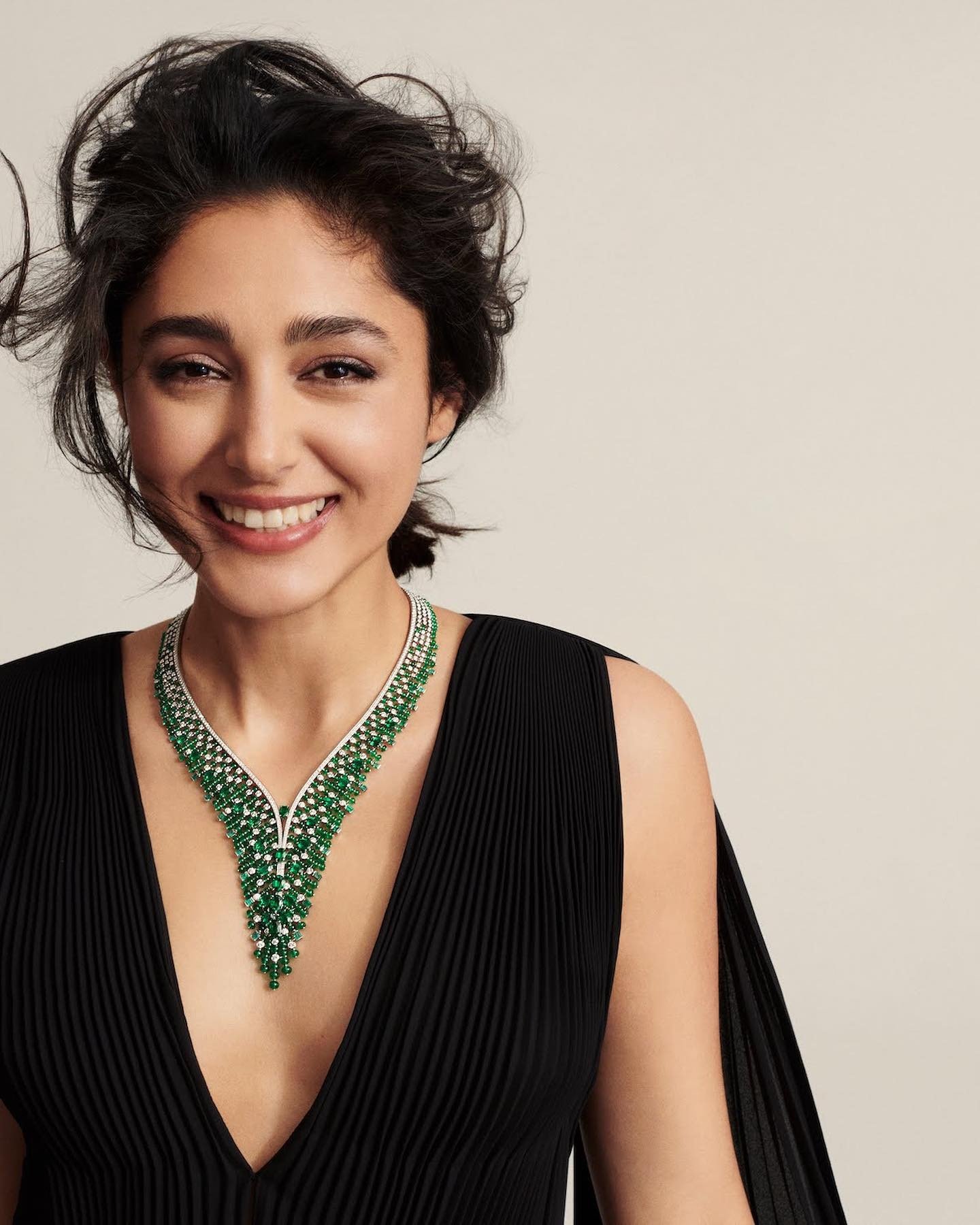 Some believe why Iranians so beautiful is because of their big, captivating, and usually dark eyes. The typical appearance of an Iranian includes thick black/brown hair that may be straight, wavy, or curly, pale to the tan body with olive tints, and, of course, huge, generally dark eyes. Big eyes in Iran are both a beauty standard; most people have big eyes and long eyelashes, which, when combined with tan skin and black arched eyebrows, creates a stunning appearance for their eyes. Although green is a rare eye color in Iran, most people with light eyes have green or light brown eyes, a fantastic combination. Light eyes and olive skin are also a great combination, as they’re mainly from the northern parts of the country, some Kurd inhabited areas, and other random locations. 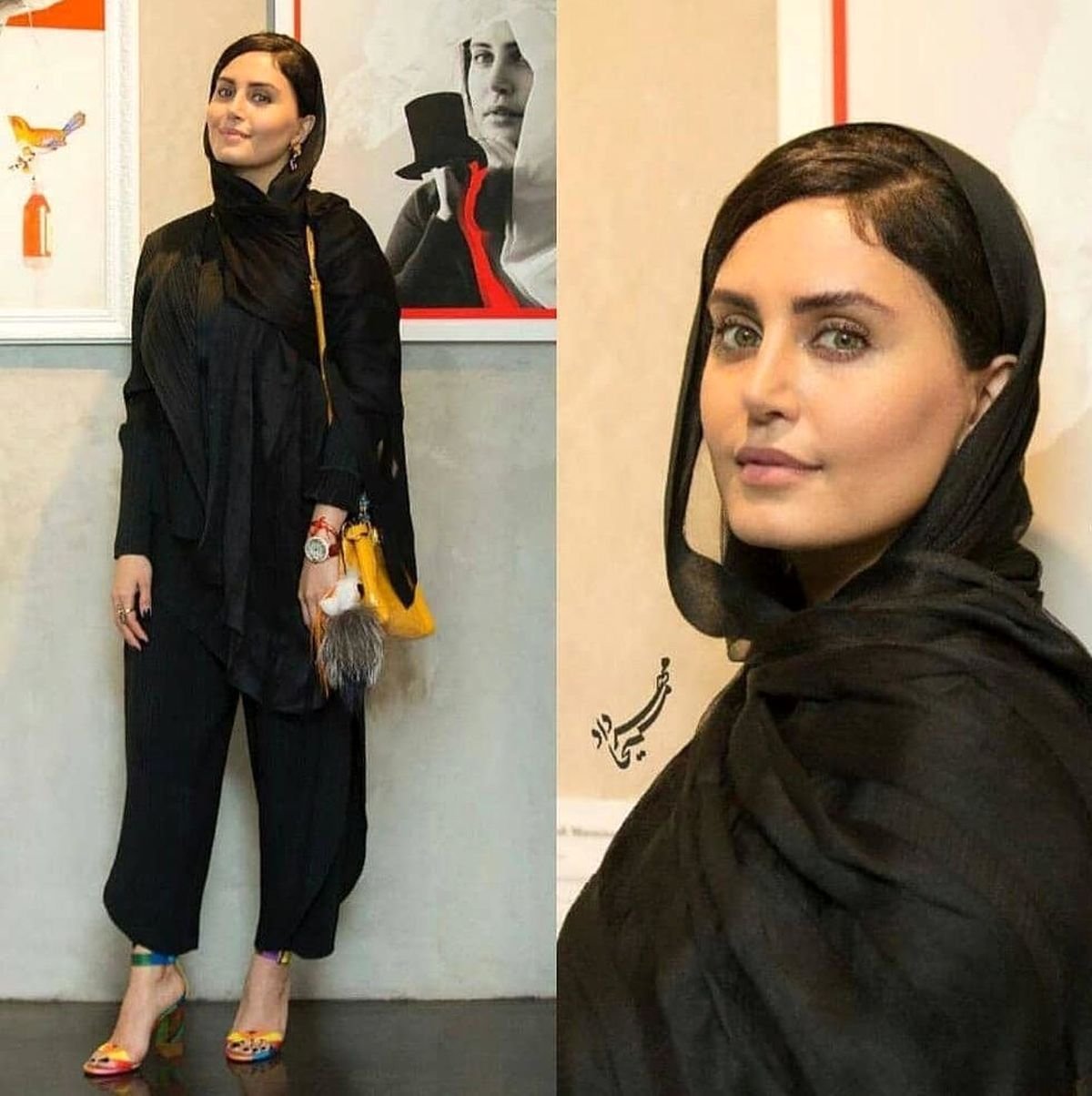 Some believe that another reason why Iranians so beautiful is because of the fact they’re originally Aryans. However, because of the invasions of Iran by different European countries such as Russia, England, Portugal, and even Arabs throughout history, Iranians have a diverse range of physical characteristics. You can find most people in Iran with dark eyes or skin, but you can also find people who are blond with green or blue eyes.

Believe it or not, there are even naturally red-headed Iranians and naturally blonde Iranians with blue eyes among the country’s population. Red-haired people are initially from Central Asia (not Scotland) because Iran shares borders with several central Asian nations. However, these are very unusual occurrences. Dark traits such as brown eyes and dark hair, on the other hand, are more prevalent. The idea that all Iranians have large noses isn’t totally accurate. Because if you visit Iran, you can see many ladies and men have naturally straight noses. There are many Iranians who have naturally straight and tiny noses. As we have previously pointed out, Iranians have a tremendously broad range of physical characteristics as a result of centuries of invasions.

Where Are Natural Blondes in Iran Come From? 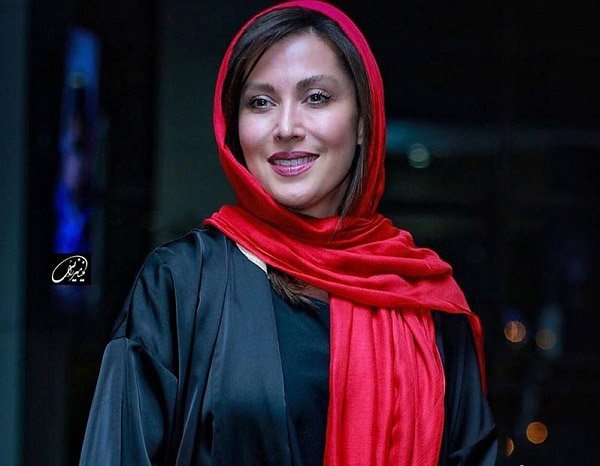 Some say that blond people with blue or green eyes are more common in Iran’s northern regions and locations around the Caspian Sea. Redheads and natural blondes are more likely to be born in these areas. According to what locals say, it’s because of the Scythians, who were Eurasian Nomads who may have invaded northern Iran at some point. Scythians settled in the territories that are now part of Ukraine, southern European Russia, and Crimea, among other places. As you go farther south in Iran, you’ll notice that the bulk of the population has brown eyes and deeper skin tones. For example, the Baloch, a southern Iranian ethnic group that resembles dark-skinned Indians, is a good illustration. No matter where they live, Iranians so beautiful. 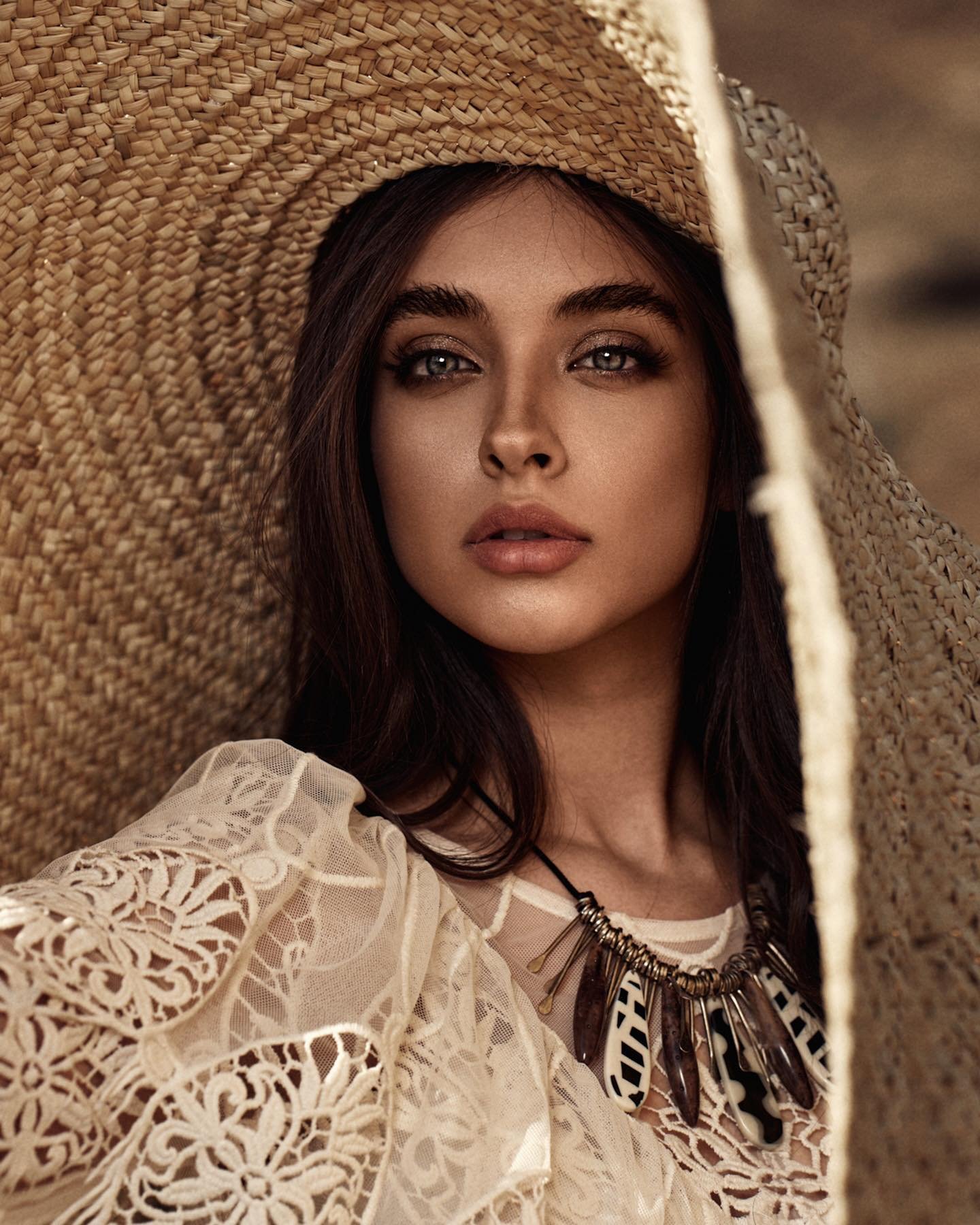 There is no doubt that Iranians so beautiful but remember that appearances are entirely subjective. Because of all the negative material that you have heard about Iranians since 1979, you may feel Iranian ladies are attractive when you see them. What does that mean? It means that your expectations were so low that all Iranian females would seem to be a knockout to you. Iranian females are nothing like stereotypes you have seen in your media or Tv shows such as Shameless (USA). In Shameless (USA), you can see Frank helping Middle Eastern immigrants pass Canada borders; one of those girls is Fatemeh from Iran, wearing a black Chador and a Neghab covering her face while carrying a goat! Seriously, Iranian females are nothing like the image Shameless presented.

What Is Considered Beautiful in Iran? 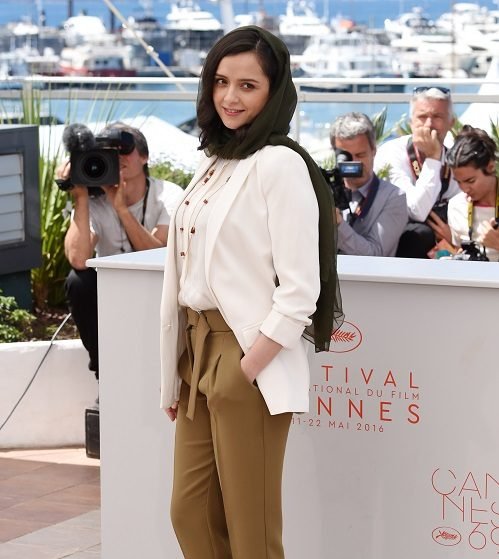 We all know that Iranians so beautiful; let’s see what Iranian beauty standards are! Beauty standards have changed these days in Iran, but some common standards are still prevalent. It’s usually lovely to have a round face with big lips and a boney or tiny nose, high cheekbones, a curvy yet slender physique, any color of the eye with naturally black/golden hair, and black arched eyebrows.  The beauty of a female may vary depending on where in Iran you live, how tall she is and what color eyes she has. For example, in the north of Iran, tall, blond girls with blue or green eyes are often more well-known to be more attractive. 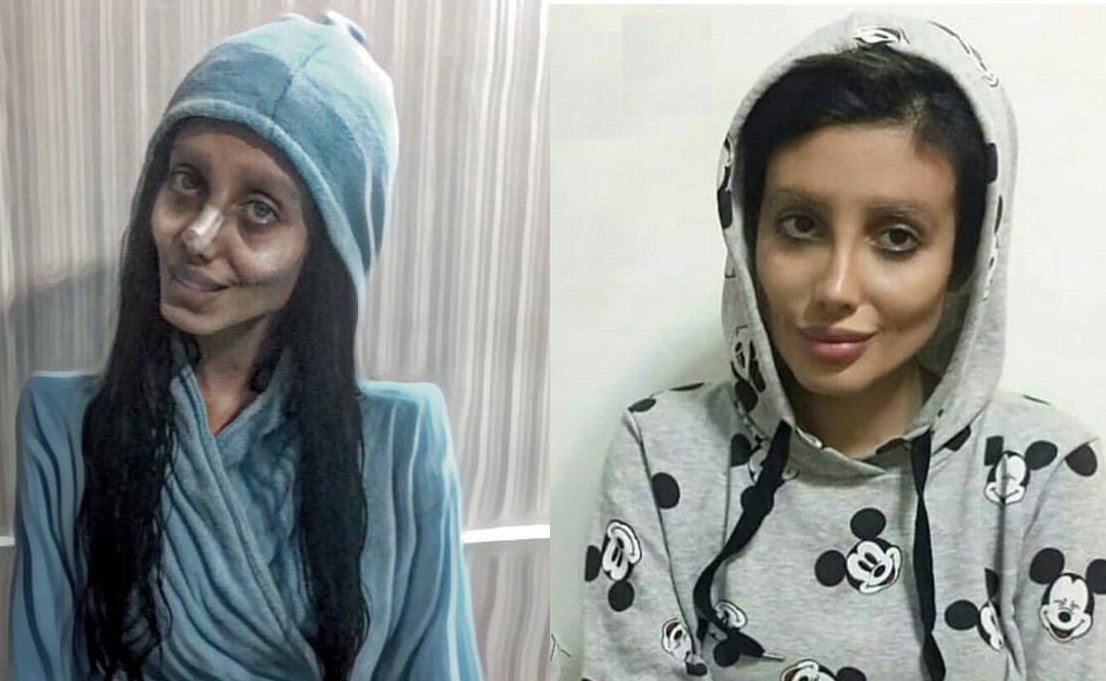 Girls who have done nose surgery, implemented cheekbones and other plastic surgeries are more attractive in Tehran than those who have not. When it comes to Iranian women’s aesthetic goals, it’s necessary to address cosmetic nose surgery, becoming more popular. “Nose hump” is something that most ladies aspire to get rid of in Iran. Lifting, tattooed brows, dyed hair, and, more lately, professional teeth whitening are all prevalent trends right now! Certainly, these aesthetic standards are not exclusive to Iranian women, but they are pretty popular in Iran. Iranians so beautiful naturally, but because of hijab restrictions in Iran, women can’t wear whatever they like, so the focus is on their face; that’s why they spend lots of money looking better and boosting self-esteem.

Can You Marry an Iranian? 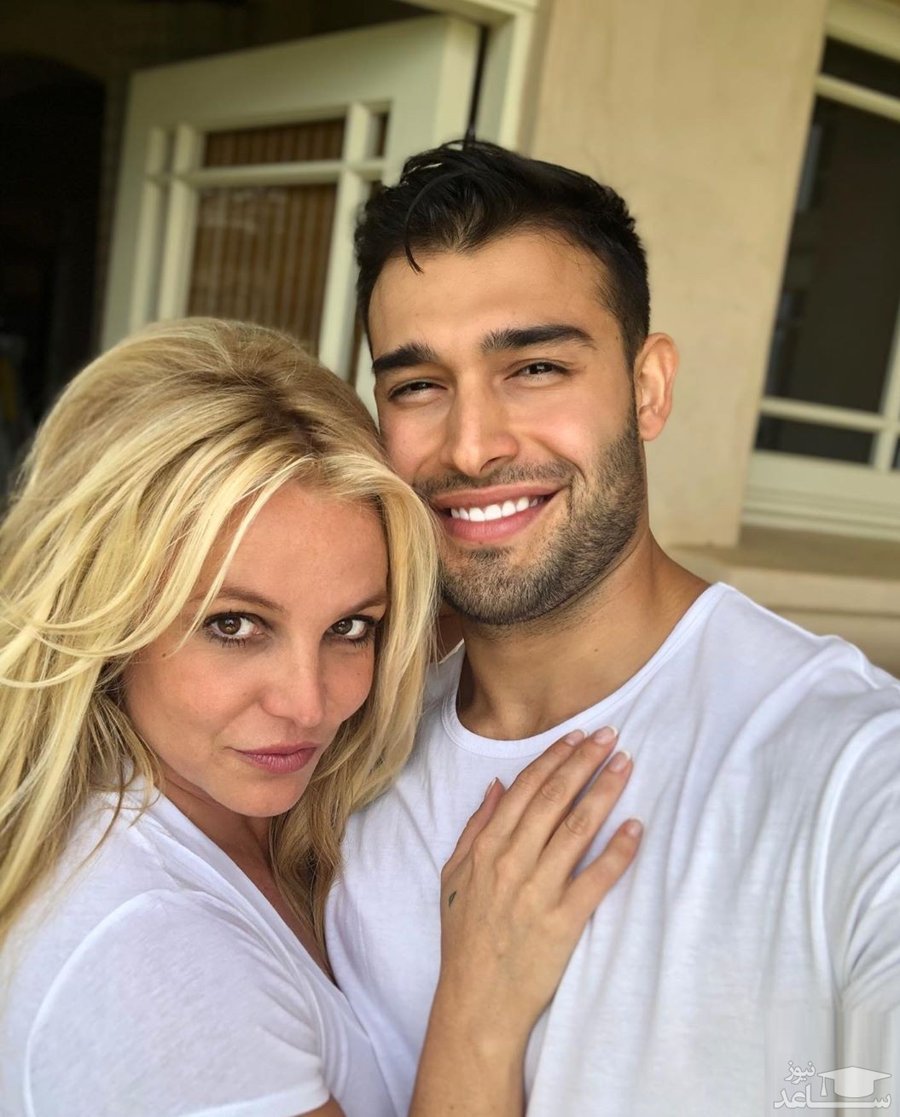 Well, Iranians so beautiful and good-hearted people, so it’s not strange to fall in love with them. Yes, that’s the solution to your concern, of course. It’s possible for an Iranian to marry someone who has a passport and citizenship from another country. If you have discovered your beloved Iranian spouse via a friend, social media, or even during your trip to Iran, we can guarantee you that there are no severe difficulties on your path. Individuals of Iran appreciate other people and embrace them in their families compassionately. But, there are various norms and regulations that both Iranians and the residents of a foreign nation must follow to make their relationship and marriage legitimate.

There are some rules, though. Such as:

Remember that these are the rules when you decide to marry an Iranian girl who currently lives in Iran. 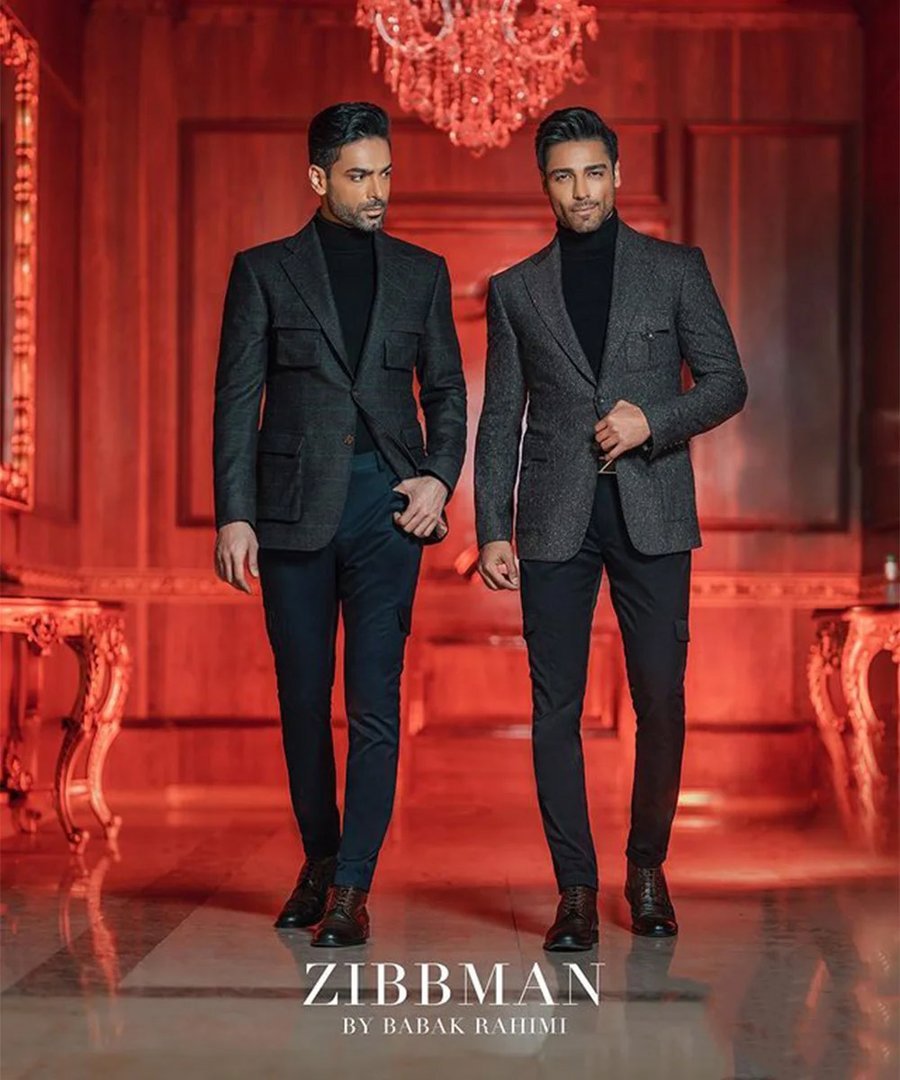 Iranians so beautiful and have exotic while loving faces, so it’s ok if you would like to be more familiar like them. Although, you don’t need to be like someone else because all people are beautiful, so appreciate your own beauty. Besides the fact Iranians so beautiful, they have some distinct behavioral traits; for example, many tourists say that Iranians are the friendliest people on earth. The more time you spend traveling in Iran, the more you realize that people are an essential component of the whole experience of a nation. They’re the heart and soul of the country and the cause for its distinctiveness. So, it’s not always about the fact that Iranians so beautiful; most of the time, Iran means lovely and friendly people.

Who Is the Symbol of Beauty in Iran? 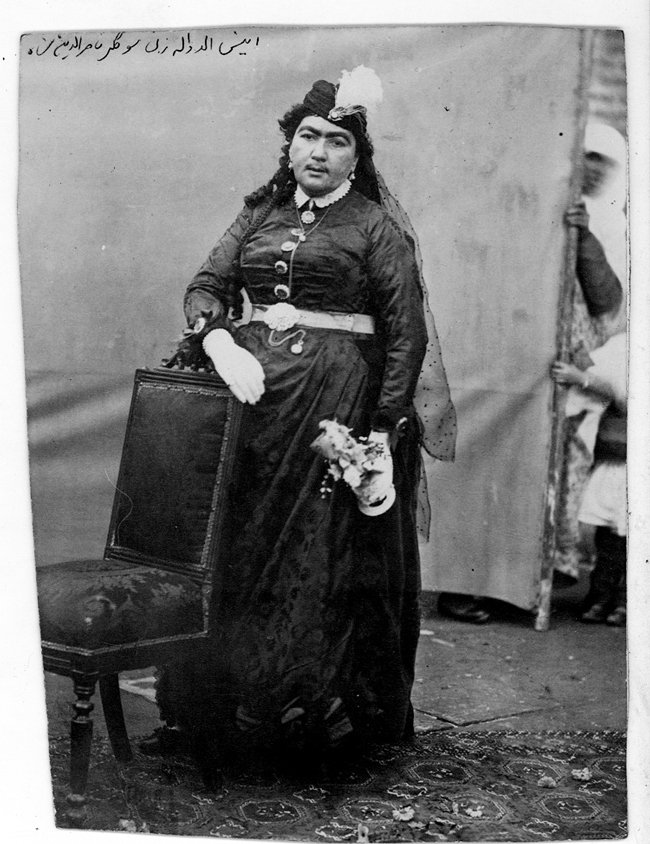 Iranians so beautiful, but who is the symbol of beauty in the history of Iran?! In the eighteenth century, the ideals of beauty in Iran were quite different from what they are now, even if many Iranian women now seek cosmetic surgery such as nose jobs, breast implementation, etc. The more fat a woman had, the more attractive she was to males. Obesity was once a significant trait of women. Hair removal solutions available now would not have been trendy two centuries ago since the mustache was famous as a beauty standard for females then. The symbol of beauty in Iran’s history is evident in Naser al-Din Shah’s wives. Thank God those criteria are no longer trend. Right?!

Unfortunately, because of the negative impacts of media, people around the world have the wrong ideas of Iranians. Still, millions of people around the globe believe weird stereotypes media presents to them. However, Iranians so beautiful and are lovely and are open to accepting new cultures.گ

Hello, I am an Iranian and Turkish woman. Thank you for the article you wrote about Iranians.
I am really sorry that there are many negative advertisements about Iranians. I can only say that the government of Iran has nothing to do with the people of Iran and Iranians are good people.
Regarding the standard of beauty in Iran in ancient times, I would like to say that these photos and women were only for the taste of the king and not the common people of that time.
And most of the photos look like farce than reality.
Thankful

hello
i am Iranian Lor from kohgiluyeh va boir ahmad and tuye roohe babat yaeni chi because of too much invasions. aberoomono bordi
have nice day hun

The part you put as the new standards of beauty in Iran is not true, because in all of Iran, a handful of models are considered beautiful, and this exists in all countries. I myself am an Iranian