Home » Why do Iranian cut their hair?
other 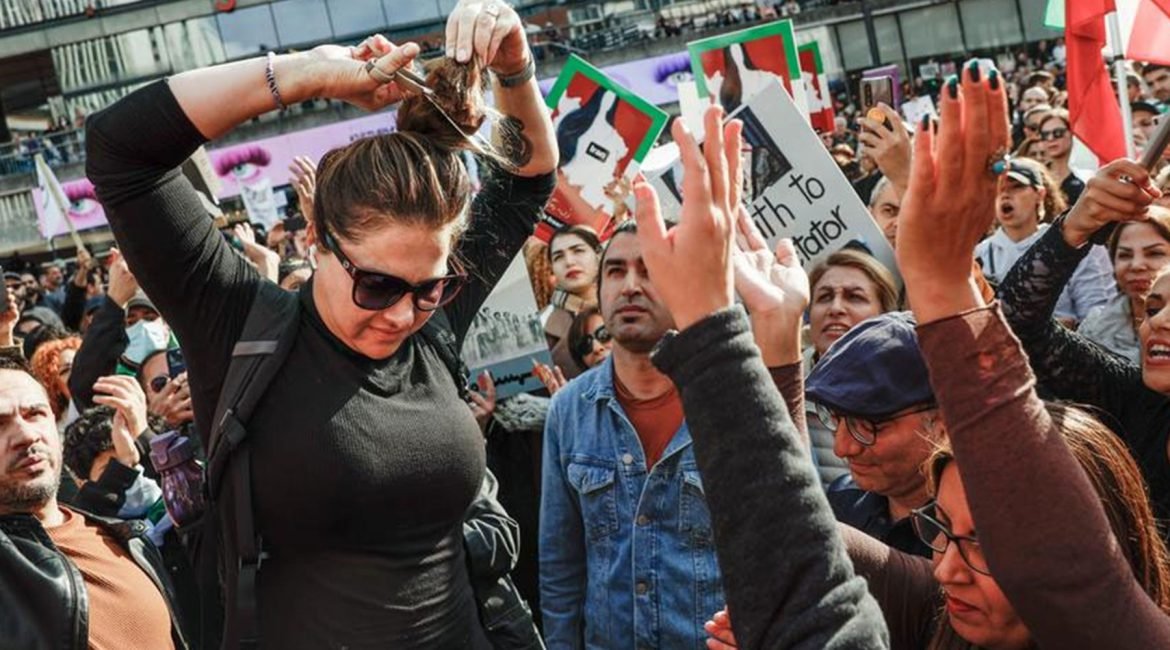 It has been nearly three months since Iranians protested in the streets following the brutal murder of 22-year-old Mahsa Amini on 16 September. Mahsa Amini was a Kurdish girl who was arrested by morality police for allegedly not adhering dress code of the Islamic Republic. The name of Mahsa Amini first came into consideration when morality police took her to the “hijab’s re-eduction center.” After beating her in the process, they sent her to Kasra hospital. 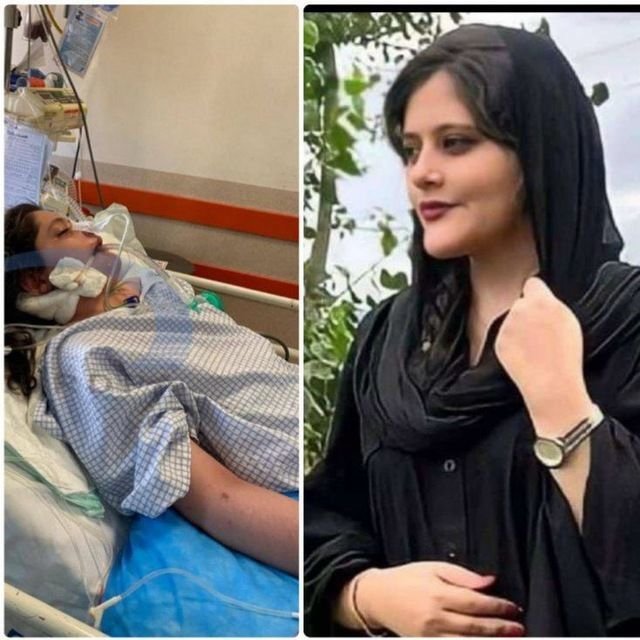 After three days in a coma, she passed away as a result of a severe brain concussion. The officials reported that her death was due to her past conditions leading to a heart attack. After Mahsa’s brutal murder, different protests took place inside and outside of Iran; one of the symbolic protests was women cutting off their hair.

Who are the morality police? 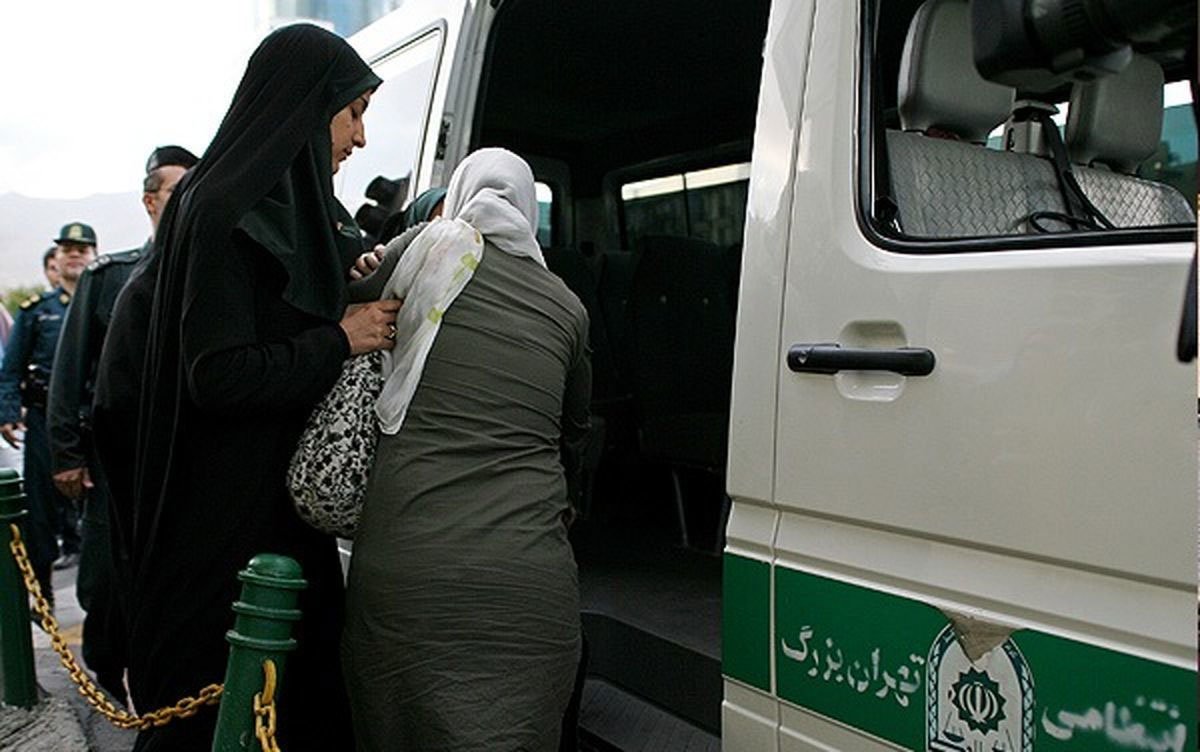 Iran has many strict policies, like wearing a scarf for women and obligating to Sharia rules. For example, in Iran, women can not drive without a specific type of hijab. If they do not accept these rules, morality police will park their car, and if the same thing happens again, they cannot use their vehicle for a month. Long story short, the only duty of the morality police is to make sure Iranians wear based on Shara rules. Other than concerning with hijab, the morality police take a close look at girls’ and boys’ relationships.

What are Iran’s hijab laws?

Iran’s hijab law is very different from what we see in certain Arabian countries. In Arabian countries, women have to cover all parts of their bodies; nevertheless, Iranians can reveal their faces, hands, and some of their feet. Iranians have been fighting for 44 years to change the strict rules of hijab. If today they have a better situation compared to Arabian women, it is because of their culture and fight.

Who was the first person who cut her hair? 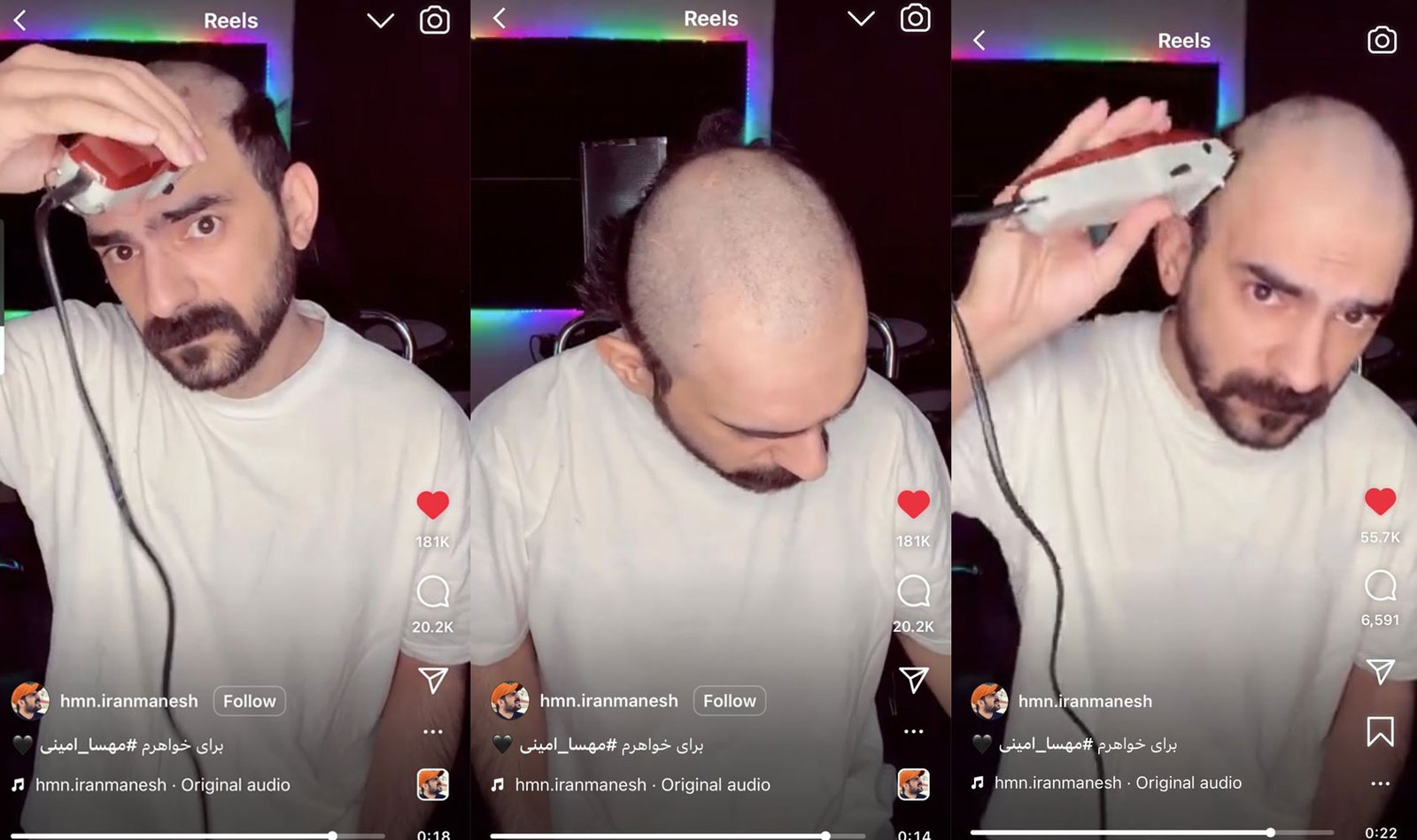 Contrary to common belief, the person who created the cutting hair was not a woman but a male influencer. Hooman Iranmanesh is one of the Azari influencers who cut his hair against the morality police’s merciless acts. He posted his video on Instagram, and it had more than 3 million likes from cinema actors, women politicians, and feminists. After Hooman, a new trend started, and women protesting cut their hair in the street to show that women’s hair is not the problem and is just a sign of beauty. 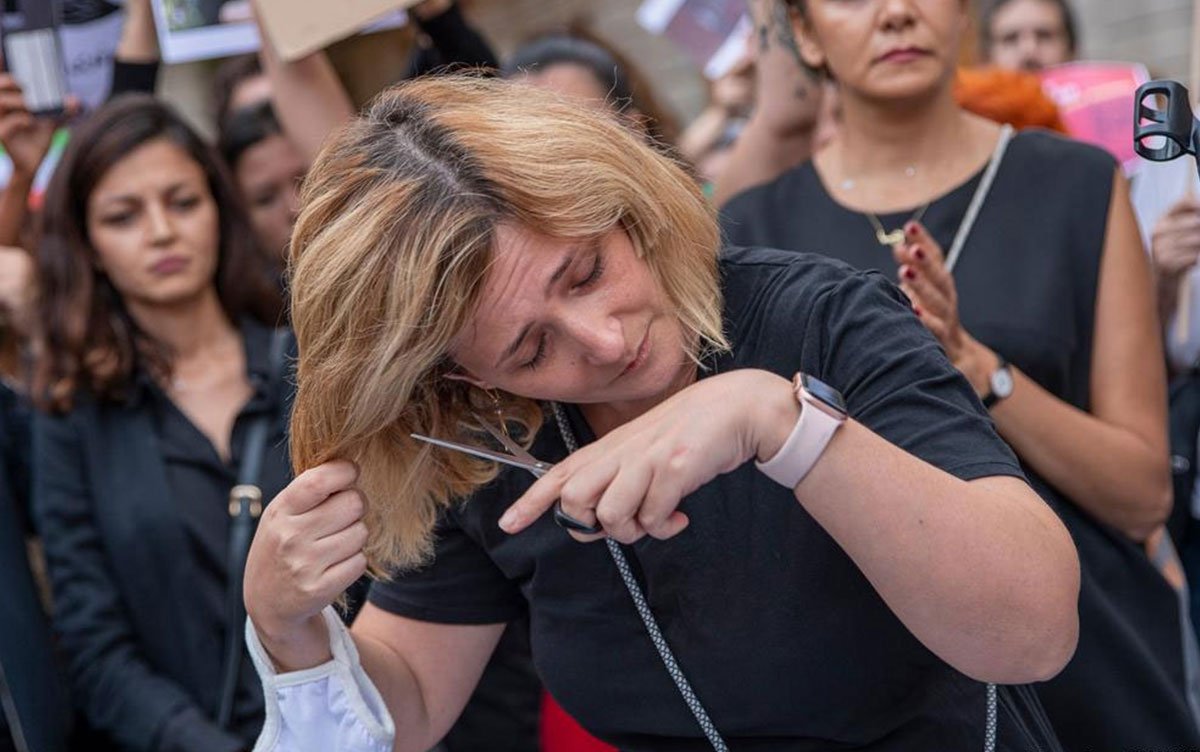 The hair-cutting root in the culture of Iran

For women worldwide, hair is an integral part of beauty; however, in Iran, the hair also has a symbolic status that roots long before Islam. In his epic poem, Ferdowsi mentions that women before Islam cut their hair to show their grief. While Siavash was going inside the fire, women watching him cut their hair since he was innocent and cried. The other case was when Alexander the Great attacked Iran, and his soldiers raped women; all the women stood in front of his army and cut their hair. As you may see, cutting hair lies deep inside the rich culture of Iran, and it was always a symbol of rebellion and women’s attendance in war. 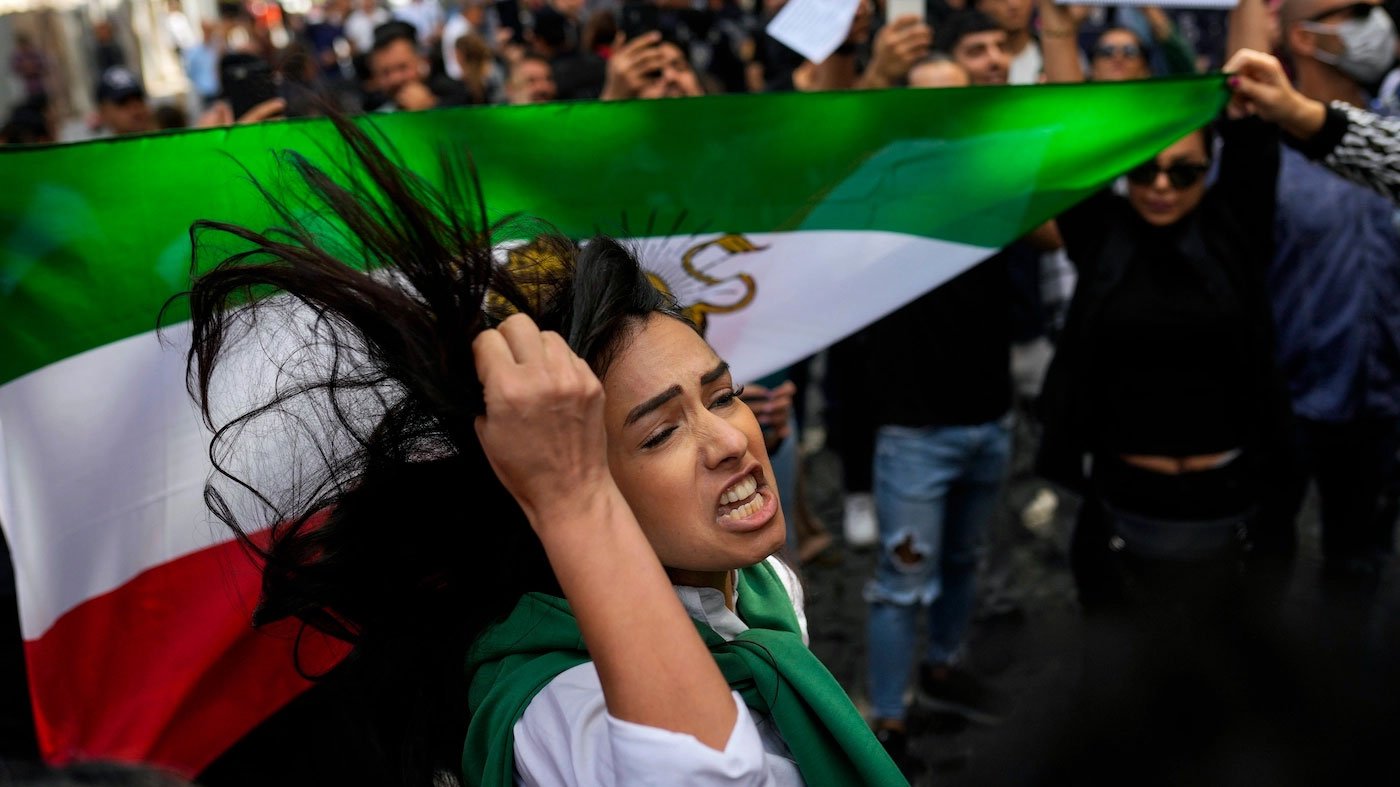 Academy award winners and the international community get involved

After the death of Mahsa Amini and the start of the protests, women lead the forefronts. One of these brave girls was Hadis Najafi, another 22 years old girl who was shot in the face. Right before she died in a video, Hadis cut a part of her hair and bony-tailed the rest. This incident inspired many people worldwide, and academy award actresses such as Juliette Binoche cut their hair to support brave Iranian girls. This movement affected female politicians’ decision-making process, and they immitted Iranian girls. At the parliaments, they stand with Iranians and cut their hair to symbolize their support. In less than three months, more than 250 women have been murdered by the Sepah and Basij. However, the movement currently is more than just cutting hair and is strongly growing to other social aspects. 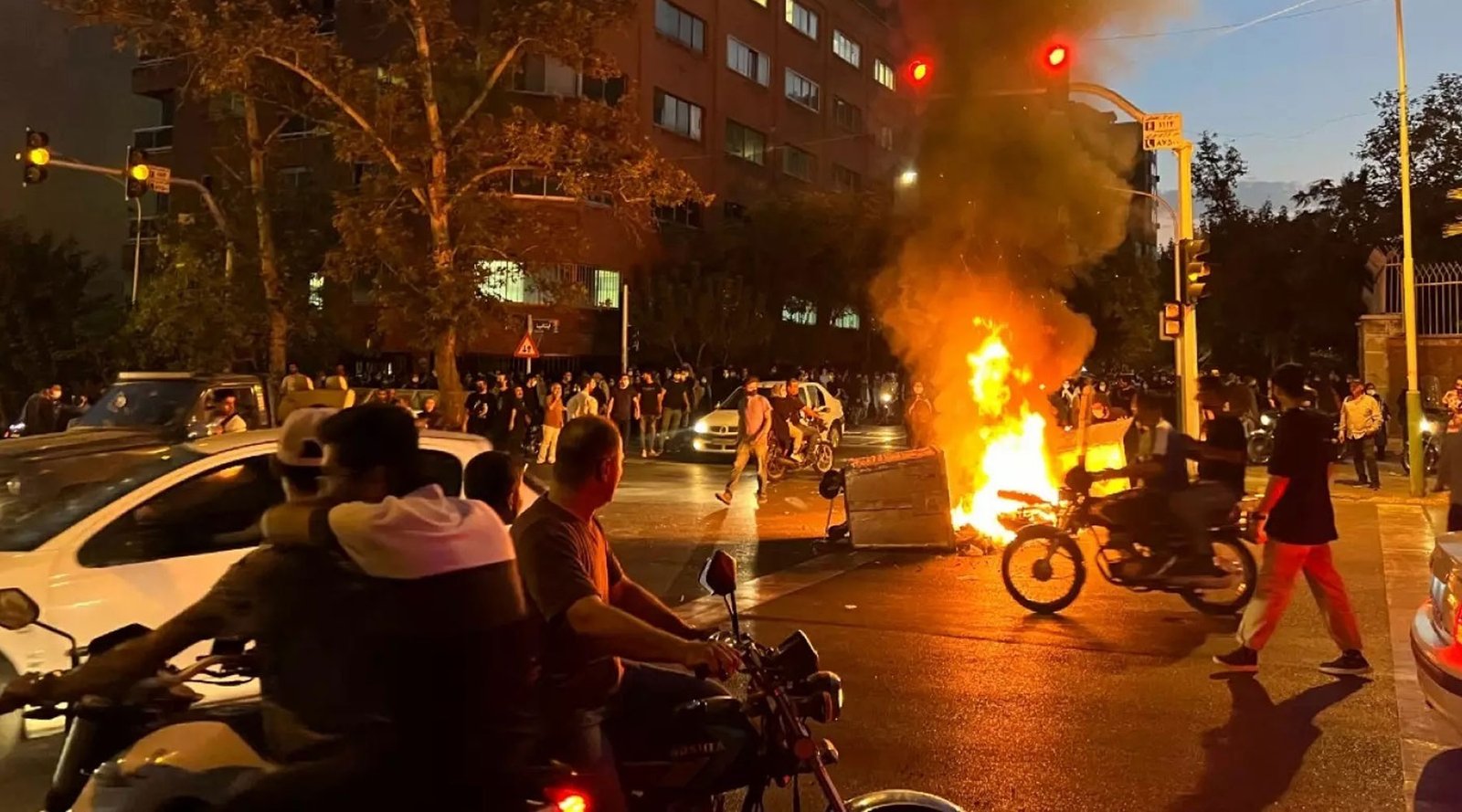 What is happening in the protests?

There are two reports from the streets, one from officials’ mouths and the other from videos that protesters recorded. Officials told reporters that protesters are some rebellions trying to depart some near-border cities from Iran. Nevertheless, people on the street said they wanted their country back from this fascist regime. Two central provinces that are involved in these protests are Kurdistan and Sistan. Reports from these two provinces show that the total death number is more than 300 people, 58 of them are children. On the street of Iran, people are dying from bullets and unknown weapons.