Today we face a gender apartheid in the Islamic Republic of Iran, where women are severely restricted and have no right to choose what to wear. Under strict Islamic rules, women should comply with Islamic Republic’s dress code known as Hijab. There are some police officers, to force women to wear what the government chooses, which is called morality police. On September 16th, 2022, the morality police murdered a young Kurdish girl because her pants were tight. After this incident, a new feminist movement, known as Woman, Life, Freedom, started in Iran. In this political and social movement, women played a central role in leading society. Up to now, Iranian armed forces have killed more than five hundred innocent people and detained more than 12 thousand political activists. Nearly 40 people face the death penalty, which is estimated to grow to more than 200.

Since the first day of this movement, artists worldwide have tried to create artistic masterpieces to help and support Iranians in the streets. Even though for over 44 years, Iranian officials denied their strict policies, today, the world sees the truth, and graphical designs are essential in this aspect. Women in most countries and communities cut their hair or tattoo this movement’s symbols on their bodies. These arts are divided into different types, and we will show you some vital samples.

Today tattoo artists in Iran are growing, and these artists have done a great job in expanding this movement. They have created many artistic symbols, and now people worldwide, everyone, are tattooing them. 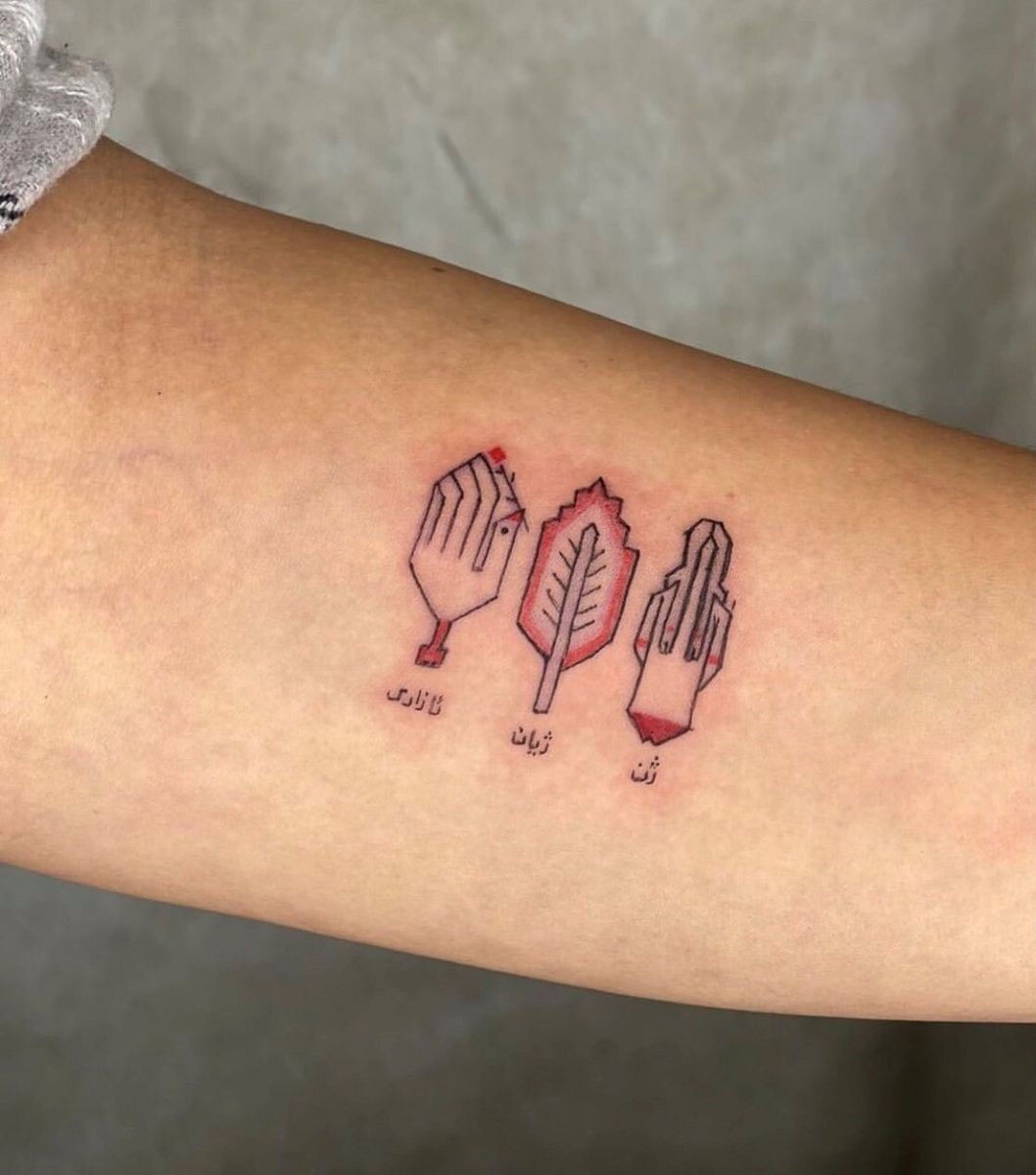 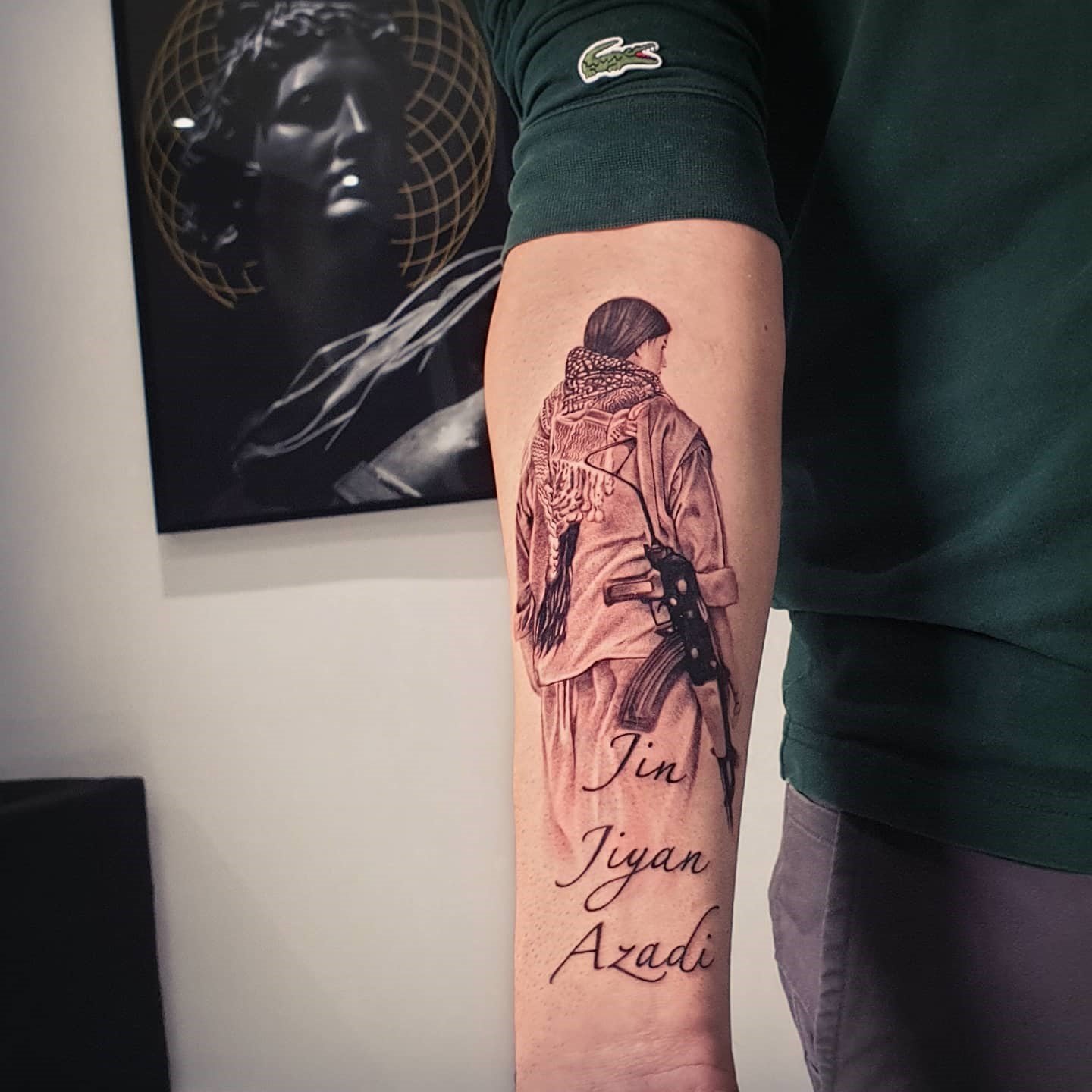 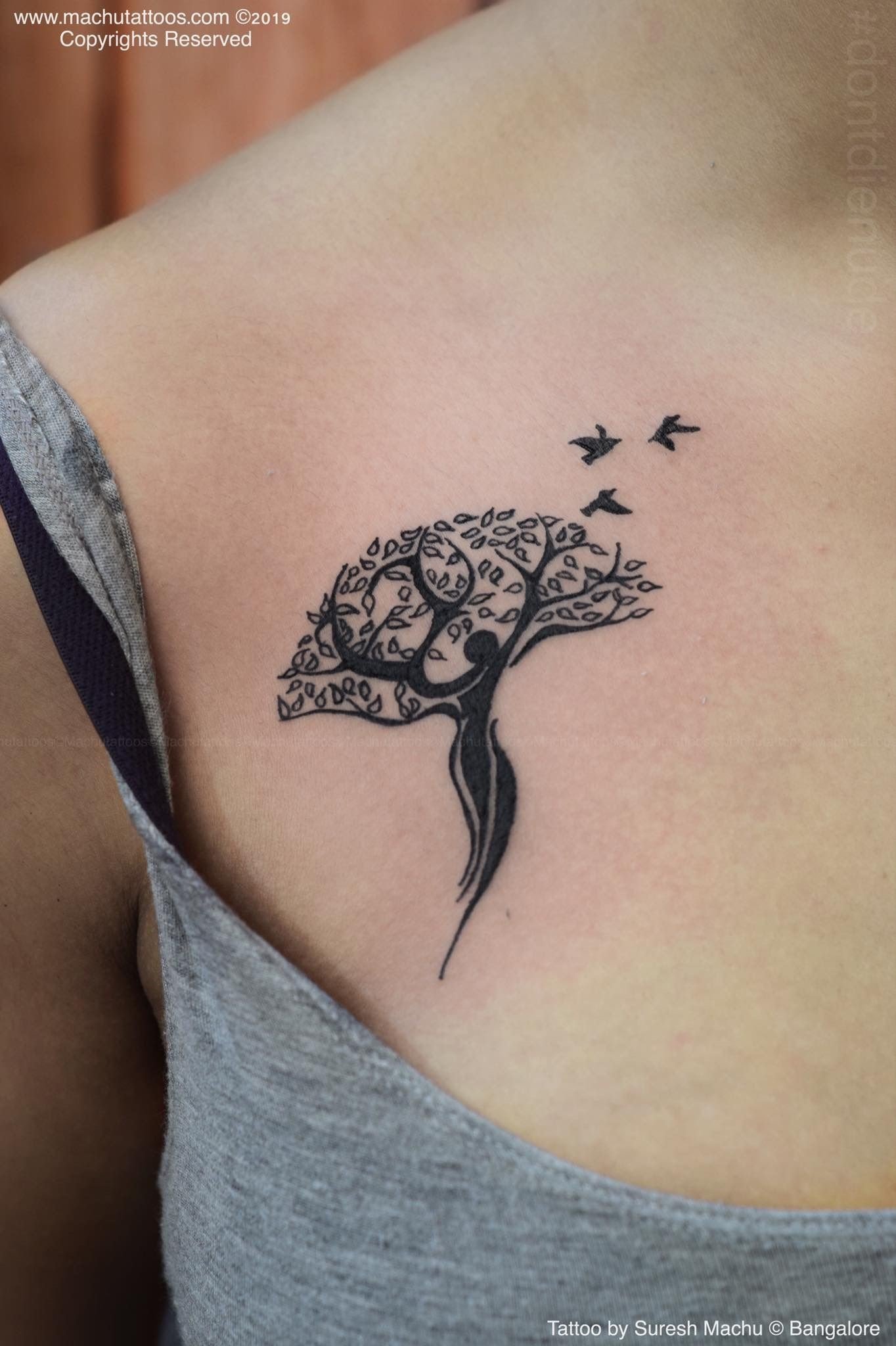 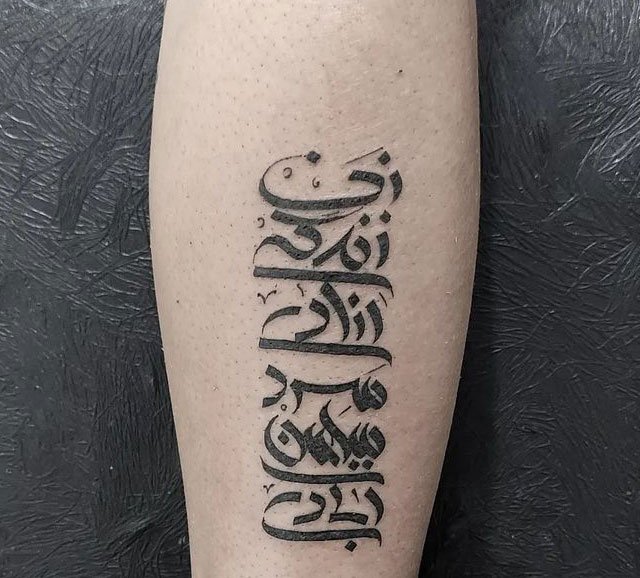 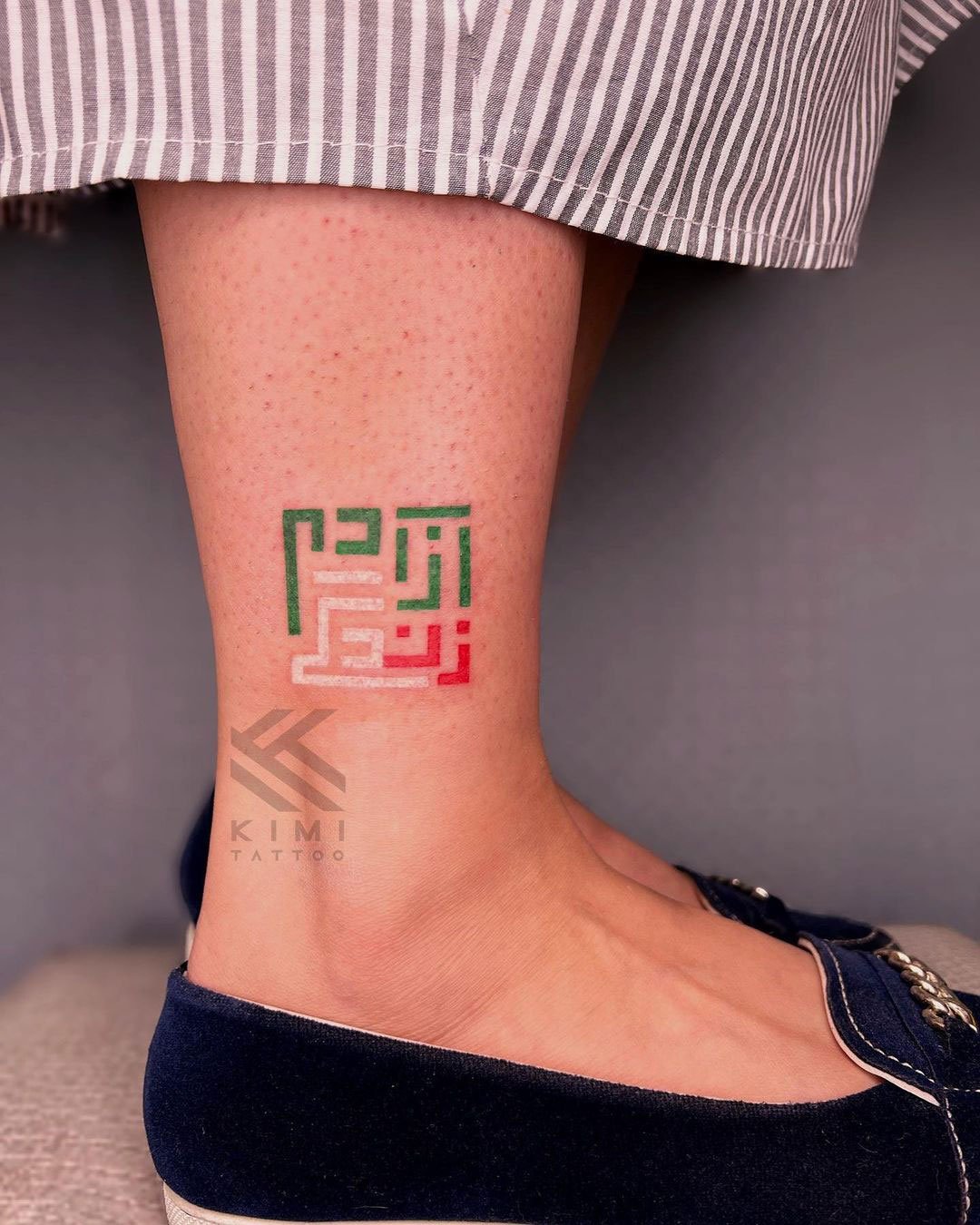 One of the most significant aspects of women-based movements is the wall drawings around the world. During the first wave of feministic movements, artists painted pictures on the street and expanded their activities. From that moment on, these wall drawings reaper again whenever we encounter a woman-based social activity. Now Iranians all over the world exhibit their art on the streets. 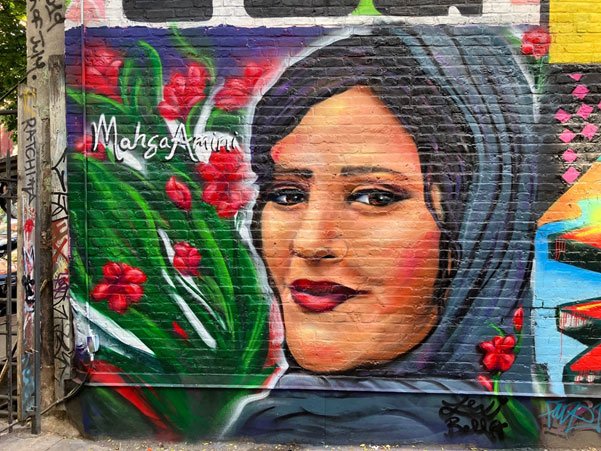 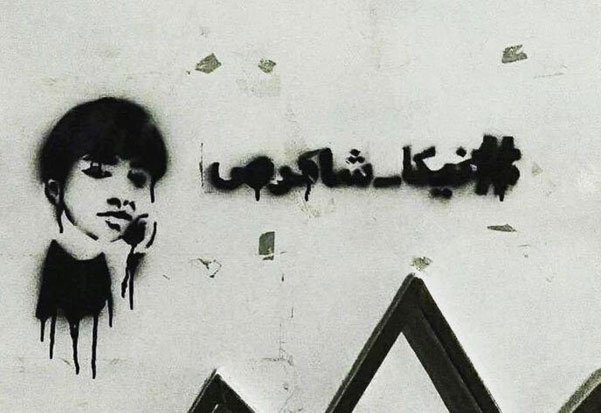 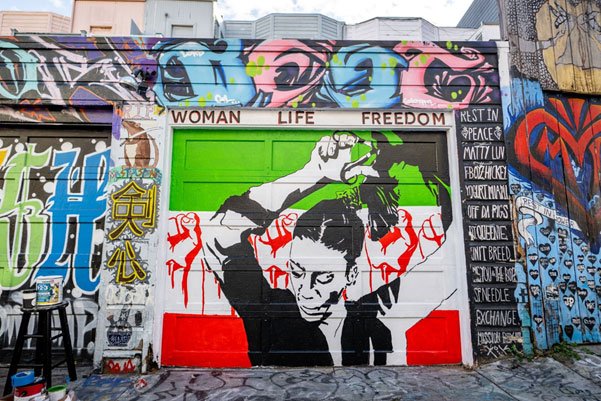 There are two drawings in this movement; the first is electrical drawings created by photoshop, and the second is hand drawings. We will share some of the best graphics in this part. 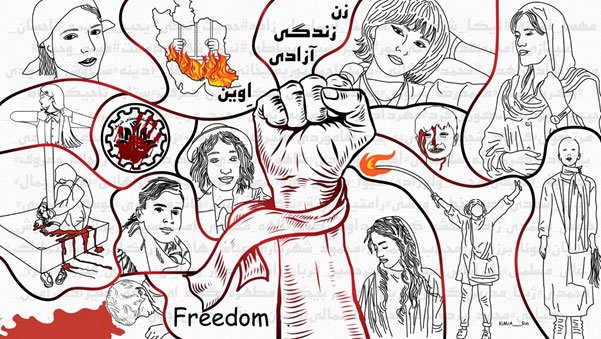 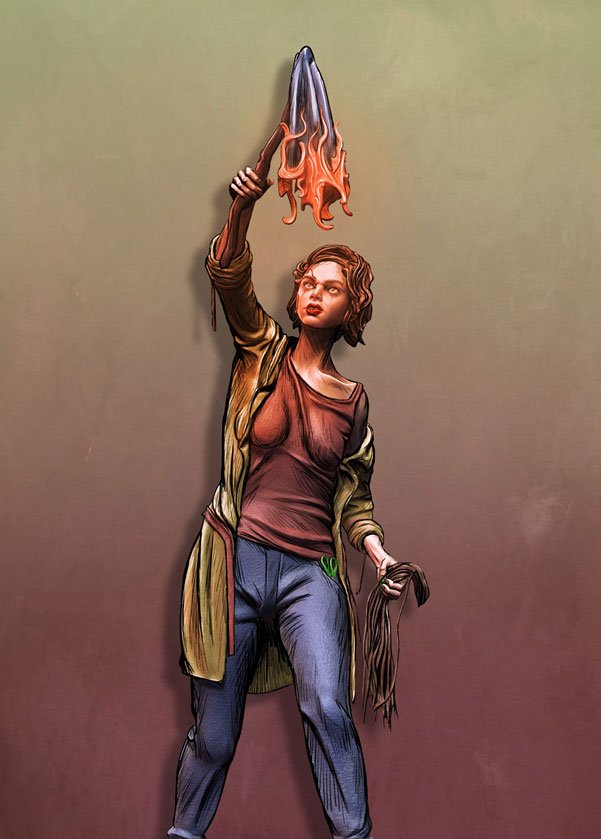 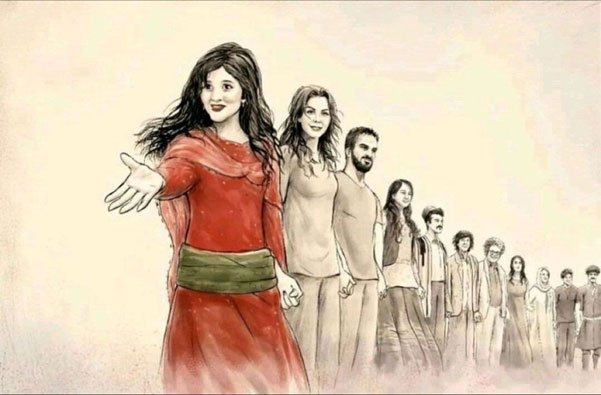 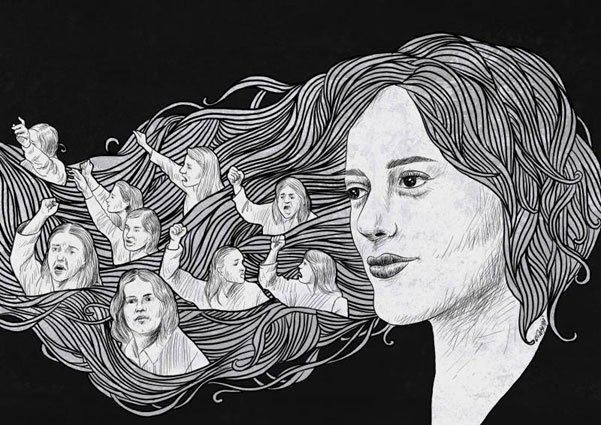