every social and political movement has its essence and characteristics. Most of these movements’ artistic features are divided into music pieces and graphical elements. The latest Iranian liberty movement, Woman, Life, Freedom, is one of the most potent feministic movements the world has ever seen. Iranians inside and outside this country tried composing many musical pieces that reflected the absolute truth inside the country. Among different songs released about this movement, a piece of music by Shervin Hajiazade, “Baraye,” became international and is a candidate for Grammy. However, it was not the only song on this subject; there were others, and now we will have a look at them. 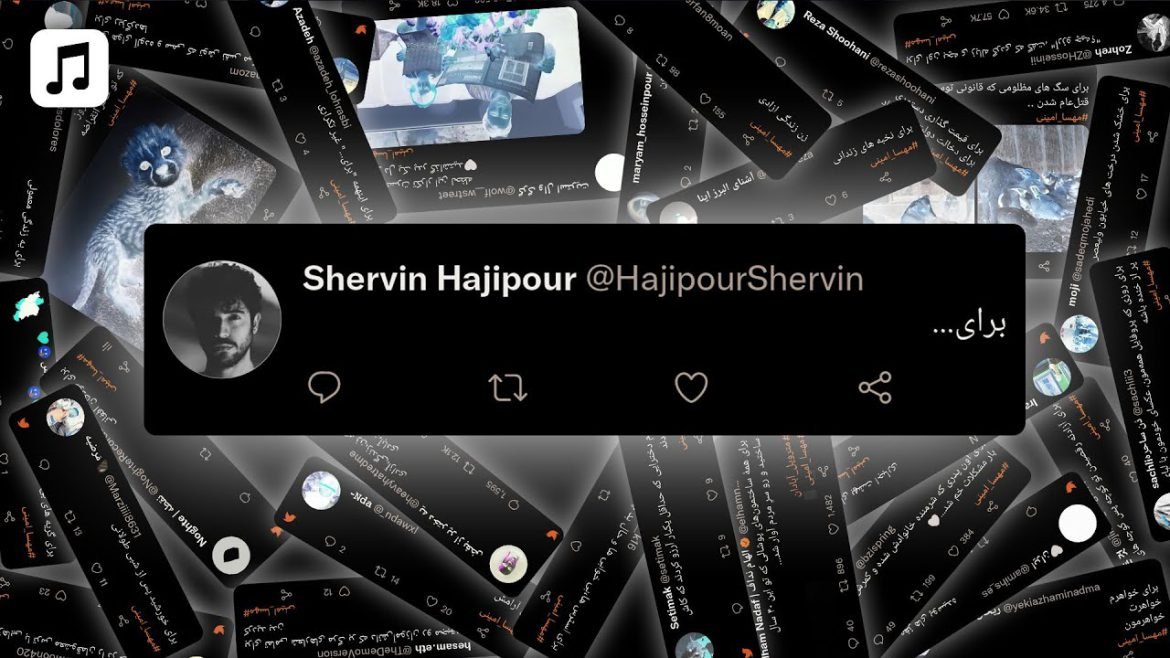 One of the most iconic songs an artist has written in political movements is Baraye. Shervin Hajizadeh is an Iranian songwriter, singer, and composer who first became famous when he participated in Iran’s The Voice program. His marvelous performance gave him the nickname of Iranian Cold Play. Shervin wrote the first song about this movement and posted it on his Instagram. Baraye was formed from protestors’ tweets indicating why we should overthrow the Islamic state. In only one week, he has liked more than 50 million his song is the first contender for Grammy Award. His song got so popular that IRGC officers arrested him for conspiracy against the Islamic regime and tortured him. After a week in prison, finally, Shervin agreed to take down the video from his page and published a story in which he said my song was not political.

For dancing in the alleys

For terror when kissing

For my sister, your sister, our sisters

For the shame of poverty

For the regret of living and ordinary life

For the dumpster diving children and their wishes

For this dictatorial economy

For this polluted air

For Valiasr and its worn out trees

For Pirooz and the possibility of his extinction

For the innocent illegal dogs

For the unstoppable tears

For the scene of repeating this moment

For the smiling faces

For students and their future

For this forced heaven

For the imprisoned elite students

For the Afghan kids 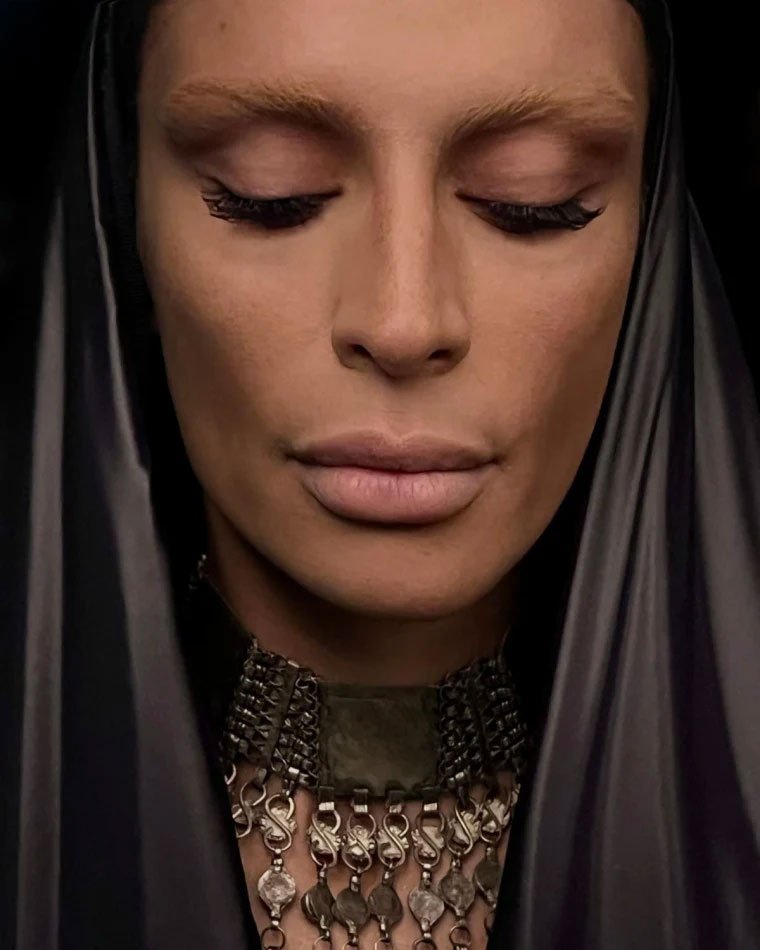 Sevda Alizadeh is one of the Iranian-Dutch singers whose political work started long before this movement. Sevda, nicknamed SEVDALIZA, mostly sings English songs; however, there is one Persian solo named Bebin and an album called Shabrang in her works. She was the second singer who published a song for this movement and attracted many international activists. Woman, Life, Freedom, the main Slogan of this movement, is the name of her masterpiece. Even though her song was not as catchy as Baraye nevertheless gained a lot of attention in Germany.

I was told to stay quiet

In a world full of noise

I was told to walk silent

In a war of wicked marches

I remain lost for answers

I was told to hold violence

When the world took with greed

I was put on a diet

Cause a woman shouldn’t be

I was taught compliance

In the name of the sword

That stabbed every dream 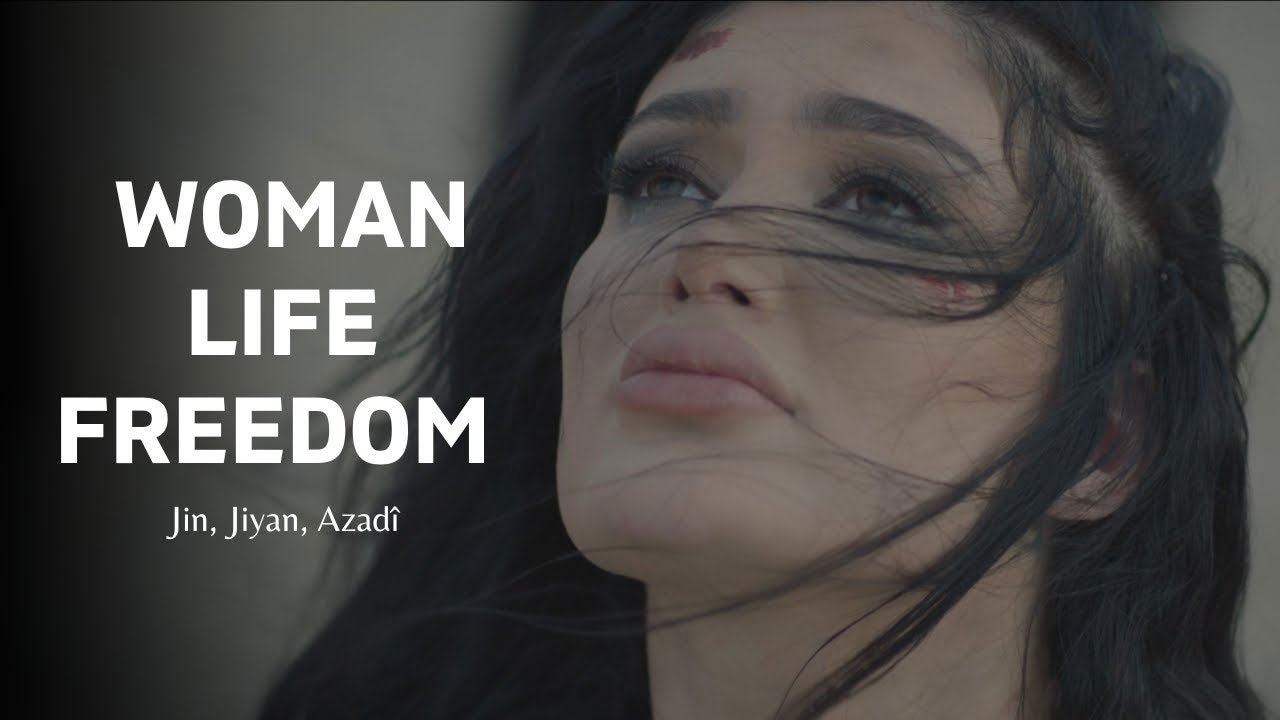 As we have already mentioned, this movement is international, and some well-known singers and celebrities support it. One of these celebrities was Helen Abdulla, which we mostly know as Helly Luv. This Kurdish singer wrote and performed one of the best songs for this movement, called Jin, Jiyan, and Azadi (the Kurdish translation of Woman, Life, Freedom). This song was significant from two distinct points, first; its lyrics reflected the Kurdish provinces’ situation. The second perspective was the video of this song showing how the Islamic regime behaves toward women. After this song, Helly Luv became one of the symbols of the brave Kurdish girls fighting for their freedom.

“Bella Ciao” is the traditional song of Partisan fighters during world war II and once again became popular after the money heist series. The professor and the Berlin song this beautiful piece of art before their artistic robbery; now it has a Persian version. An unclaimed music video uploaded to youtube shows a gorgeous Iranian girl who changed the song’s lyrics into Persian. This song was so catchy that even famous Turkish singers reposted it on their Instagram. In this song, the girl says that their wrath is changing into a will that can overthrow the current regime. Persian Bella Ciao was released before the “Baraye”; however, it trended after Shervin’s masterpiece.

Someone is singing from afar

The sky of our horror is the tablecloth of plague

shame from this suffering in vain

Finally, the new life will begin, on a hill of ash5

From your throat to our voice

We wake up at a moonlight night

Someone calls out “O people”

Either we are all together or we will all be alone

We will stay up until tomorrow 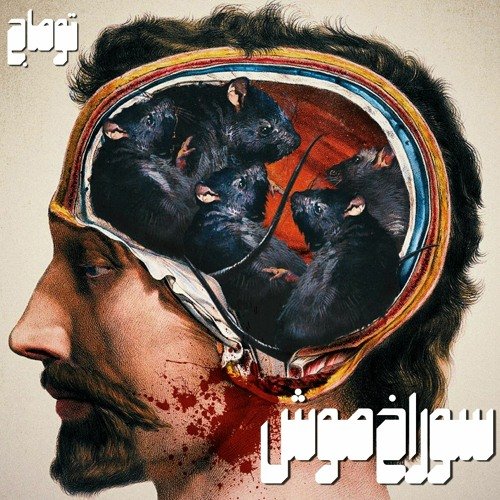 Tomaj Salehi is a Persian rap singer famous for his protest songs against the Islamic State. Since singing rap songs has no money in Iran, he has a day job at a metalworking factory. Tomaj first became famous on September 12, 202, when Isfahan’s IRGC officers arrested him for establishing propaganda against the regime. After ten days, he was released from prison; however, he faced six months for insulting the supreme leader’s authority.

After the death of Mahsa Amini, he released a solo ” mouse hole.” This new song was a catch; everyone in Iran used its text in their tweets. On October 30, 2022, Toomaj was again arrested for leading the protests in Shahin Shahr. After two weeks of heavy torture, he was forced to have an interview. Now Toomaj and his song are once the symbols of this revolution, and his bravery is exemplary.

If you saw peoples’ pain but looked away

You’re the hand of the tyrant, you’re a criminal too

If you put yourself to sleep, when they raided houses

If you play the middle and say “politics, what’s that?”

Just know there are no blank votes, there’s no neutrality in this war

If you covered your eyes your hands are drenched with blood

Though your far from the homeland, we still see

Remember, filth always leaks even from behind the clouds

If you covered up murders, you’re equally guilty

To cover up crimes, you’re walking through blood 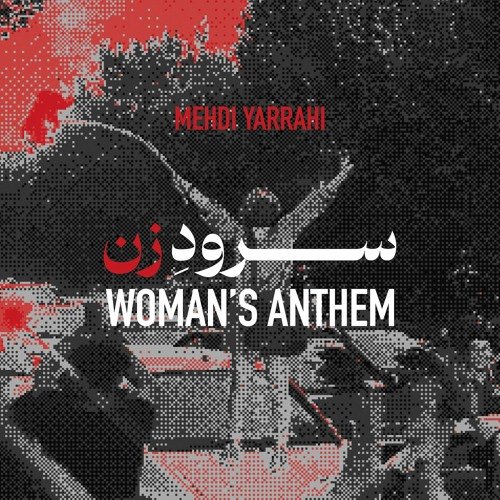 One of the legendary songs of this movement was performed by Mehdi Yarahi. Yarahi is one of the most famous Iranian singers that mostly sings pop songs; however, over the last three years, he mostly sings protesting pieces. The women’s anthem was performed by a group of women and encouraged everyone to forget migration to other countries, stay in Iran, and overthrow the current government. This anthem was very catchy that nearly a thousand students at Sharif university performed it simultaneously. Women’s anthem was the first song written in epic verse style since the death of Mahsa Amini.

In the name of you that is our code word

Sing; So that the city be filled with the woman’s anthem

So that this homeland grows into a homeland!

At night, they dance along the streets

My brother, my fortress, whose luculent shadow holds me light

His running, his broad chest, is my safe refuge

They whip the onlookers’ bodies!

These self sacrificing folks are a part of my being!

In-lieu-of them, beat my heart!

The world becomes a song!

Allow me, to kiss them in blood

So that it will remain immortal!

Hairs put up; What a tremendous sense of awe!

They killed whoever recounts a heinous crime!

Why immigrate? Stay and take back!

Sing; So that the city be filled with the woman’s anthem

So that this homeland grows into a homeland! 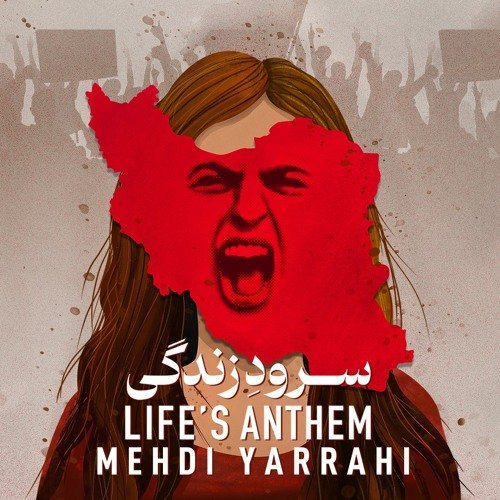 life’s anthem was the second song that Mehdi Yarahi sang after the success of his first anthem. Life’s anthem is also an epic verse, and this song is the first piece Yarahi performed as a solo artist. In this song, Mehdi Yarahi’s audience is the government itself, and it informs that whatever the Islamic state does will have serious consequences. In the song’s middle, Mehdi encourages everyone to get together and fight against the government.

You are afraid of our one color heart

Sing the description of courage from the line of our song

You brought glass to break our stone

To the curse of mothers

to the cry scattered in the sky

to the fury of the East

To the glorious rebellion of the young generation

Take your head out from under the yoke of slavery

Compilation of the hymn of life

Let go of the grudge in your throat

A religious group in the central province of Yazd mainly performs traditional spiritual laments. After Mahsa’s death, even though they were a religious group, they sang a very political dirge and encouraged everyone to rise. In this sorrowful lament, the poet uses religious allegories to invite everyone to the streets.